After about five minutes it is absolutely clear that The Way Way Back is going to stick with you. The Way Way Back may not have received much in the way of mainstream appeal but what it lacked in popularity it more than made up in both overall filmmaking and cast dynamic. Sam Rockwell, Toni Collette, Amanda Peet, Allison Janney, Maya Rudolph, and Steve Carrell all bring spectacular supporting performances to highlight a rather memorable breakthrough performance from Liam James. 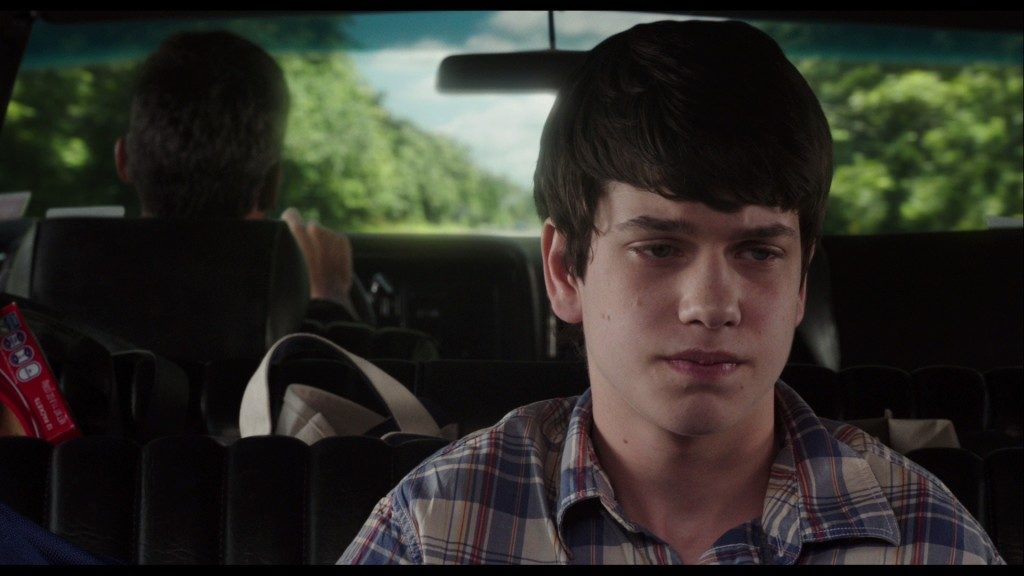 The Film
Our story follows Duncan, an all too awkward teenager clearly having a rough go of it. We first meet Duncan having a conversation with his Mom’s boyfriend (Steve Carell) who clearly does not have Duncan’s best interest at heart. We start to see Duncan suffer internally from all of this with no sign of it letting up anytime soon. With no help from his mother (Toni Collette), we see Duncan slowly breaking down inside. Constantly looking for a way out and looking for a way to connect, Duncan seems doomed to be a social outcast. A light of hope emerges in the form of an irresponsible water park owner named Owen (Sam Rockwell) who seems to be the only one who takes an interest in him. 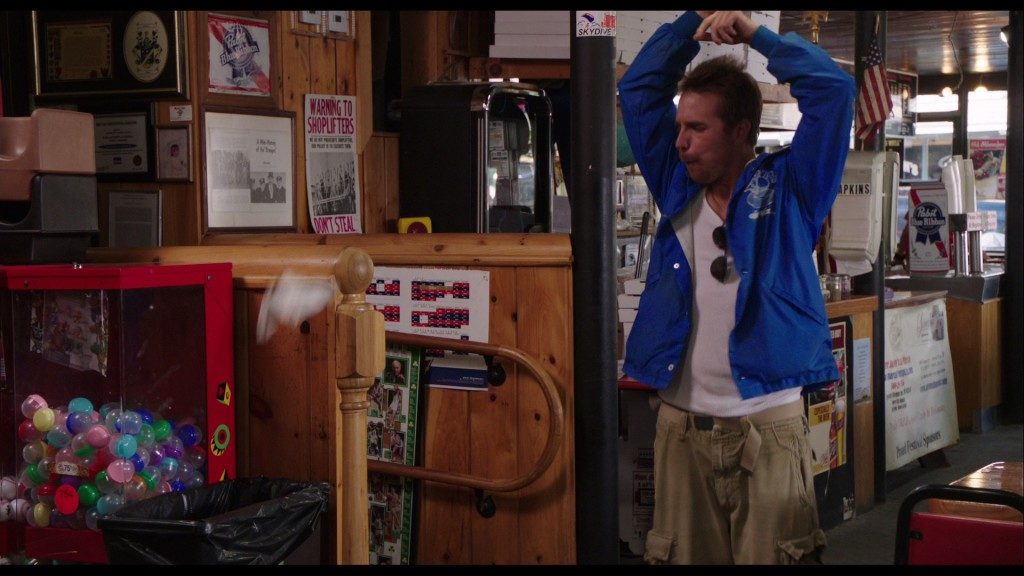 There is not a lot in the way of grandiose awe inspiring special effects or bright colors; however, the film remains beautiful. The transfer seems natural and only seems to compliment the story wherever it can. The movie is filmed with a rather specific vision in mind from first time Directors Jim Rash and Nat Faxon. Whether it was a very isolated, claustrophobic feel when Duncan is in the summer home or the freeing, wide open feel when he is outside – it all comes off very deliberate.

One thing I really enjoy in this film is the soundtrack. When choosing the soundtrack they avoided the common pitfall of choosing overly mainstream indie pop songs to convey emotion, but instead choosing songs that fit the scenes without losing touch with the moment.  What I like even more than the song choices is the moments to have no music at all. Some moments do not need music and this film definitely found that line and took advantage of the drama it can add to any given situation. Something else that we can take for granted on a lower budget indie film such as this is proper editing. The film did a great job in maintaining an agreeable volume which may seem like a small feat but most of the major blockbusters fail to do this so it shows great care.

The film came with rather standard packaging nothing really to brag about. I was kind of surprised there was not at least a slip cover that came with it. However, with a lower budget film like this I was not surprised to see the eco-packaging is the one that Fox opted to go with. 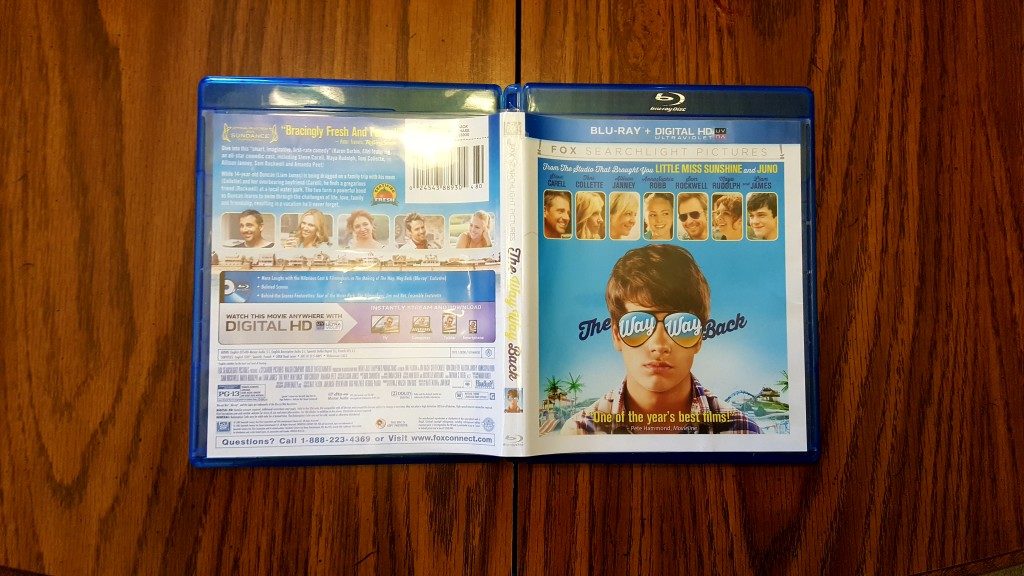 Even though this was an Indie, small-budget film, Fox Searchlight packed some really interesting extras onto the disc.  Nothing too out of the ordinary, but they all seem rather suited to the nature of the film and are emotionally driven by the cast and crew. 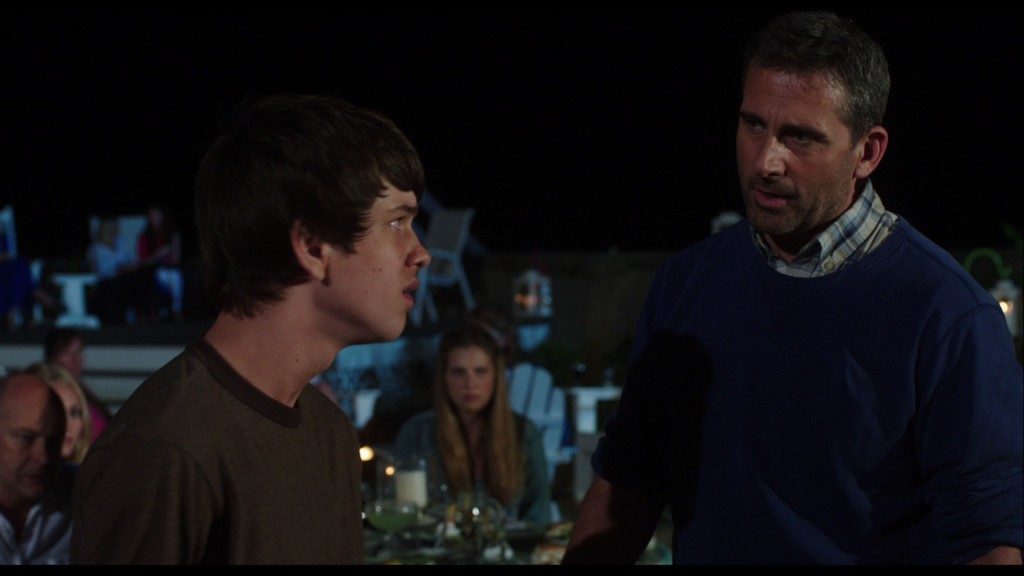 Overall
I didn’t know much about The Way Way Back when I had gone to watch it the first time, however it did not take me long to realize that this was going to be one I enjoyed. One aspect I really want to mention is that Steve Carell plays a complete tool during the film and you really start to hate him very quickly. Most of us are not used to seeing Carell this way but it suits him and he definitely shows some range as far as acting during the film. The film really has a lot going for it, and Jim Rash and Nat Faxon really manage to bring some all too real comedy throughout the film, driving the story without taking away from the heart of the film. Duncan might be the most awkward teenager you will ever see on film but I think you will be surprised how much you find yourself empathizing with his struggle. This film is definitely worth the purchase and it is one of my personal favorites. You can purchase this edition HERE.