Fantastic Beasts: The Crimes of Grindelwald is a 2018 fantasy film that was directed by David Yates and written by J. K. Rowling. A joint British and American production, it is the sequel to Fantastic Beasts and Where to Find Them. It is the second installment in the Fantastic Beasts film series, and the tenth overall in the Wizarding World franchise, which began with the Harry Potter film series. The film features an ensemble cast that includes Eddie Redmayne, Ketherine Waterson, Dan Fogler, Alison Sudol, Ezra Miller, Zoe Kravitz, Callum Turner, Claudia Kim, William Nadylam, Kevin Guthrie, Jude Law, and Johnny Depp. The plot follows Newt Scamander and Albus Dumbledore as they attempt to take down the dark wizard Gellert Grindelwald, while facing new threats in a more divided wizarding world.

A second Fantastic Beasts film was announced in October 2014, and in July 2016 Rowling confirmed that she had completed the script. Depp was cast in November 16, causing some controversy due to domestic violence allegations that were recently made against him, and Law signed on in April 2017. Principal photography on the film began at Warner Bros. Studios in Leavesden in July 2017. Filming also took place in London, Switzerland, and Paris, and ended in December 2017.

Fantastic Beasts: The Crimes of Grindelwald premiered in Paris on November 8, 2018, and was released worldwide on November 16, 2018, in Real D 3D, Dolby Cinema, IMAX, and ScreenX, by Warner Bros. Pictures. The film has grossed over $653 million worldwide, making it the tenth-highest-grossing film of 2018, but the lowest total of the Wizarding World franchise. It received mixed reviews from critics, who praised its entertainment value, as well as the direction and performances (particularly from Redmayne, Laww, and Depp), but criticized the “needlessly complicated, low-stakes plot” while feeling that it was “overburdened” with details setting up for future sequels.

Fantastic Beasts: The Crimes of Grindelwald was nominated for two awards at the 72nd British Academy Film Awards in the categories of Best Production Design and Best Special Visual Effects. A third untitled film is scheduled to be released in November 2020. 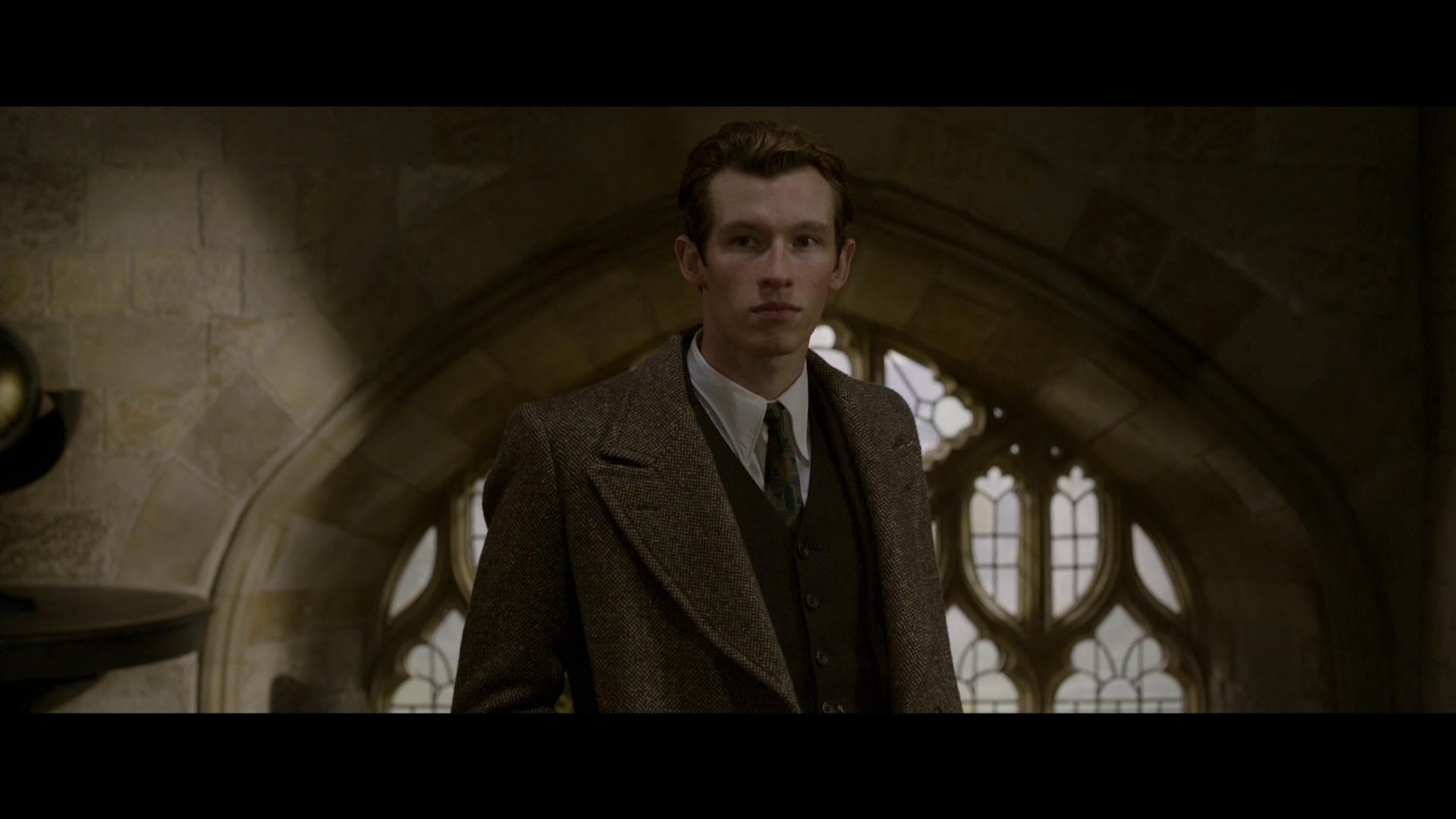 Honestly speaking, I’ve never really been a huge fan of the films since the end of the Harry Potter saga. Going into The Crimes of Grindelwald is a tad rough, the story struggles to get that momentum it needs to really get things going, and overall has a considerably slow pace to it. With the overall amount of characters in this story, and the understanding that not too many of them are of significant importance, the entire experience as a whole leaves you feeling stuffed, and the entire film bloated the entire time. Each of the cast members involved carried out their performances really well, and you can tell that their dedication to their characters was there; if it weren’t for the terrible pacing, and the overuse of characters in the film, it would have had a lot of potential for being the better of the two Fantastic Beasts movies. 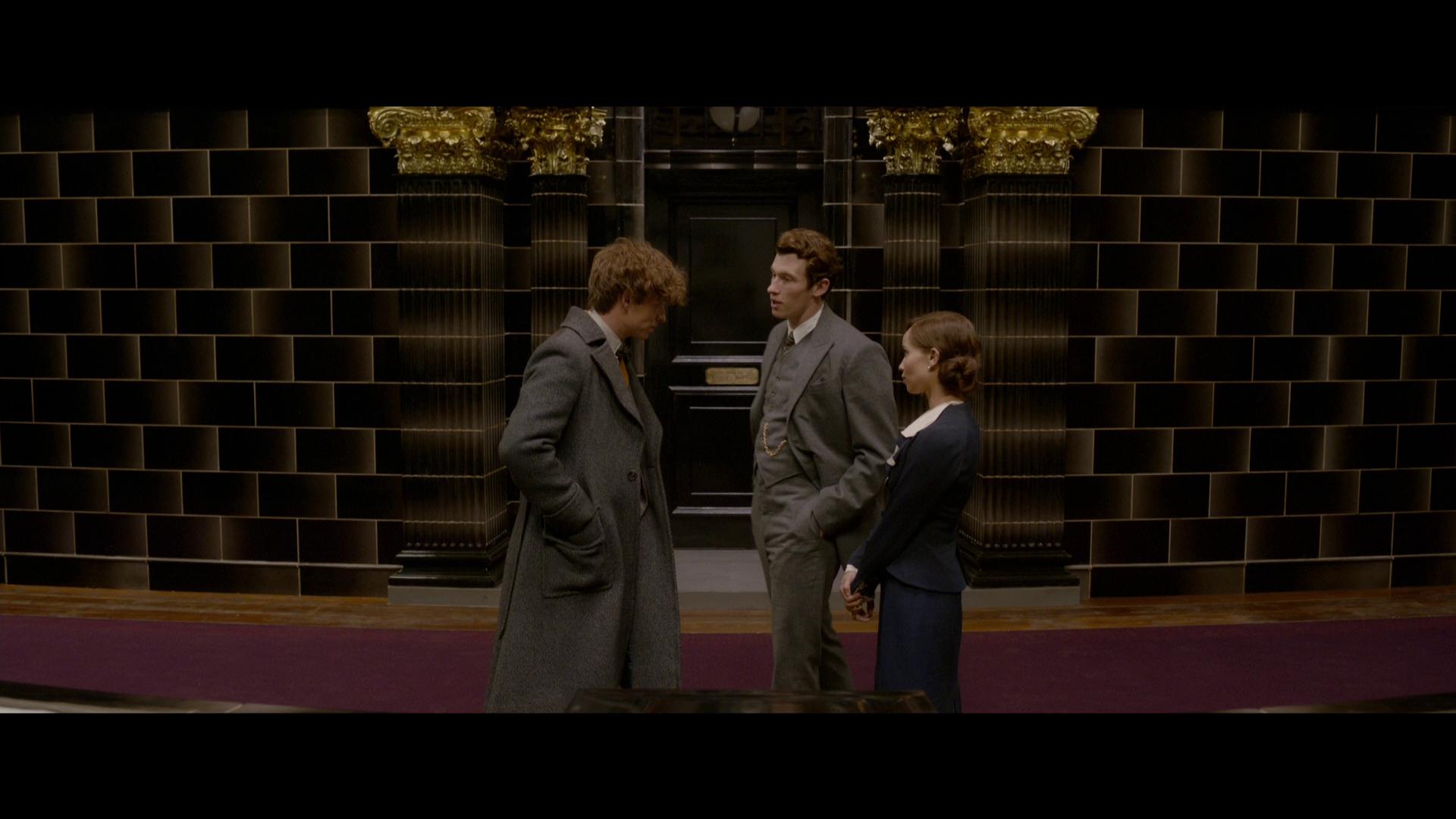 Made available in a 2.40:1 presentation courtesy of Warner Brothers, Fantastic Beasts: The Crimes of Grindelwald offers an extremely clean, and precise look into the portions of the book that are being provided with this release. Overall, the movie is dark, but there are a number of boosts of color throughout and with the inclusion of the computer generated effects, offers some beauty to the overall thing. Those effects appear to be very natural and blend into the scenes really well; and the various skin tones of the characters appear to be well defined, ensuring that the characters are visibly seen and understood despite their darker surroundings. 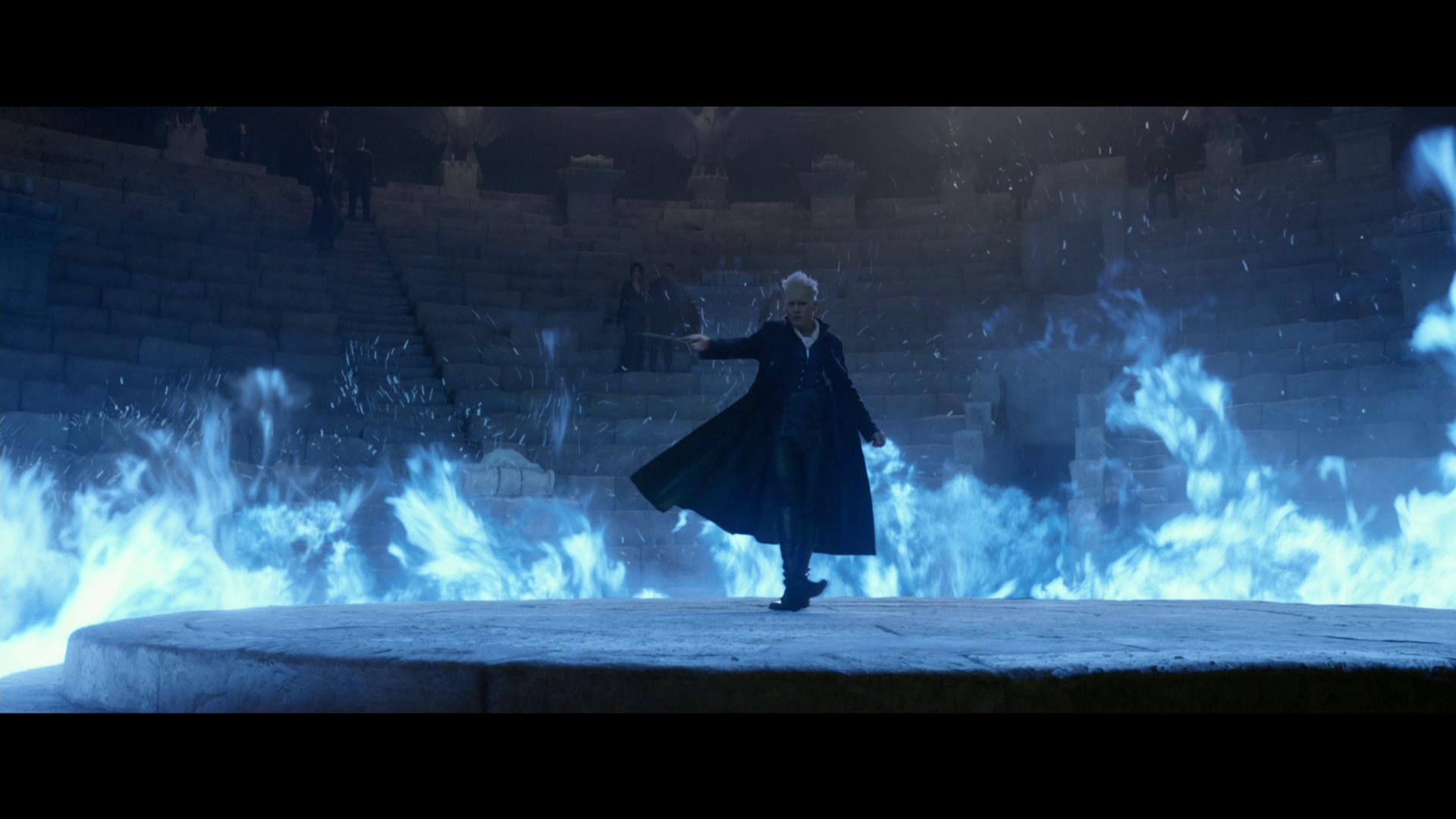 Packaged with an English Dolby Atmos audio track, Fantastic Beasts: The Crimes of Grindelwald offers an absolutely all out immersive audio experience, assuming you’re setup for Atmos at home. Coupled with their impressive visual performance, the Blu-ray really does a great job at placing you right in the middle of everything, allowing for the ultimate experience to grace your ears. The transitions between the various channels are seamless, allowing for the immersion to feel all the more natural, while the dialogue is crisp and clean, ensuring that the characters are heard and understood without the need to manually adjust the volume levels as it progresses. 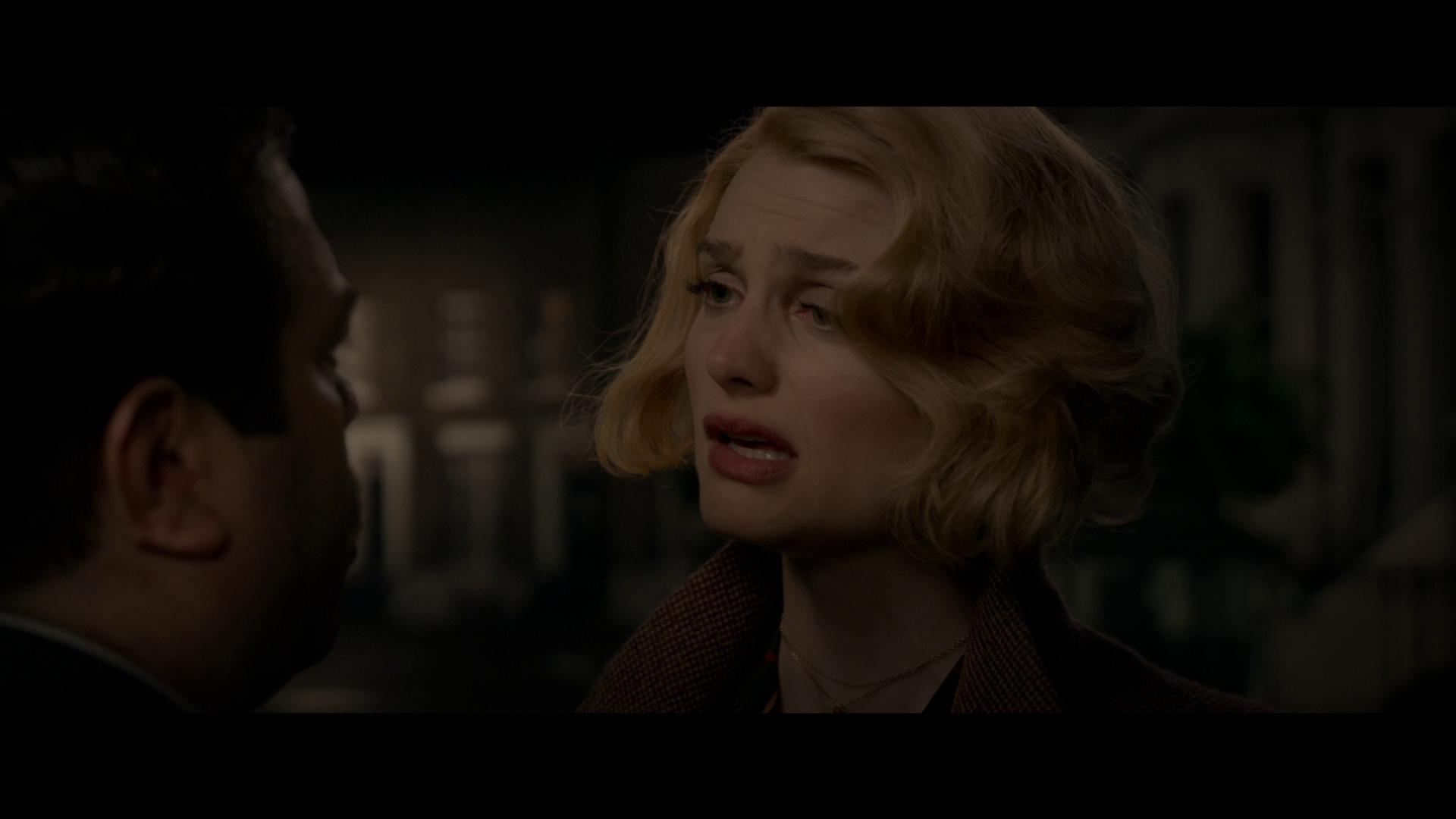 Fantastic Beasts: The Crimes of Grindelwald comes packaged in a two-disc amaray Blu-ray case.  Neither the Blu-ray nor the DVD include any artwork beside the standard release text.  There is a digital copy redemption pamphlet as well as a slipcover that’s been made available in the initial pressing of the release that features the same artwork as the case art. 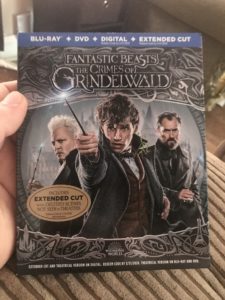 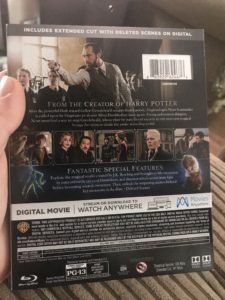 An Extended Cut of the film is also advertised, but it’s only redeemable via the Digital Copy code. This is listed as being approximately 7 minutes longer than the theatrical version, and presumably just adds in a few of the deleted and extended scenes above.

There are a handful of special features that are included on the Blu-ray release of Fantastic Beasts: The Crimes of Grindelwald. The content included offers more of a focused look at the work that went into making this movie, both from a writing standpoint and a production standpoint. Overall, I found the bonus material on this release to be a generally nice experience and couldn’t really offer any kind of constructive criticism. That said, included with this release is: 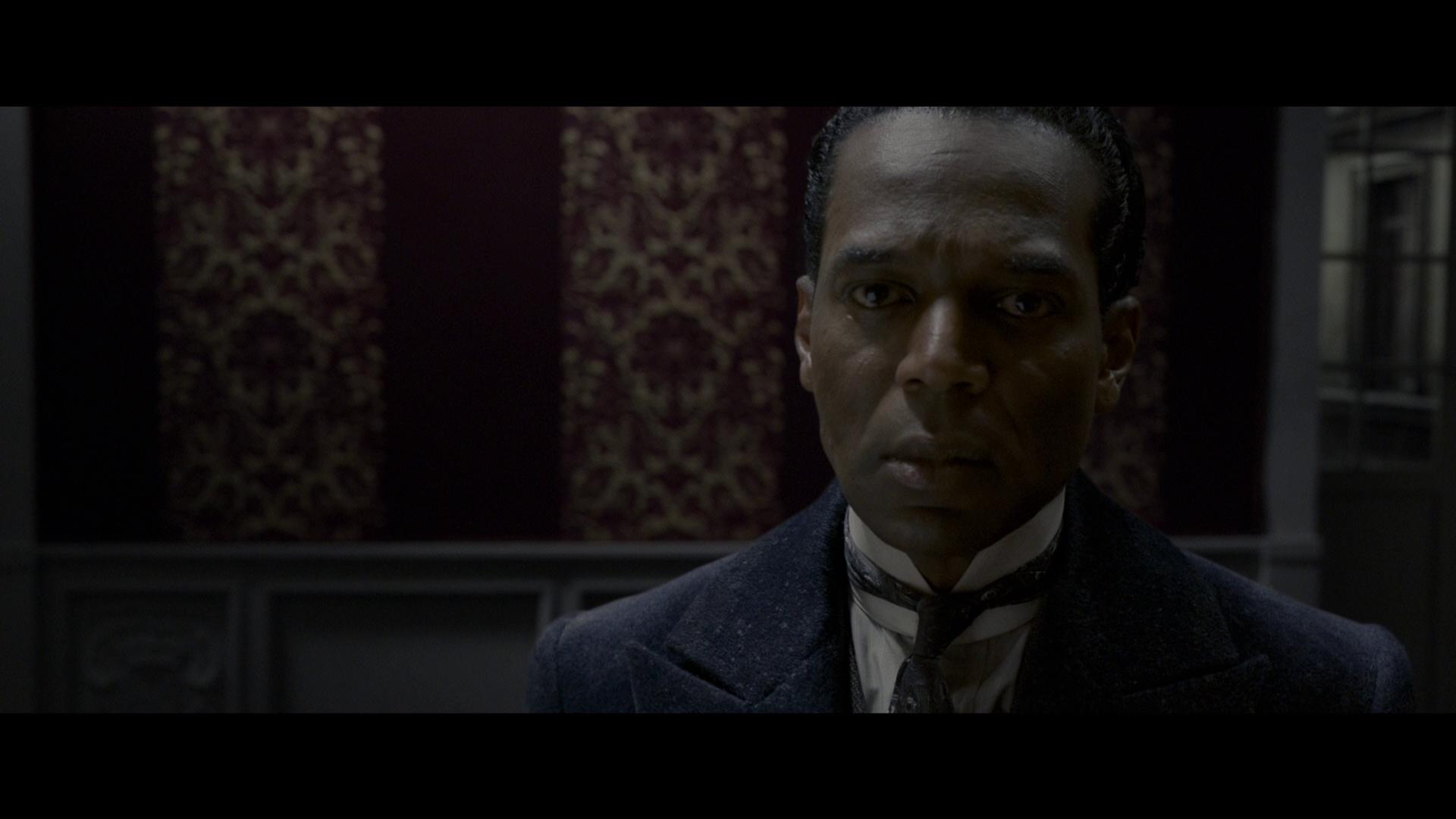 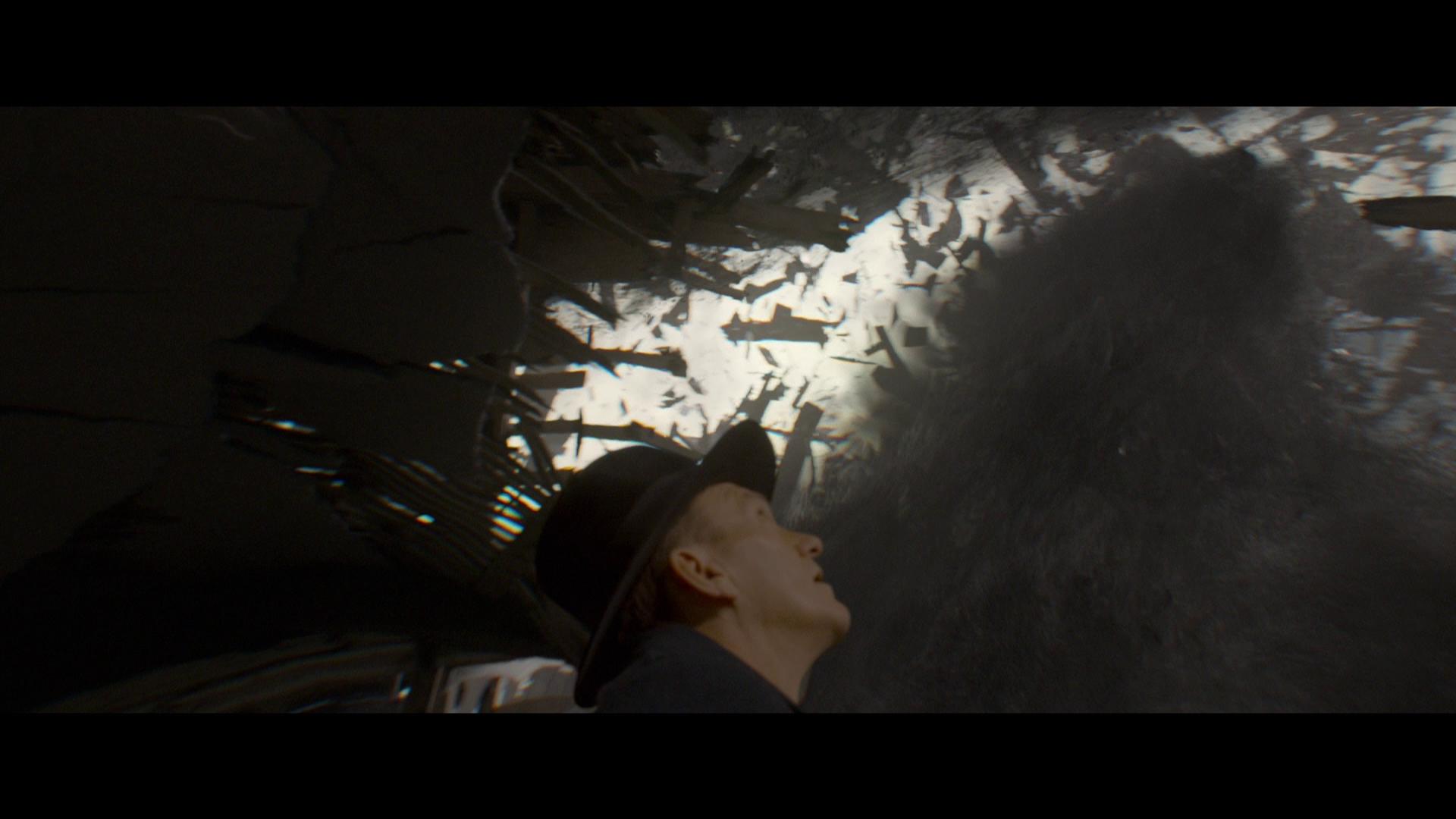 Overall, Fantastic Beasts: The Crimes of Grindelwald is an okay continuation of the story. While the story as a whole moves really slow, and there’s just way too much going on in this release, I can’t complain too much because I didn’t really have high expectations with this movie. The visual and audio presentation of the Blu-ray release were really well done, and overall it made for a pleasing experience for the ears and eyes. The special features that were included were really nicely done and offered some pretty solid content. If you’re a fan of the franchise, and are too looking to expand into this latest venture, then I’d recommend grabbing Fantastic Beasts: The Crimes of Grindelwald that hits 4K UHD, 3D Blu-ray, Blu-ray and DVD tomorrow. 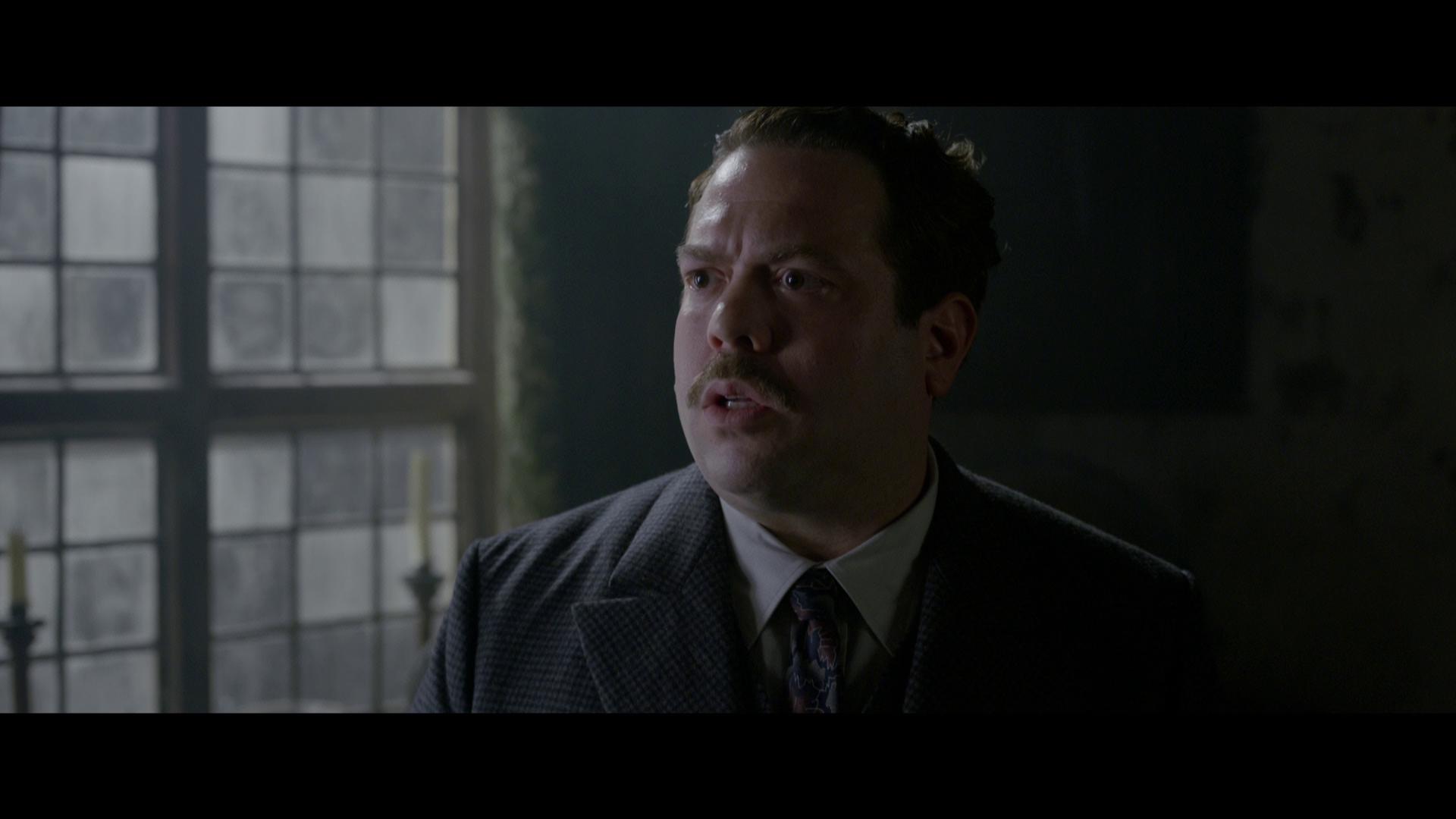