Creed II is a 2018 American sports drama film that was directed by Steven Caple Jr., and written by Sylvester Stallone and Juel Taylor from a story penned by Sascha Penn and Cheo Hodari Coker. A sequel to the 2015 Creed and the eighth installment of the Rocky film series, it stars Michael B. Jordan, Stallone, Tessa Thompson, Dolph Lundgren, Florian Munteanu, Wood Harris, and Phylica Rashad. Creed writer-director Ryan Coogler serves as an executive producer on the film. The film follows a fight that’s been over 33 years in the making, as Adonis Creed meets a new adversary in the ring: Viktor Drago, the son of Ivan Drago, the powerful athlete who killed Adonis’ father Apollo Creed.

Taking place just three years after his loss to “Pretty” Ricky Conlan, Adonis Creed scores a string of victories, culminating in a victory over Danny “Stuntman” Wheeler to win the WBC World Heavyweight Championship. Now a worldwide star, Adonis proposes to his girlfriend, Bianca Taylor, who agrees to marry him. When Bianca starts to suggests the idea of starting a new life together in Los Angeles, Adonis is reluctant to leave his life in Philadelphia behind.

A Creed sequel was confirmed in January 2016, although due to both Coogler and Jordan’s involvement in Black Panther, the film was delayed, with Coogler ultimately being replaced by Caple. Stallone completed the script in July 2017 and announced that Lundgren would be reprising his role as Drago, and filming began in Philadelphia in March 2018, lasting through July. Creed II was released in the United States by Metro-Goldwyn-Mayer Pictures on November 21, 2018. The film has grossed over $211 million worldwide and overall has received generally positive reviews from critics, who praised the cast and the character development, calling it a “solid, if predictable” sequel. 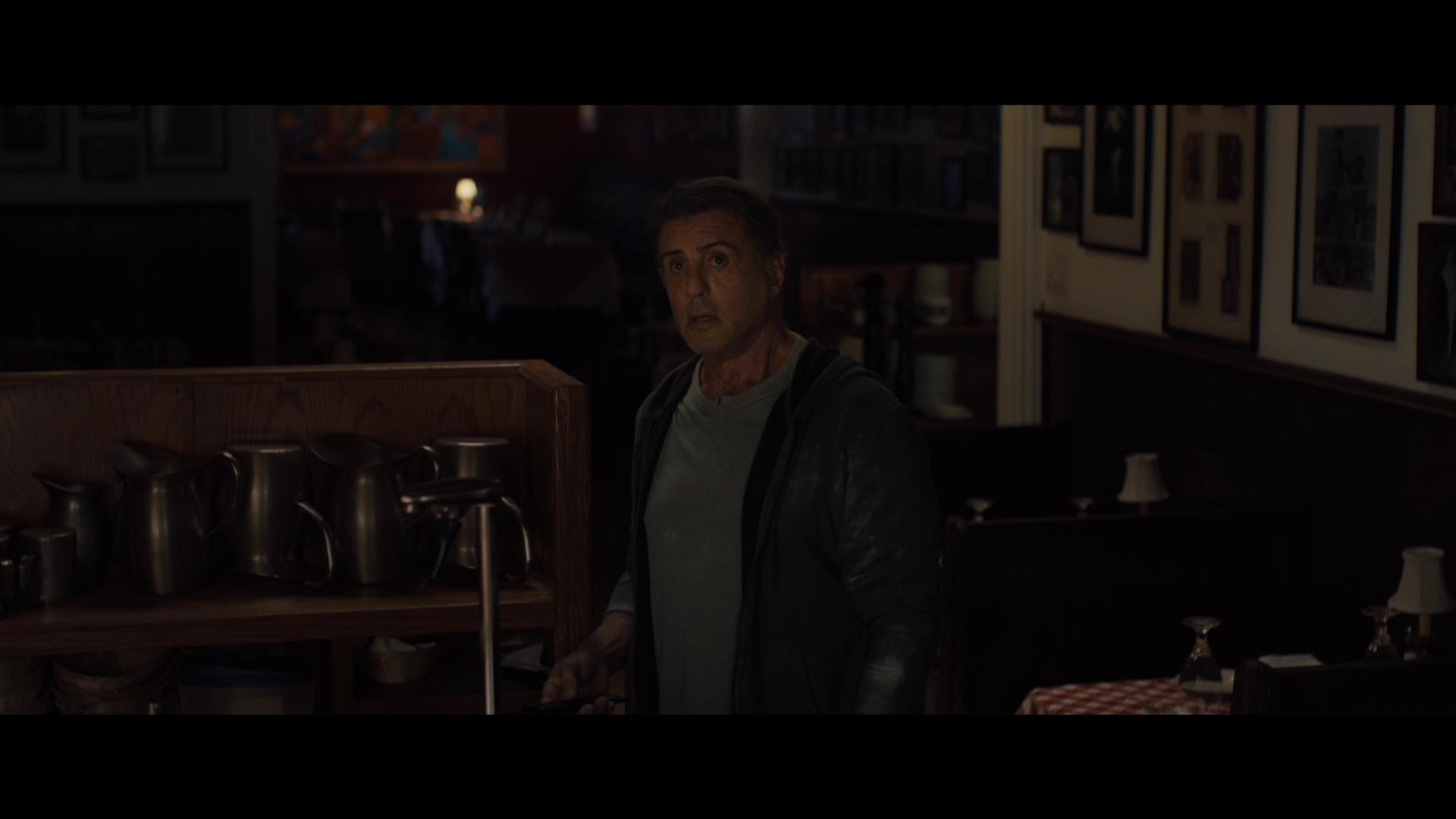 Creed II is a movie that doesn’t really rely on the build up to a big fight as we’ve seen with other films of the franchise, and centers itself around more of the personal drama within the narrative. With it having more than one fight scene, we follow along with a number of considerably heartfelt moments and experience somewhat of an empathetic feeling with the typical father/son dynamic. Feeling somewhat slow at times, the movie doesn’t try to overload audiences with big chunks of subplots, and overall gives its viewers a pretty solid and very nostalgic feeling. Performances from everyone involved were pretty well executed, and overall the movie offers an experience that allows you to continue onward in the big storyline while having an appreciation for the work and efforts that went into this movie alone. 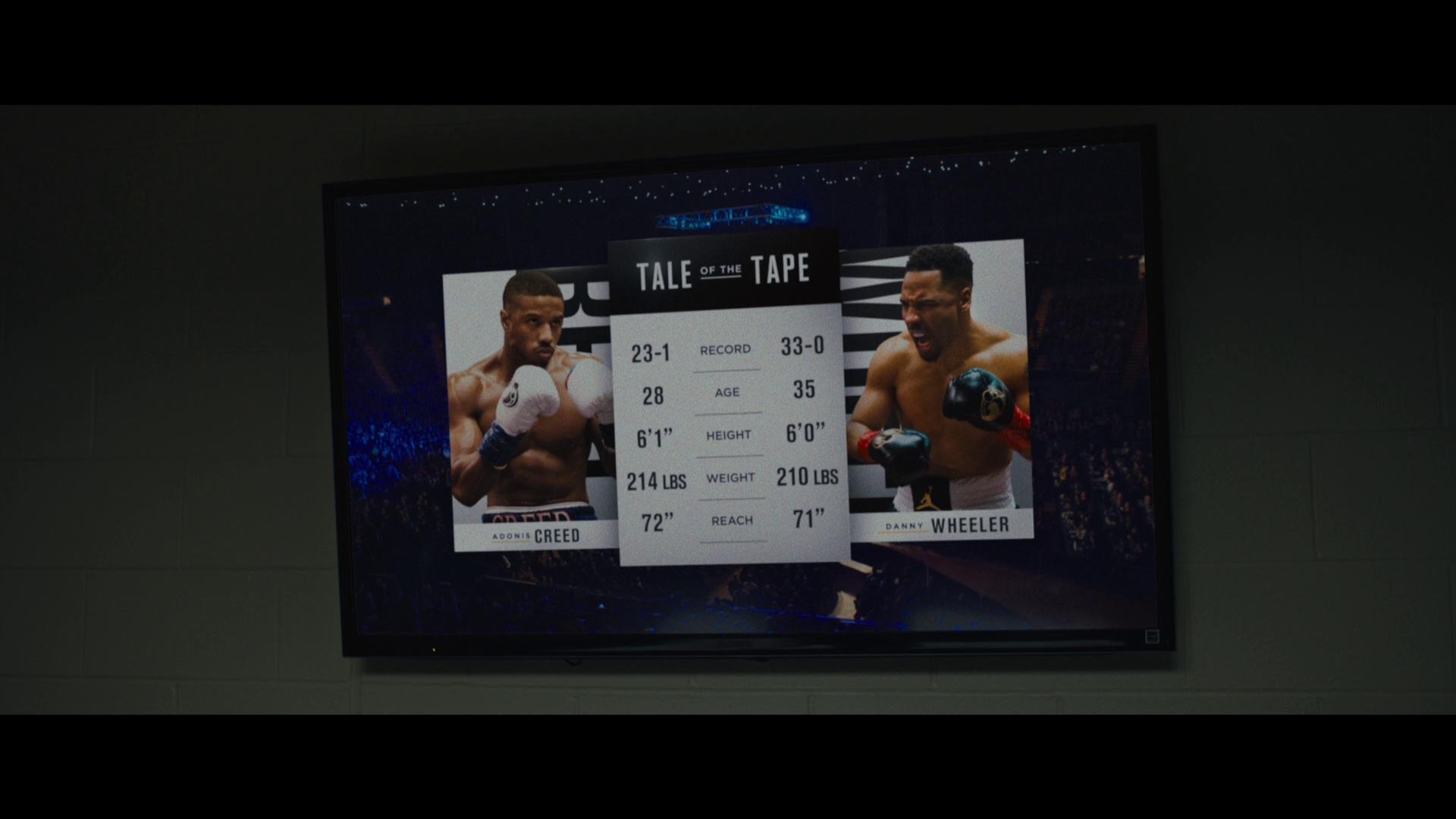 Originally shot on the ARRI Alexa Mini and ARRI Alexa XT with an output resolution of 2.88K, Creed II had to be downscaled to 1080p for the standard Blu-ray release. While there aren’t too many scenes that offer a stunning visual display of events, the storyline centers itself around more of the standard life drama, and the overall experience that is to be had with the presentation does a really good job at visualizing that. With its representation of the emotional aspect of the storyline, coupled with the few fight scenes that occur, audiences are able to perfectly capture the story of the movie, and experience everything with out any issues. 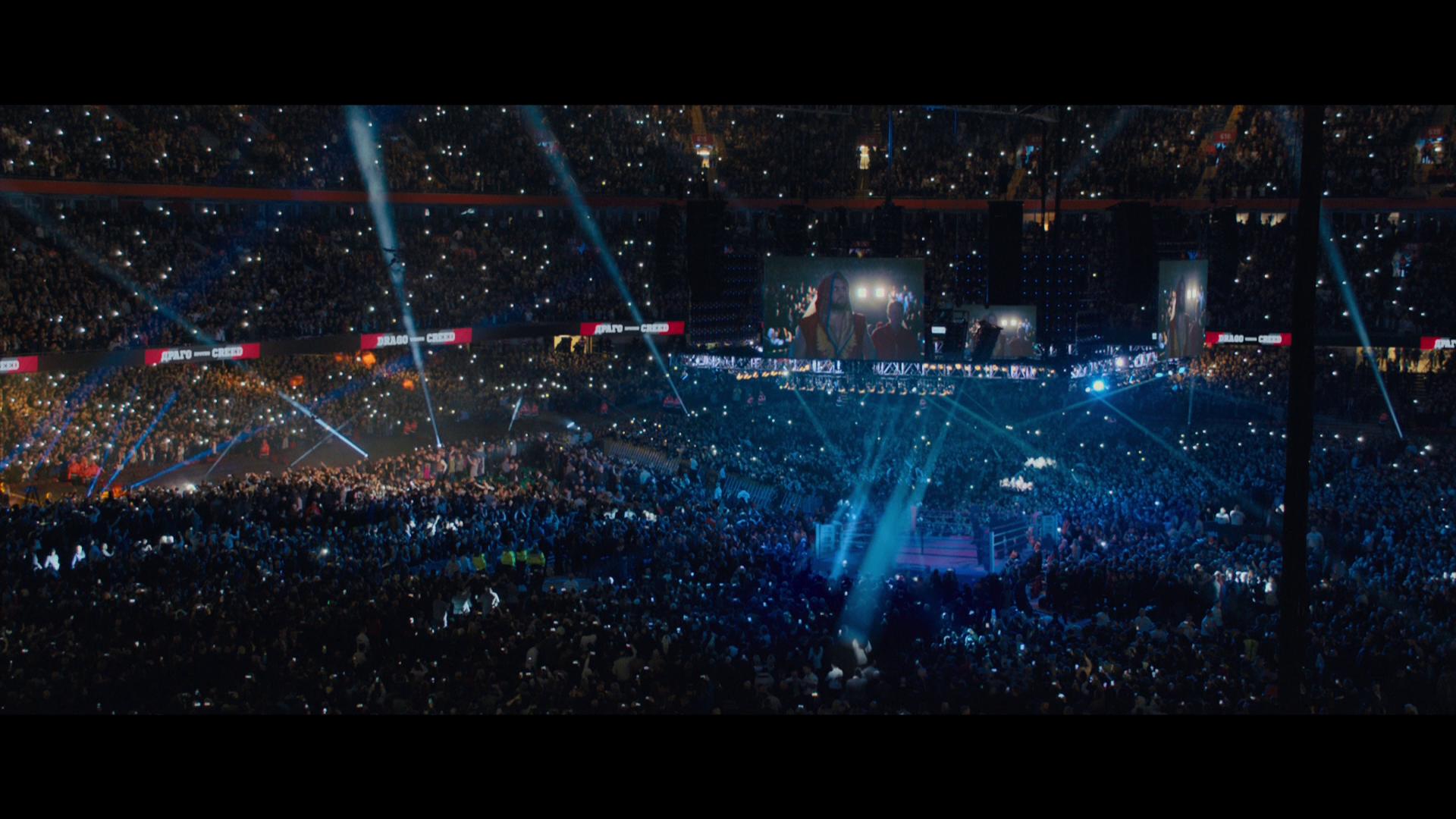 Packaged with an English Dolby Atmos audio mix, the Blu-ray release of Creed II does an absolutely phenomenal job at conveying the movie in a powerful enough manner that does a really great job at placing you right into the middle of everything. Despite the movie’s lack of visual excitement overall, the conveyance of the emotions that accompany the struggle that comes with Adonis’ relationship with his father were absolutely the most powerful part of the audio track, while the fight scenes did an astonishing job at making sure you felt like you were in one of the seats of the arena. The transitions from channel to channel were effortless and did a great job at adding to the level of immersion; while the dialogue was spoken cleanly, ensuring that the characters could be heard and understood without any need to adjust the volume levels going into it. 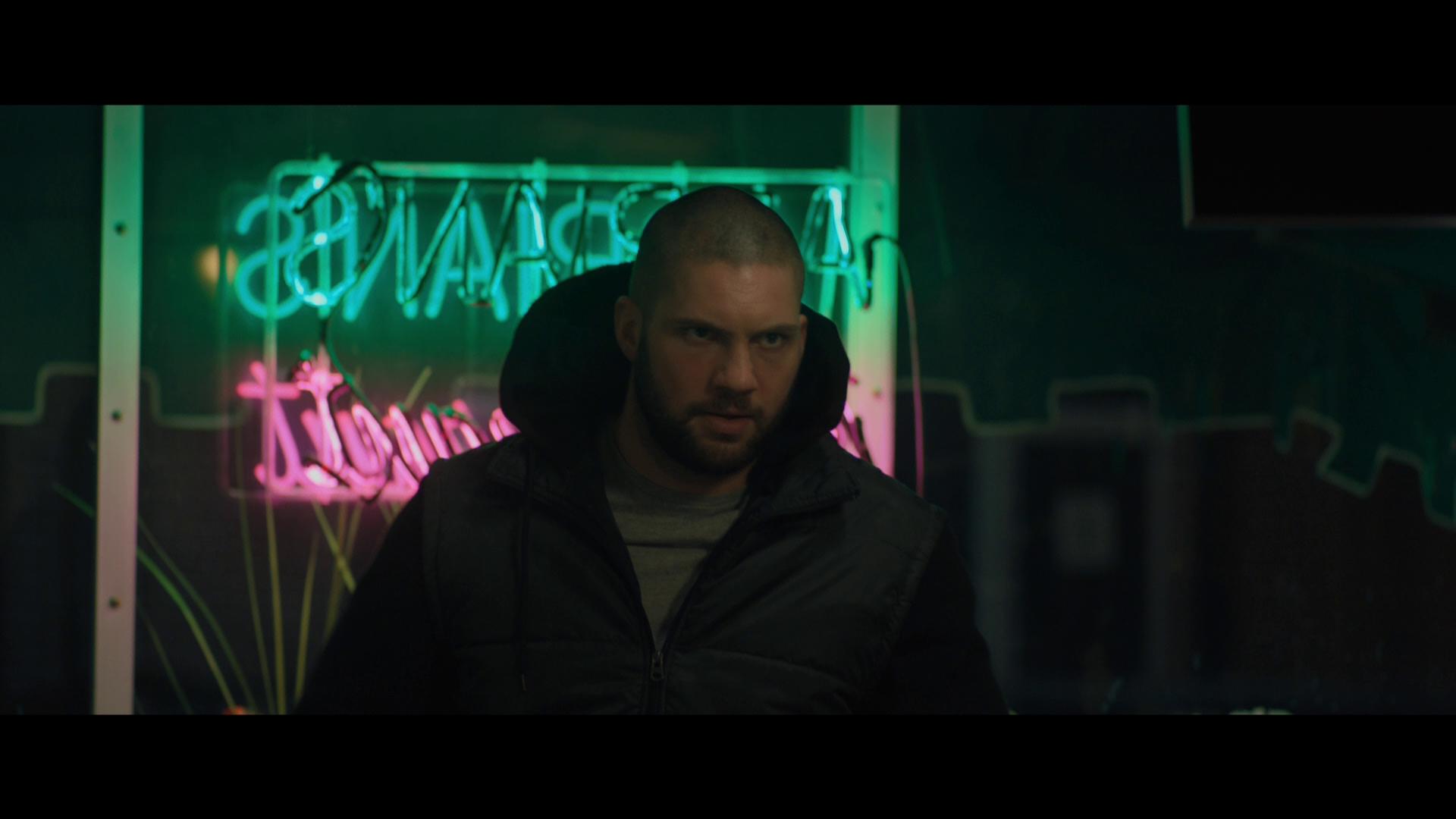 The Blu-ray release of Creed II is packaged in the standard two-disc amaray case.  Neither the Blu-ray disc nor the DVD disc feature any artwork that’s related to the movie outside of the standard generic text.  There is a digital copy that’s been included as well as a slipcover that’s available in the original pressing of the release that features the same artwork that’s available on the case. 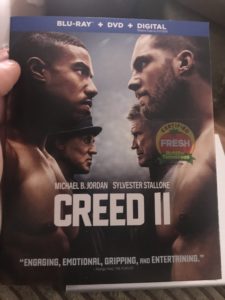 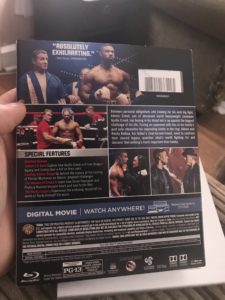 There’s a handful of supplemental features that were included on the Blu-ray release of Creed II. The content includes allows for a nice expansion upon the storyline, with a small amount of the content directed at some of the behind the scenes material. The features included are brief, and I honestly think they could have been more in-depth and offered greater detail to those who choose to explore them. Included with this release is: 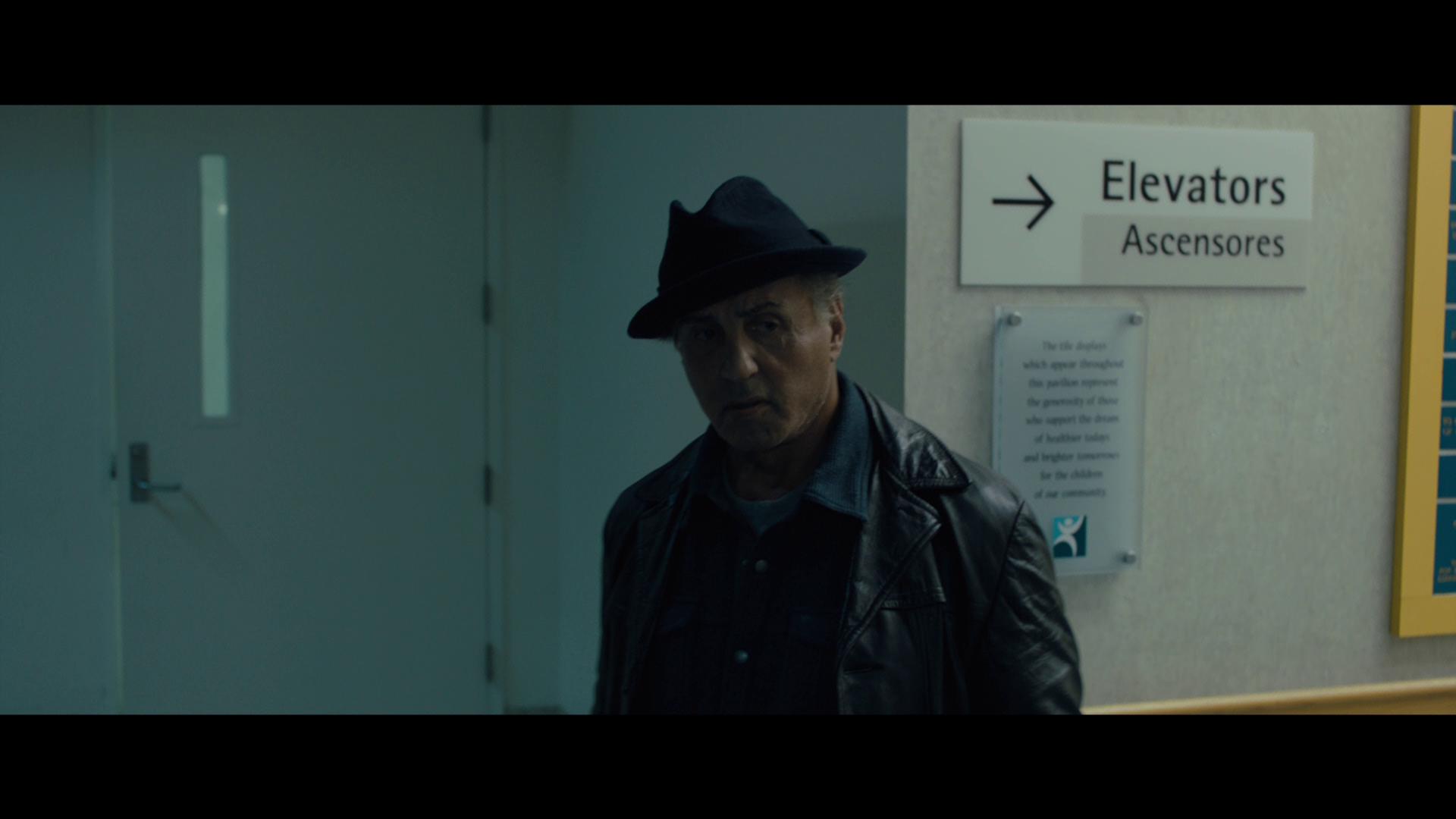 Overall, my wife and I enjoyed Creed II. It’s not your typical boxer/sports drama that often centers itself around the exciting moments of the sport, and offers a pretty solid tale about the relationship between a father and his son, and the impact that said father has had on that child’s life. Emotions do run pretty thick, but not thick enough to stray you away from the shared legacy that’s come with the two main characters that’s followed them throughout the years. The visual and audio performance of the Blu-ray release were really nicely executed and did a really great job at making sure every aspect of the film was clean, clear, and easily understandable. The special features, while they were a nice touch, could have been more in-depth and offered greater detail on their topics within; but I can’t complain all too much about what was provided. If you’re considering this release for your collection, I’d definitely recommend picking it up if you too have been following along with the legacy. Creed II will be available on 4K UHD, Blu-ray and DVD beginning on March 5. 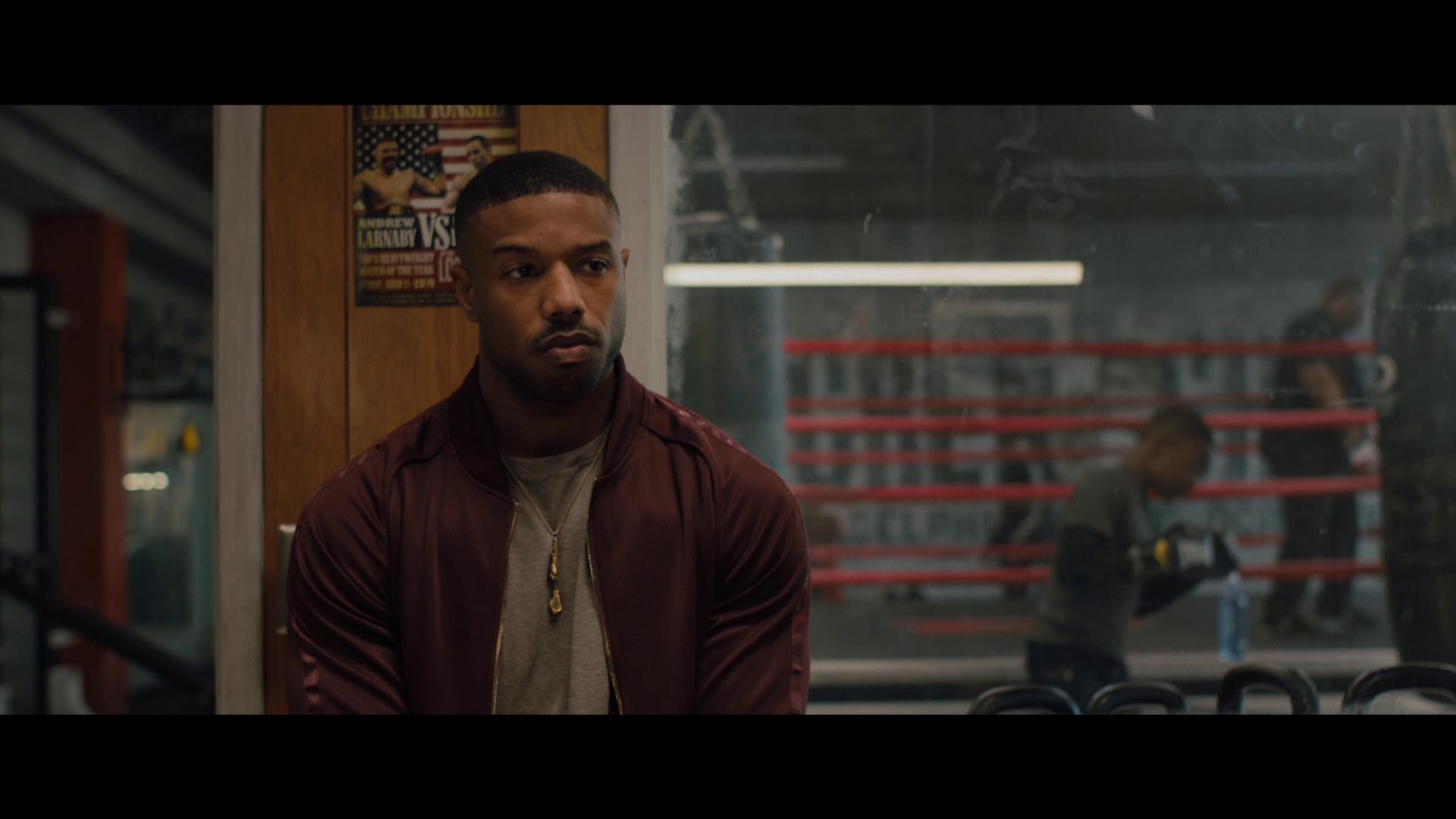