I hope you like your zombie movies with cheesy over the top CGI, vicious and gruesome carnage, scantily clad Asian women and little to no story. If so then Zombie Fight Club from Scream Factory is right up your alley.

Even with the rating I am giving Zombie Fight Club, don’t discount it as something wholly unwatchable and therefore avoidable. It’s actually two very different movies in one. The first part chronicles the outbreak brought about by some tainted bath salts. It takes place in a high rise apartment tower filled with all sorts of different characters. So many that you will meet them and watch their fate unfold and think they are the main protagonist until they swiftly die before the horde. It doesn’t become clear whose story we are really following until about 45 minutes into the film. 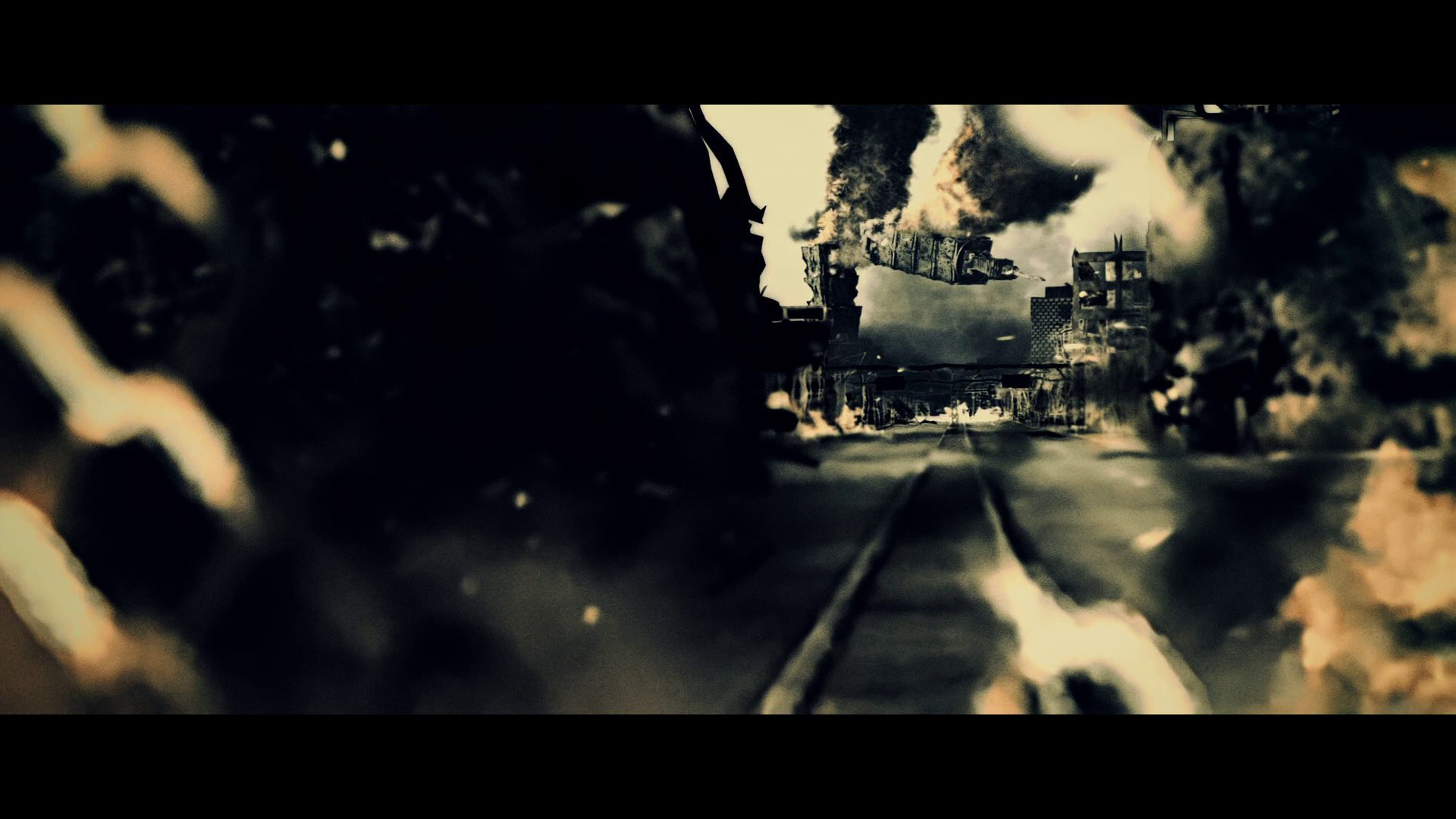 The first half isn’t really anything you haven’t seen before if you are a fan of these types of film. There are some really funny and over-the-top kills and so much blood you may feel bad for the effects people. Speaking of practicals effects, they are really done nicely in the film and I wish there was more of them. The problem is there is so much bad CG. We are talking Syfy level bad CG. There is so much of it, it takes you out of the movie, you can either laugh about it and keep watching and having fun or shake your head and shut the film off. For those that don’t find it a deal breaker, the movie can be quite enjoyable, which brings me to the second part of the film.

Once the outbreak day is over we fast forward a year to a kind of Mad Max dystopian part of the city. Here the local kingpin has you guessed it… a Zombie Fight Club. The thing that is frustrating about this film is that this is where it should have started. We easily could have had some flashbacks to the outbreak and seen how our protagonists came to be. They could have done away with the cliché opening half and really fleshed out this world they created instead of squeezing into the last 30 min. I will say that if you have seen The Walking Dead there are quite a few parts that will remind you of the season with the Governor. Even so though I think they really could of made something different and special. 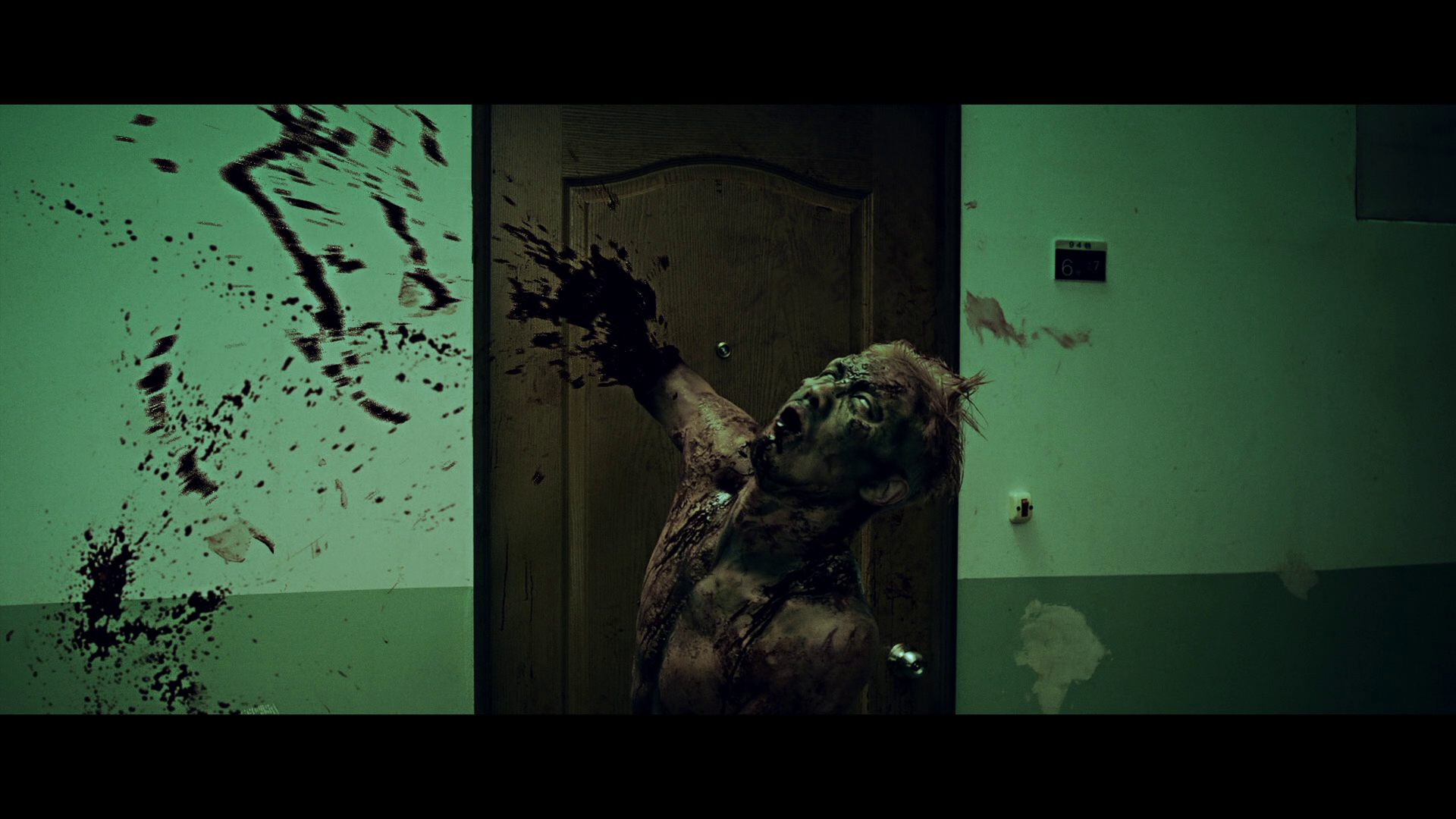 If you aren’t concerned with the story or plot in this type of movie and can ignore some questionable CGI, then this movie will be sure to satisfy those who want to kickback and watch zombie and humans die in the most gruesome ways imaginable. Did I mention the scantily clad Asian women, oh that’s right you read that in the opener and already ordered the movie, well I’m glad you still made it down this far.

P.S. The women on the cover all dressed in leather with some dual wielding swords… she’s not in the movie, sorry to disappoint. All the women are inept and pretty much cower at the sight of anything scary, feminists be warned. 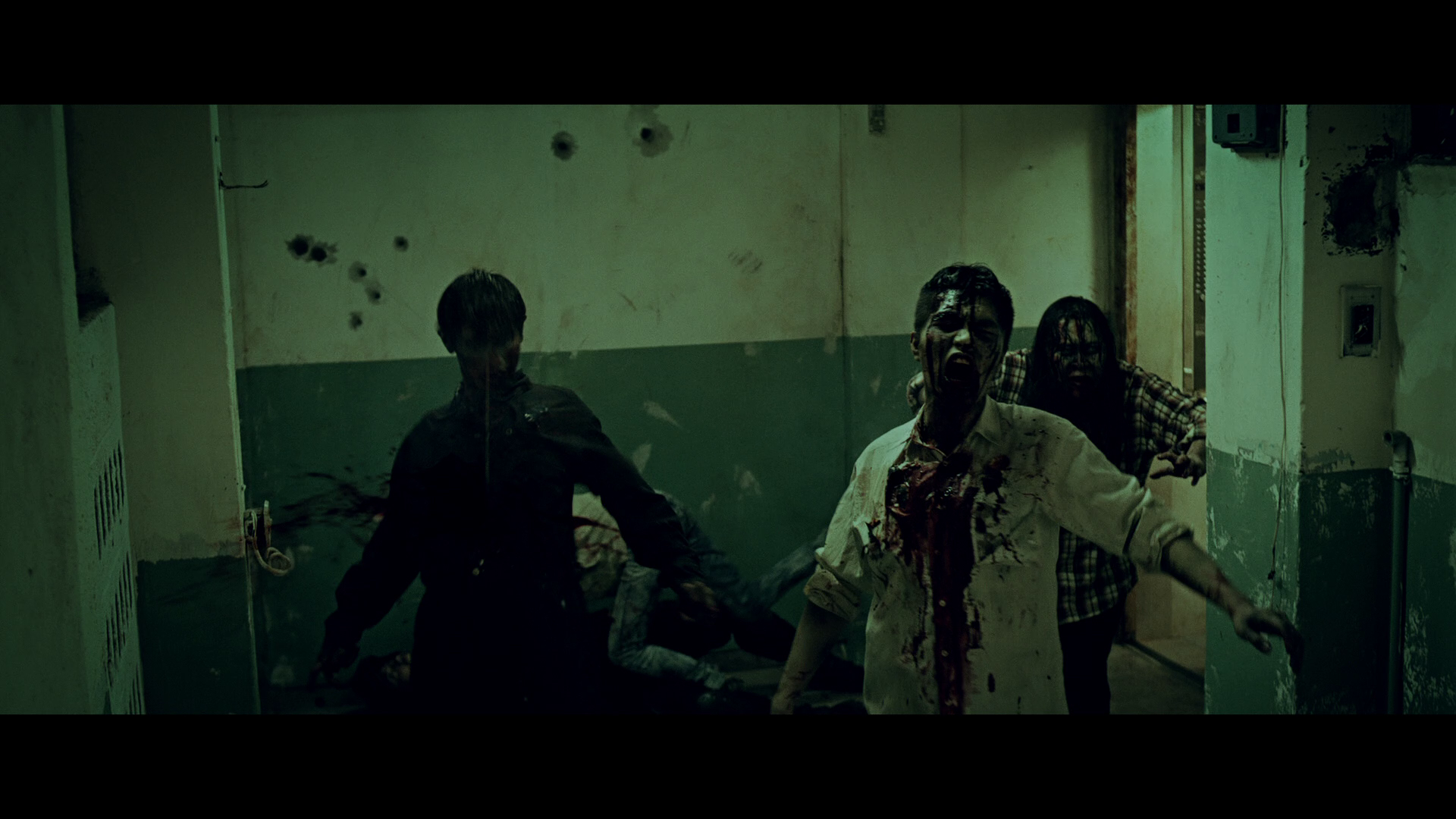 This film has quite a few issues.  Unfortunately it is one of the worst Blu-rays I have seen in the terms of color.  Everything about this film has a yellowish/greenish tint throughout and is very desaturated at times.  Some parts are overly grainy.  The actual people look sharp and most objects are fairly clear, but that unnatural color will make you think there is something wrong with your player.  I have talked about the awful CG above and won’t repeat here, just know what you are getting into with this film.

Everything about the audio is solid, but does not have anything truly outstanding.  The use of the surround comes through nicely in places with some use of vehicles and bullets.  It never gets too loud and booming like you might expect in this type of movie.  I enjoyed the score, it complimented the scenes well with its pacing.  The had some nice upbeat parts but slowed it down when it needed to.  When choosing subtitles for this film, decide beforehand whether you want to partake in some adult drinks and laugh hilariously at the full English version or not.  The dubbing is horrendous.  Thankfully, there is an option to watch in the original Mandarin and have English subtitles only for them.  Half the characters speak English primarily anyway which will not have subs if this option is chosen.  Luckily, I selected this first as I generally try to watch all my films in the original language, much to my surprise when most of them spoke English.  I only went back to check out the dubbing for the review and I am glad I didn’t start there. 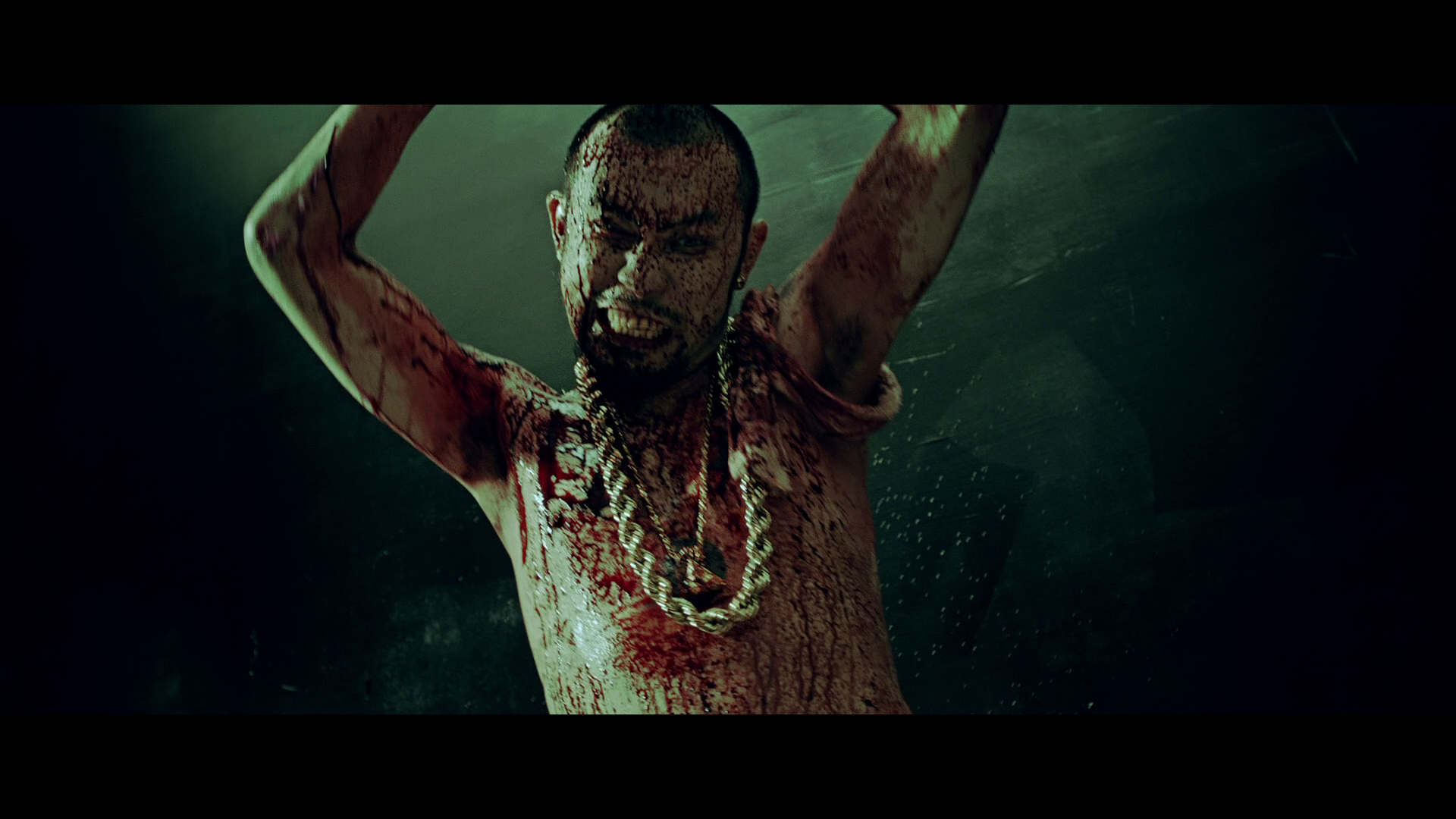 Possibly the worst special feature I have ever seen on a Blu-ray.  The first minute is actually just showing the cast.  The only reason why I would say to watch this is to see the actors and some of the settings and how they look with normal color before the post production got a hold of it.  Notice how everything looks goo and there is some nice lighting, if only that was in the actual film. 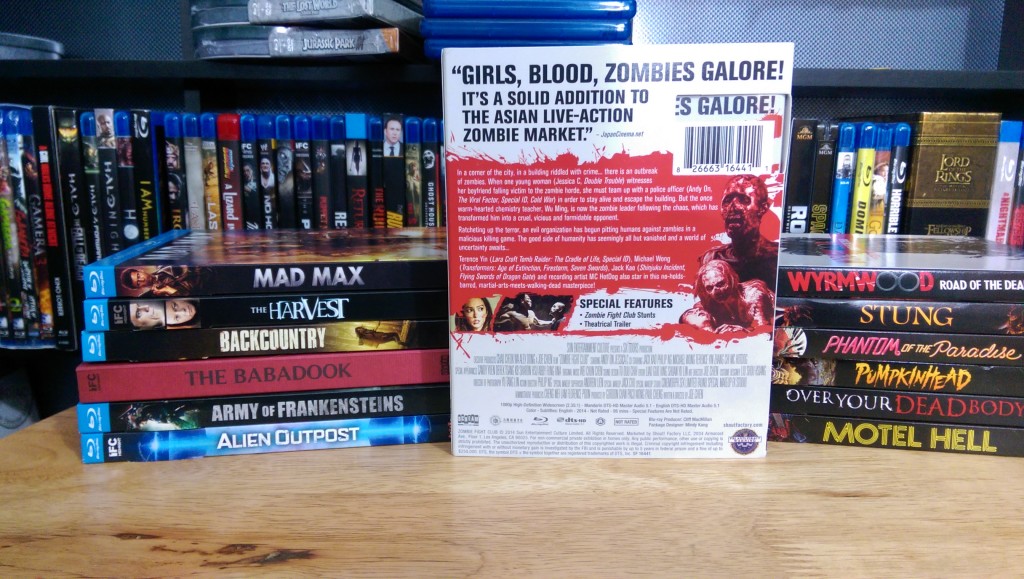 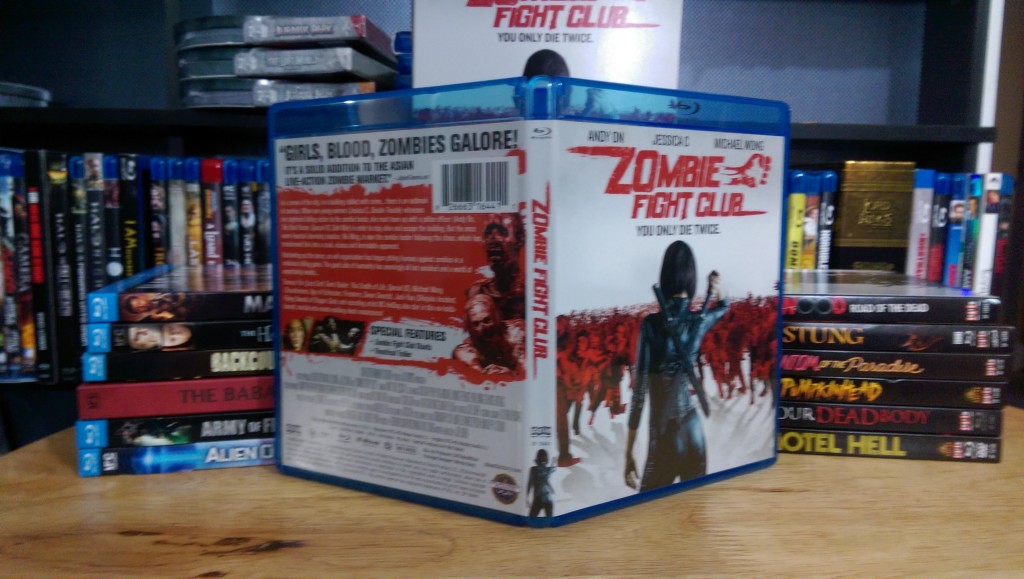 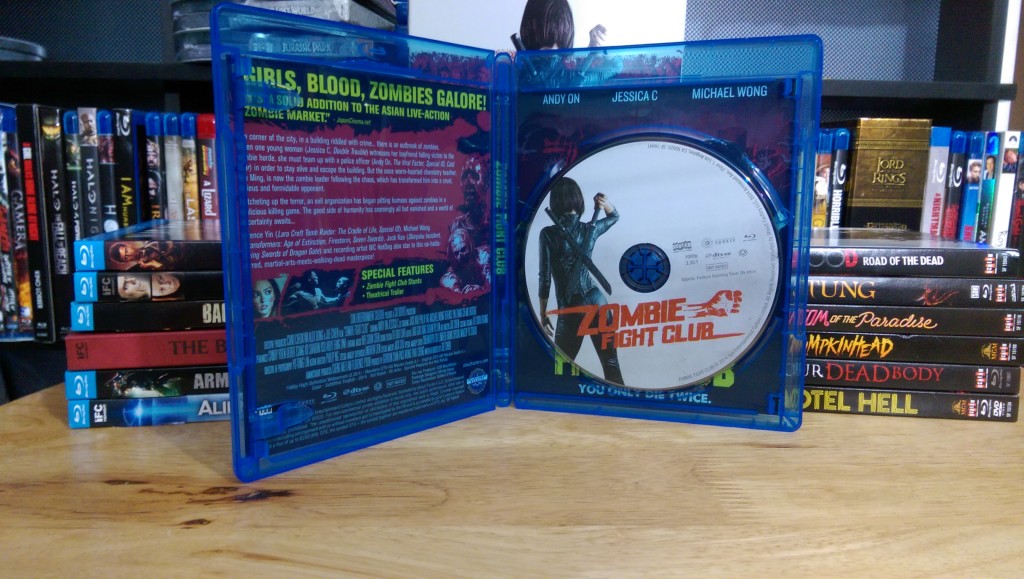 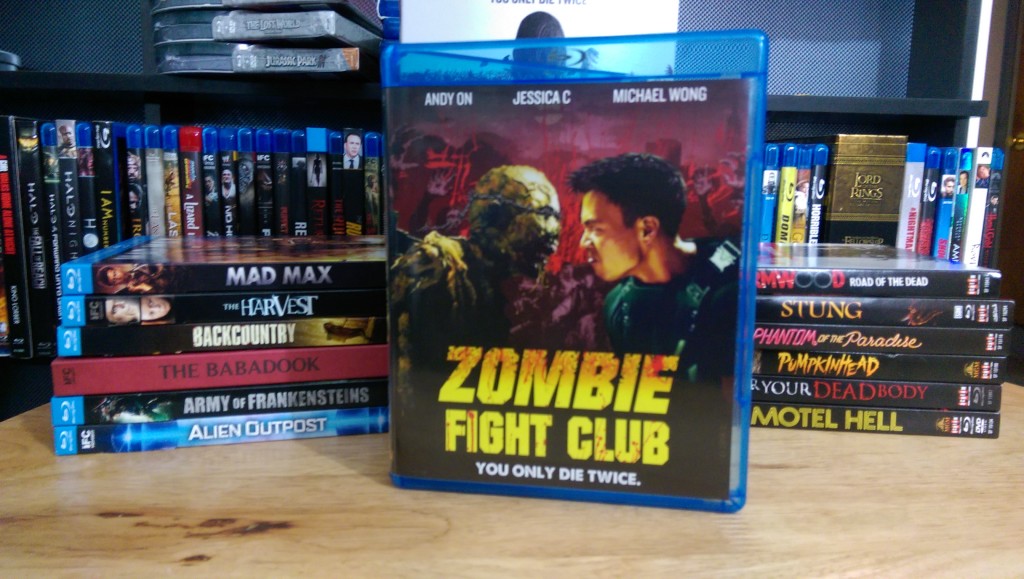 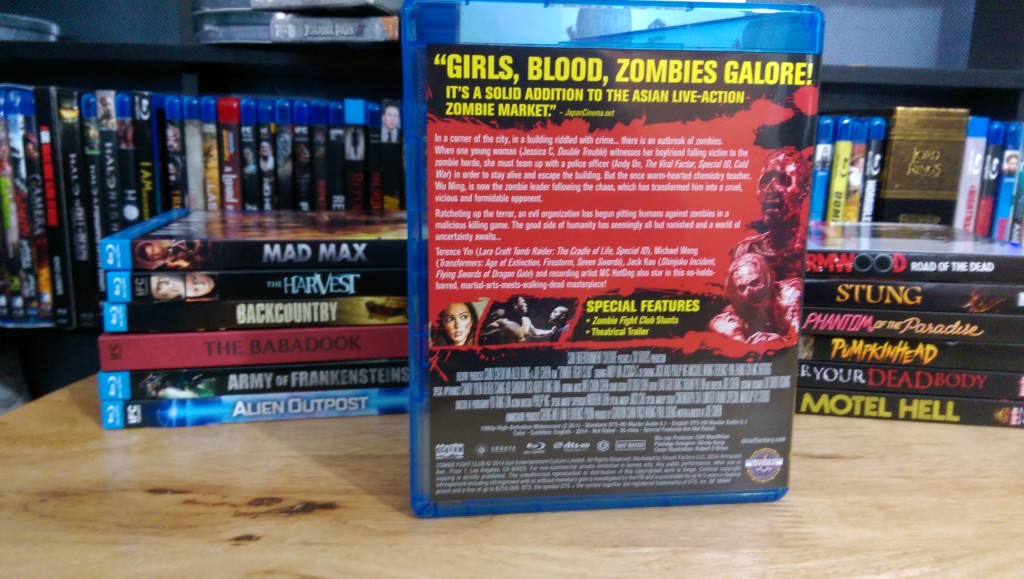 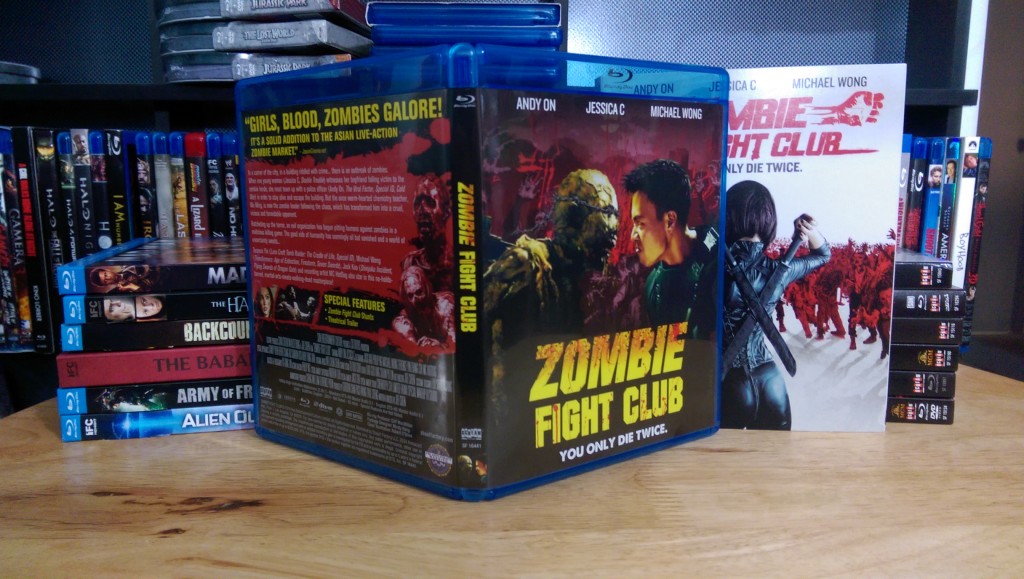 Zombie Fight Club deserves its score, however that still doesn’t make it unwatchable or even something not to own if you are a fan of the genre and/or Scream Factory.  The worst part about this is that it could have been much much better with focusing more on the aftermath and the zombie fight club itself instead of just leaving that on for the end.  I got in for $14.99 on release this past week and as someone that loves the genre and a good slipcover it is worth that since I will even re-watch it at some point.  If you are just casual fan and don’t care about the packaging then I would recommend a drop to about the $10 range due to that lack of any type of features and all the caveats that come with this particular film. 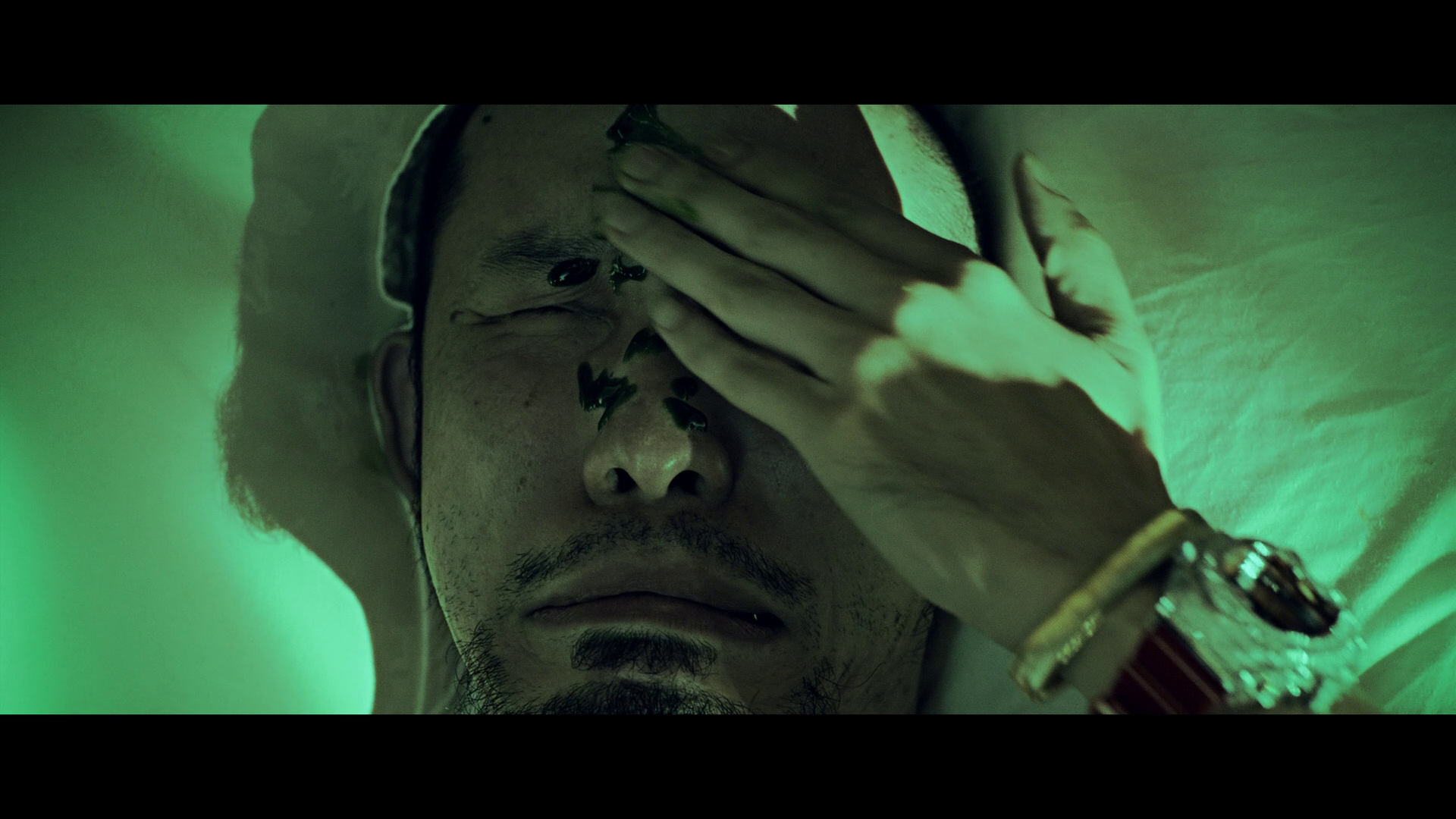