Akarin! It’s Yuru Yuri time! Come join these middle school girls as they come together as part of The Amusement Club to have some fun and crazy adventures!

Today I’m reviewing Yuru Yuri Season 2 that was provided by our new friends over at NIS America. It’s an Anime series that mainly follows four friends who start up the The Amusement Club as an after school activity instead of joining other groups. It’s a “slice of life” comedy that doesn’t have an overarching plot and each episode is fairly self contained. 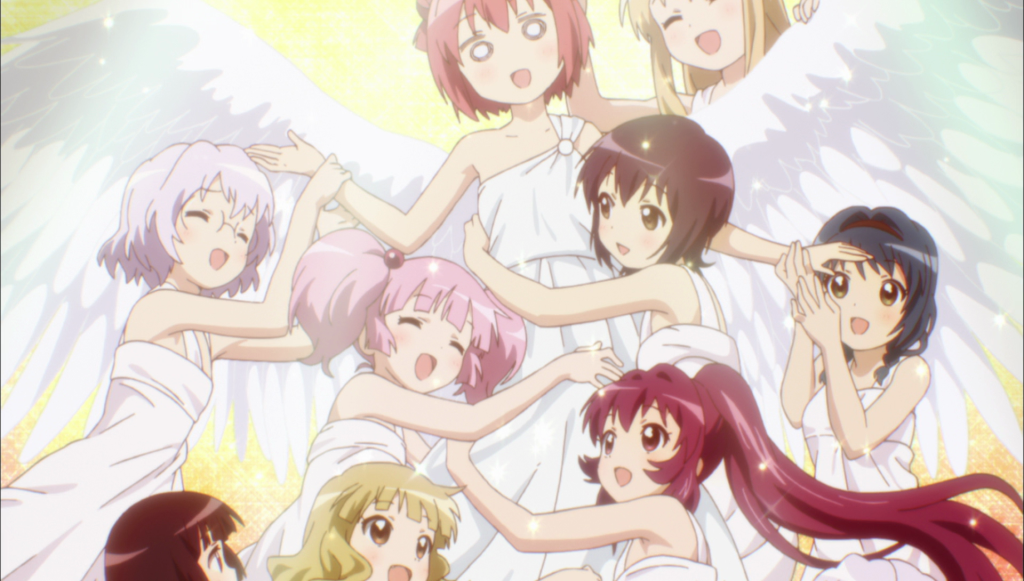 The best part about Yuru Yuri is the running joke that portrays Akari Akaza as the main protagonist but then she ends up being the most background character of the four friends. For those that haven’t seen Season 1, there is a whole episode devoted to everyone trying to help Akari improve her standing and become less invisible.

I grew up in the late 80’s/early 90’s so my association with Anime didn’t come until I was almost out of high school when DVD’s and the internet were becoming the norm. My earliest exposure was of course the Ghibli films and things like Akira and Ghost in the Shell. The great thing about Anime is that there is a show for just about every demographic and theme. I know many of the readers younger than I will already know that, but I always find it fascinating when I come across something different like Yuru Yuri. 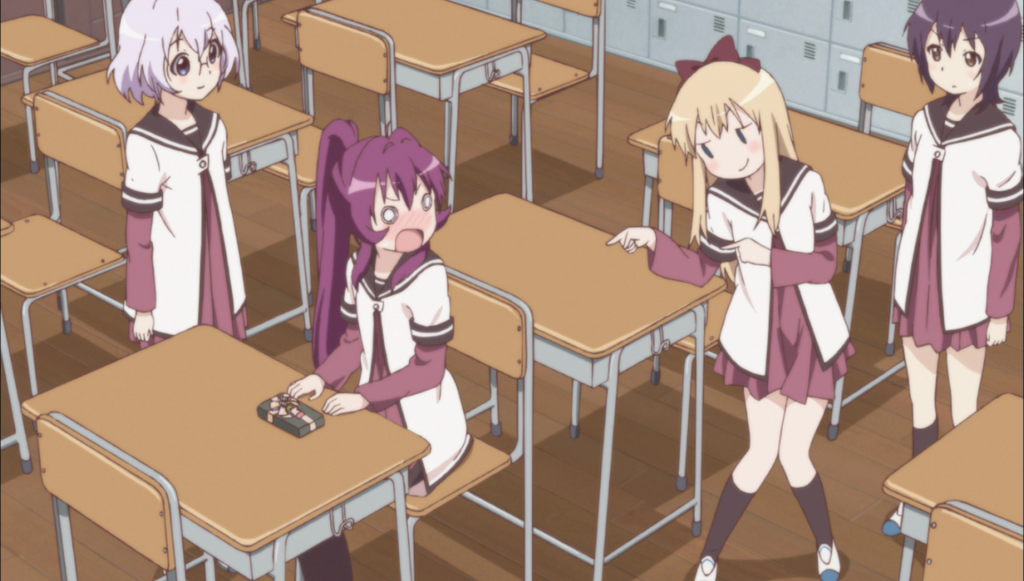 Yuru Yuri is certainly not for everyone, but it does accomplish what it sets out to do well. Unfortunately, some of the Western world’s stereotypes of Anime in general are present here. Some may be uncomfortable with sexual innuendos of middle school children having such overt lesbian tendencies and desires. It starts off a little cringe inducing at first, but once you realize that a lot of the humor is based off that and they poke just as much fun at the instances you won’t worry about it when it becomes more of an inside joke. Some of the best running gags of the series are the ones involving our three main protagonists Kyoko, Yui, and Chinatsu (I feel like I’m missing someone) and the crush triangle they have going on each other. Yui and Chinatsu’s story always made me laugh with how clueless Yui could be and how Chinatsu dealt with the unrequited love in a very middle school way. 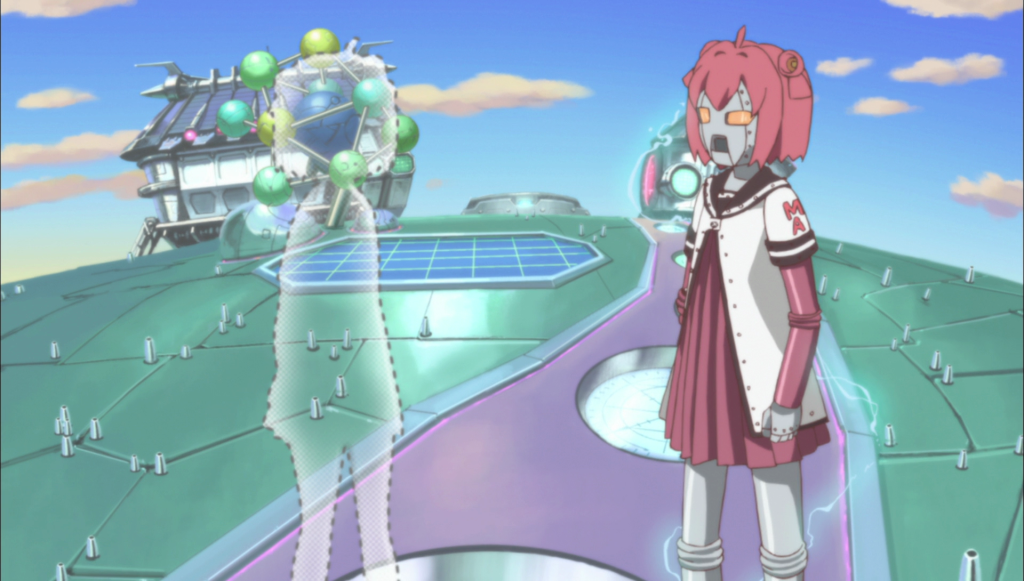 The detail is generally excellent for this Blu-ray.  The colors are very bright and lines are crisp.  Some of the flashback scenes can be a little soft and off color, but that is perhaps intentional to convey the past.  The visuals and characters designs do switch around slightly when trying to get a point across but I think that is part of the charm of the show.  Some of the animation does lend itself to look somewhat vintage and a little dated for something made just a couple years ago, that will be up to the viewer whether they consider that a positive or negative. 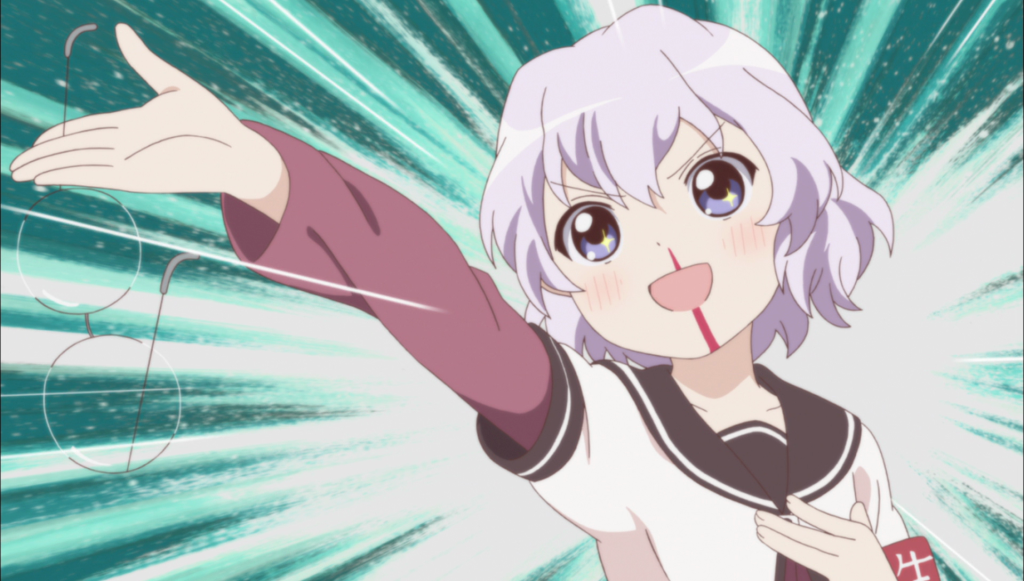 This is a very dialogue oriented show that relies on the character interaction.  Voices always sound clear, I don’t know Japanese but I don’t think that anyone that does would have an issue with what is being said.  Note that this release does have English subtitles that are not removable and will always be on screen.  The opening and closing themes sound good and after a few episodes you may sing along. 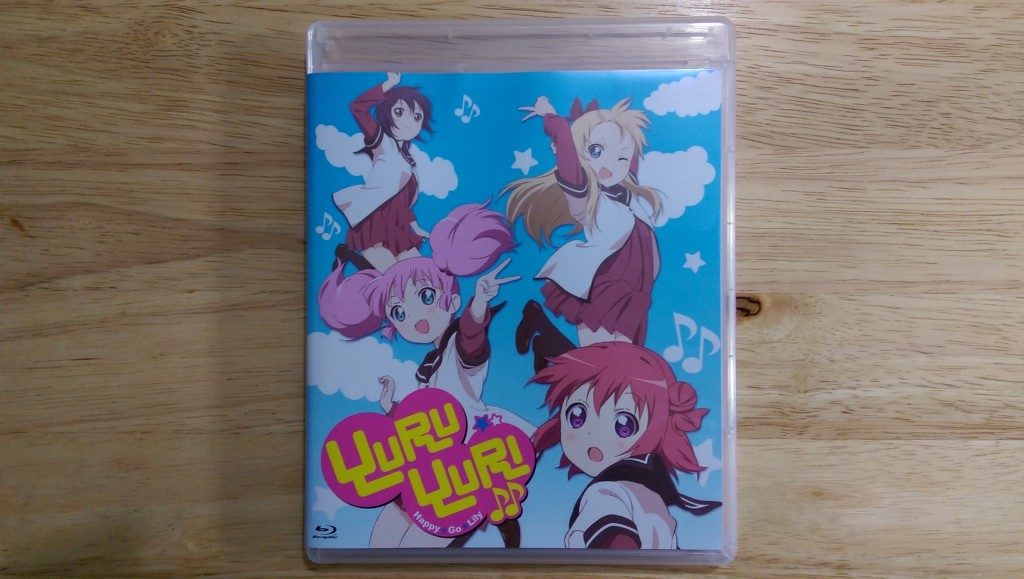 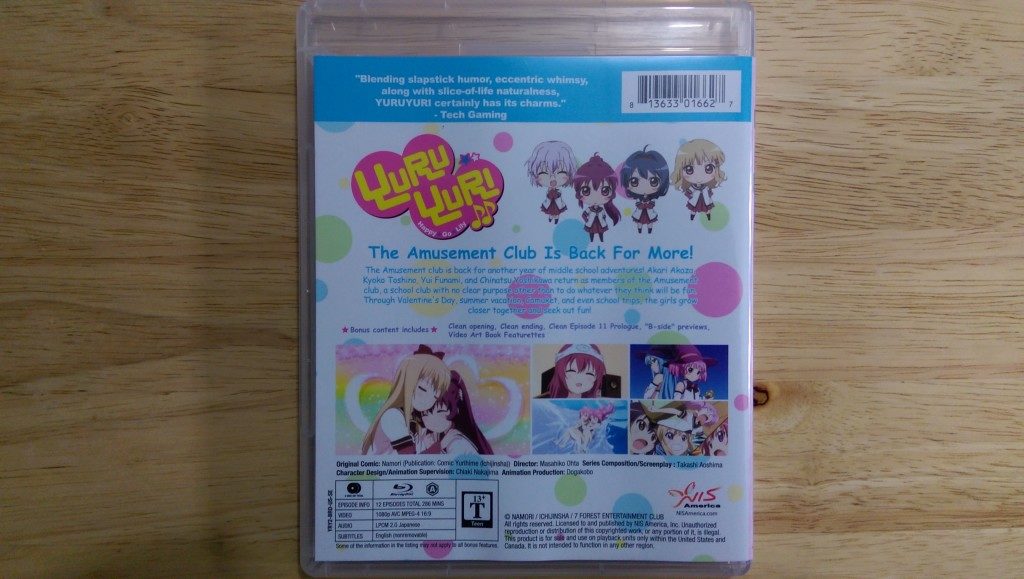 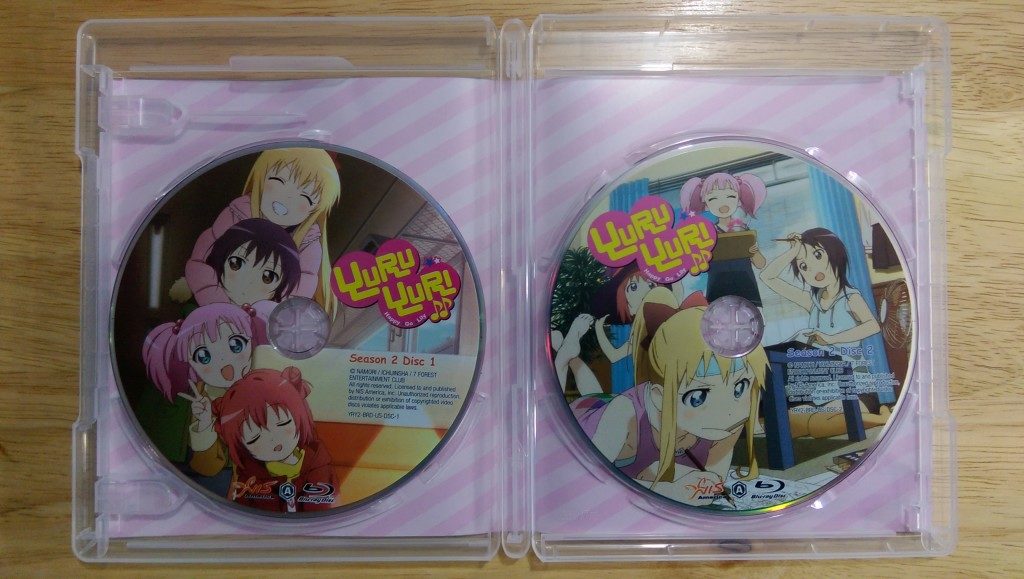 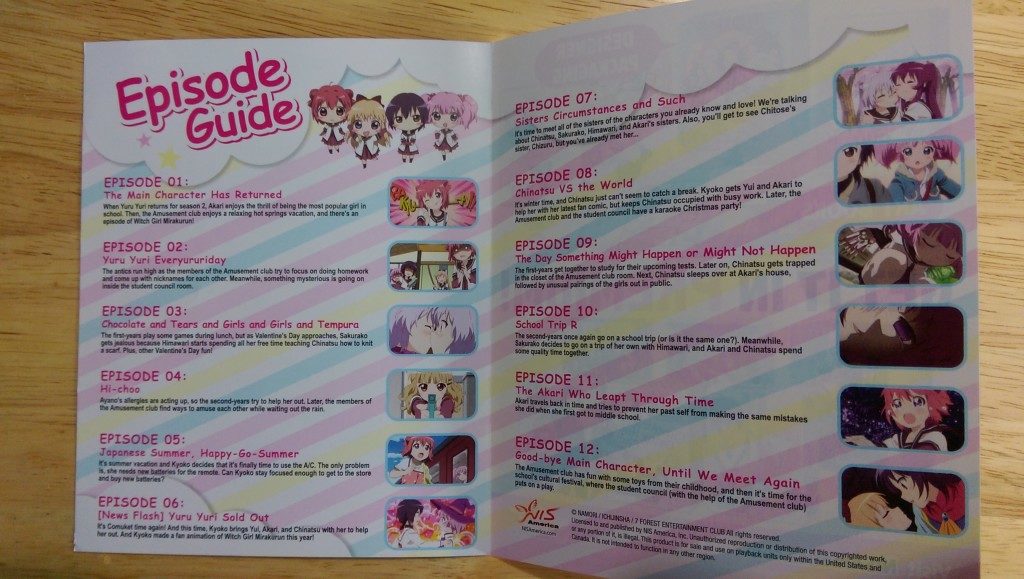 I’m not sure Yuru Yuri would be appropriate for actual middle school children to watch, but this can certainly be a fun series for anyone older than that. This isn’t a genre of Anime that I would have normally picked to watch for myself, but it was refreshing having each episode being something completely different and you could pick up at any point in the series. 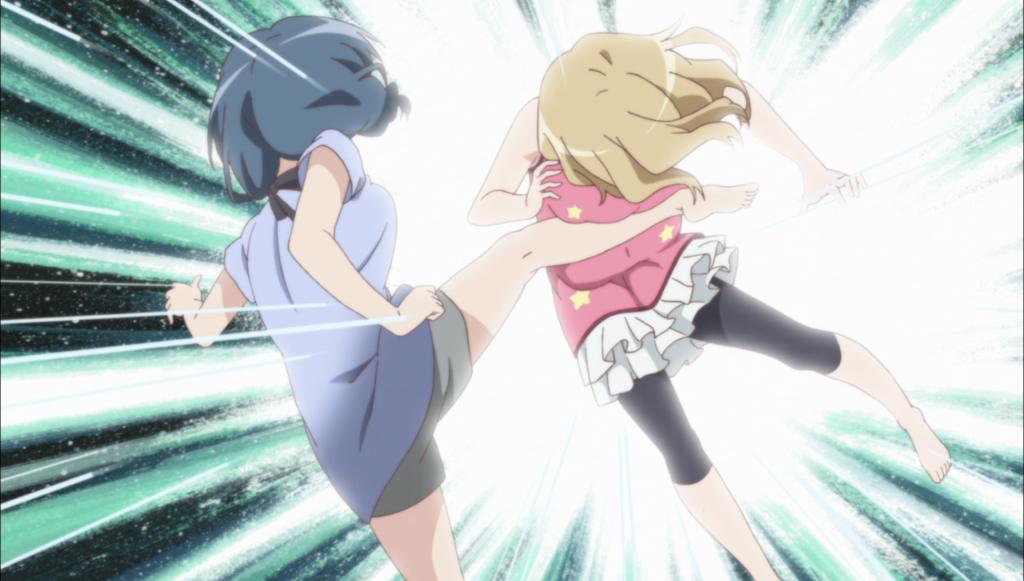