Yours, Mine and Ours is an American family film, originally released in 1968 featuring the ever-loving Lucille Ball and Henry Fonda.  Prior its debut, this film had three working titles and is very loosely based on the life story of Frank and Helen Beardsley.

As mentioned in the first paragraph, Yours, Mine and Ours tells us the story of Frank and Helen Beardsley and is loosely based on Helen’s biographical memoirs titled Who Gets The Drumstick? After the release of the book, an original screenplay was written so that it featured several I Love Lucy styled sequences.  Finally, after the film’s release, it was considered to be rather popular and a commercial success.  It is also reported that the Beardsley family had a real appreciation for the film and the story that it presented.

Yours, Mine and Ours tells us the story of two naval employees (in some capacity); who, between the two of them have nineteen children.  The two are found to be struggling to make it on their own, especially while managing so many children each.  One thing leads to another and they become one gigantic family, and that’s when the real insanity starts to take place. 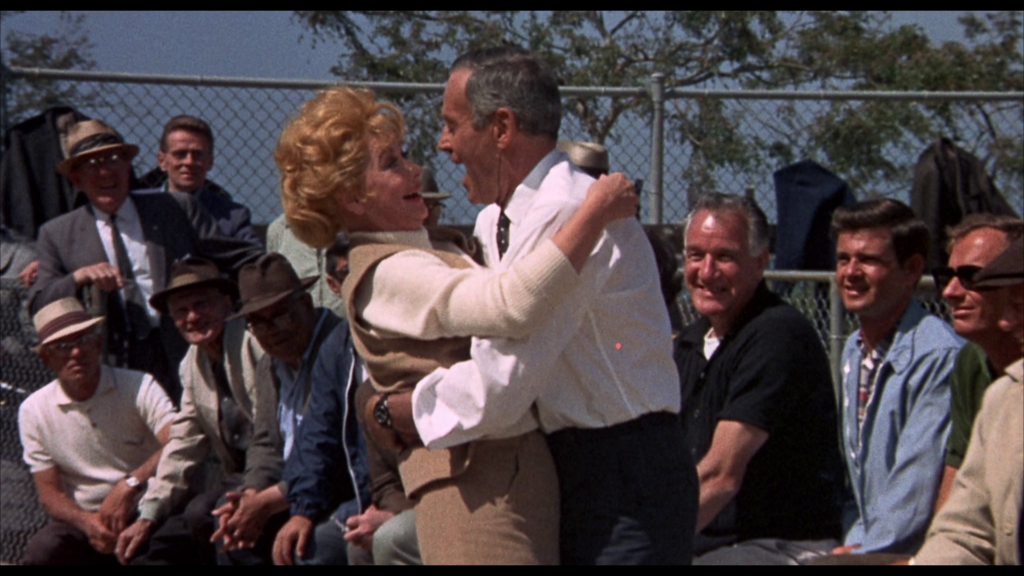 I really wasn’t sure what to expect going into the original Yours, Mine and Ours.  With having only seen the 2005 remake with Dennis Quaid and Rene Russo once, and only knowing of the legacies of Ball and Fonda; I was really excited for this opportunity.

As I progressed through the story this film had to offer, I found myself laughing at what some would consider to be antiquated antics.  I was kind of surprised to learn that the writing crew for this film had been completely changed during the pre-production stages for various reasons, with the largest being the fact the original script didn’t really represent the Beardsley family.  The new writing team did what felt like a fantastic job at maintaining the I Love Lucy feeling and sequences that the original crew threw together.

Yours, Mine and Ours does a fantastic job at presenting the craziness it is with being a parent.  While I’m not a parent myself, I’ve seen what it’s like to have one or two children while spending time with my colleagues.  I couldn’t fathom what it would be like to live with nineteen children and trying to maintain a quiet, sane and stable household. 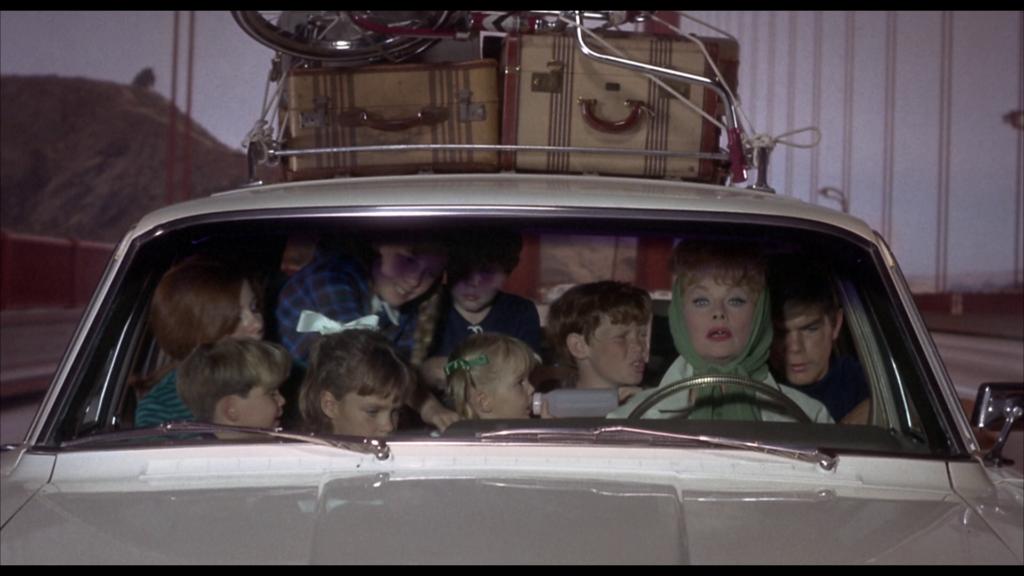 Presented in the ever-loving 1080p, Yours, Mine and Ours looked absolutely fantastic.  For a film that originally came out in the late 60’s, this release had the visual appearance that would be comparable to the quality of work that Criterion does.  Featuring an all new transfer, I was able to truly appreciate this film for everything that it had to offer.

As I watched Yours, Mine and Ours, it really felt as if I were right there in the late 60’s/early 70’s.  The color palette within this film was a perfect representation of the era that this story takes place in. 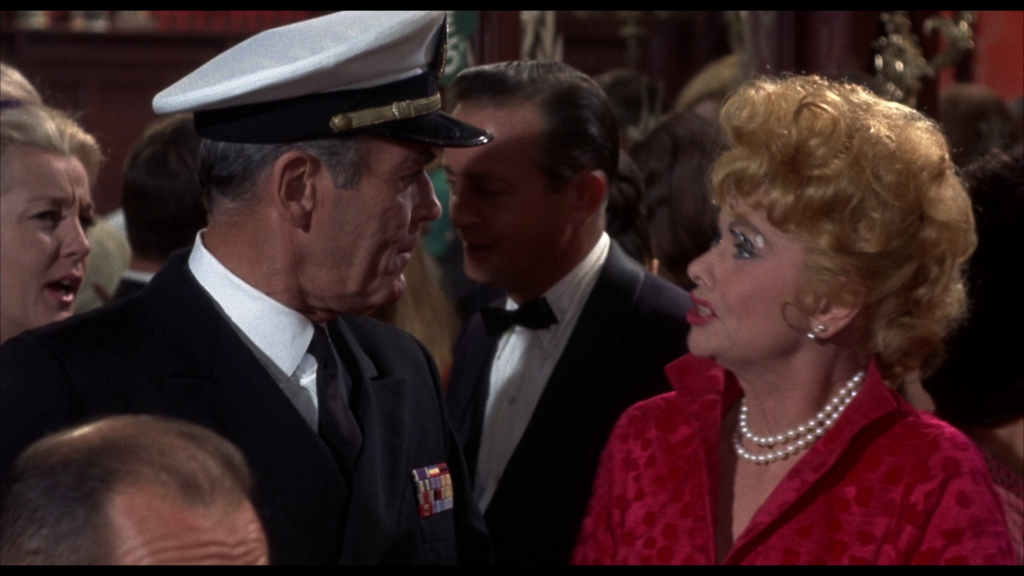 Despite featuring a 2-channel audio track, Yours, Mine and Ours sounded really well coming through my home theater system.  I was able to completely hear and understand everything as it unfolded on my TV without having to perform any manual adjustments to the volume levels.

I decided to give this portion a 3 simply because I still am a firm believer that if you’re going to go through the work to make a spectacular visual presentation, there should be some work done on the audio too.  While it may have not been within the budget for this release, I don’t know, but considering what it does have to offer it wasn’t a horrible experience by any means. 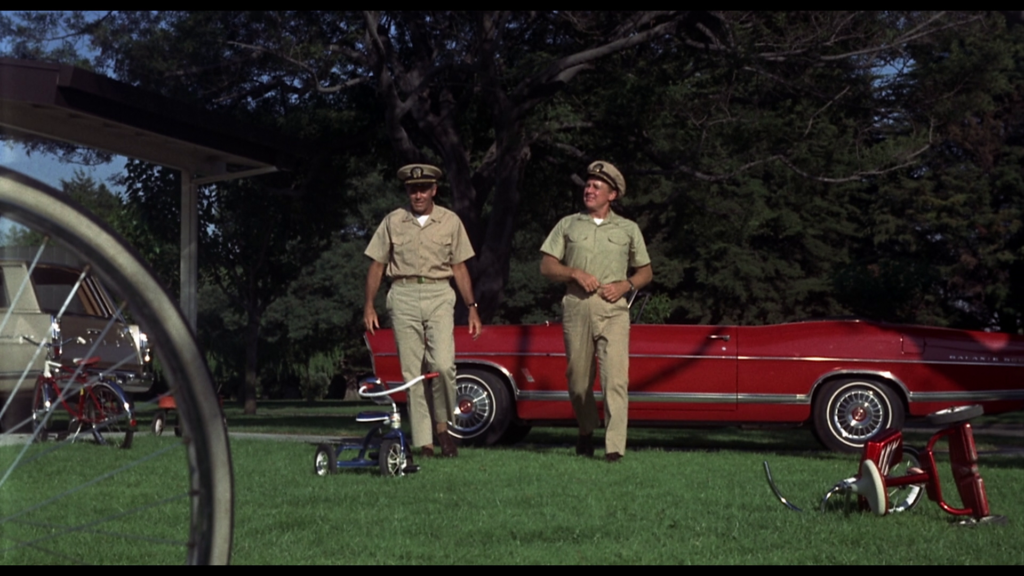 Yours, Mine and Ours comes packaged in your standard Blu-ray amaray case.  Within the case, you are provided with the Blu-ray disc as well as your standard promotional material that is commonly found with Olive Films’ releases.  There is no DVD included nor is there a digital copy redemption pamphlet.

As I continue to explore the films that Olive has to offer, it seems that this is common with their films to only include a Blu-ray copy.  While I would have loved to include this within my digital collection, I think I’m going to ultimately stop hoping for these releases to include a digital copy of any kind.

Much like any other Olive Films release, Yours, Mine and Ours comes packaged with its original theatrical trailer and nothing else in terms of additional content.  Considering the name that Ball and Fonda had for themselves, and the I Love Lucy feel this film gave us, I would’ve absolutely loved to see some outtake material from its filming.  I can almost guarantee you there were some laughs shared as this film was being made, and those of us who love the occasional Ball or Fonda film would have a true appreciation for some of the backstage antics the crew had! 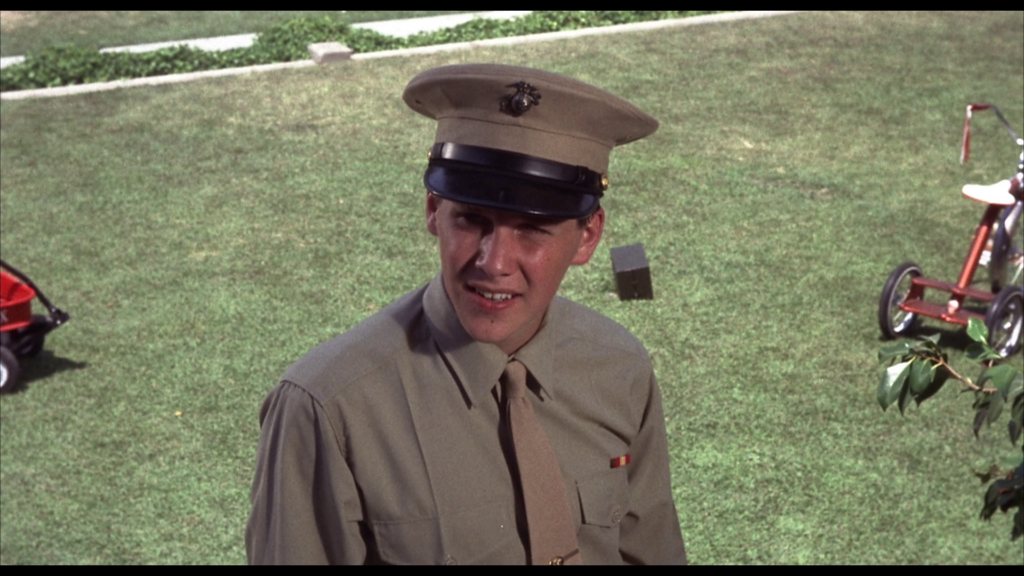 Having known this version of Yours, Mine and Ours existed before and not seen it is truly a travesty, I must admit.  Olive Films has decided to release it on Blu-ray and I certainly am glad that I hadn’t seen it until now.  This film is loaded with classic comedic experiences.  It helps really get the point across in the general difficulty and struggles that most adults go through when trying to raise a family, let alone one that includes nineteen children.

The audio and visual presentation of this release were well done, with the visual presentation being absolutely phenomenal.  After some of the more recent releases that I have had the pleasure of reviewing from Olive Films, I just want to publicly say that I am glad to have them on board with this review site because they really do a great job with their releases; despite some of the titles being “off-the-wall” or something that I know I wouldn’t normally give a chance.

If you are a fan of classic films, older style comedy routines and some good old-fashioned family fun, you should certainly grab this release of Yours, Mine and Ours this week from Amazon!