The Yellow Birds is a 2017 American war film that was directed by Alexandre Moors and is based on the novel of the same name by Kevin Powers. The film stars Tye Sheridan, Alden Ehrenreich, Toni Collette, Jason Patric, Jack Huston, and Jennifer Aniston.

The film follows two young soldiers, Bartle and Murph, as they navigate the terrors of the Iraq war under the command of the older, more troubled Sergeant Sterling. All the while, Bartle is tortured by a promise that he made to Murph’s mother before they had left for their deployment.

The film had its world premiere at the Sundance Film Festival on January 21, 2017. It was released on May 17, 2018, through DirecTV Cinema before being released in a limited release and through video on demand services on June 15, 2018, by Saban Films. 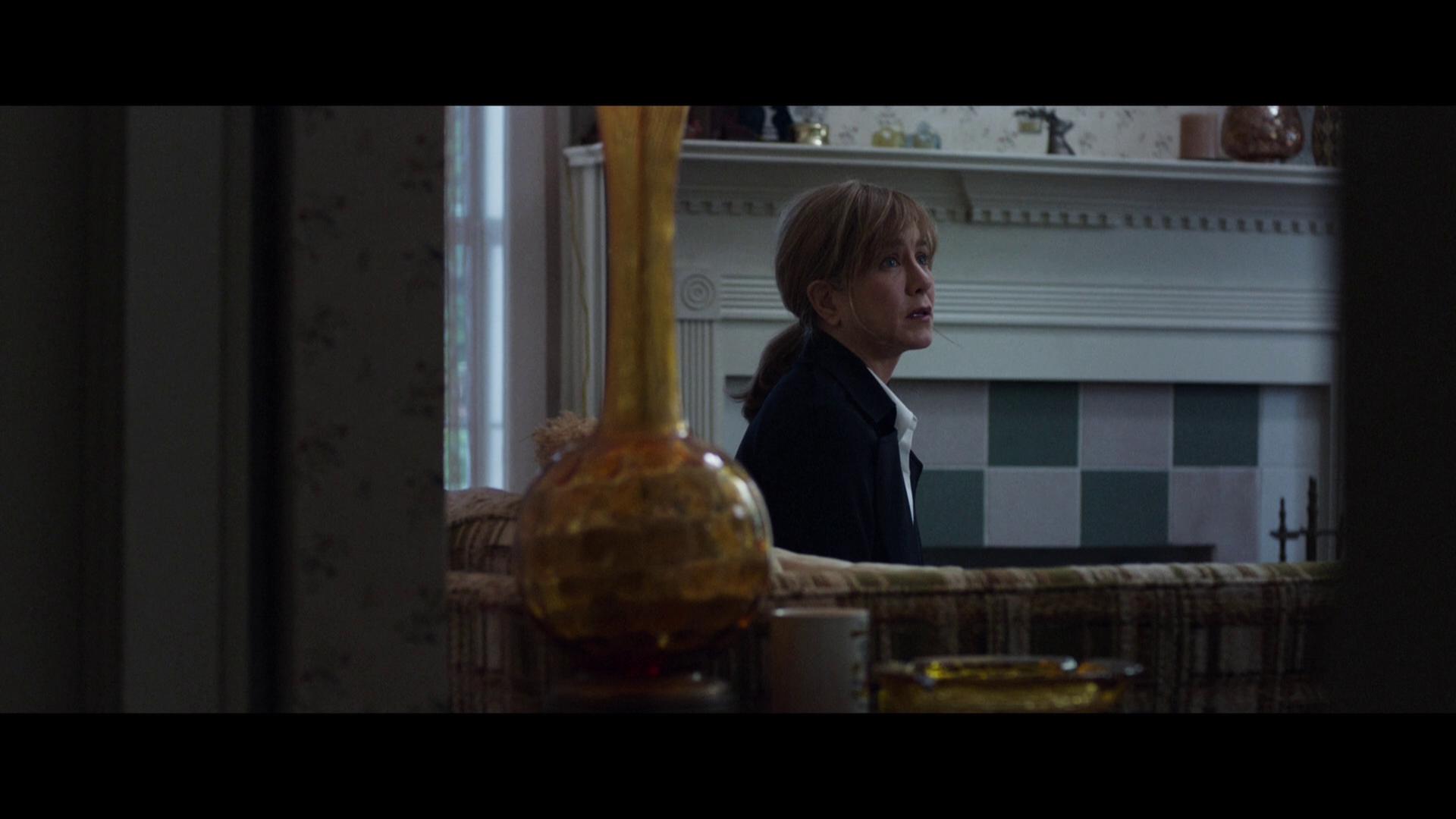 The Yellow Birds is a movie that not only has a very strong cast, but provides a very worthwhile message to its viewers. However, it gets considerably wrapped up in its cliched wartime dramatic presentation. Being one of the better “war is hell” presentations as it does an absolutely fantastic job at conveying both the physical and mental stresses that soldiers experience as they are serving, there is an extremely underwhelming presentation of something that we’re already aware of. The pacing of the film seems to drag on and and on, preventing any feeling of progression throughout; and had both my wife and myself wondering exactly how much longer we had with this film. Don’t let that discredit the overall seriousness that accompanies the toll that these soldiers go through as they find themselves in the middle of a battleground; but the overall concentration of this movie ultimately had us asking for more as we watched through it the other night. Providing audiences with a decent enough storyline, it does present these physical and mental issues in a manner that I’d personally not seen done in earlier works of film; and it does a really nice job at bringing attention to this specific matter. The big problem that I had was the fact that it rode that train straight through to the end without providing a lot of sustenance. 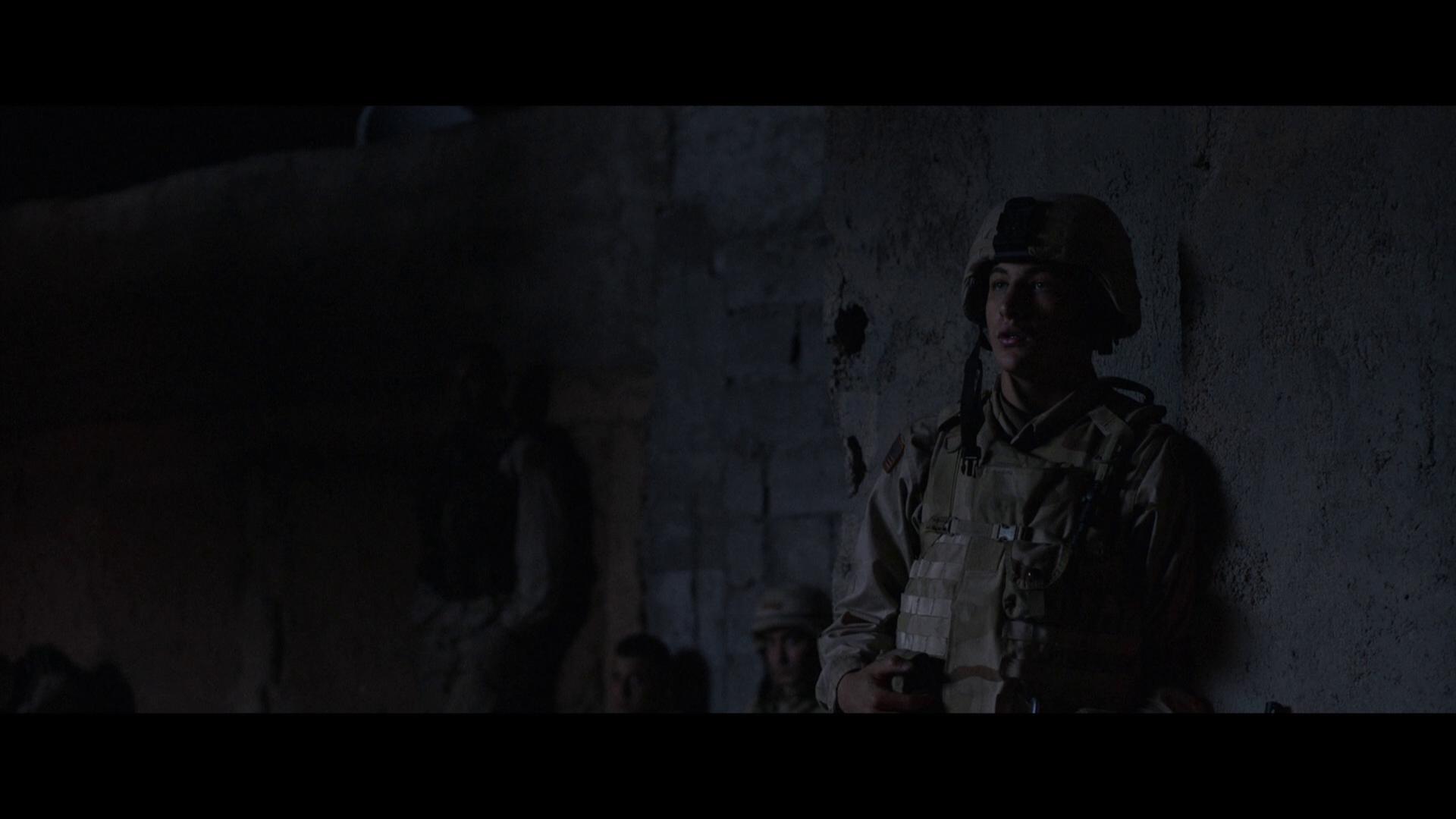 Providing audiences with one of the better 1080p presentations of not only scenes of war, but various scenes of the Middle East, The Yellow Birds looked absolutely beautiful as it played out across my living room television.  Giving its viewers an extremely bright and vivid color palette, the overall picture presentation was one that was extremely noteworthy, allowing this film to visually be a nice presentation piece for someone who had recently opted to purchase a new television.  Everything from the various grains of sand to the unique ripples on the bodies of water, this presentation was clean and beautiful and offered no visual distortion from beginning to end. 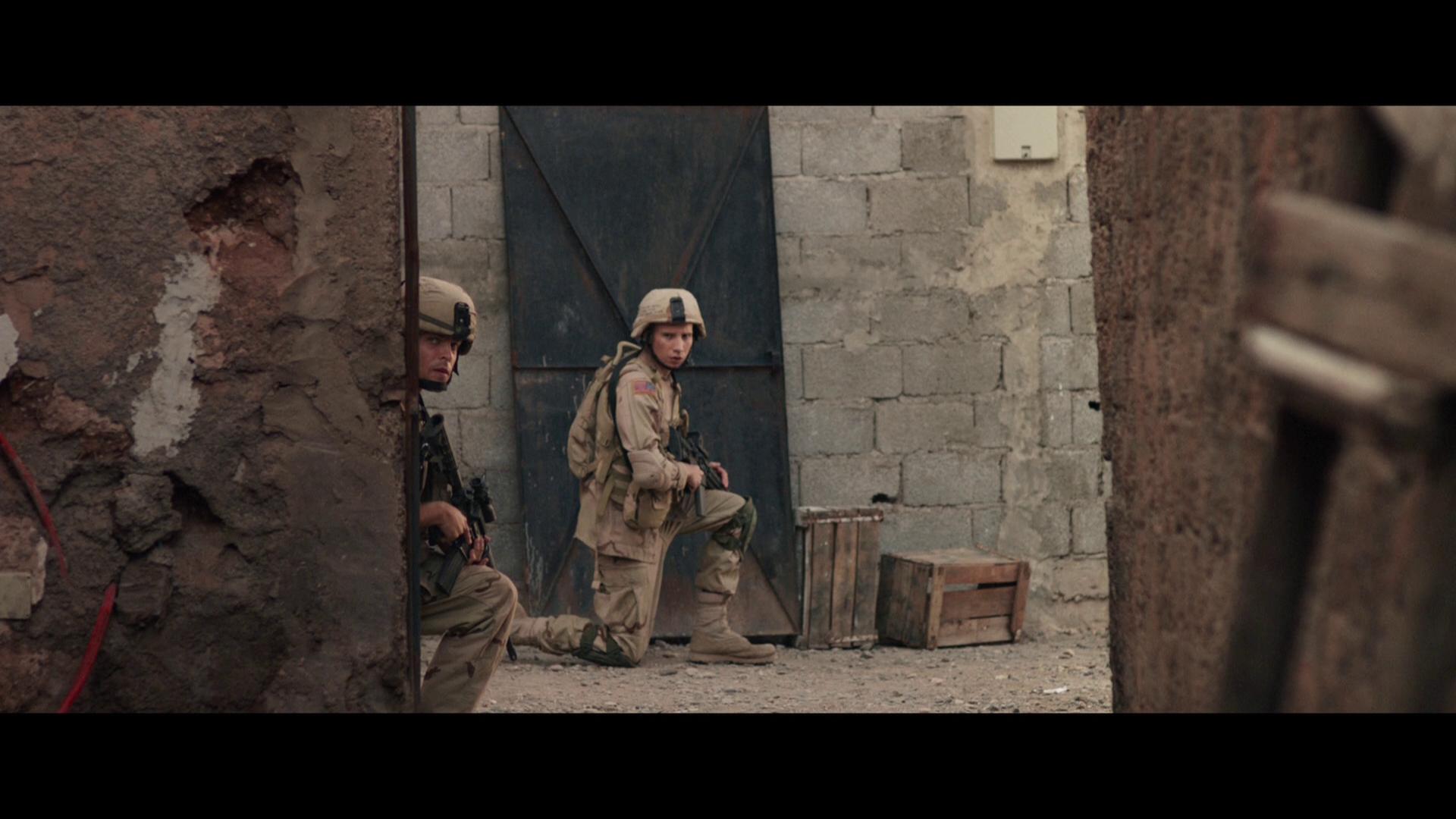 Packaged with an English DTS-HD Master Audio 5.1 mix, The Yellow Birds does everything that it can within its power to offer an all out immersive experience for its viewers.  While it’s not nearly as immersive as a 7.1 mix, the majority of this storyline didn’t necessarily call for it; aside from the handful of scenes that featured combat over in the Middle East.  While those particular scenes would have certainly fared better had they included the surround channels, everything else was presented cleanly and offered no issues and no need to have to manually adjust the volume levels as it progressed.  Dialogue is spoken cleanly, allowing everything to be heard and understood; as well as the impact from the various combat scenes were powerful as they slammed through the front and rear channels with the acknowledgement of the camera position. 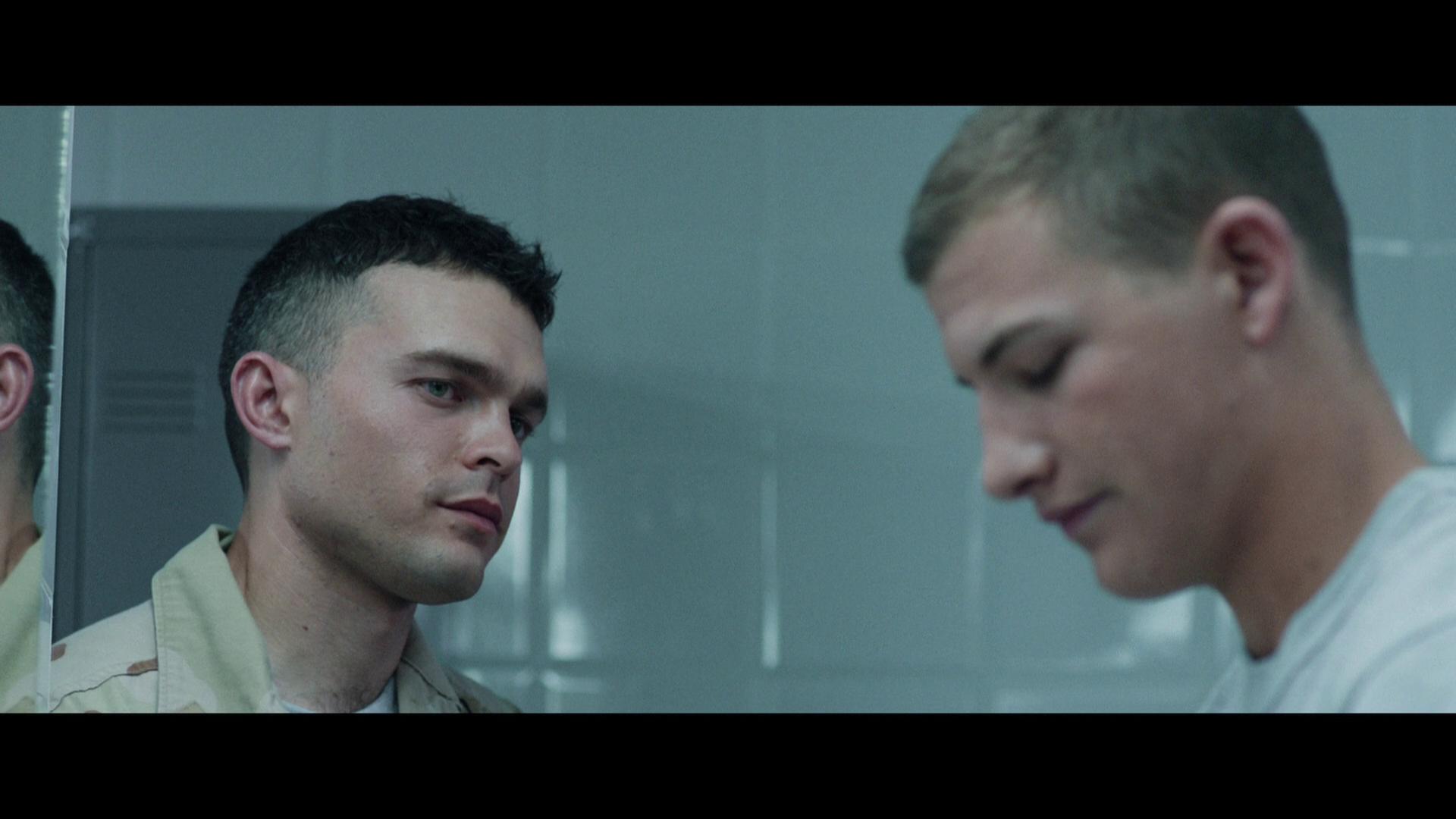 The Blu-ray release of The Yellow Birds comes packaged in your standard single-disc Blu-ray amaray case.  Within that case is the standard Blu-ray copy of the film, the disc featuring the same piece of artwork that’s been provided on the case art.  There are no DVD copies of the movie included with this release; however, there is a digital copy redemption pamphlet that’s been made available for the various streaming options.  There is also a slipcover that’s been provided during the original pressing of the release that features the same piece of artwork that’s been included on the case art. 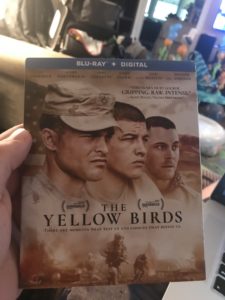 While there is only one additional feature that’s been included on the Blu-ray release of The Yellow Birds, the piece that’s been included is considerably comprehensive and offers a very nice look at the work and experiences that were shared with the cast and crew during the making of this movie.  As they set out to tell the story of the physical, mental and emotional strains that war puts on these soldiers, and the impact that working with soldiers who have returned home had in sharing their stories among the cast and crew.  Included with this release is: 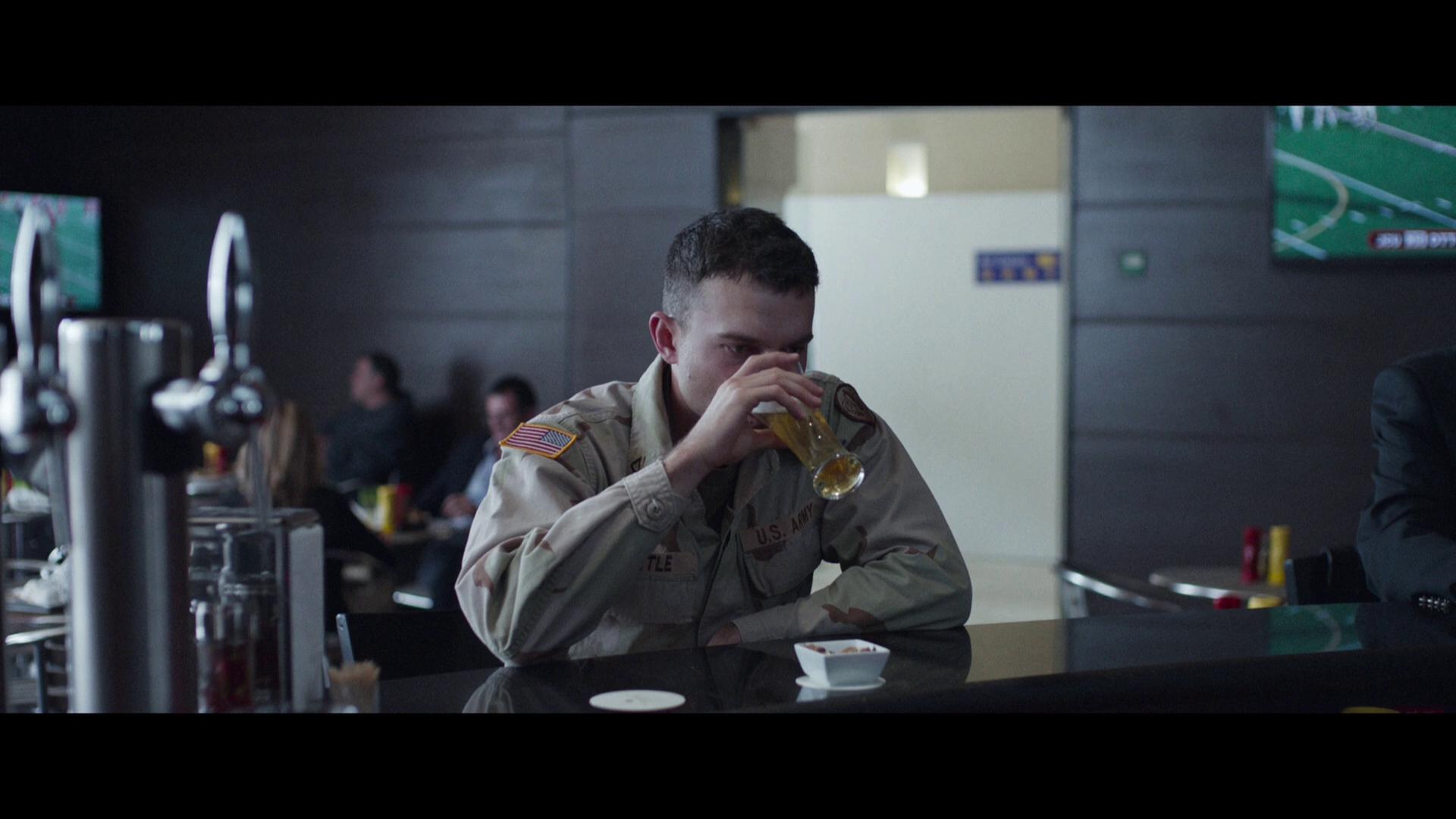 Generally speaking, I found the story and presentation of The Yellow Birds to be a decent one.  While it covers something that has recently become what I would consider to be an epidemic as many soldiers are returning home from the Middle East, I feel that the story of this movie relied too much on those effects, and ultimately didn’t do too much to show any other aspects of someones return to home from war.  The performances of everyone in the movie were done really well, and they did tell the story in a somewhat effective manner.  The video and audio presentation of the Blu-ray release were beautifully done, despite the lack of immersion that accompanied the various battle sequences.  The special features do include a “Making Of” that really should be seen.  If you’re considering grabbing this release for your collection, I do recommend checking it out before purchasing it, just to make sure that it is in fact something that you want to add to your library.  The Yellow Birds will be available on Blu-ray and DVD beginning on Tuesday, August 14, 2018. 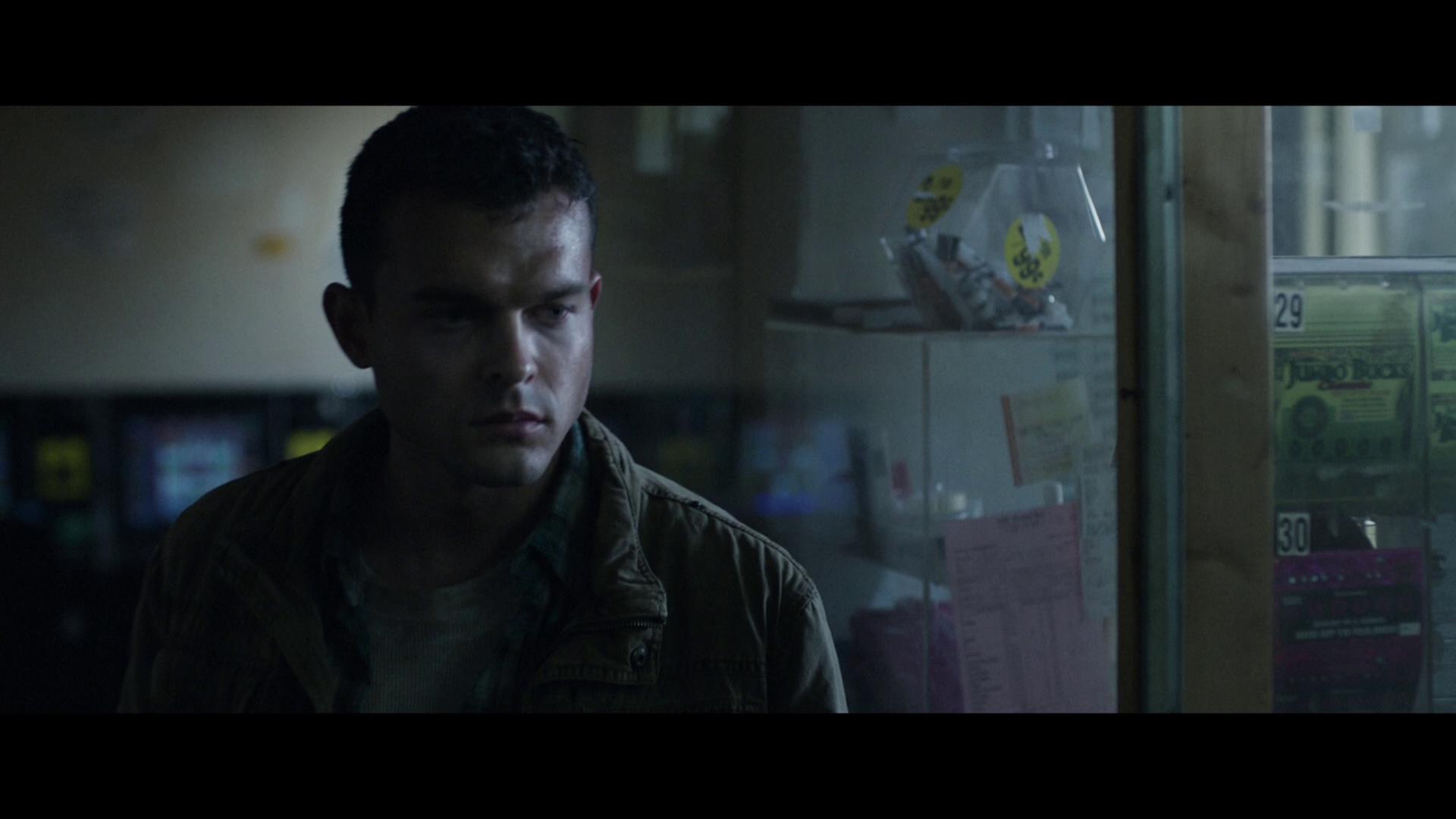