Year of the Dragon is a 1985 American neo-noir crime film that was directed by Michael Cimino, and stars Mickey Rourke, Ariane Koizumi and John Lone. The screenplay was written by Cimino and Oliver Stone, and adapted from the novel authored by Robert Daley.

Centering around Stanley White, who is a decorated police captain and Vietnam War veteran who’s assigned to New York City’s Chinatown, where he makes it a personal mission to crack down on Chinese organized crime.

This was Cimino’s first film after the infamous failure of the 1980 film Heaven’s Gate. Year of the Dragon is a New York crime drama and an exploration of the gangs, the illegal drug trade, ethnicity, racism, and stereotypes. Despite receiving mixed reviews and having poor box office returns, it has since gained a cult following in the years since its release. The film opened up at number-five on the box office charts, and ended up grossing just over $4 million from the 982 theaters that were playing it during its opening weekend of August 16, 1985. It opened to decent business in major American cities including Washington, D.C., Detroit, and Pittsburgh, but the draw soon dropped, which was perceived to be the result of protest against it from Asian American groups. Members of the Chinese American and Asian American communities protested the film, criticizing it for its racial stereotyping, widespread xenophobe (especially its use of various derogatory terms), and sexism. Some groups worried that the film would make Chinatown an unsafe location and cause an economic downturn in the community. As a result of the controversy, a disclaimer was attached to the opening credits.

Year of the Dragon is an experience that gives its viewers a story of a group of cops that are on the top of their game as they face off against the mob.  With a very melodramatic storyline, the work that Cimino put into making this movie makes for a pretty solid experience, especially for a film that received the amount of negative reception as this.  Sure, I can understand why those of the Asian communities had protested, considering the society that we live in today; but, with its screwball mechanics and phenomenal performance from none other than Mickey Rourke, my wife and I both found this movie to not be as bad as it has been made out to be.

With a completely fresh and remastered visual display, the Blu-ray release of Year of the Dragon from Warner Archive gives its audiences a completely beautiful take on the story that was once considered to be pretty controversial.  The finer details of the movie are much more prominent as the the leads go back and forth against each other, while retaining the original feel that was once had during the movie’s original theatrical release.  Personally speaking, I’m comparing the visuals of this release to a previously released DVD copy that I’d seen a while ago, and as you progress through this release, you’ll notice that things like the facial features, the articles of clothing, and the inner-city sequences feel more fresh, clean, and allow for one to appreciate the film that brought back into Michael Cimino’s name. 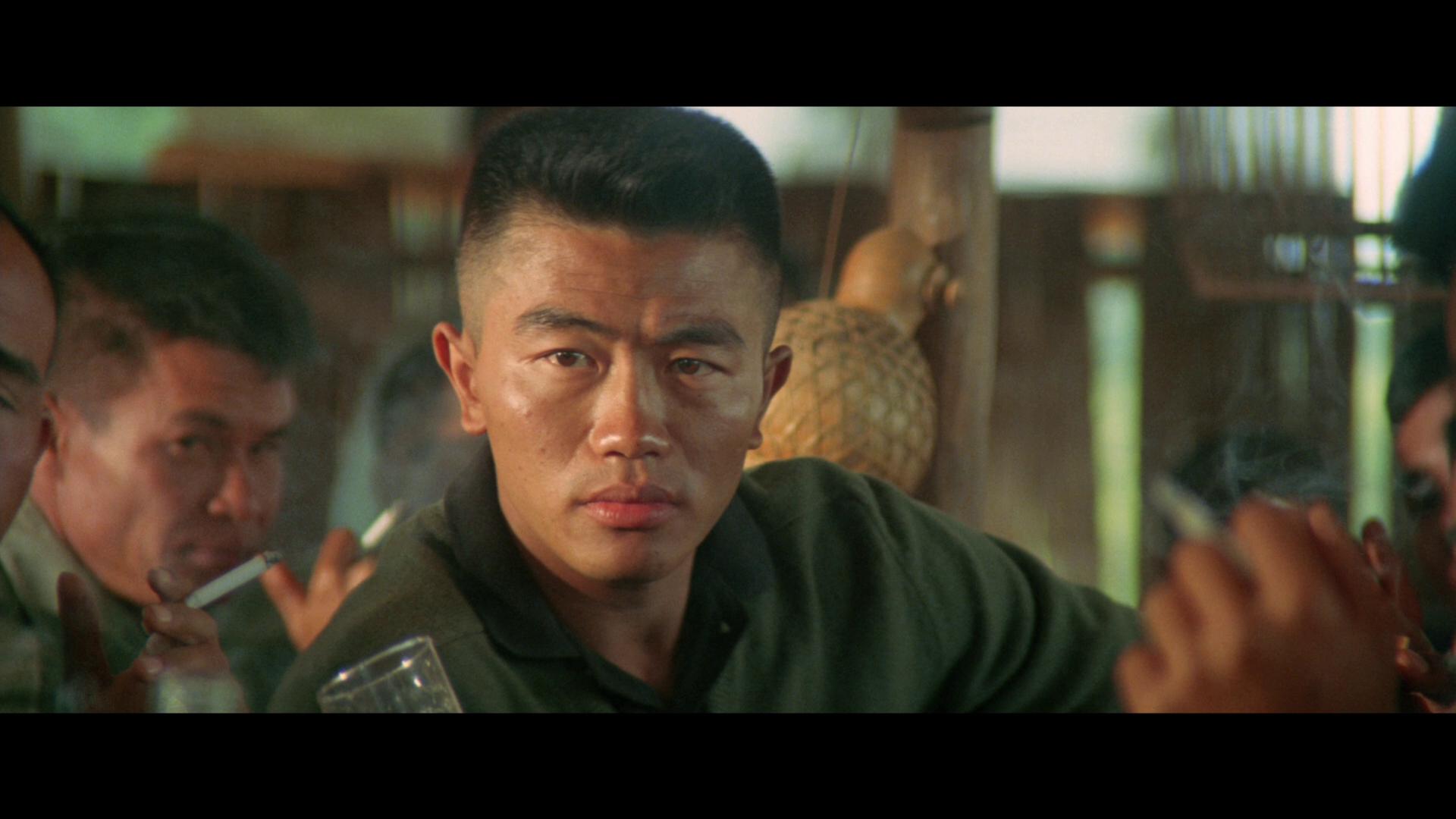 Packaged with an English DTS-HD Master Audio 5.1 mix, the Blu-ray release of Year of the Dragon provides its viewers with a fresh, much more powerful, and almost insanely immersive audio experience.  While it’s not as immersive as what a 7.1 mix would have offered, the amount of raw power that comes through the front and rear channels clearly shows that there was a lot of attention to detail, and tender love, and care as the track went through its restoration processes.  The transitions between the fronts and the rears were effortless, and helped add to the overall level of immersion, and the accompanying musical score helped to intensify the emotions as the plot moved onward.  Dialogue is spoken cleanly, and the characters are able to be heard and understood with no need to manually adjust the volume as it progresses; but, as my wife and I watched this the other night, did notice that we had to bump the volume level up at the beginning over our normal volume level; but, that’s not really much to complain about. 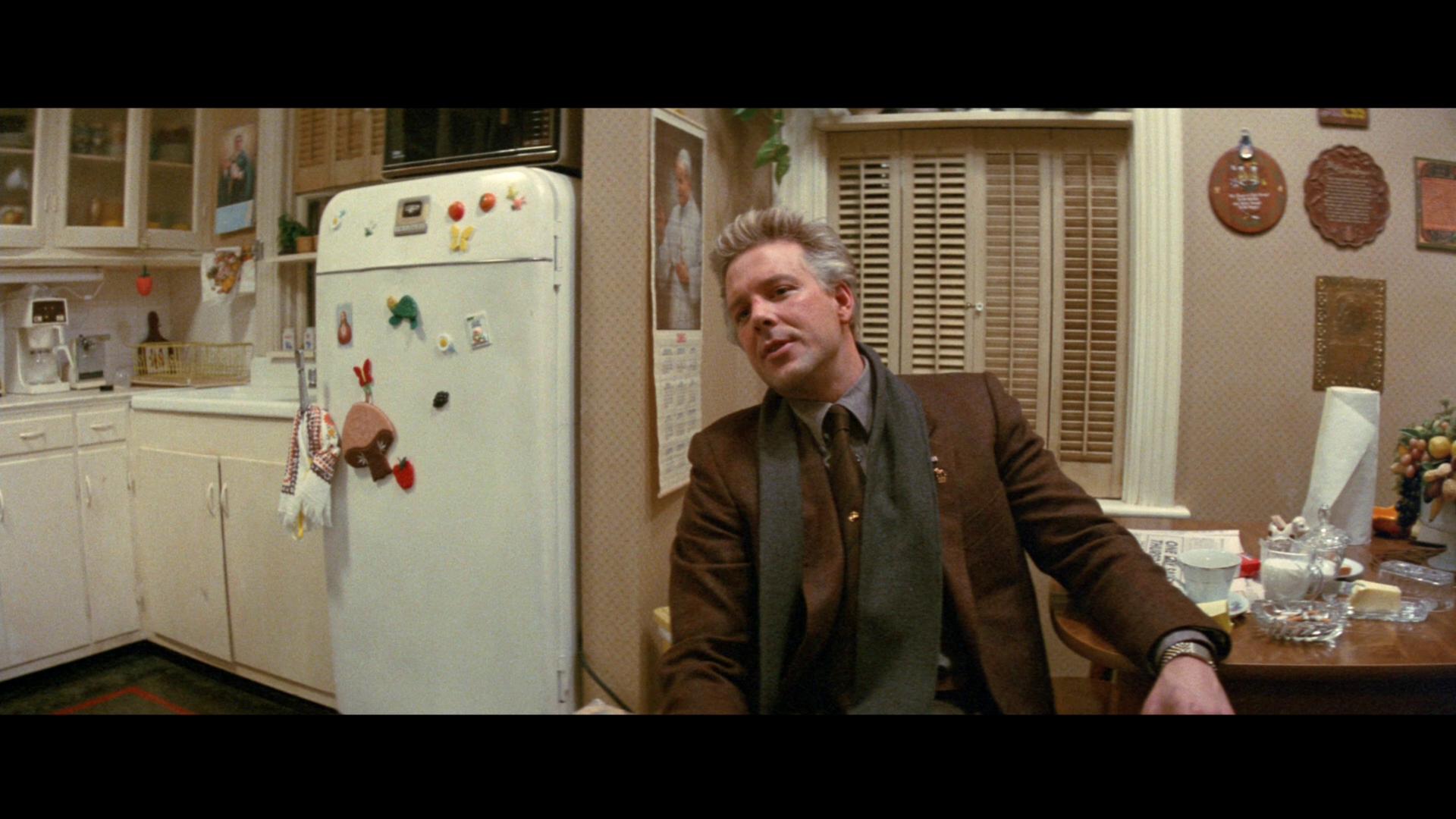 The Blu-ray release of Year of the Dragon comes bundled in the standard single-disc Blu-ray amaray case.  The Blu-ray disc featuring a piece of artwork that’s clipped from a portion of the case art.  There aren’t any DVD copies nor are there any digital copy redemption pamphlets, and there isn’t a slipcover with this release. 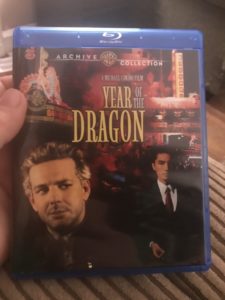 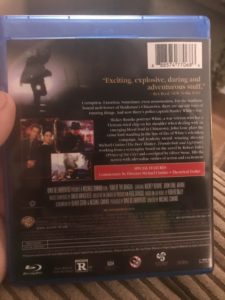 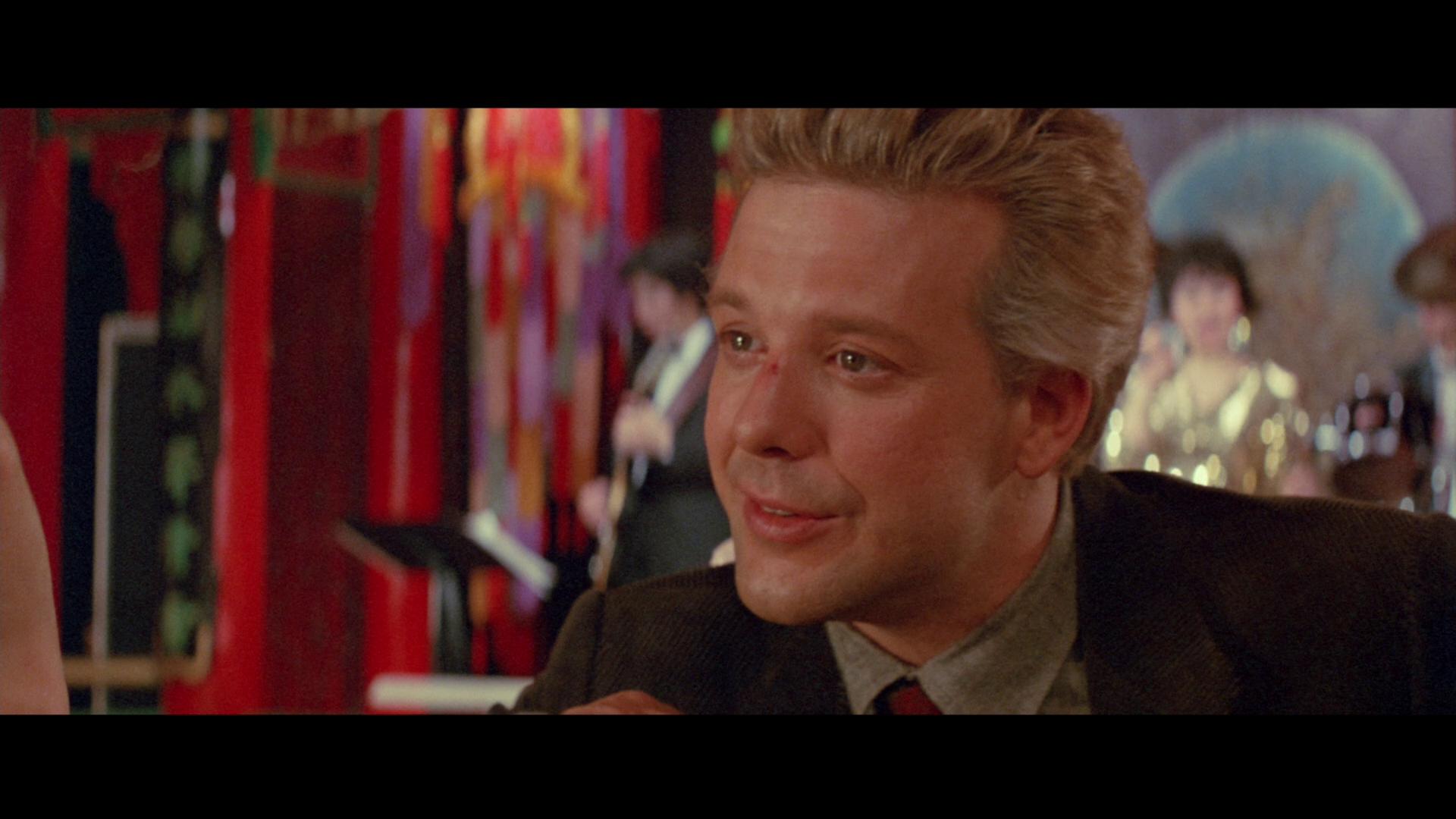 Warner Archive really did a phenomenal job with this release of Year of the Dragon.  As the visuals and audio pieces of the release are significantly cleaner than previously made available releases, and the overall storyline is one that provides a good number of tense moments and an experience that was able to grab and maintain our attention as we watched along.  The optional audio commentary that was included was a nice venture to sit down with.  If you’re on the fence about this release, I’d definitely recommend picking it up.  Year of the Dragon is available on Blu-ray today. 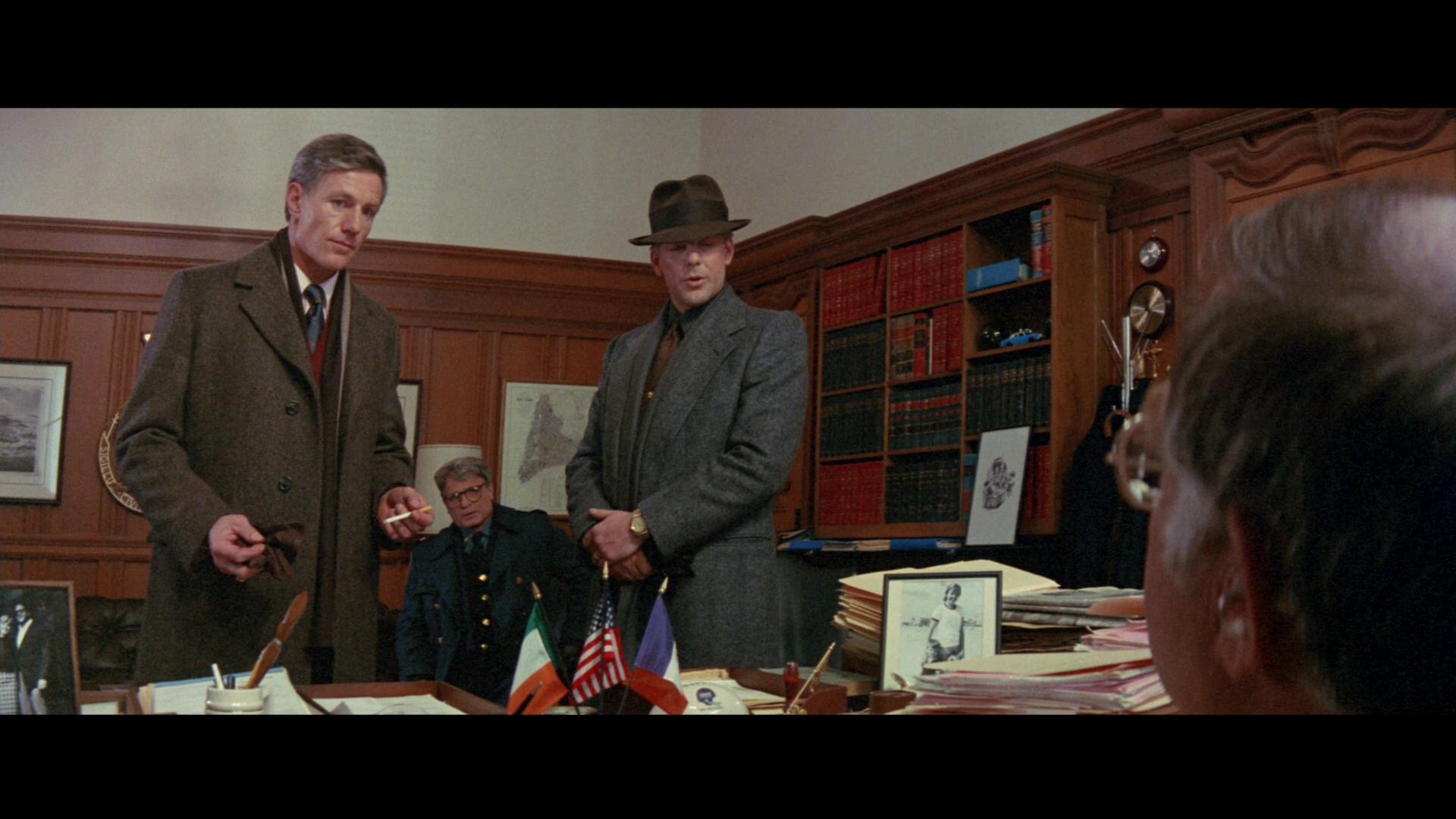