Originally, Jet Li was brought on board to star as the films main antagonist, Xiang. However on February 12, 2016 news came out that he dropped out and was eventually replaced with Donnie Yen. Unlike the previous films, which were distributed by Columbia Pictures, this release was made available by Paramount Pictures on January 20, 2017 in 2D, RealD 3D, and IMAX 3D. This also marks the first film to be produced by Revolution Studios in ten years since the 2007 film The Water Horse: Legend Of The Deep. xXx: Return Of Xander Cage received mixed reviews from film critics and ended up grossing over $346 million worldwide against its $85 million production budget, making it the eighth highest-grossing film of 2017 and the highest-grossing film from the Revolution Studios franchise. 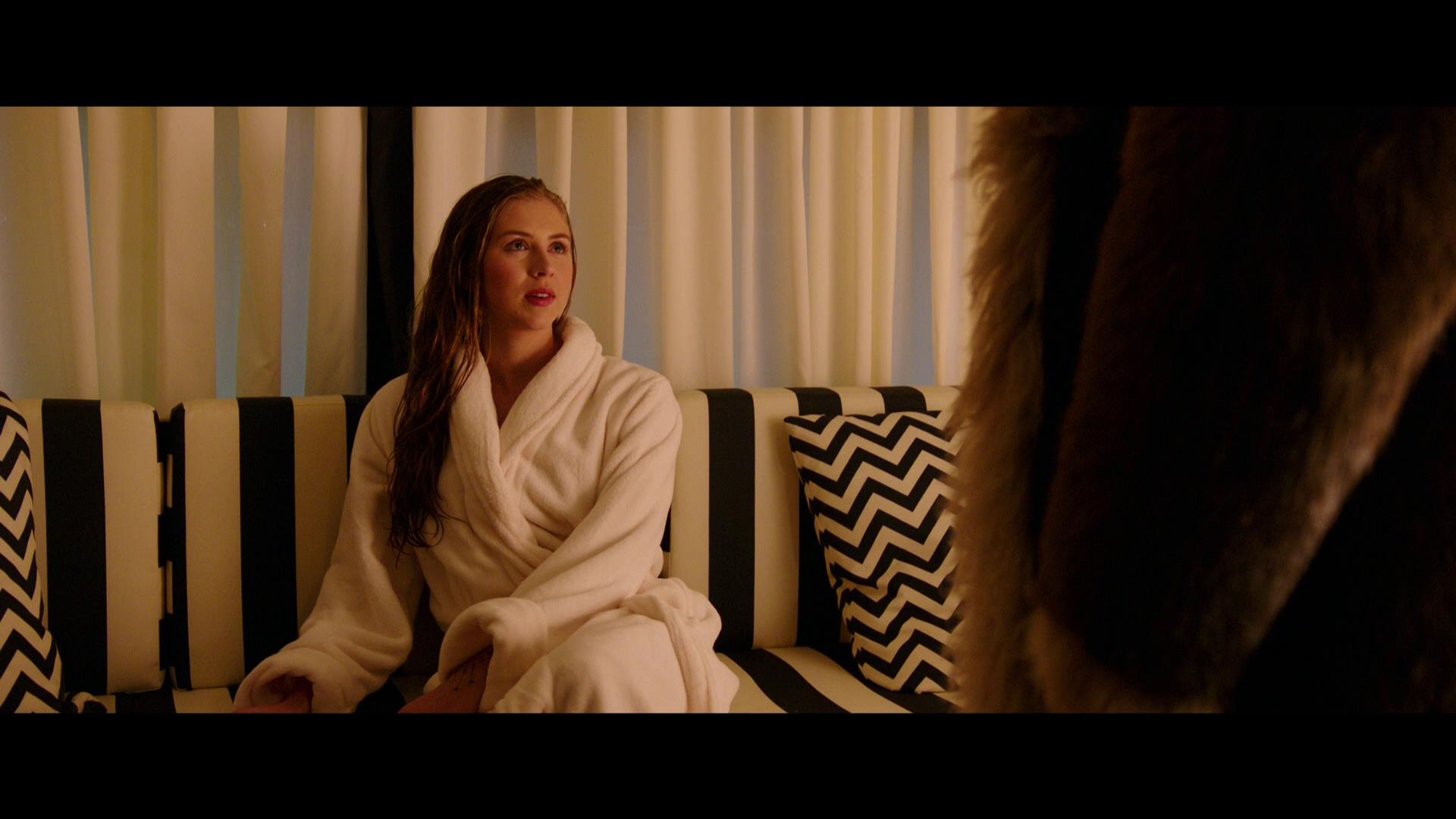 xXx: Return Of Xander Cage is a film that you have to go in with absolutely no expectations whatsoever.  Films like this are loaded with on the edge of your seat action and excitement and if you’re not paying attention throughout the film, you can easily get lost in the story line.  That said, this new release to the franchise did an absolutely fantastic job at falling right in line with the two earlier films and it kind of brought things full circle overall.  The story that we are given is one that myself and my wife both found to be interesting and very well maintained throughout and we had absolutely no issues with the movie itself. 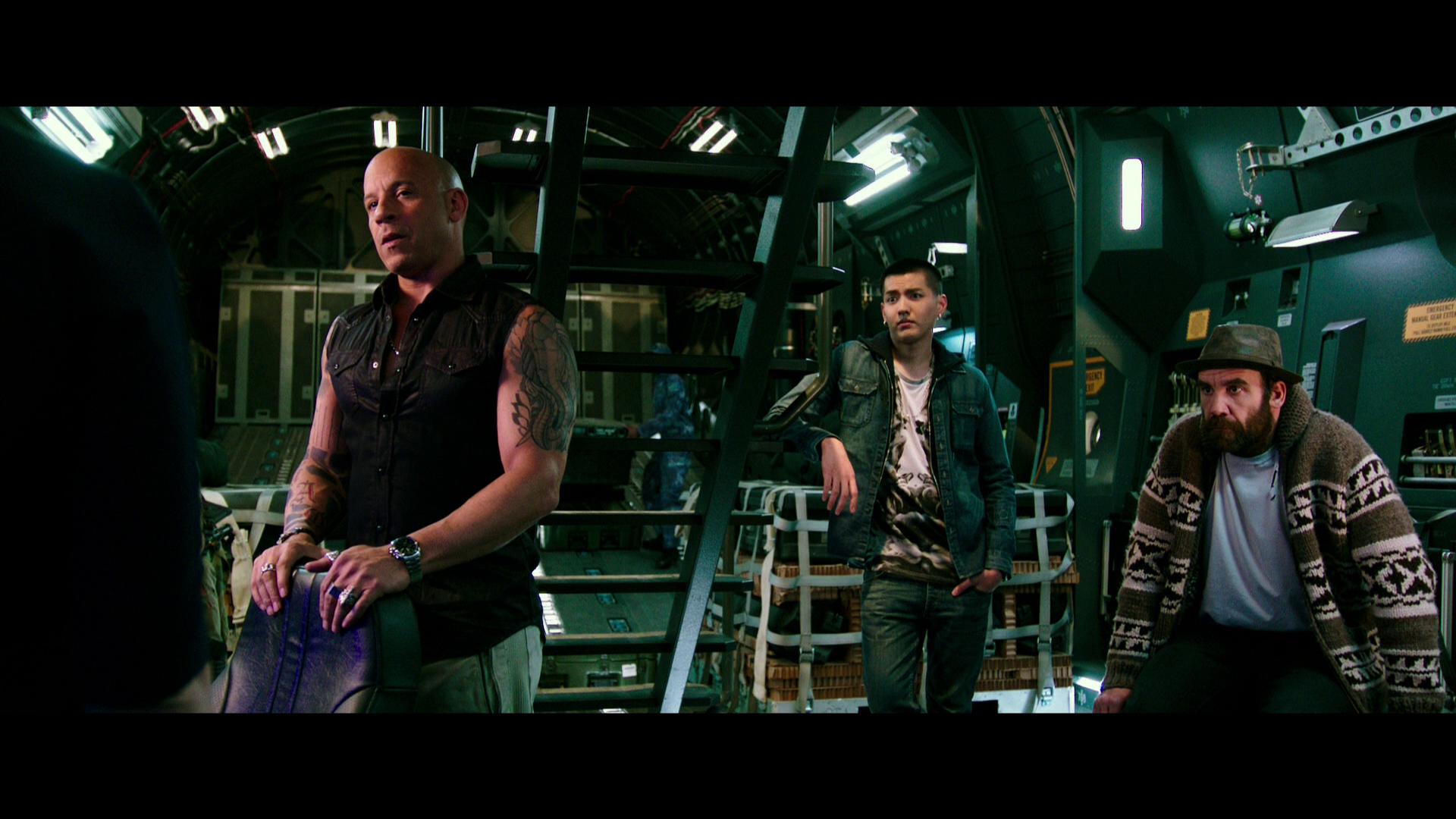 The visual presentation that xXx: Return Of Xander Cage was absolutely stunning.  Allowing for a crystal clear look into this governmental agency and all of the off-the-wall action their most notorious agents go through allowed for an all out immersive experience.  Experiencing what seemed to be absolutely no distortion in the picture quality at all, I thoroughly enjoyed the visual experience that was provided.  I only have one small complaint with this release and is with the CGI effects.  Granted, 4K is still a considerably new technology, there were definitely some spots where the CGI was obvious.  The use of HDR with this release was fascinating in that it offered an extreme boost to the color palette and allowed for everything that was unfolding to feel that much more real. 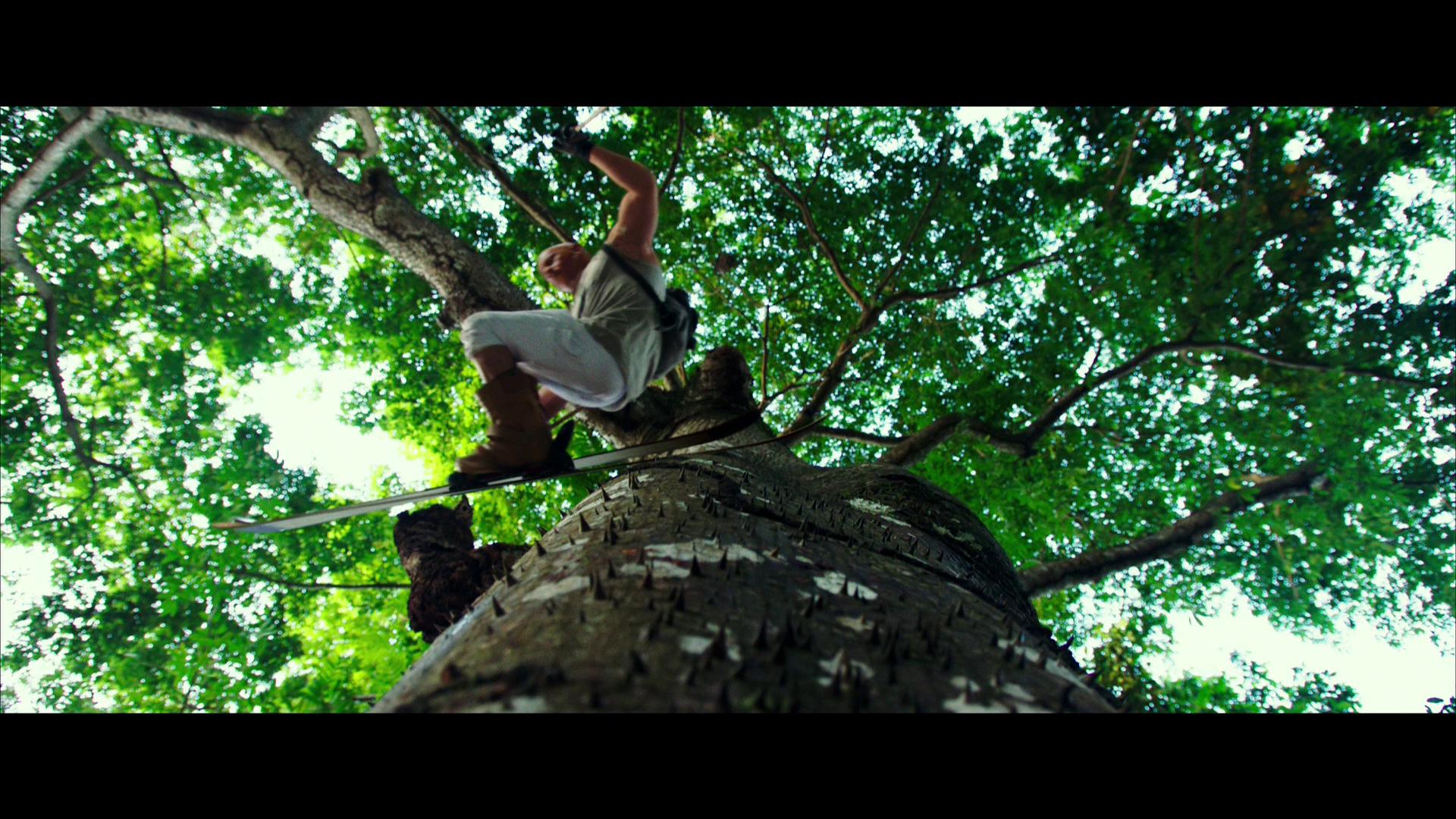 Packaged with a Dolby Atmos audio track, xXx: Return Of Xander Cage offers an all out immersive experience for those who have the ability to make use of the technology behind it.  The overall quality of audio is one that I would say is one of the best action soundtracks to hit the 4K market.  It’s so good that it absolutely compliments the full throttle action in the film.  The audio track definitely makes its presence known from every speaker that’s in the mix and with that experience, it offers that much more of a lifelike experience for home theater enthusiasts.

Blu-ray.com reports that there is an issue with Xander Cage’s dialogue around the 19-minute mark, where it sounds “scratchy and tinny” however I did not experience that while watching this movie tonight. 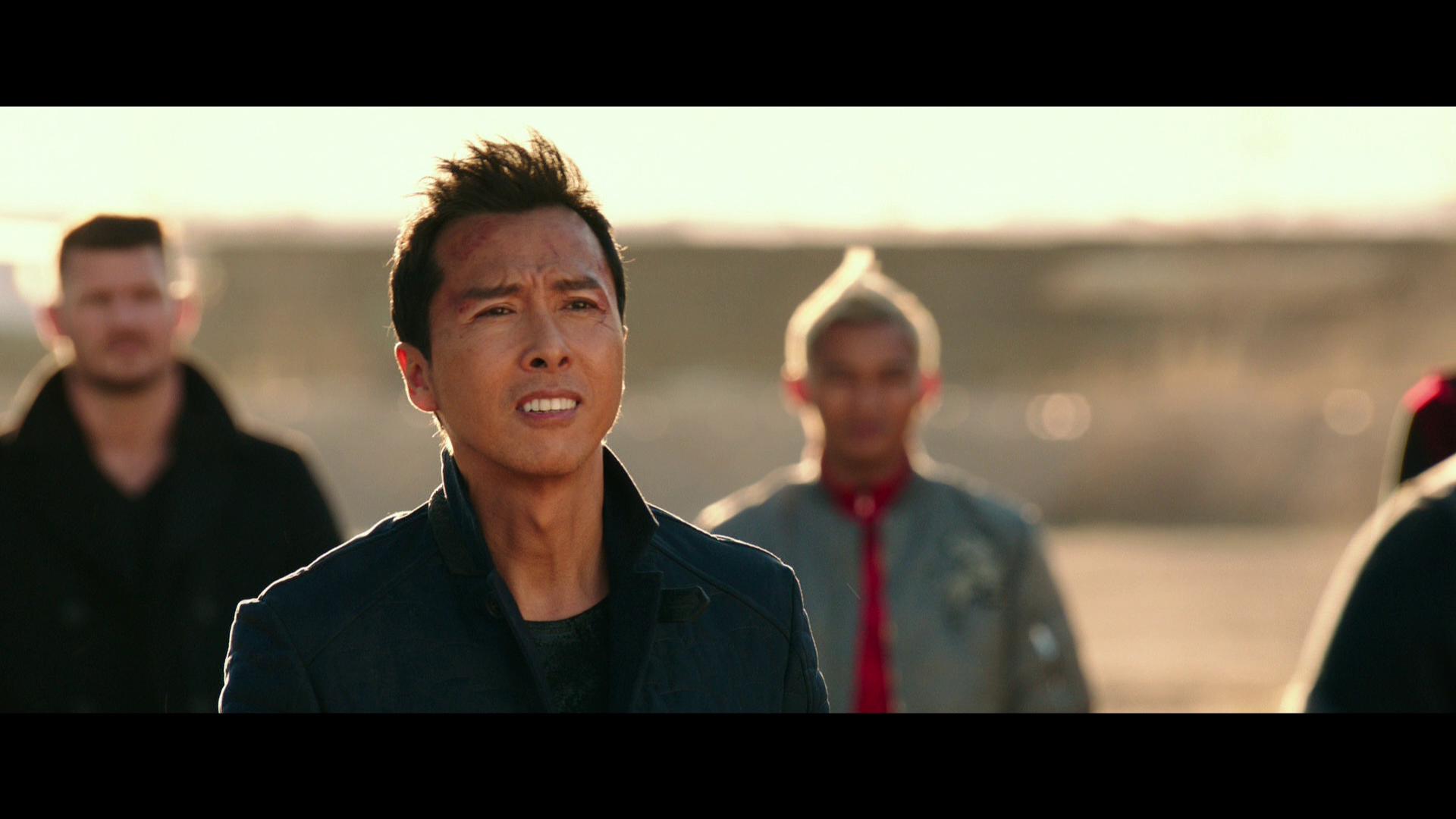 xXx: Return Of Xander Cage comes packaged in your standard 4K UHD amaray case.  Contained within that case is the standard 4K UHD release of the film as well as the standard Blu-ray copy of the film.  The discs are generic in that they do not feature any artwork whatsoever and only contain the necessary text that’s related to this release.  There is also a digital copy redemption pamphlet for on the go streaming and there is a slipcover that’s been made available in the initial pressing of this film.  The artwork for the slipcover features the same art as the amaray case. 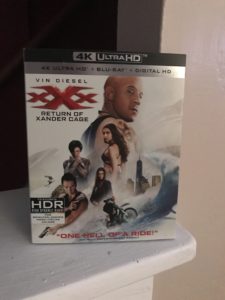 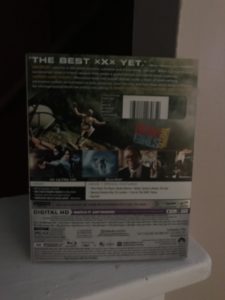 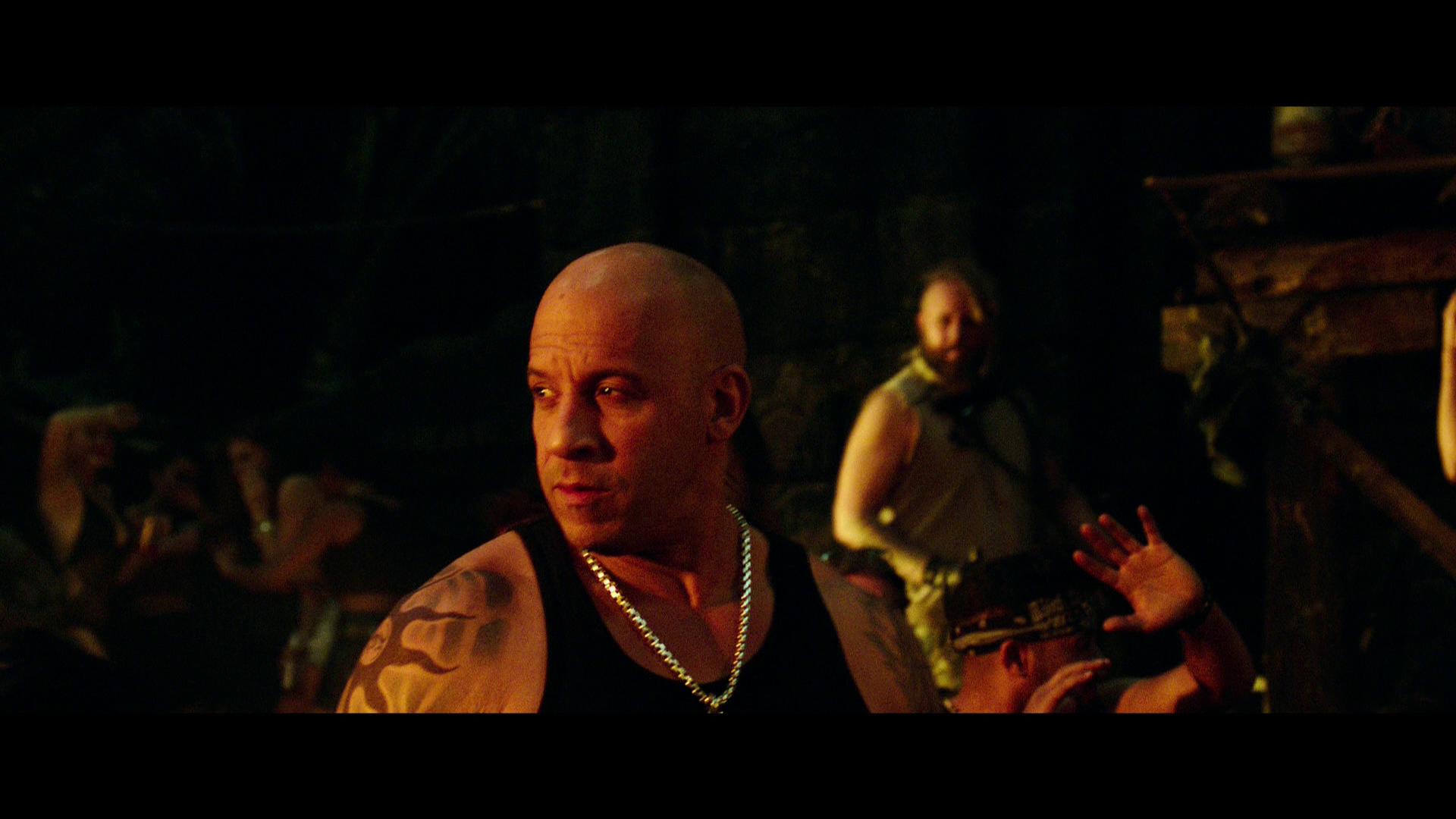 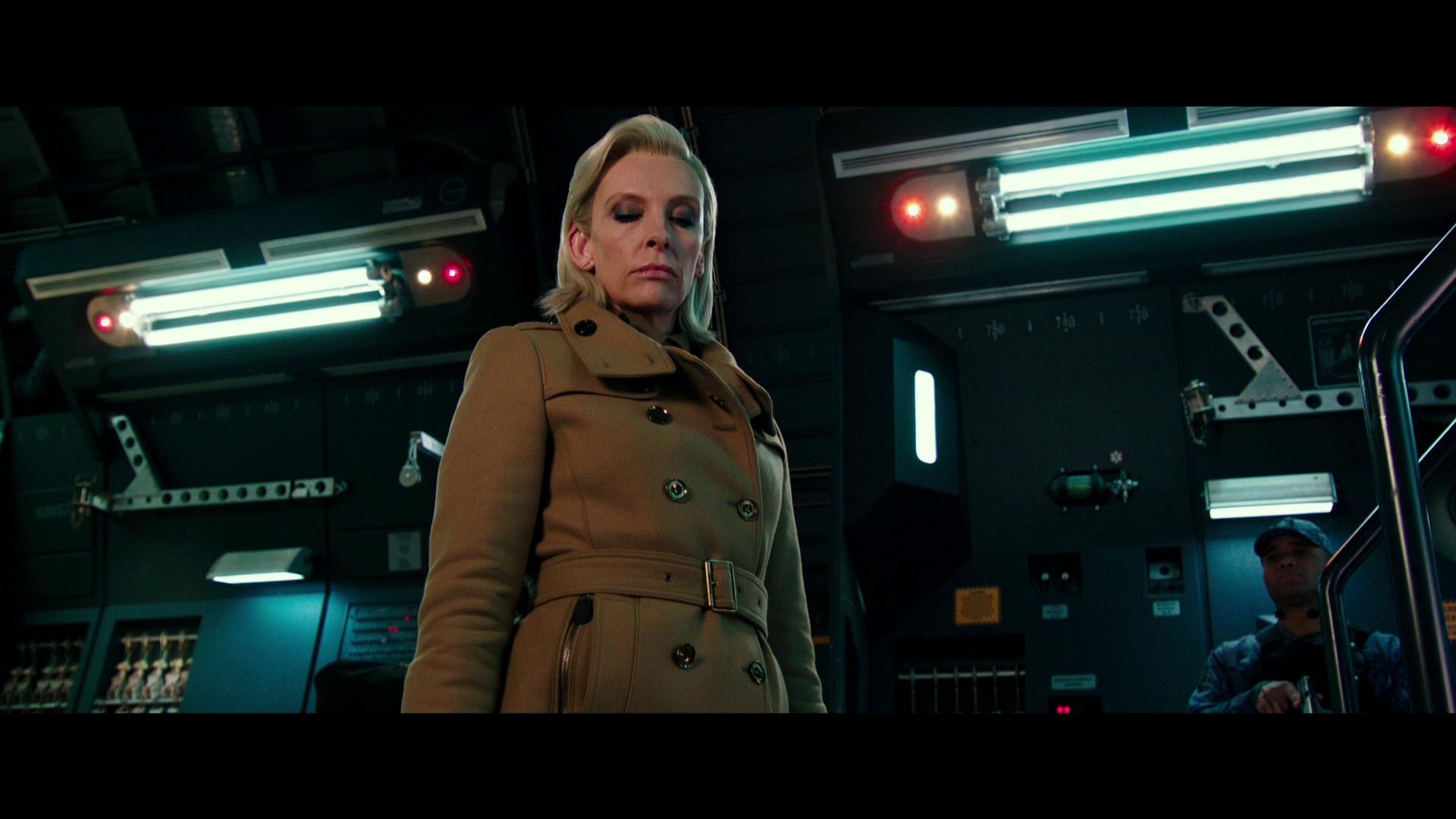 When xXx: Return Of Xander Cage was originally announced, I will admit, I got rather excited as I had thoroughly enjoyed the first two films respectively.  However, given the recent rise in sequels and reboots, I was slightly nervous that they would royally screw this film up.  That said, this movie was extremely fun to watch and I was not disappointed by it at all, with the exception of the obvious computer-generated images that were used in some of the action sequences.  The audio and visual presentation of this release was stellar and allows for this addition to my collection to be a new feature piece when showing off my living room setup to guests.  If you’re looking at picking this film up, I’d highly recommend ordering it now.  Even if you don’t have the capability to make use of the 4K, get the UHD because down the road, should you decide to upgrade; this release is one that you should have in this format at hand. 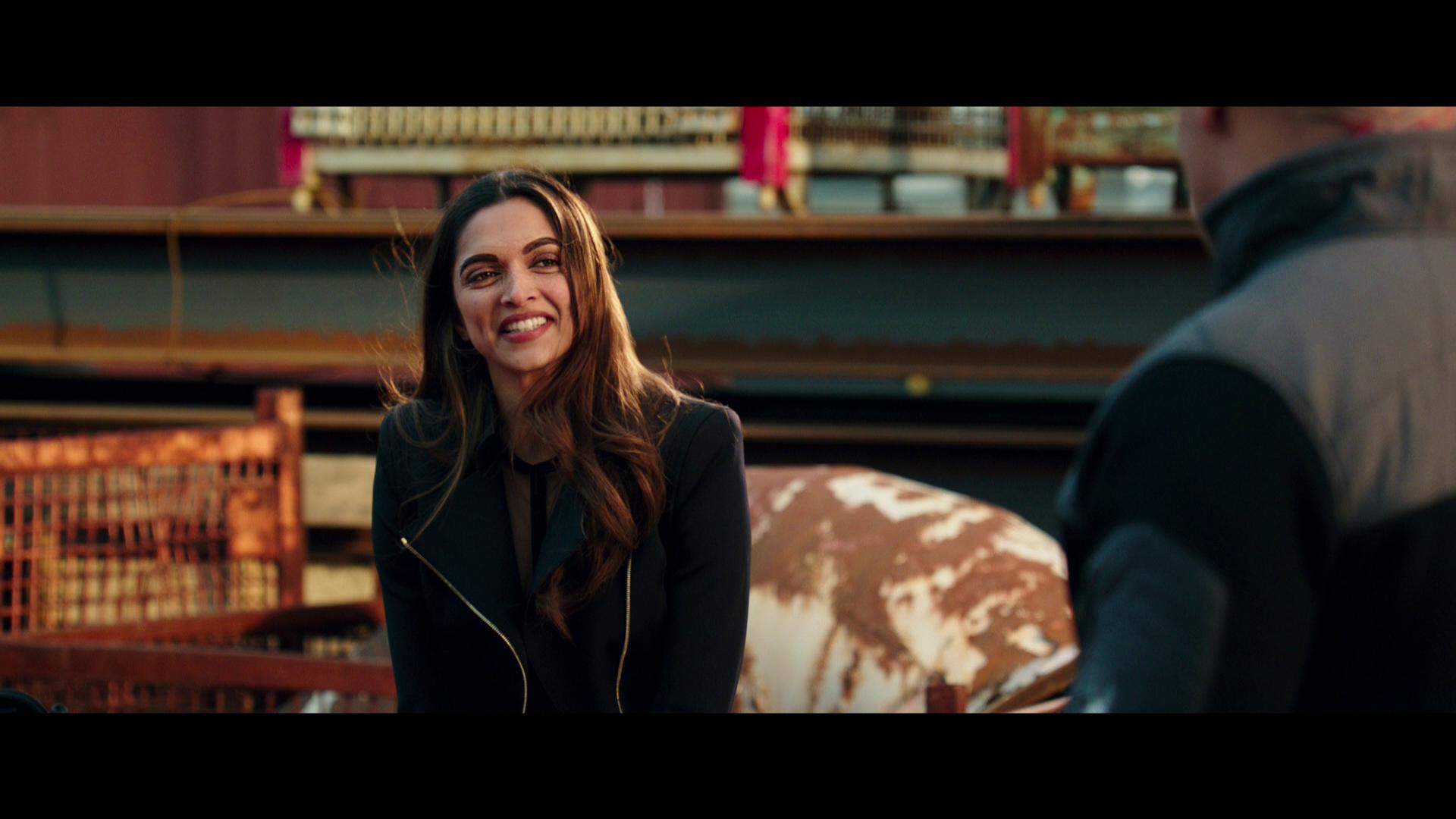