I wasn’t around for the original run of The X-Files when it aired on Fox in 1993. I wasn’t even a thought. So, when I talk about The X-Files, I’m not viewing it from a nostalgia fueled perspective.

That being said, let it be known that in my opinion, the first season of The X-Files is quite the force to be reckoned with.

The 24 episode long season introduces us to FBI agents Fox Mulder (David Duchovny, Californication) and Dana Scully (Gillian Anderson, The Fall), who from this point on will be referred to only by their last name, as it’s done throughout the series. Scully, a doctor, is assigned by her superiors to work with Mulder, and assess the validity of his work, which of course is investigating a series of paranormal and extraterrestrial cases known as, “The X-Files.” Scully plays the grounded, skeptic, who questions Mulder’s obsessions and passions to seek out the answers that are beyond our own scientific knowledge. Their relationship, which develops over the course of the season into a respectful friendship, is the foundation on which The X-Files is based. 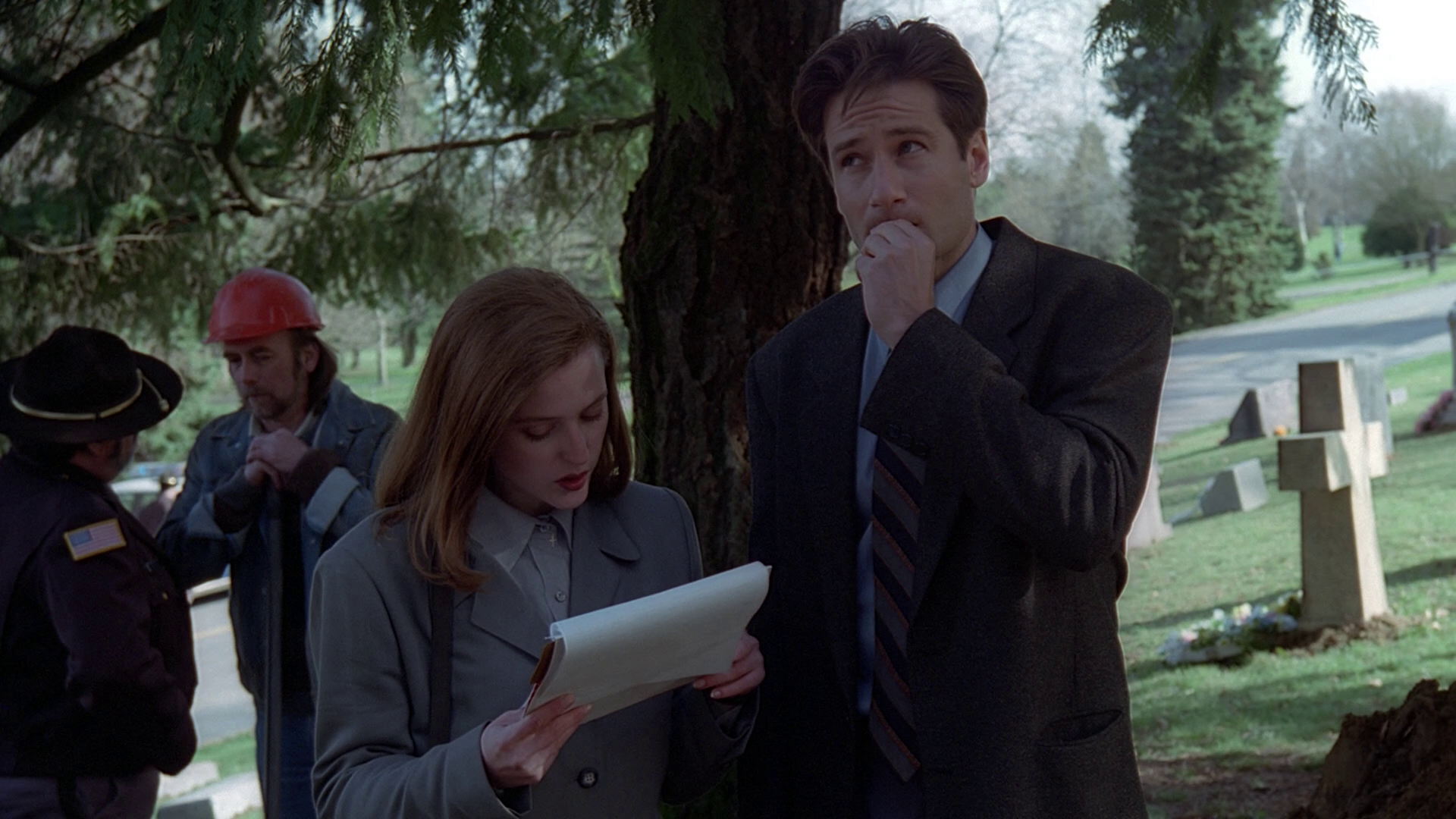 These two, through the course of their work, encounter everything from alien abductions and horrifying diseases to massive government conspiracies in their quest to seek out the truth behind the X-Files. The first season spends much of its time evenly split between exploring conspiracy material, the main story that carries the series through its 9 seasons, and “monster of the week” episodes, which are one off stories that are cleanly wrapped up in a single episode. 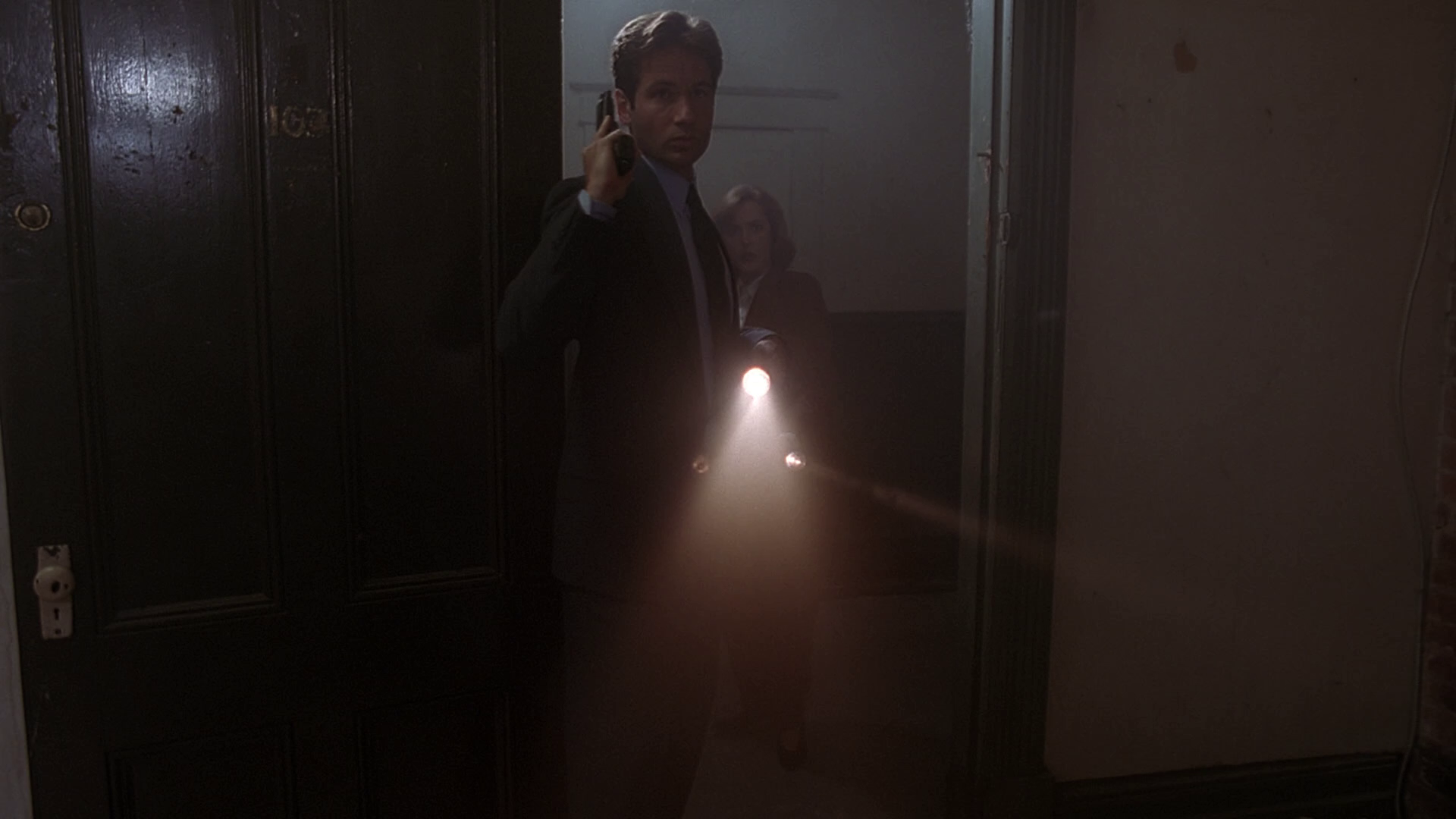 Standout episodes from this season are those like the third episode, “Squeeze,” in which our dynamic duo is put up against a series of mysterious murders, in which there seems to be no logical method of the perpetrator getting in or out of the murder scene, “Ice,” in which Scully and Mulder are sent to an arctic research center in order to investigate why a research team tore each other to pieces, which is very reminiscent of a low budget take on John Carpenter’s classic, “The Thing.” “The Erlenmeyer Flask,” the season’s finale, stands out as one of the most thrilling season finales I’ve ever seen, one in which all of the momentum of 24 episodes of solid television pay off in a way that only drives me to want to know the truth even more, with a thirst that rivals only that of Fox Mulder himself. 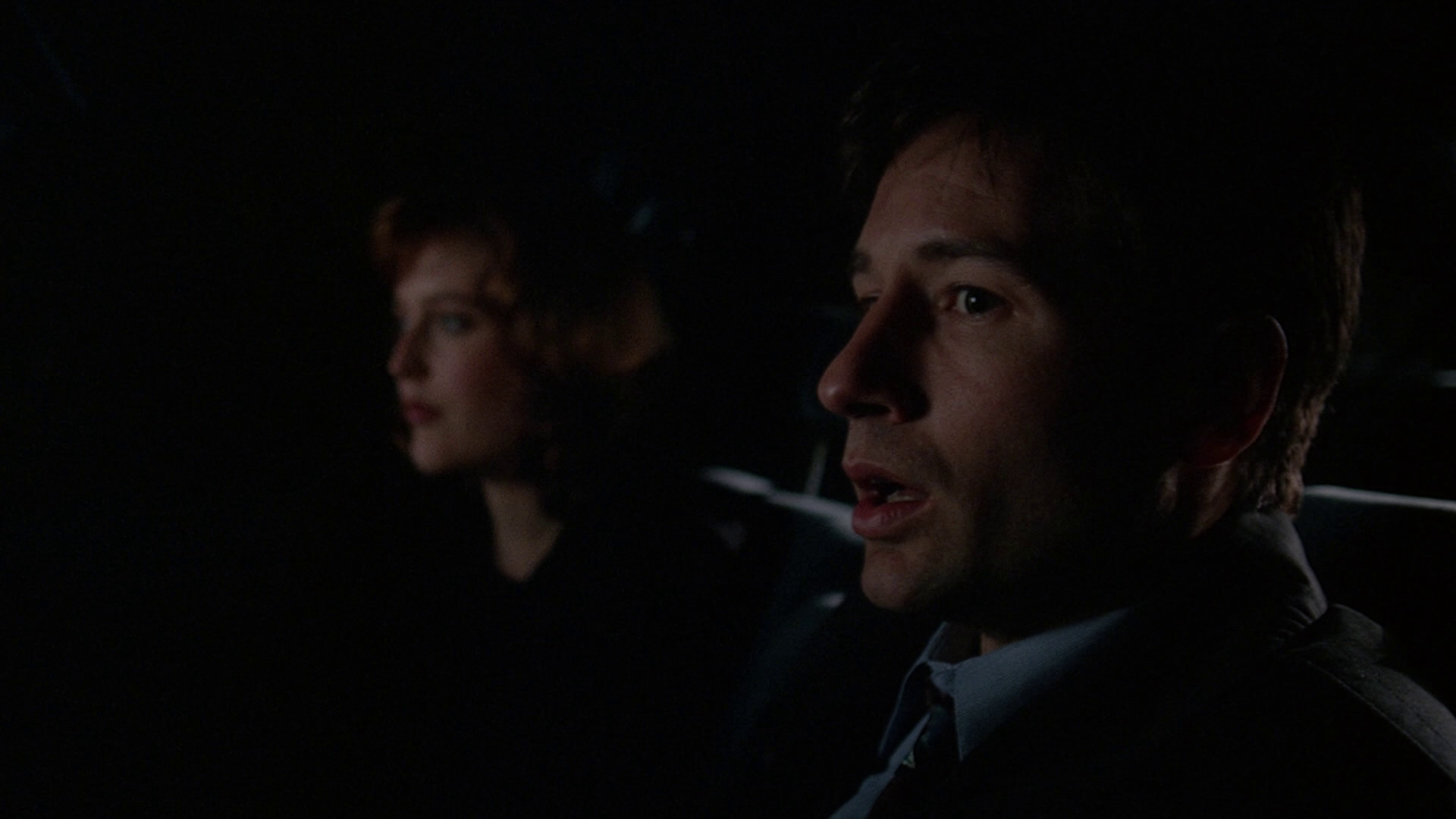 The material is presented with fantastic production quality, only held back by some less than convincing computer graphics sequences which are tough to ignore, and the chemistry is so great between our two lead actors, that its hard to not fall in love with The X-Files. Its not often that you see a television program, especially one that tackles stories that are generally restricted to low budget B-movies, that is presented with such confidence and energy.

The X-Files was shot on 35mm film, and transferred to video tape, where it was color timed, and effects were added so that it was ready for broadcast TV, which means the entire run of The X-Files had to be rebuilt, essentially from the ground up so that it would be ready for 1080p high definition. The people who were responsible for the massive effort re-scanned the original camera negatives, including stock footage used throughout the series. Visual effects were also recreated from scratch, in a similar fashion to what CBS did in preparing Star Trek: The Next Generation. The series was also reframed to fit the 16:9 aspect ratio of modern TVs. Having seen the first season episodes recently enough in 4:3 on Laserdisc, I can say that without a doubt, the widescreen reframing does not detract from the quality of this release. 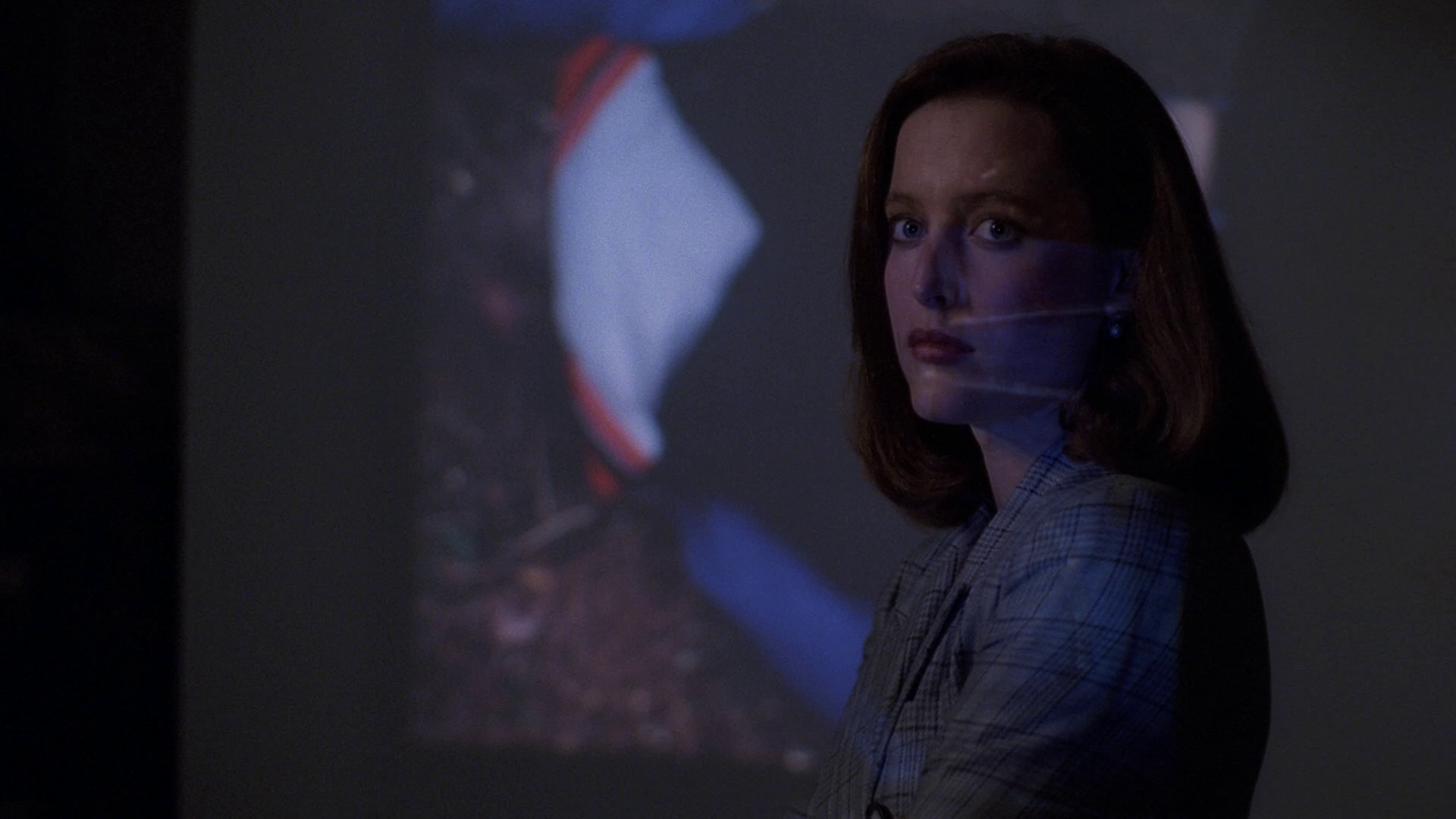 All that aside, The X-Files looks, for the most part, incredible on Blu Ray. Its like watching a brand new show. The show, which was shot in a rather dark, shadow-filled style, had the tendency to look rather poor in standard definition. These new masters allow the show to truly shine, revealing details that were impossible to discern from the old TV masters. The contrast is improved, and color is substantially richer. The visual effects were, and still are rather basic, serving not to impress, but to simply get the job done, and hold up as well as they could in 1080p. Grain in present in healthy amounts over every shot of the entire season. The restoration however, is not flawless, and there are various instances of print damage and gate weave across the entire season that would hold this release back from being totally flawless in the video department.

Presented in 5.1 DTS Master Audio, The X-Files sounds surprisingly good for a show that was meant to be viewed on old tube TVs. The surrounds are frequently active, producing ambient noise, and carrying parts of the show’s score. The subwoofer really doesn’t get much of a work out, but if that’s my only complaint for the sound reproduction of a 20+ year old TV show, then that’s hardly something that should turn anyone off from this release. 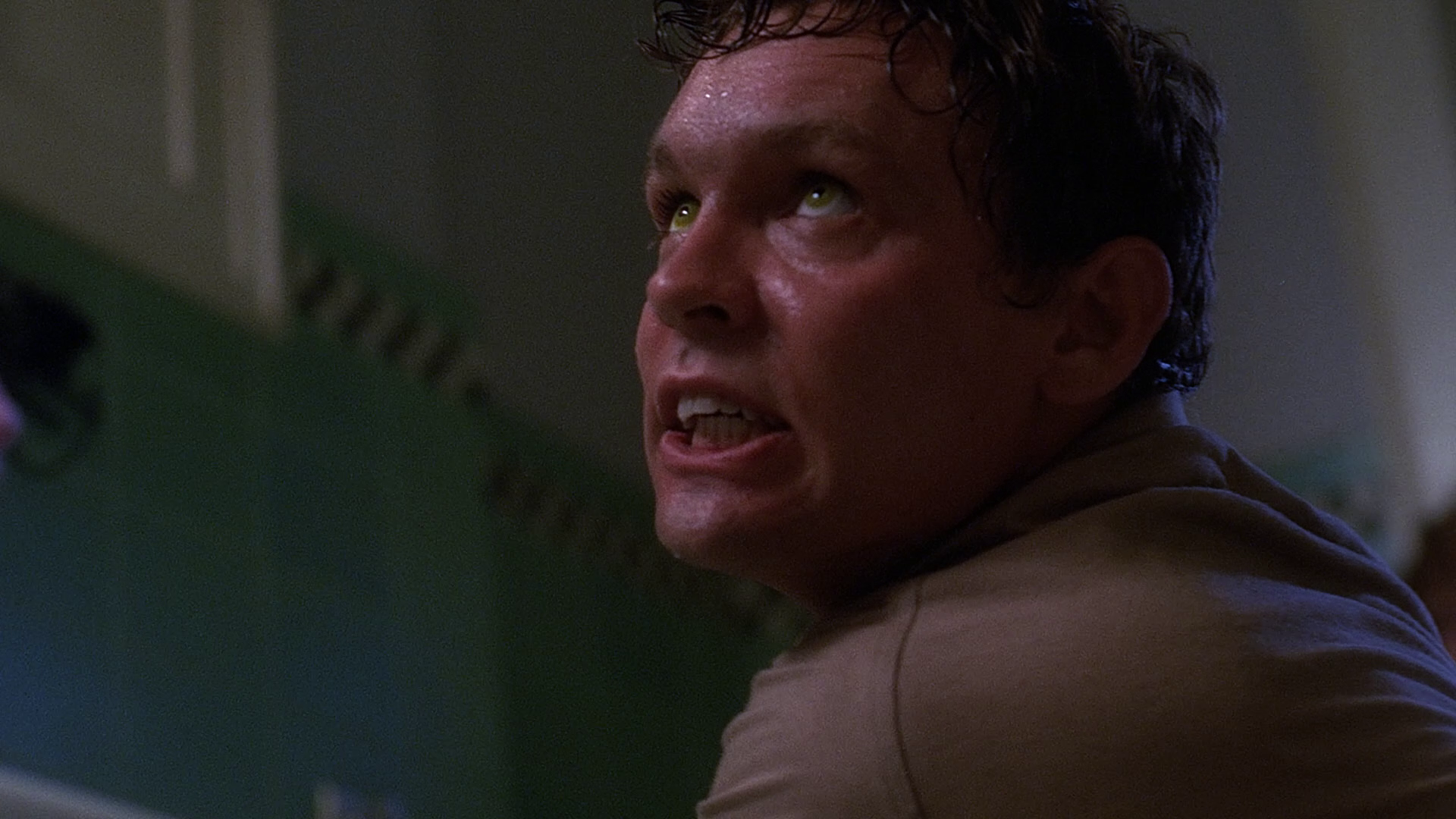 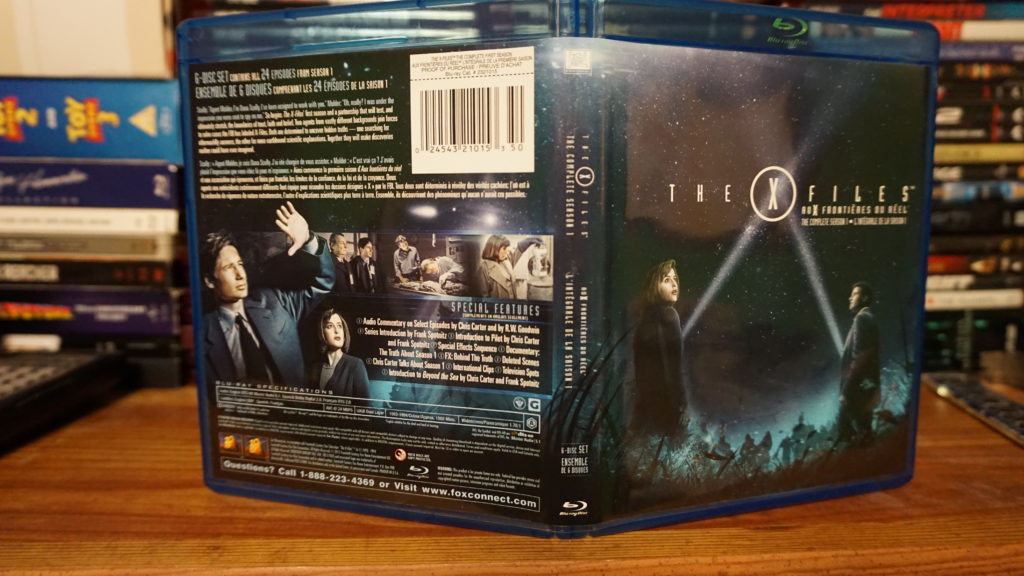 The X-Files – Season One is presented in a non-standard Blu Ray keepcase that is roughly 1.5 times the size of a standard Blu Ray case. Inside the case, is six individual Blu Ray discs, each with a rather uninspired X based disc art, that houses 4 episodes apiece. As for cover art, the set includes a reversible cover sheet, with information regarding the release on the back, and a striking image of Mulder and Scully shining their lights towards a foreboding cast of characters. The reverse side has a list of the episodes and special features on each disc, set against a picture of a light shining through a dark forest. Nothing spectacular, but it gets the job done.

As a note, I did purchase the Canadian release of the Blu Ray set. It is identical to the American release, except that it contains some repeated writing in French, 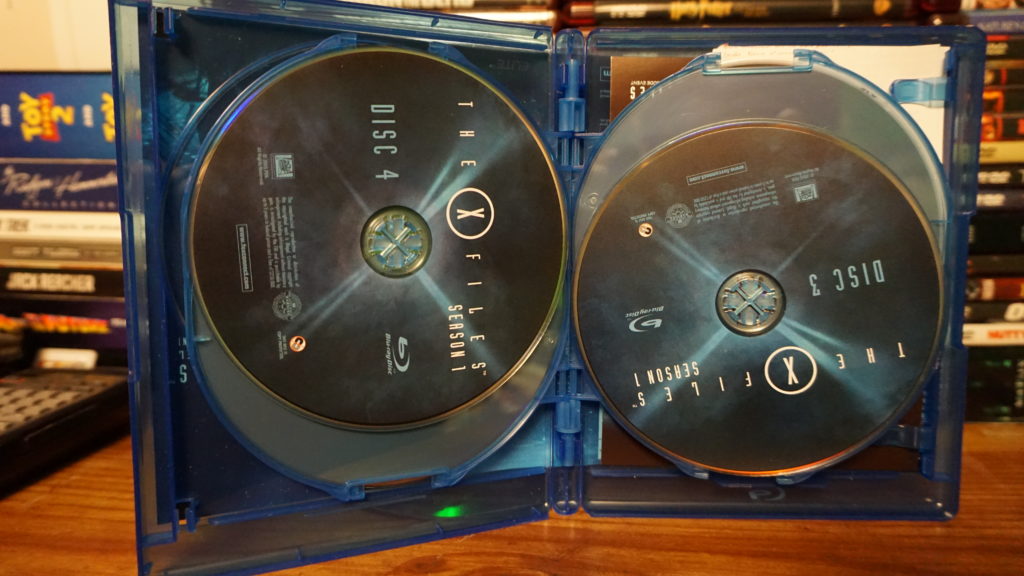 As for special features, nothing here is particularly mind blowing either. The majority of the features on each disc are dedicated to international clips from several episodes, and clips in which Chris Carter talks briefly about specific episodes, both appear to be holdovers from the original DVDs. There are a few commentaries, for the episodes Deep Throat and The Erlenmeyer Flask, and a few documentaries about the special effects, and the season as a whole. Also included are a few TV spots, and some introductions for specific episodes. Nothing really struck me as incredible from this release in terms of special features.

Man, this show is tons of fun. Its thrilling, well written, and a blast to sit through, especially when the episodes focus on the long form conspiracy based episodes. The show really shines, as well as a drab, coldly shot show meant for TV can, with a beautiful HD presentation, and great audio. The special features are for the most part, uninspired and not very interesting, and the packaging is merely serviceable. Especially at its current price point, which is at a ridiculously priced 14.99, you’d be crazy to not pick up The X-Files: Season 1.