Don’t Worry, He Won’t Get Far On Foot is a 2018 American comedy-drama film that is based upon the memoir of the same name written by John Callahan. Gus Van Sant wrote the screen adaptation and directed the film. The cast includes Joaquin Phoenix, Jonah Hill, Rooney Mara, and Jack Black, and follows a recently paralyzed alcoholic who finds a passion for drawing off-color newspaper cartoons.

Originally, Robin Williams had optioned the book and invited Gus Van Sant to adapt it. On November 29, 2016, it was announced that Phoenix was teaming up with director Van Sant for the biographical film of cartoonist John Callahan. Charles-Marie Anthonioz, Mourad Belkeddar, and Nicolas Lhermitte would produce the film for Iconoclast, and Steve Golin for Anonymous Content. In December 2016, Rooney Mara and Jonah Hill joined, while Jack Black joined the cast in February 2017, and Mark Webber and Angelique Rivera in March 2017.

The film had its world premiere at the Sundance Film Festival on January 19, 2018, and was released on July 13, 2018, by Amazon Studios. According to the review aggregator website, Rotten Tomatoes, the film holds an overall approval rating of 76% based on the 125 reviews that have been submitted, with a weighted average of 6.6/10 The critical consensus reads that it “avoids inspirational biopic cliches thanks to the sensitive work from writer-director Gus Van Sant and the admirable efforts of a well-chosen cast.” 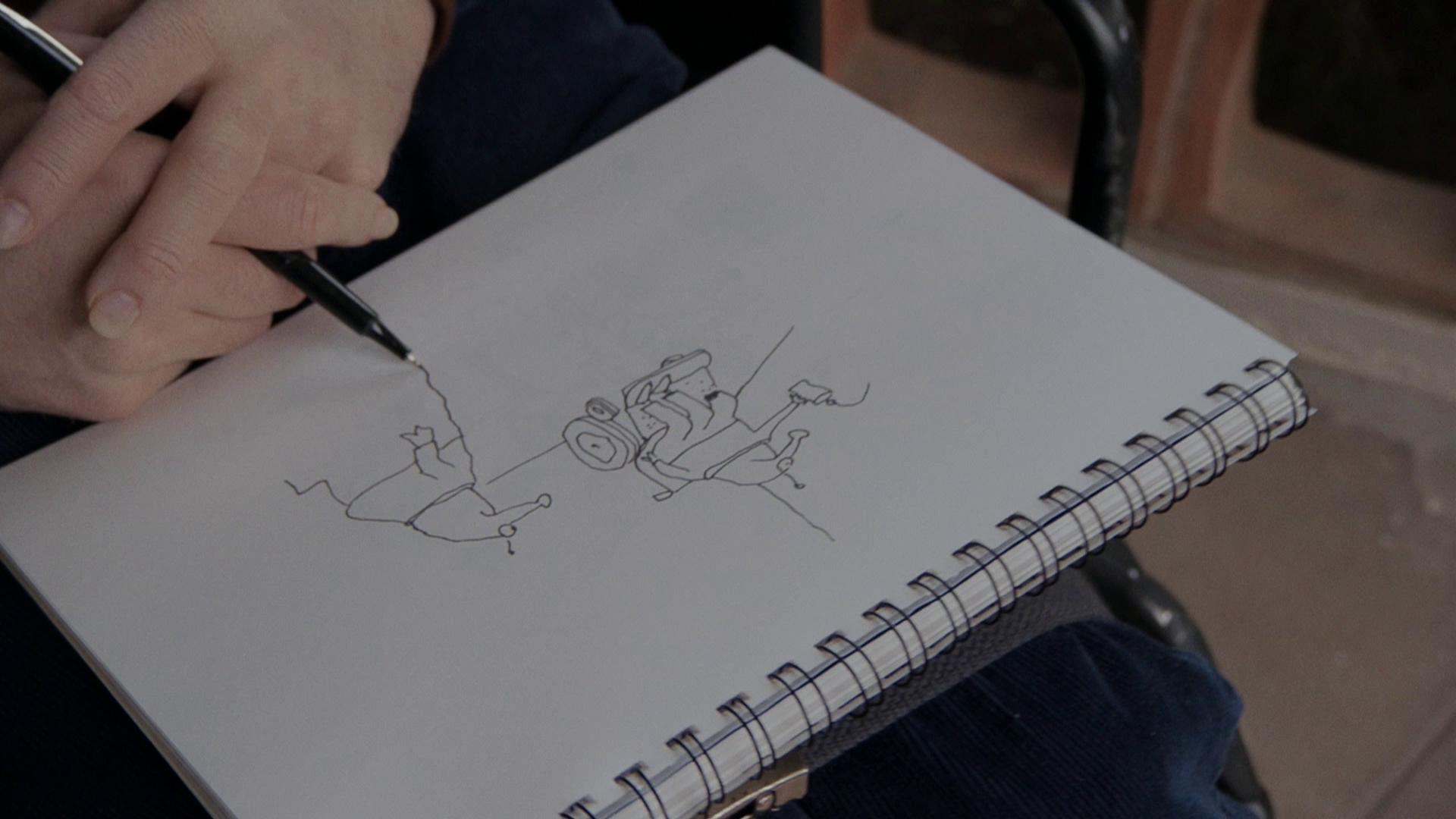 Don’t Worry, He Won’t Get Far On Foot is a biopic that features somebody that is a self-made artist, and the various struggles that he’s gone through in his journey. Giving audiences some pretty phenomenal performances from the cast members, the story that’s accompanied with this release is one that falls short of being an inspirational film. Loaded with a ’70s vibe, it features some really awesome creativity and dark humor, that it gives its viewers an experience that they didn’t really see coming. With it’s stellar cast, there are some pretty high expectations to be met, and this movie did a really good job at delivering.

Presented in 1080p from Lionsgate Films, Don’t Worry, He Won’t Get Far On Foot gives its viewers a clean look into the life of John Callahan, perfectly portraying the struggles that he went through as he fought for his sobriety, and perfectly captures his escape from reality as he worked on his art. While I can’t really say that one shot stood out more than the other, I can personally attest to the camera positioning in relation to the characters as it did a really great job at capturing the emotion of the characters, allowing for them to not only visualize everything that was going on, but offer a sense of empathy in one way, shape or form. 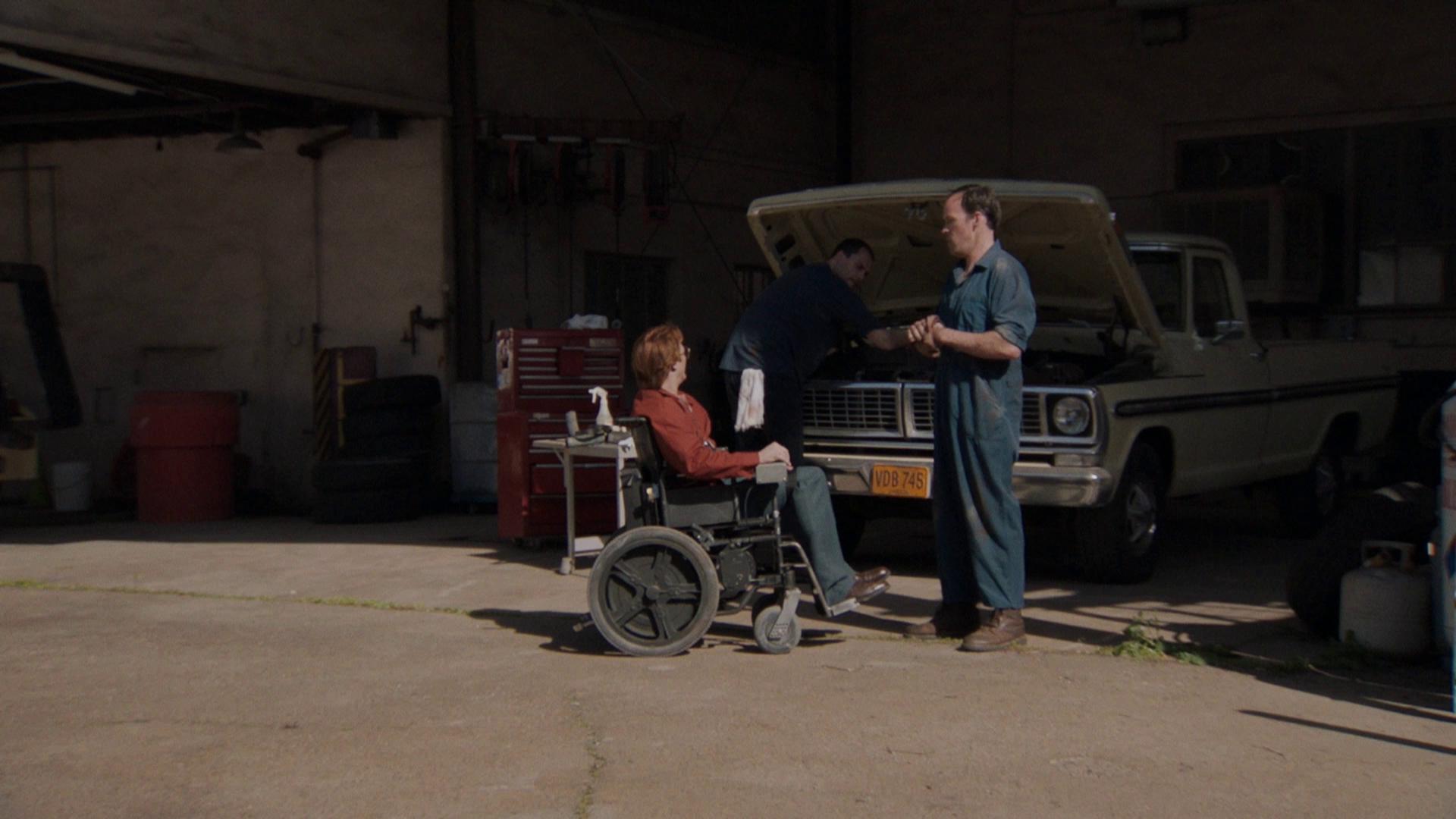 Packaged with an English DTS-HD Master Audio 5.1 mix, Don’t Worry, He Won’t Get Far On Foot gives its audiences not only a powerful experience, but one that uses the vocal undertones to help put them into the middle of everything. While it’s not as immersive as it could have been, the need for surrounding audio or those additional elements weren’t really needed with this movie as the primary area of focus were of those interactions that the lead character had with everyone, and himself. Dialogue is spoken cleanly, allowing for everyone to be heard and understood without the need to adjust the volume levels at all throughout the movie. 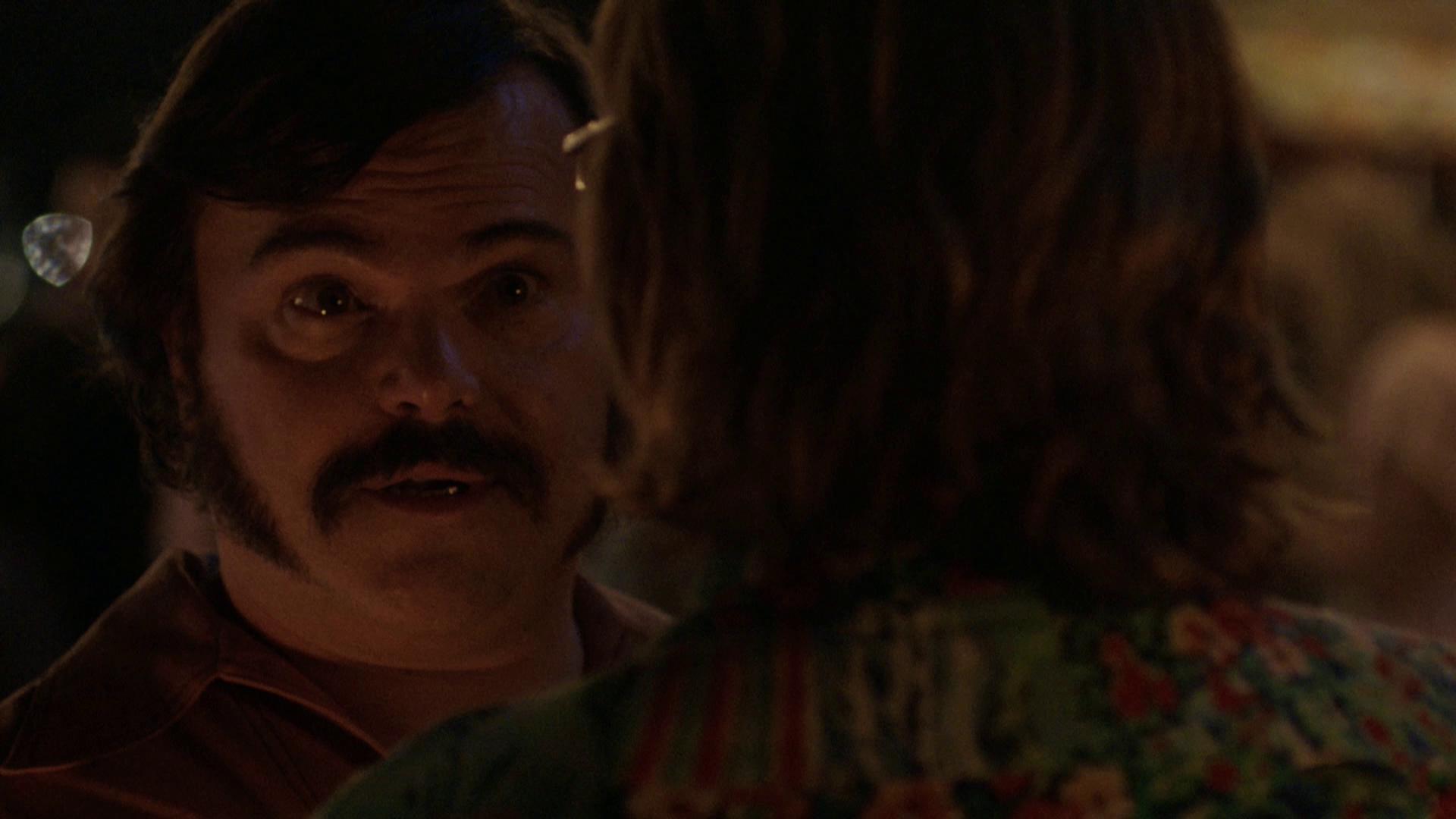 The Blu-ray release of Don’t Worry, He Won’t Get Far On Foot comes packaged in your standard single-disc Blu-ray amaray case. Within that case is the standard Blu-ray copy of the movie, the disc featuring no artwork that’s related to the film outside of the standard release text and generic solid blue background. There are no DVD copies of the movie included with this release; however, there is a digital copy redemption pamphlet that’s been included for the various streaming platforms. There’s also a slipcover that’s been included during the original pressing of the release that features the same piece of artwork that’s been provided on the case. 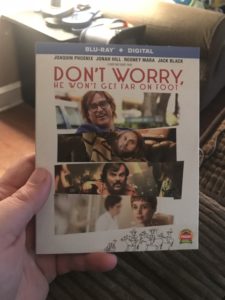 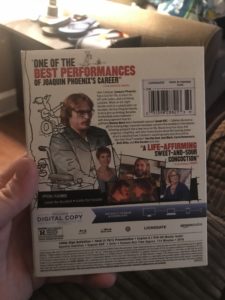 There are only a couple of additional features that have been included with Don’t Worry, He Won’t Get Far On Foot.  The two features included offer a small insight into the storyline as well as a small, and very minimal look at some of the behind the scenes work.  I do with that there would have been more substance than what was provided, maybe more in-depth material covering the story at hand, and definitely a lot more of a look at the work that went into making this movie.  Included with this release is: 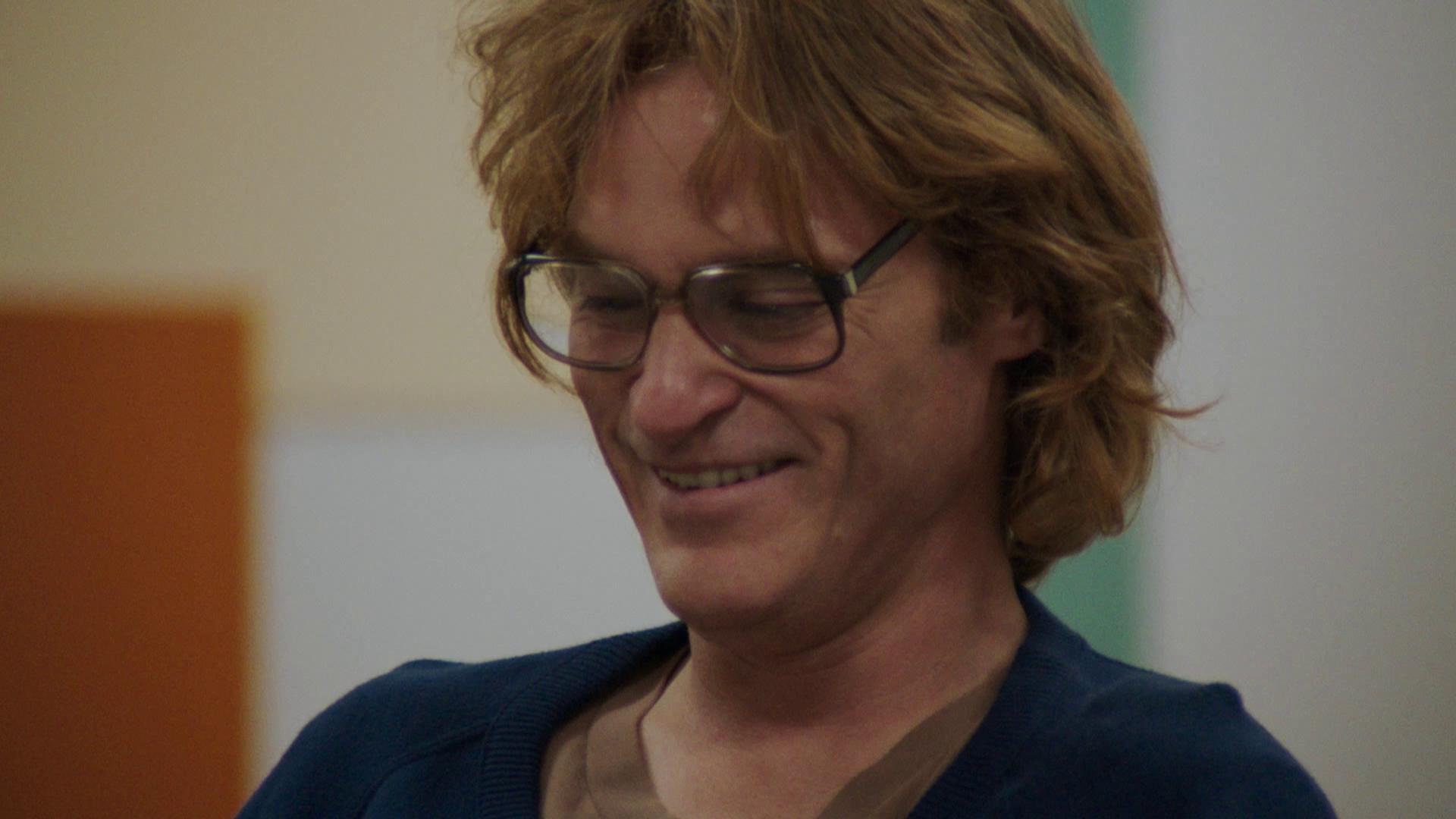 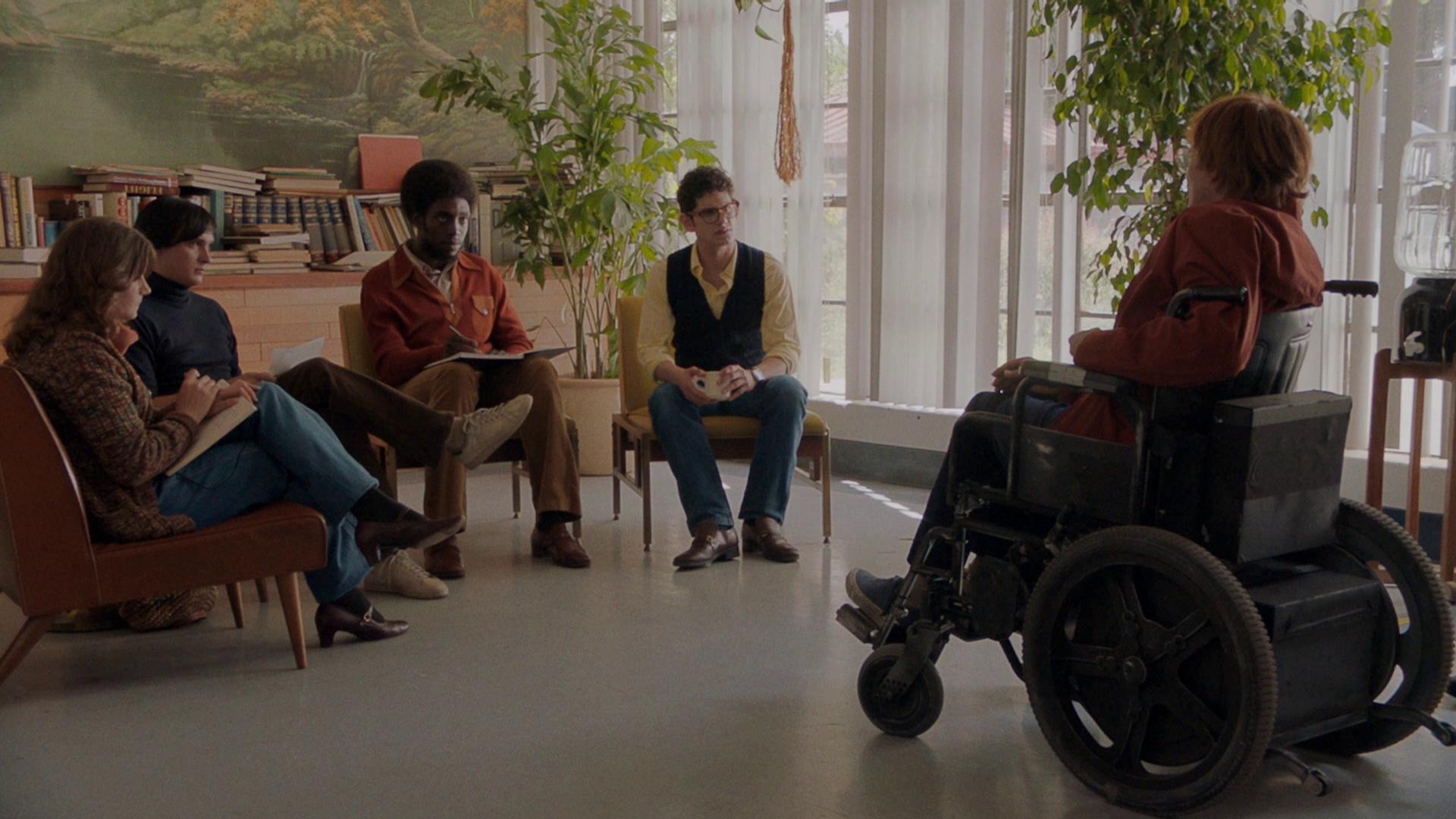 I was genuinely surprised with Don’t Worry, He Won’t Get Far On Foot as I had gone into this movie completely blind, and with having seen no promotional material beforehand, had absolutely no idea of what to think.  This movie gives us a story about a man, who through a life-changing and traumatic event, wants to work toward a better life, and ultimately bring happiness to his life, and I think that Joaquin Phoenix’s performance perfectly conveyed that.  The visual and audio presentation of this release were right on par with what you would expect with a standard Blu-ray release, however it really stood out with me in how the camera positioning captured the various emotional aspects of the plot.  The release is considerably bare in terms of additional content, so if you’re looking for “extras”, I doubt you’re going to see more on a later release.  If you’re considering this release for your collection, I would definitely recommend checking it out.  Don’t Worry, He Won’t Get Far On Foot will be available on Blu-ray and DVD beginning tomorrow. 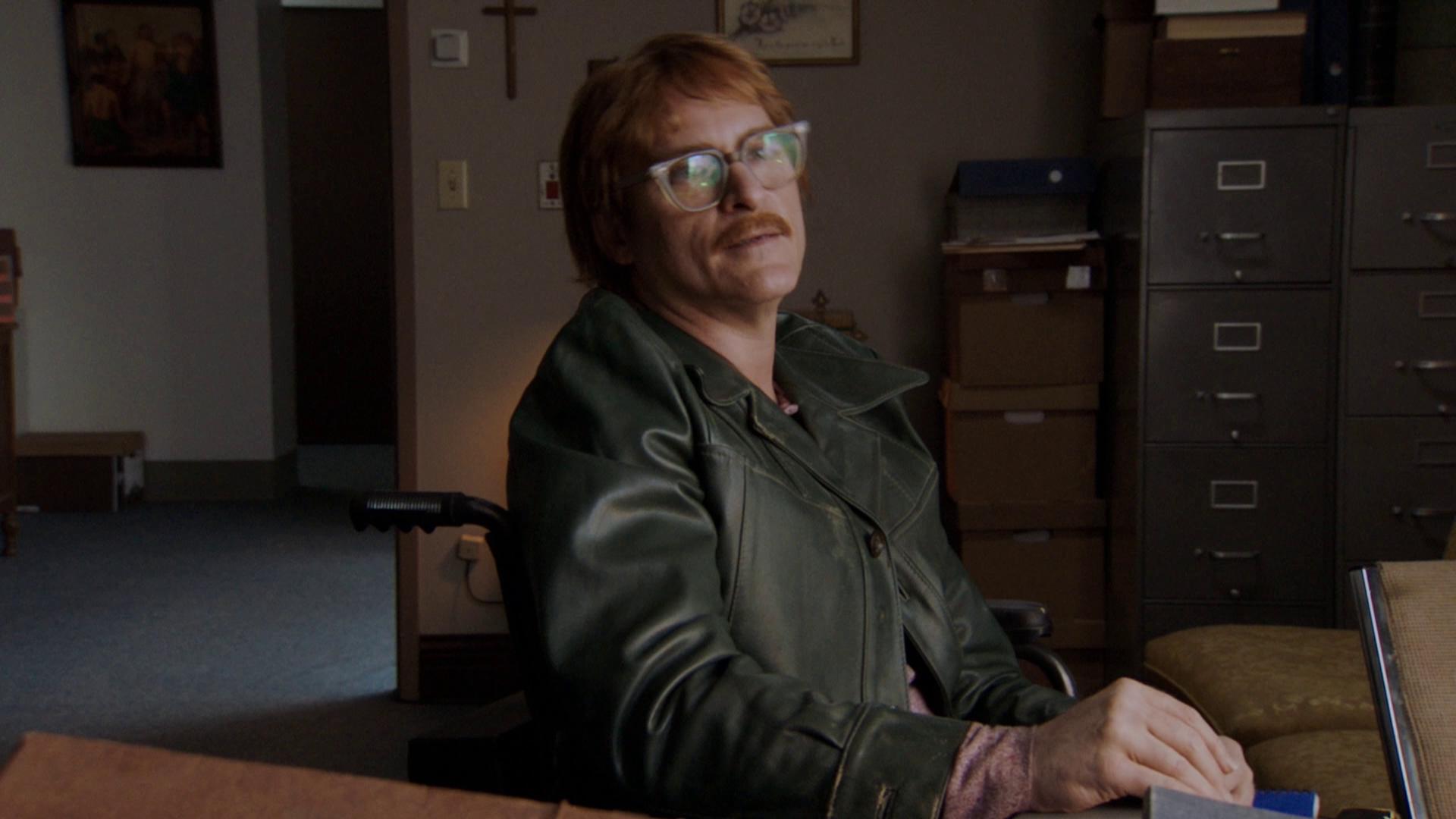