Wonder Woman is a 2017 American superhero film that is based on the DC comics character of the same name; distributed by Warner Bros. Pictures, it is the fourth installment of the DC Extended Universe (DCEU). The film was directed by Patty Jenkins, with a screenplay written by Allan Heinberg, from a story written originally by Heinberg. Zack Synder, and Jason Fuchs, and stars Gal Gadot, Chris Pine, Robin Wright, Danny Huston, David Thewlis, Connie Nielsen, and Elena Anaya. This film is the second live action theatrical film that features the titular character, following her debut in 2016’s Batman v Superman: Dawn of Justice. Jenkins’ role as director makes her the first female director of a studio superhero comic book live-action theatrical release film. The movie tells us the story of Princess Diana, who grows up on the Amazon island of Themyscira. After American pilot Steve Trevor crash lands offshore of the island and is rescued by her, he tells the Amazons about the ongoing World War. Diana then leaves her home in order to end the conflict, becoming Wonder Woman in the process.

While development for this film originally began in 1996, Jenkins had signed on to direct in 2015. Principal photography began on November 21, 2015, with filming taking place in the United Kingdom, France, and Italy before wrapping up on May 9, 2016, the 123rd anniversary of the birth of the creator, William Moulton Marston. Some additional filming did take place in November 2016. 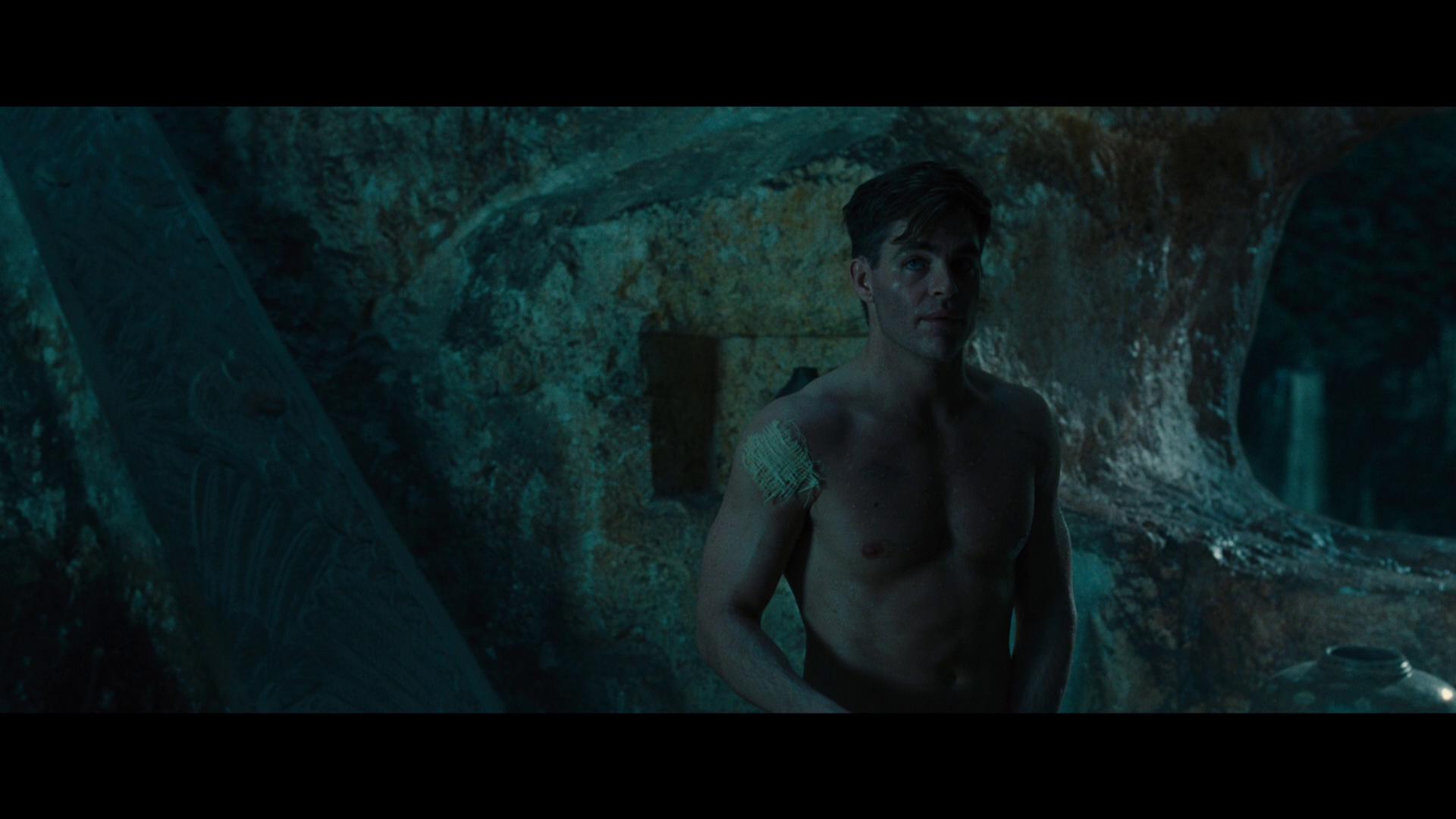 I think that Wonder Woman has to be one of the best releases of the DCEU.  The film not only gives us a really well done origin story for the title character, but the events that take place after she has assumed her role as Wonder Woman were simply amazon.  This movie is not only full of the expected dramatic events that we often see with superhero films and their origin stories, but there’s also the expected romantic interest followed by on the edge of your seat action sequences that my wife and I had found ourselves completely engulfed in.  The only reason this film didn’t get a perfect 5 out of 5 score was a result of the expected sad events that took place prior to her becoming Wonder Woman and the expected love interest, albeit it wasn’t as strong as it’s been in earlier films. 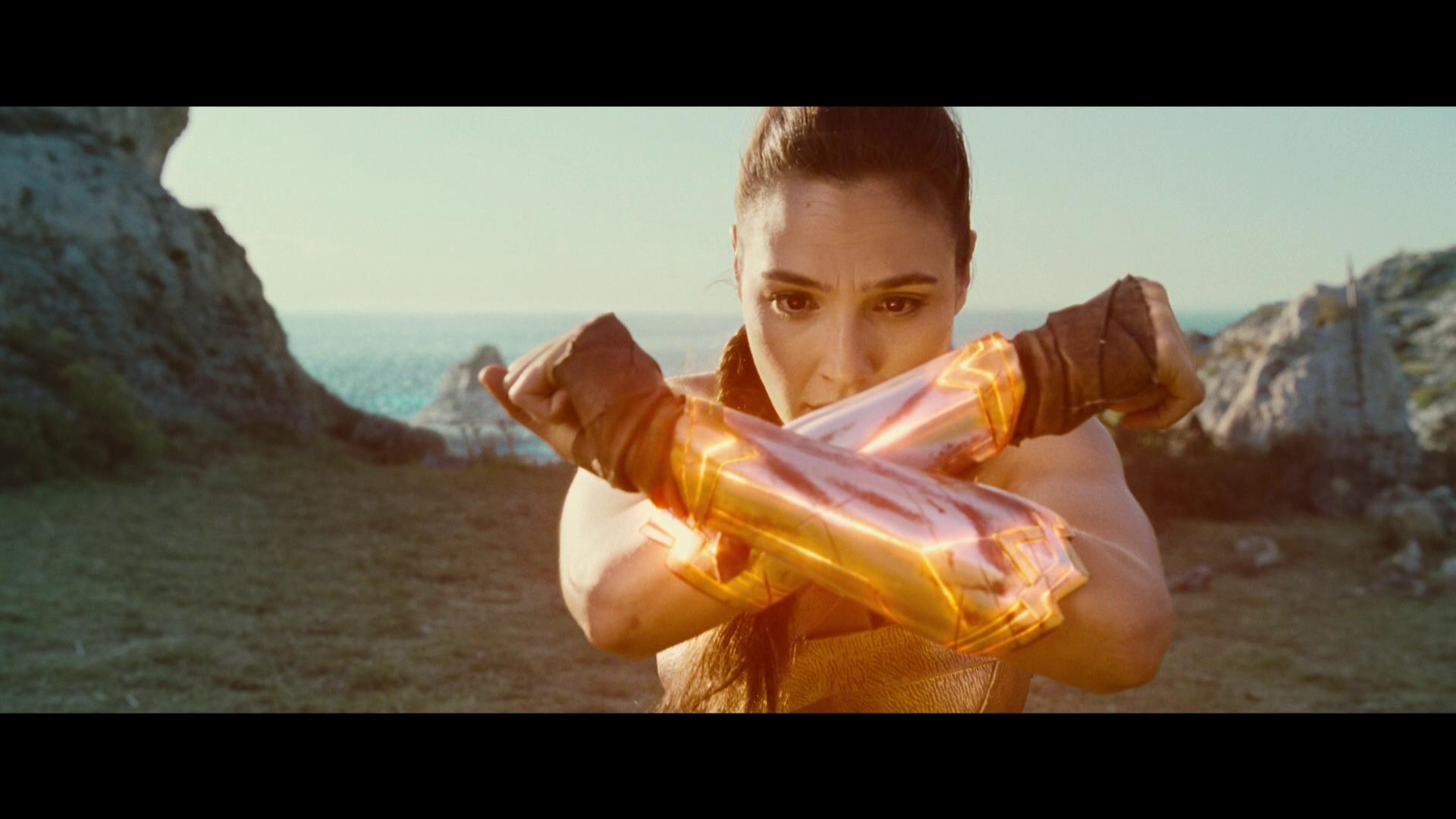 Wonder Woman comes at us in the absolutely stunning 1080p presentation.  Offering audiences an extremely clear and crisp view into her origin story and original set of adventures as Diana ventures on her quest to end conflict.  Even during the darker sequences, we were able to visually see and understand everything about that particular point of the story.  Some of the more stand out pieces of the visual presentation was the fighting or more action-oriented sequences.  Fearing that there would have been even the slightest distortion, Wonder Woman did an absolutely fantastic job at handling these.  Giving home audiences no distortion during these particular scenes, but the camera work that accompanied them were fantastic and did a great job in making both my wife and I utter “Holy Shit” to ourselves. 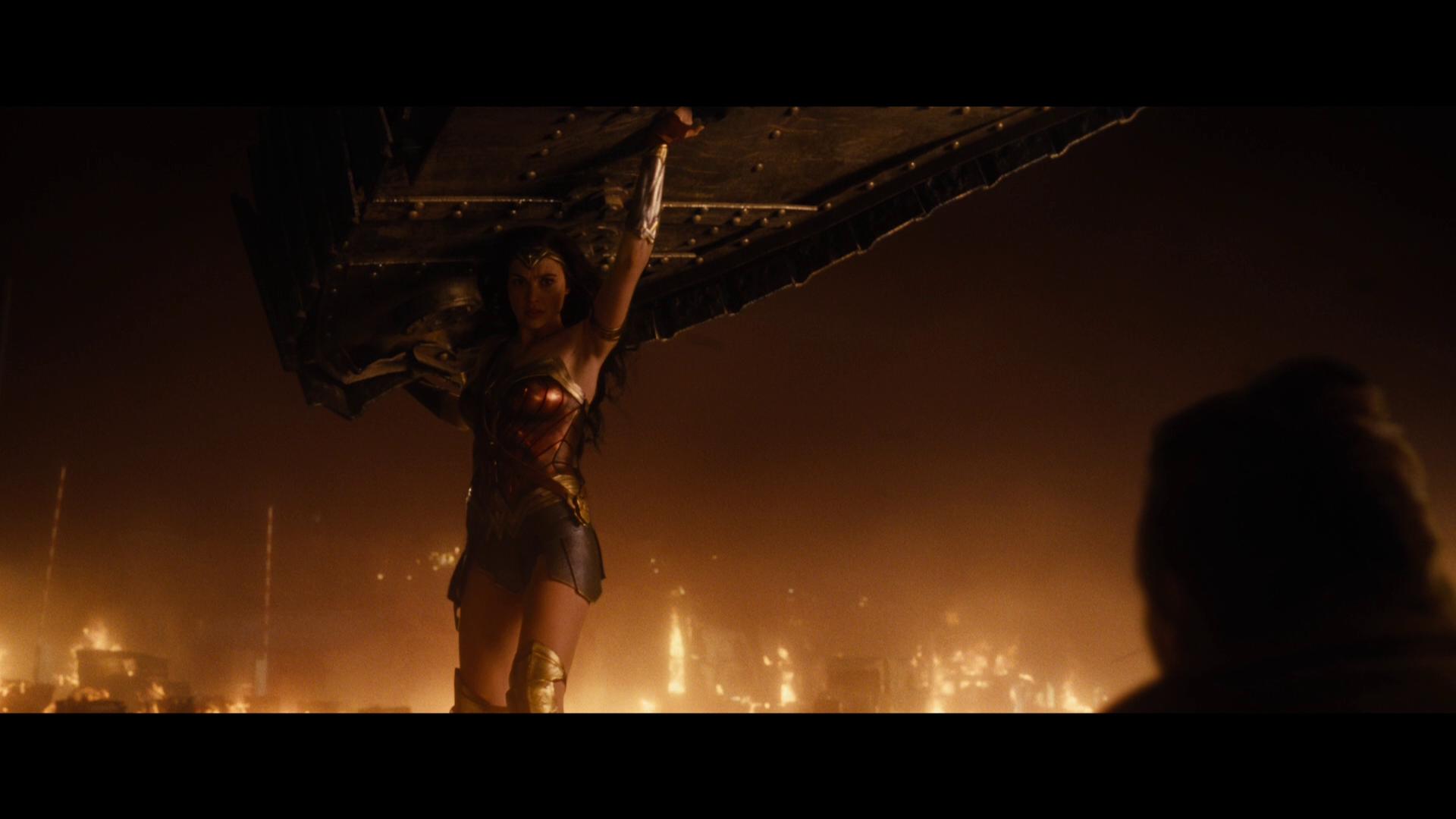 Packed with a Dolby Atmos audio track, Wonder Woman absolutely shined as it roared through my home theater system.  Packing a huge punch during the fighting and action sequences that really did a number at emphasizing her power.  Making use of all available channels, this audio track really did a great job with its immersive experience as it puts home audiences right into the middle of the story.  Another notable part about this Blu-ray release is the musical score that accompanied the film.  It was perfectly aligned with the events that were unfolding before our eyes; not to mention, it wasn’t too overpowering as the movie went on.  The volume levels of the musical score did fluctuate in the film, but only at times that I felt were appropriate in emphasizing a particular scene.

Wonder Woman comes packaged in your standard two-disc Blu-ray amaray case.  Within that case is the standard Blu-ray copy of the film as well as the standard DVD copy of the film; each disc bearing the Wonder Woman logo, the DVD disc showing it using the inverse colors offered on the Blu-ray disc.  There is also the digital copy redemption pamphlet that allows consumers to add the film to their digital library for on the go streaming, as well as a slipcover that’s been made available in the initial pressing of this release. 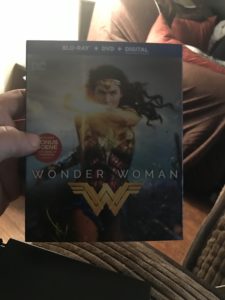 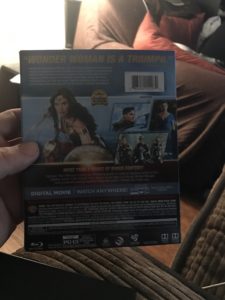 Wonder Woman comes packed to the bring with additional content that allows those who bought this release to explore the film further, including additional footage from behind the scenes as there are more than two hours of bonus content.  Included with this release is: 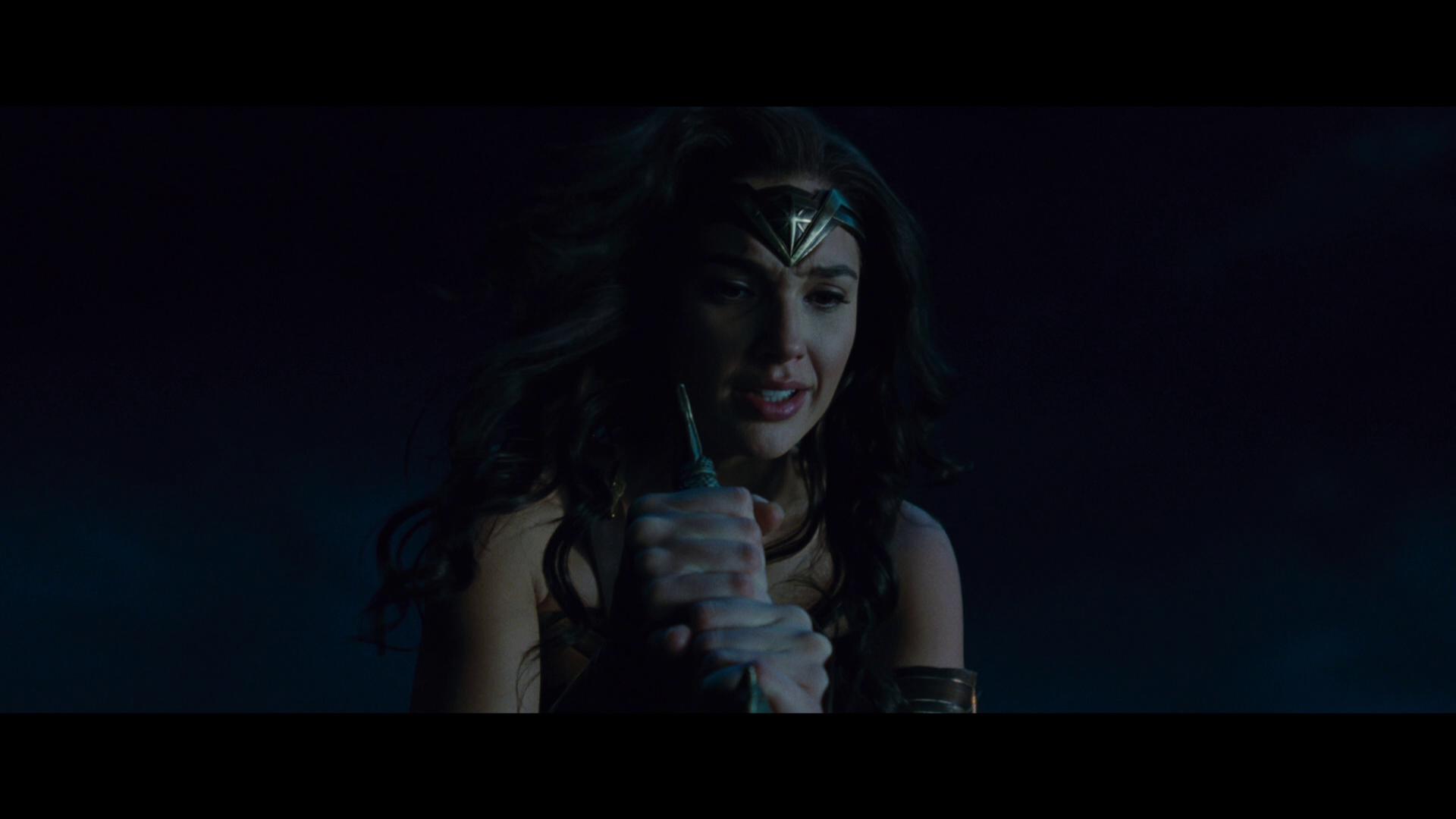 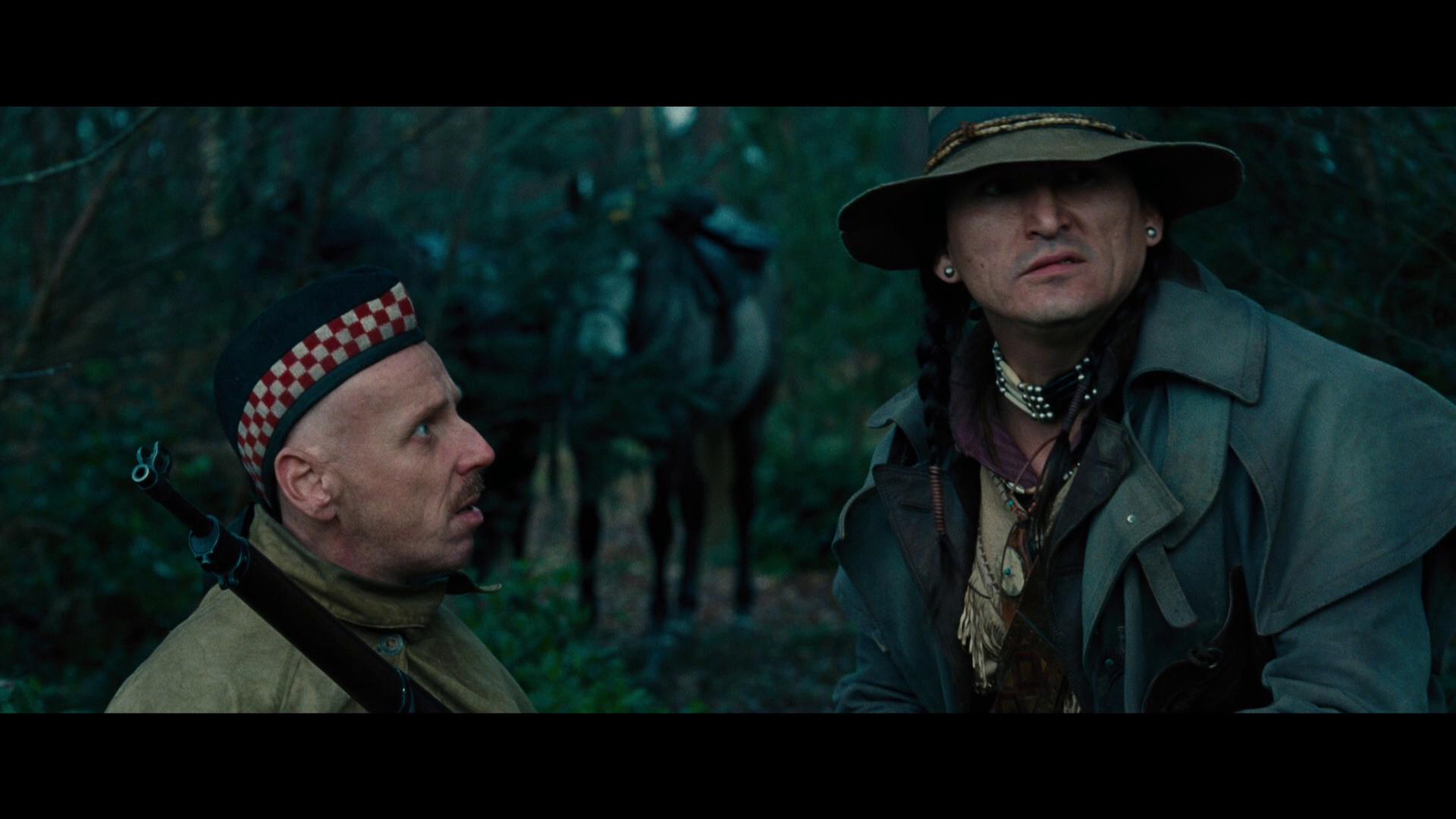 Overall, I am really glad that Warner Bros. gave us here at ReDVDit the opportunity to review Wonder Woman.  The film was one that I didn’t get the opportunity to see during its theatrical run, and this opportunity gave me the chance to see it as I was originally on the fence about picking it up.  As you can see during my review of the film, this movie is definitely one of the best releases that are included into the DCEU.  While I did enjoy other films like Batman v Superman: Dawn of Justice and Suicide Squad for what they had to offer, this movie really does a great job and after watching it, I’m hopeful that the films that are released as a part of this universe continue to offer an experience like this one did.

The audible and visual presentation of the Blu-ray release was exceptionally done as everything about it was crystal clear.  I can only imagine what this looked like with the inclusion of HDR on the 4K UHD release.  There’s a lot of bonus content that allows home audiences to explore the film further; I would hands down recommend that you should grab this movie.  If you’re interested in getting some early opinions on the 4K UHD release, our man Andrew shares his thoughts on the UHD release too. 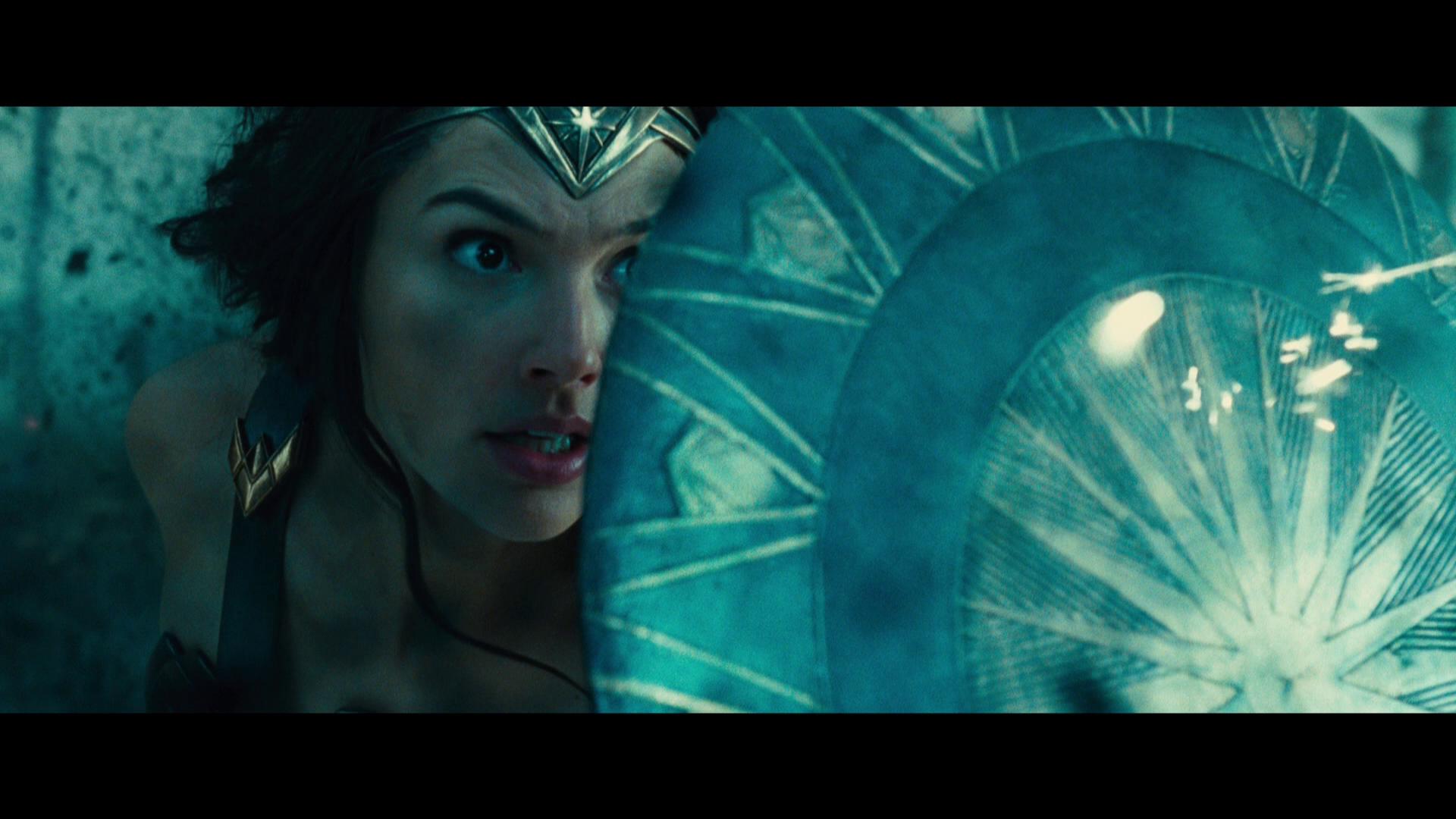