Wonder is a 2017 American drama film that was directed by Stephen Chbosky and written by Jack Thorne, Steve Conrad, and Stephen Chbosky, and is based on the 2012 novel of the same name written by R. J. Palacio. The film features Julia Roberts, Owen Wilson, and Jacob Tremblay and follows a child with Teacher Collins syndrome who is trying to fit in.

Starting with and following the story of August “Auggie” Pullman. He is a fifth-grade boy who is living in North River Heights in upper Manhattan. Due to the numerous amount of surgeries that he’s undergone as a result of mandibulofacial dysostosis, he had been homeschooled by his mother. As he is approaching middle school age, his mother and father decide to enroll him at Beecher Prep, a private school, for the start of his middle school education. At first, he is ostracized by nearly all of the student body, but soon he is befriended by a fellow classmate named Jack Will.

Wonder was theatrically released in the United States on November 17, 2017, by Lionsgate Films. The film received positive reviews from film critics and audiences and ended up grossing $252 million worldwide against its $20 million operating budget. At the 90th Academy Awards, the film was nominated for Best Makeup and Hairstyling. 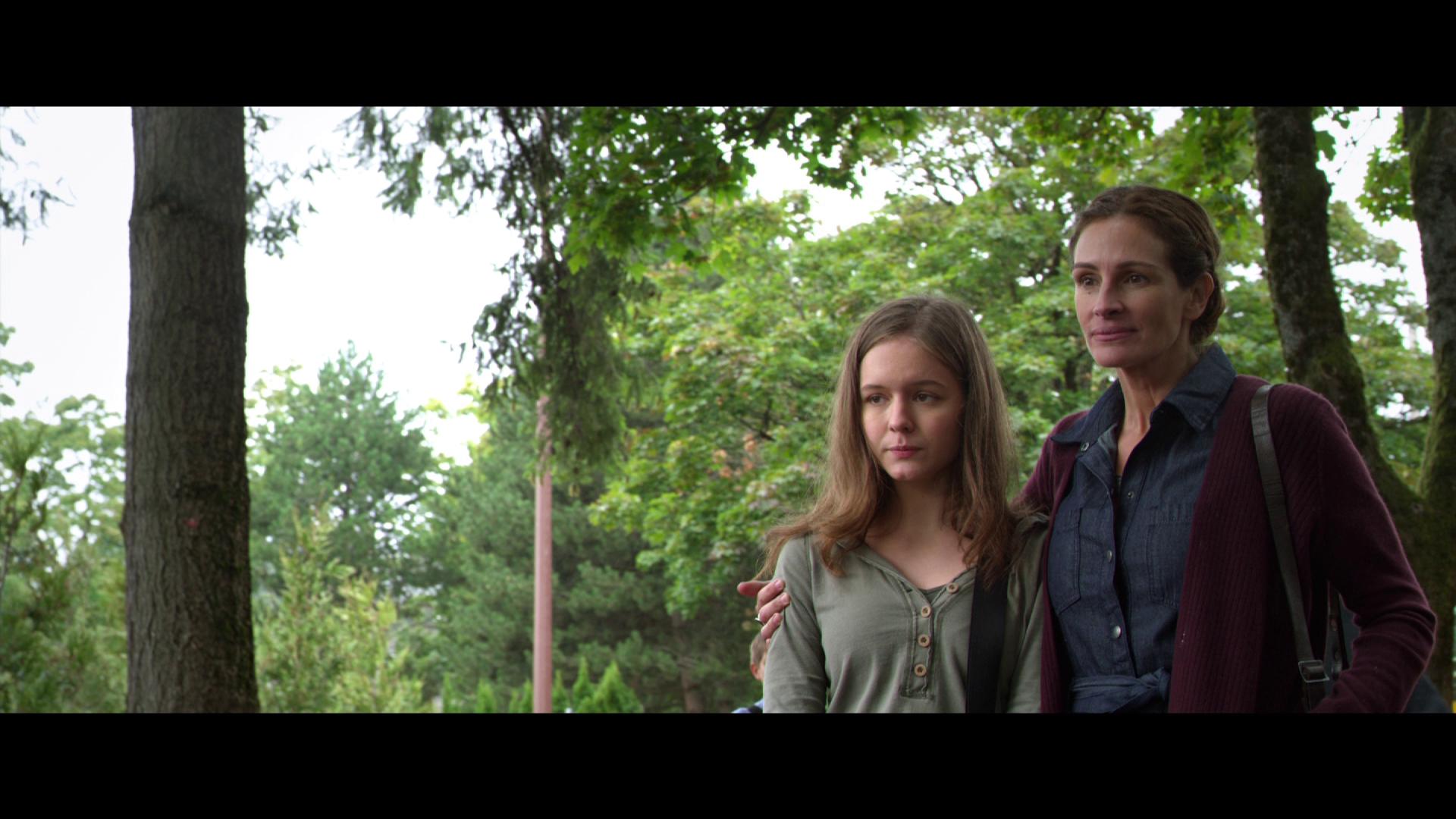 I’ll be honest.  I went into Wonder with a decent amount of hesitation because I didn’t think that Owen Wilson would be able to take on such a serious role like this.  That said, I was completely astonished by this film, the story that it presents and the performances from the cast.  The story that we’re given with this movie is such a heartwarming story that does a really great job at pulling you in and allows you to watch it evolve as the film progresses.  Additionally, the overall amount of awareness of the bullying that was going on among the kids and teachers of the school was a really nice thing to see happen and expand.  And the representation of the ignorant parents whose kid could do no wrong was absolutely spot on.  This film really was an exceptional movie and has definitely made me want to check out Palacio’s book to see the differences.

The overall visual presentation that the Blu-ray release of Wonder had to offer was absolutely beautiful.  Giving its audiences a beautiful view into inner-city New York, we’re able to see what life really is like for those of you who live in larger cities like this.  The overall presentation was clean and clear and allowed for my wife and I to really fall into the story at hand and see the emotional experiences that the characters had to present as they went through the struggles that they each had with the decision for Auggie starting his journey into the public school system.  In addition to that, it also did a really great job at presenting the happier moments as Auggie, his friends that he made and his family have as you watch what a difference this kid made among his peers. 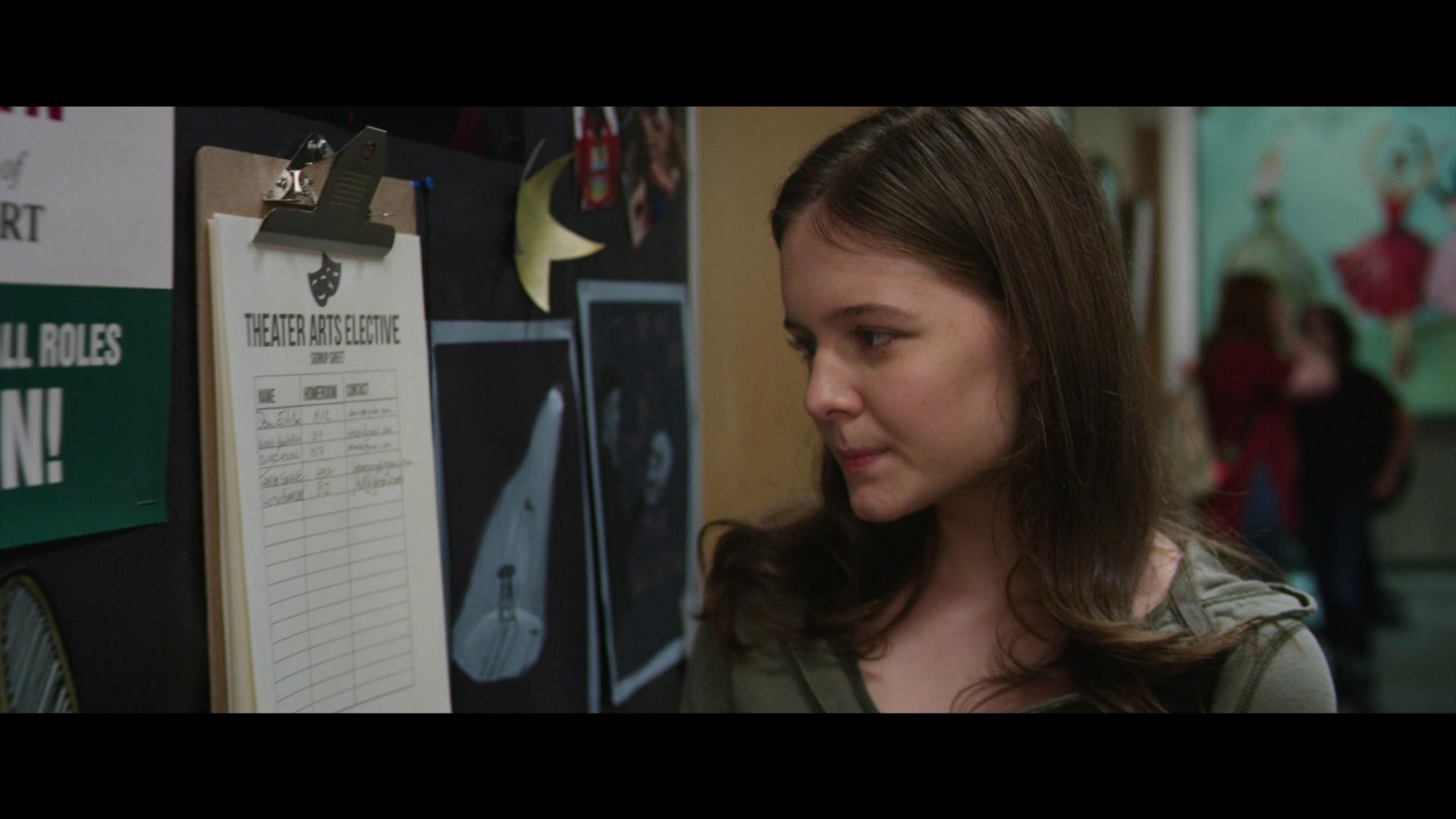 Packaged with an English Dolby TrueHD 7.1 audio track, Wonder sounded absolutely beautiful as it played out through my home theater system.  Normally, I’d give a Blu-ray release some flack because this track isn’t as immersive as it really could have been, but this particular story really didn’t call for a completely immersive experience.  The track that was used does a really great job at putting its viewers right into the middle of this emotional and heartfelt story with its clean and clear dialogue and considerably appropriate musical accompaniment. 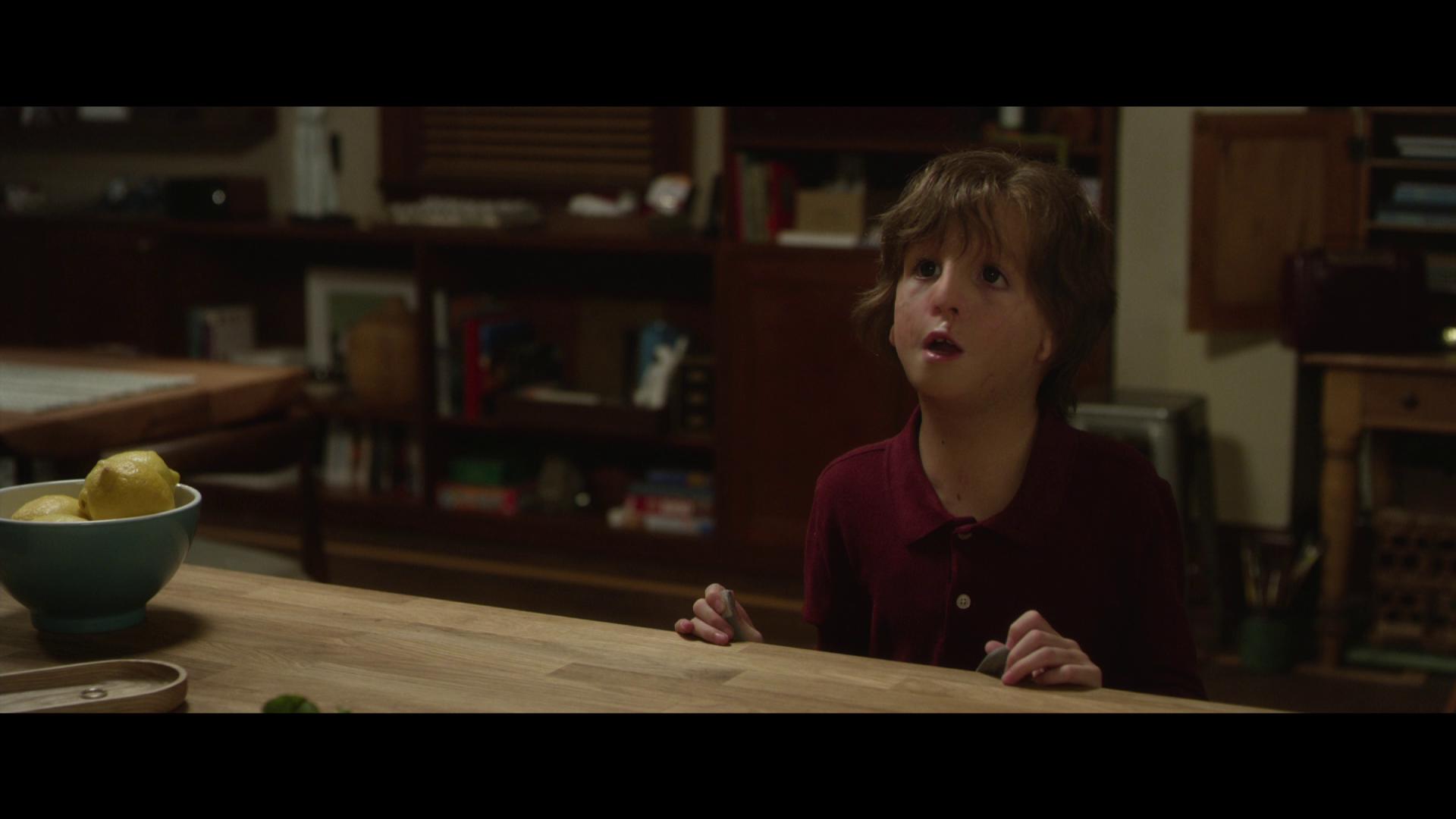 Wonder comes packaged in the standard two-disc Blu-ray amaray case.  Within that case is the standard Blu-ray copy of the film as well as the standard DVD copy of the movie, both discs featuring the same piece of artwork that is featured on the case art.  A digital copy redemption pamphlet has also been included as well as a slipcover that’s been made available during the initial print run.  The slipcover features the same piece of artwork that’s featured on the case art. 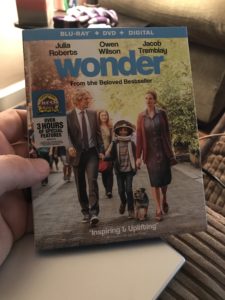 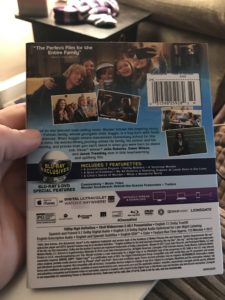 There is a lot of additional content that’s been included with the Blu-ray release of Wonder.  The content on these discs really does a great job at expanding upon the story that’s being presented as well as some of the work that went into making this film available.  Included with this release is: 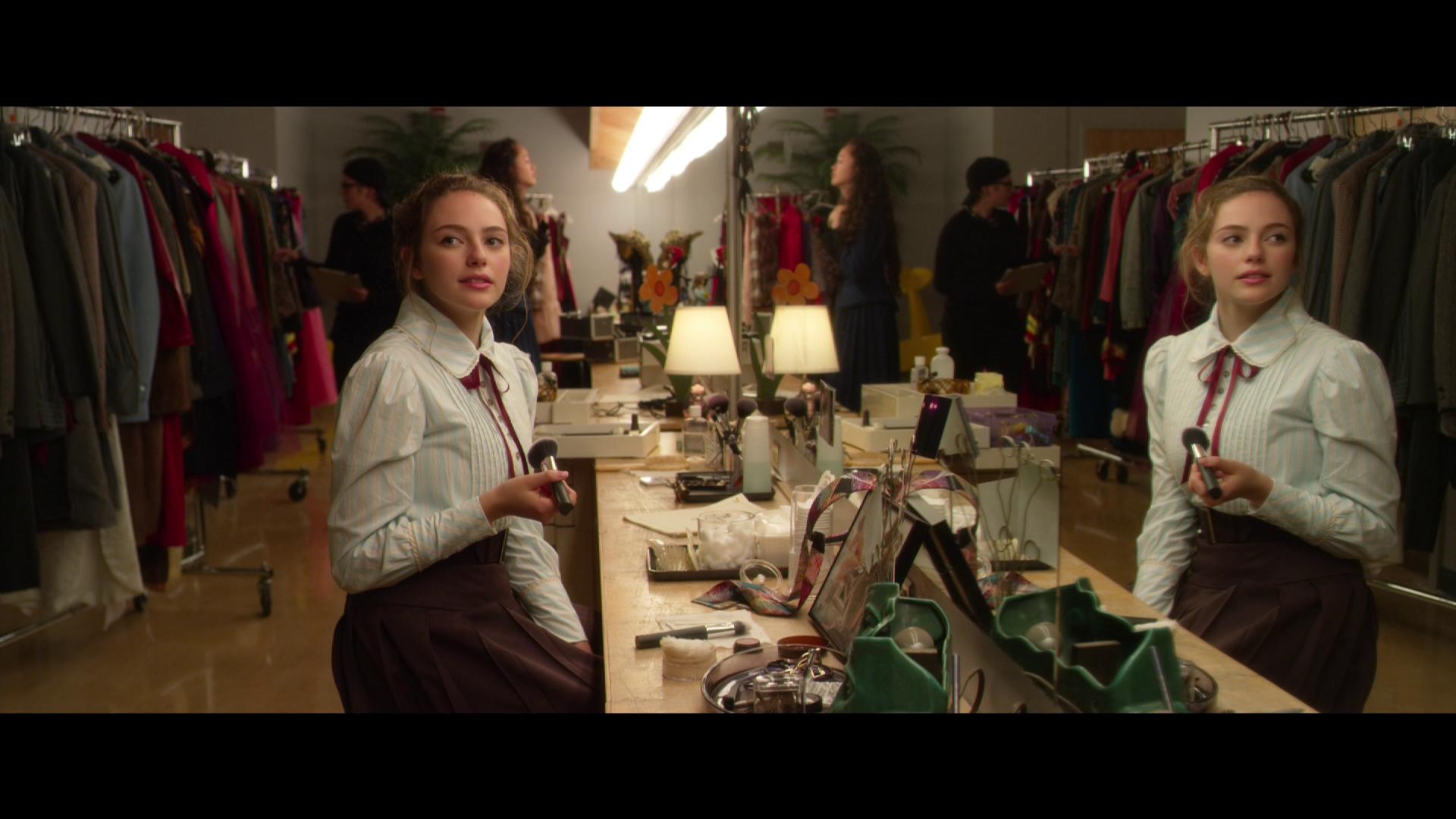 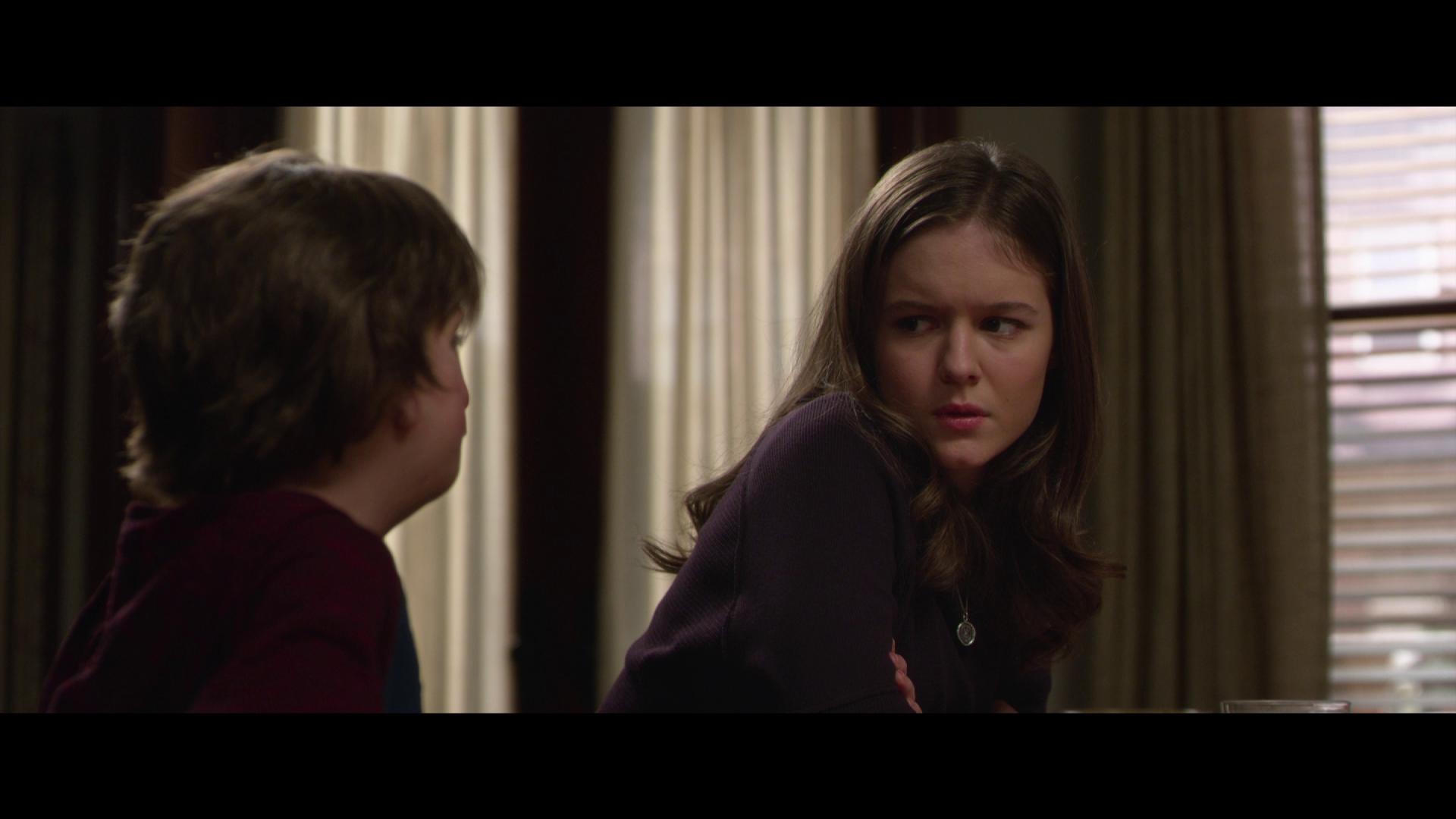 I absolutely loved Wonder.  Going into this film with only a small amount of knowledge about the story at hand, I was completely blown away by the story as well as the performances of all three title characters.  The story that we’re given with this movie is extremely heartwarming and uplifting.  The overall visual and audible presentations of the Blu-ray release was nicely done and offered a really clean experience for my wife and I as we watched through this.  The amount of supplemental material that’s been included is pretty extensive and does a nice job at expanding upon the storyline to offer much more of an appreciation for Auggie and his story.  If you’re considering grabbing this movie for your collection, I would absolutely recommend it, without question.  Wonder will be available on 4K UHD, Blu-ray and DVD beginning on Tuesday, February 13, 2018. 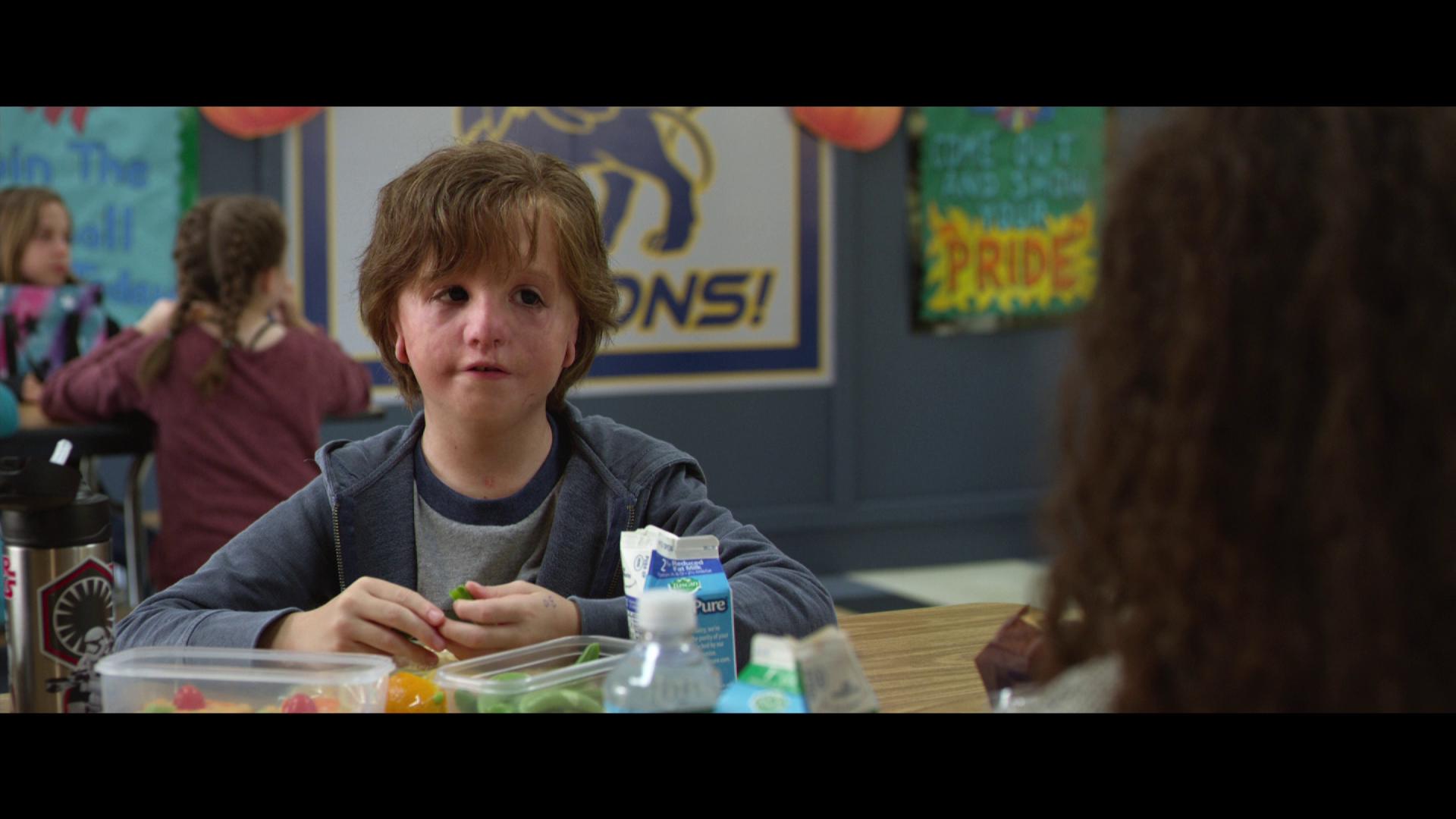