2016 will be the year that you will remember because it beat you like a dead horse. The presidential election happened, Syria got Syria’d, every famous person died, my car got stolen, and every major Hollywood studio suffered a financial catastrophe at the box office. That being said 2016 was a great year to lock your door, pull down the shades and watch a movie on your couch. On this list I’ve included 10 new releases (or re-releases) from 2016 that I felt were noteworthy. I’ve awarded each release with a reason why it stood out to me and why you should get it. Some releases were included because of noteworthy packaging and features, others were included on the list simply because I enjoyed the film. 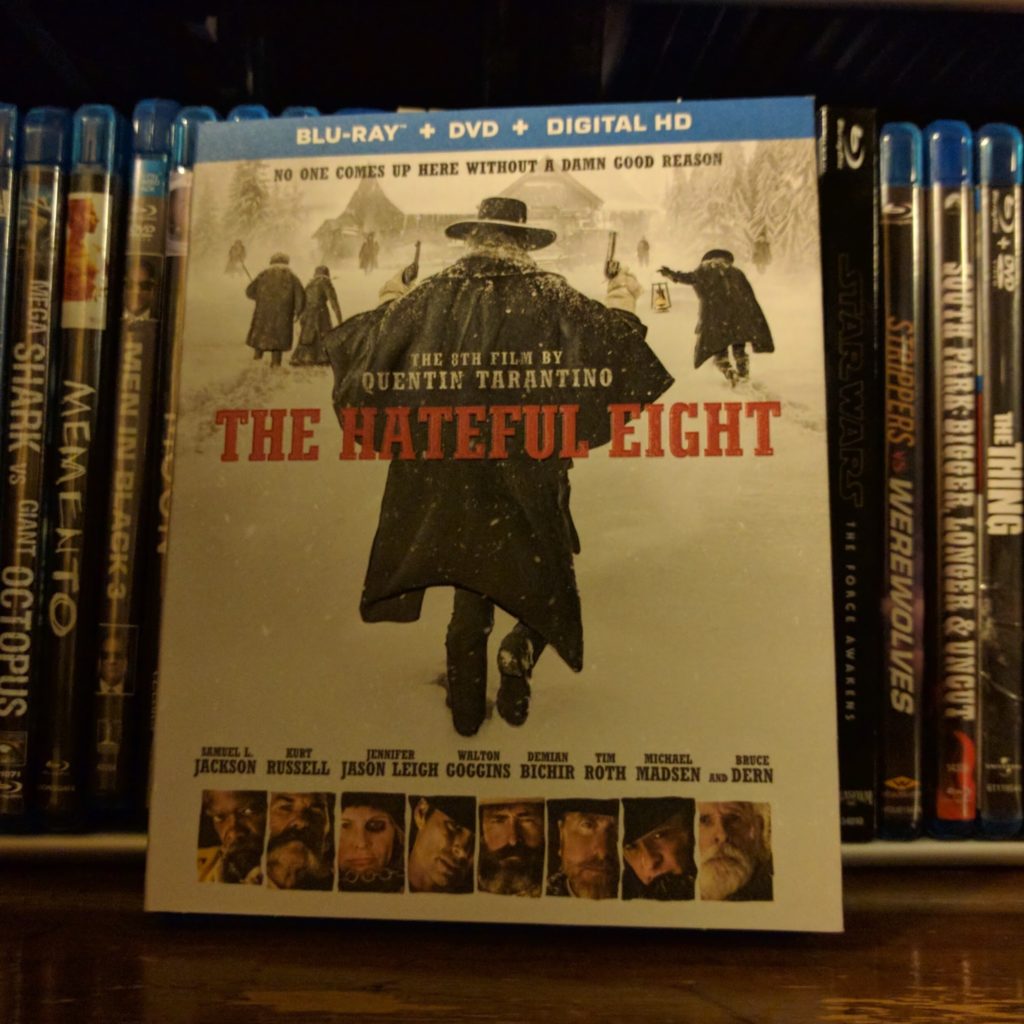 An underrated movie bolstered by fantastic packaging. The slipcover for the standard release of The Hateful Eight is a sight to behold. It is made from a great feeling heavyweight paper and the figures and lettering on the front cover are embossed. The front cover flips open to reveal a gorgeous gatefold print of Minnie’s Haberdashery. My cell phone’s photos don’t really do this slipcover justice, you’ll just have to see it in person to understand. There still might be a few copies out there with the slipcover if you look in the right places. 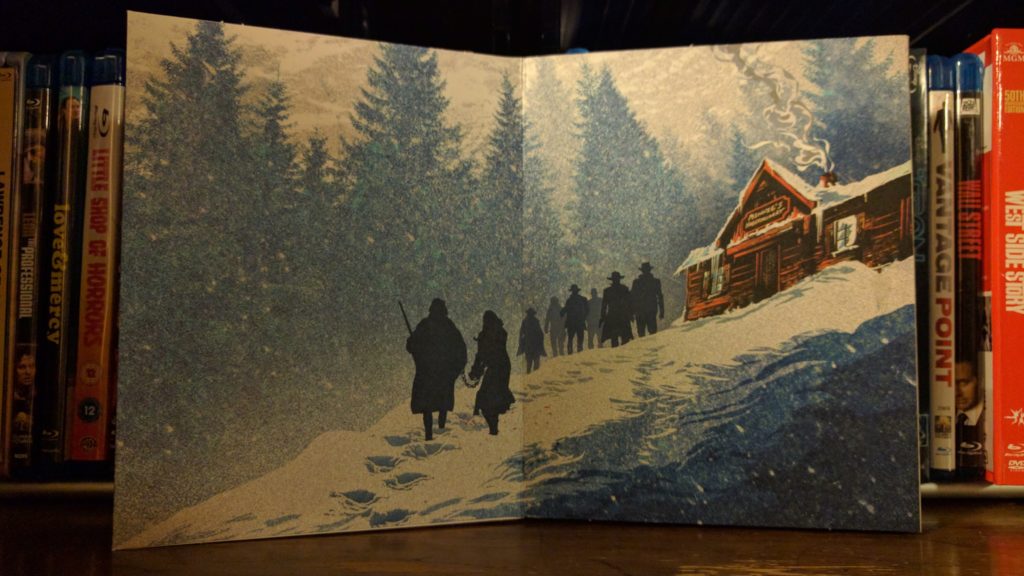 Dr. Strangelove is and always will be my favorite Kubrick film. It’s seen a plethora of home video releases and Sony has bestowed it with a 4K transfer. Criterion has finally brought Strangelove to Blu-ray (the last time Criterion released this film was on Laserdisc). They’ve included some unique special features, and have given the film a fantastic looking digipack with some really great swag included inside an adorable Top Secret instructions envelope. This might be the same transfer as the other blu-ray releases out there, but Criterion easily wins the Cold War in the packaging department. 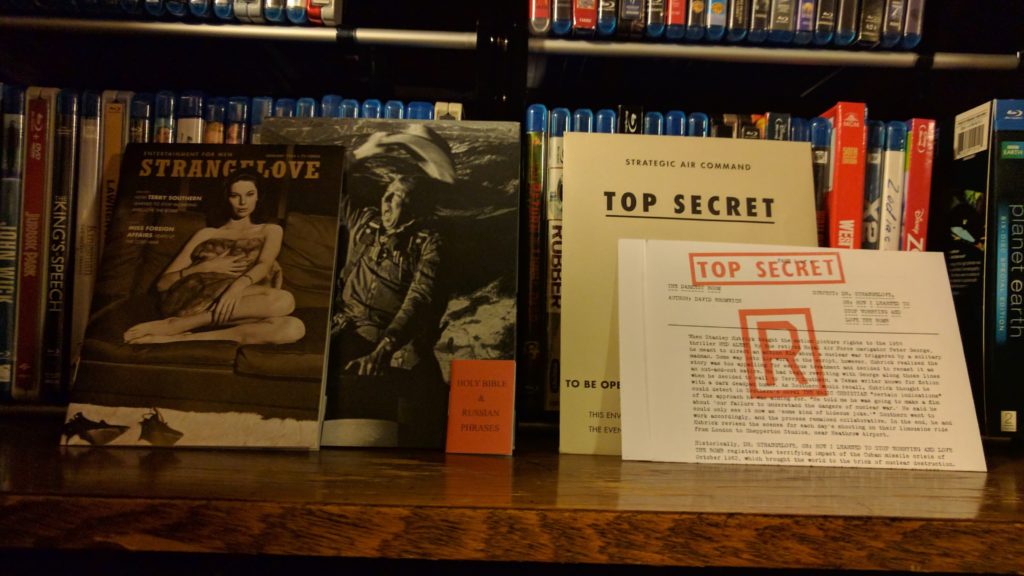 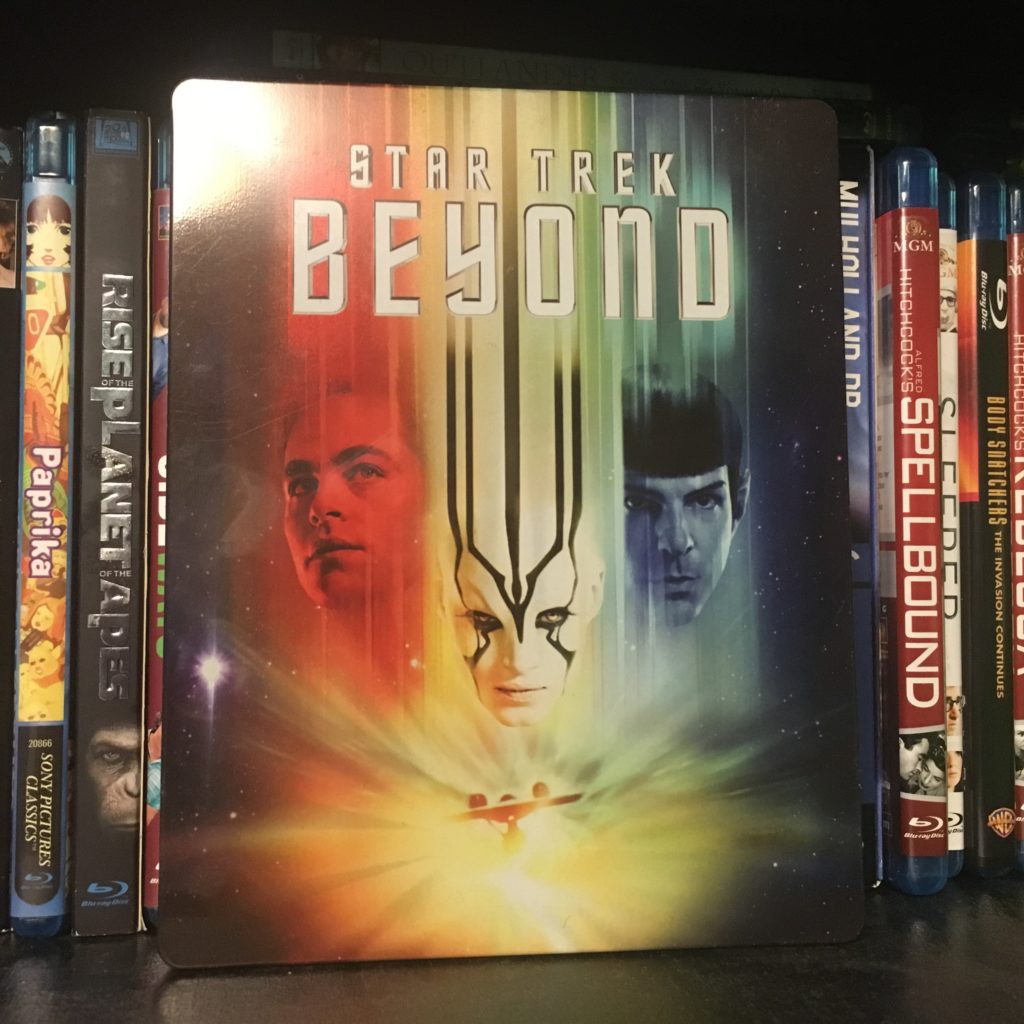 Star Trek Beyond is the best film in the rebooted series of Star Trek movies. If you haven’t seen it yet, go check it out. I love every release of this film, but the Best Buy exclusive Steelbook shines above the rest. The art on the Steelbook cover features a gorgeous artistic callback to the original poster art for Star Trek: The Motion Picture. If you’re looking for something special for a Trekkie this year, then take a trip to Best Buy and hope they still have some of these on the shelves. 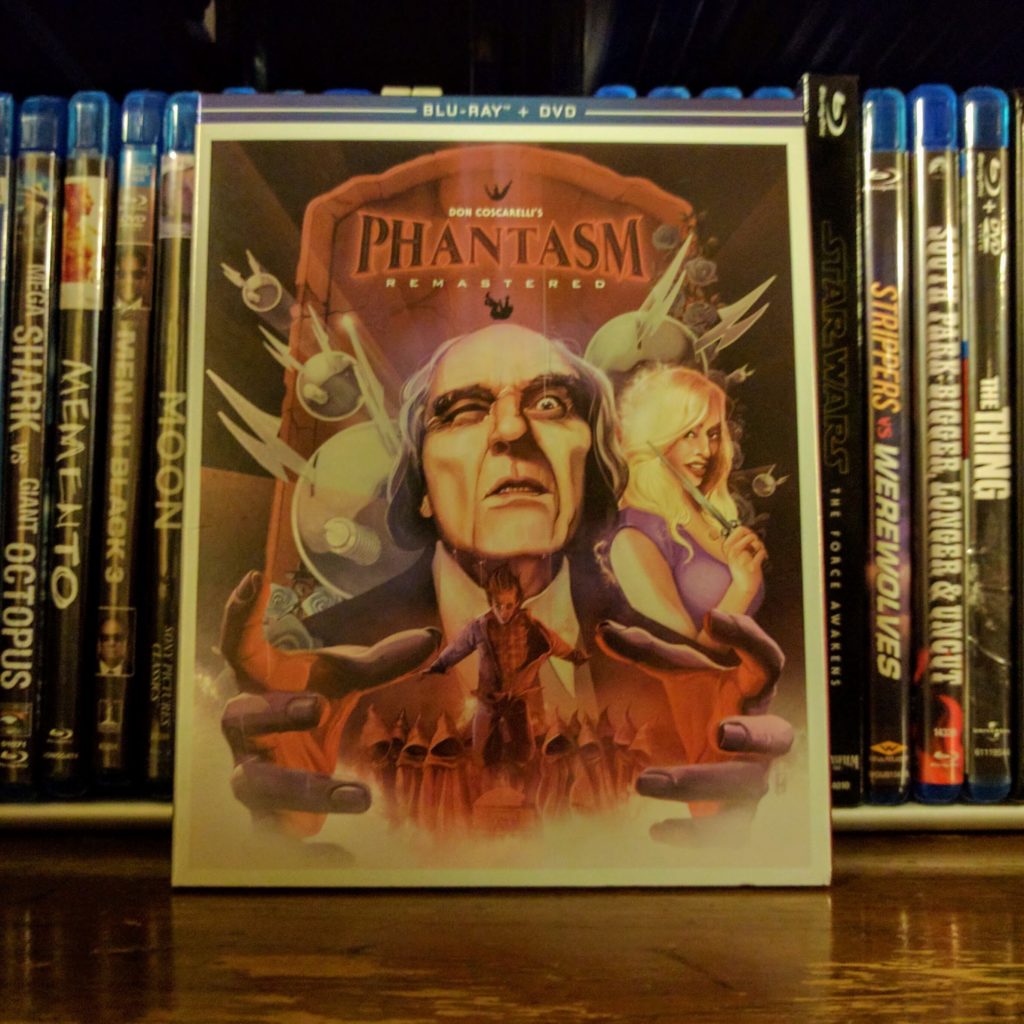 One lazy afternoon, famed cult film Director Don Coscarelli received a phone call from franchise rebooter extraordinaire, JJ Abrams. Abrams told Coscarelli that Phantasm was one of his favorite films and asked if he could screen a print for the employees at Bad Robot. Coscarelli sadly informed Abrams that all of the prints for Phantasm were FUBAR. Abrams glibly replied, “I have Star Wars money. We can fix that.” At least that’s how I imagine that conversation went. Thanks to that conversation, we’ve got a gorgeous new release of Phantasm, a film that has been woefully neglected on home video. The FUBAR prints were cleaned and conserved and then transferred to a new 4K digital master. The audio was also remastered from Mono to a new 5.1 surround track and it really adds a whole new depth to the movies already fantastic soundtrack. The new 4K transfer really shines, and it is one of the best film restorations I have seen on Blu-ray. 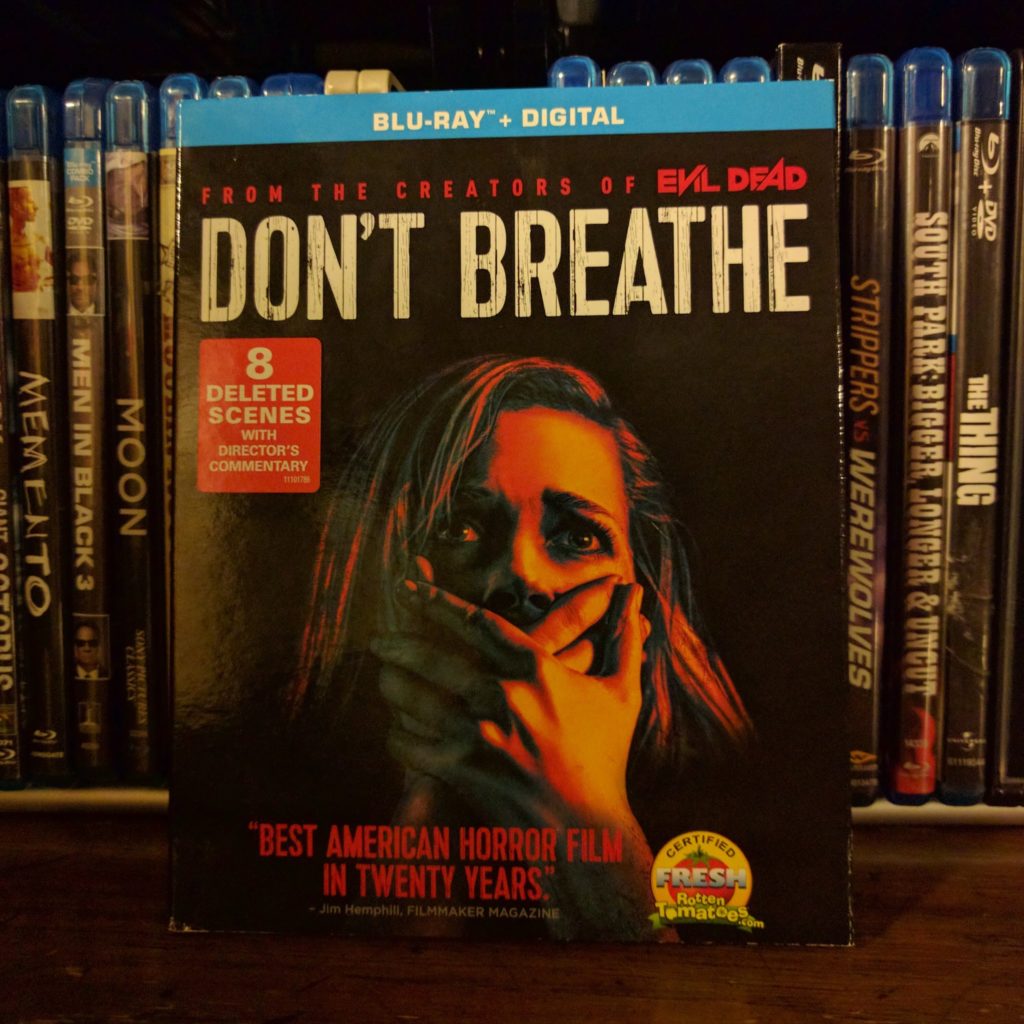 Lots of films featured great audio this year, but the unique audio tracks in Don’t Breathe really shined. Quoting the review I wrote for this film:

Don’t Breathe‘s audio quality is unmatched by any other horror film released this year. No this isn’t an ATMOS track, but you’ll have a hard time finding a more clever use of surround sound… The surround tracks do a great job in conveying the tension of the Blind Man tracking his victims with his ears. At a random point during the film, I got up and walked around the different speakers in my living room’s 5.1 setup and I was really surprised at how much the surround tracks were being used in this film. It wasn’t overly gratuitous, but it certainly made me feel like I was getting good use out of my home theater system.

Also, Don’t Breathe is getting a fantastic looking Limited Edition Steelbook release in January. Yet another reason to invest in this fantastic genre film. 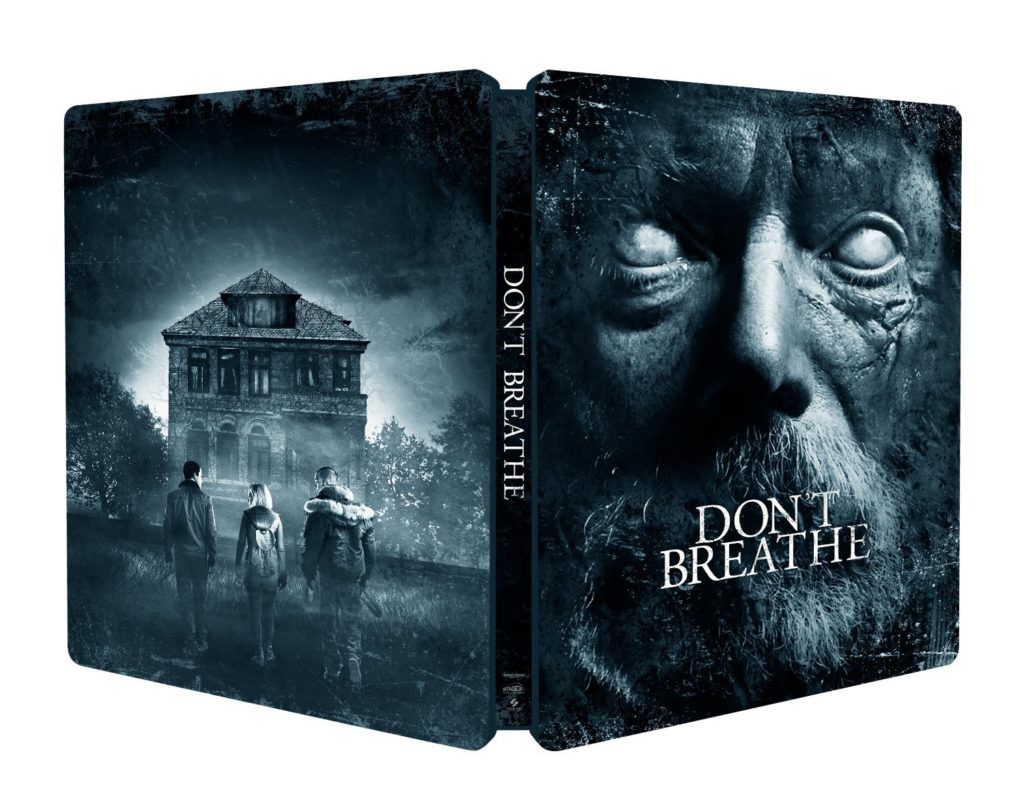 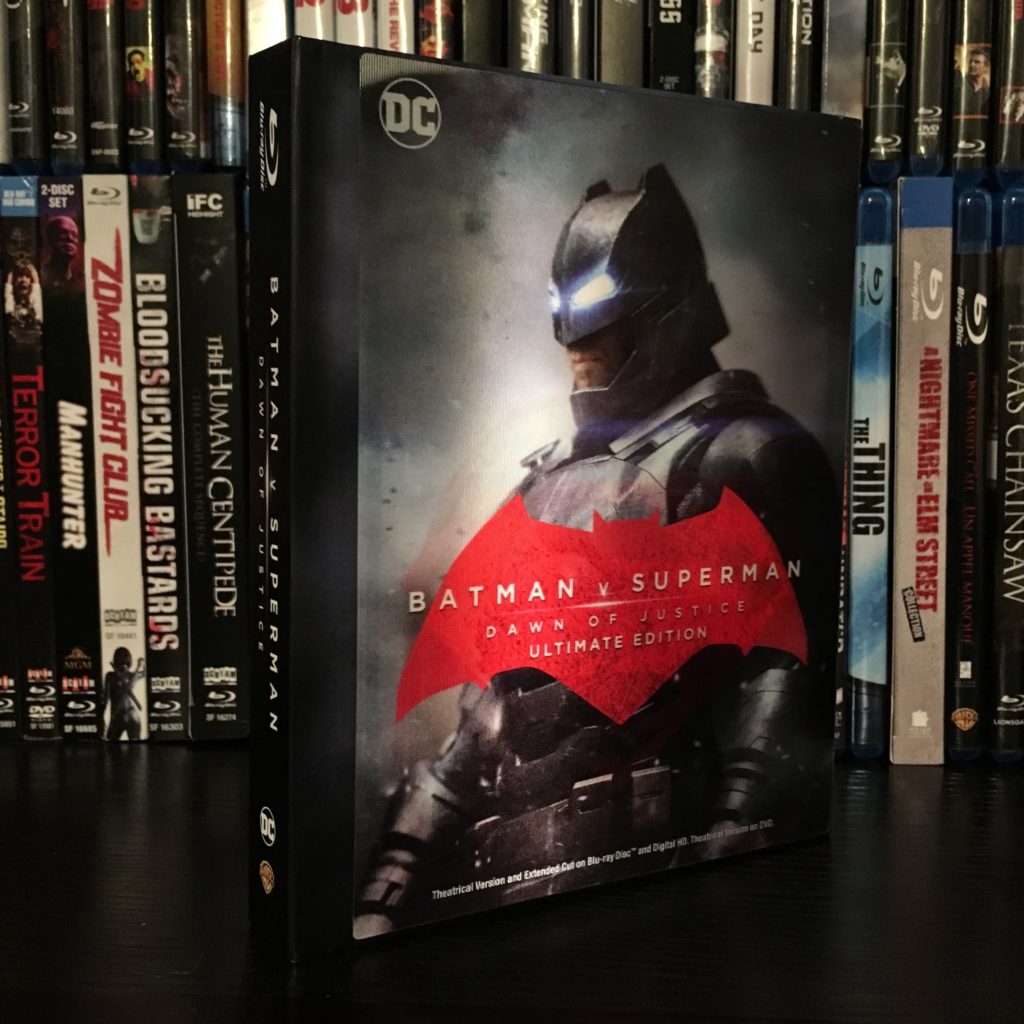 BvS caught a lot of flack on the internet. I wasn’t expecting much when I decided to invest in the Batman V. Superman Ultimate Edition Blu-ray. I was pleasantly surprised when I found a very fun film with an awesome soundtrack. Batfleck was just great, and was a surprisingly multifaceted character compared to the Batman/Bruce we got in the Nolan films. I dunno what was wrong with the theatrical version, but the one I saw was a truly enjoyable film. Yes, Jesse Eisenberg is hilariously bad, but that didn’t detract from my enjoyment of the film. All of the home release versions of the Ultimate edition look great, so I say go ahead and give BvS a chance.

2016 was a great year for re-living 80s nostalgia. Sing Street was one of the most enjoyable coming-of-age flicks I’ve seen in a long time. It offers a unique view into the culture of 1980s Ireland, and does for MTV what Stranger Things did for 80s horror and science fiction films. If you’re longing for another trip back to the hot new decade, then Sing Street is a great film to watch. Sing Street doesn’t just live within the nostalgia, but it’s hard to ignore it. It’s also hard to miss Littlefinger’s (Aiden Gillen) cameo as the scumbag father. 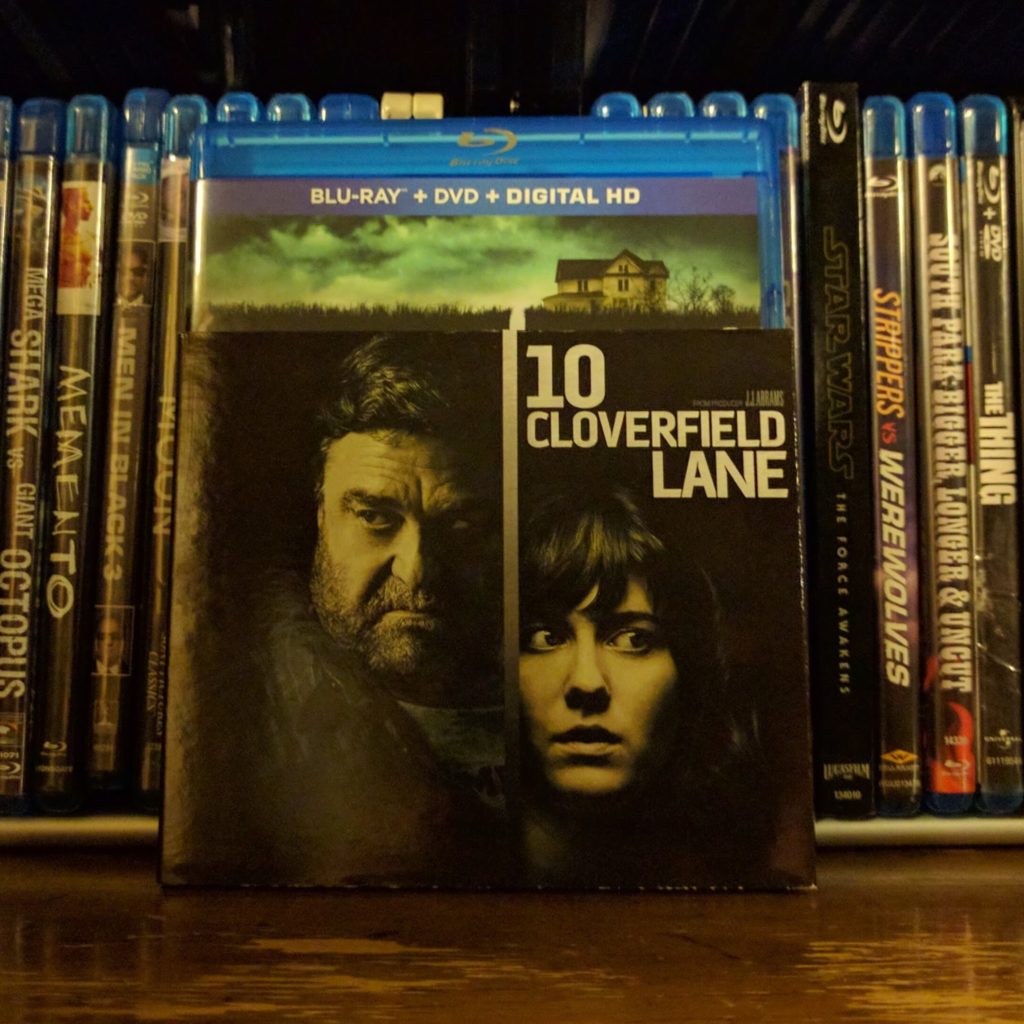 John Goodman puts together another career defining performance in 10 Cloverfield Lane. Without delving too deeply into spoilers, this film has a unique way of playing with your emotions and is one of the most clever thrillers I’ve seen in a long time. I’m glad to see Hollywood is moving away from the cheap ghost and torture movies and I hope to see more thoughtful genre flicks like 10 Cloverfield Lane and Don’t Breathe in 2017. 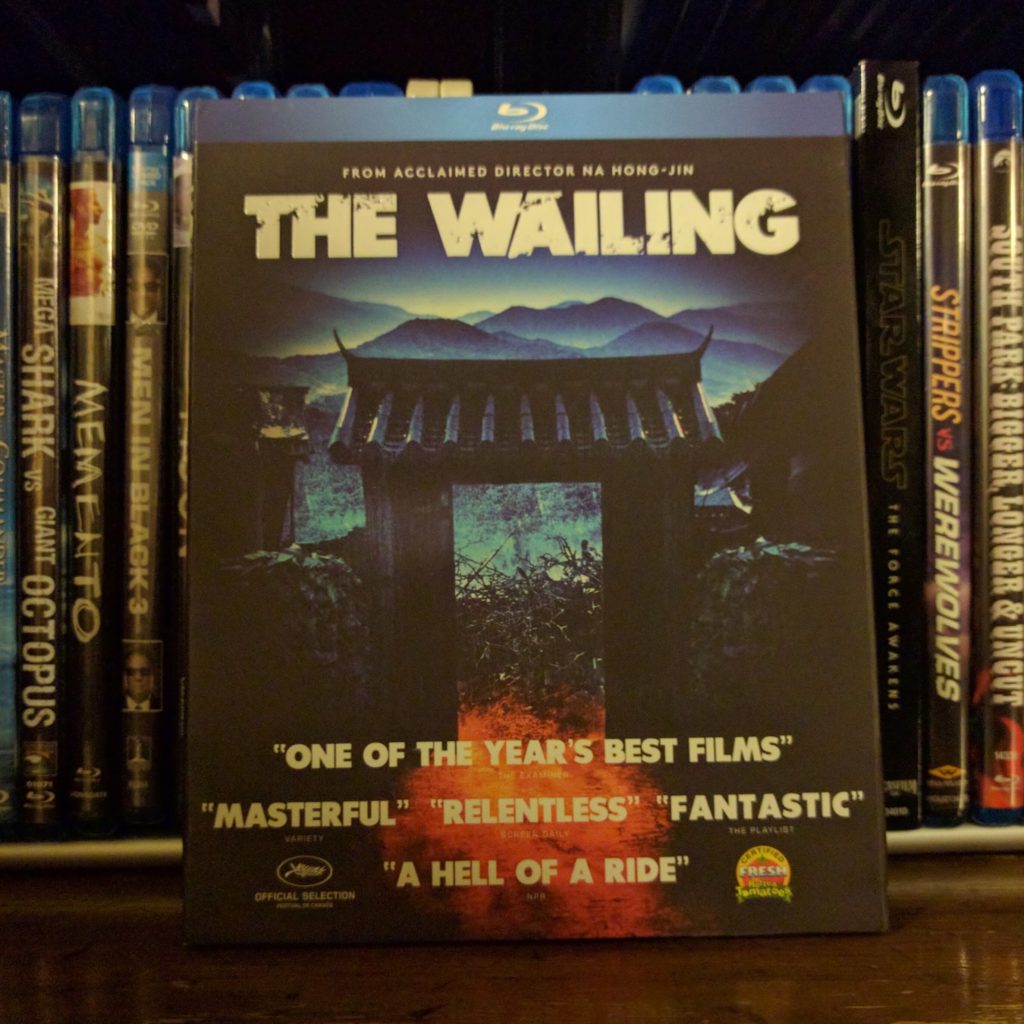 Once again, I’m going to plagiarize my own review:

If you’re willing to read a few subtitles there’s a lot to like about South Korean genre film. Korean filmmakers aren’t beholden to the same tropes or stigmas which have been ingrained into American genre filmmaking, and the growth of Korea’s box office has provided ample budgets for talented Korean directors to create gorgeous films.  If you hate the stale poorly written “reboots” that have dominated big studio genre releases in recent memory, then Korean genre film offers a welcome respite that will help you to once again love the thrill of the chase. Films like Oldboy, The Host, Mother, and Snowpiercer have secured Korea’s place as a refuge for the development of genre filmmaking. Released in the USA at the beginning of October 2016, Na Hong-jin’s The Wailing is a worthy addition to that list.

There were a lot of great Thrillers released this year, and The Wailing is really one of the best. If you’ve not yet seen it, but enjoyed films like The VVitch, 10 Cloverfield Lane, or Don’t Breathe go ahead and give The Wailing a watch. 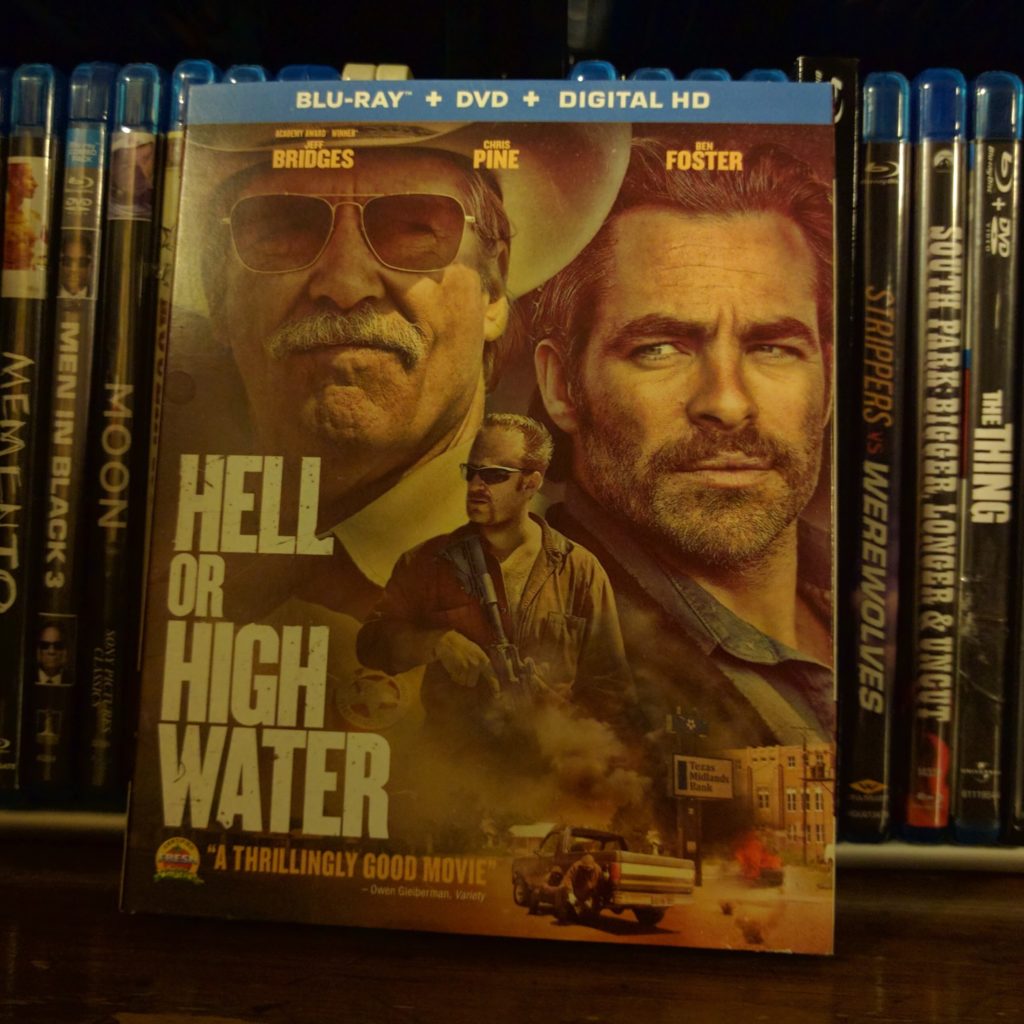