My wife loves animated films and up until a few years ago, I had never really put much stock in the animated genre and everything it could offer.  But like most things in life, I have found that she is ultimately right about this as well.  Animated films have so much to offer and are some of my favorite films now.   There is also such a wide range of types of animated films.  There are family-centric animated films like the Disney classics that we all seem to enjoy and the ultra unique Miyazaki films that find themselves in a category of their own.  The film at the center of our focus this time around falls more into the children friendly animation category, let me introduce The Wild Life.  A film that has a rather unusual take on the old tale of Robinson Crusoe, as told from the vantage point of the animals. 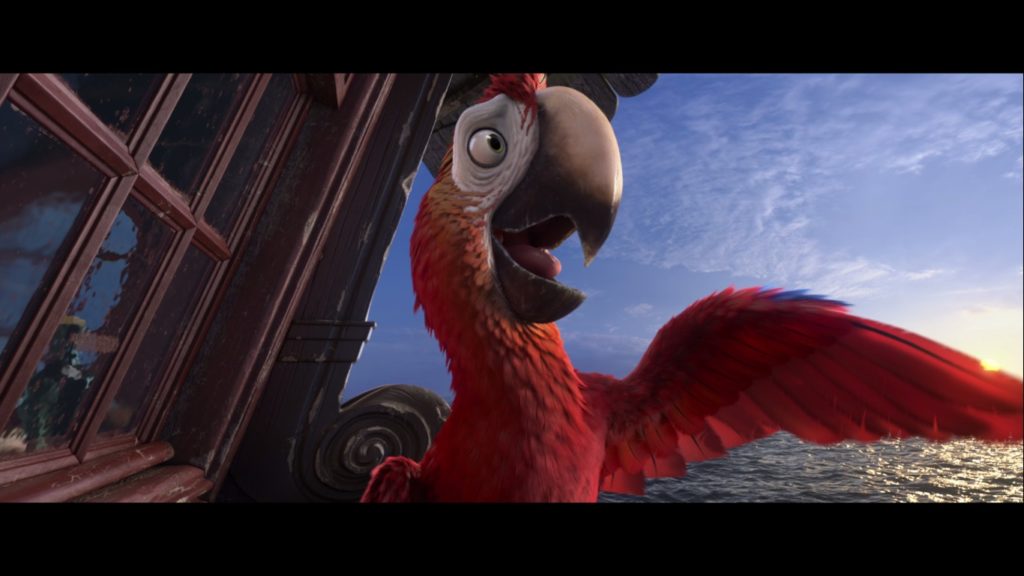 Our story is centralized around Mac, also known as Tuesday (which is better than Monday, because everybody hates Mondays), a Macaw bird with a sense of humor who is about to take us through his tale of discovery and adventure.  The story he tells is mostly about a man named Robinson Crusoe who ends up deserted on a tropical island.  Although it would seem both the animals and Crusoe are apprehensive to accept one another the tale becomes that of acceptance and friendship.

The story overall is not that bad in all honesty it seems somewhat familiar, however, it does come off as cheesy which I understand is perfect for the audience it was geared toward. I feel as I must say that without the goofy one-liners and overall antics, the story could have done very well for a wider audience. 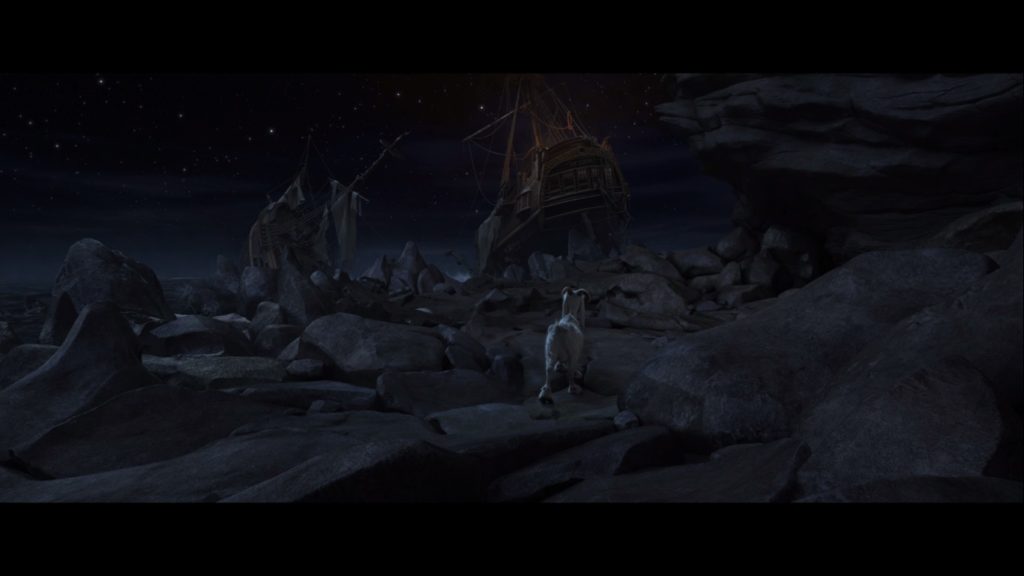 I was pleasantly surprised with how great the animation was at certain points.  Specifically, I am thinking of the scene where it is raining on the boat and it is done surprisingly well. At times it does feel kind of cheap and closer to a blue sky type of animation than say a Pixar style, which suits the story.  However goofy it may be, there was clearly time and effort spent to make this something worth watching.

There are quite a few things I try and consider when reviewing the audio quality of a feature that becomes immediately different with an animated film.   The Wild Life hits all the important aspects a normal film would need to get a high score, consistent volume, mixed well for home, and overall score quality.  All those things seem to flow relatively easily with this film.  However, there is just something off about the few of the characters and the voice actors.  I’m not saying the sync is off, but something is disconnected and makes is difficult to really identify with a few of the crucial characters.  I’m not saying the target audience (children) would notice, or even care, but for someone who consistently enjoys well-made animation films, it is definitely something to consider. 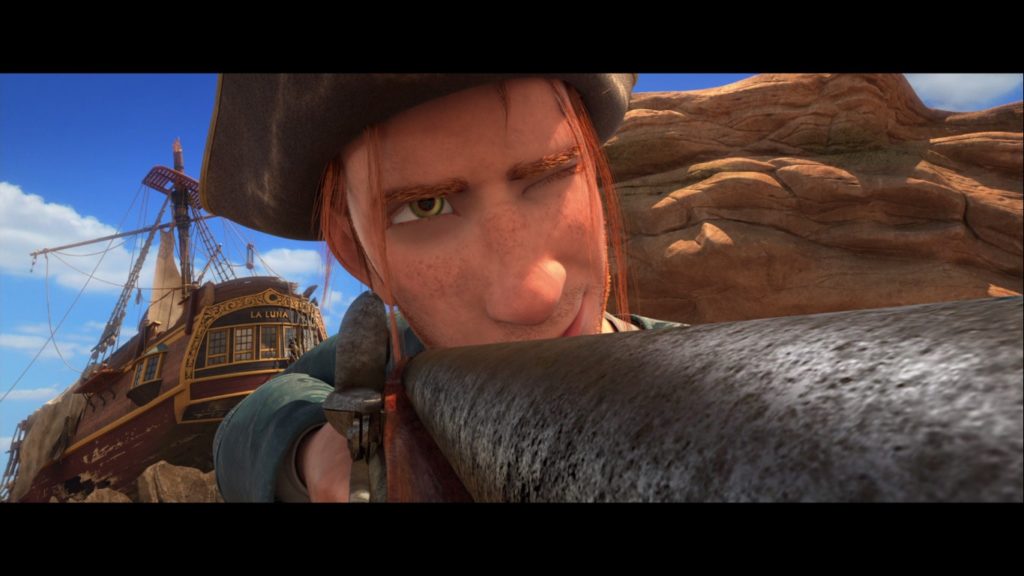 We get a not so standard packaged release with this one.  Sure enough, it is indeed an eco-packaged Blu-ray case, however, we do a get very vibrantly colored slip with raised image. Although it does not do well to gain that missing audience piece that the film itself fails to realize.  The inside is nothing spectacular with a disc on each side, although it does seem that straight out of the package the DVD disc is on the right-hand side and the Blu-ray is on the left, which is the reverse of the norm that we usually see. 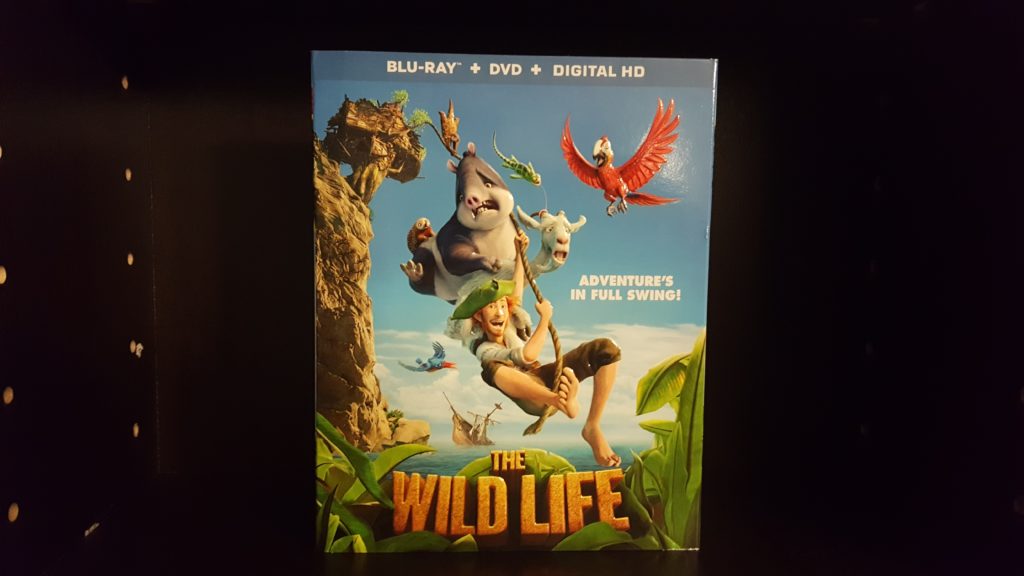 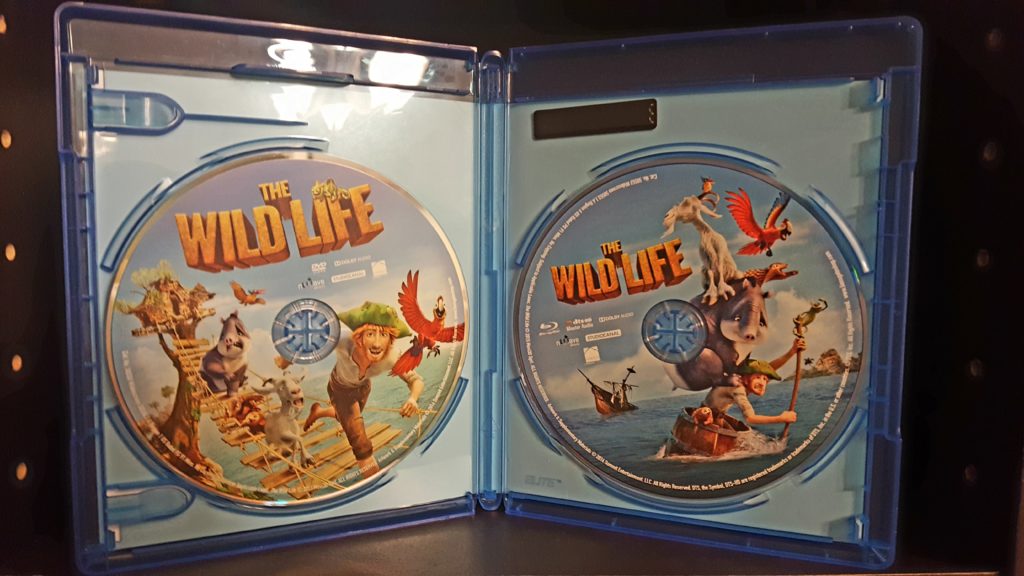 There are definitely more features included than I thought there would be for a release like this that went mostly unnoticed.  I liked the first two features and it is clear that a lot of care and passion went into this project. 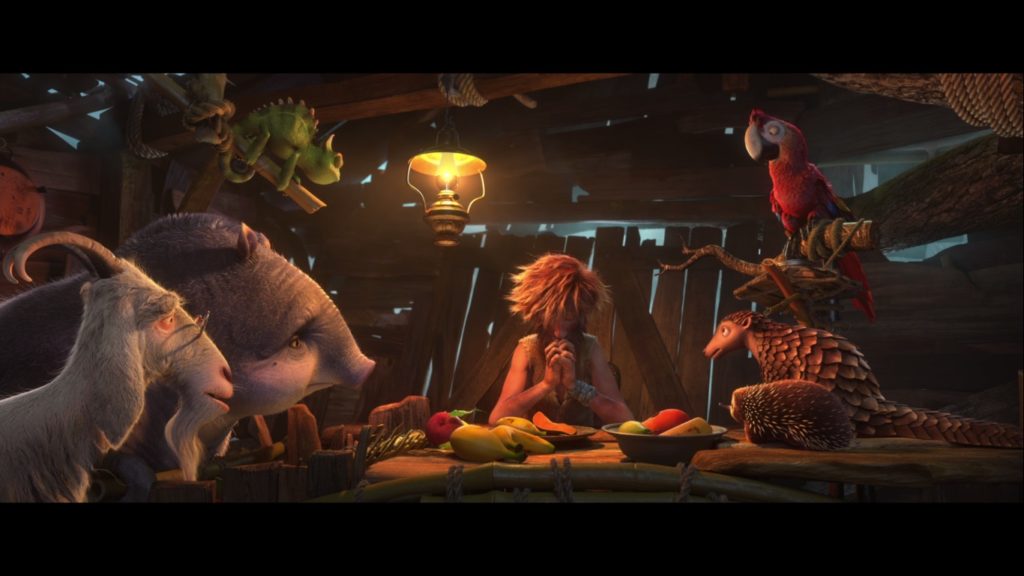 All things considered, this film does well to cater to the target audience, which I am clearly not.  The jokes are clean and geared toward that of a younger audience so much of the film ends up falling flat for me.  However that does not by any means make this a bad film, it is just not one made for a wide audience and god knows half the movies I watch are definitely not for everyone especially that of the younger generation which these days feels like pretty much everyone.  Did I enjoy moments of this, absolutely.  I rather enjoyed the treehouse sequence where they are all  building an elaborate shelter for Crusoe, but other than that I found it hard to care about the characters which makes think about much larger questions about imagination and magic being dead, but I digress; This film is a great gift for that niece you don’t know all too well and want to mend the relationship with your sibling by buying off their kid, they will absolutely love this film.  But this film does not do well to make the adults watching really too entertained.

Overall 3/5 – Not for Everyone