Why Him? is a 2016 American comedy film that was directed by John Hamburg and was written by Hamburg and Ian Helfer. The film features James Franco, Bryan Cranston, Zeoy Deutch, Megan Mullally, Griffin Gluck and Keegan-Michael Key. The story follows a father who tries to stop his daughter’s Silicon Valley boyfriend from asking her to marry him.

Raking in approximately $117.8 million worldwide against its $38 million production budget; Why Him? is considered to be a box office and commercial success despite the negative feedback that’s seen on various review sites. Originally expected to gross $10-$14 million from the 2,917 theaters that played it during its first four days of release, it ended up bringing in a four-day total of $15.5 million and finished fourth at the box office. According to Rotten Tomatoes, this film has an overall approval rating of 40% from the 128 reviews that have been submitted, with the average rating coming back at 4.9 out of 10. The site’s overall consensus reads, “Solidly cast but overall misconceived, “Why Him?” offers the odd chuckle, but ultimately adds disappointingly little to its tired father vs fiance formula.” On Metacritic, the form has an overall score of 39 out of 100, based on the 30 critics who’ve commented, indicating “generally unfavorable reviews.” Audiences polled by CinemaScore gave the film an average grade of a “B+” on an “A+” to “F” scale.

Principal photography for the film started in mid-February 2016 in Los Angeles; and making its US theatrical debut by 20th Century Fox on December 23, 2016, the film has had mixed reviews from people that I have personally spoken to about it. Let’s see how this goes…

Honestly speaking, I really enjoyed Why Him? and the story it presented.  Sure, everything about this film is cliche and has been overdone by Hollywood; but, this movie is definitely one that allows you to sit back without any expectation and just laugh.  Going into this film with an open mind allowed for a much more enjoyable experience than I expected; hell, there were moments where my wife and I would just look at each other and she would comment with “If you did something like that…”

A movie like this isn’t meant to be taken serious.  The story that we’re given tells us the tale of the girl who is in a committed relationship with someone who happens to be extremely rich, however he’s also considerably immature for someone his age and her family’s attempt at stopping their relationship from really moving forward.  The story that we’re given has been done before, but this brings a slightly new angle to the spectrum and as very well maintained throughout. 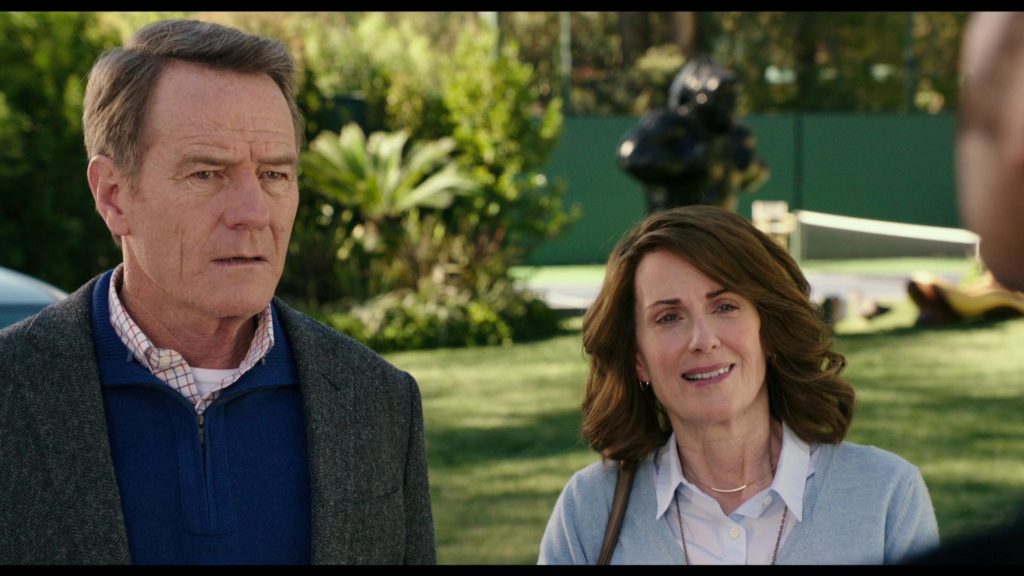 Why Him? is a film that doesn’t necessarily need over-the-top picture quality for audience members to enjoy themselves.  However, given that the Blu-ray release gives us a solid 1080p presentation, the film was extremely crisp, clear and overall pleasant to the eyes.  The colors were sharp and vivid throughout and I didn’t see any distortion to the picture at all as my wife and I watched this film.  There is a 4K UHD release of this film, however I don’t really see the benefit of going UHD for this movie as there wouldn’t be much of a visual improvement over its Blu-ray counterpart. 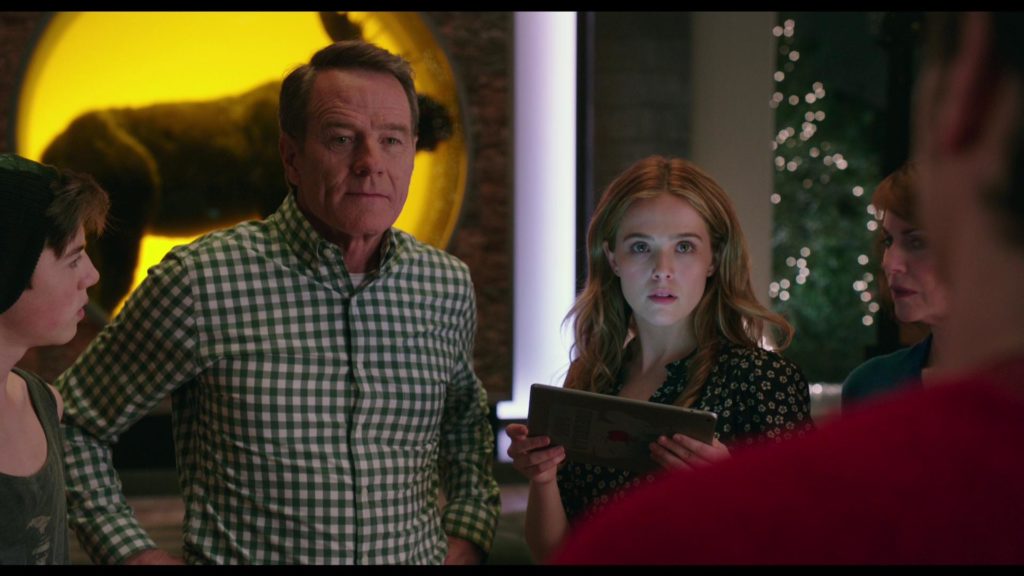 The Blu-ray release of Why Him? comes bundled with a DTS-HD Master Audio 7.1 audio track.  Something that was somewhat surprising as there wasn’t too much to be included in terms of ambient sounds.  However, the audio track that’s included allows for audience members to feel as if they’re right there in the middle of everything with the Fleming family.  While there really isn’t much of anything that’s overly exciting in the events that play out, being able to hear and understand everything without any distortion in the audio or even having to manually adjust my volume levels on the receiver were greatly appreciated.  Everything was crisp and clear, and there were two or three subtle things that were mumbled as part of the dialogue that I wouldn’t have normally caught on a lesser quality audio stream. 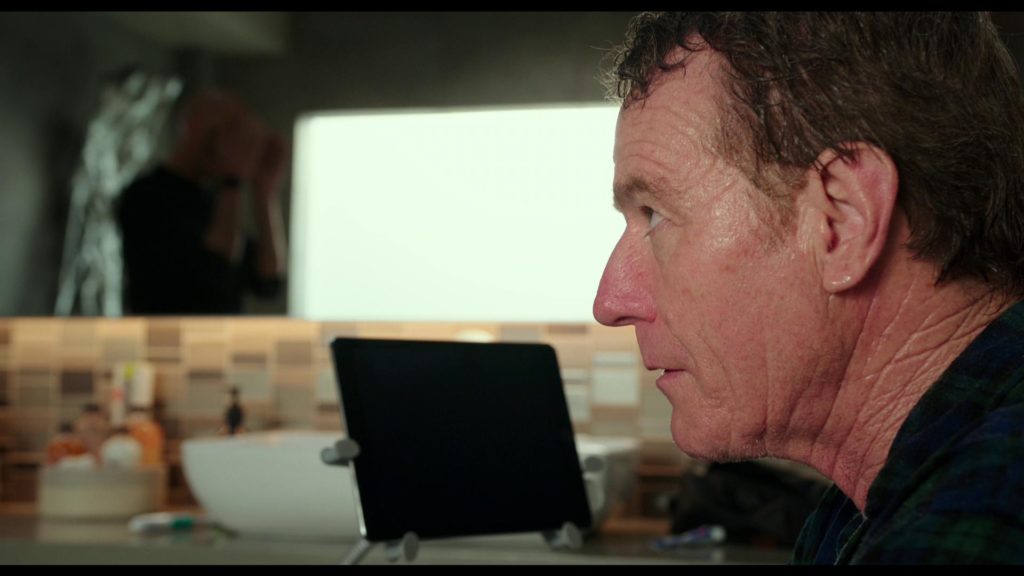 Why Him? comes packaged in your standard Blu-ray amaray case.  Contained within that case is the standard Blu-ray copy of the film, the standard DVD copy of the film as well as the digital copy redemption pamphlet for on the go streaming.  The disc art for each of the two copies of the film each feature artwork that’s relative to the film, both discs being different in cover art.  There is also a slipcover that’s been made available in the initial pressing of this film. 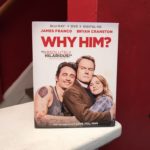 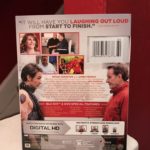 Why Him? comes loaded with special features that allow consumers to dive deeper into the film, the production of the film and the overall good time that the cast had while they were making this movie.  Included with the Blu-ray release is: 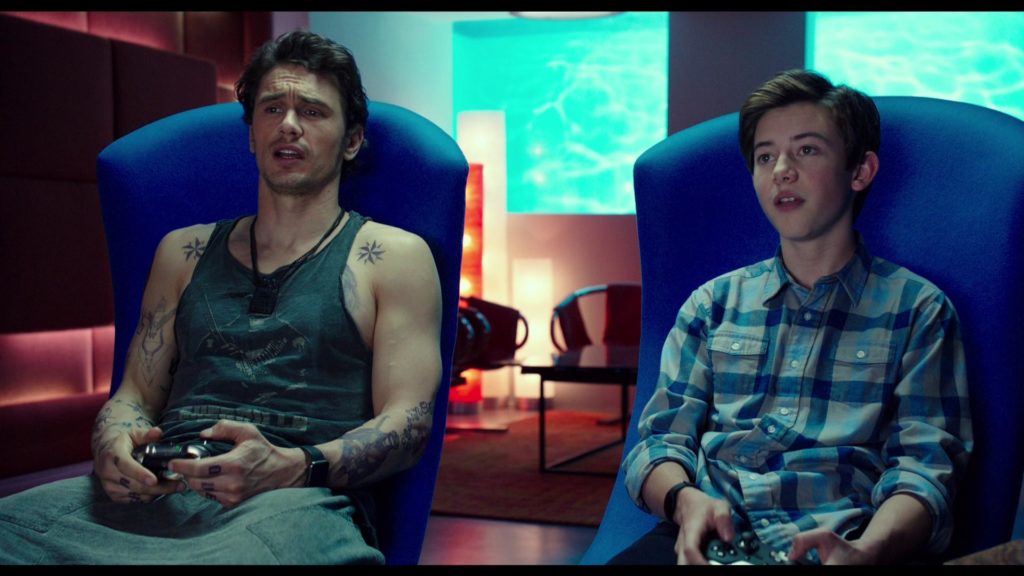 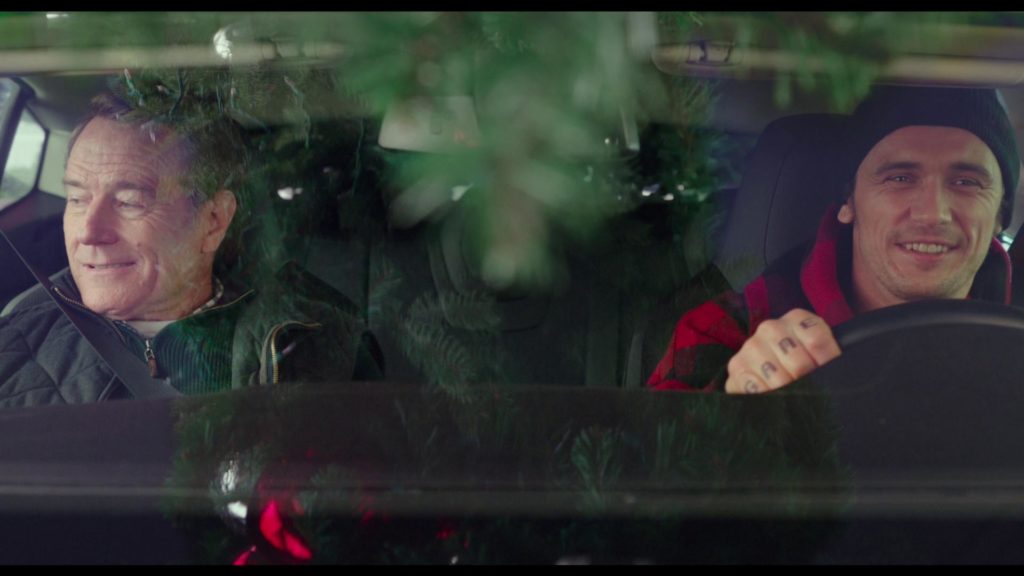 Overall, I really liked Why Him?  I know it received a lot of negative feedback considering the general undertone of the film has been done time after time by Hollywood.  But this is a film that you can go in with no expectations whatsoever, and an open mind and sit back and enjoy a few laughs.  The overall visual and audible presentation that’s provided in the Blu-ray release is extremely solid considering it’s a film that doesn’t really need or make use of the visual improvements that come with the higher quality formats.  There’s a decent amount of additional content that’s been made available with the Blu-ray release that allows consumers to dive deeper into the film, its production aspects as well as sitting in on some of the fun that the cast and crew had while making this movie.  This movie definitely tops my list of favorite popcorn flicks and I would highly recommend it for a casual movie night, either by yourself or with friends or family.  If you want to grab this film for your collection, you can pick it up over on Amazon today! 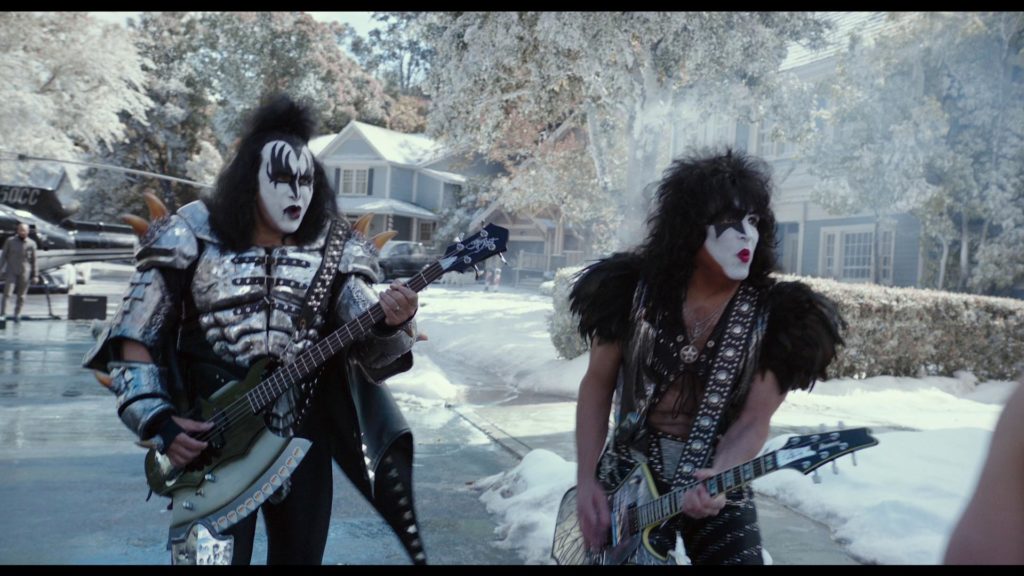