Who’s Jenna is a 2018 comedy written and directed by Thomas Baldinger. The film stars Tracy Birdsall as the titular Jenna, Bill Sorvino as Johnathan Banks and Joseph D’Onofrio as Andy Roma. Who’s Jenna leaves more questions then it answers.

The film opens on the births of best friends Johnathan(Sorvino) and Andy( D’Onofrio). This leads to a flash forward in the present where Johnathan is an account manager at a financial firm and Andy is the porn addicted tech guy of the financial firm. While out for drinks Johnathan meets Jenna(Birdsall) and they immediately hit it off. They begin dating and Johnathan learns Jenna is the sister in law to his racist and homophobic boss, Joe Barcia( played by Garry Pastore). Johnathan and Joe become at odds with one another after Joe begins black mailing him over a promotion. Johnathan then must balance his love life, his work life and what is right.

The film is supposed to be a straight comedy, but has the makings of a romantic comedy. This wouldn’t be an issue except that the titular Jenna of Who’s Jenna feels mostly absent in the film. She appears frequently, but not often enough for the character of the title of the film. Most of the film’s focus is on Johnathan and his problems with work. Most of the film revolves around Jenna or people Jenna is tied to, but not much of it involves Jenna until the very end. Jenna is given the Poochy treatment. If Jenna is on screen she is the focus, if she isn’t everyone should be talking about her.

The film looks low budget, which isn’t a knock against the film. They do the best they could with what they had and it does look good, but noticeably difference in the quality of the look of the film. None of the scenes are shoot poorly and everything is up to snuff for a competent film. The drag show is very well shot and looks very good. The restaurant scene feels a little oddly shot, but is really noticeable as just feeling weird within the movie. It just doesn’t seem to fit within the movie.

Extra Thoughts: Paying close attention the film takes place in Jersey, which is fun to find. The opening with the fathers seeing the births of their sons is nice and funny as they both go through it differently. Vincent Pastore is the only really recognizable face in the film, but he fits in well with the cast and feel of the film. Homophobic and racist boss, check. Said boss has a dark secret that doesn’t make sense for him to hate on different people but he does anyways. check.

The audio of the film is solid with no major issues. All the dialogue can be heard and the sound comes across as clear and crisp. The soundtrack of the film works to compliment the feel of the movie as it moves and keeps the feeling of each scene. There is an odd section where a song from the soundtrack was played over the scene of Johnathan and Jenna singing karaoke. It just looked weird if the actors were bad it makes sense, but is noticeably weird. 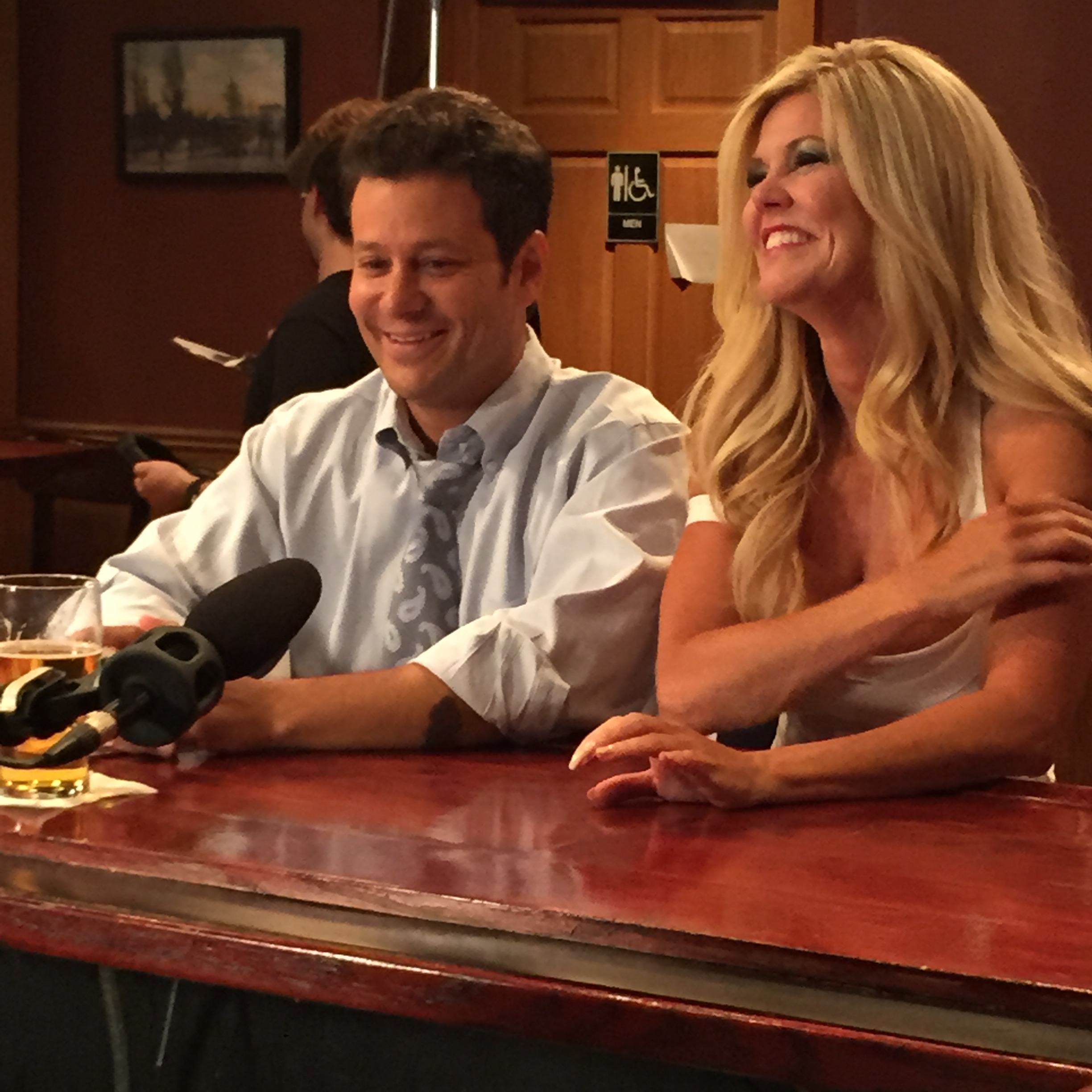