Just when you thought they couldn’t make a biographical wartime drama and add a twist of comedy to it, Tina Fey comes out and surprises us with Whiskey Tango Foxtrot.  Based on the memoir titled The Taliban Shuffle: Strange Days In Afghanistan And Pakistan by Kim Barker, this film features Tina Fey, Martin Freeman, Margot Robbie and Billy Bob Thornton.

Unhappy with her career in covering low-profile stories, journalist Kim Baker agrees to take on an assignment as a war correspondent in Afghanistan during Operation Enduring Freedom.  While completing her assignment, she befriends other international journalists and after a period of adjustment, she begins to take a liking to her assignment.  Trying to capture crass remarks on camera from soldiers questioning their place in their assignment and putting herself in harms way, she is considered to be somewhat of an annoyance amongst commanding officers. 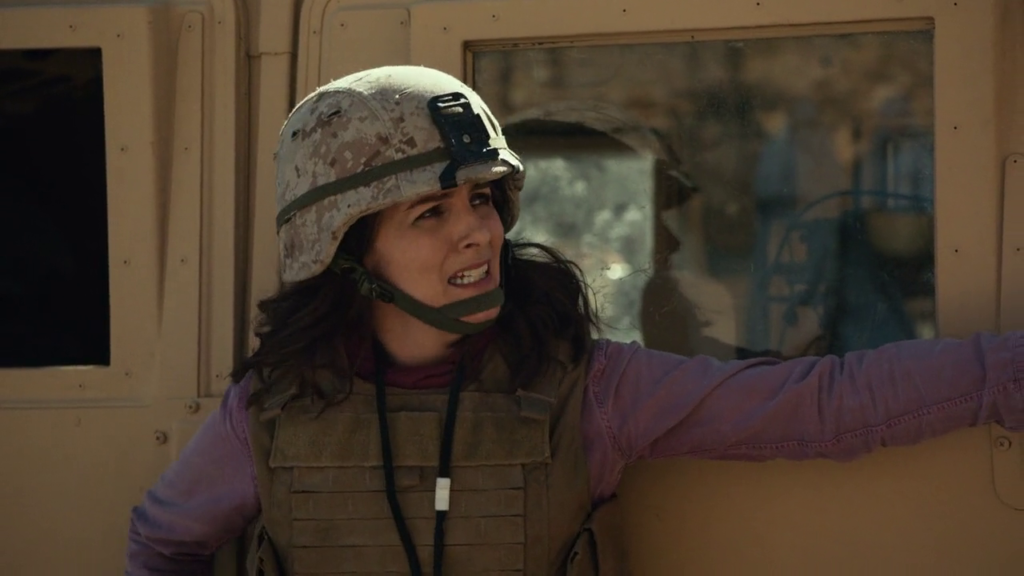 Going into Whiskey Tango Foxtrot, a lot of my initial assumptions was that the lead character, Kim Baker, would come off as this quirky and comical journalist was trying to make the best of her trip to Afghanistan.  I mean, she’s traveled into an extremely dangerous area and after realizing the danger, trying to make light of everything that’s going on around here.  This assumption only came after reading the few snippets about this film and their indication was that this was a slight comedy.

However, Whiskey Tango Foxtrot played more into the biographical drama category than it did comedy.  For a film like this to maintain that level of seriousness for a story like this, I sincerely applaud.  Considering Tina Fey often plays a lot of goofy, comical roles, she does extremely well with her more serious roles.

While living abroad during the hectic happenings of war going on around here, she does make light of her situation and finds herself fitting amongst her peers.  Through her travels in Afghanistan, she is stricken with various occurrences of grief, sadness and general homesickness.

One aspect of this film that I found to be really appreciative was the inside look of the conflict in the Middle East from a journalist’s perspective. It greatly conveyed the seriousness of the attacks in Afghanistan as they were being overshadowed by the war going on in Iraq.  While this film is not strictly a war film, it does show the impact that a situation like this can have on one who’s found themselves stuck in the middle of this horrible conflict. 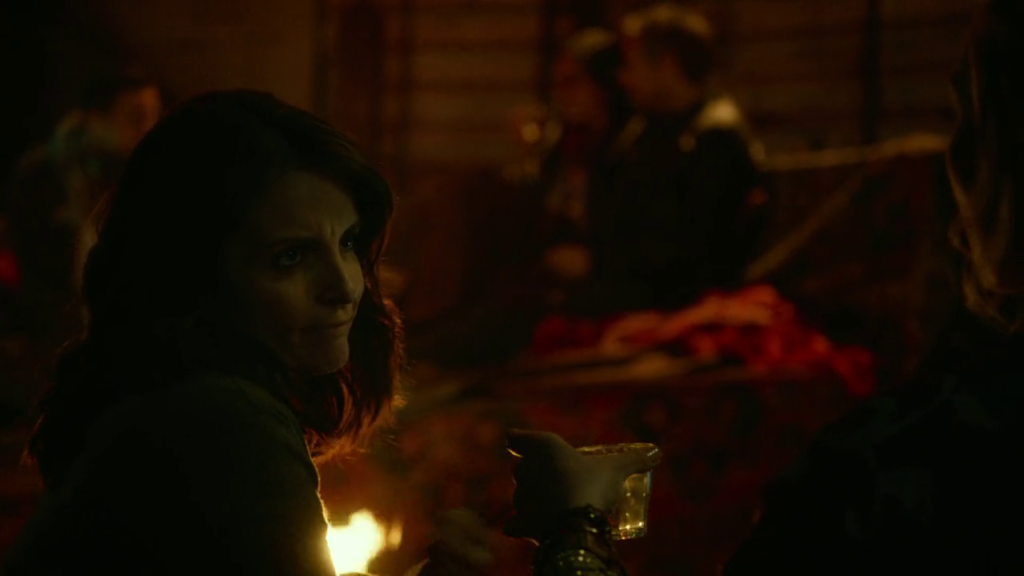 Presented in the beautiful 1080p resolution, Whiskey Tango Foxtrot was an absolutely gorgeous film.  Every minute detail from the desert scenes, to the various scenes that took place state side.  It was just beautiful.  One thing that I would like to add about this release is there are a handful of dark scenes throughout the film.  More often than not, scenes that occur during the nighttime hours are often difficult to see and visually get an understanding of what is unfolding right there on the screen.  With this release, this was not a problem at all.

A few of the moments that really stood out to me were watching various attacks unfold.  There is one specific explosion that occurs and the production crew certainly made sure to ensure not only the explosion, but the resulting effects were displayed as clear as possible.  I personally couldn’t imagine seeing what unfolded before the characters like that in reality.  The other is a scene as characters are traveling through downtown Kabul.  As they venture through the city, we see that a portion of the streets are blood covered; causing you to believe that some innocent lives were lost.  That initial impact this scene had on me is one that really stood out to me the most.

With the use of the stunning DTX:X audio track, this release of Whiskey Tango Foxtrot was unbelievable.  Not only was I able to completely hear and comprehend every piece of dialogue as it unfolded on my television screen, but I was able to hear every minute detail of the ambient sounds while the story brings us through the roads of Afghanistan.

One issue that I’ve personally seen with various audio tracks comes during times of heavy battle action or explosions.  One such issue is often demonstrated by a very noticeable crackling sound at the peak of the activity.  However, that was not the issue with this film.  Everything was absolutely clear, crisp and beautifully presented. 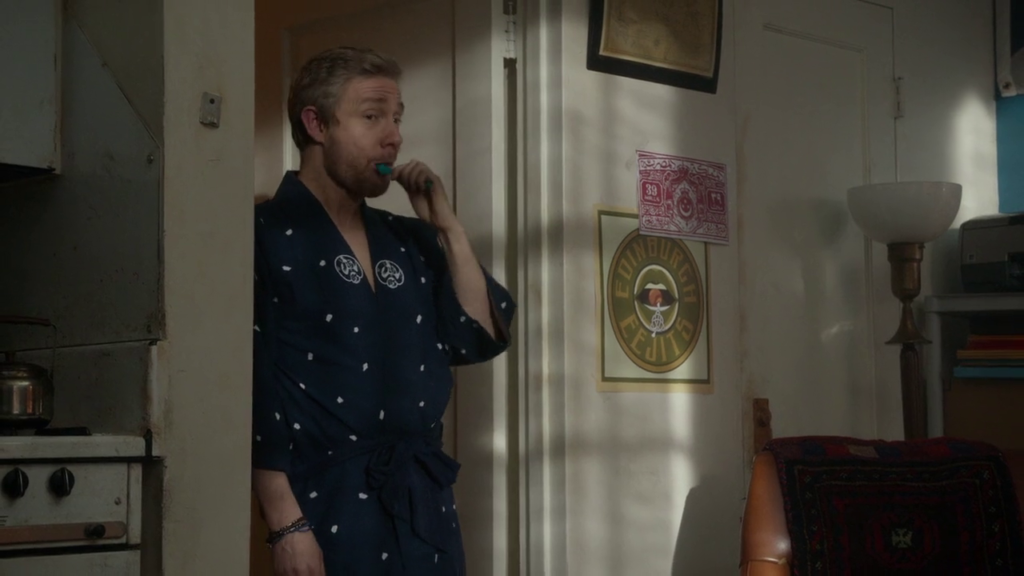 This release of Whiskey Tango Foxtrot comes packaged in your standard 2-disc amaray Blu-ray case.  Including a slipcover for its original pressing, it is packaged with a Blu-ray copy of the film and a DVD copy.  Also included with the release is the Digital HD copy to be redeemed with your choice of digital vendor.

This release of Whiskey Tango Foxtrot comes packed with special features, and it is refreshing to see this much effort but into a major studio release.  Props to Paramount for this one. All of the bonus content is featured on the Blu-ray disk of this release and includes the following:

Overall, I was extremely pleased with the home viewing experience that Whiskey Tango Foxtrot had given me.  As the story progressed, I found myself extremely appreciative of the well maintained dramatic undertones.  Initially upon finding out that this film was going to be comedic in any capacity, I started to worry.  However, Tina Fey really kept true to the situation and the overall seriousness of war.

Whiskey Tango Foxtrot is a phenomenal release that is not only visually appealing, but audibly beautiful.  If you have garnered any interest in checking this film out, I would highly recommend picking up the Blu-ray, as the technical merits are outstanding.