On the surface Whip It is a coming of age “dramedy” about a girl who discovers roller derby and, ultimately, herself.  Combine this with the fact that it is Drew Barrymore’s directorial debut and you may not be convinced this film has much if anything to offer.  When you dig a bit deeper we do have a film whose charm manages to carry its way through the abundant amount of cliché’d moments and awkward storyline just enough to be enjoyable.  Not sold yet? I cannot blame you, neither was I from the description alone.  What sold me enough to give this a go?  It was definitely the casting.  From Juliette Lewis and Kristen Wiig to Eve and Ellen Page, this film has some serious talent backing it up.  If you are willing to give this one more than a cursory glance you may be pleasantly surprised about how redeeming it actually is.

Our story follows Bliss (Ellen Page) a seventeen-year-old girl trapped in the very small town of Bodine, Texas who very clearly does not belong.  She is stuck spending her days waitressing letting her mom (played by legendary actress Marcia Gay Harden) vicariously live through her at pageants.  Luckily she has Pash (played by the ever growing talent of Alia Shawkat) who is her partner in crime.  Through a bit of luck, she finds herself at a Roller Derby match in Austin.  She immediately finds herself enthralled and in love with everything about it.  With some nudging she tries out and becomes the newest member of the Hurl Scouts known simply as Babe Ruthless.

The story itself is not that different than anything you may have seen before.  Nor is it a huge stretch to say the film is full of typical plot devices and cliches.  I will also be the first to admit that the addition of the Langdon Pigg story (sub story full of teen romance and betrayal) nearly botches the entire thing.  However, what the film has in spades is charm, what it lacks in ingenuity it makes up for in genuine laughs throughout.  A huge reason for this is, of course, the addition of Jimmy Fallon as the magnanimous announcer the carries the story along and tells us the rules of the game.  We also have great comedic timing from Barrymore herself throughout that totally sells the film as a whole. 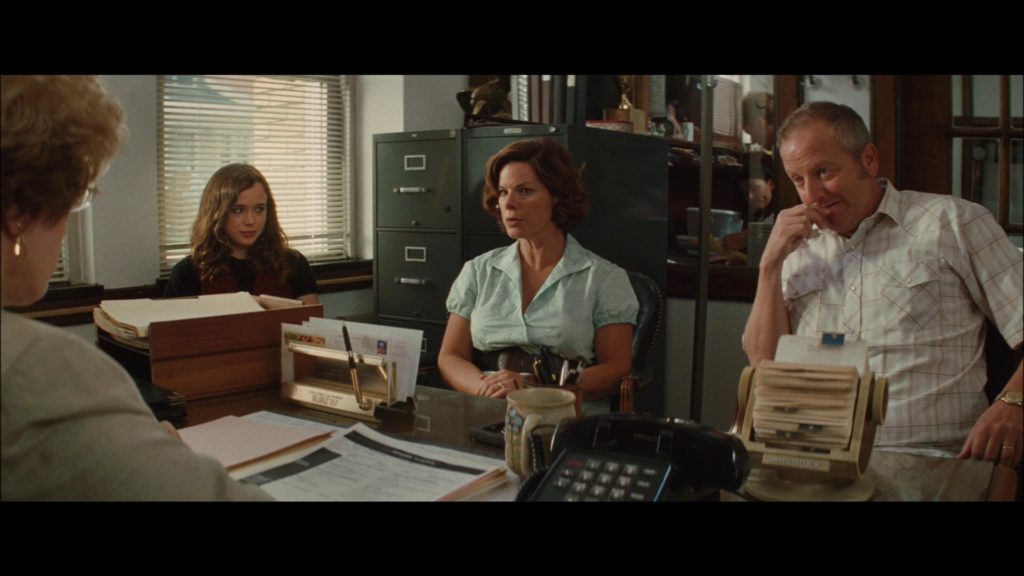 One very welcomed aspect of this film is the addition of Robert Yeoman as Director of Photography.  He manages to take a film that could be just like any other and creates a raw, sometimes POV look into Roller Derby.  Yeoman has been involved in various eclectic and amazing films and knowing he is involved makes the experience all the more worthwhile.  Barrymore on the other hand, does surprisingly well juggling her film debut and manages to frame an, albeit underwhelming, enjoyable story.  She manages to frame Bliss in such a way that you really start to root for her.  You start to hate the other teams and even if you don’t understand the rules you want them to win!  The transfer to Blu-ray comes across great.  The film feels raw and tangible on the screen and that’s exactly the way this film needed to be. 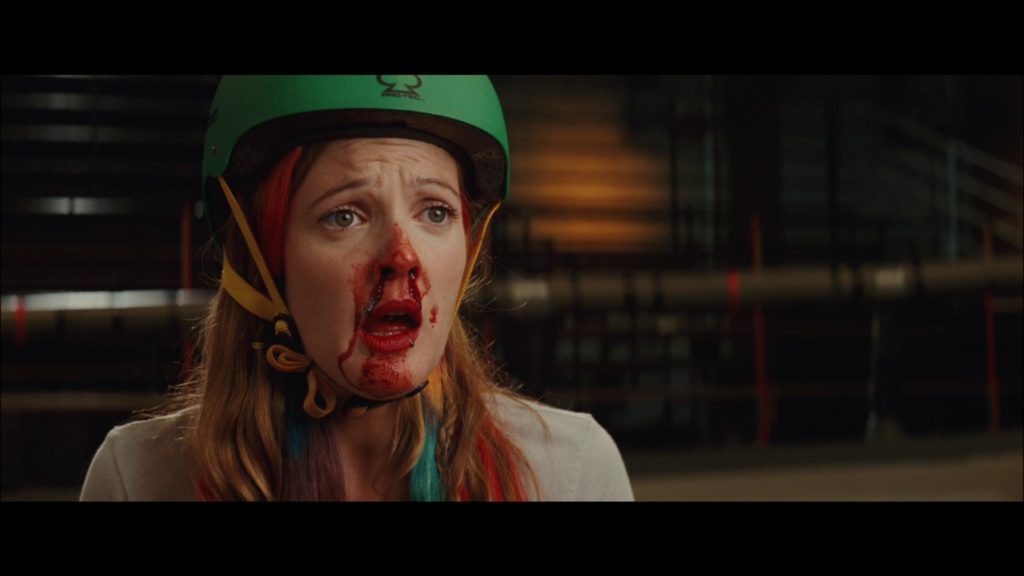 There is definitely a vibe throughout the film that screams “I want to be cool”.  Barrymore definitely wanted this to be a “cool” movie and that is clear throughout the film when considering the soundtrack.  Featuring everything from the Ramones to Dolly Parton it holds an eccentric collection of classic and indie songs that keeps that vibe going throughout.  When it comes to editing for home viewing it seems somewhat unbalanced and features heavily highs and lows of fluctuating volume.  It is not enough to ruin the overall experience but it can get annoying from scene to scene 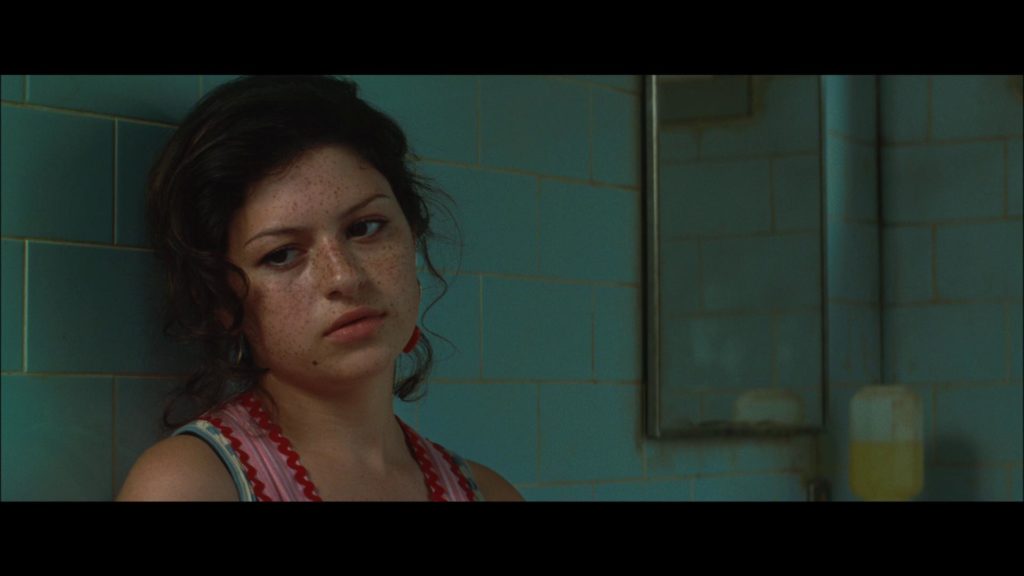 For the packaging, it seems that simplicity was the chosen route for the cover and artwork.  I rather like the idea that we don’t have a bunch of added nonsense on the cover to distract away from the artwork.  Not to mention the fact that the artwork is actually meaningful to the film itself.  On the inside, we have a disc on either side.  On the left hand side, we have our all but useless (now) digital copy.  On the right is the blu-ray laden with its own artwork.  The case feels sturdy and has the eco-case cutouts behind the discs and seem to add a bit of stability from the placement.

As far as the included extras – they are not plentiful.  We do not get much as the way of featurettes or behind the scenes instead we are given nine deleted scenes and one featurette that is brought to you by Fox movie Channel about the writer Shauna Cross and how she came to write the screenplay for Whip It.  The special features are as follows: 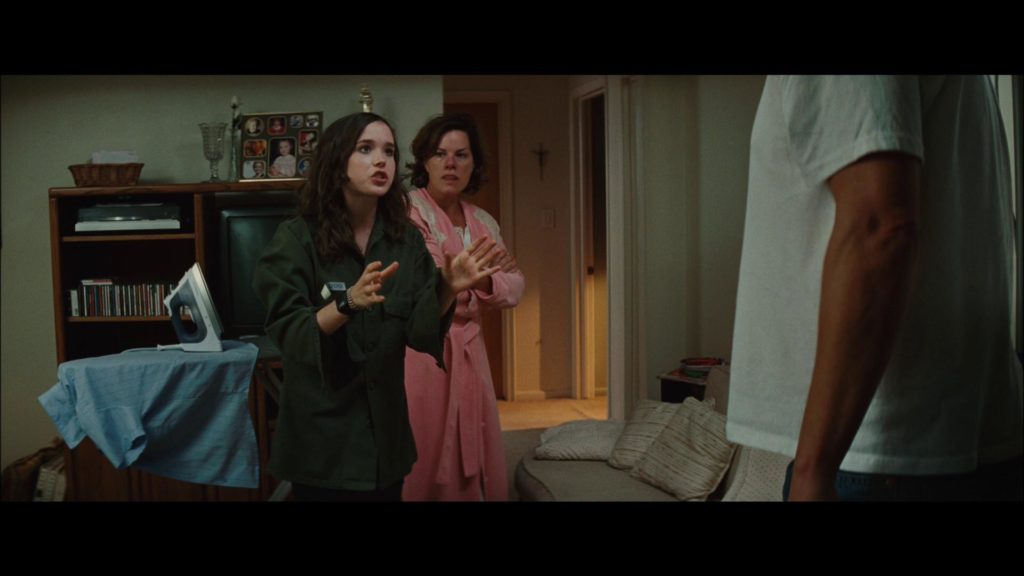 Whip It is a surprisingly enjoyable film.  From start to finish it has delightful moments that somehow carry the film along.  The plot itself comes up wanting and could have been executed better as a whole.  Barrymore does well to maintain a feel-good vibe throughout the film that separates this film from the pack and stays there.  For me, the humor sells it and without it, the film would fall short of anything worthwhile and I would say don’t even bother.  It is clear that the cast and filmmakers enjoyed their time making this film.  Ellen Page gives a performance much like any other she has before it’s believable and quirky and raw.  I cannot imagine any other actress in this role and it working as well.  This is definitely a film that you can enjoy with a large group, it has someone in it for everybody.  You can purchase this film HERE.