Back before the days of the Syfy channel there wasn’t a dedicated spot for all the low budget films of the 80’s and early 90’s. I remember on Saturday mornings being particularly enthralled with some of the lesser known titles of the day on regular cable. Blockbusters were reserved for Prime-time or HBO. Weaponized brought me right back to those early mornings even though it takes place in the very near future with the way it was shot and acted; which isn’t necessarily a bad thing.

Weaponized follows Detective Mitch Walker (played by Johnny Messner), an officer with untold issues coming off a fresh suspension. His first assignment coming back is investigating a public shooting by an ex-military officer. He is then approached by Professor Peterson (Mickey Rourke) who says he has all the answers.  There are many parts where you will laugh at the absurdity, but also quite a few where you will say, “Hey that was pretty cool.” 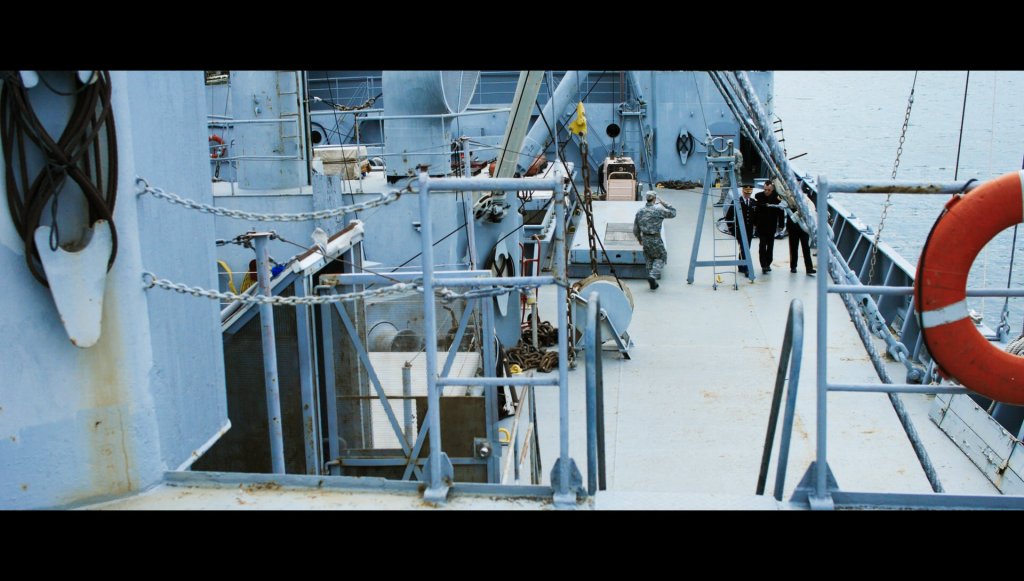 This movie has everything you will expect it to. The unstable Detective main character, the wise old black partner, the Chief that stands by his guy until he doesn’t, and of course there is the one Asian actor who is the computer hacker, and suddenly knows every martial art to escape from multiple special-forces bad guys. You have the secret lair where inexplicably a member of the bad guys team decides to switch sides and don’t forget the super computer that actually has dryer vent duct going from machine to machine to look space age. 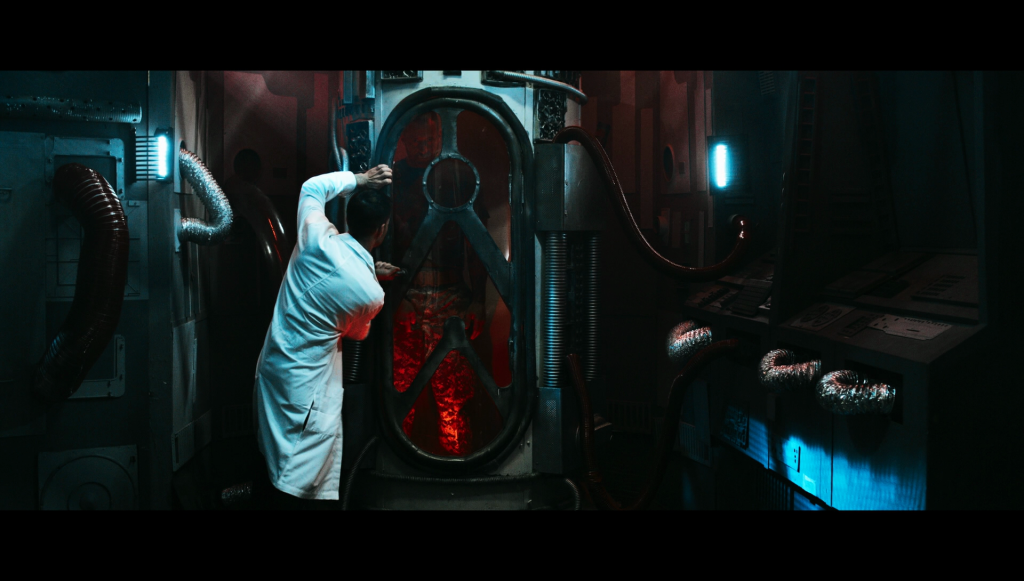 I’m being a bit vague because everything I have just said will make you want to either watch this movie and enjoy it for what it is or avoid it at all costs. There are also plenty of surprises I have purposely left out as I don’t like reading reviews filled with spoilers. I even stop most trailers halfway through. One final note I have is about the acting. What little information I could find on the internet about this film says it was shot in only 21 days. That short amount of time and the number of scenes that were shot lends itself to some questionable takes. Luckily most of it is in the first 7 minutes, so if you can get through that it should be smoother sailing from there. Special recognition goes to Kyle Norris (Tom Sizemore) who makes it seem like it is the first time he is ever talking on the telephone in his life. I’m not sure what was going on in that scene, especially when in his later scenes he seems fine. Lastly I’d also like to note Taylor Cole’s performance as Angela Walker. She and Johnny Messner actually made a very convincing on screen couple who seemed to be in love with each other, much more so than I have seen in many blockbusters.

I can’t find what type of camera was used for this film, but it should be what all independent lower budget studios use.  The movie simply looks great and far exceeds any expectations that I had.  This is a very dialogue heavy, closely shot movie, so there aren’t many scenes with fast moving action.  In some of the more open areas there is some fuzziness to the background that is noticeable, and  some of the effects look a little cheap and out of place while others look amazing.  Overall, I was stunned as I was watching it as many of the scenes blow away some offerings from the bigger studios.  The folks who did this over at Cinedigm should certainly be commended. 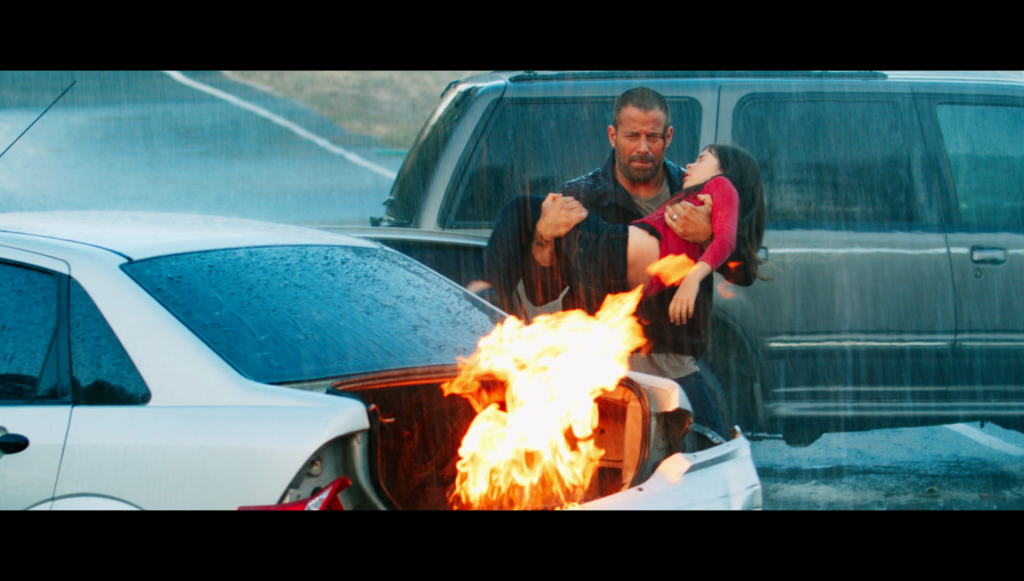 It’s hard to judge the audio on a film like this.  The score never becomes anything more than adequate and expected as Mitch goes from place to place trying to discover some clues. It does what it’s supposed to do well and never really stands out. This is definitely the safer play and I really can’t fault the composer for that.  The dialogue comes through very clearly and nothing ever really gets garbled or distorted… well other than some of the acting choices.  The effects themselves can be rather muddled at times and the audio certainly never pushes the system.  Overall it’s a solid mix that hits all its point but certainly isn’t anything that will shake the rafters while watching. 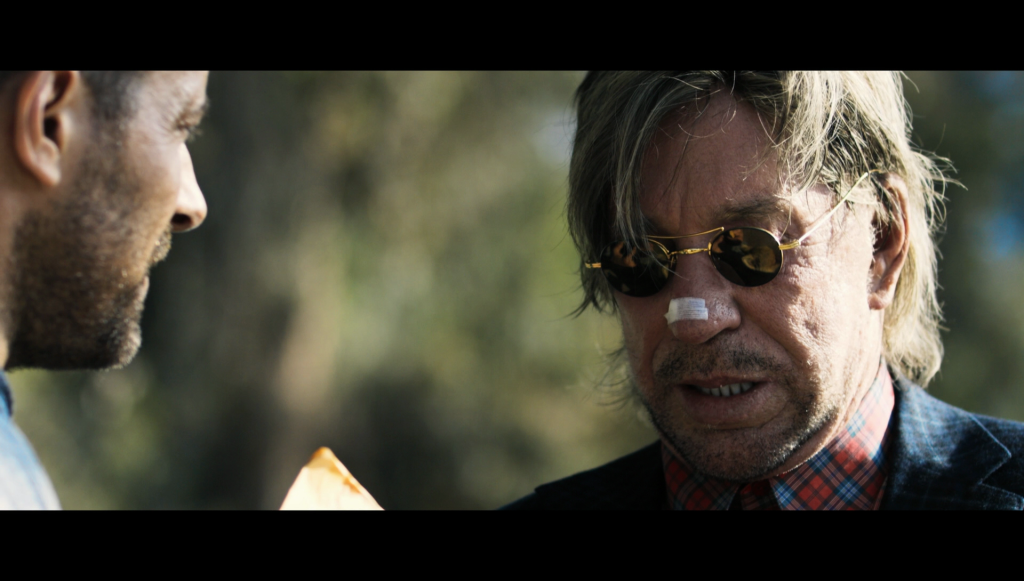 Deleted Scenes: 5 of them totaling 2:34 and not adding much if anything to the story. 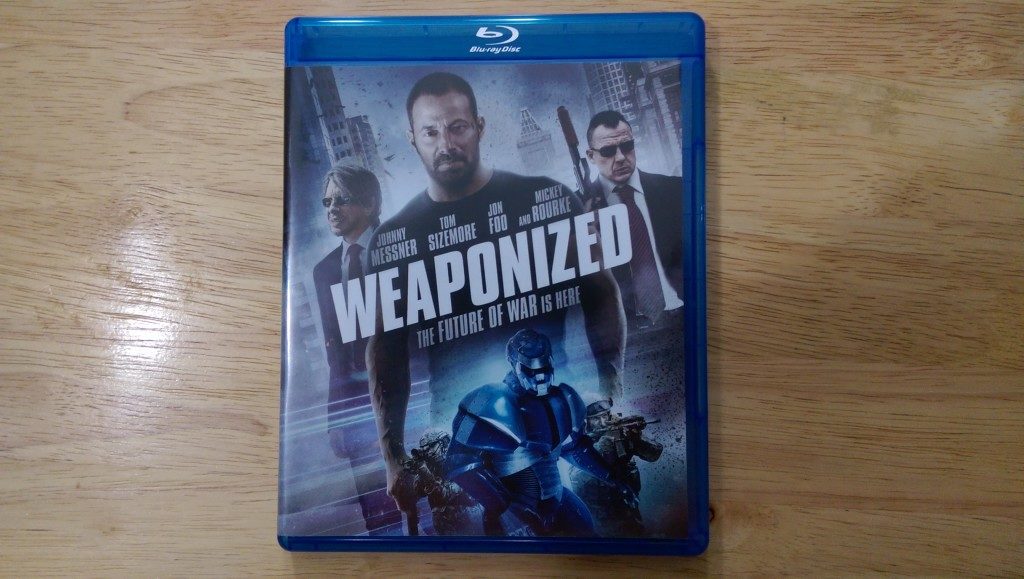 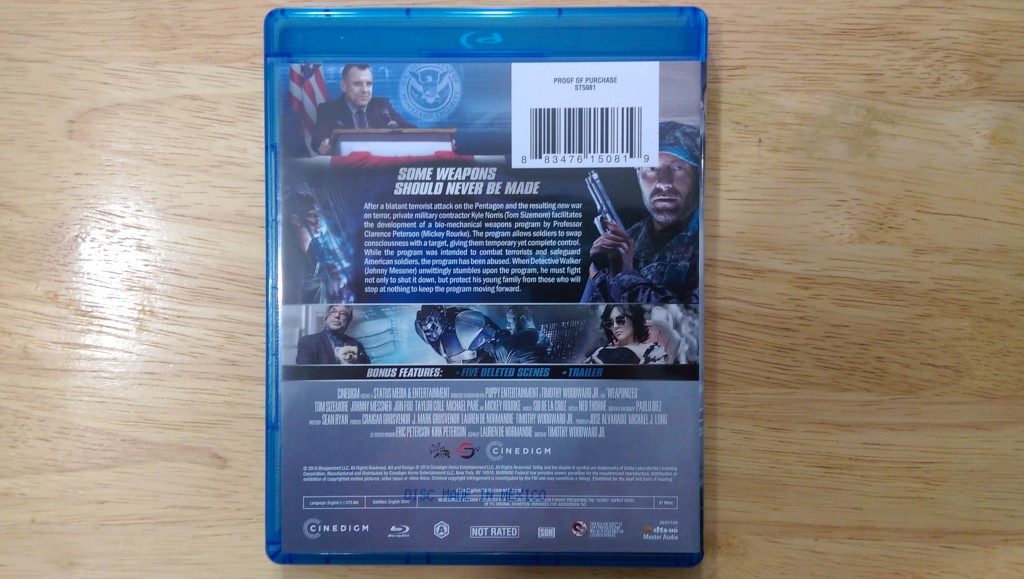 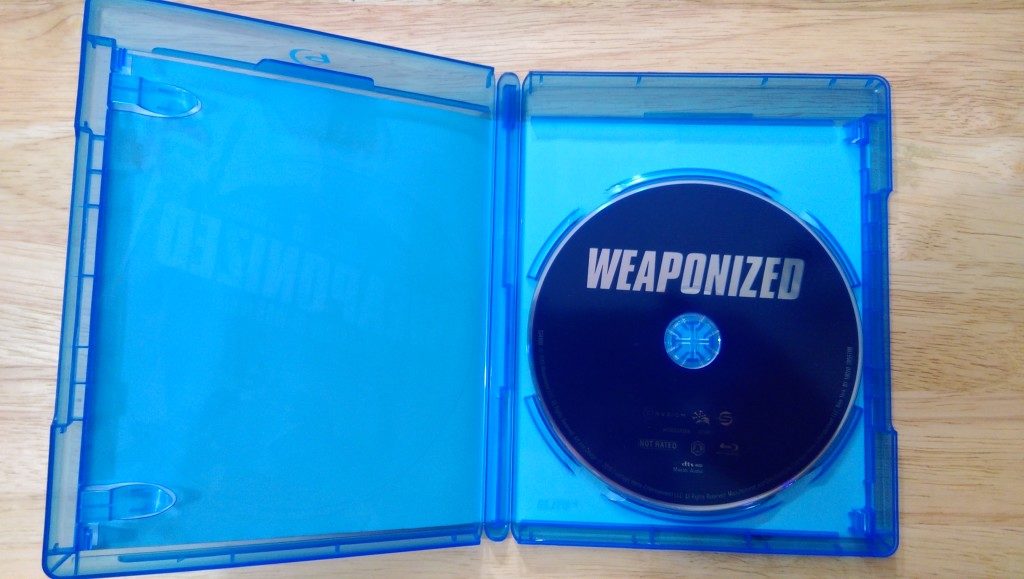 Whether Weaponized deserves a purchase should really depend on the other types of movies you buy.  If you enjoy some lower budget action movies where the good things are done well and the bad things are so awful that they make you laugh, then this one will be no different.  I can safely say I will watch this film again when the call for a good popcorn movie is needed.  The picture quality is great, the acting goes from good to bad to head scratching, but overall it is still a fun time.

I normally have certain criteria for how much I will spend on a new release for blind buys.  I’ll admit I actually spent over my usual budget because this one looked like such a fun review after seeing the trailer.  I ended up getting it for $15 and would suggest around the $10 mark due to the lack of special features and packaging, but taking into account some replay-ability.