First seeing a wide reaction in 2016 when it screened at Fantastic Fest, We Are The Flesh emerged into the public eye with divisive reviews from a shocked audience, with takes waffling from utter disgust to unabashed celebration. 25 year old Emiliano Rocha Minter’s film is definitely shocking, on that all seem to agree, but the goals of the film (not to mention it’s execution) require a closer look than the easily offended are willing to give. Hitting the screen with the endorsement of now legendary directors Alfonso Cuarón (Children of Men, Gravity) and Alejandro González Iñárritu (Amores perros, Birdman), Minter’s film (Tenemos la carne in the original Spanish) was quick to draw comparisons to the works of Alejandro Jodoworsky, whose films came to define both arthouse and counter-culture filmmaking in the 60’s and 70’s. However, where Jodoworsky’s goals were always somewhat amorphous, teased just outside the grasp of the most astute viewers; Minter’s film becomes a hammer blow, its goal inescapable and its darkness all encompassing. Unsurprisingly, We Are The Flesh was scooped up for its high definition release by Arrow Video. With a strong track record for presenting foreign cinema to the American market with style and substance, Minter’s film seems like the perfect fit for Arrow’s distribution approach. How does this dark film fare? Let’s dive in.

Two siblings meander in a post-apocalyptic hellscape before coming across Mariano (Noé Hernández in a career defining role) who, despite a lack of apparent means, is able to provide food, fuel, and shelter to the wayward youths. Urging them to work for him to earn their keep, Mariano and the two siblings manage to construct a craggy cave out of tape and cardboard in which to house themselves. As they work, Mariano casts a spell of desire over the sister, Fauna (María Evoli), and a spell of disgust over her shy brother Lucio (Diego Gamaliel). By the conclusion of the first act, Mariano manages to compel the siblings into acts of depravity unimaginable in the society they’ve left behind. As the film lumbers on, the three form a family unrecognizable by our standards, but strengthened through ever more transgressive acts of perversion. As more and more persons find themselves drawn into the cave in which the three writhe, a horrific climax of vileness delivers the final blow to the viewer. 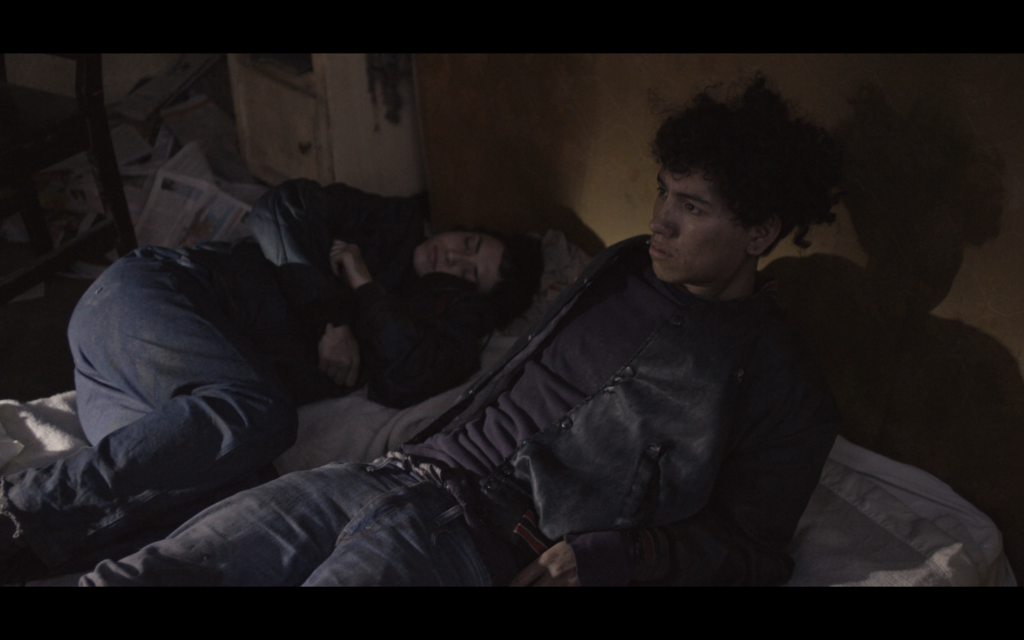 Many have been eager to draw comparisons between We Are The Flesh and Pier Paolo Pasolini’s Salò, or the 120 Days of Sodom, but there are some distinctions one should draw before moving on. Where Salò is pointedly political, that is to say that it is concerned with the devaluation of the body under fascism; We Are The Flesh is a more general indictment of the entirety of social-economic life and culture within Mexico. This goal is expressed through the almost meandering nature of the protagonists, wandering between scenes and soliloquies without purpose or direction. To that end, We Are The Flesh is surprisingly successful in its condemnation of larger societal issues. The shock of many of the film’s more extreme scenes, of which there are many, serve only to find us more and more engaged with the point of view that Mariano espouses in dashes throughout the film: his perversion is seen not only as symptomatic of the world left behind, but also inevitable in the absence of a society with boundaries established and enforced.

We Are The Flesh arrives in a stunning presentation courtesy of Arrow Video.  The negative, provided by the director himself, delivers a stunning, detail-rich experience from start to finish with few flaws to detract from the experience. Shot on a Red Epic (Dragon), this level of fine detail should come as little surprise. The only drawbacks to the presentation come from shifts in the color gradient overlay. As the film oscillates between murky afternoon and bright, almost neon, lighting effects, shift in color balance can lead to some loss in detail, particularly in distance shots. Extreme blacks, on the other hand, are universally sharp. Close-ups are especially intense as the detail is nearly flawless, allowing the long takes to urge the viewer to explore the totality of the images Minter choose to hold on. 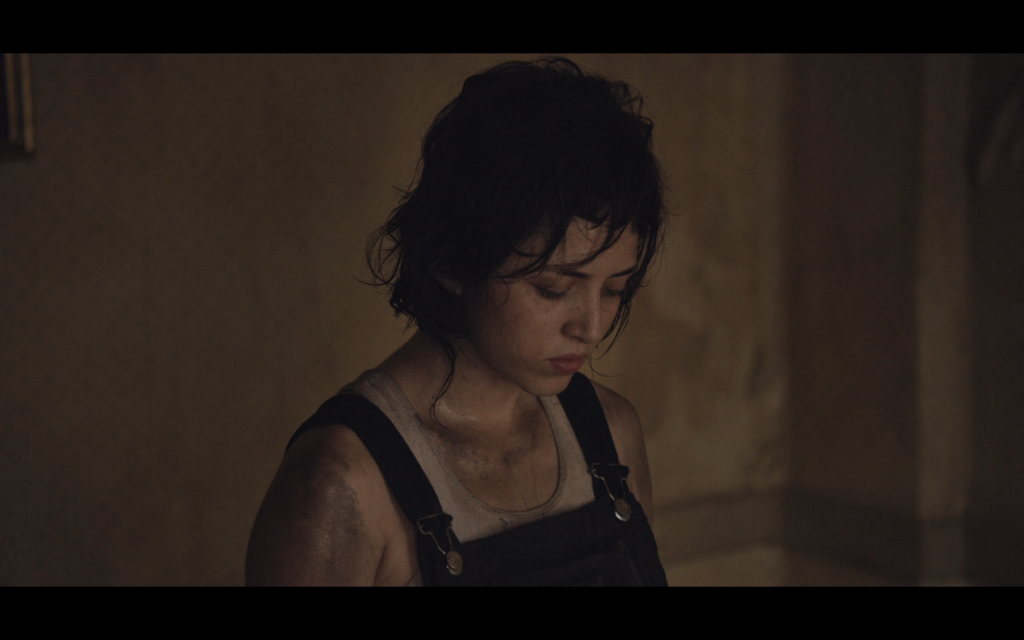 Nearly as impressive as the visuals is Arrow’s audio presentation for We Are The Flesh, arriving with both a 5.1 surround track and the original stereo presentation as experienced in theaters. The surround sound track is very effective in the moments where Minter allows his effects to explode forth, enveloping the viewer in a way that enhances the shock of the scene depicted, but by and large We Are The Flesh is a quiet film and much of the ambiance could stand a minor increase in levels. This is a nitpick, but still a noticeable one. The stereo track doesn’t have any glaring differences from the overall approach seen in the 5.1, but is still a worthy companion to the film for those without surround sound. 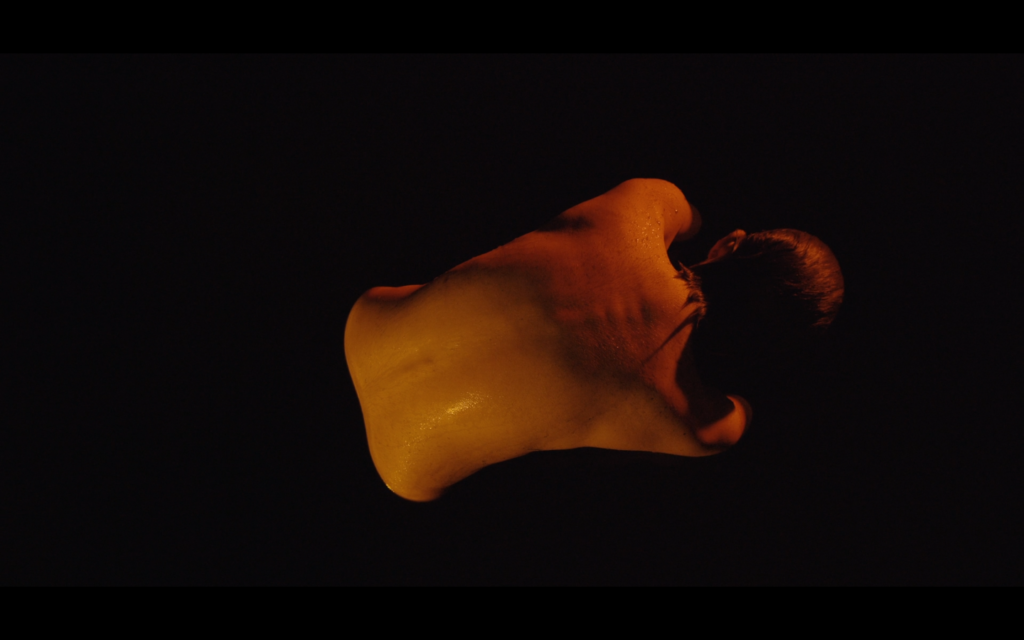 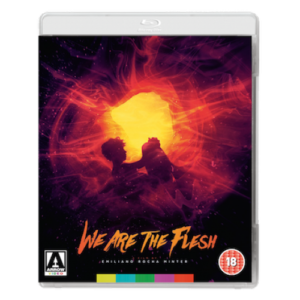 While less comprehensive than many other Arrow releases, the features included for We Are The Flesh do an admirable job fleshing out the film’s motivations and methodology. Of particular note is the interview with film critic Virginie Sélavy who does a remarkable job breaking down the film into more relatable terms. For those of you perplexed by the film, this interview is absolutely vital to enhance one’s experience and I strongly encourage a viewing right after finishing the film if you find yourself unclear on some of the more heady philosophical themes at work. In addition, two of Minter’s short films (Dentro and Videohome) are included if you’d like to explore some of the director’s earlier efforts which shed a little insight on his approach to We Are The Flesh. On a whole, there isn’t a wealth of content here to choose from, but what is included is all very strong and lends itself well to helping those struggling with the film’s meaning. From Arrow’s database: 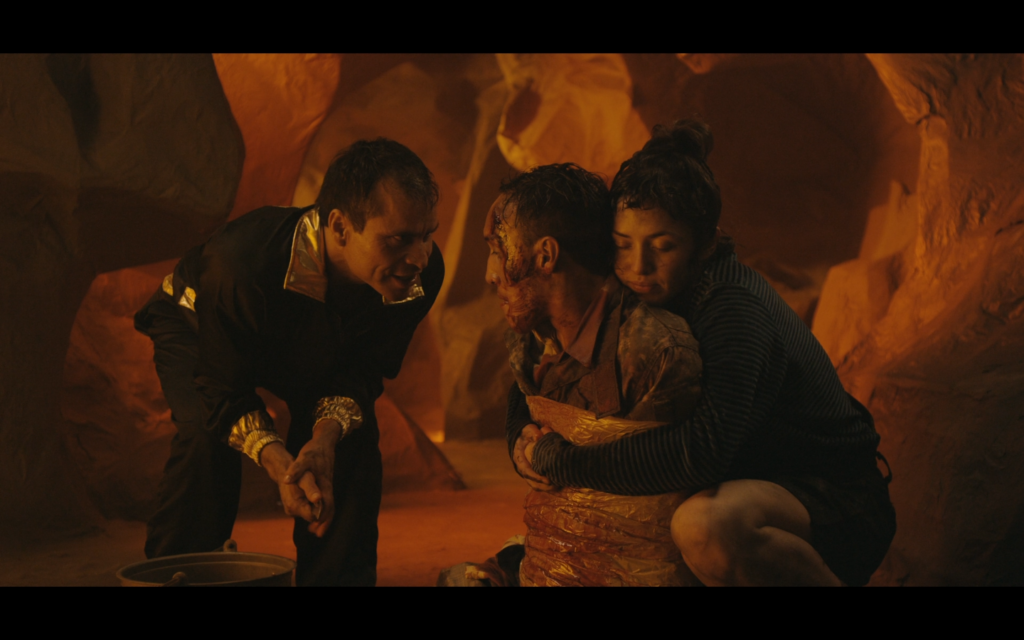 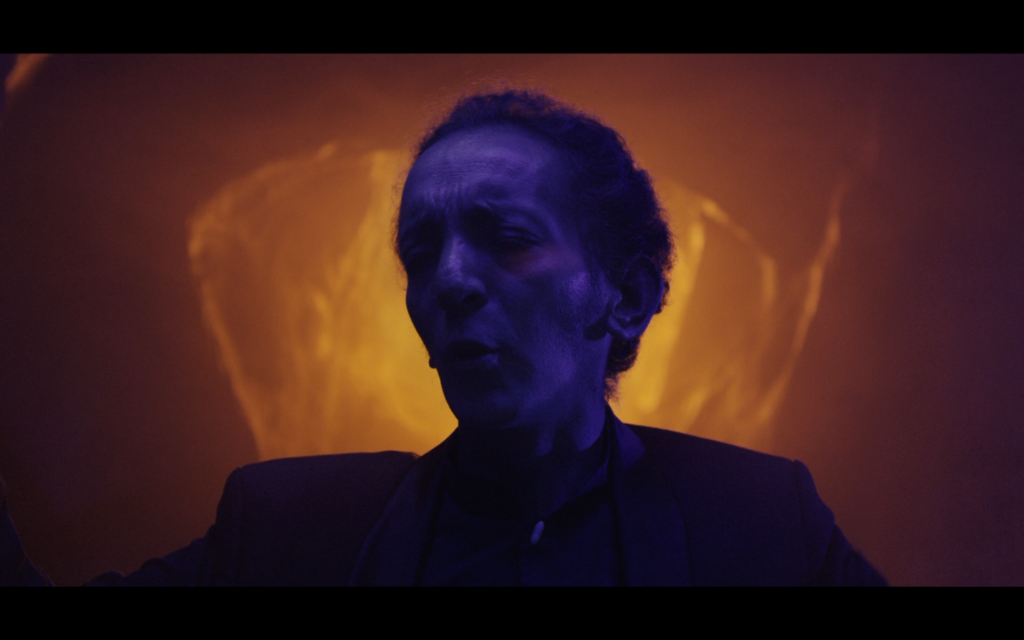 There is thought, care, and talent behind the camera as well as in front of it with We Are The Flesh. What could have easily slid into the realms of shock and smut instead subverts viewer expectations by exposing far more grandiose criticisms underneath the surface narrative. That isn’t to say the film is easily digested, far from it, as this film is chock full of scenes to make the stomach turn and the eyes shut. Further, viewers looking for a more traditional horror narrative will be sorely disappointed. What We Are The Flesh lacks in traditional scares it more than makes up for in dread and disgust, and in this sense it most definitely belongs in the collections of those who love their trips to the arthouse dripping with blood.  Emiliano Rocha Minter arrives with this tremendous film, we are all on notice.