Waterworld is a 1995 American post-apocalyptic science fiction action film that was directed by Kevin Reynolds and co-written by Peter Rader and David Twohy. It was based on Rader’s original 1986 screenplay and stars Kevin Costner, who also produced it with Charles Gordon and John Davis. It was distributed by Universal Pictures.

The setting of the film is in the distant future. Although there is no exact date given in the film itself, it is suggested that it takes place in 2500. The polar ice caps have completely melted, and the sea level has risen over 25,000 feet, covering nearly all of the land. The plot of the film centers on an otherwise nameless antihero, “The Mariner”, a driver who sails the earth on his trimaran.

The most expensive film ever made at the time, Waterworld was released to mixed reviews from critics, praising the futuristic setting and premise but criticizing the characterization and acting performances. The film was also unable to recoup its massive budget at the box office; however, the film did later become profitable due to video and other post-cinema sales. The film was also nominated for an Academy Award in the category of Best Sound at the 68th Academy Awards. 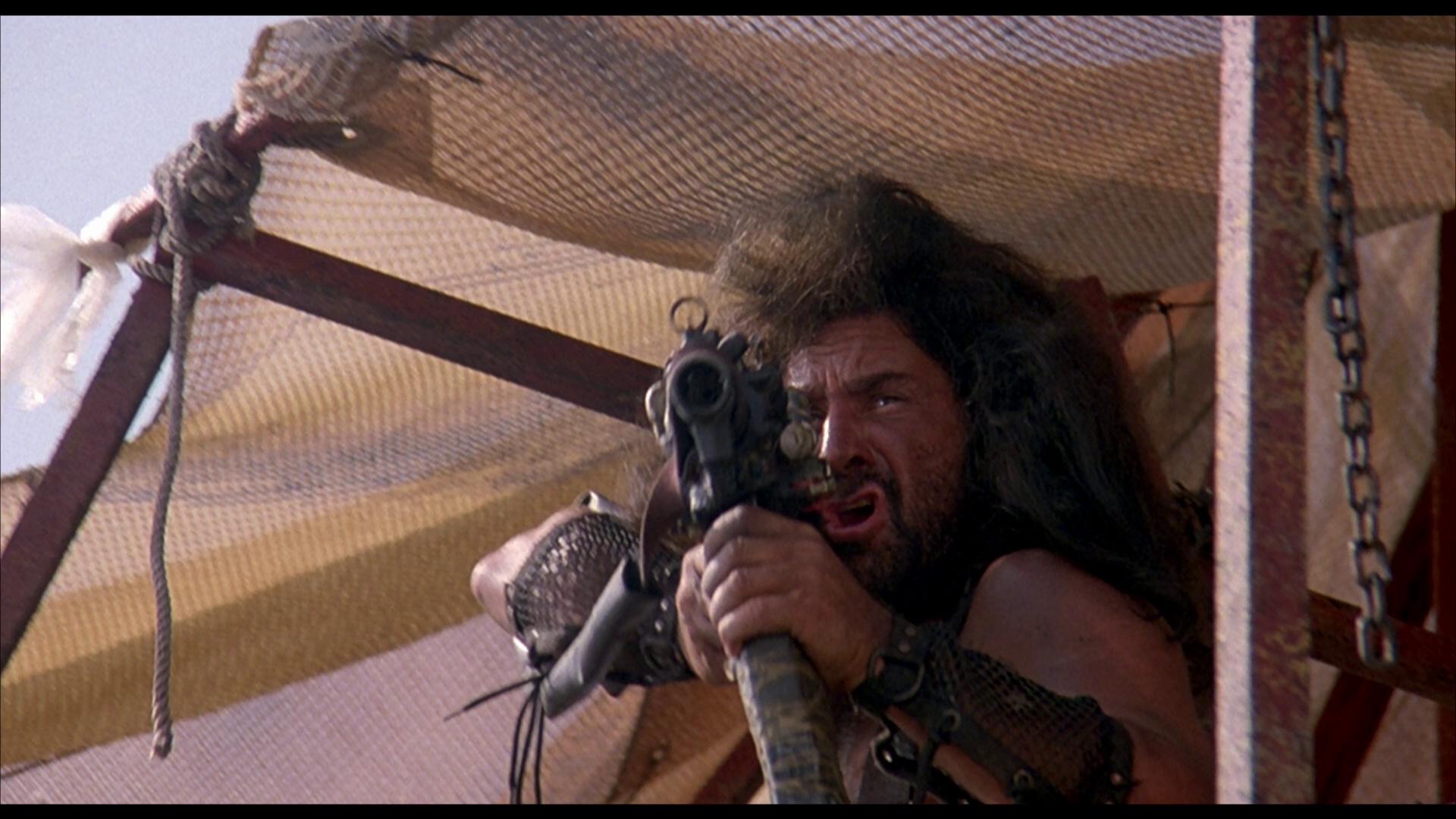 Receiving a lot of hate during its theatrical run, Waterworld is a movie that I had personally grown up enjoying, and to finally pick it up on Blu-ray is something that’s been a long time coming. Being that it’s easily been 20 years since I’d last watched it, I really looked forward to sitting down and sharing this experience with my wife as she’d never seen it before. It’s a fun adventure film, loaded with a variety of some decent and some silly moments as we join The Mariner on his adventure toward dry land; it’s definitely one that I believe anyone who enjoys a light-hearted adventure film will be able to enjoy too. 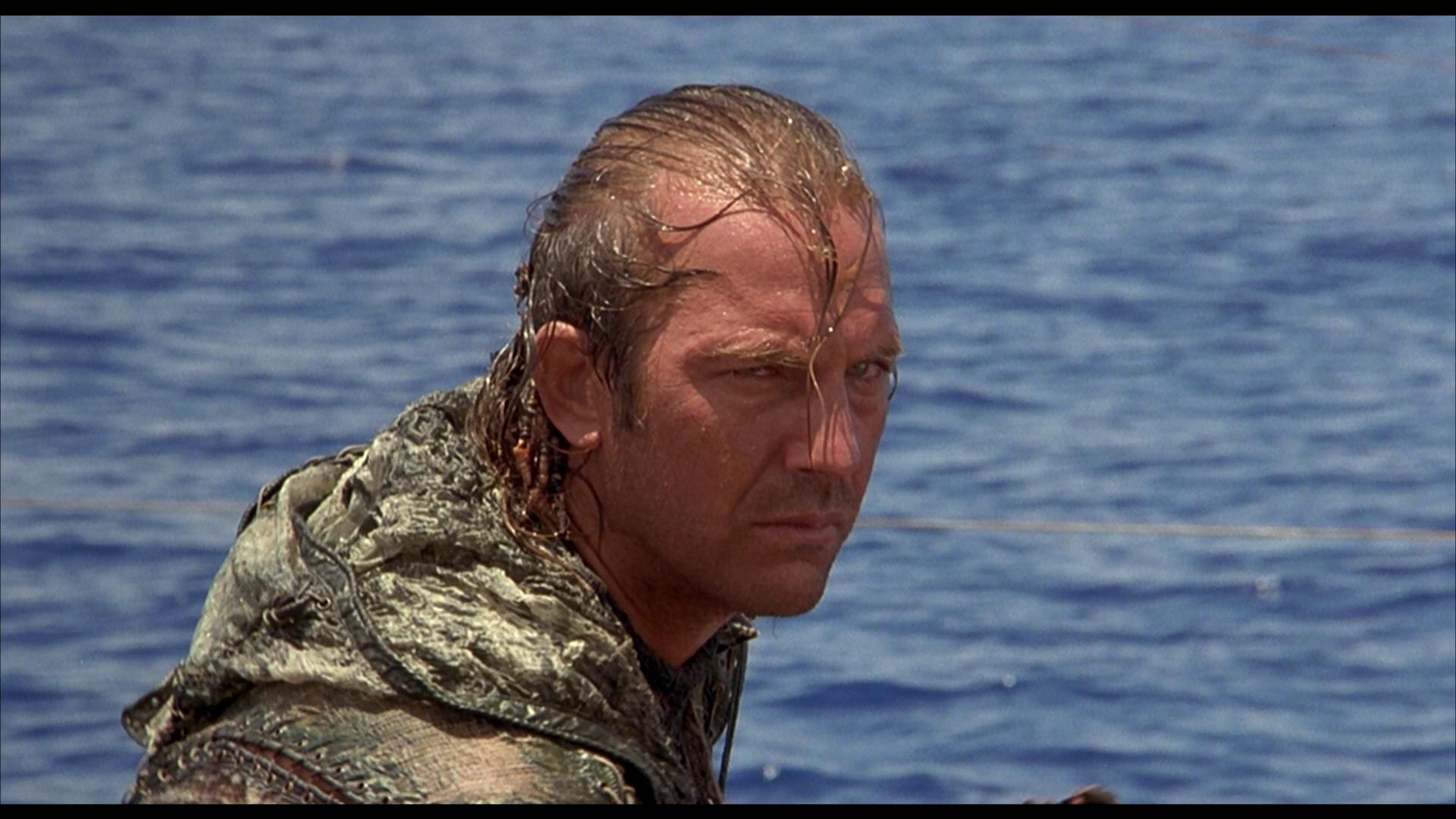 Offering a considerably fresher image than I remember it having, especially with it being presented in 1080p, Waterworld looked absolutely beautiful as it played out across my living room television.  Giving audiences a sharp look into this post-apocalyptic world, the various scenes that do take place on the wet horizon really shine the best with this release.  I did have some issue with the scenes that took place in these makeshift docks, as they could have been cleaned up a lot better; however, they really don’t deter from the overall experience visually. 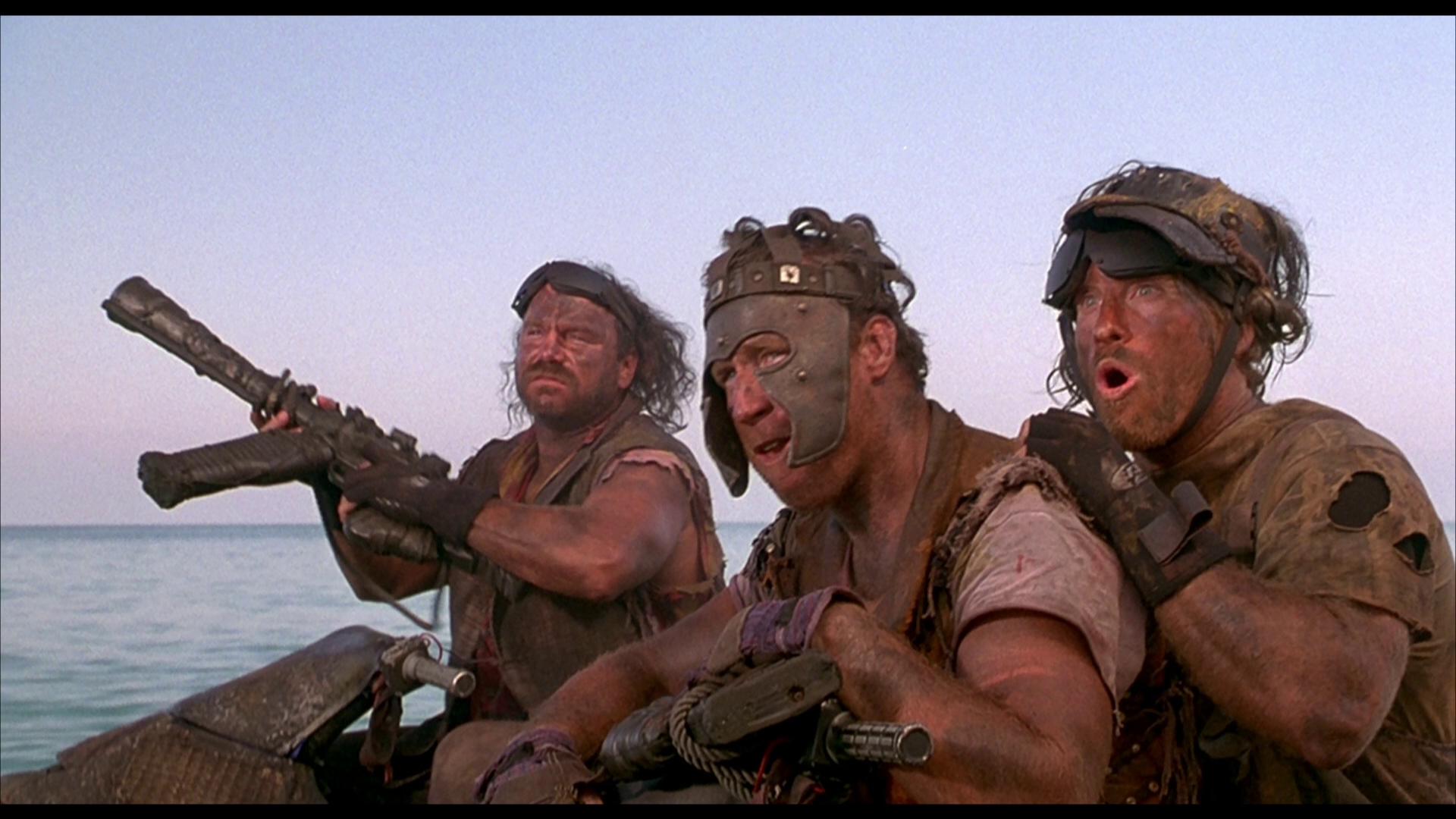 Packaged with a DTS-HD Master Audio 5.1 mix, Waterworld does everything that it can within its power to offer an all out immersive experience for its viewers.  While it boasts a considerably powerful presence from all channels that are utilized, I think this release would have fared a lot better had it included the surround channels as it would have done a much better job at placing the audience right into the middle of the story action respectively.  However, despite its lack of surround channels, it does powerhouse through a home theater system; and the dialogue is spoken clearly enough that it allows for everybody to be heard and understood without having to manually adjust the volume levels as the movie progresses onward. 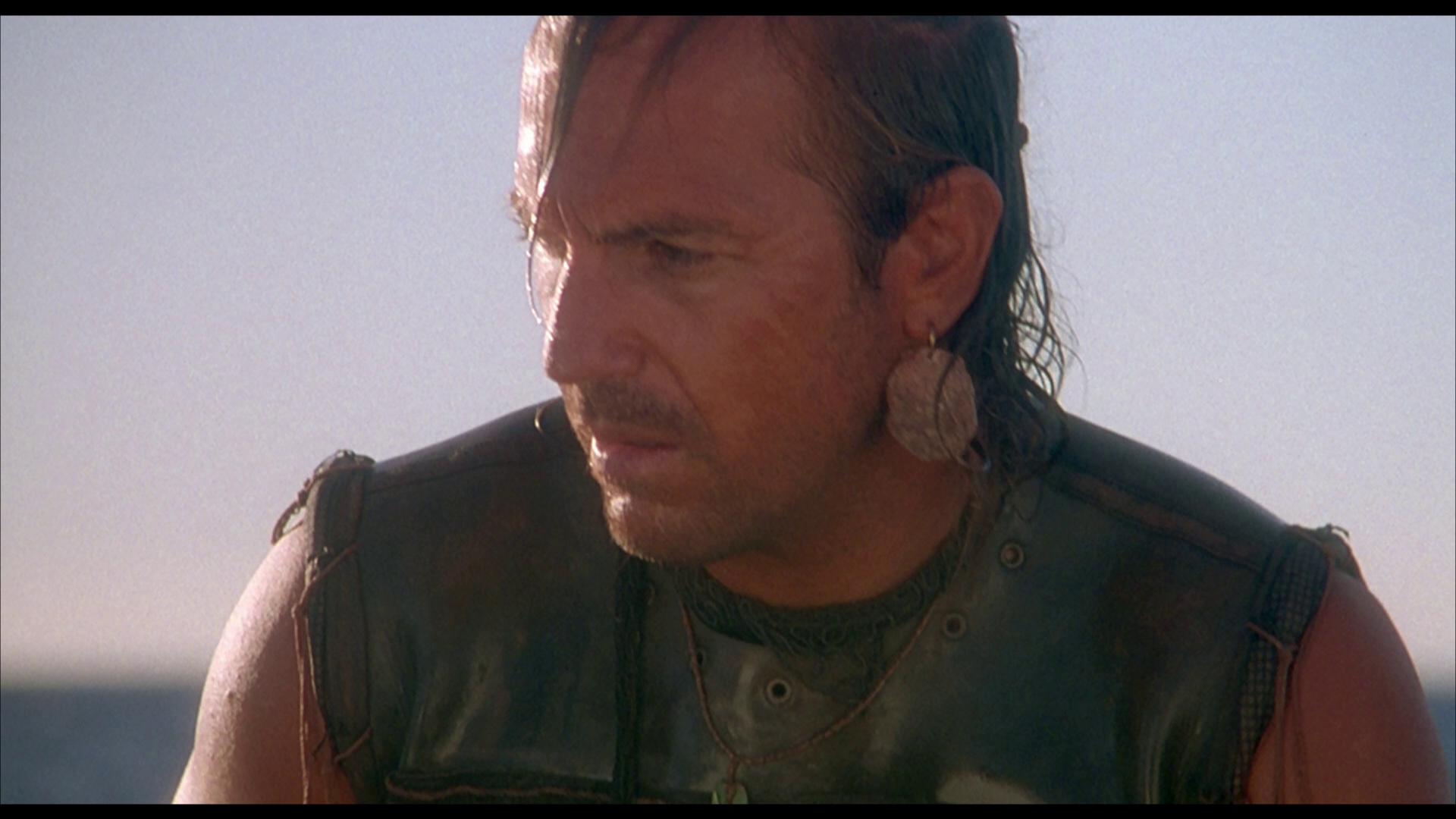 The Blu-ray release of Waterworld comes packaged in your standard single-disc Blu-ray amaray case.  Within that case is the standard Blu-ray copy of the movie, the disc featuring absolutely no artwork that’s related to the movie outside of the standard release text.  There are no DVD copies of the movie included with this release, nor are there any digital copy redemption pamphlets included.  There are also no slipcovers available with this release. 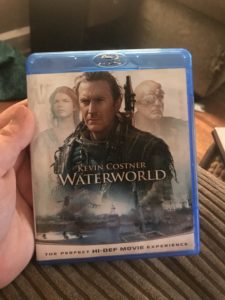 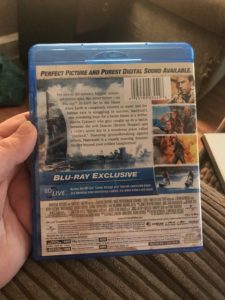 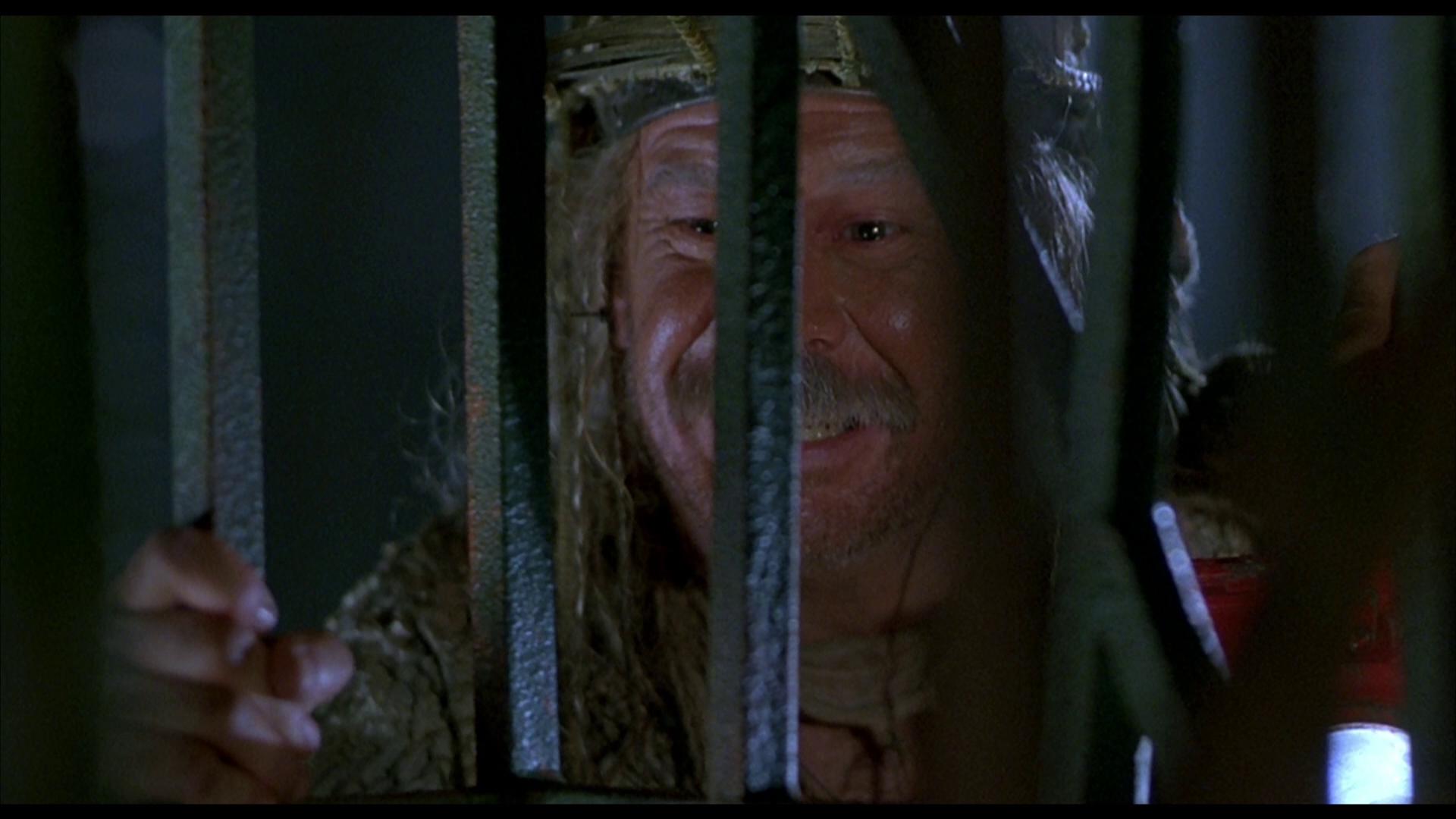 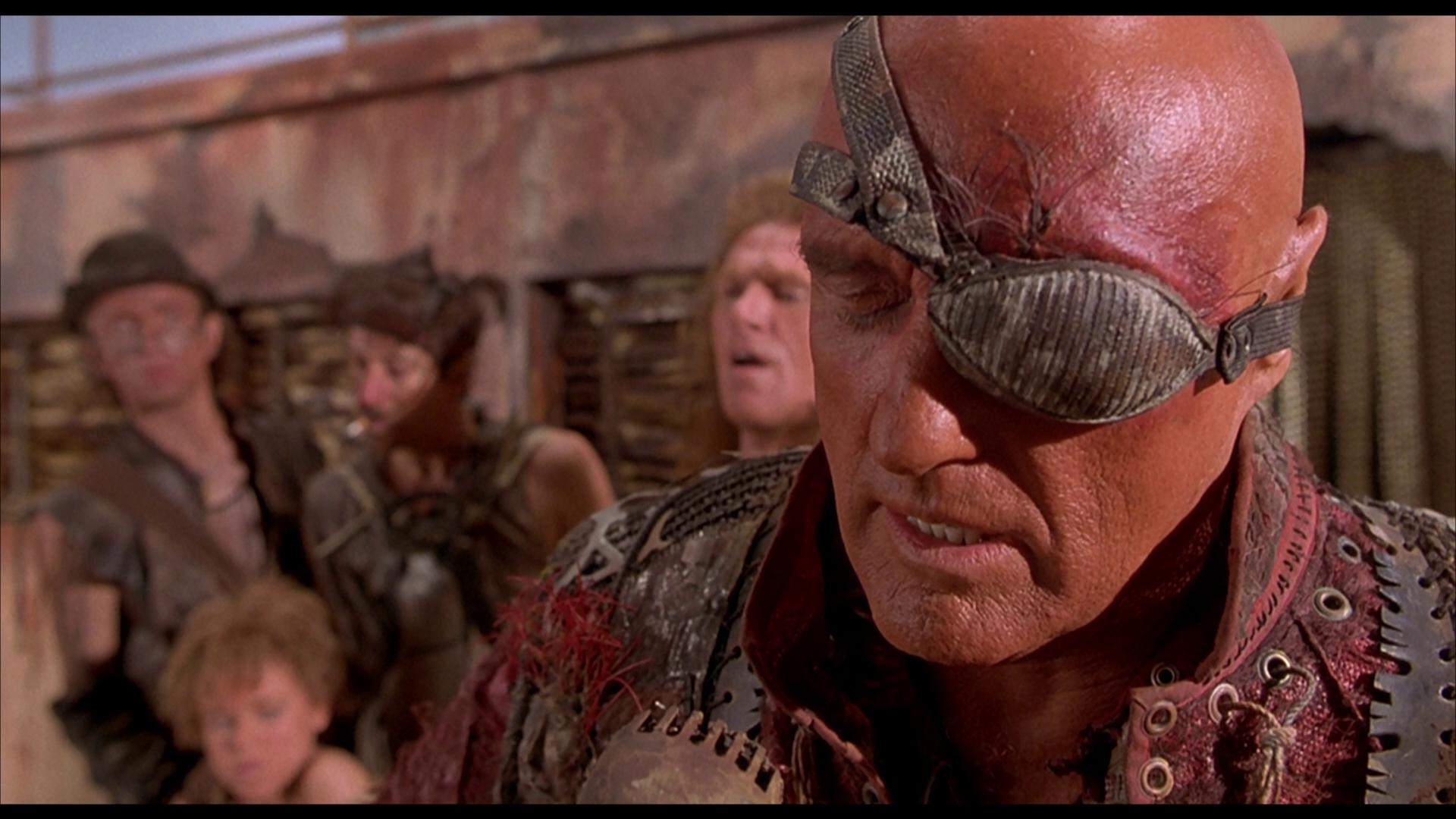 As you can see, Waterworld is a movie that I personally grew up with.  Last seeing it on VHS back during my youth, I was really excited to add this release to my collection and eventually share the experience with my wife.  Overall, the presentation of the Blu-ray release was right on par with what you would have expected with a standard Blu-ray release.  The audio track would have fared significantly better had the opted the include the surround channels; however, beggars can’t really be choosers with a budget release like this.  The visual presentation of the Blu-ray release was, for the most part, simply jaw dropping and shined on my television, despite the few visual discrepancies that I felt during the “on land” sequences.  Special features are practically nothing on this release as it does come packaged with the theatrical trailer for Waterworld and nothing else.  If you’re considering grabbing this release for your collection, I’d definitely recommend it if you can pick it up on the cheap like I did; and if you grew up with this movie as well. 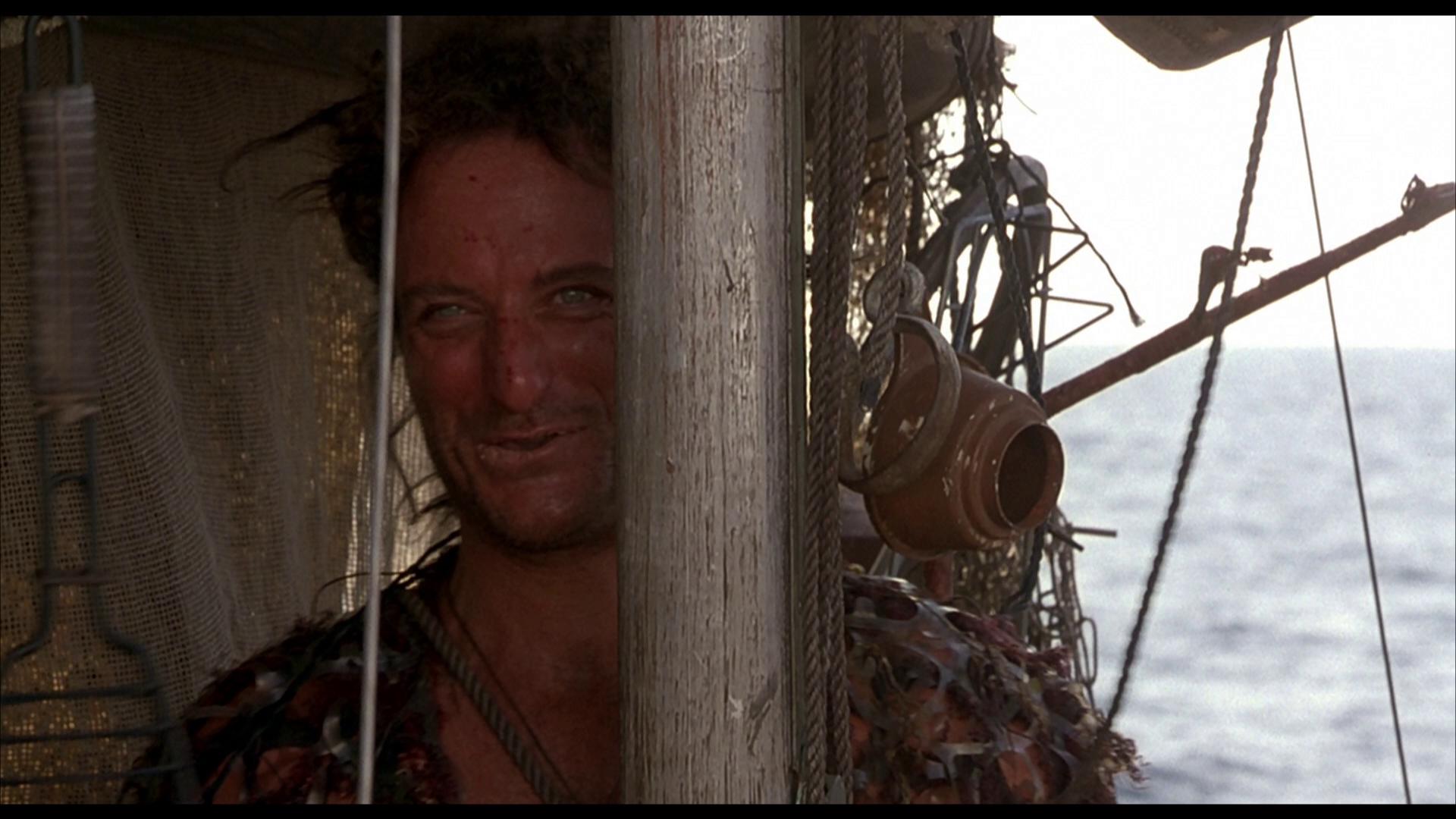