Warcraft, or as it’s alternatively known as, Warcraft: The Beginning, is an action-fantasy film that was directed by Duncan Jones.  Based on the video game series and novels under the same name, the story takes place within the fantasy world of Azeroth.  Portraying the initial encounters between the humans and the orcs, we get to see various scenes take place in a variety of locations that were originally established in the video games.

Originally announced in 2006, Warcraft made its US theatrical debut in June 2016.  Despite receiving several negative reviews and a pretty poor box office experience after its release, the film grossed $433 million worldwide, allowing it to surpass Prince of Persia: The Sands of Time as the highest-grossing video game adaptation of all time, although it is still considered to be a financial disappointment based on its $160 million budget and likely high marketing cost. 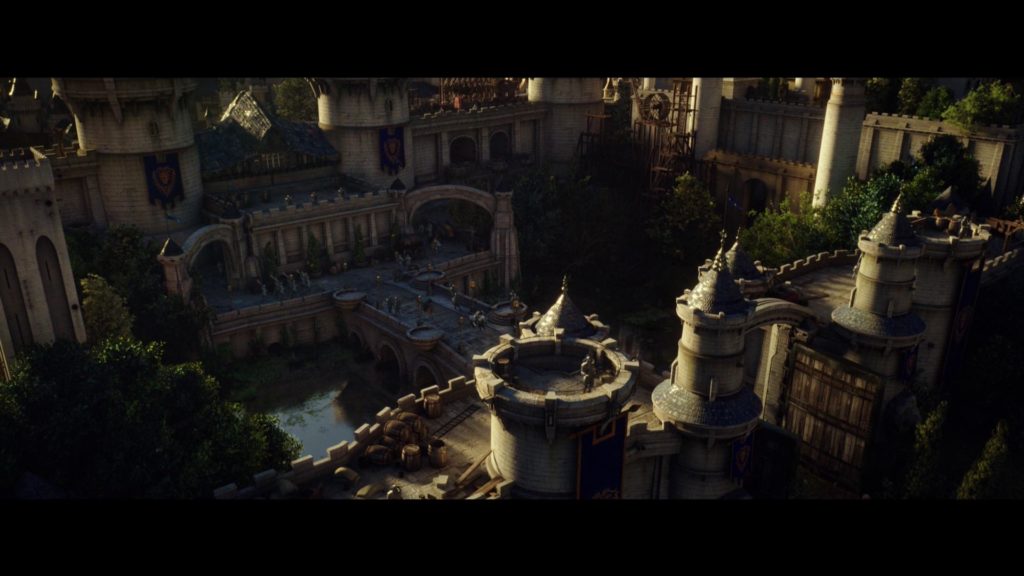 After watching Warcraft, I couldn’t help but feel a little bit nostalgic because I had played the original games throughout my childhood and a little bit of World of Warcraft when it had first been released.  While I didn’t get too involved with the MMORPG, I loved the RTS games and seeing some of the characters from those games on the screen really hit home.  However, with all of that said, this movie wasn’t really good at all.  The story that it presented felt really bland to me.  I don’t know if it is because I’ve been out of touch with the video game series for quite some time, but I felt really bored as I watched this movie.  Sure it was visually appealing, which I’ll get more into in the next section, but I really didn’t care for it all too much. If you have been following the games for a long time, and are super fan of WoW, you will probably enjoy this movie, as it serves as a prequel to the games. However, if you are in unfamiliar territory when it comes to World of Warcraft, this is probably not the best choice, as it is a below average fantasy drama. There are better options out there. 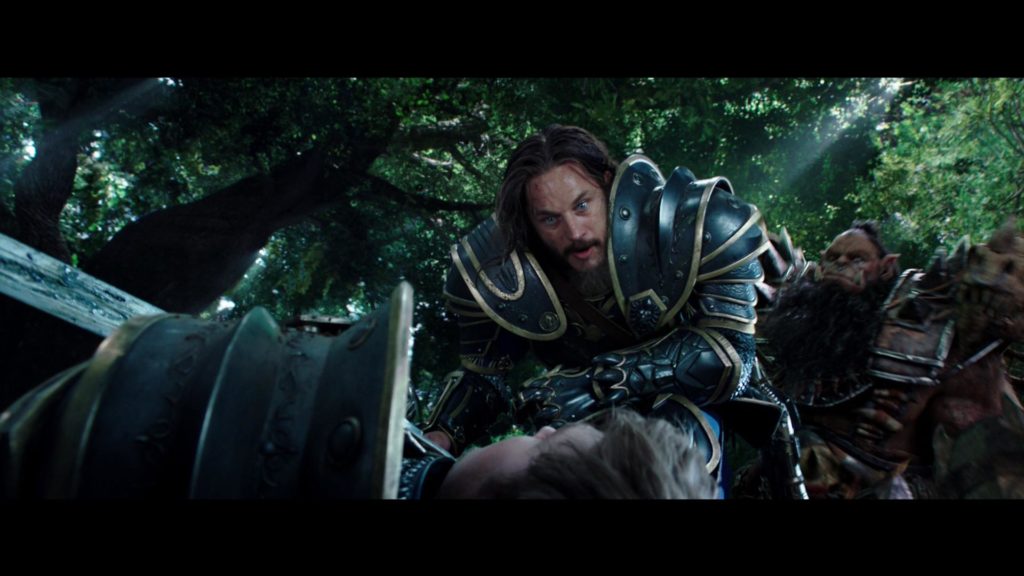 Despite finding myself struck with boredom as I watched Warcraft, this film looked absolutely beautiful in 2160p.  The use of CGI throughout was really well done, as it really made the sequences feel real.  It really allowed for the orcs feel as if they really existed.  The scenery of the different locations on Azeroth looked stunning, and looked exactly as I had pictured it as I played the earlier games all those years ago. However, this is another title that was shot at 3.4K, and finished with a 2K master for theaters. The heavy use of CGI, which is rendered at 2K no matter what the film’s resolution is, also means that the 4K likely is not much of an upgrade over the Blu-ray.

The use of HDR in this film really shined in this fantasy world, so if you’ve got a 4k setup running HDR, definitely grab the UHD of Warcraft. There have been other reviews which talk about the HDR color being off-putting, we did not see that here. It is different, for sure, but Director Duncan Jones likely had a vision of how he wanted his world to look, and if that is the way that HDR portrays it, then that is his vision and it stands as the official color scheme of the film. Any complaints would be a matter of personal taste, so let us know what you think when you check this one out versus the regular Blu-ray. 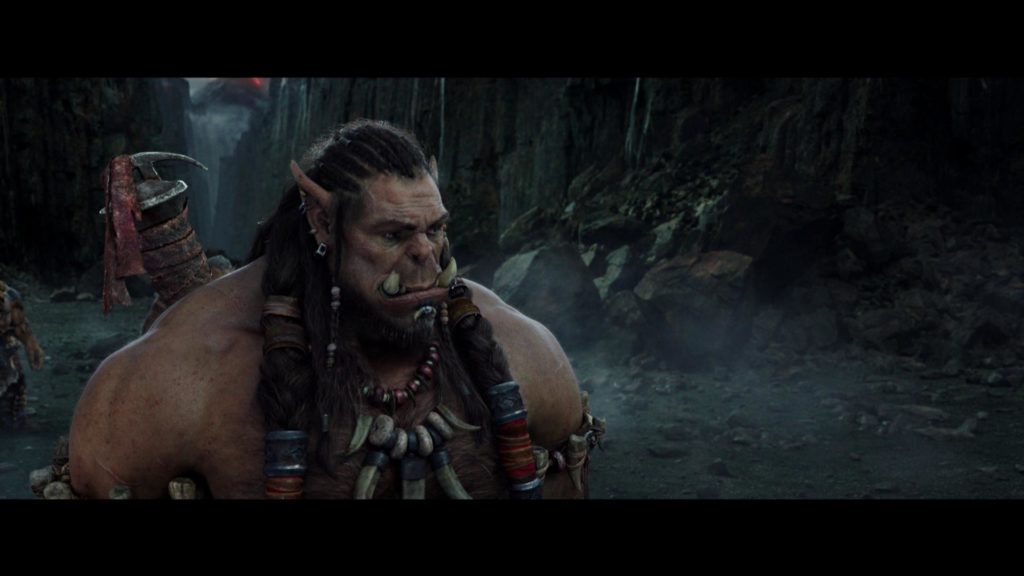 Coming fully packaged with a Dolby Atmos audio track, Warcraft was an amazing audible experience.  Being able to hear everything from the camps to the kingdoms, to the battle scenes from all angles allow for an extremely immersive experience and it felt exactly like it did throughout my childhood as I played the video games and my imagination was at work.  The sounds that roared through my Prime Satellite speakers from SVS as they sit right behind my head allowed me to feel as if I were standing right in the corner of everything! If you do not have Dolby Atmos technology as of yet, the audio will be down mixed to a Dolby TrueHD 7.1 or 5,1 track, which I am sure will be excellent in their own right. 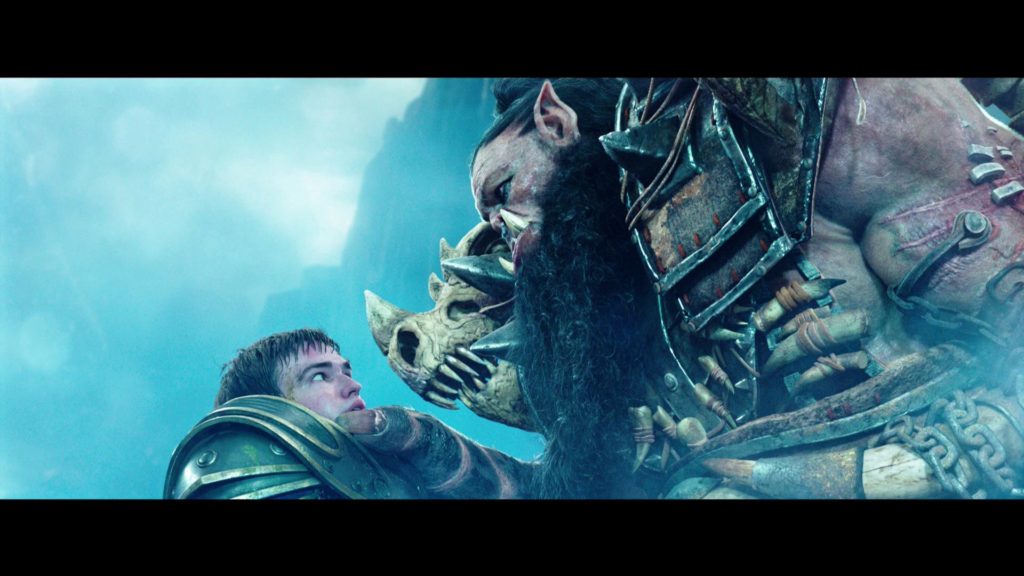 Warcraft comes packaged in your standard UHD amaray case.  Included within the packaging is your 4K UHD Blu-ray disc, standard Blu-ray disc as well as a redemption pamphlet allowing you to add it to your personal digital library  The initial run of this release does include a beautifully printed slipcover with artwork that matches the case art.

Just like the majority of the other 4K UHD releases, they are advertising the special features of the UHD disc to be that of the standard disc specs for 4K.  Boasting about HDR and immersive audio, these should not be listed as special features.  However the included Blu-ray disc includes all of the additional content allowing us to explore into the film further.  Included with this release is: 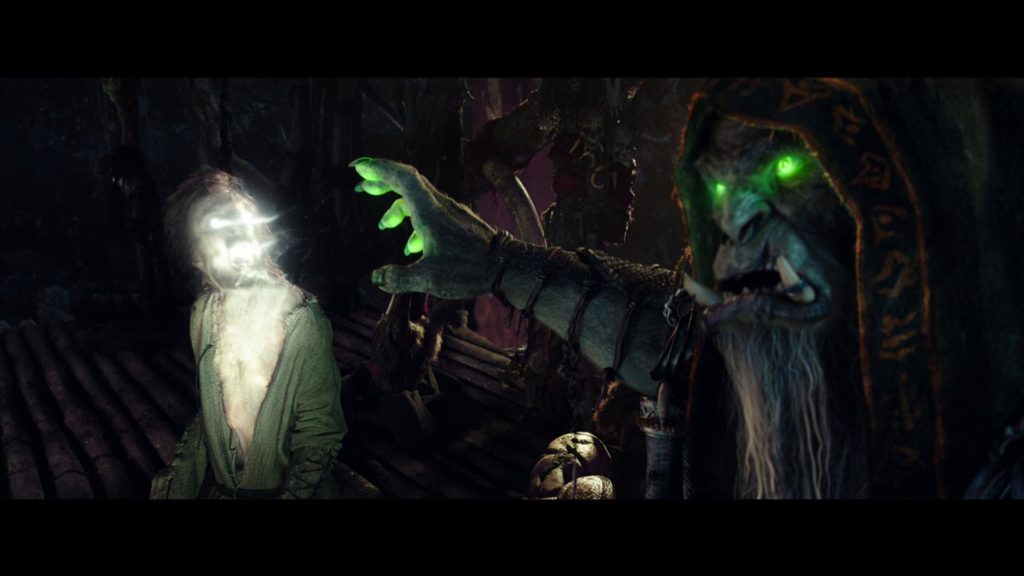 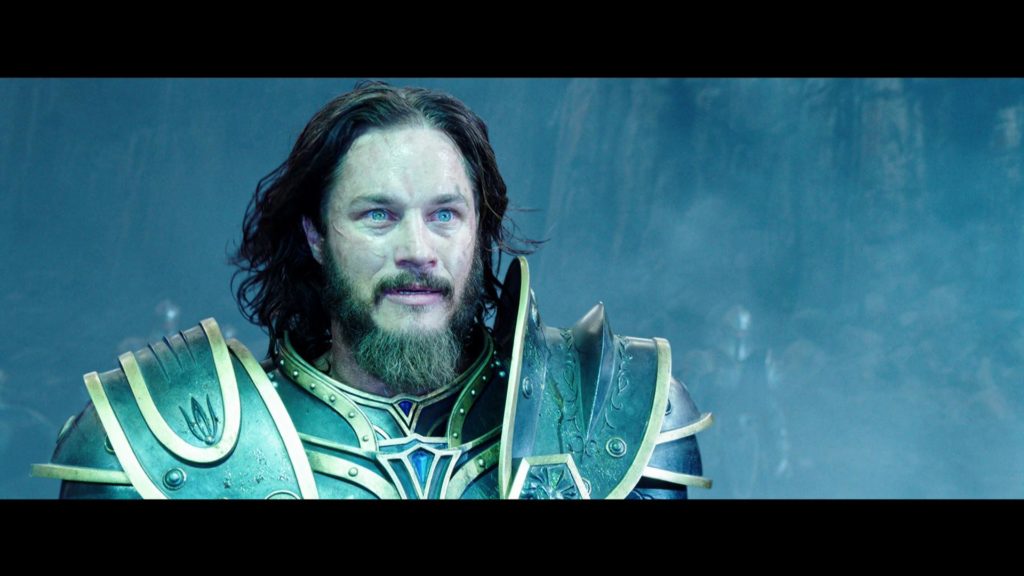 Like I had mentioned earlier on in this review, while watching Warcraft, I felt a little sense of nostalgia as I really enjoyed playing the RTS games that came out throughout my childhood and it was a great experience to see some of the characters that I had grown to love during my childhood acted out on my television.  However, having lost touch with the series after the initial release of the MMORPG, I really wasn’t sure of what I was getting myself into with watching this release.  The general storyline that it had to offer felt really bland and I found myself quite bored with this film.  However when it comes to a visual experience and an audible experience, the UHD release of Warcraft was top notch.  The scenery was beautiful on my 4K HRD set.

After reading through some of the reviews of this film after its theatrical debut, I was hesitant to watch this release.  With the large amount of negative reviews, you can understand that hesitation.  This film wasn’t great, nor was it horrible; I feel as if it will ultimately have a cult following years into the future.  Ben Kendrick of Screen Rant is quoted saying “Warcraft lays an enticing for future installments in the fantasy-adventure series – at the expense of its current cast and story”.  And after seeing this quote, I have to agree with him.  Will they take this concept further or will they just leave it go? We shall see.  However, if you want to check Warcraft out and are 4K capable, definitely grab the UHD release as it will shine on your home setup! 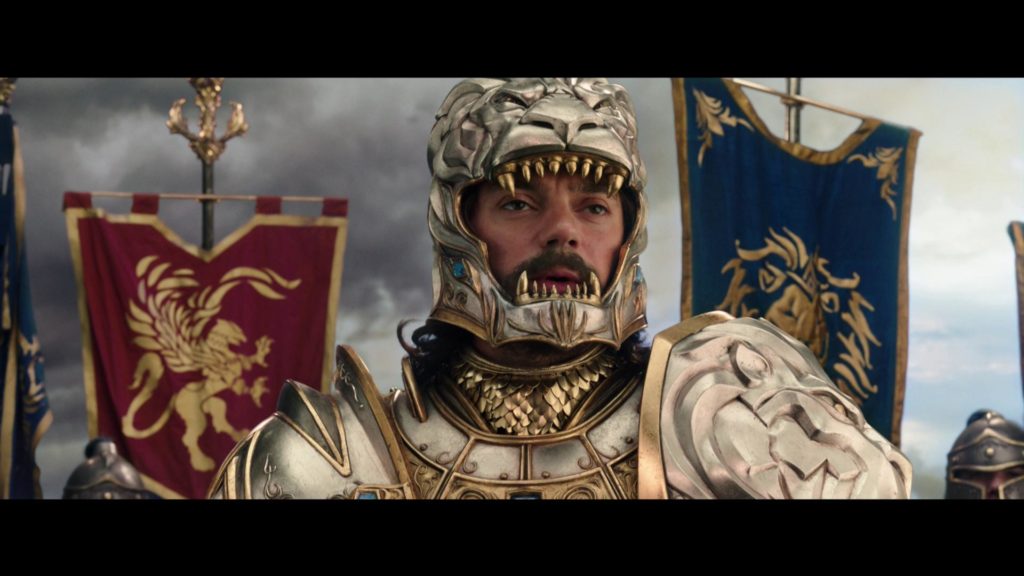