The Walking Dead is an American post-apocalyptic horror television series that was developed by Frank Darabont for AMC that is based on the comic book series of the same name by Robert Kirkman, Tony Moore, and Charlie Adlard. Andrew Lincoln plays the show’s lead character, sheriff’s deputy Rick Grimes, who awakens from a coma discovering a world that’s been overrun by zombies, commonly referred to as “walkers”. Grimes reunites with his family and becomes the leader of a group that he forms with other survivors. Together, they struggle to survive and adapt in a post-apocalyptic world filled with walkers and opposing groups of survivors, who are often more dangerous than the walkers themselves. Much of the series takes place in and around Atlanta, Georgia, and later in Alexandria, Virginia.

The series premiered in the United States on October 31, 2010, exclusively shown on cable television channel AMC and internationally on Fox International Channels. As a result of very favorable Nielsen ratings that rank the show unprecedentedly high for a cable series, AMC has renewed the series each year. Beginning with its third season, The Walking Dead has attracted the most 18 to 49-year-old viewers of any cable or broadcast television series. The series has been renewed for a ninth season which will debut on October 7, 2018.

The series has been well received by critics, although reception has become more mixed as the series has progressed. It has been nominated for several awards, including the Writers Guild of America Award for New Series and the Golden Globe Award for Best Television Series – Drama. 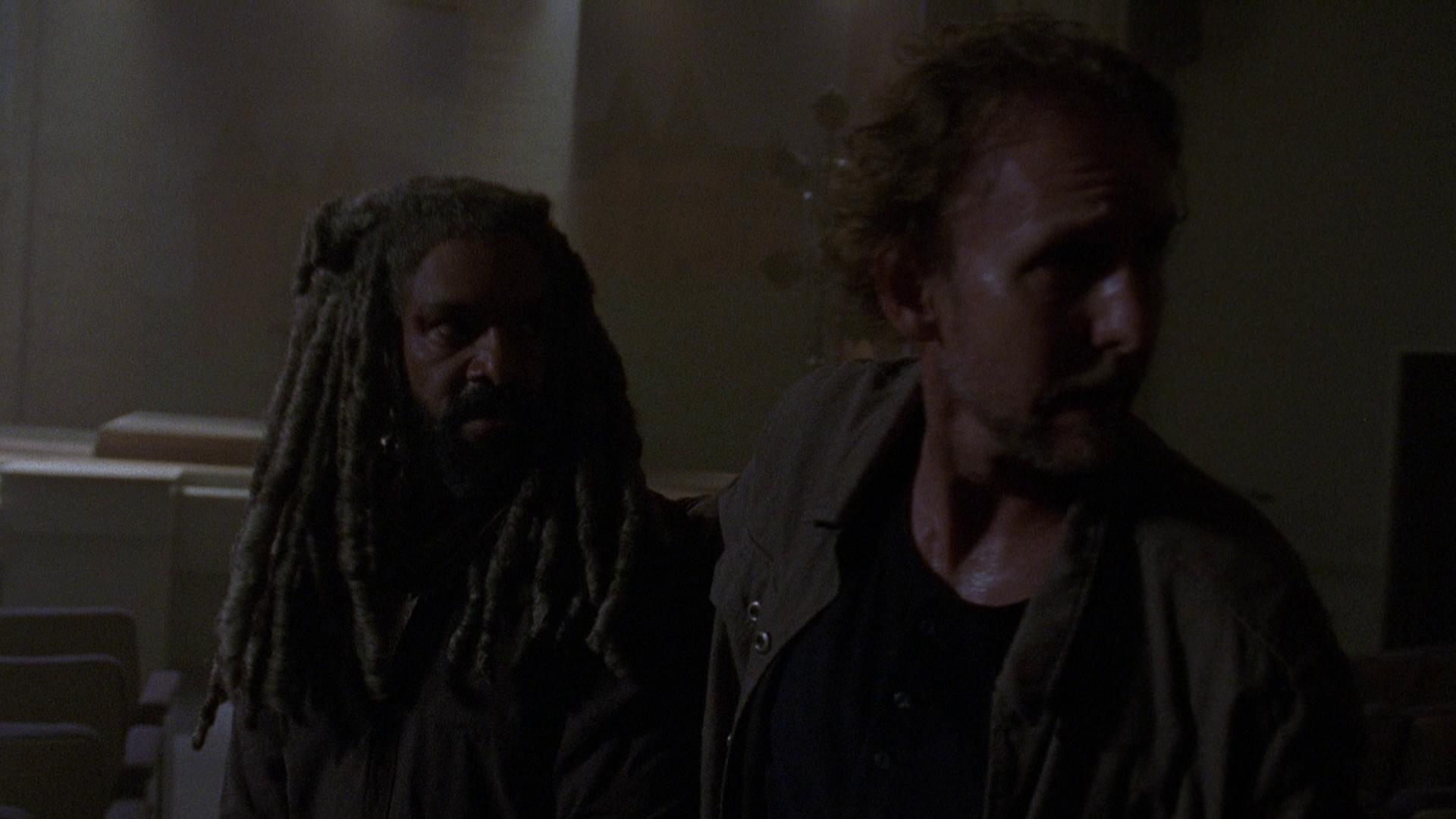 Season 8 of The Walking Dead brings everybody’s favorite group of survivors back into a world of insanity, energizing Rick and his band of survivors as they have made the move to being more active and fighting back. Something that has taken a long while to happen, the season starts off as Rick is bringing ‘All Out War’ against Negan and his group. Taking viewers on a rollercoaster of emotions, this season unfortunately was one of my lesser favorites. While it was something that was good, in theory, to see move onward; there were a lot of episodes that could have been executed better as the season as a whole really lacks progression. Who knows, maybe with the premiere of Season 9 just around the corner, the show may pick itself back up?

Sitting down with this Season of The Walking Dead is the first that I’d seen the series on home media as I’ve been following along as the episodes air.  And let me tell you, the physical format looks a hell of a lot better than its broadcasted counterpart.  Colors are much more richer, the scenes significantly more detailed; visually, this Blu-ray release pulls out all of the stops to make sure that the visual experience is as real as possible. 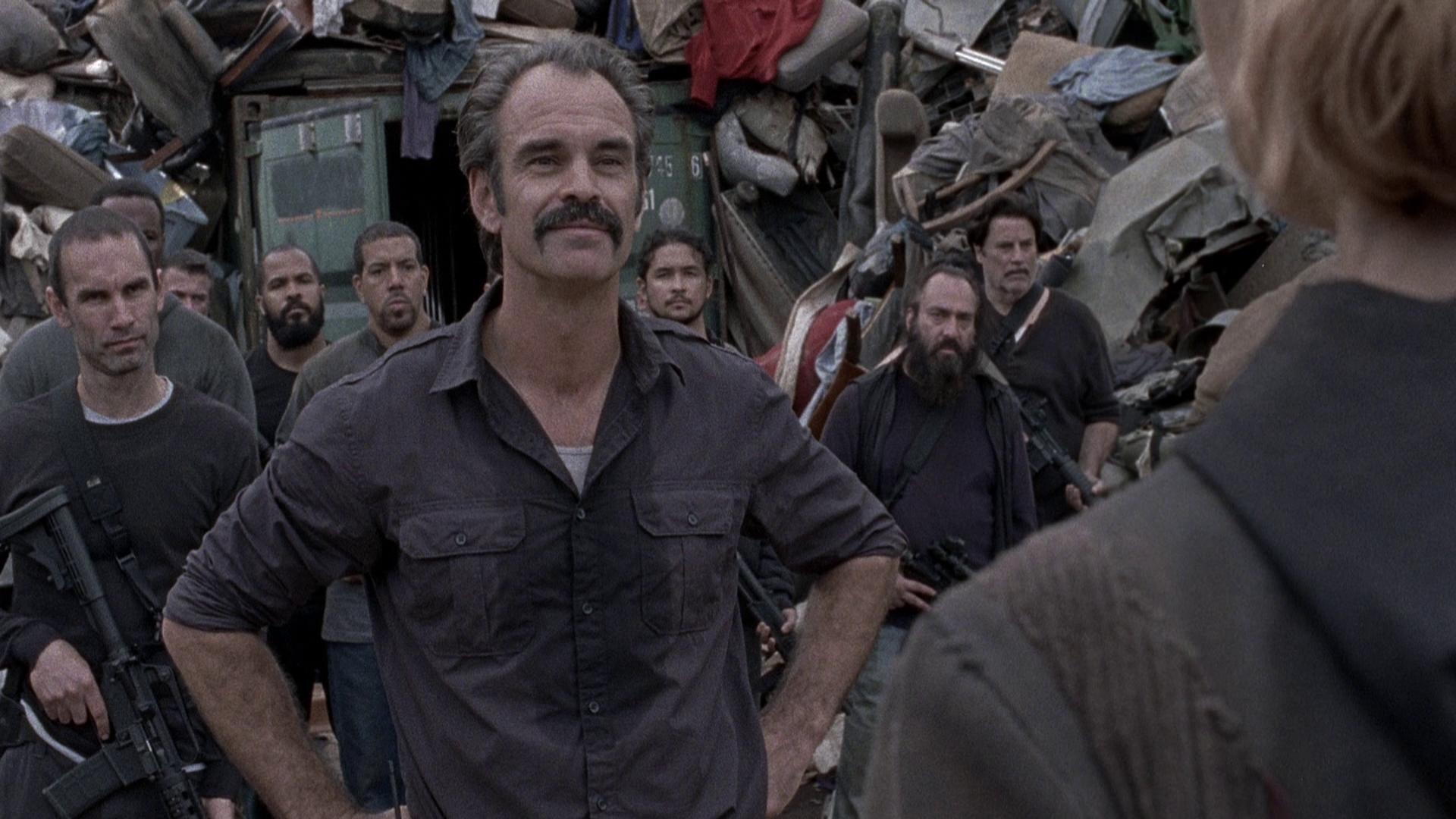 Bundled with a Dolby TrueHD 7.1 audio mix, Season 8 of The Walking Dead offers a near, all out immersive audio experience for its viewers that are able to make use of the technology.  With its awareness of the camera position in relation to the audience that’s sitting in front of the screen, the transitions from channel to channel were smooth, and allowed for absolutely no issues with feeling like you were sitting right there in the middle of everything.  The dialogue is spoken cleanly, allowing for everyone to be heard and understood without having to manually adjust the volume levels as it plays onward. 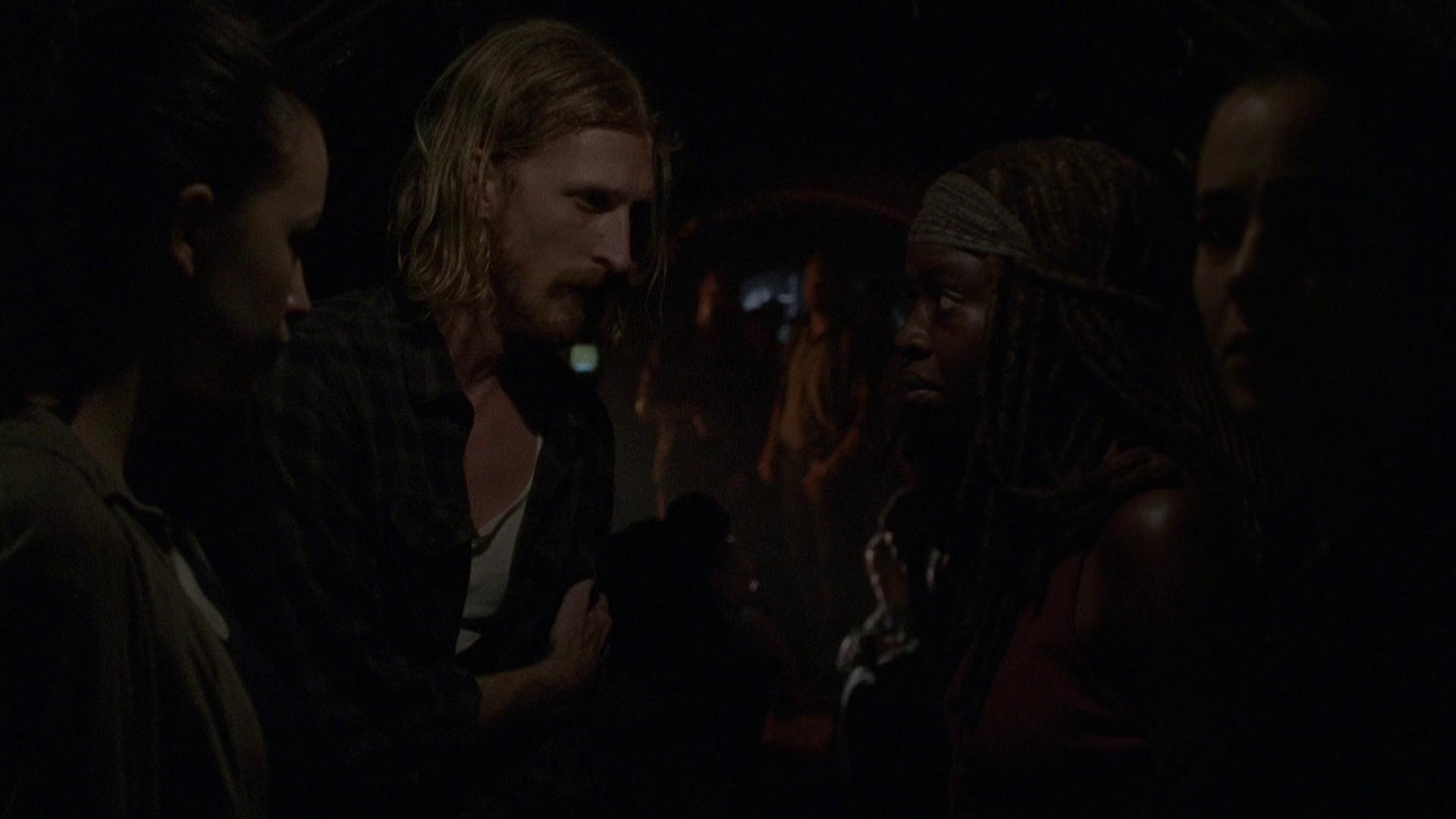 The Blu-ray release of The Walking Dead: Season 8 comes packaged in a five-disc Blu-ray amaray case.  Within that case are the five Blu-ray discs that make up the release, each of the discs featuring a completely different piece of artwork that’s only different from that of the case art, but completely different from one another.  There are no DVDs included with this release; however, TV releases like this rarely include DVDs with their Blu-ray releases. There aren o digital copy redemption pamphlets included with this release; however, there is a slipcover that bears the same piece of artwork that’s been provided on the case. 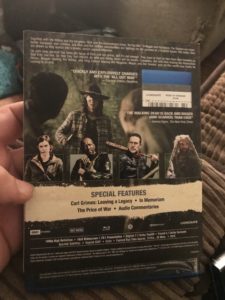 There are only a few additional features that have been included on this Season of The Walking Dead.  The content provided does offer a nice extension to the plot/story that’s been provided with this specific season.  The content offers little to nothing in terms of behind the scenes action; but, I’m wondering if they shared these experiences on earlier releases?  That said, the content that’s been made available with this release is: 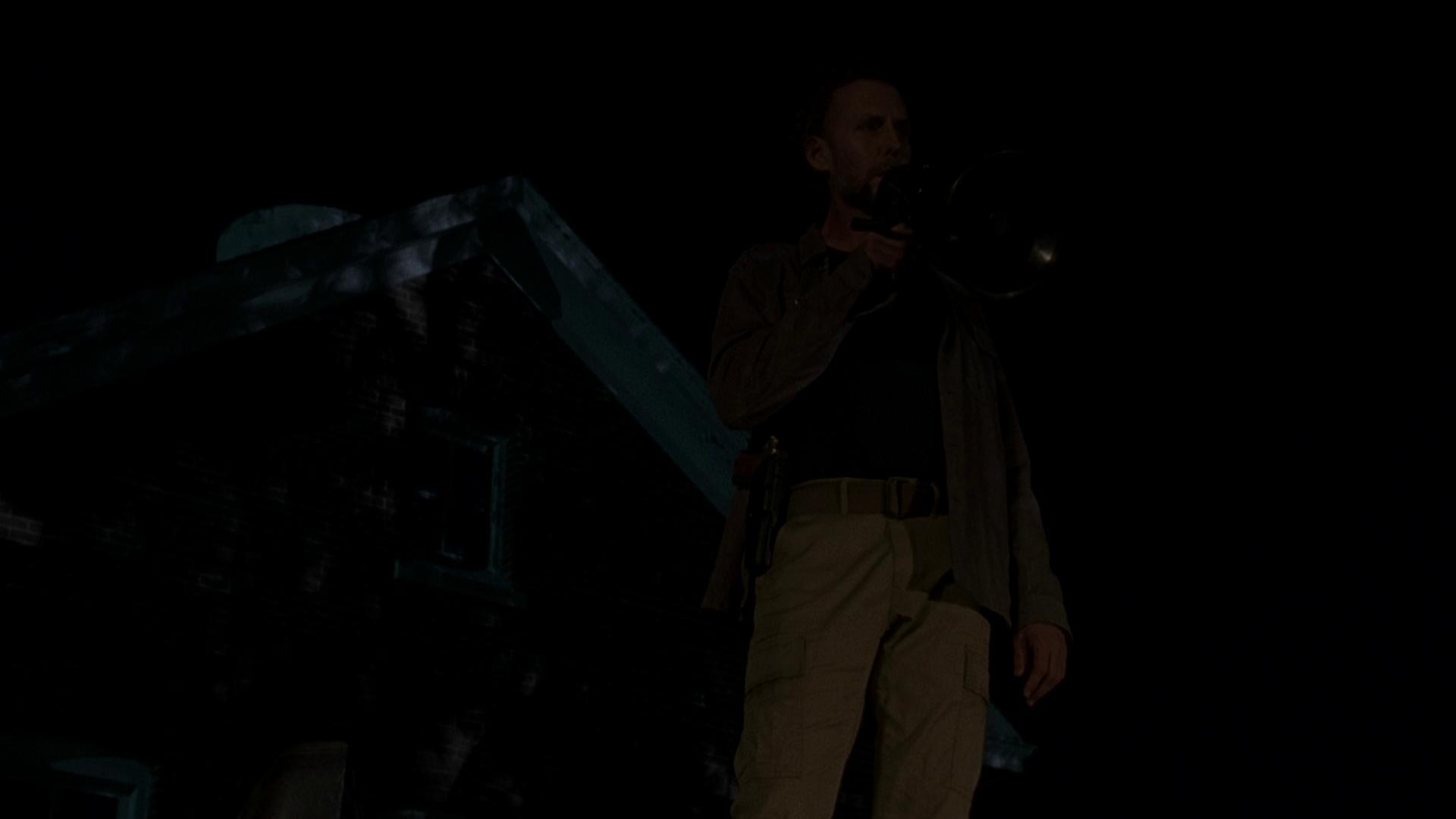 Overall, I was glad to sit down and re-visit Season 8 of The Walking Dead as it there has been a lot that has happened personally since the finale.  While it was nice to see the advancement of the series, I feel that this season could have ultimately been executed better as there is an overall lack of progression in the storyline.  The visual and audio presentation of the Blu-ray release were beautifully handled, allowing for not only an all out immersive experience; but, for everything to feel significantly real as everything moved onward.  The special features, while there are only a few of them, were “okay”.  If you’re considering grabbing this release for your collection, I’d definitely recommend grabbing it if you’ve been grabbing the earlier seasons.  The Walking Dead: Season 8 was made available to Blu-ray and DVD on August 21, 2018. 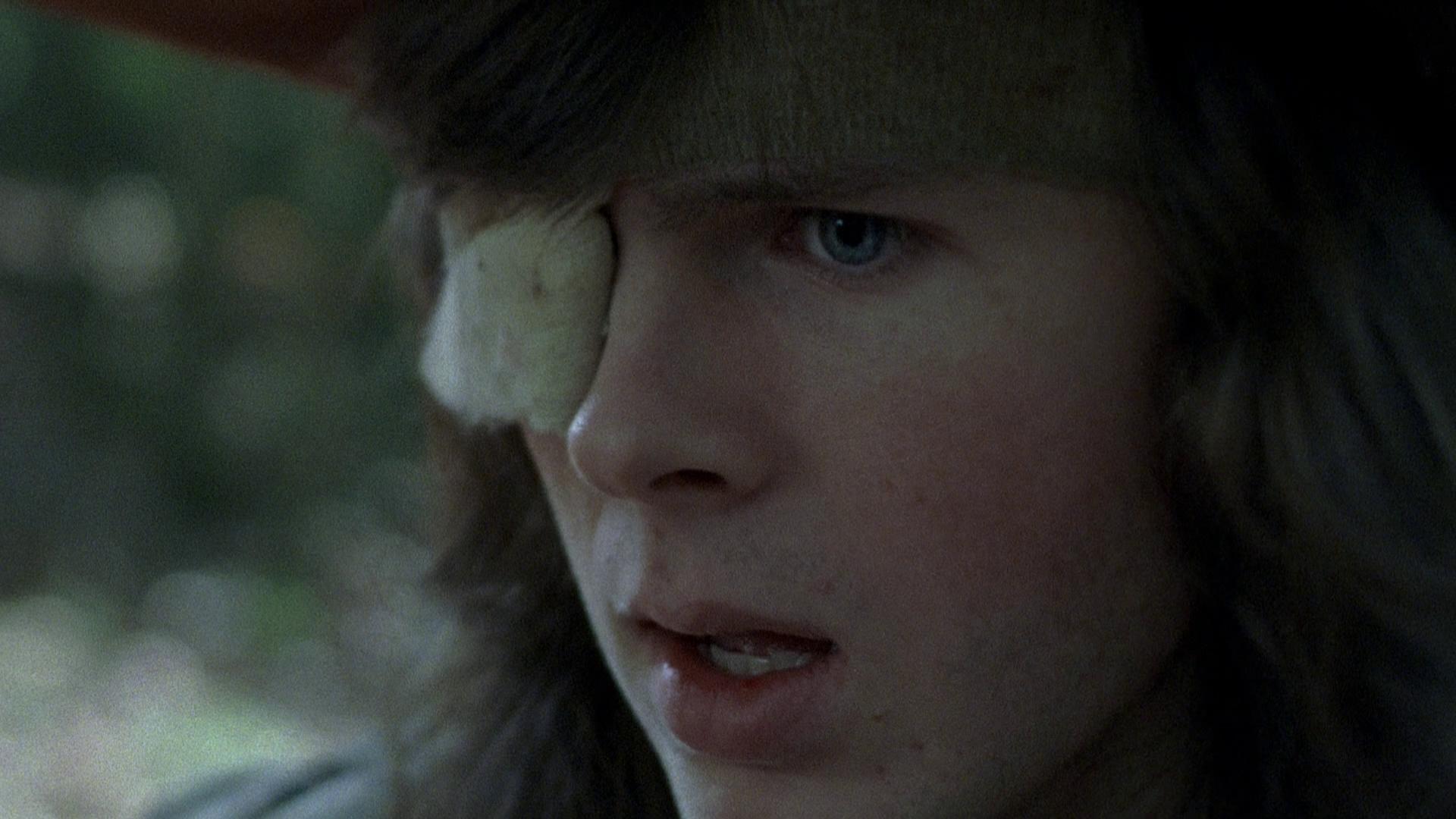