Vixen is an American animated web series that was executive produced by Greg Berlanti, Marc Guggenheim and Andrew Kreisberg and made its original debut on August 25, 2015 on the CW’s online streaming platform, CW Seed. It tells us the story of DC Comics character Mari McCabe (Vixen), a costumed superhero crime-fighter with the ability to mimic the key strengths of any animal that has ever lived on Earth. Taking place in the same fictional universe as Arrow, The Flash, and Legends of Tomorrow; the Arrowverse and in January 2016, the series was renewed for a second season which made its premier on October 13, 2016.

Originally from Africa, Mari McCabe lived her childhood as an orphan after her parents met their unfortunate deaths as a result of local greed, corruption, and wanton violence. However, Mari refuses to fall victim to the tremors that surround her. Inheriting her family’s Tantu Totem, she can access the powers of animals – anything from the strength of a gorilla to the speed of a cheetah. As Vixen, she fights courageously to protect the world from threats like those who took the lives of her family.

The film was announced in February 2017 by Warner Brows for release on digital download on May8, 2017 and on Blu-ray/DVD on May 23, 2017. The film takes the story of the first two seasons and combines them into a single story, with fifteen minutes of never-before-seen content. The movie features Megalyn Echikunwoke (CSI Miami, The 4400, Damien) as the voice of McCabe. She is joined by the voice talents of Stephen Amell (Green Arrow), Grant Gustin (The Flash), Emily Bett Rickards (Felicity Smoak), Carlos Valdes (Cisco Ramon), Katie Cassidy (Black Canary), Victor Garber (Martin Stein), and Franz Drahmeh (Jax) collectively as Firestorm, and Brandon Routh (The Atom), reprising their roles from Arrow, The Flash, and DC’s Legends Of Tomorrow. 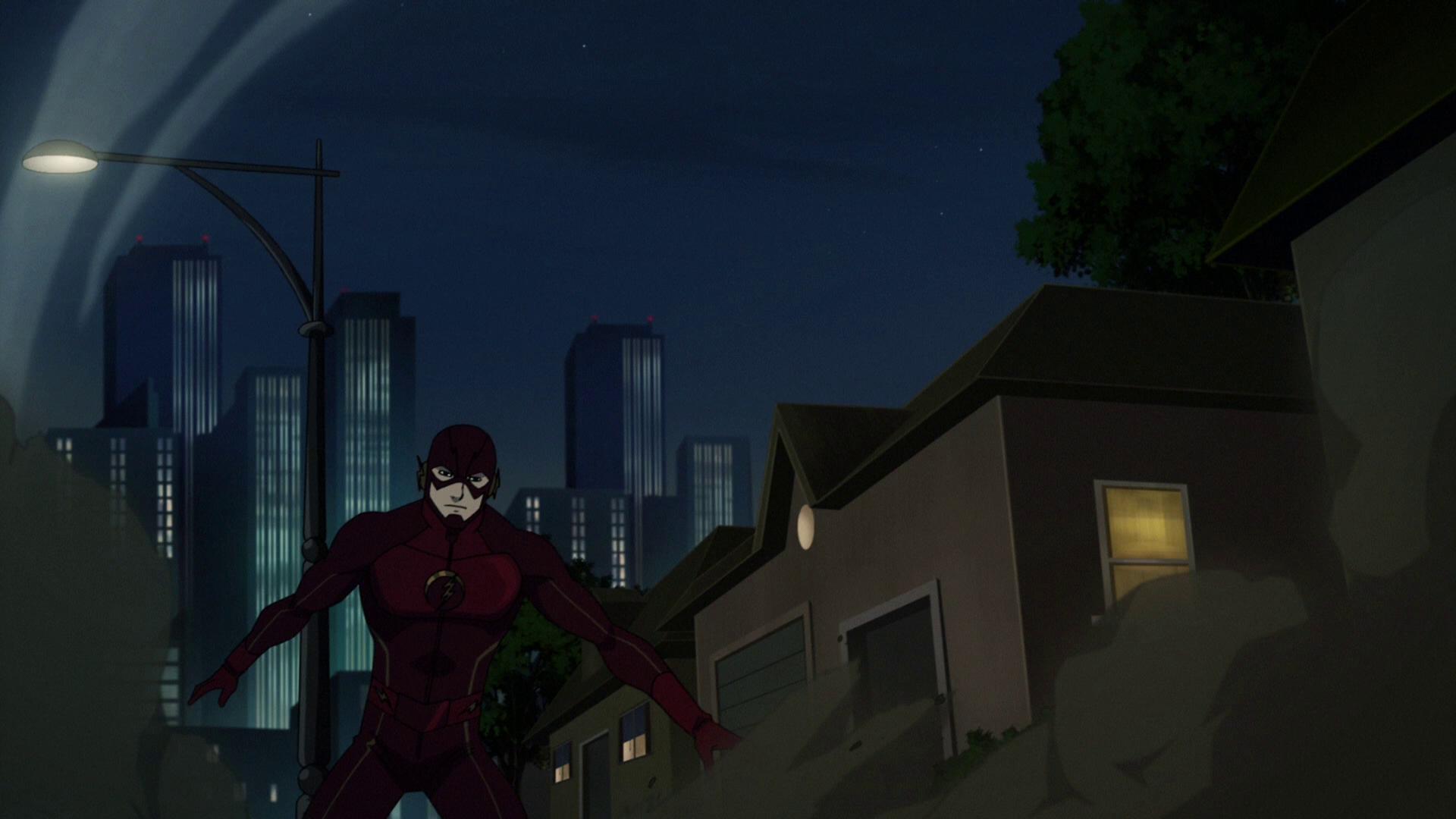 I wasn’t quite sure of what to expect with Vixen as this release showed up at my doorstep.  Going into this film, I had never heard of the series; let alone the character.  After watching through this tonight, I was left rather impressed with the story and the experience that I went through.  After doing my research for the beginning portion of this review and seeing that the movie basically takes the story and combines the first two seasons, I was able to dive right into it with no context whatsoever and enjoy it; and to be quite honest, I’m curious to see where the series or even future films take this character. 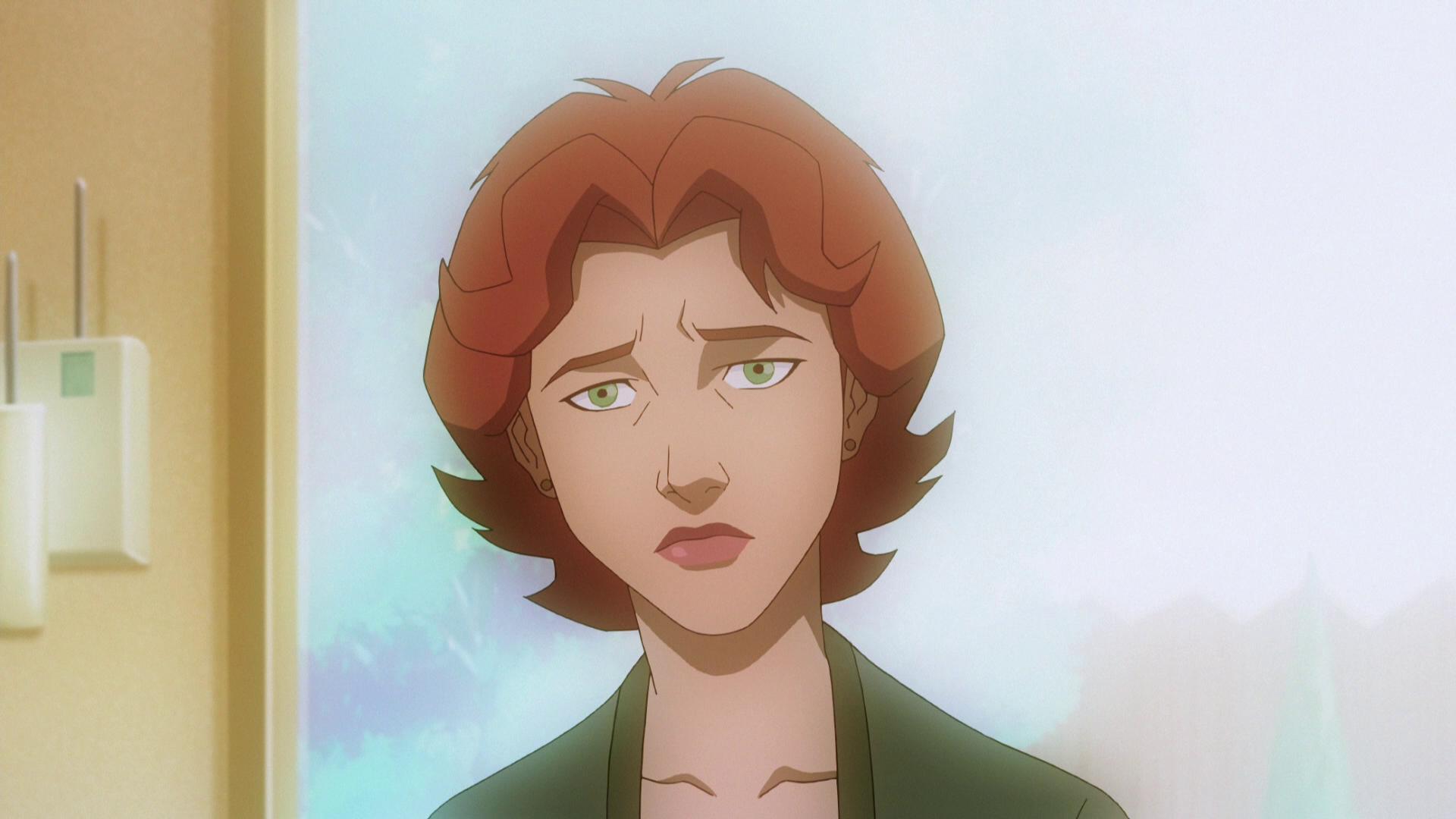 Vixen on Blu-ray is exactly what you would expect to come from an animated feature film displayed in 1080p.  The animation presents an extremely crisp, clear picture with a sharp and detailed color palette.  The imagery is very clean and nicely presented and does a fantastic job at maintaining the presentation so audiences can see and understand everything as the movie progresses.  Now, this film isn’t anything like the previous DC animated features that are liked in their own respect.  The animation quality of this film is exactly what you would see on the animated television series.  While it’s not as detailed as the earlier DC releases, it was still rather enjoyable. 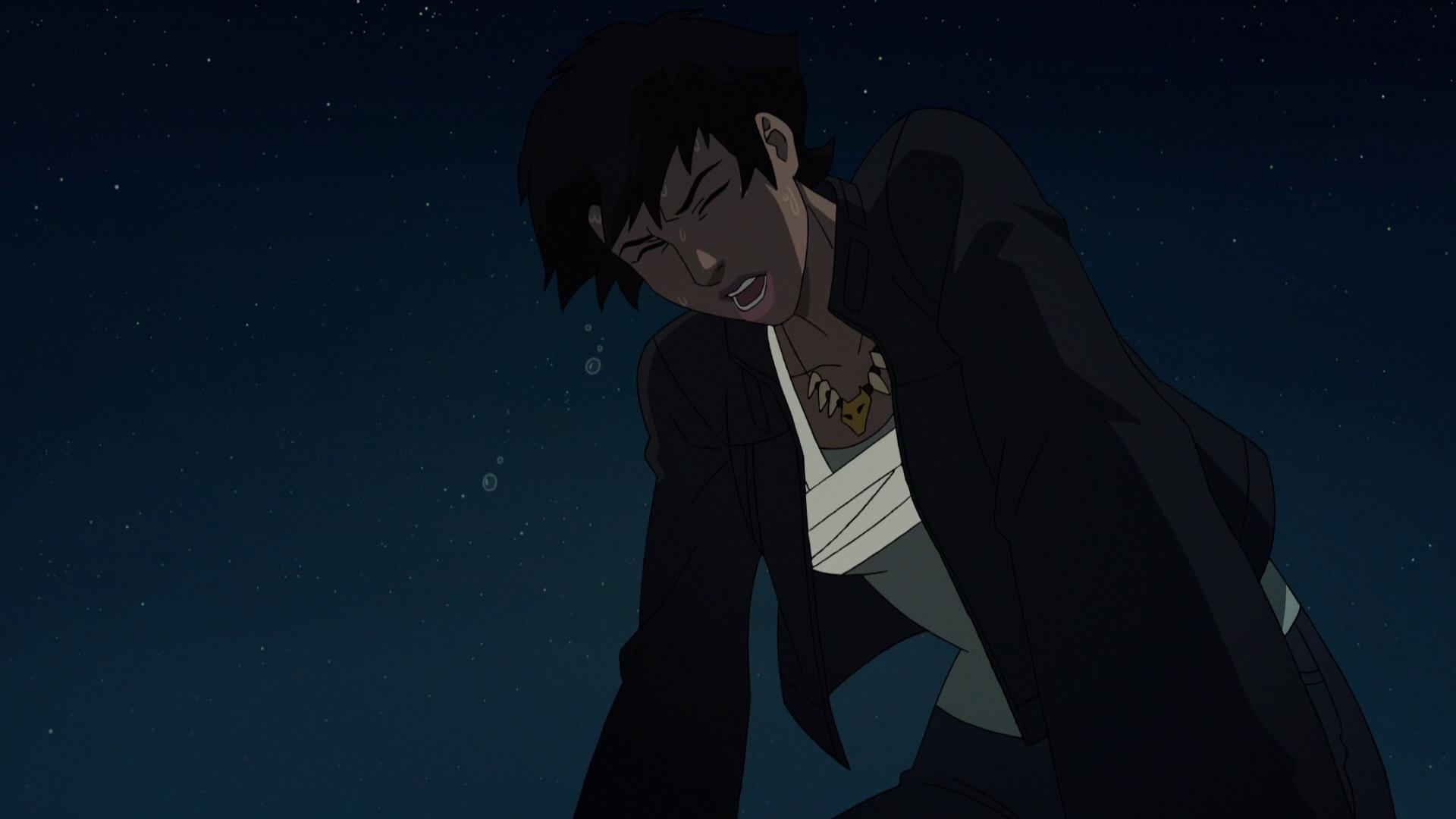 Packaged with a DTS-HD Master Audio 5.1 audio track, Vixen offers a crystal clear audible experience that’s pretty immersive.  While not as immersive as a 7.1 track, the use of the multiple channels that are offered with this technology allowed for us to feel as if we were right there in the middle of the story.  The films musical score is the most powerful aspect of the Blu-ray audio.  It does a fantastic job at emphasizing the general undertone for the given sequence at play and really powerhouses through the home theater system. 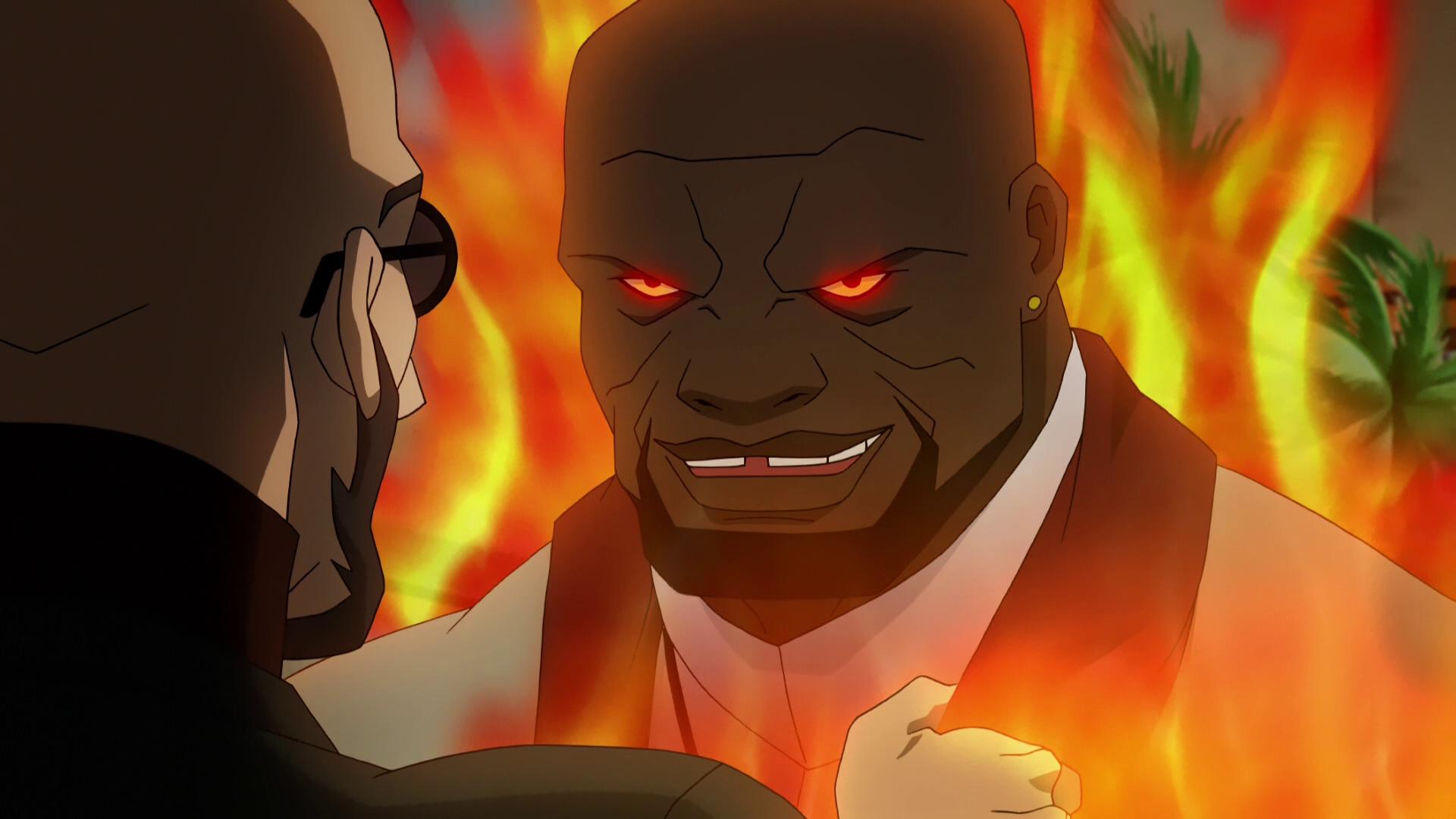 Vixen comes packaged in your standard single-disc Blu-ray amaray case.  Contained within that case is the standard Blu-ray copy of the film as well as the digital copy redemption pamphlet that allows consumers to add the movie to their digital library in the cloud.  There is no DVD copy included with this release.  The disc art isn’t anything significant to the film as it is very generic and really only contains the necessary information to associate the disc with the release as well as a blue cityscape.  There is a slipcover available with the initial pressing of the film.  The slip cover isn’t your standard over the top/bottom slide on slipcover; however it is one of the insert the amaray case in from the side and is made of a slightly thicker cardboard for more durability for the slipcover. 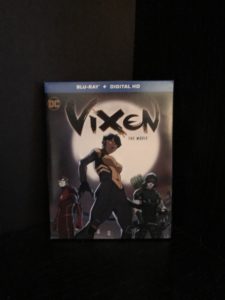 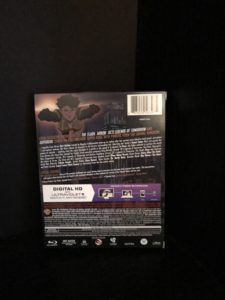 Vixen is considerably weak in terms of additional content as there really isn’t a whole lot available to explore the film further.  Included with this release is: 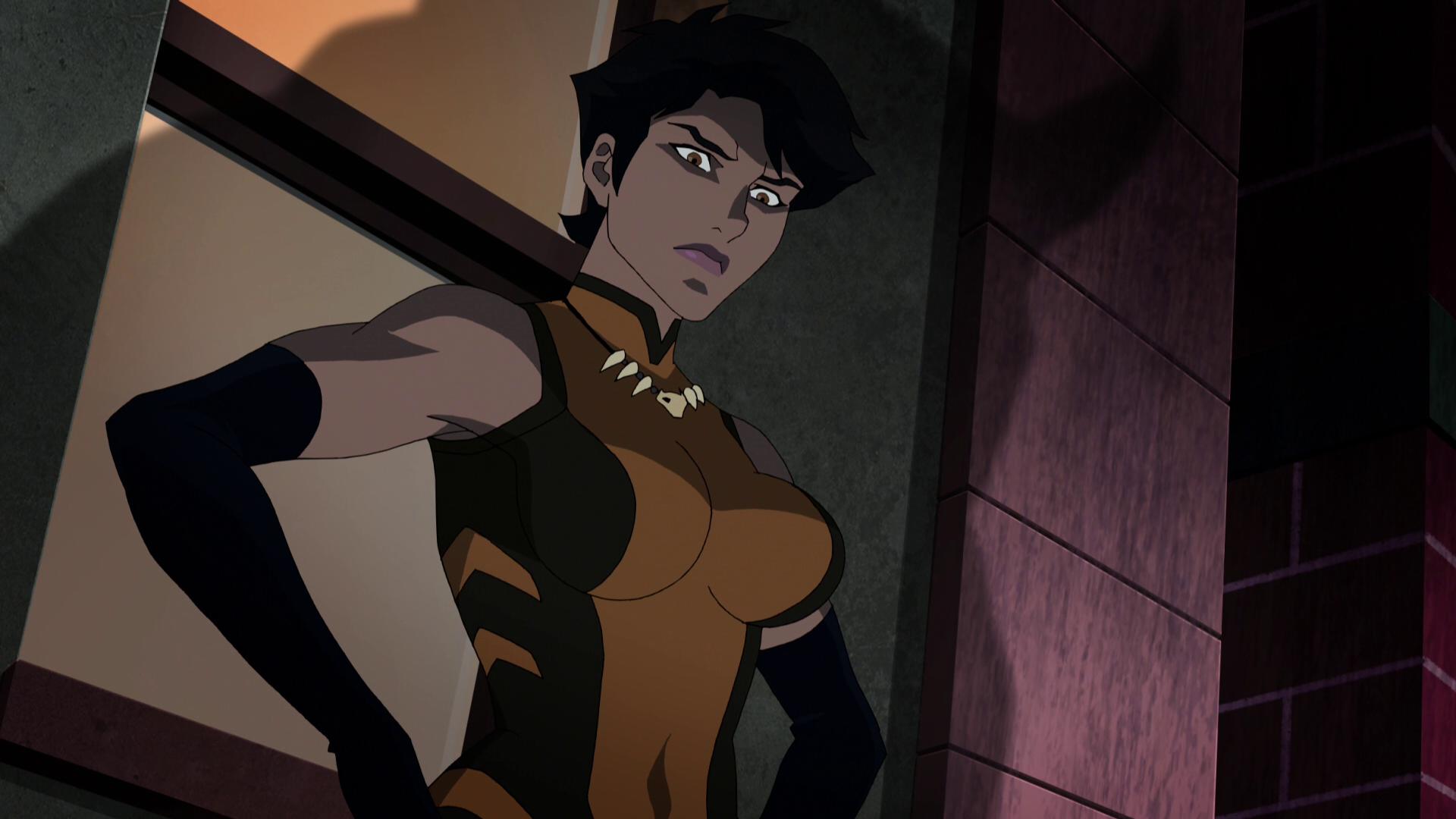 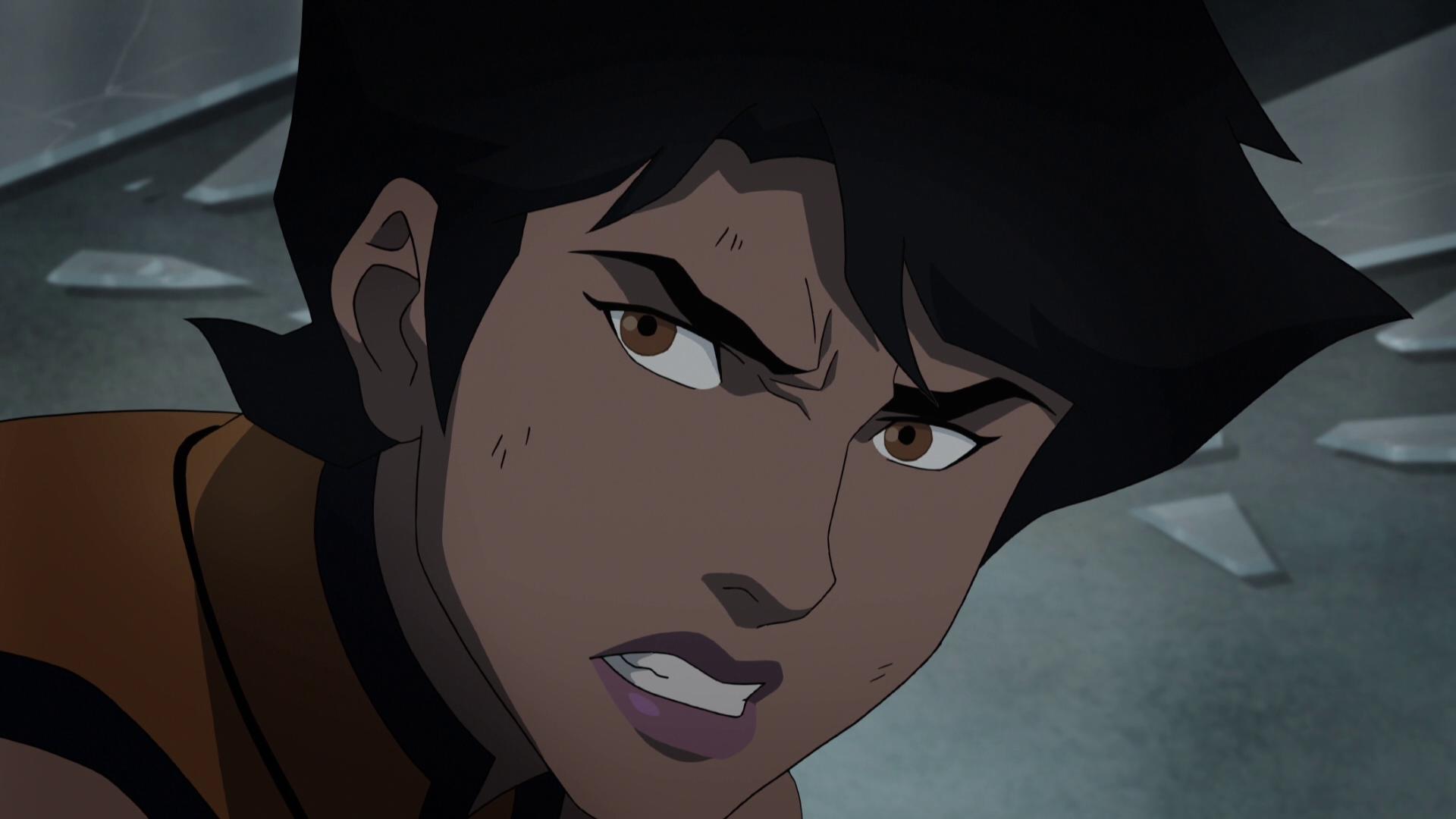 Overall, Vixen wasn’t that bad of a movie.  Sure it isn’t anywhere near any of the earlier DC animated features, but considering this is a web series that originated from the CW, it had a pretty solid story line and did an astonishing job at maintaining it throughout.  The visual and audio presentation was really well done.  The packaging for the release is really well done; and despite that it’s lacking in additional content, I’d definitely recommend checking this release out.