The influence of the media on society, especially in terms of graphic content, has been a hotly debated topic for decades. First-person shooter video games have been blamed for school shootings, pornography has been accused of turning people into rapists, and studies have even shown how violent media can have a legitimate influence on children. What makes Videodrome so striking is it how remains relevant to this day. Sure, technology has certainly come a ways since it’s initial release, but as explicit media has become more available than it ever has been before thanks to the internet, Videodrome’s disturbing social commentary begs the question: what are the consequences of the increasing availability of graphic content on society as a whole, and does our demand for such content reflect any disconcerting traits of human nature?

I’ll admit off the bat that I did not necessarily enjoy watching this movie. The acting, moral message, and techno-surreality as separate parts I do appreciate to a great extent, but combined together as a film, I honestly have to say I was left feeling uneasy and even a little disturbed. However, that may very well have been the goal of director and writer David Cronenberg, and so I’ll write this review with that in mind. If anything, Videodrome can definitely be considered ‘effective.’ 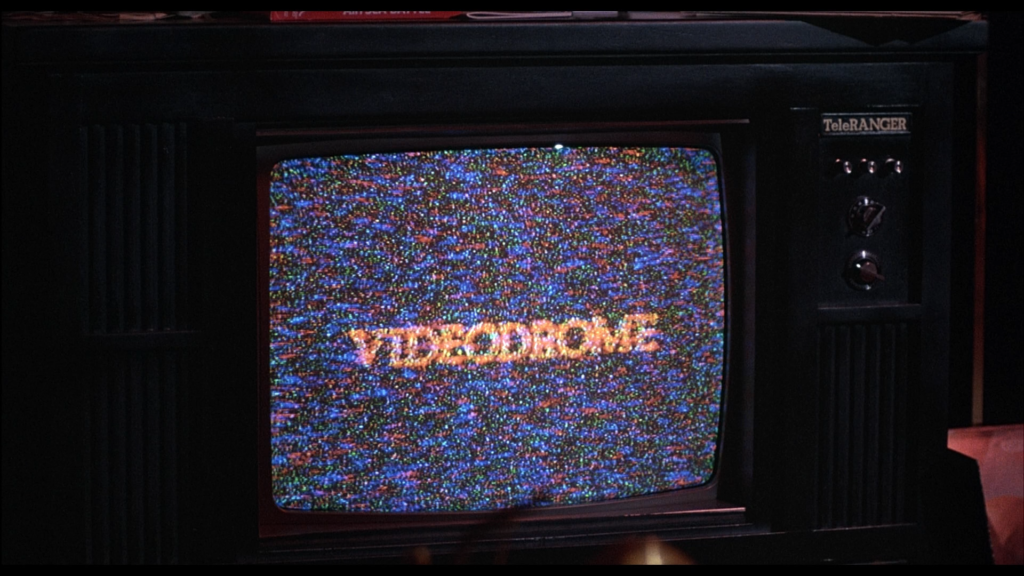 The film stars James Woods as Max Renn, a president of a television station that specializes in softcore pornography and other forms of graphic content. When in search of new programs for his station, he comes across a mysterious show by the name of Videodrome that contains brutally graphic content; torture and sexual abuse. Max becomes intrigued, almost fascinated, by the show, and even watches it in his spare time at home. However, he soon realizes that the program is inducing hallucinations and disconnections from reality, and begins to investigate the true origins and nature of Videodrome.

What I took away from this film is that the tendency to seek out and consume stimulating content and experience is a really a natural human instinct. However, as with all human tendencies, balance is essential, and any form of abuse could have extremely detrimental consequences. Obviously watching graphic content isn’t comparable to, say, three hits of LSD, but the message is clear; excessive consumption of questionable content isn’t doing your mental health any favors. The slope is slippery, and I feel Videodrome is a powerful reality check in this day and age of mass-media availability.

In standard Criterion Collection fashion, this is the highest quality home-release of the film available, and looks quite excellent. Face close-ups are incredibly detailed and clear, each horrific body deformation is disgustingly articulate, and overall colors are vibrant and appear accurate. As is to be expected from an early 80s, however, there is a fair amount of grain present in film. I imagine the editors did the best they could to clean things up, but that ever-present grain can be slightly distracting at times. I don’t feel there is much room for complaining; this is a superb transfer, and probably the best we’re going to get.

The audio of this release is nothing short of excellent. Criterion has included an uncompressed LPCM mono track, and I honestly had no gripes throughout the film. Videodrome is very dialogue-driven, and none of it has been compromised. Dialgoue is easily understandable and crisp, with next to no clicks, hums, or hissing identifiable. The score is also without distortion and as far as I could tell, never conflicts or overshadows the dialogue or other sound effects. 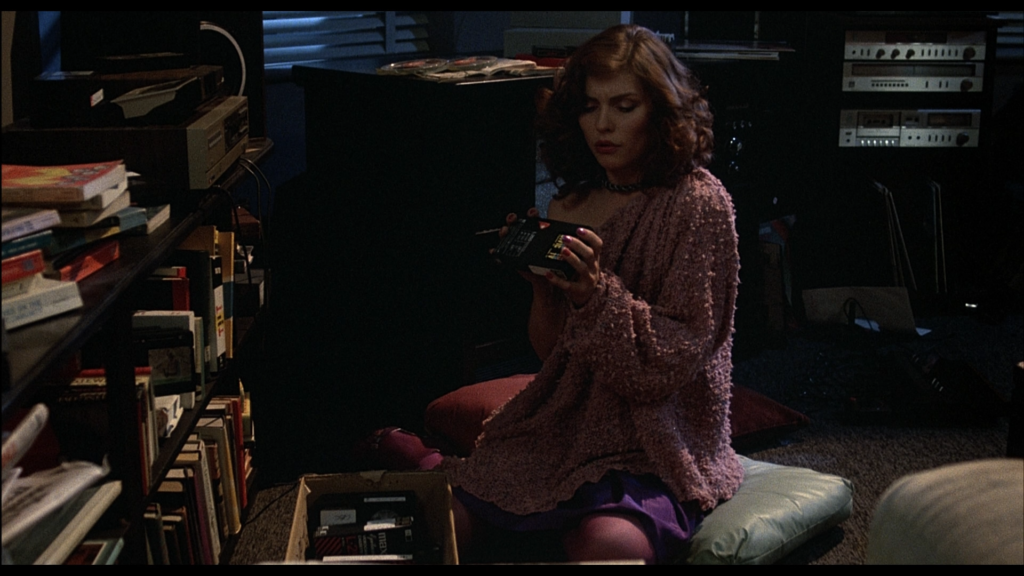 Coming from a background in location sound recording, you know a movie has good sound when you don’t really notice it. If everything is clear and integrated smoothly, you will simply be able to become better immersed into the movie than if the sound is constantly peaking, distorted, or out of sync. There is nothing particularly breathtaking about Videodrome’s audio, but it is all well-produced and clean.

The Criterion release of Videodrome features wonderfully stylized packaging, with a quality slipcover displaying one of the more bizarre scenes of the film. The Criterion “seal-of-quality,” if you will, is present, and plenty of information about the film is shown on the back. On a personal note, this is my first ever Criterion copy of a film, and I was thoroughly impressed with the attention to detail on the packaging. Within the slipcover, we find a clear Blu-ray case with cover art that makes it look like a Betamax tape, as well as a chilling quote from the film, “long live the new flesh.” 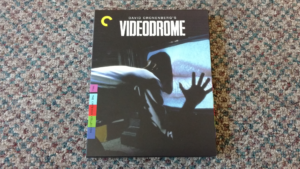 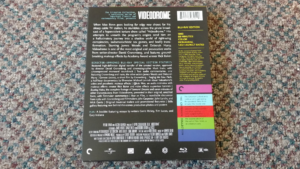 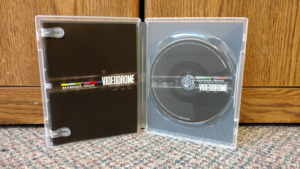 I’ve got no complaints as far as special features go with this release. We have two separate commentaries, one with Cronenberg and cinematographer Mark Irwin, and the other with actors James Woods and Deborah Harry. Both I found to be quite interesting, and I thought the Cronenberg one was especially in-depth regarding the film’s story and overall message. Along with the commentaries, we have a few short films and documentaries that pertain to Videodrome.

–Samurai Dreams, complete footage of a program featured in the film

-Visual Essay, gallery of still photos from the film’s production

–Fear on Film, promotional interview with different directors about the process of filmmaking

-Still gallery, another series of photographs and promotional materials from the film’s production

–Effects Men, collection of audio recordings discussing the film’s production and crew
Also included with this release is a physical booklet full of essays by Carrie Rickey, Tim Lucas, and Gary Indiana that are associated with Videodrome. This is an excellent addition to the package, and I thought the writings were articulate and worth reading.

Videodrome is a perfect example of a film that has seen its influence only grow since it’s initial release. Disturbing and even slightly avant-garde, the film has a penetrating effect and a relevant message that has caused it to transcend its inaugural cinematic disapproval, and is a worthy addition to The Criterion Collection. Recommended to sci-fi/horror fans and thoughtful movie viewers alike, this particular release of Videodrome, with its plethora of extras, is near perfection.