Upgrade is a 2018 science fiction action body horror film that was written and directed by Leigh Whannell. A co-production between Australia and the United States, it stars Logan Marshall-Green, Betty Gabriel, and Harrison Gilbertson. The film follows a man who is implanted with a chip that allows him to control his body after a mugging had left him paralyzed. Jason Blum serves as a producer through his Blumhouse Productions banner.

Centering around Grey Trace, a stay-at-home mechanic who lives with his wife Asha who works for Cobolt, one of the companies contributing to an increase in human computer augmentations in a near-future world. One day, Grey asks Asha to help him return a refurbished car to his client Eron Keen, a famous tech innovator who’s in charge of a rival company called Vessel. While visiting his home, Eron reveals his latest creation, an AI chip called STEM that can serve as an auxiliary brain.

After premiering on March 10, 2018 at South by Southwest, the film was released on June 1, 2018 in the United States by OTL Releasing and Blumhouse Tilt, and on June 14, 2018 in Australia. The film received positive reviews from critics, who called it “one part The Six Million Dollar Man, one part Death Wish revenge fantasy,” and praised the film’s dark humor and action sequences.

Upgrade is a movie that takes a lot of the more old fashioned foundations and gives it one hell of a technological upgrade. Giving its viewers a story that grabs your attention right from the start, and holds onto it straight through to the end of the film. Packed with sharp-witted humor, and some beautifully executed camera movement, this release really made for one hell of an experience. Something that, given the continued advancements in technology, doesn’t really seem all that farfetched, Upgrade gives us a look into the future of possibilities. Possibilities that are amazing to say the least, and absolutely horrifying. In addition to the solid storyline and its very well handled execution, there were a few twists and turns to the storyline that I didn’t see coming, and it really made everything all the more interesting. 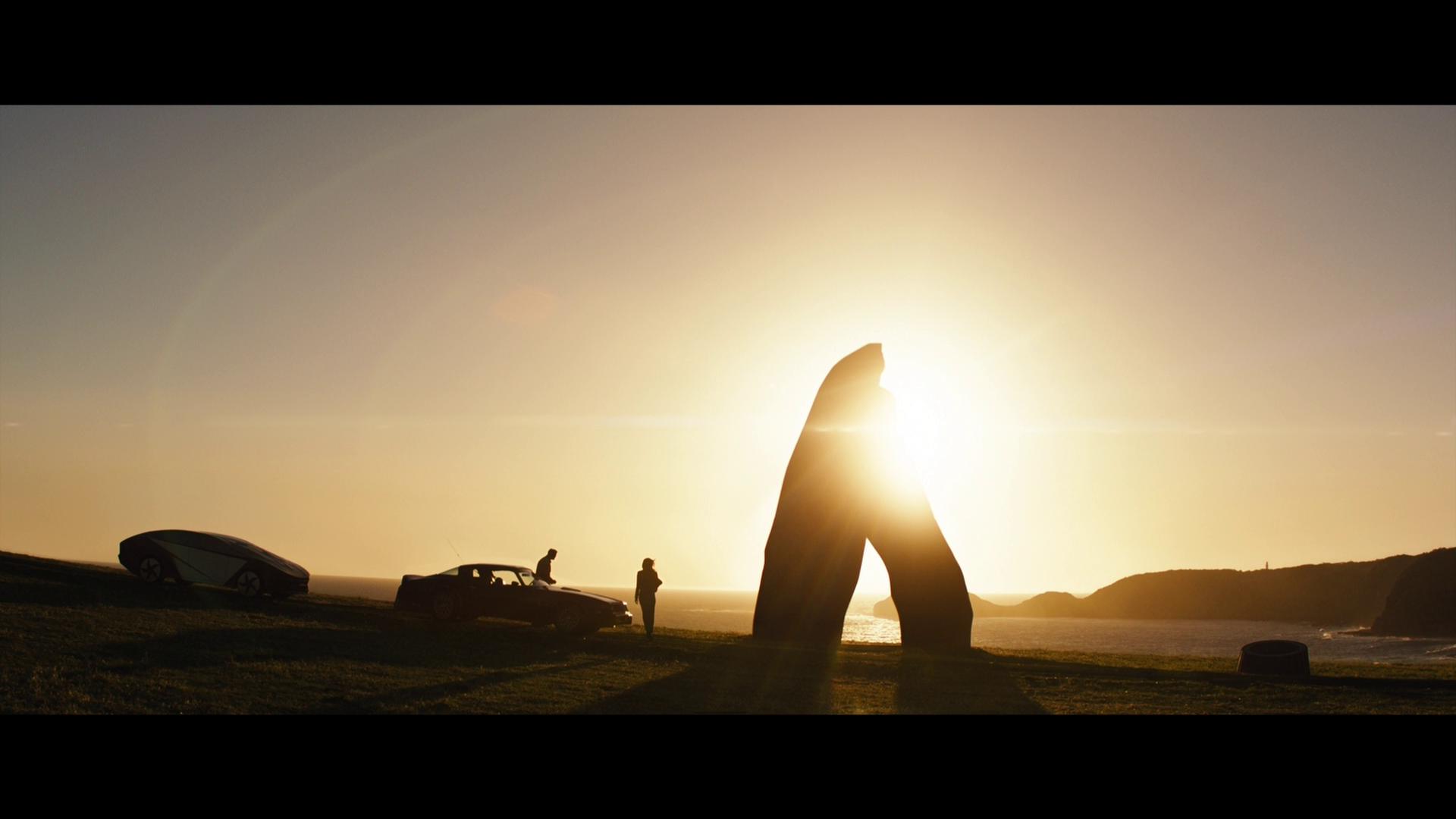 Digitally photographed, Upgrade provides its viewers with an impressive, and very stable visual presentation. With its more natural skin tones and satisfying levels of saturation, everything shot close up and far away looked extremely natural as the film progresses. Noise within the imagery is very minimal, and there really weren’t any signs of distortion in the picture, you could really gain an appreciation for the finer details of the presentation as the details were extremely prevalent in this release. I would have to admit that my more favorite scenes of this film were the ones that were carried out with what felt to be a GoPro attached to the lead character as the action sequences were carried out. While they weren’t anything monumental, they really made this movie all that more exciting as my wife and I sat there in awe during these sequences. 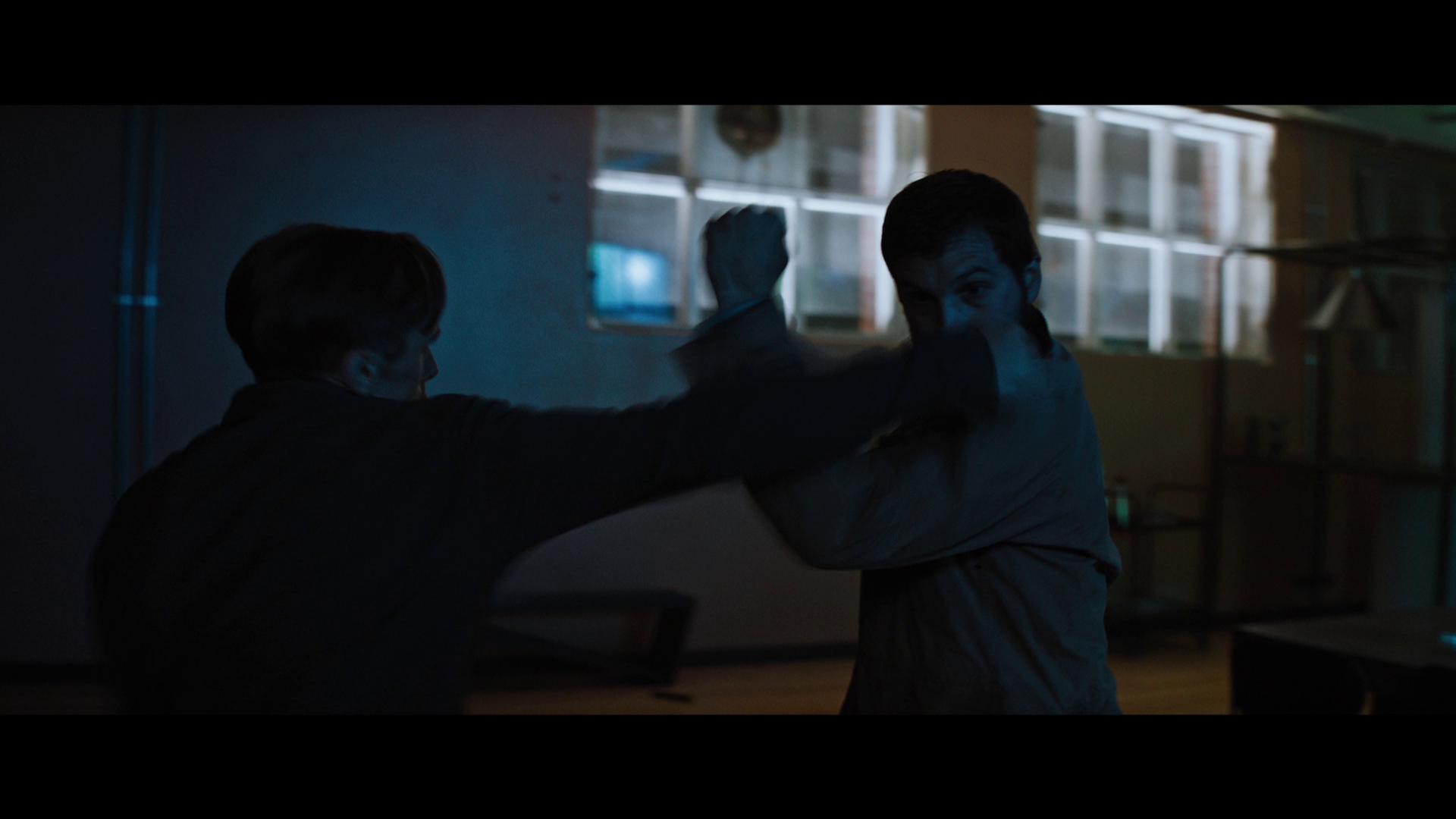 Packaged with a DTS-HD Mater Audio 5.1 mix, Upgrade leaves little need for the inclusion of additional channels. While I would normally give some flack for the lack of utilization of the surround channels, the raw power that was provided from the channels in this track were ample enough to suck you right into the film and almost make it feel as if you were right there in the middle of everything. The dialogue, including the heavily reverberated speech from STEM, were spoken clearly and offered clean and clear experience that allowed everything to be heard and understood without having to manually adjust the volume levels. 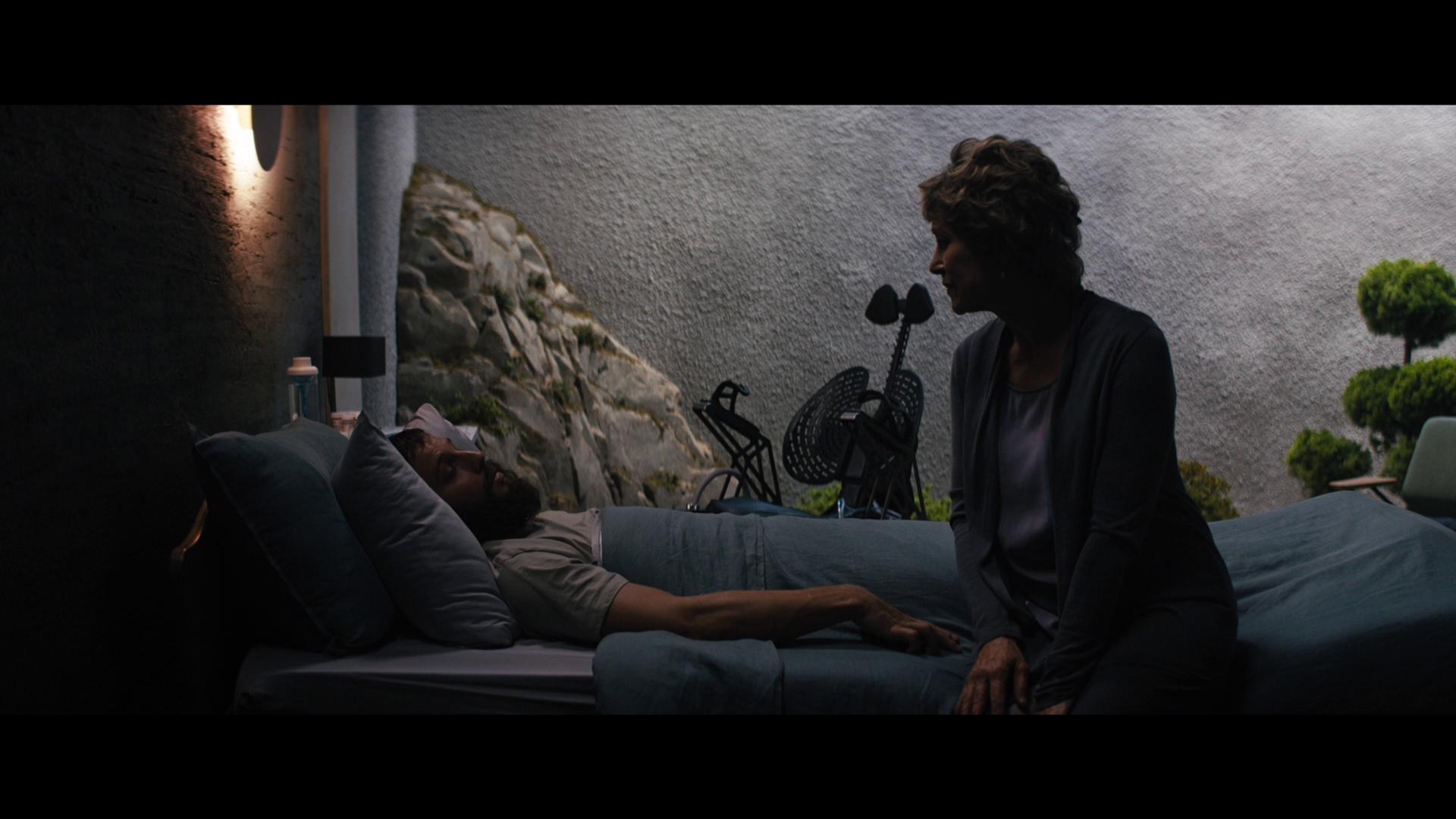 The Blu-ray release of Upgrade comes packaged in your standard single-disc Blu-ray amaray case.  Within that case is the standard Blu-ray copy of the movie.  The disc features no artwork that’s related to the movie whatsoever outside of the standard release text.  There are no DVD copies of the movie included with this release; but, there is a digital copy redemption pamphlet that’s been included for the various streaming platforms.  A slipcover has also been provided during the original pressing of the release that features the same artwork that’s been included on the case art. 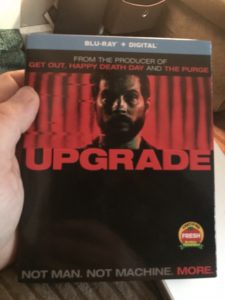 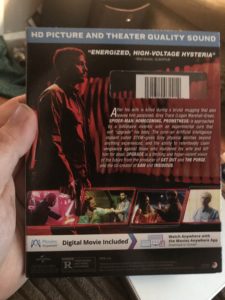 Unfortunately, there are no special features included on the Blu-ray release of Upgrade.  As a result, there is no rating on this section. 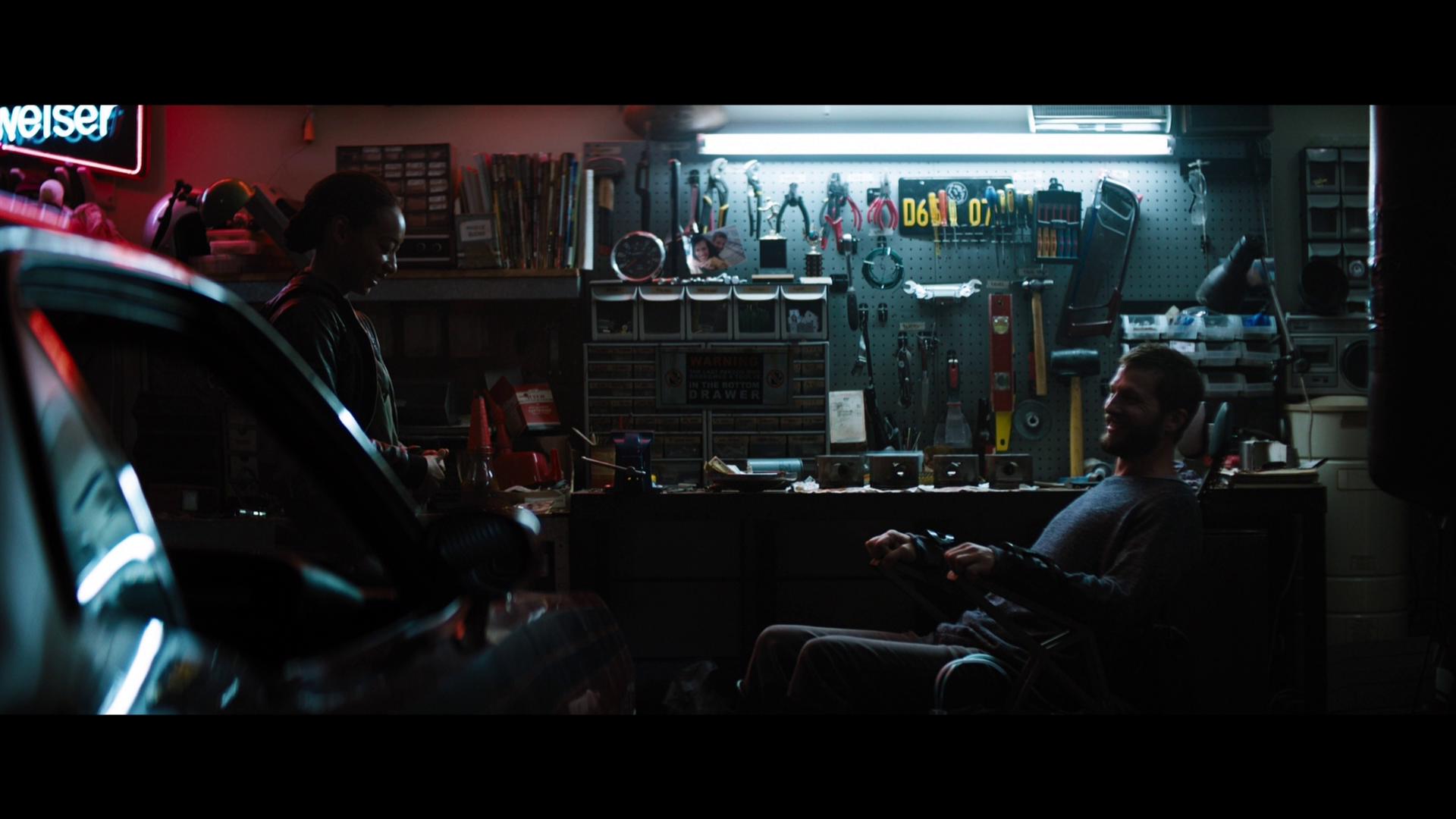 Overall, I thought that Upgrade was a really great film.  The story that we are given with this movie is one that doesn’t seem like it would be out of the realm of possibility, but it’s also one that also helps convey what could eventually happen should a similar technology like this be developed.  It’s pretty crazy to think that we aren’t really all that far away from having something like STEM to be able to help those bound to wheelchairs to be able to walk again.  The action sequences were my favorite part.  With the overall movement of the camera as well as the genuine level of smoothness in how they were carried out, it really helped grab and maintain my attention as it played onward.  The visual and audio presentation of the Blu-ray were nicely done; however, I do believe that this movie would have fared a lot better had they opted to go with a 7.1 mix for the sound.  It’s a damn shame that there wasn’t a single special feature included on this release as I personally would have loved to have seen some of the behind the scenes material.  Who knows, maybe there’ll be a re-release with some features down the road?  If you’re considering this release for your collection, I would absolutely recommend picking it up.  Upgrade is available on Blu-ray and DVD. 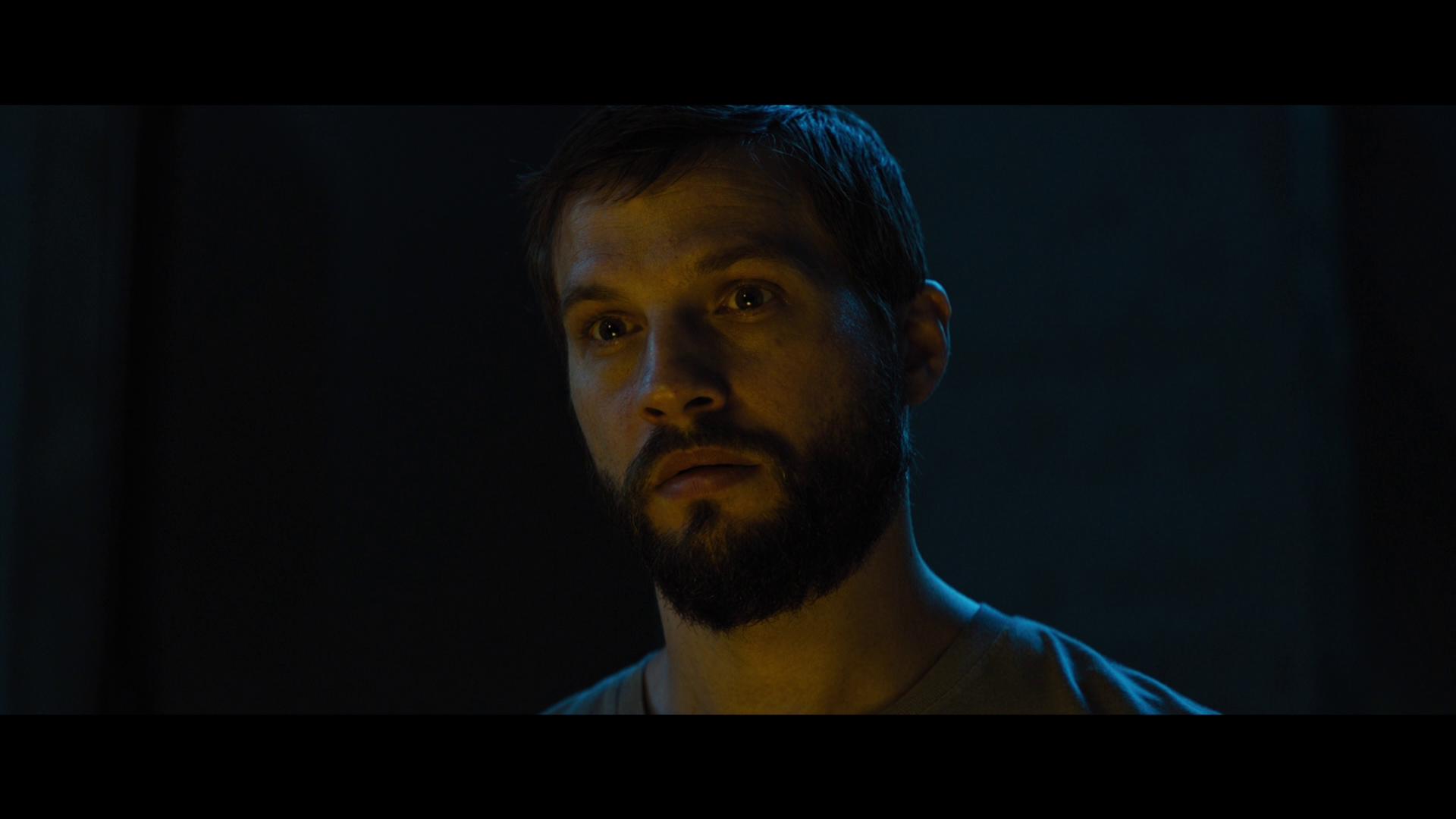