The film centers itself around Uncle Drew as he is a well-remembered basketball legend, who in his earlier years, was supposed to play at the Rucker Classic with his team, but due to an uncertain conflict, he and his team broke up and disappeared. Dax is the underappreciated coach of Harlem’s Money who is broke and has had a longstanding rivalry with Mookie. Dax was an orphan who planned on becoming a basketball player, but was humiliated by Mookie after he had a shot blocked by him in their youth. Dax risks losing his star player, Casper Jones, as he spent his life savings on entering the Rucker and for buying an expensive pair of shoes for him and his team. However, Mookie swoops in and steals his team anyway leading to an incident involving Dax forcibly trying to remove Casper’s shoes that is filmed and humiliatingly goes viral. Due to this, Dax’s girlfriend Jess breaks up with him and kicks him out of her apartment, sending him on his way.

The film was released in the United States on June 29, 2018 and received mixed reviews from critics, who praised the performances of the cast, but called the direction and screenplay “formulaic”. Uncle Drew ended up grossing approximately $42.5 million in the United States and Canada, and $1.9 million in other territories, for a worldwide gross of $44.3 million. In the US and Canada, it was released alongside Sicario: Day of the Soldado, and was projected to gross $11-15 million from the 2,742 theaters playing it during the opening weekend. It went on to make $6.1 million during its first day, including $1.1 million from Thursday night previews. It went on to debut to $15.5 million, finishing fourth at the box office, behind Jurassic World: Fallen Kingdom, Incredibles 2, and Sicario: Day of the Soldado. 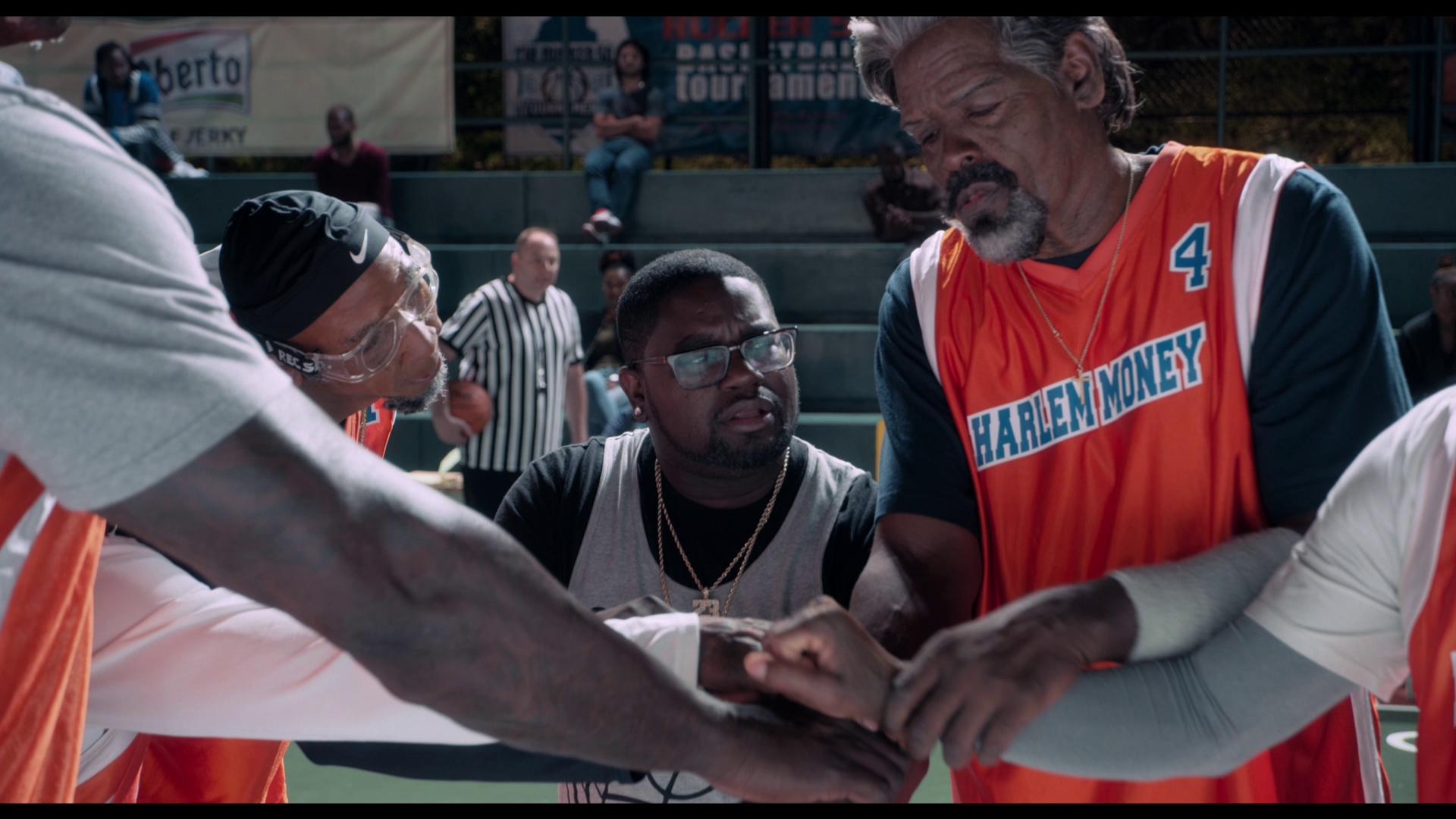 I won’t lie, when Uncle Drew arrived at my doorstep, I wasn’t all that thrilled as I thought that I was going to be watching something that was similar to those stupid comedies that Tyler Perry has tried to make.  While there were certainly some moments that were reminiscent of those horrible attempts, this movie takes some significant basketball stars and expands upon a story that was once brief from the general commercials that he was featured in.  That story, has some moments that were enough to make my wife and I laugh; however there was a pretty solid plotline with the overall experience.  The story was decently heartwarming, and helps to instill a lesson that is often overlooked.  Overall, I didn’t really think it was that bad of a movie, and Uncle Drew to be a good popcorn flick. 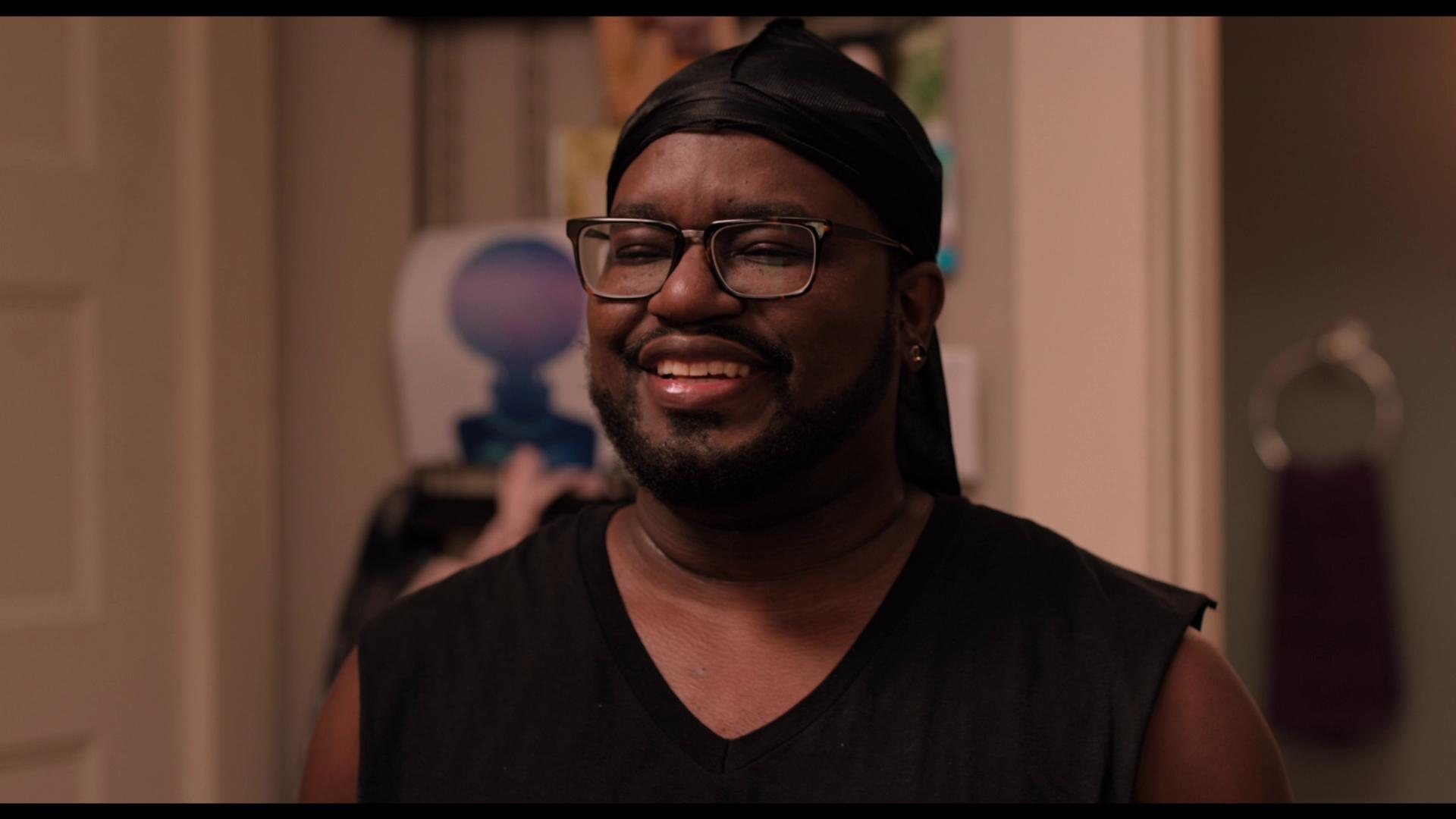 Overall, the visual presentation that’s offered with the Blu-ray release of Uncle Drew was excellent, and was exactly what I personally would have expected.  While there really weren’t any scenes that offered anything that was visually stunning, or any parts that stood out more than others, it was certainly a clean release.  I will say that I thoroughly enjoyed some of the camera shots that were used during some of the basketball games as they made those parts more enjoyable. 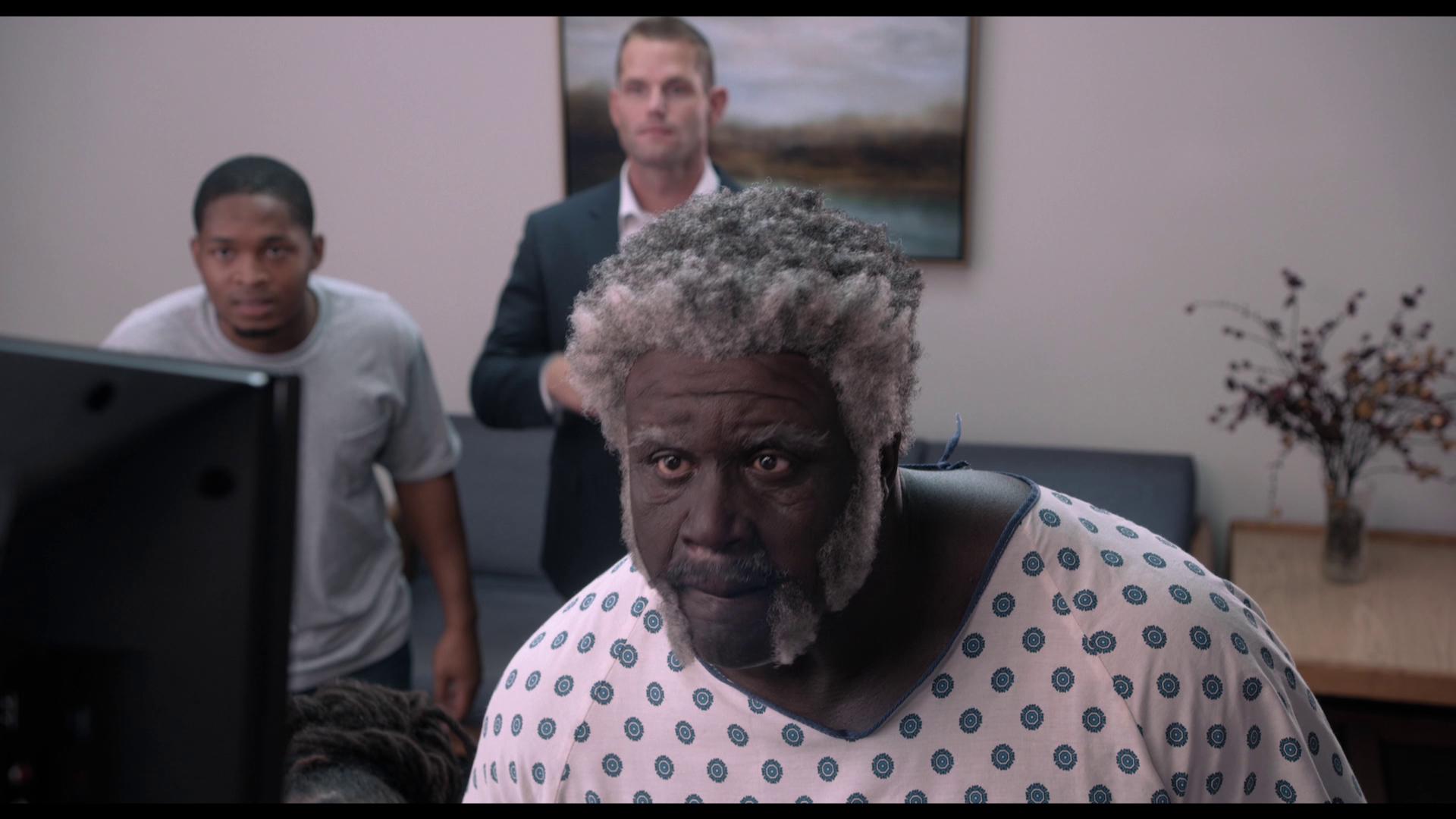 Bundled with a DTS-HD Master Audio 5.1 mix, Uncle Drew not only tries its absolute hardest to offer an immersive experience for its viewers; and the lack of the use of the surround channels will go unnoticed to those that aren’t listening for it.  The audio that comes through the channels utilized in this track were sufficiently powerful and offered an absolutely clean and clear experience.  Dialogue obviously took precedence over the supplemental elements, ensuring that characters are able to be heard and understood without having to adjust the volume levels. 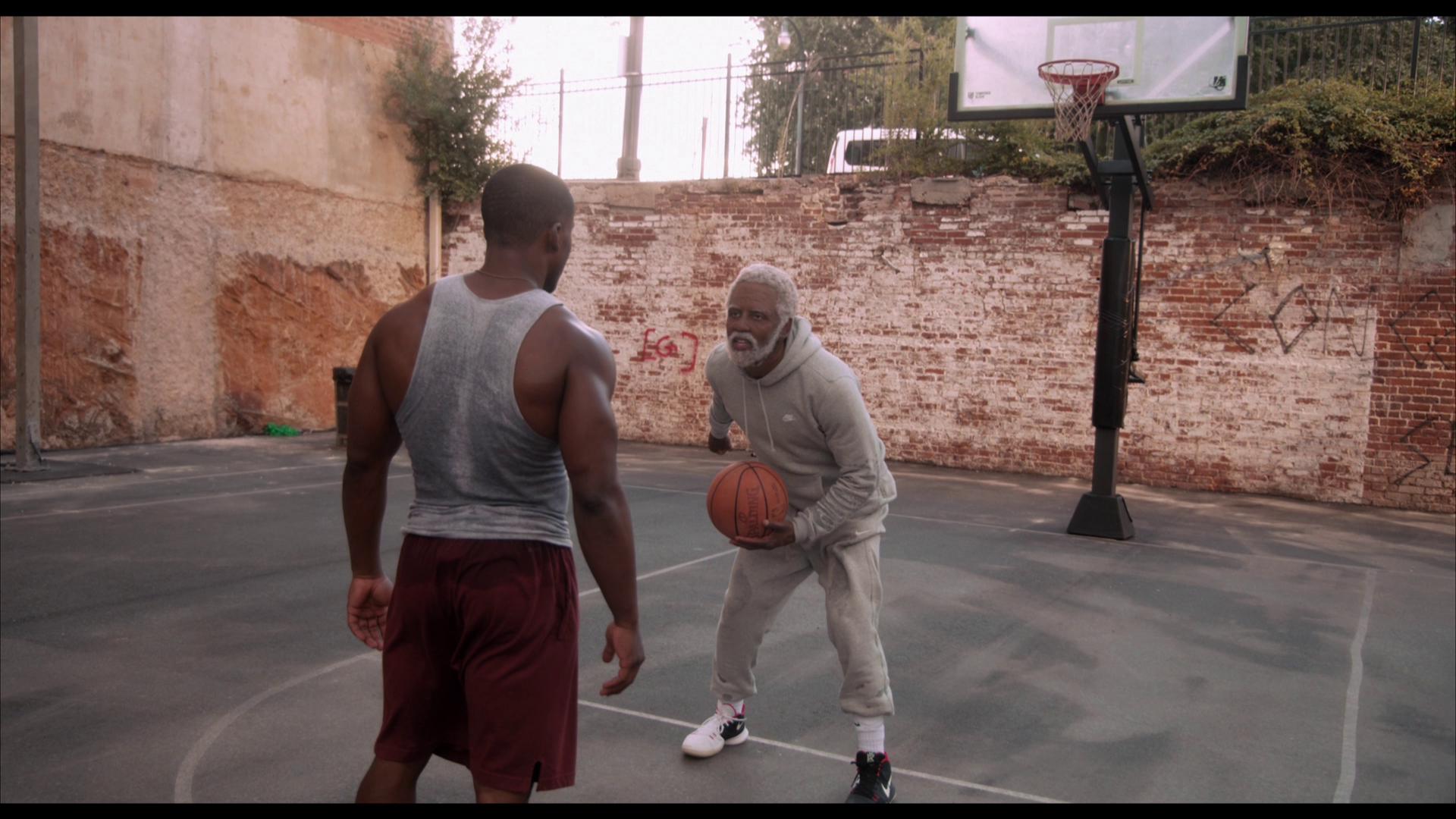 The Blu-ray release of Uncle Drew comes packaged in your standard two-disc Blu-ray amaray case.  Within that case is the standard Blu-ray copy of the movie as well as the standard DVD copy.  Both discs feature the same piece of artwork that resembles that of a basketball.  There is also a digital copy redemption pamphlet that’s been included for the various streaming platforms as well as a slipcover that’s been made available during the original pressing of the release that features the same piece of artwork that’s been provided on the case. 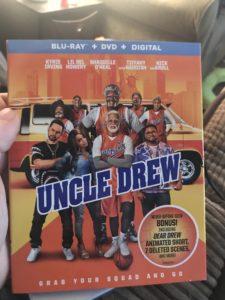 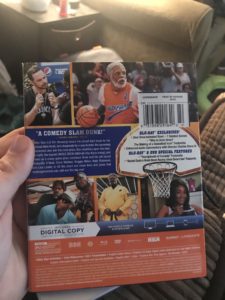 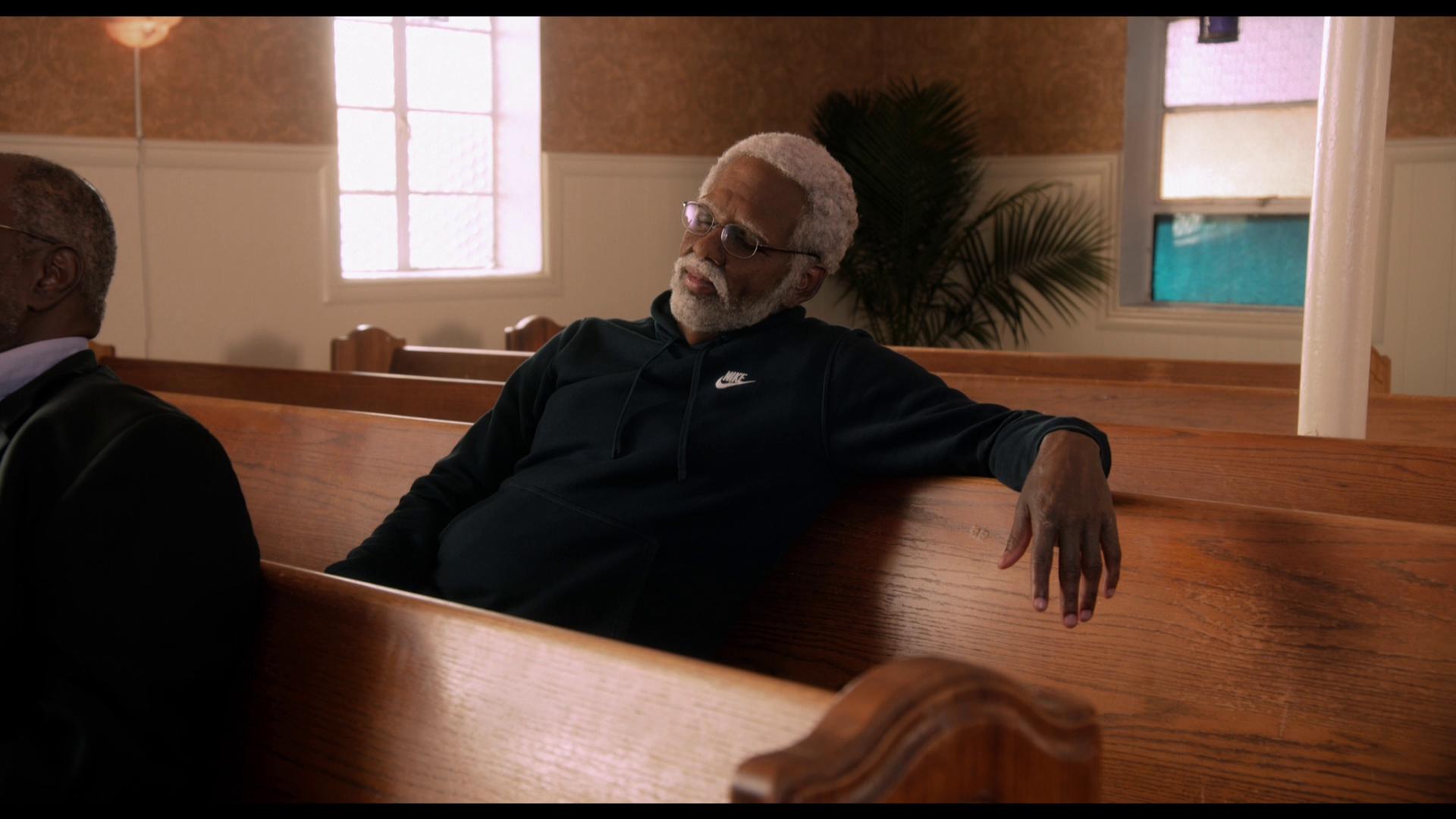 Overall, I was genuinely surprised with Uncle Drew.  This movie was something that I wasn’t really looking forward to going into and found myself having a decent time with it, especially with the various heartwarming moments that happened in the story.  The visual presentation and audio presentation were done cleanly, allowing for a completely uninterrupted presentation, ensuring that everything was understood.  There’s a decent number of special features on this release that make it worth exploring.  If you’re considering this release for your collection, I’d recommend checking it out to make sure that it’s something that you’d like.  Uncle Drew will be available on 4K UHD, Blu-ray and DVD beginning on September 25.