The Ultimate Vacation Collection is a series of films that feature the Griswold family throughout their family vacations with Clark trying to maintain the sense of good old fashioned fun despite being constantly plagued by disasters and embarrassing predicaments.  The series was initially based off of John Hughes’ short story that’s titled Vacation 58 that was published by National Lampoon magazine.  The series itself was distributed by Warner Bros and consists of seven films, two of which are not officially sponsored by National Lampoon.  In recent years, the series has been noted as an inspiration for various marketing campaigns that feature some of the original cast.

National Lampoon’s Vacation, or as it’s often referred to as Vacation is a 1983 American comedy film that was directed by Harold Ramis and stars Chevy Chase, Beverly D’Angelo, Randy Quaid, Dana Burton and Anthony Hall.  In supporting roles, we see John Candy, Imogene Coca, Christie Brinkley and a young Jane Krakowski.  Having the original screenplay written by John Hughes, he is also makes an appearance in this film.  Overall, this film was a box-office hit and earned more than $60 million in the US alone against its estimated $15 million  budget.  Receiving high regards from film critics, and as a result of its success, this allowed for four sequels to be produced over the last 30 years.  In 2000, readers of Total Film voted this film to be acclaimed as the 46th greatest comedy film of all time.  It is regarded as the best National Lampoon film and in August 2015, it was listed as the best film of the Vacation series by Daniel Cohen.  Today, this film continues to be a cult film and a staple that a lot of people look forward to on cable television.

National Lampoon’s European Vacation, or its original working title Vacation ‘2’ Europe is a 1985 comedy that was directed by Amy Heckerling.  Written by John Hughes and Robert Klane, it is based off of another story by Hughes.  Serving as the second film of the series, it features Chevy Chase, Beverly D’Angelo.  The Griswold children, Audrey and Rusty, are replaced by Dana Hill and Jason Lively after declining to reprise his role, the production crew decided to recast both children.

National Lampoon’s Christmas Vacation came out in 1989 and was directed by Jeremiah S. Chechik.  Serving as the third installment of the series, it was written by John Hughes and was bsed off of his short story titled Christmas ’59.  Bringing Chevy Chase, Beverly D’Angelo and Randy Quaid back to reprise their roles, the children are recast again with Juliette Lewis and Johnny Galecki as Audrey and Rusty respectively.  Since its release, this film has been labeled as a modern Christmas classic and is the only sequel in the Vacation series to have spawned its own direct sequel: a 2003 made-for-TV release titled National Lampoon’s Christmas Vacation 2: Cousin Eddie’s Island Adventure. This film has achieved five home video releases; VHS and Laserdisc in early 1990, a bare bones DVD in 1997, a “Special Edition” DVD in 2003, a standard Bluray/DVD Combo Pack, followed by a Steelbook Blu-ray in 2015.

National Lampoon’s Vegas Vacation was released in 1997 and directed by Stephen Kessler.  It is the fourth and final installment of the original National Lampoon’s Vacation series, and was written by Elisa Bell and was based off of a story by Bell and Bob Ducsay.  Featuring Chevy Chase, Beverly D’Angelo and Randy Quaid and a whole new set of children with Ethan Embry and Marisol Nichol as Rusty and Audrey respectively.  This film opened at #4 at the box office and grossed over $36.4 million in the US.  Vegas Vacation became the first theatrical Vacation film to not carry the “National Lampoon” label or have any screenwriting credit from John Hughes. 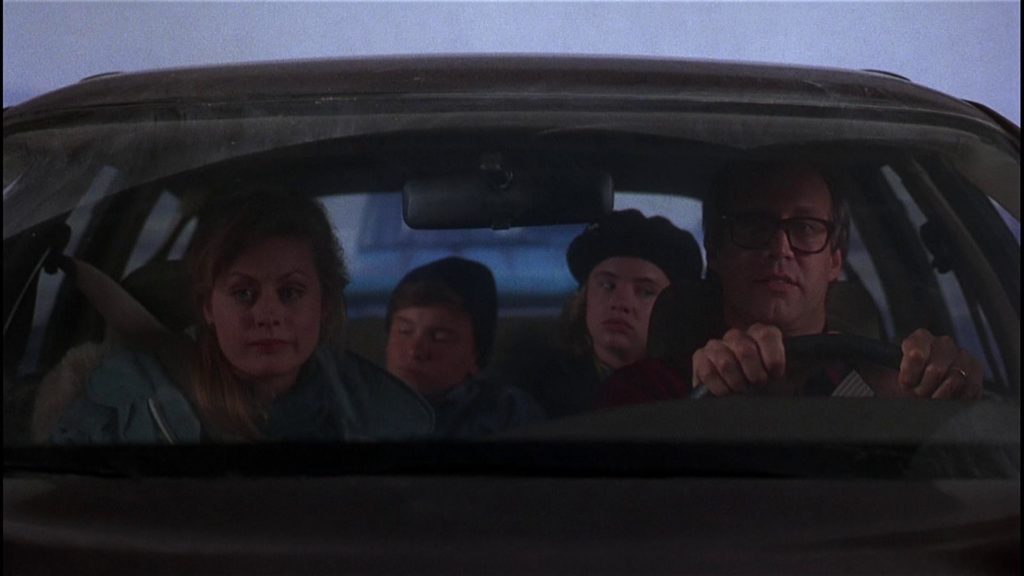 I’ve personally always been a big fan of the Vacation movies.  Having first seen them back when I was in high school, they have always been a memorable set of films that have allowed me and whoever I was watching with to enjoy a good belly laugh.  Seeing that this set was available was really great because these films still deserve every ounce of love that they get today.  Whether it be Clark going off on a wild tangent because he’s tired of all of the disastrous things that has been happening or having an extremely embarrassing moment because he’s having a discussion with an attractive female.  The nice thing about these movies is they can be extremely relatable to a lot of people and it allows for greater appreciation for his attempts at family unity.

As we move through the series, there are a handful of items that connect the films together for continuity in the storyline.  While the majority of them are blatantly obvious, there was one particular one that I didn’t catch on as I watched through this set and thought that they would be something nice to share after doing a little bit of research.

Coming at us with the ever-loving 1080p resolution, the films contained within The Ultimate Vacation Collection really got all of the love that they deserved.  Being such a nostalgic series in many households, this release allows for audiences to enjoy a crisp, clear and vivid remastering of the original films.  Being able to completely see and make out everything as their stories are told without having to excessively squint or stare at your television screen, this set is just beautiful.

Each of the films within The Ultimate Vacation Collection comes with a DTS-HD Master Audio 5.1 track, allowing audiences to feel as if they were right there in the middle of the Griswold family vacation fun.  Being able to feel as if you were right there on the roller coaster in Vacation and hearing the ambient sounds of other theme park rides to sitting in a casino in Europe and hearing the winning sound come from slot machines out of your surround speakers.  This set does not disappoint in terms of audio.

However, one thing that really should be noted with this release was with the audio track on Vacation.  As the family sets off for their cross-country trip, the Family Truckster sports a considerably obnoxious squeak while the family drives down the road.  Initially it was really noticeable, but as the film progressed it wasn’t as much an annoyance. 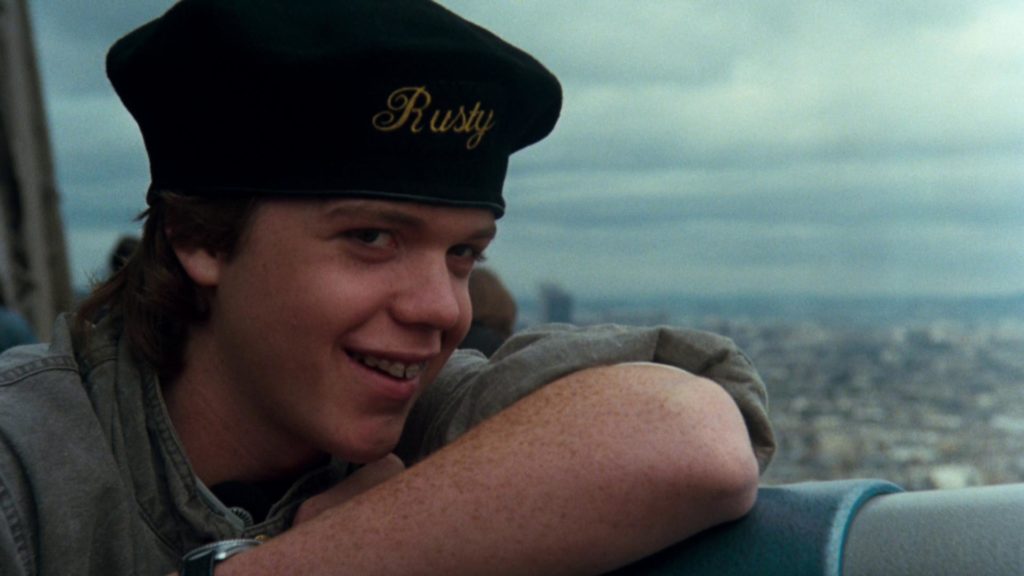 The Ultimate Vacation Collection comes packaged just like every other Region-Free Blu-ray set that I’ve imported from the UK.  Except, there are two UK amaray Blu-ray cases, each containing 2 of the films.  Each of the films are available on the standard Blu-ray disc and nothing else in this set.  There is no DVD copy nor is there any digital copy redemption pamphlets.  The two cases are also surrounded by a thicker cardboard slipcover to allow for a more unified look of the collection when sitting on the shelf.

I do have one complaint in terms of the packaging of this release and that is the artwork.  While they are boasting the fact that it’s the National Lampoon’s Vacation Set, they used some of the most generic artwork imaginable for such a notorious series of films.  I would have loved to have seen a much more inclusive piece of artwork that was made from each of the four films and not have so much of a plain look to them.

The Ultimate Vacation Collection comes loaded to the brim with additional content.  While some of the discs contain more content than others, this set really does not disappoint.  Included with these discs are: 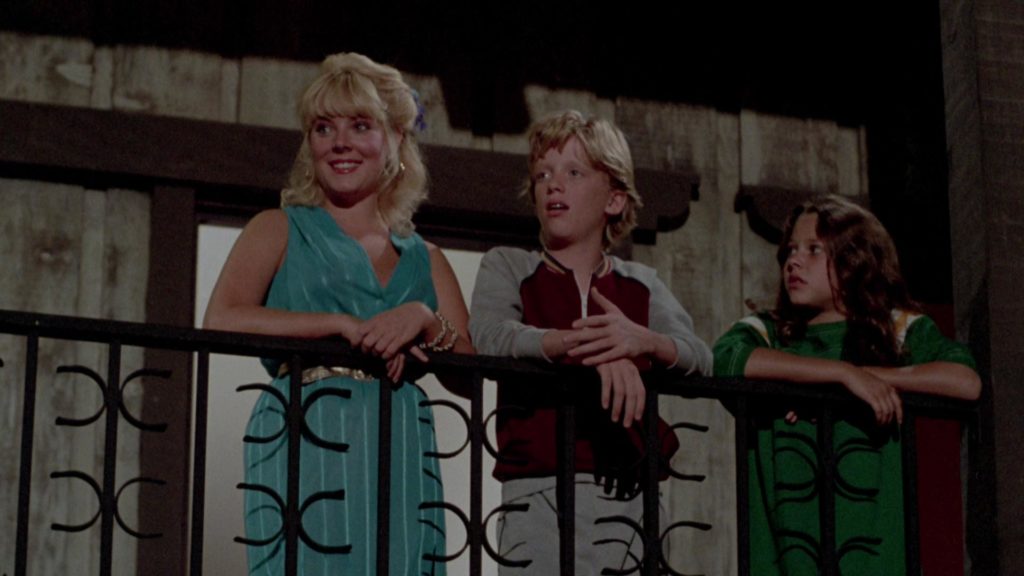 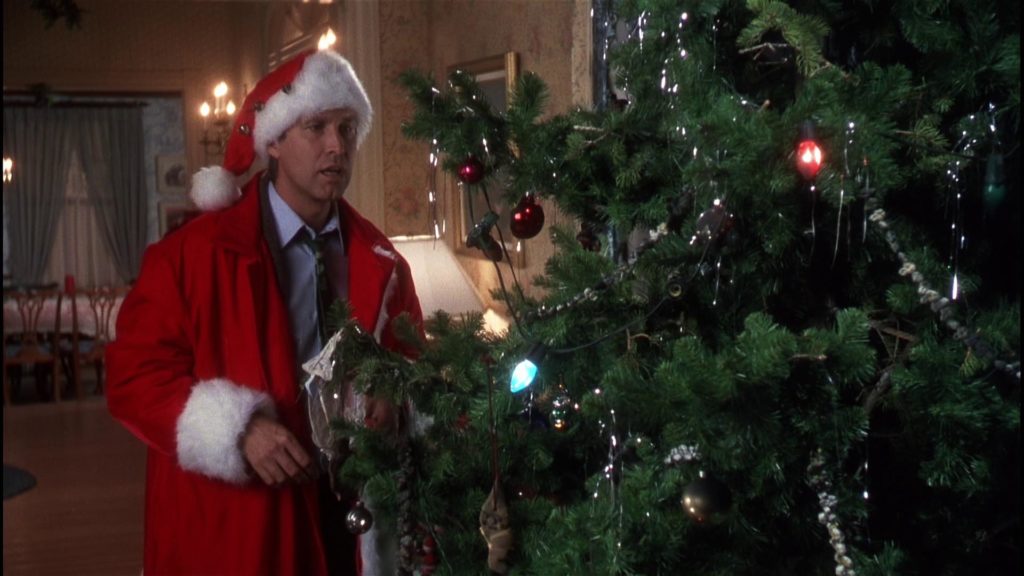 I was really happy to have purchased the Region Free Blu-ray box set of The Ultimate Vacation Collection.Amazon UK  Having been quite a while since I had watched any of these films in their entirety, and that they were on sale at Amazon UK as part of the pre-Black Friday sales, it was finally time to upgrade my old DVD copies.  The visual and audible presentation that these films offered were great; the bonus content was phenomenal and helped me to explore further into these films.  If you’re looking to add this set to your personal library, I would definitely recommend it!  You can order it today from.