Up to bat today is a two back of film from Cohen Media Group, Two Films from Director Douglas Sirk.

A Scandal in Paris, directed by Douglas Sirk and released to theaters in 1946 by United Artists, starts off fast, introducing you to our main character, Vidocq, and explaining how his mother constantly committed crimes in order to give birth to her 12 babies under the safe conditions of living in prison. Having began his life in a scummy prison, he spends most of his life bouncing in and out of prison, where he is at the start of the film. 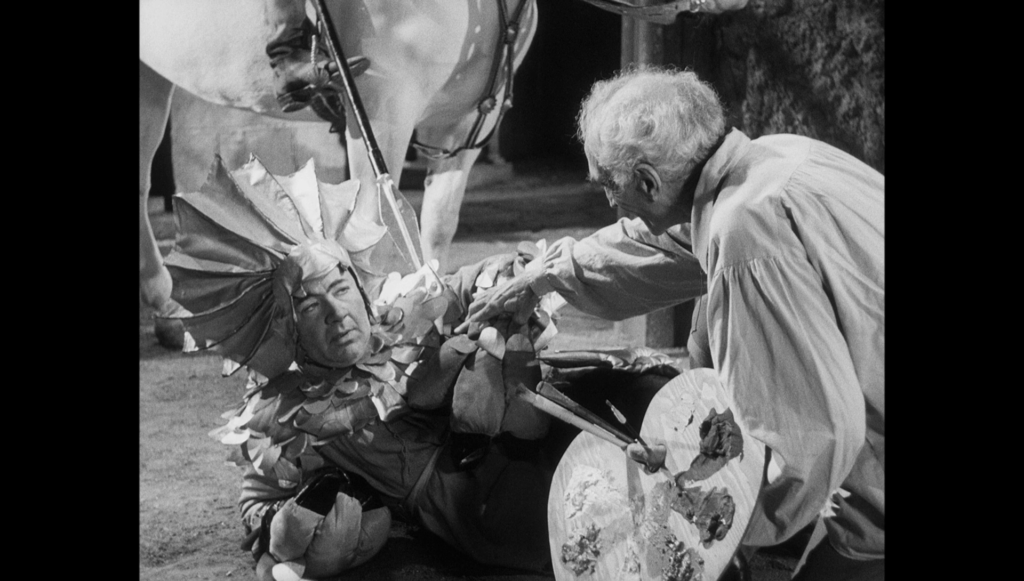 The scandal refereed to in the title is of course, a series of crimes that leave Vidocq and his companion, Emile, in a position of unimaginable power. Together with the help of Emile’s bizarre family, they escape prison together, falsify their way into the army, and leave after two years to return to a life of petty crime. Heading to Paris, Vidocq befriends the Minister of Police, and falls for his daughter, Therese, and through a series of deceptions becomes the chief of police for all of Paris. He proceeds to place all of his treacherous friends and family in positions of power all over Paris, planning to get away with the biggest heist the city has ever seen. 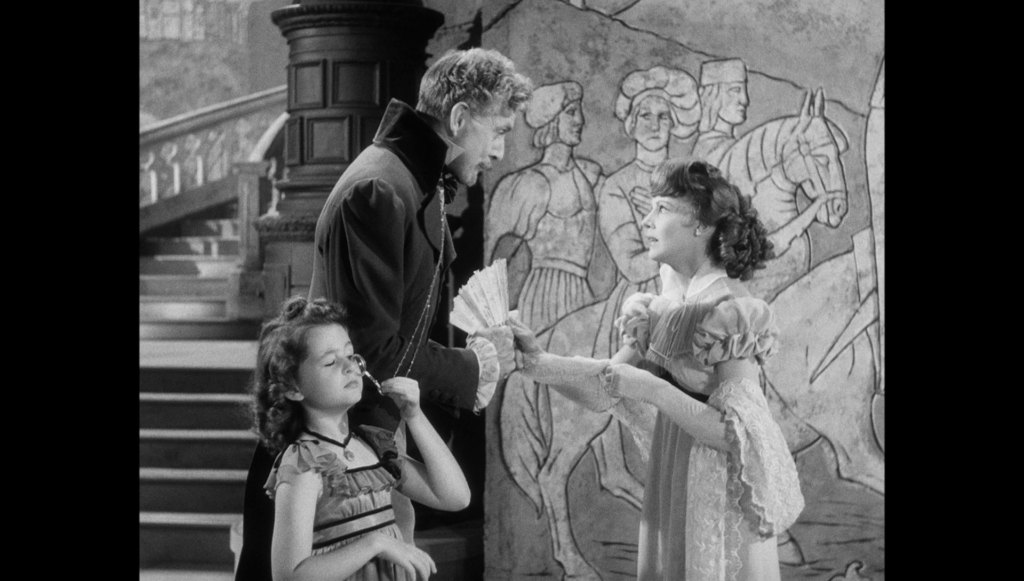 A Scandal in Paris is quite the unlikely story, painting a picture of Paris as a city of fools, as Vidocq walks all over everyone – police ministers, women, and his friends alike. Played somewhat dispassionately by English actor George Sanders, Vidoqc spends the most of the film’s run-time acting smug, and self aware as to how clever he is compared to the rest of the film’s cast of characters. It doesn’t exactly endear you much to the character, as he robs everyone he meets, and then proceeds to gloat, even if through body language, about how smart his plans were. His sidekick Emile however, played by Armemian actor Akim Tamiroff, is quite the opposite. He’s a far goofier and warmer character, who just seems to get caught up in the convoluted schemes that Vidocq has cooked up. He gets swept up by his charisma, and gets taken along for the ride.

The rest of the cast, even the film’s romantic leads for Vidocq are played by a cast of flat, unmemorable actors. It’s clear that Sirk wanted to make a film primarily about Vidocq, and as a result everyone else kind of fades into the background. The film has decent production values, presenting a small slice of the larger city of Paris in great detail, with good set design and decent costumes, but its not necessarily the grandest production I’ve ever come across. The film’s score and sound design is pretty unmemorable, most likely due to the production’s less than prestige nature. 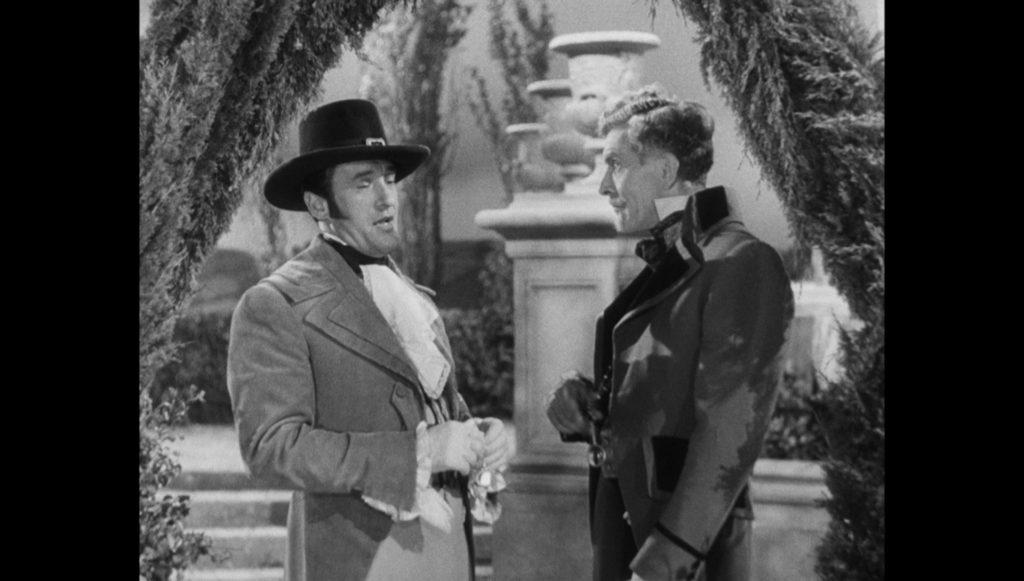 A Scandal in Paris is a ridiculous movie, that pressed my ability to suspend my disbelief, especially as its story resolves. Vidocq gets away with EVERYTHING, and somehow always ends up on top, and in the good graces of everyone in the least satisfying way. If you’re a big George Sanders fan, or don’t mind a film without much weight or consequences of any kind, check this one out.

I was born in the 1990s, a time well after Lucille Ball’s time on I Love Lucy, which is most likely what she’s most well known for in this day and age. As a result, I was surprised to see her get top billing for a serious thriller of sorts, Douglas Sirk’s 1947 murder investigation film, Lured. Having never seen her in a dramatic role, I set sail without any expectations. Luckily for all of us, I was incredibly pleased.

Lured drops us in the middle of an on going series of murders, linked only by the disappearance of beautiful women and a different poem left behind for each victim. Having been close with one of the most recent girls to go missing, Sandra Carpenter, a dancer at a small club, is asked by the inspector on the case to temporarily join the ranks of the police force in order to see that justice is brought to the murder. She’s assigned a partner/bodyguard, H. R. Barrett, and goes off to follow a chain of wanted ads in the paper that match the leads the police have had on the case. During her travels, she meets and falls for dashing stage producer Robert Flemming, and through the course of the film, they become engaged. As she continues her search for the killer, she finds evidence that brings the case close to home, jeopardizing her safety, and her relationship, as the police continue to hunt down the murder. 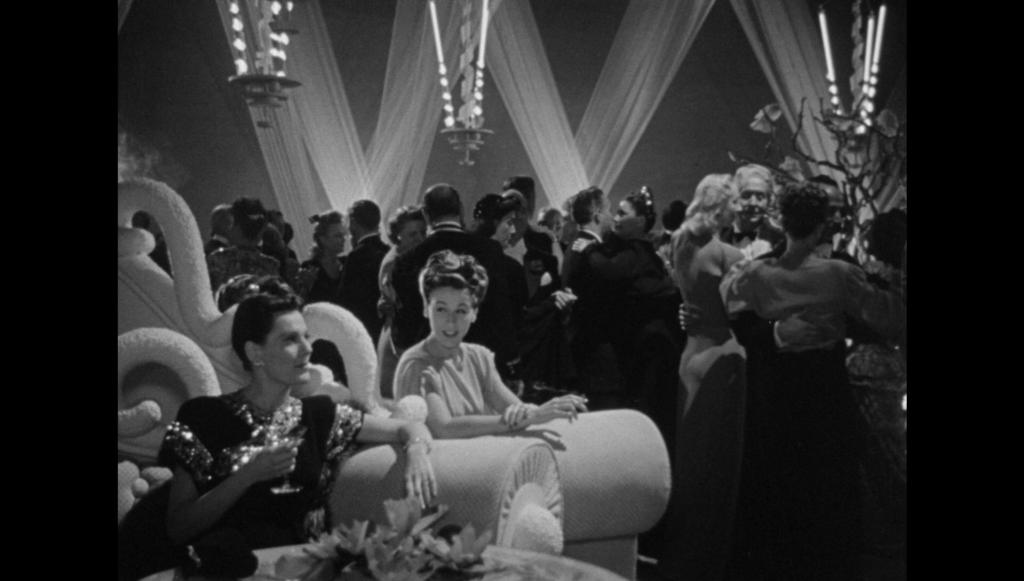 Lured is a briskly paced, tightly scripted film that under the right director could have become very dark. Instead however, Sirk and his crew decided to keep things light, choosing to embrace Ball’s ability to pull off comedy, and play off of some twists that lead to a satisfying, if not predictable conclusion. It twists and turns into its climax, but you never truly feel as if you’re in for any real danger – a consequence of not only the 40s Hollywood style of directing and writing, but also because of the film’s brightly lit sets and Broadway-esque themes that surface at several moments throughout the film. Lucille Ball plays the lead with a good amount of enthusiasm, showing off her ability to both play it straight and drag up some laughs when appropriate. Her romantic lead, played by George Sanders in contrast, plays his role with little energy or likability, especially when contrasted to the rest of the film’s supporting cast, which includes an insane Boris Karloff, and a delightful performance by George Zucco as Sandra’s police partner.

Of the two films in this collection, I can easily say that I much preferred Lured to A Scandal in Paris. The performances were better, the story was more engaging and believable, and it overall felt like a more grounded experience, one that I could easily see myself revisiting again in the future. The film is well edited, has a good script, and is a light, but worthy watch.

Shot on 4-perf 35mm film, A Scandal is Paris has been given a new scan for the film’s HD presentation, preserving its original 1.33:1 aspect ratio. The film is presented on Blu-ray in 1080p, presumably from a 2K scan of whatever materials were still available to work with. 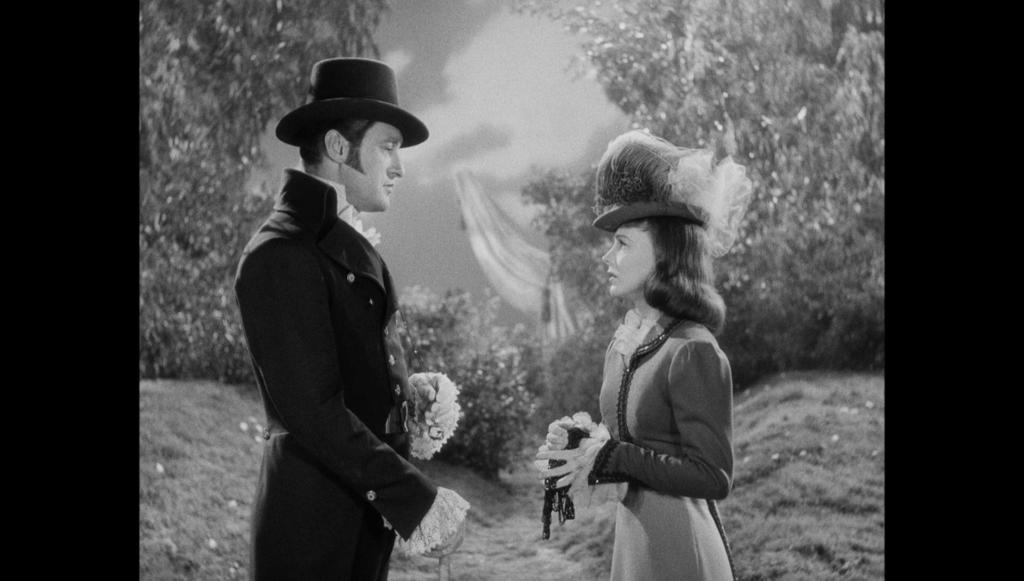 The film’s visual transfer starts off rough, with plenty of print damage, and dirt marring the opening titles. Luckily, things clean up soon afterwards, with the majority of the featuring featuring a nice, but fairly grainy black and white image. Detail is fairly limited, due to the nature of the source, and contrast won’t blow you away by any means. On occasion, there is some picture instability, and damage, but without a much larger scale restoration effort, I doubt we’ll see A Scandal in Paris looking much better than it does here. 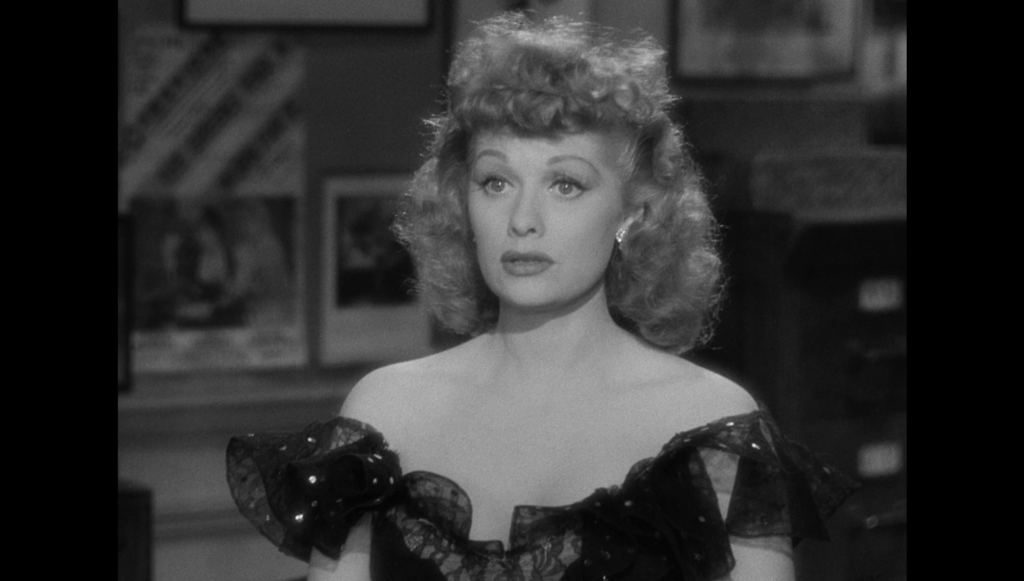 Man. Lured was by far my favorite of these two films, but it looks like someone dropped the film materials down a flight of sand paper covered stairs. Image stability is all over the place, bobbing, weaving, and sometimes going as far as jumping at what I can only assume is a few reel changes. The print is covered with white damage marks, and scratches throughout most of the feature. From a distance, it looks fine, but sitting on my couch, it was painfully noticeable. Surprisingly, I felt detail and sharpness under the damage was quite pleasing, and the image has excellent contrast and a solid grain layer. I just wish it had seen a proper clean up, or you know, any clean up job at all. 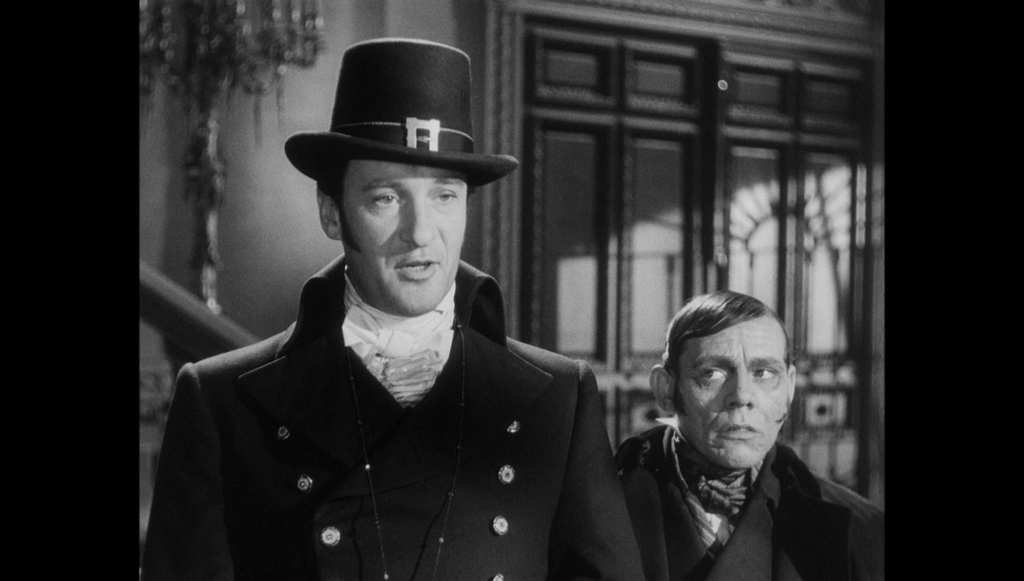 A Scandal in Paris is presented in mono as intended, via a 2.0 LPCM soundtrack. Typically films of this age are carefully treated with the finest digital tools to reduce distortion and analog artifacts such as loud hissing in the background. Such is not the case for this film, which makes listening to the soundtrack quite a chore. Voices are many times indistinct from the heavy background hiss, and pops and clicks abound. It just sounds flat and ugly. 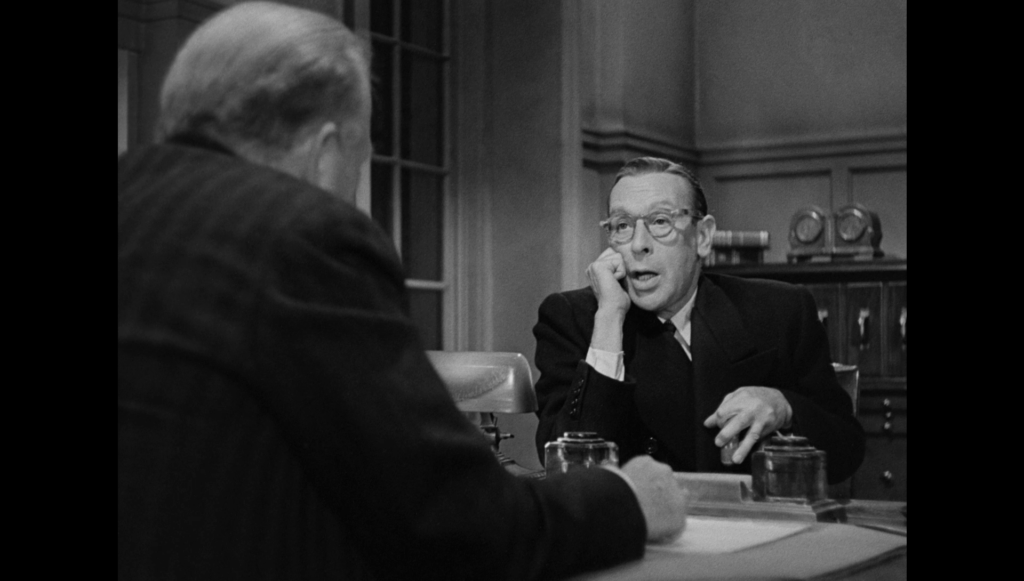 Lured is presented in 2.0 LPCM mono sound. The film, much like its video presentation, is incredibly rough. Pops clicks, and surface noise are all over the place. That being considered, it sounds pretty clear, and is much easier to understand than A Scandal in Paris. It isn’t amazing sounding, even for mono, but it gets the job done. I just wish it was cleaner.

Two Films from Douglas Sirk, released to home video by Douglas Sirk, is packaged in the standard blue keepcase. The front artwork features a composite of two frames, one from each film, with titles placed over the images, as well as the title of the release. This is of course, surrounded by the typical Cohen Film Collection banner, this time in black and white instead of the traditional red and black. The back artwork is really just a smattering of paragraphs about each film, credits, and technical info as well as features listed, surrounded by the same black and white banner. Inside the case, we have a lovely booklet that features frames from each film, as well as chapter, cast, and credits listed. Behind the discs is a lovely reframed image from Lured, featuring Lucille Ball and George Sanders. Not exactly the most tantalizing offer from Cohen. 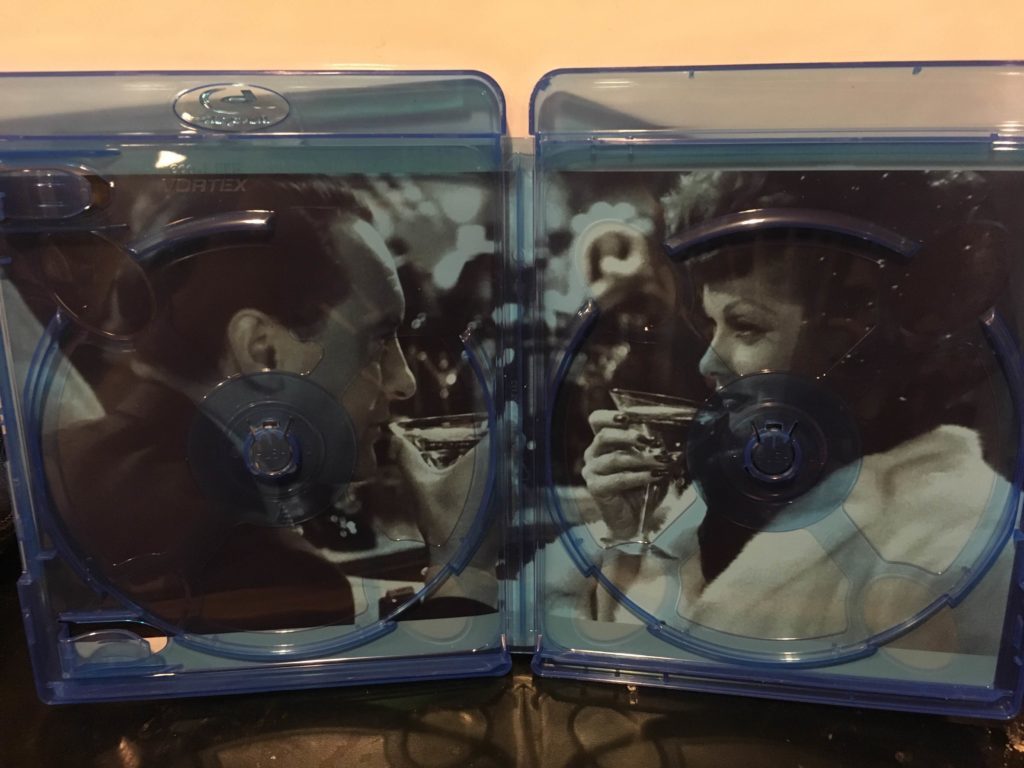 In typical Cohen fashion, the features are a light offering at best, and in this case, really only for fans of Douglas Sirk, and these two film. The packaging, in contrast to your average Cohen release, is pretty bland. As such, this section is about as impressive as the rest of this release. 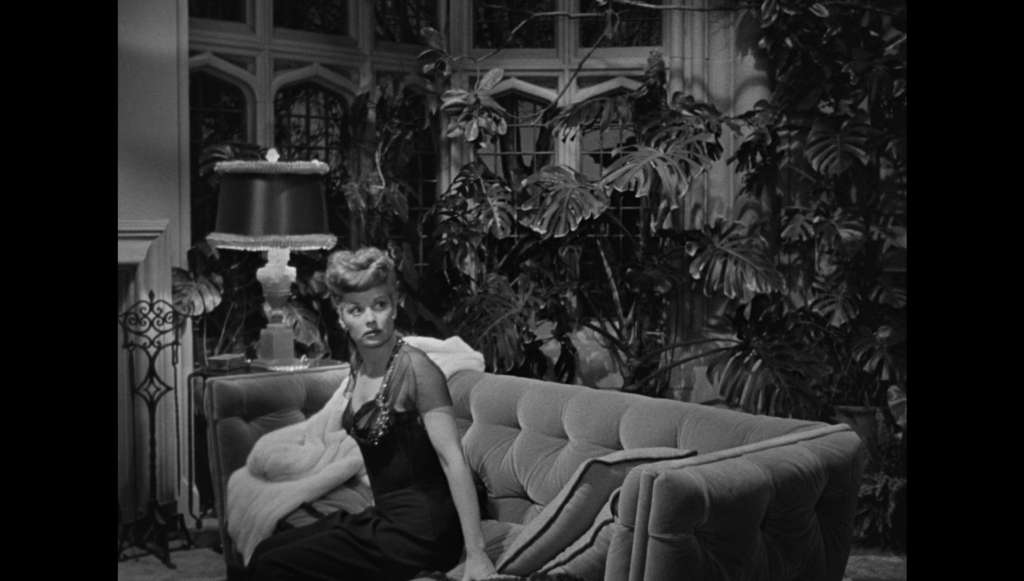 Cohen Film Collection’s Two Films from Director Douglas Sirk features two films that are so completely different, that it’s difficult to judge them as a complete package. Lured is a fun, tense and well scripted thriller of sorts starring Lucille Ball. A Scandal in Paris is just pure absurdity from start to finish, presenting the tale of a man who lied, cheated and robbed himself to the top of the ladder, just to get away with it all. Neither film has received much of a grand restoration, with plenty of visual damage and issues, as well as pretty ugly audio presentations. The lack of non-commentary features as well as pretty unimpressive features makes this release tough to recommend for all that aren’t the most diehard Douglas Sirk fans,