Twilight is a 2008 American romantic fantasy film that is based on Stephenie Meyer’s novel of the same name. Directed by Catherine Hardwicke, the film stars Kristen Stewart and Robert Pattinson. It is the first film in The Twilight Saga film series. The film focuses on the development of the relationship between Bella Swan (a teenage girl) and Edward Cullen (a vampire), and the subsequent efforts of Edward and his family to keep Bella safe from a coven of evil vampires.

The project was in development for approximately three years at Paramount Pictures, during which time a screen adaptation that differed significantly from the novel was written. Summit Entertainment acquired the rights to the novel after three years of the project’s stagnant development. Melissa Rosenberg wrote a new adaptation of the novel shortly before the 2007-2008 Writers Guild of America strike and sought to be faithful to the novel’s storyline. Principal photography took 44 days, and completed on May 2, 2008; the film was primarily shot in Oregon. 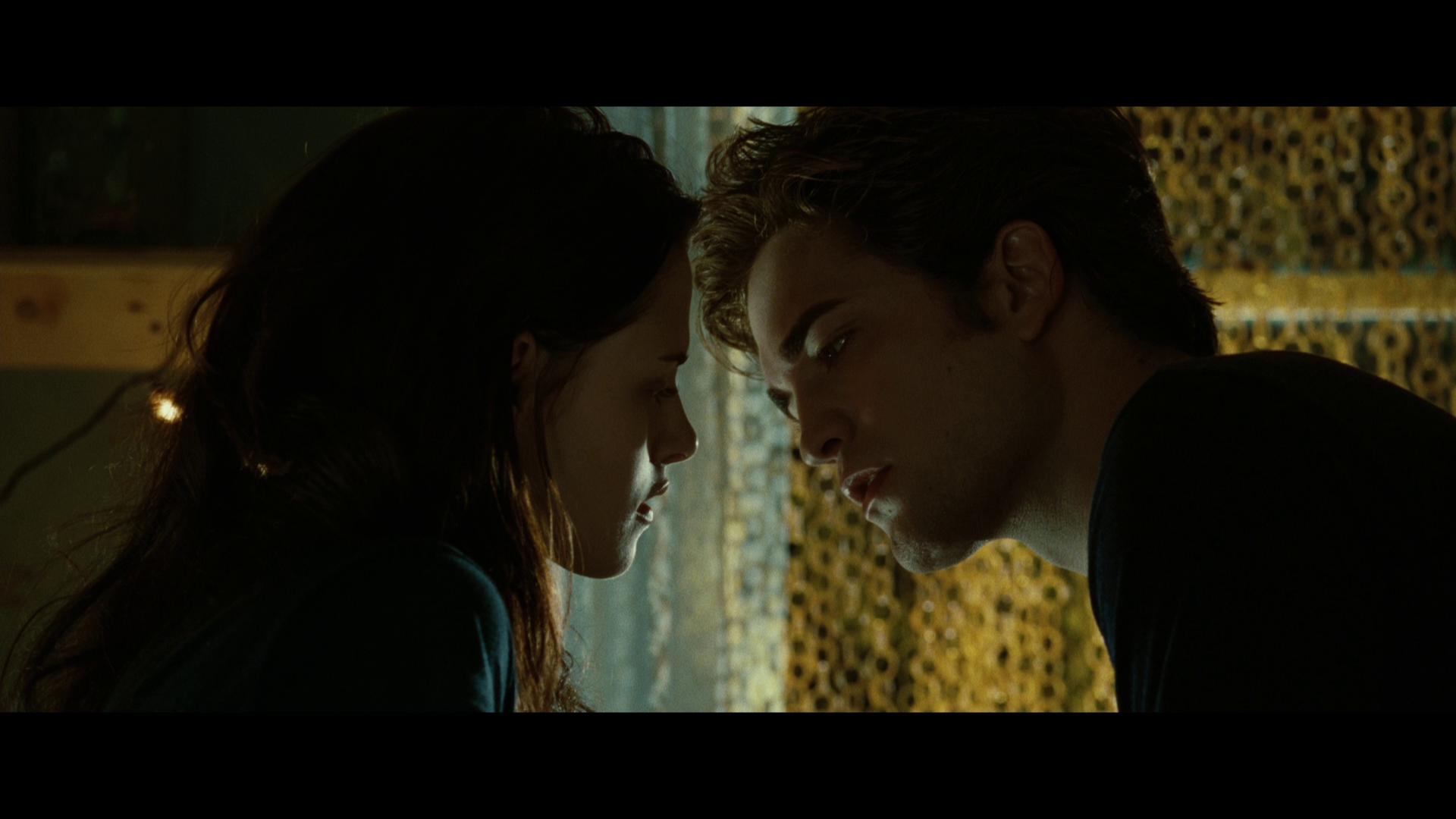 Twilight is a movie, that while I’m not a huge fan of the premise or the stylization of the vampires (they don’t sparkle!) in this saga, is an initiation that is clearly directed at those who are familiar with the novelization. If you’re unfamiliar with the books, then you’re not going to be very interested. Originally created as a Harry Potter fan fiction, the story that’s given is one that depicts romance and the dedication to protect, is an interesting one. I will be first to admit that I’ve never read the books, nor have I ever had any interest in doing so, but I would consider this movie to be one of the better book-to-screen adaptations that I’ve seen. It’s enough to get by for someone like me, despite its problems. 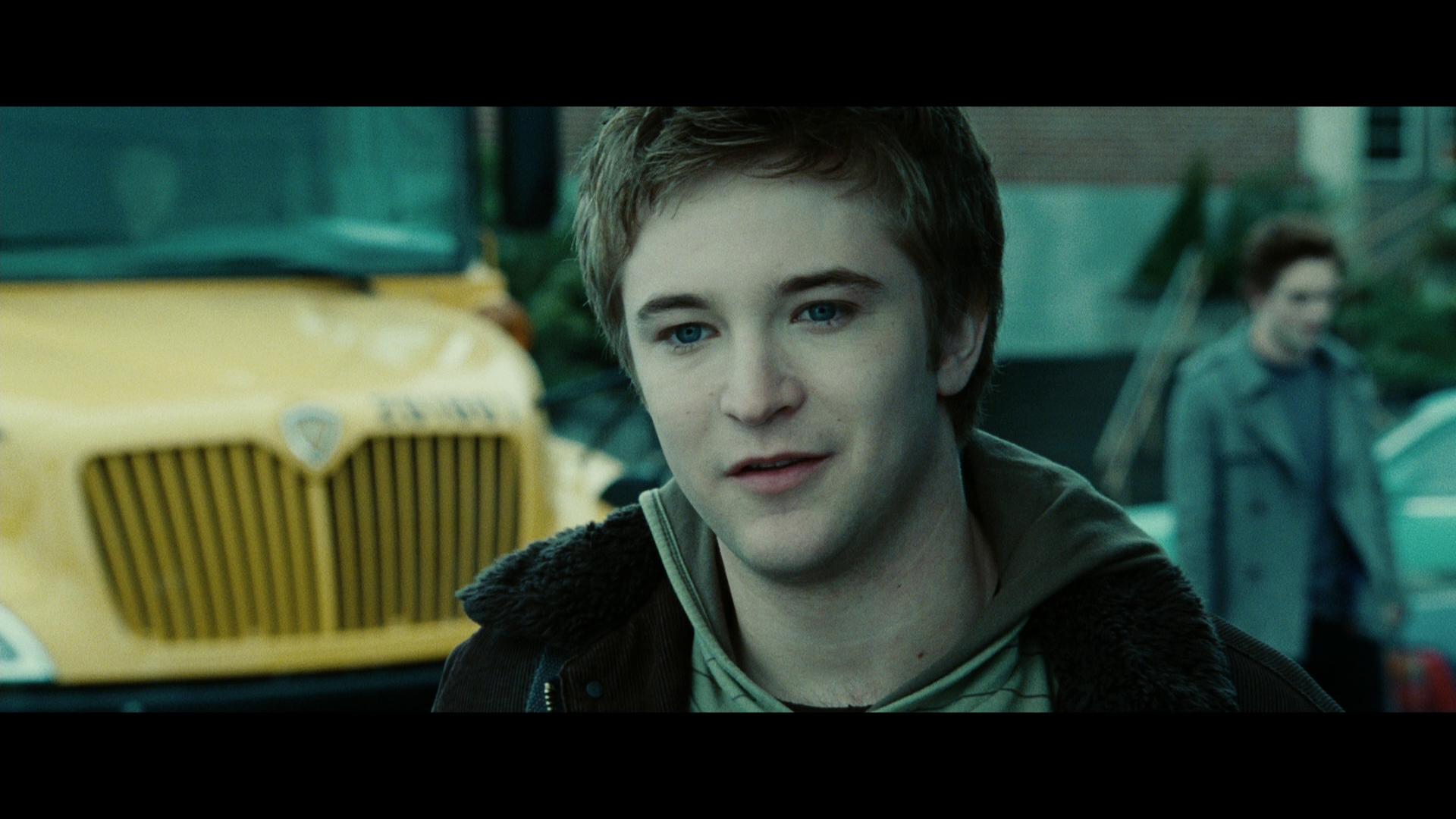 The 4K release of Twilight, while it’s definitely not going to be everyone’s favorite, is one that really does a phenomenal job with its utilization of Dolby Vision.  Offering not only some of the most eye-pleasing scenic visuals, but the integration of the CGI into the natural elements blended so well that it added a really nice and realistic level of detail that made everything really fit together.  If I were to pick a sequence that really stood out more than others, I would have to go with those that take place in the wooded areas.  Mostly because of how beautiful the scenery looked, but the vivid color palette in contrast to everything else really shined on my living room TV. 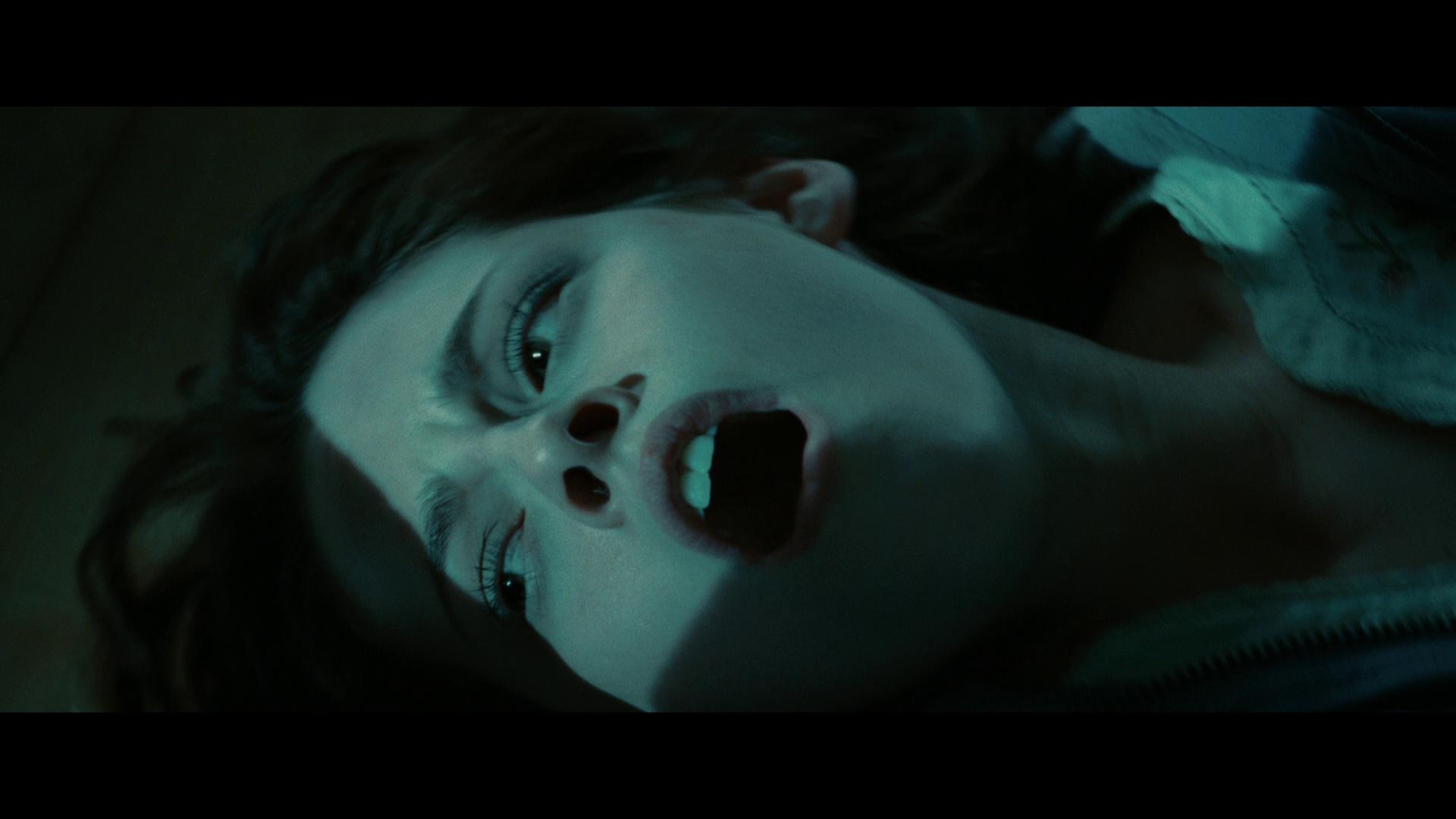 Bundled with an all new, and freshly remastered Dolby Atmos audio track, the 4K UHD release of Twilight certainly does its job at offering a completely immersive experience for its viewers with an Atmos system at home.  Making use of each of the elements in the track, the flow from channel to channel was effortless, and really brought the immersion together.  Dialogue is spoken cleanly, ensuring that everyone is able to be heard and understood without any kind of volume adjustments necessary. 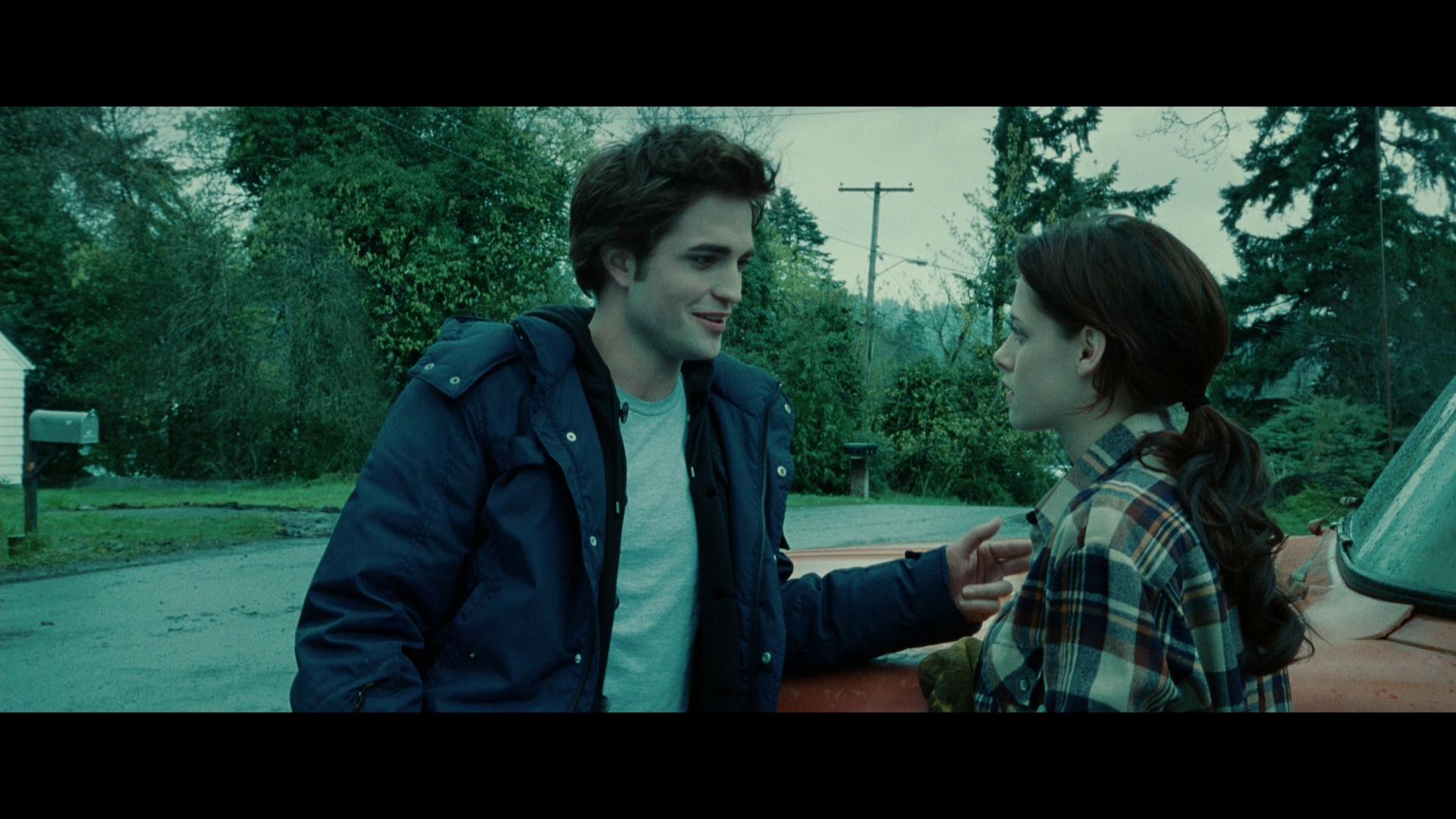 The UHD release of Twilight comes packaged in your standard two-disc UHD amaray case.  Within the case is the standard 4K UHD copy of the movie, and the standard Blu-ray copy.  The UHD features the same piece of artwork that’s made available on the case, while the Blu-ray offers a differing piece of artwork that is still relative to the movie.  There’s also a digital copy redemption pamphlet for the various streaming platforms as well as a slipcover that is made available during the original pressing that features the same artwork that’s been included on the case. 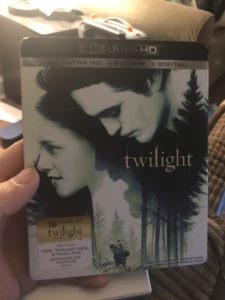 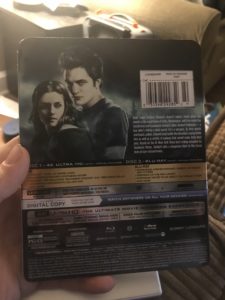 The 4K release of Twilight is the first of it’s kind, in that it comes packaged with completely different special features when comparing the UHD disc to the Blu-ray.  While offering a unique set of features between the two discs, the content that’s been included not only offers a pretty extensive look at the behind-the-scenes work, but also expands upon the storyline and the experiences that the cast and crew all had shared during the filming of this movie.  Included with this release is: 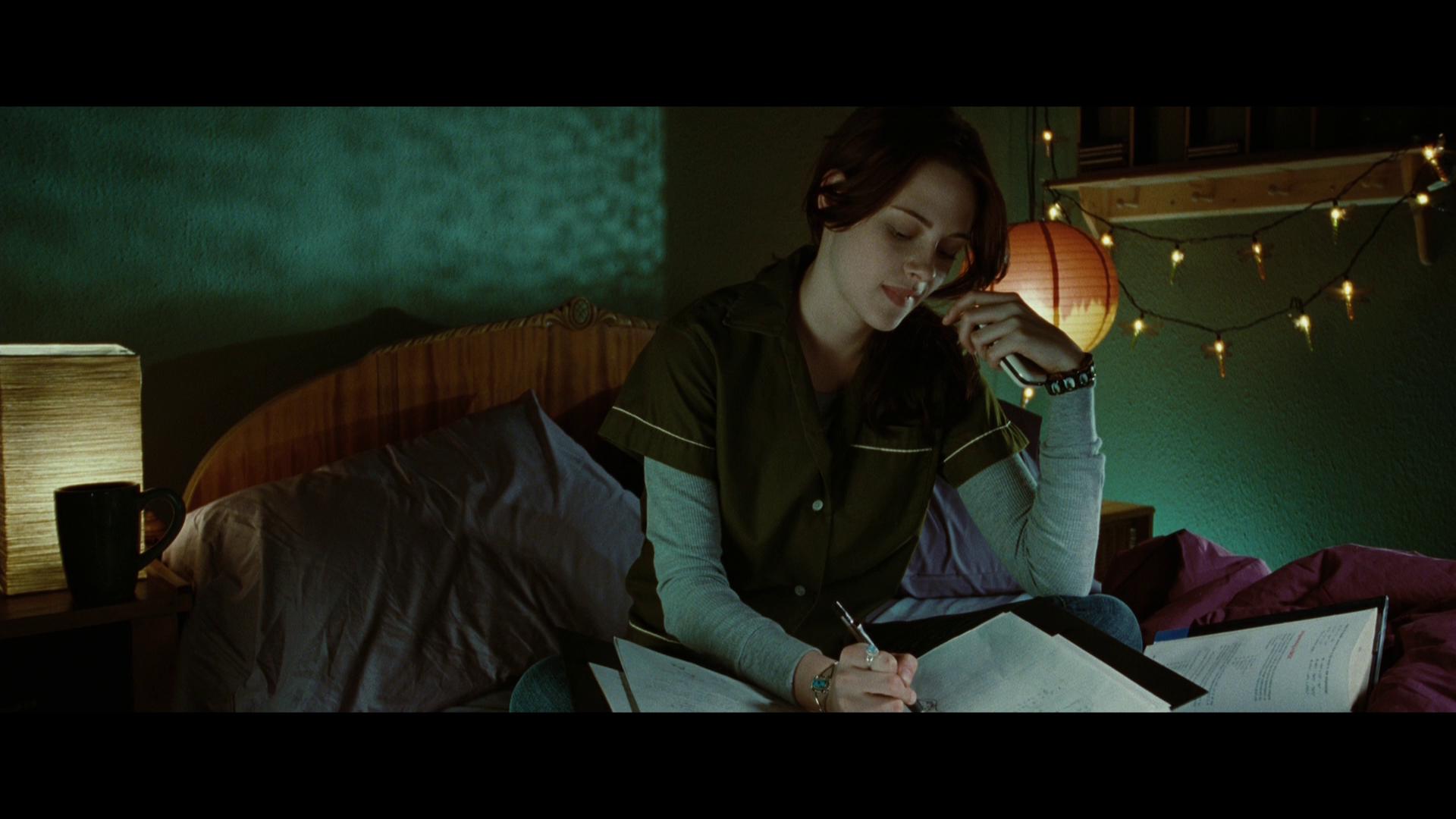 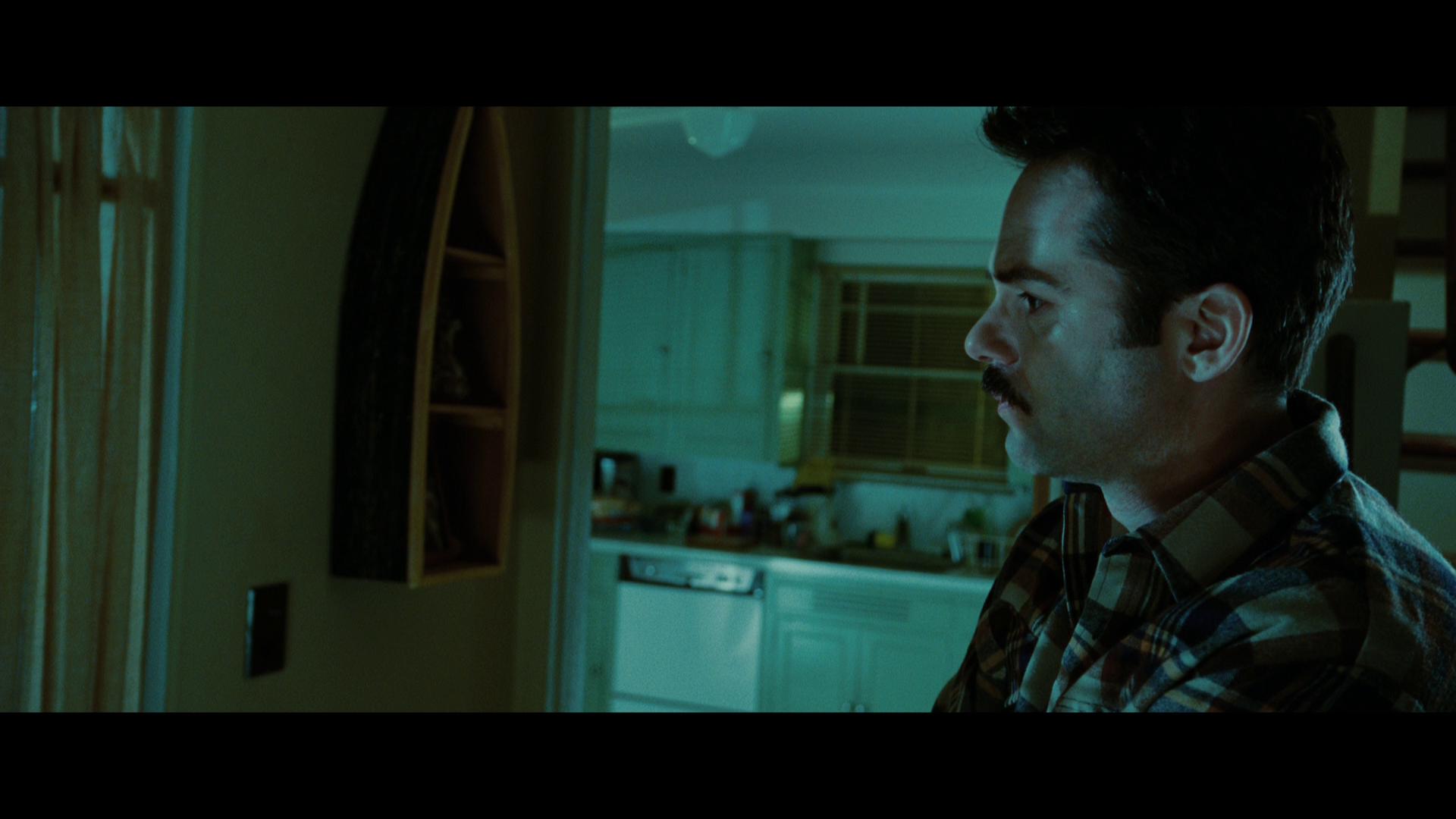 Overall, I wasn’t really the biggest fan of Twilight, mostly as a result of some personal gripes and the fact that romance movies aren’t really my cup of tea.  However, it is one of the better book-to-screen adaptations that I’ve seen over the years.  The visual and audio presentation of the 4K release is solidly done, and you can really tell that there had been a lot of attention to detail as they were remastering this movie.  Special features are considerably well executed, and offered in a way that I have personally not seen with a 4K release yet.  If you’re considering this release for your collection, I can only really recommend it if you’re a fan of the saga, even if you already have one of the previously released Blu-ray copies as it is certainly a worthwhile upgrade.  Twilight will be available on 4K UHD beginning on Tuesday, October 23. 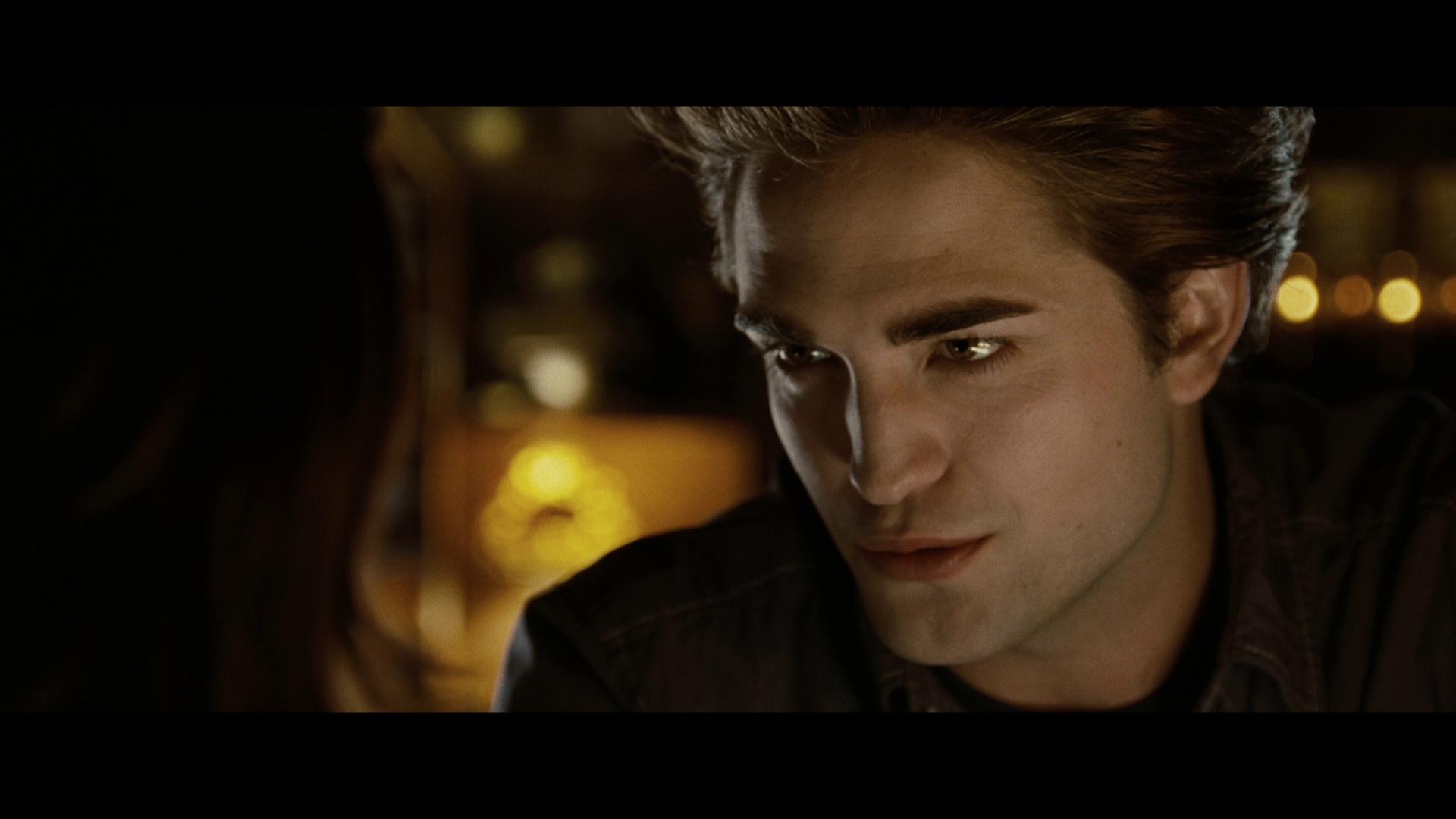