Trolls is a 2016 American 3D computer-animated musical adventure romantic comedy film that is based on the Troll dolls that were created by Thomas Dam.  The film was directed by Mike Mitchell and co-directed by Walt Dohrn; and was written by Jonathan Aibel and Glenn Berger.  The film is based on a story that was written by Erica Rivinoja and features the voices of Anna Kendrick, Justin Timberlake, Zooey Deschanel, Russell Brand, James Corden and Gwen Stefani.  The story revolves around two trolls who are on a quest to save their village from destruction by the Bergens, a community of creatures who eat trolls as a means of finding happiness.

This movie is the 33rd animated feature film that was produced by DreamWorks Animation, and made its premier on October 8, 2016 at the BFI London Film Festival and made its US theatrical debut on November 4, 2016 by 20th Century Fox.  Overall, the film received generally positive reviews from film critics.  In the US and Canada, it was released alongside Doctor Strange and Hacksaw Ridge and was projected to gross $35-40 million from the 4,060 theaters playing it during opening weekend.  On its first day, it grossed $12.3 million (including $900,000 from Thursday night previews) and it went on to open to $46.5 million, finishing second at the Box Office behind Doctor Strange. In the end, Trolls brought in just over $338 million worldwide against its $125 million operating budget and it received an Academy Award nomination for Best Original Song for “Can’t Stop The Feeling!” 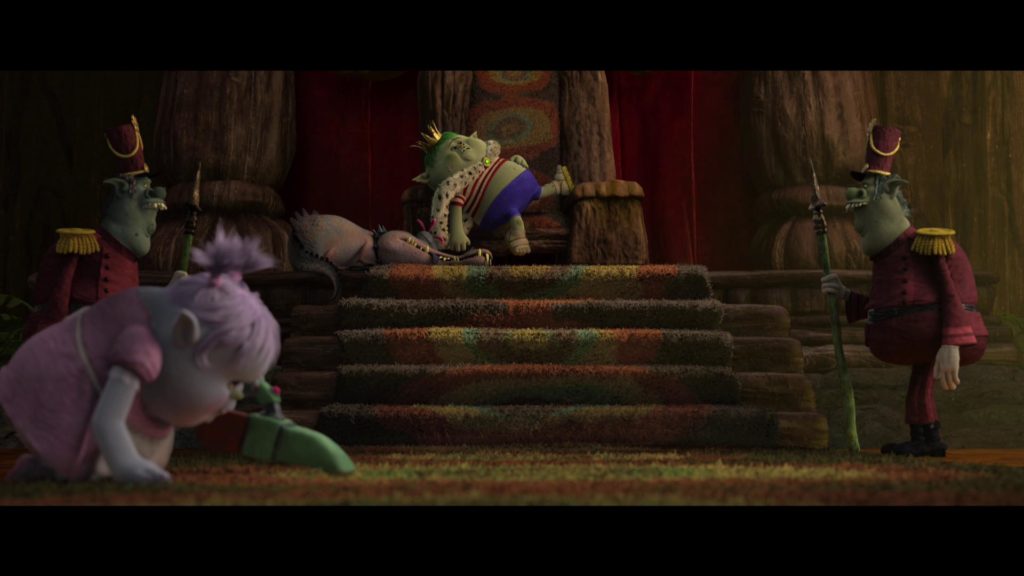 Overall, Trolls wasn’t all that bad.  I mean, a film like this is definitely directed more toward younger audiences; but for what it was worth I wasn’t disappointed by it.  The story that’s provided has all sorts of adventure and mystery that allows audience members young and old to be able to follow along without any issue whatsoever.  There were a few notable parts where there were some attempts at witty comments from the characters that allowed the older audience members to laugh.  And I’m not necessarily talking about a hard laugh, but more of a chuckle.  After that, there were some songs sung that were edits of songs that are popular today.  It wasn’t all that bad. 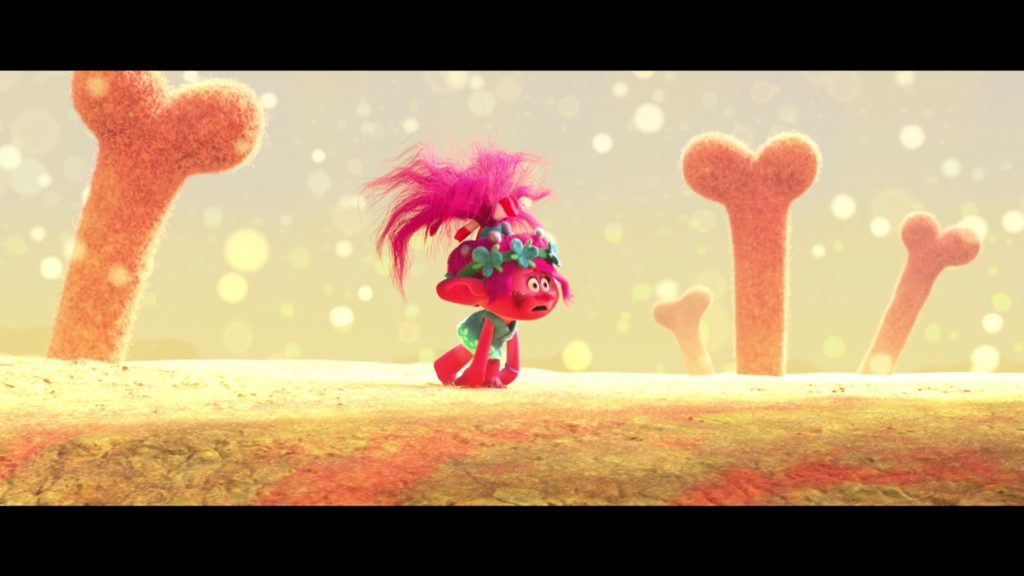 Coming at us with a 1080p resolution, Trolls absolutely shined on my living room television.  Giving home audiences an extremely vast and colorful presentation as the story moved along, the film looked absolutely beautiful.  Even during the more darker toned scenes that played out, the overall video presentation was crisp, clear and really popped.  After watching through this the other night, you can definitely tell that there was a lot of effort put into the visuals ensuring that the production crew gave a really solid viewing experience for theater go’ers and home audiences. 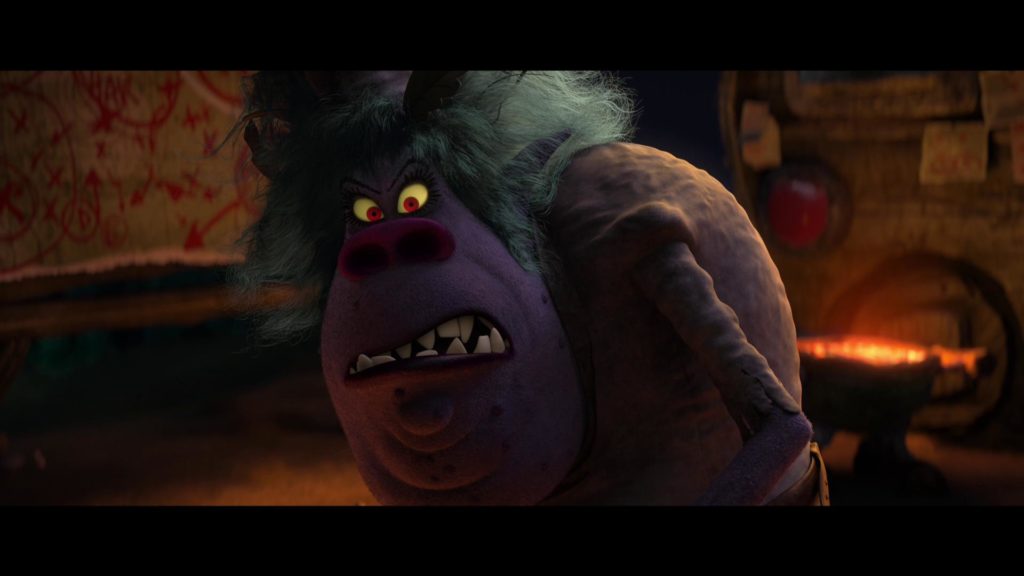 Trolls comes packaged with a DTS-HD Master Audio 7.1 audio track, allowing consumers an all-out immersive experience into the world of the Trolls and Bergen.  Being able to completely absorb the environment around the characters allows one to truly appreciate the work that went into making an animated feature like this.  The production crew certainly made use of the technologies that are associated with DTS-HD 7.1.  As the sound billowed through my home theater system, it felt as if my wife and I were right there in the middle of the story.  Everything from the ambient audio effects that take place out in the middle of the woods to the crowd rioting in Bergen Town, this Blu-ray release sounded absolutely beautiful. 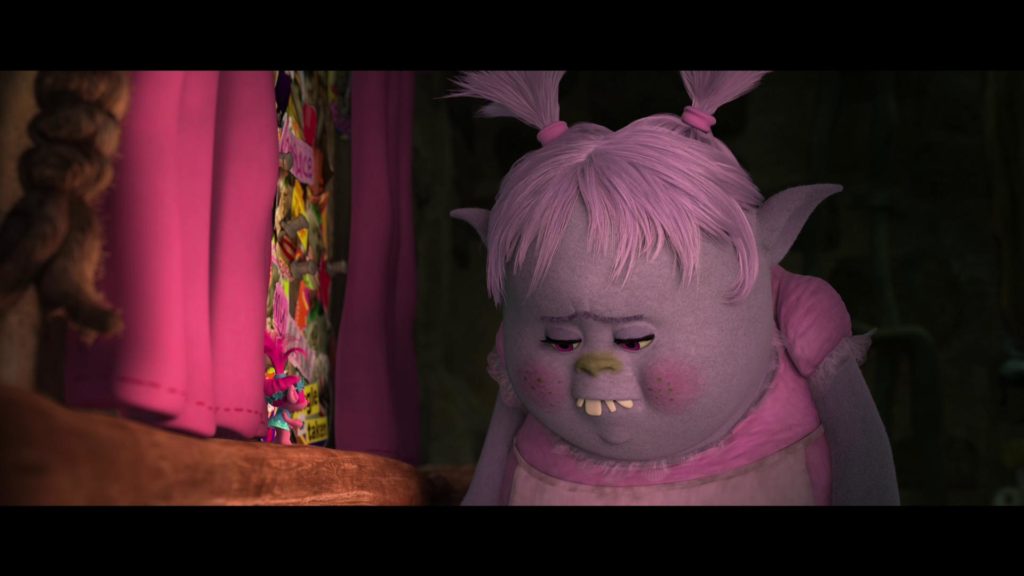 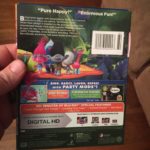 There are three other releases that are available.  Target has made an exclusive release available and from what I can tell, it includes an exclusive slipcover as well as an exclusive bonus disc.  I haven’t seen the amaray case artwork to see if it matches the slipcover or not; but their release does have exclusive packaging.  Included within that release is the standard Blu-ray, standard DVD and digital copy redemption pamphlet. 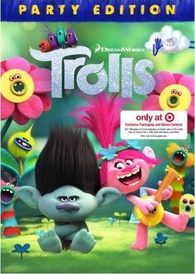 Over at Best Buy, they have their own exclusive packaging.  Included within that release is the standard Blu-ray copy of the film, the standard DVD copy and the respective digital copy redemption pamphlet.  Also included with this release is a story book titled Trolls Hugs and Friends. 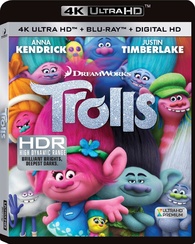 Trolls comes packaged with a decent amount of additional features, allowing audiences to explore more into the world of the film and the work that went into it.  However, I felt as if there should’ve been more content on the actual production process of the film than there really was.  Included with the standard Blu-ray release is: 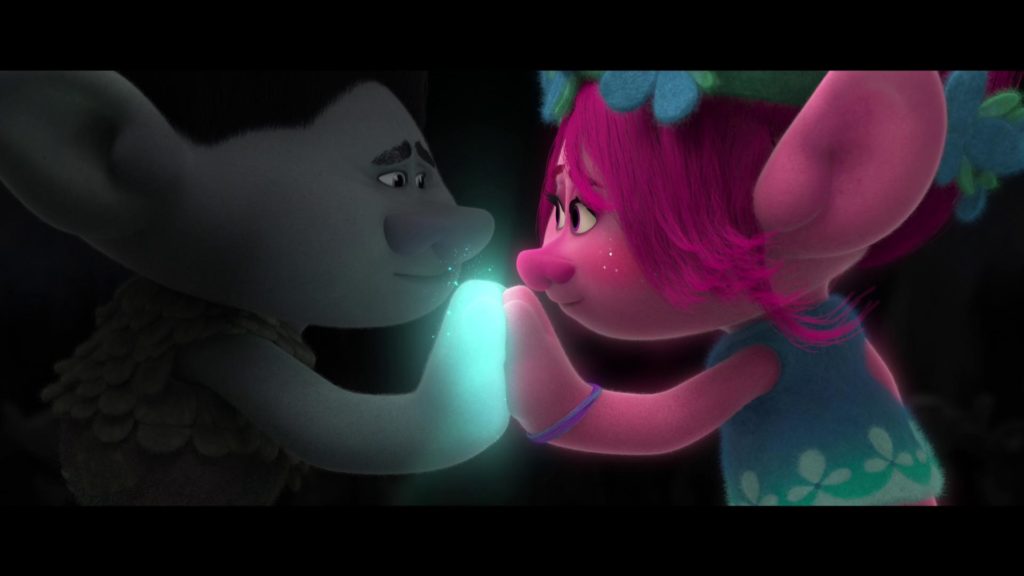 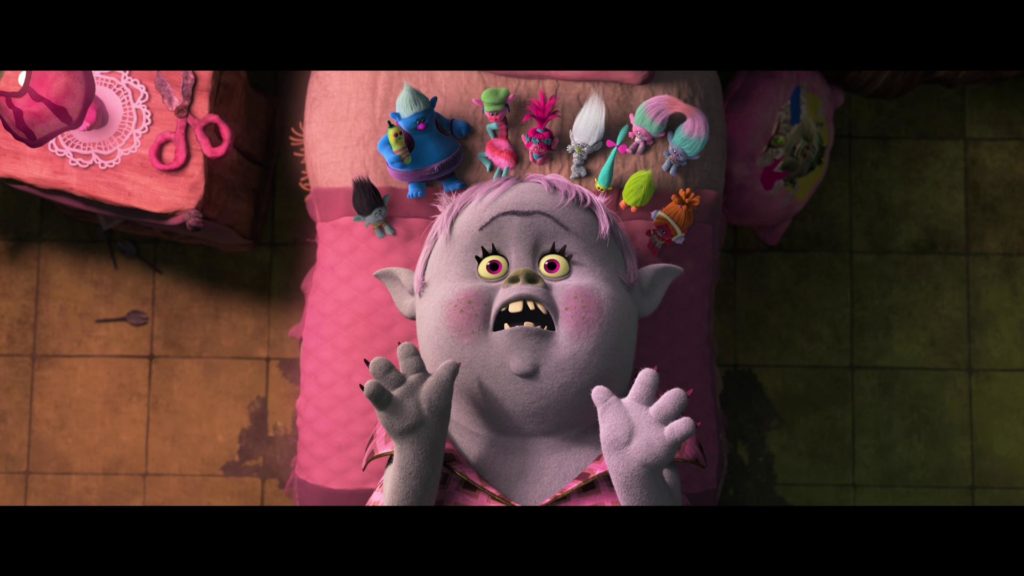 Overall, Trolls wasn’t a horrible experience by any means.  It offers audiences a decent amount of adventure through teamwork and is delivered in a manner that is certainly more geared toward younger audiences.  The story holds up as the film progresses, so I wasn’t losing interest as it played out.  The musical scores that were sung at various parts throughout the film were mildly entertaining as they are derived from more recent songs that are played on the radio.

Ultimately, I decided to grab the standard Blu-ray release over the 4K UHD release of the film as it felt as it would’ve been a waste of money.  Sure, the use of HDR would’ve allowed for the picture quality to really pop, but I’m sure you can understand why I ultimately decided to save a few dollars with this purchase. If you, yourself enjoy a decent family animated feature or have children, I would highly recommend watching Trolls. 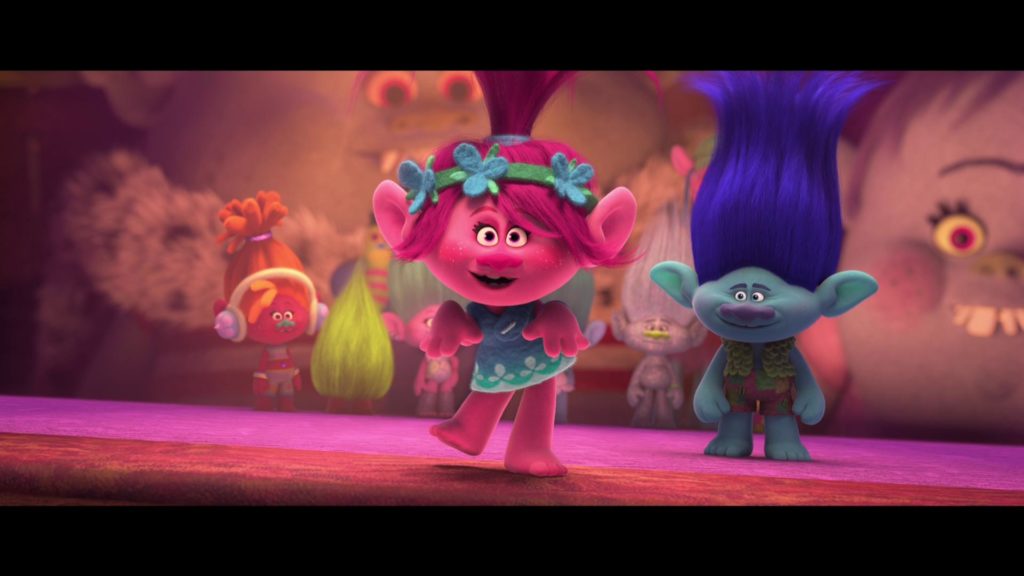