Trauma is a 2017 Chilean horror film that was directed by Lucio A. Rojas. Originally screened at the Horror Hound Film Festival, the Vancouver Badass Film Festival de Canada, Morbido Film Fest, and the Optical Theatre Festival in Italy, where Rojas took home the award for best film.

Following four friends during their visit to a rural locality of Chile, they are brutally attacked by a man and his son. After not finding help from within the town, they decide to confront these men with the help of a pair of policemen. But, in this way, they will discover that their attackers have in their blood, the direct legacy of the darkest period of Chilean history and will have to face some of their most brutal enemies.

During his career, Rojas has made four feature films, including the 2011 release of Muerta Ciega (Zombie Dawn in the United States) while he was a film student, and by the end of 2017, Trauma, considered to be one of the bigger revelations of the year and among one of the most powerful films of the seasons. He is currently developing Casandra, a psychological thriller that will be filmed during the first quarter of 2019 and is the producer of 28, an anthology of horror and fantasy to be filmed in mid-2019. 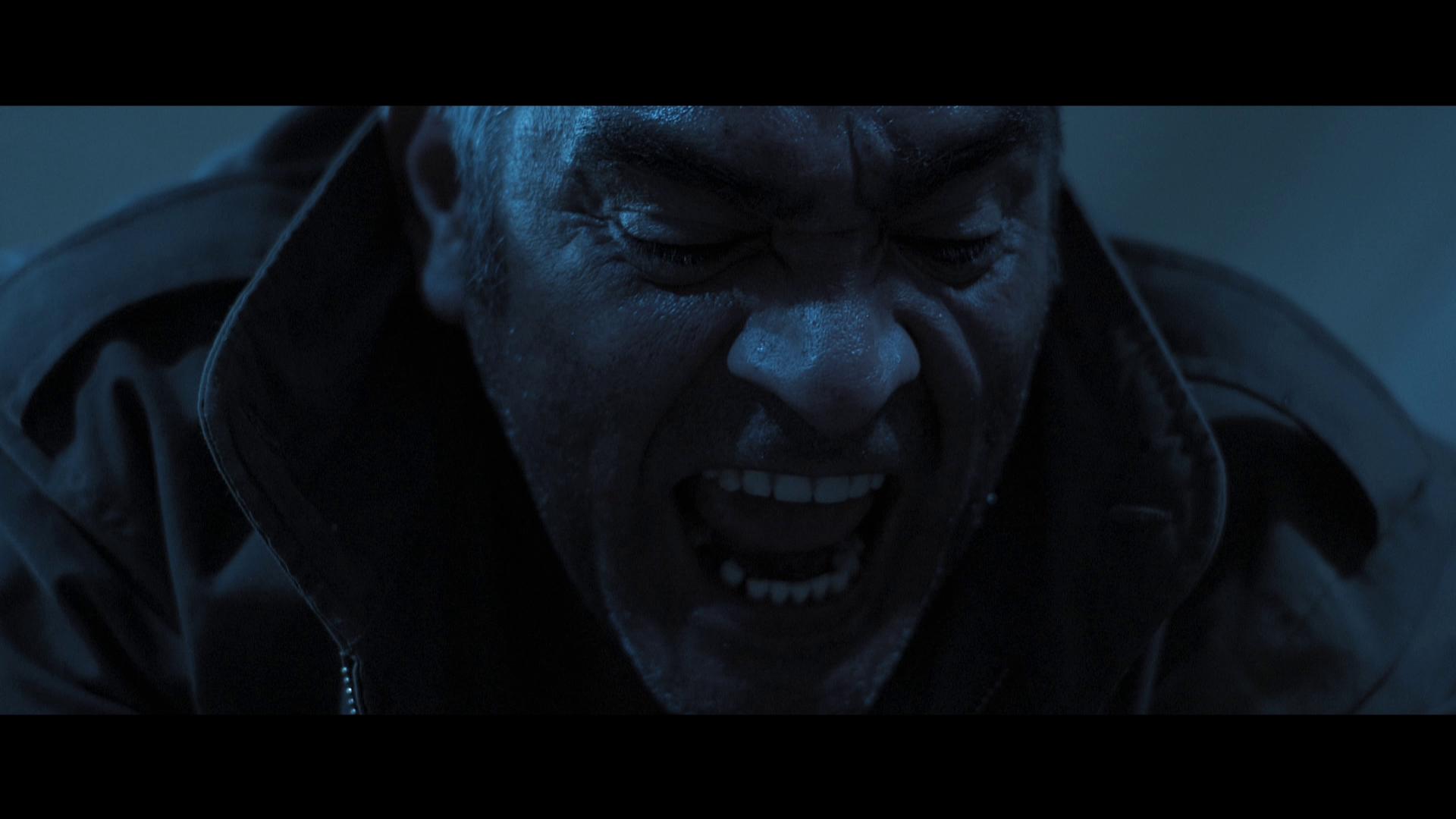 Trauma is a movie that centralizes itself around the horrors and some folklore of that in certain parts of Chile. While I’m not too knowledgable of the original story that’s been shared around, the experience of this movie is one that’s solidly done, well executed and perfectly presented to offer some really well done scares. I did find the fact that there is no optional English audio track a bit distracting as I read the subtitles, but I can certainly attest to the fact that this movie is one that should be seen by anyone that’s even slightly interested in international horror films. 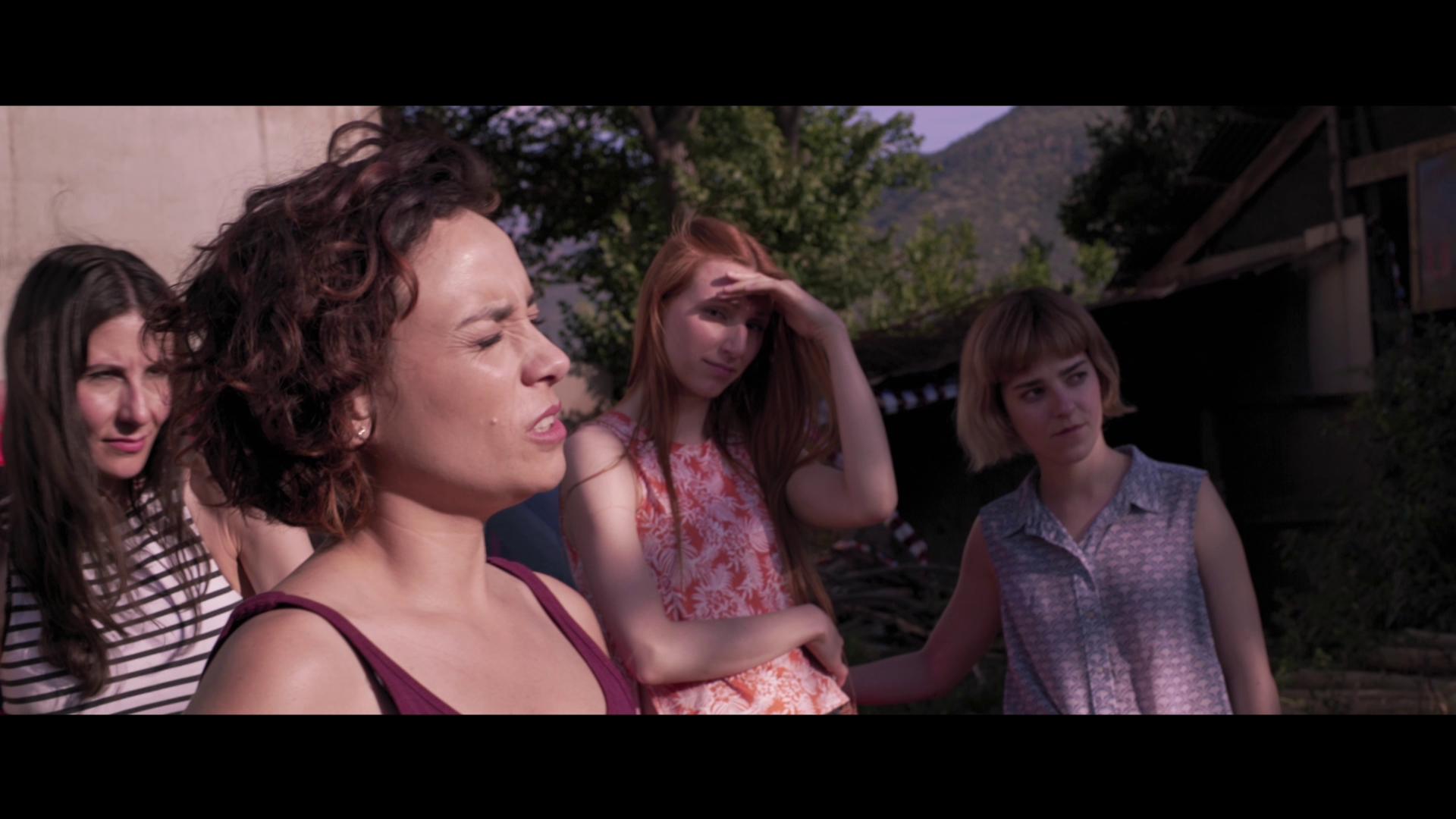 Brought to Blu-ray from Artsploitation Films, Trauma gives its viewers a really nicely done and clean look into this story of terror.  Even in the scenes that featured your less than normal amounts of lighting, the ambient lighting that was used was more than enough to make sure that you can see and understand what was happening.  The overall dreary feeling that accompanied the story as things started to get intense really helped convey the scare factor, ultimately making this an experience that my wife and I both really enjoyed. 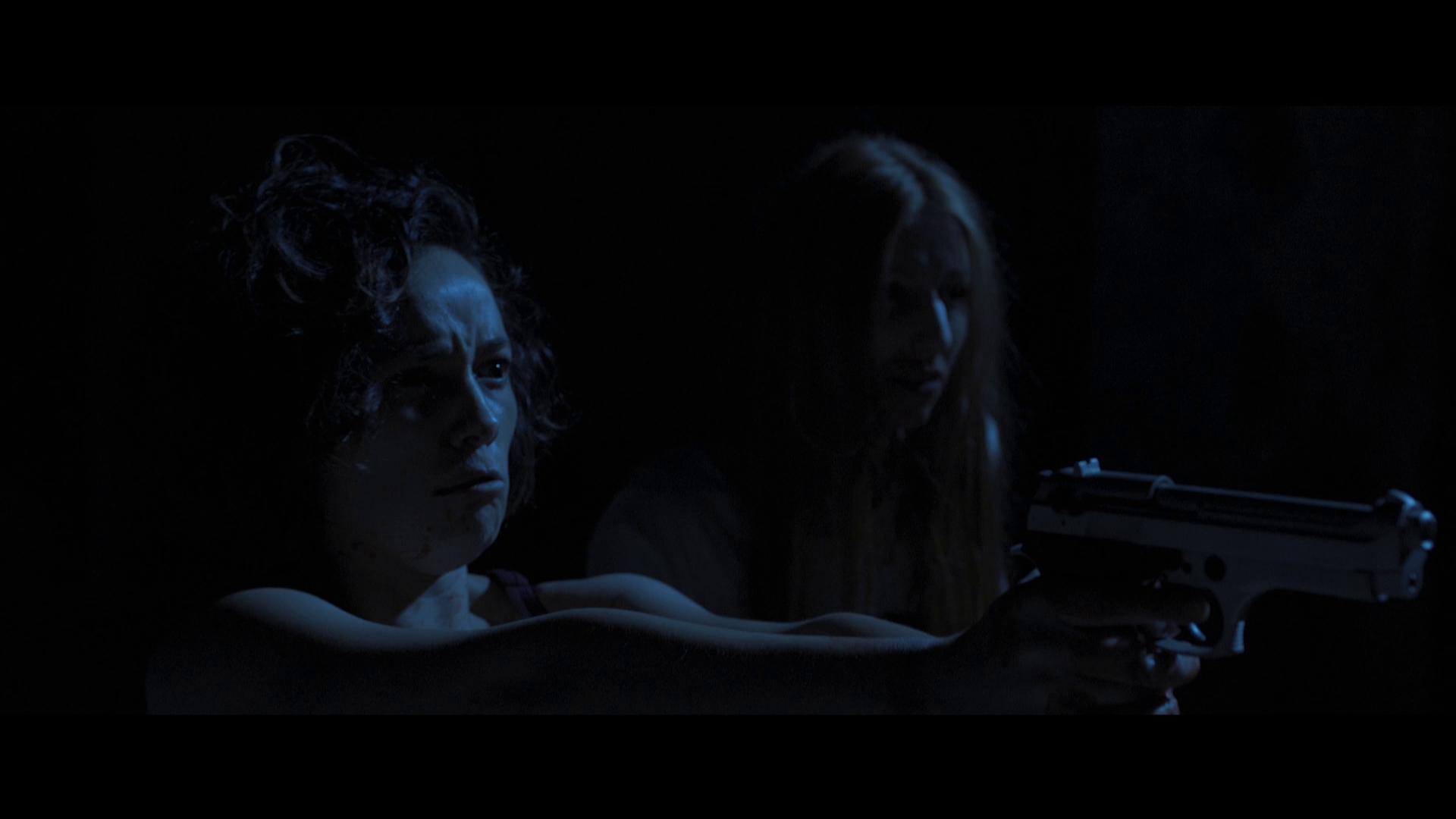 Packaged with a Spanish DTS-HD Master Audio 5.1 mix, Trauma gives its viewers an absolutely powerful experience.  While I can’t really vouch for the dialogue as I can only remember small amounts of Spanish from when I was in high school; but I can vouch for the scenic elements and the musical accompaniment, and those elements were executed well enough that it helped make use of what was there.  Sure, it’s not as immersive as it could have been; but, the overall amount of power that rips through home theater systems with this release helped make up for it. 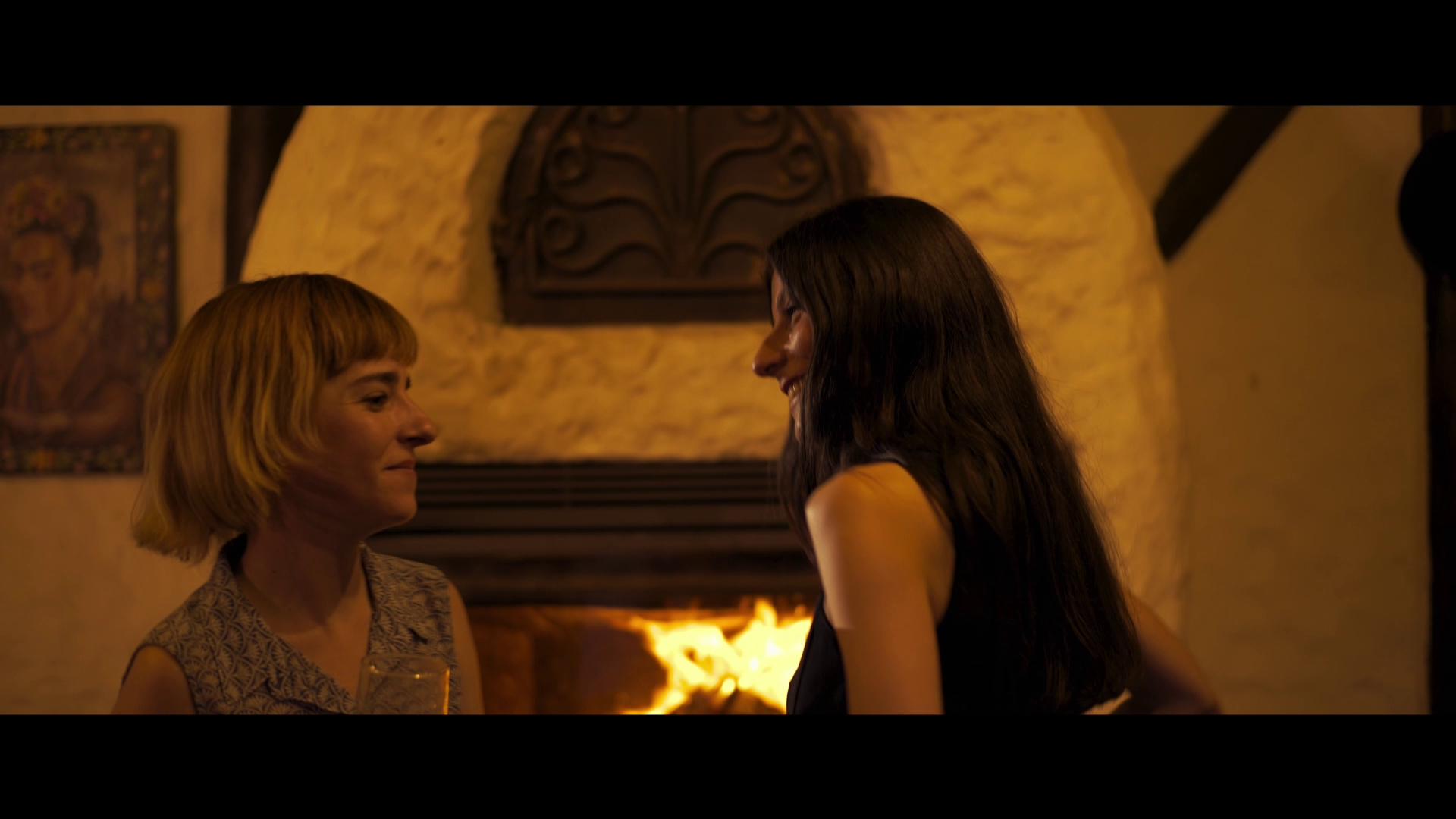 The Blu-ray release of Trauma comes packaged in your standard single-disc Blu-ray amaray case.  In that case is the standard Blu-ray copy of the movie, the disc featuring the same piece of artwork that’s included on the case.  There are no DVD copies included, nor are there any digital copy redemption pamphlets.  There are no slipcovers available for this release too. 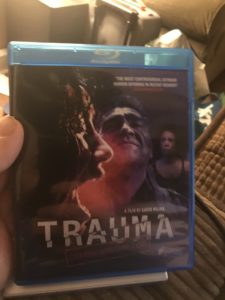 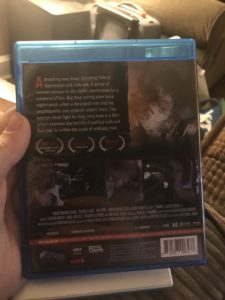 The Blu-ray release of Trauma really doesn’t come with anything “extra”, but there is one item that is labeled as “Bonus” in the menu; and I really felt uncomfortable with giving a rating for this because of that first sentiment.  There isn’t anything that offers any kind of look at the work that went into the movie, nor is there anything that offers any kind of extended insight into the storyline.  Included with this release is: 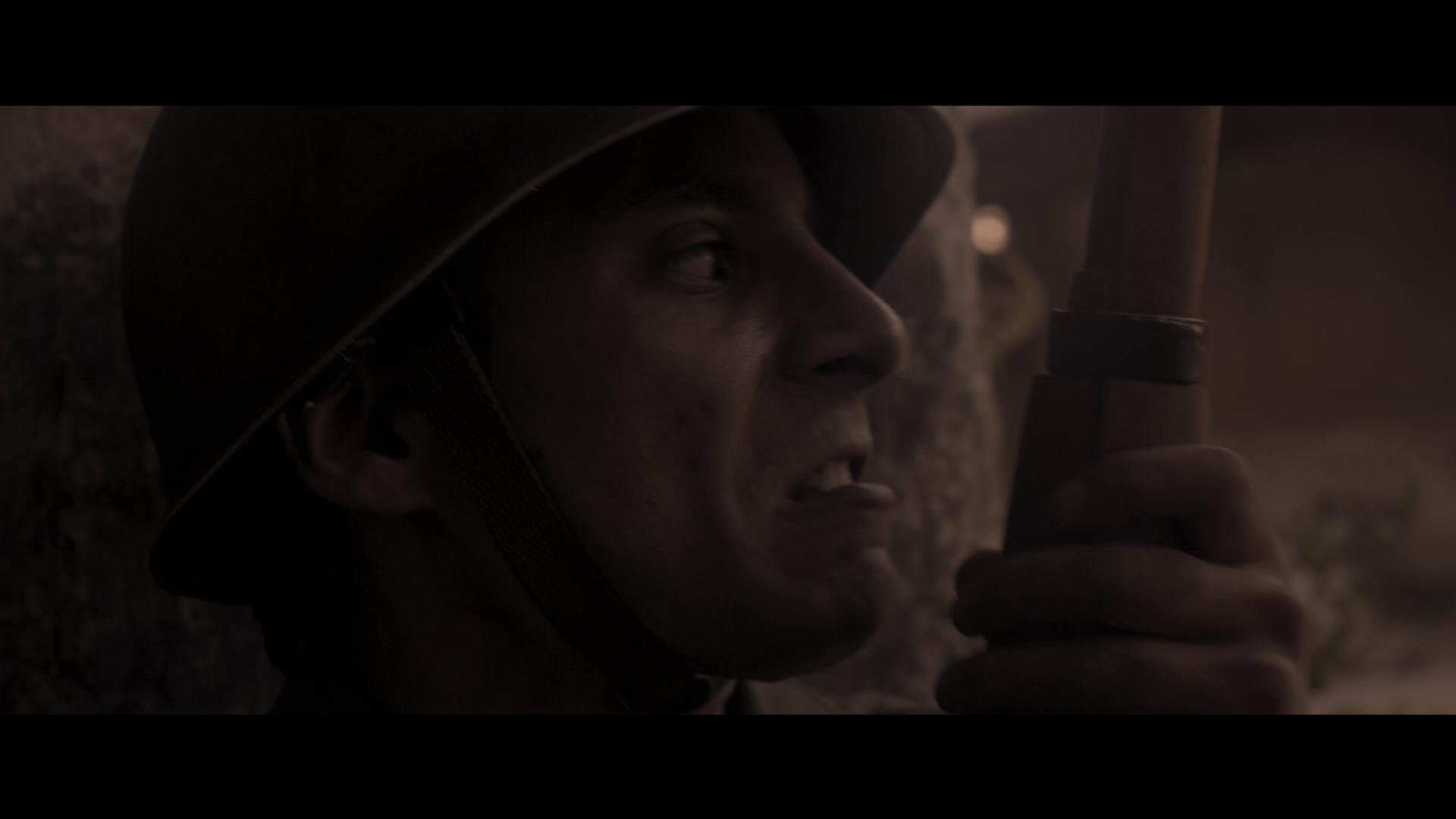 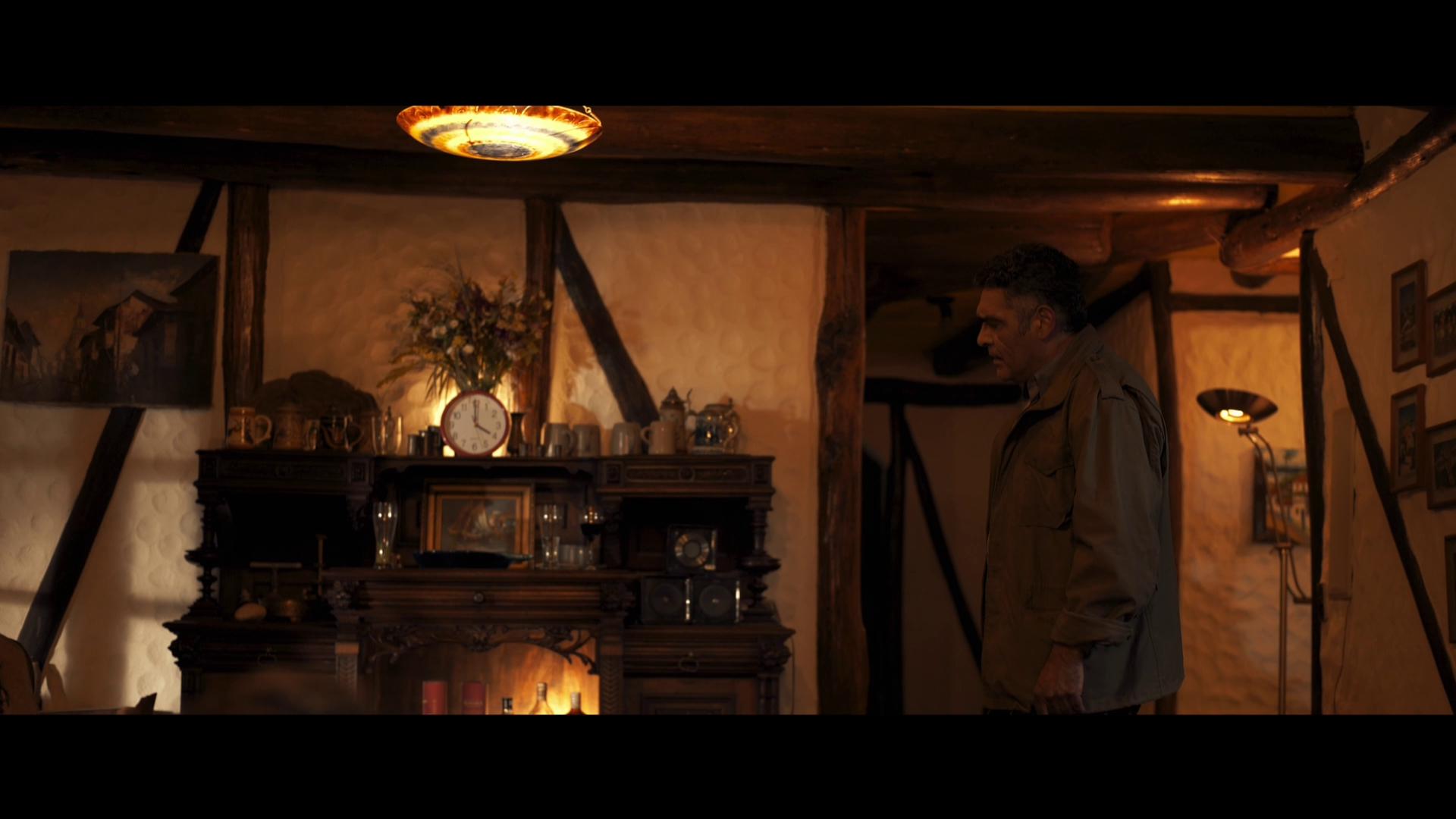 I was genuinely surprised with Trauma after watching through it the other night.  Personally, I’m not a huge fan of foreign thriller; but, movie really made it to the top of my personal list of them that I’ve thoroughly enjoyed.  The story, while I did get distracted a little bit from having to read along, was one that kept my attention for the most part, and it had enough scares that really made this one to watch with the lights off.  I would have loved to have seen more in terms of special features; but, given the nature of the films that Artsploitation has released so far, I can understand that material like that might not really be available.  If you’re looking for a new horror movie to check out, I can, without a doubt, recommend this one.  Trauma will be available to purchase on Blu-ray beginning on Tuesday, October 23. 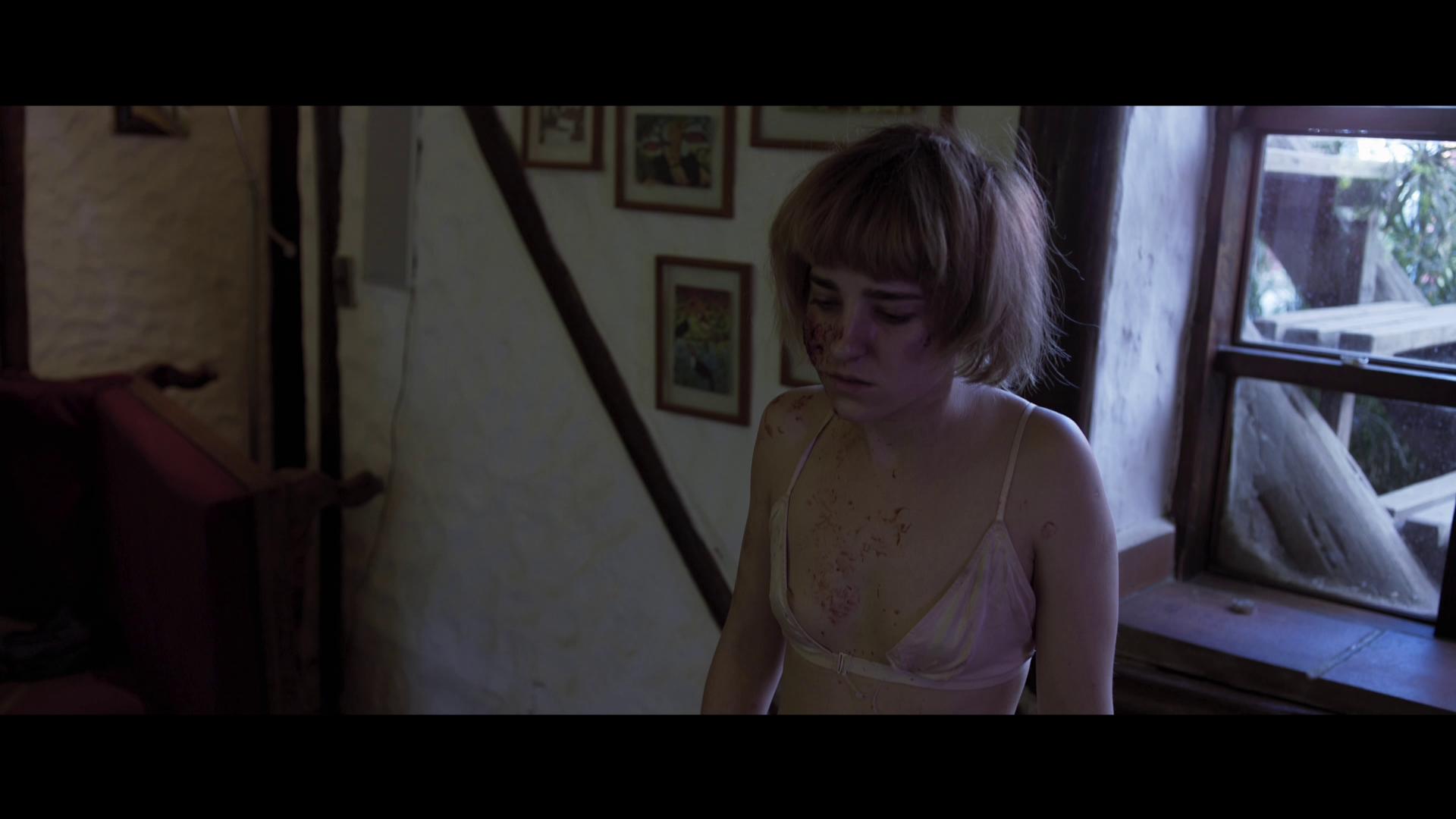