Transporter 3 is a 2008 French action film, and is the third and final installment in the original trilogy of the Transporter film franchise. Both Jason Statham and Francois Berleand reprise their roles as Frank Martin and Inspector Tarconi, respectively. This is the first film in the series to be directed by Oliver Megatron, and it continues the story of Frank Martin, a professional “transporter” who has returned to France to continue his low-key business of delivering packages without question.

The film starts out as a ship is arriving, carrying some pretty taxi chemicals that had managed to kill off two of its crew members. Frank Martin and Inspector Tarconi fish in the Marseilles when Tarconi receives the call about a black Audi A8 that has sped past French customs and managed to evade the police in a car chase. While Tarconi returns to headquarters to give Frank’s alibi, in Odessa, Ukraine, the Environmental Agency Minister, Leonid Tomilenko, receives a thread from Ecocorp boss Johnson to reopen business negotiations.

Transporter 3 was released by Lionsgate Films in the United States. During its opening weekend, the film opened up at number 7 with $12 million. The film went on to gross $109 million worldwide, making it the highest-grossing film in the Transporter trilogy. Transporter 3 was originally released on to DVD and Blu-ray on March 10, 2009 in the United States. 1,108,030 units were sold, bringing in an approximated $19.7 million in revenue. 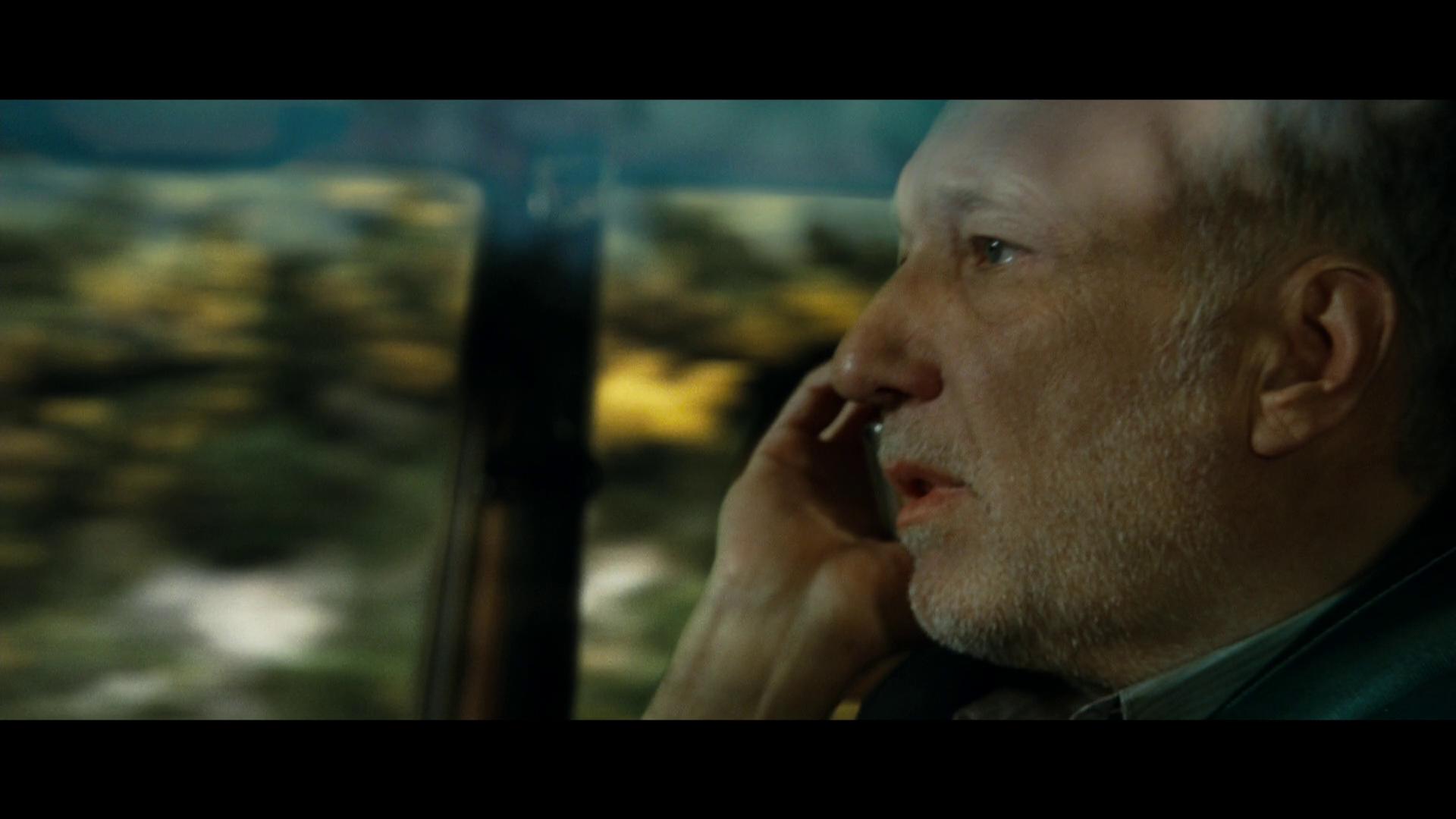 Transporter 3 is a movie that really tried to thrive on the overall simplicity of the stunts and action sequences that has since defined Jason Statham’s career. Almost feeling as if’s mocking itself throughout, we’re given the continuation of the story that was one of the more defining moments in his blast into stardom. Unfortunately, there really isn’t anything about this movie that makes it stand out from some of the action greats. It’s more of a popcorn flick that anyone and everyone can sit down to and maybe welcome the occasional distraction. While it doesn’t necessarily offer similar action or stunts as the previously released films of the franchise, it’s one that I found to offer a decent time where I could sit down and not pay complete attention to everything that’s happening on my television screen. 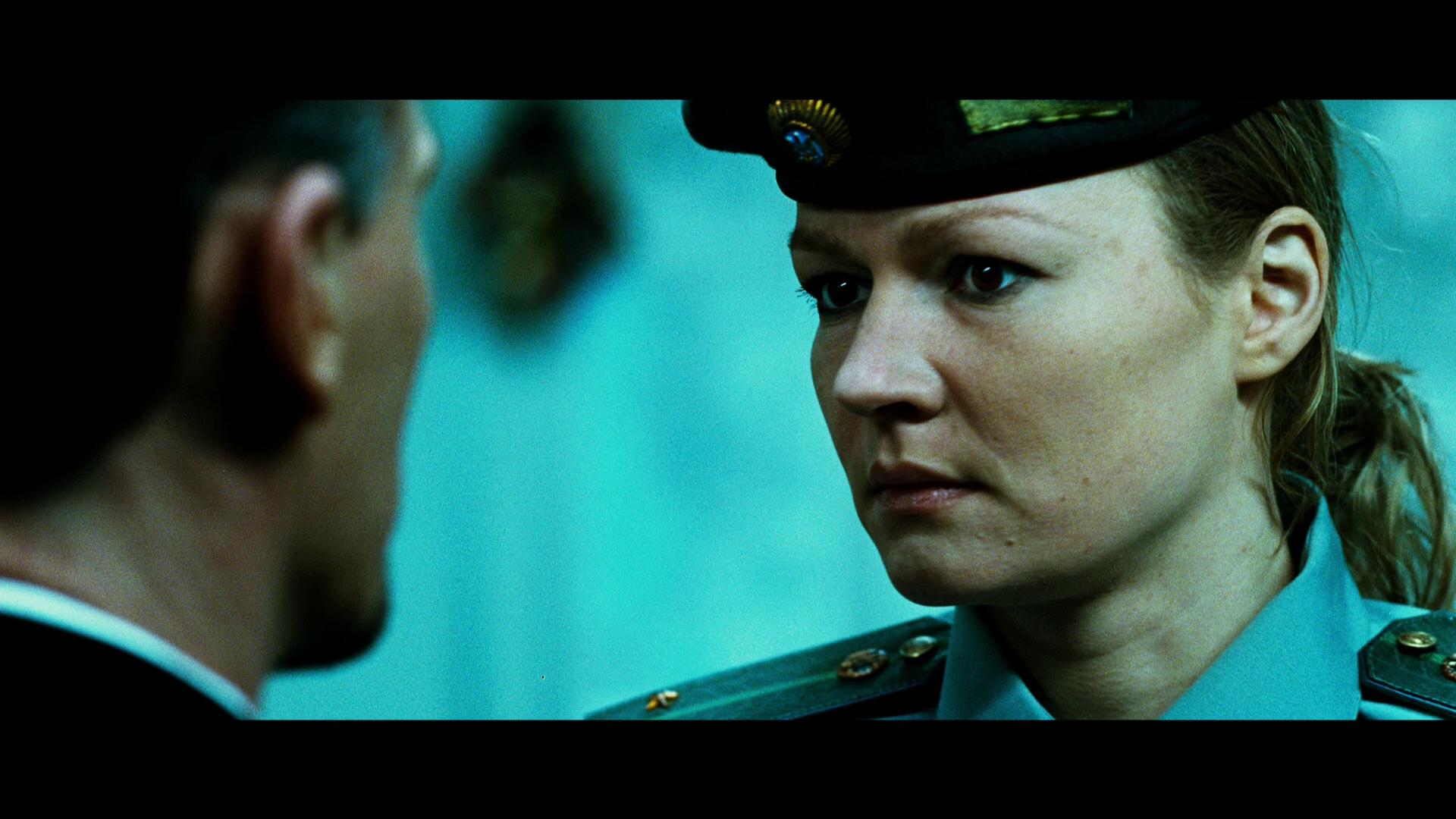 Surprisingly enough, the 4K UHD release of Transporter 3 is one that looked really damn good as it played out across my living room television.  While it’s a film that is considered to be a “fake” 4K as it is being upscaled to 2160p, the overall utilization of HDR throughout really made this movie shine.  Offering a considerably vast color palette, and much richer black tones, the fresh resolution combined with its pass of HDR really made everything look significantly more real.  There wasn’t really anything in terms of distortion with the various action sequences that played out, and if I were to mention any scenes that looked better than others, I would have to direct your attention more toward the cityscapes and the overall details of the cars. 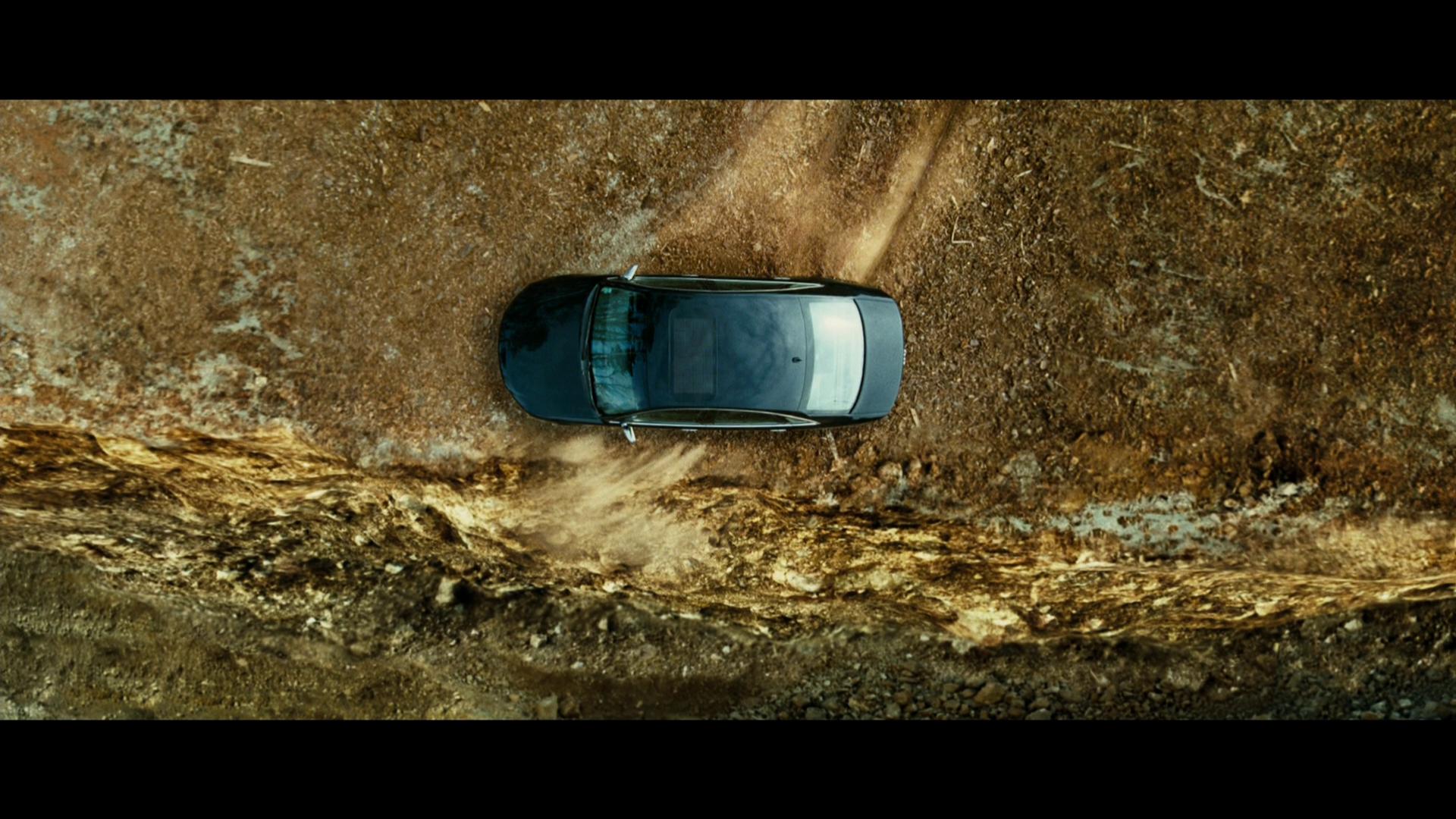 Bundled with an all newly mastered Dolby Atmos audio track, the 4K UHD release of Transporter 3 offers an absolutely all out immersive experience for its viewers that are able to make use of the technology behind it.  Doing a really beautiful job at with recognizing the camera location as the sound would transition from channel to channel.  Dialogue is spoken cleanly, allowing everybody to be heard and understood and certainly takes precedence over the other elements of the track.  I would definitely have to share some recognition of the surround aspect of the track, as the various engine sounds would engulf you and really make it feel as if you were right there in the middle of everything. 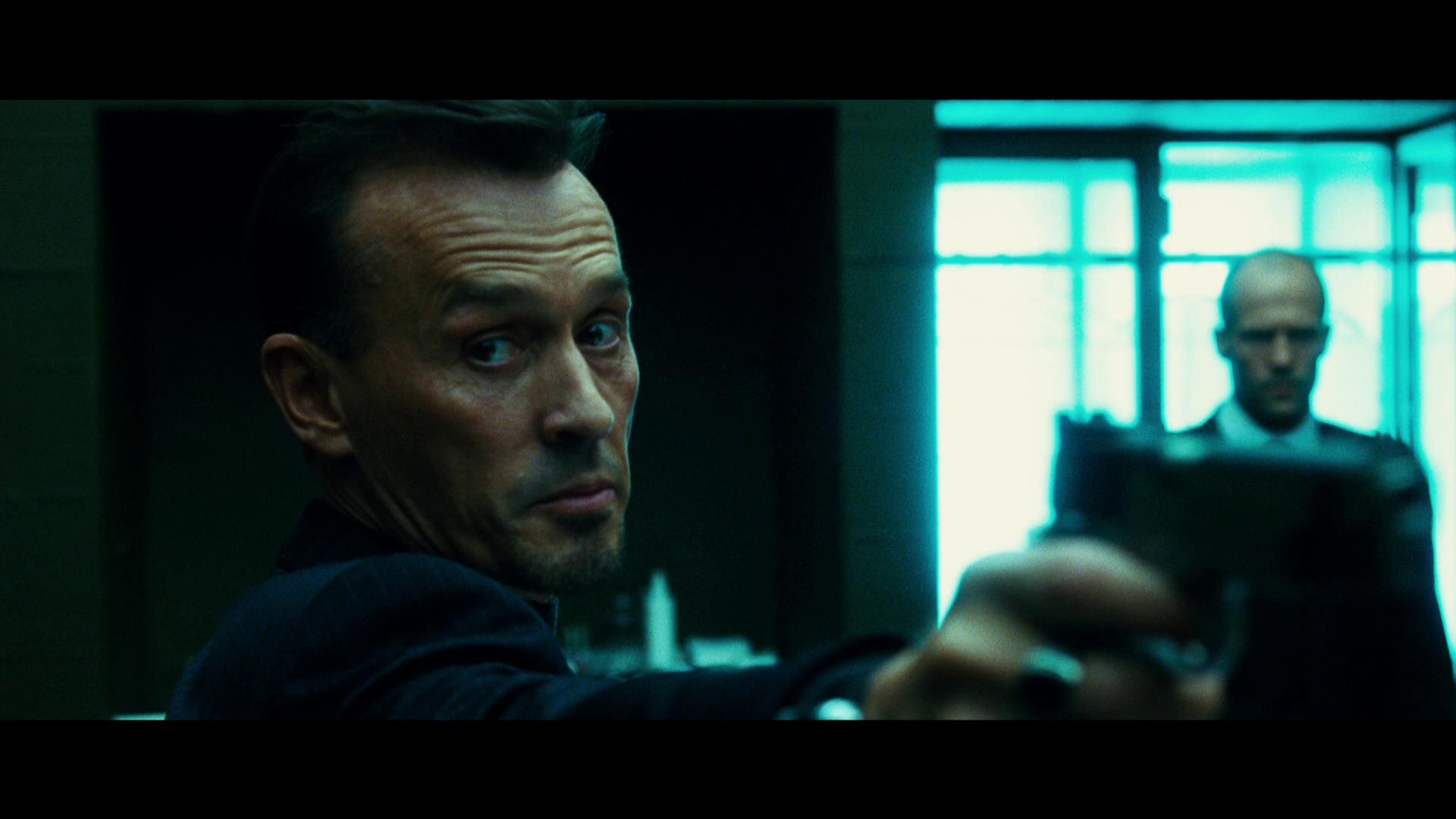 The 4K UHD release of Transporter 3 comes packaged in your standard two-disc 4K UHD amaray case.  Within that case is the standard 4K UHD copy of the movie as well as the standard Blu-ray copy.  Both discs do feature a piece of artwork that is a section of the cover art, placing the focus on Statham’s face.  There is also a digital copy redemption pamphlet that’s been included for the various streaming options as well as a slipcover that’s been made available during the original pressing of the release. 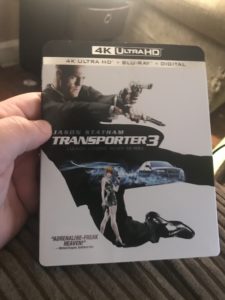 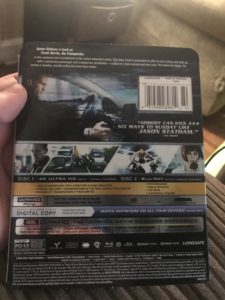 The 4K UHD release of Transporter 3 is unlike any other 4K UHD release as there are some special features that have been included on the UHD disc.  The special features that have been included offer somewhat of an extended look at the premise that’s not only surrounded this film, but the franchise as a whole.  There’s a decent chunk of content that explores the behind the scenes work that went into making this film.  Included with this release is: 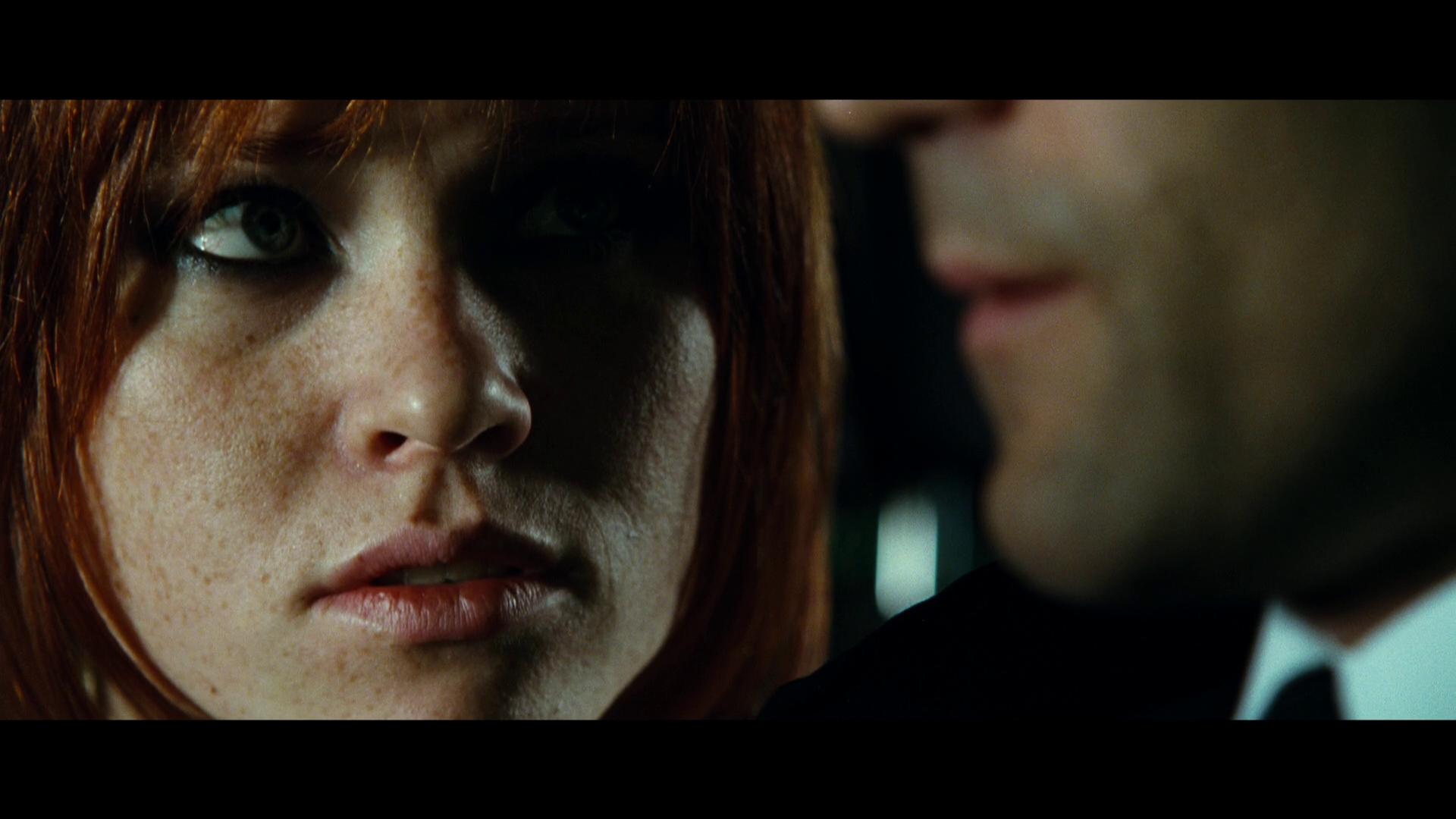 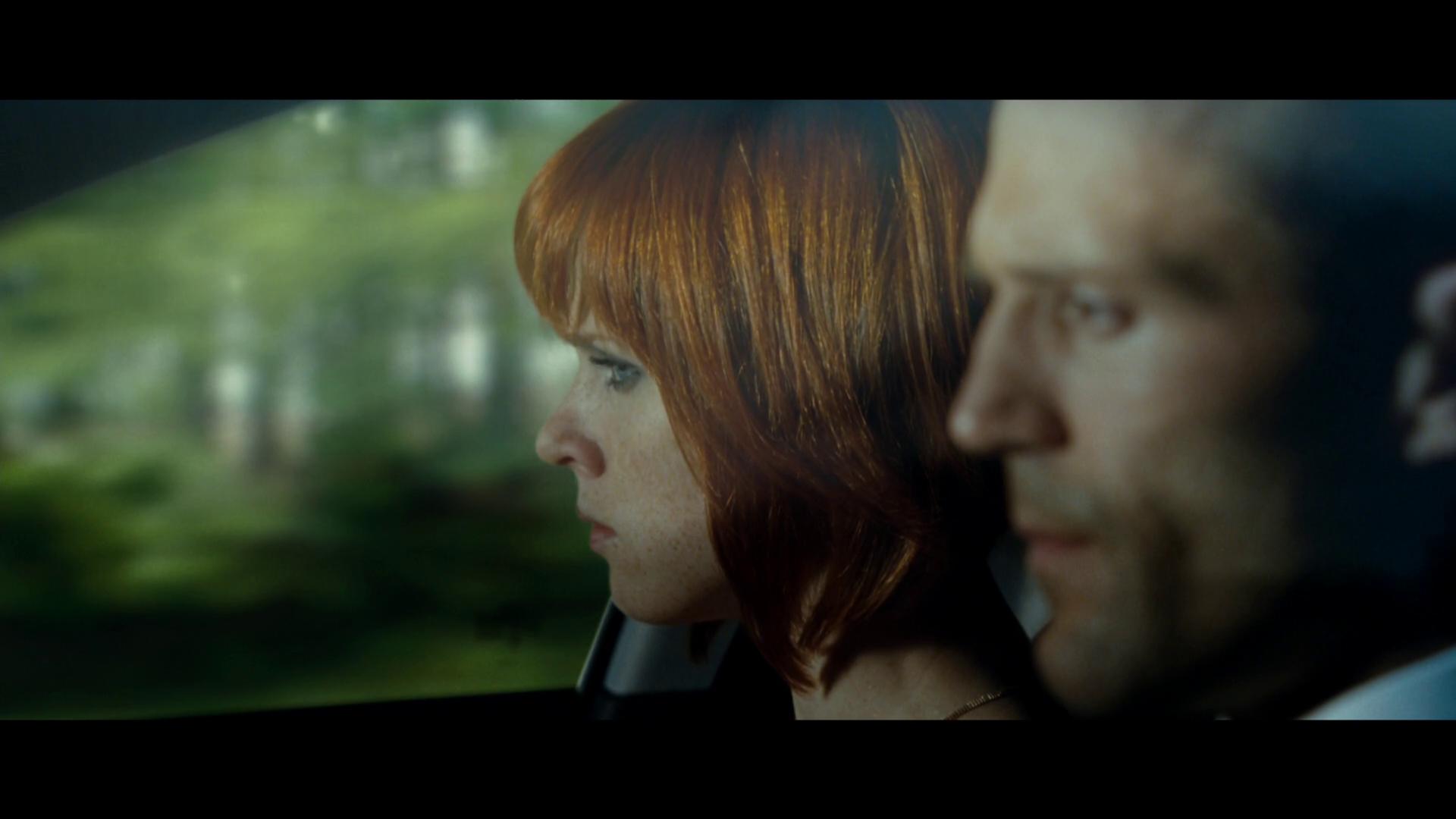 I was surprised to see that Transporter 3 was going to be the first of this particular franchise to get the 4K UHD treatment.  It also makes me wonder if there’s any intentions to give the same treatment to the two earlier films?  While there isn’t anything that’s cinematically outstanding about this movie, it’s one that’s fun and offers some pretty neat action stunts, regardless of that feeling that the potential of Statham was underplayed with this movie.  The visual and audible experience of this release were really beautifully done and on point.  Special features were really nice, and also a surprise to see that they were included on the 4K disc.  If you’re considering this release for your collection, I would definitely say that it is a worthwhile upgrade over its Blu-ray counterpart.  Transporter 3 will be available on 4K UHD beginning on Tuesday, August 7, 2018.