Transformers is a 1986 American made science fiction/action animation film that was based off of the animated television series that went under the same name.  Having some really notable people coming in as voice actors, such as Judd Nelson, Leonard Nimoy, Casey Kasem, Peter Cullen, Orson Welles and Scatman Crothers; it is completely understandable as to why this film was considered to be a classic and received great treatment from Shout Factory!

One notable fact about Transformers: The Movie is that it is marked as the final performance given by Welles as he had unfortunately passed away the year prior to its release as well as Crothers as he passed away months after the release.

The film’s story takes place in 2005, several years after the television series, and serves as a bridge between the second and third seasons.  After a devastating assault on Autobot City, the Autobots are pursued by Galvatron, a new form that Megatron had taken on and the planet Unicron.  Backed by a variety of synthesizer produced music and fast-paced rock and roll; Transformers: The Movie generally has a much darker undertone than the original television series as it does in fact include the deaths of some of the characters as the story takes place. 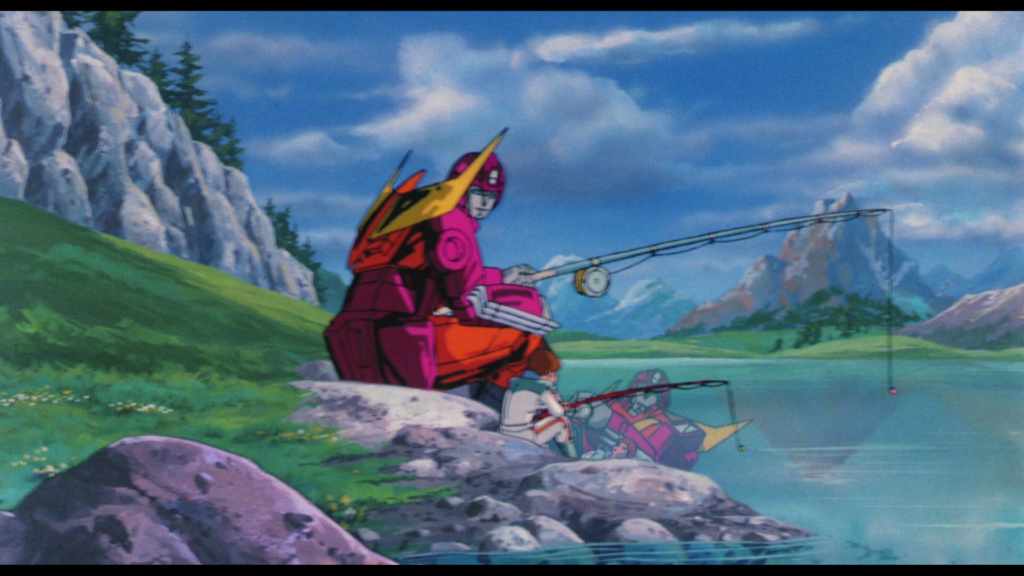 After sitting down to watch Transformers: The Movie tonight, I couldn’t help but feel overwhelmed as I was brought back to my childhood watching the television series.  While it does have a darker undertone, just seeing some of my favorite childhood characters again.  While I may be a bit biased due to my overwhelming feeling of nostalgia; but cartoons certainly aren’t what they used to be.  In reading through some other reviews of this film, from its DVD release, it is compared to being a long commercial for the line of toys that followed the television series; in fact, I saw some comments from people who were unhappy with the general anime feel that the film had.  I didn’t look into these reviewers too much, but after reading through their comments, I felt as if they didn’t grow up with the original series on TV.

As we progress through the story that this film presents, we are greeted with your run of the mill animated action where the good guys are facing off against the bad guys.  We also see where the Autobots try their best to instill positive morals in their younger audience.  This film really is one to pick up for your library, even for the slightest amount of nostalgia. 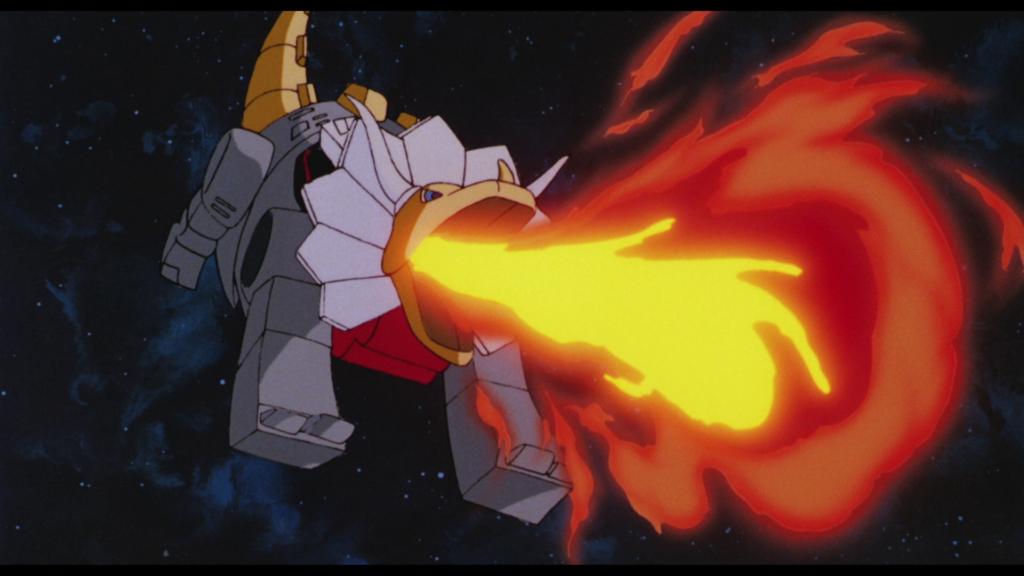 The Transformers: The Movie release that just came out from Shout! Factory is anything and everything that I had hoped it would be.  The film itself looked absolutely beautiful with its complete remaster into 1080p.  With having only seen this on VHS as a child, however owning the DVD copy that I hadn’t had the chance to watch yet, the visuals felt exactly as it did when I was younger.  The images were extremely crisp and clear, and the brightly animated colors really stood out with this new transfer.  You can definitely tell that Shout! Factory went through all of the needed steps to produce a quality product with this release; not that I had doubted them in any way as they do a fantastic job with all of their releases.

Sporting a DTS-HD Master Audio 5.1 track, it really was a surreal experience to watch some of my favorite childhood cartoon characters play out from all possible angles.  When this release was originally announced, I was a bit worrisome as to how the audio track would play out.  Only because I was used to watching the original animated series with its 2-channel track; I really wanted the audio quality to be the best.  And after getting home this afternoon and popping this into my player, you can really tell that Shout! did a beautiful job with the remastering of the audio track.

The battle scenes between the Autobots and the Decepticons were extremely crisp.  However I only had one minor complaint with the battle scenes.  Whenever an explosion played out, I did notice a little bit of distortion.  While it could be an artifact from the original source, I don’t know as I don’t know what it was they were working with; it definitely stood out to me.

Transformers: The Movie comes made available in two types of packaging.  The first comes packaged within your standard amaray case; however I ultimately ended up picking up the Steelbook release of this film.  The Steelbook features some beautiful artwork that really makes this release my second favorite Steelbook that I own.  The glossy finish on the Steelbook also adds a decent amount of depth to the cover art that gives it a slight 3-dimensional feel.  Within this release, you receive two copies of the film; one that is presented in widescreen and one that is presented in fullscreen.  Lastly, there is also a digital copy redemption pamphlet that allows you to add this film to your digital library. 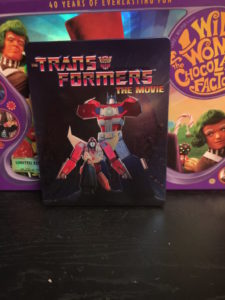 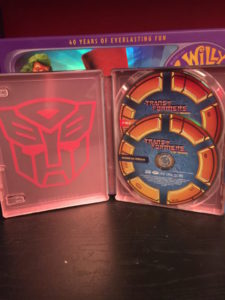 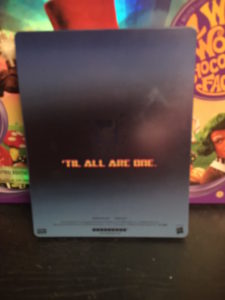 When it came to checking out the additional content with this release, I wasn’t sure of what to expect. But, I certainly wasn’t disappointed with what I was given.  Included with this release is: 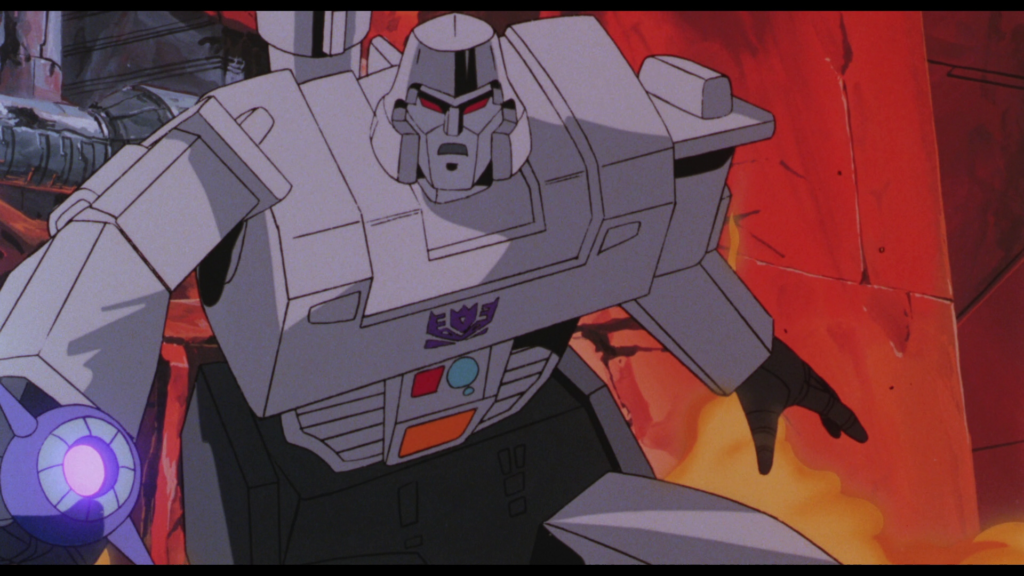 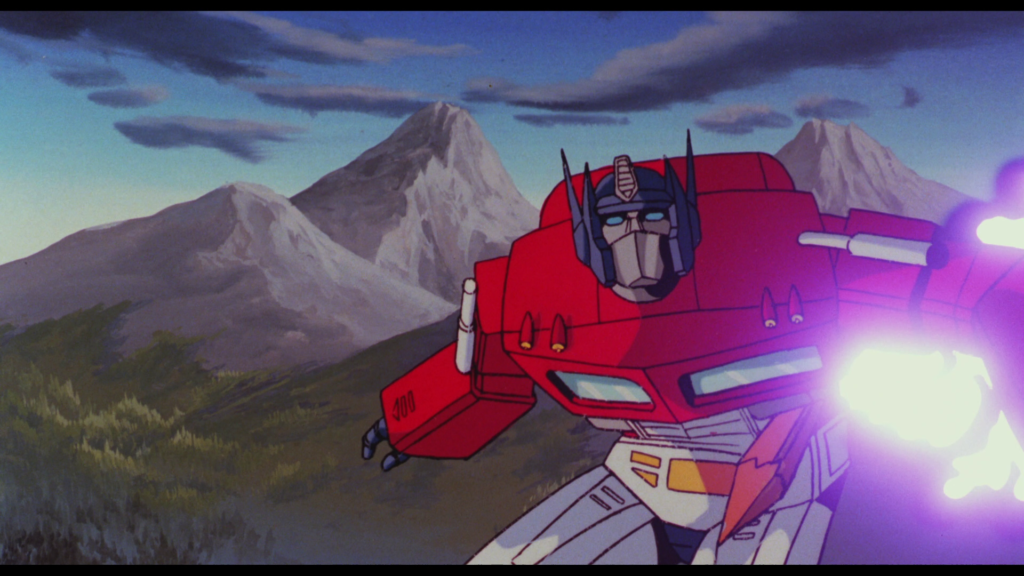 Overall, I was extremely glad that I had the opportunity to pick this film up on Blu-ray.  Once I saw the original announcement from Shout! Factory, it was definitely a Day 1 purchase.  Originally, I had the standard Blu-ray release pre-ordered. However, I lucked out because Amazon had the Steelbook for $19.99 a while back, so I immediately pre-ordered that one and cancelled my original order.

If you grew up with the Transformers in any capacity during the late 80’s or early 90’s and are someone like me, where you like to go back and revisit things from your childhood; you should definitely pick this release up.  Shout! did a phenomenal job with their remastering process; allowing those of us to feel just like we did as children.  With this release being my first experience with Shout! and an animation film, I really do hope they eventually get the rights to re-release the original G.I. Joe animated film.  That will definitely be a Day 1 pickup as well!