Total Recall is a 1990 American science fiction film that was directed by Paul Verhoeven and stars Arnold Schwarzenegger, Rachel Ticotin, Sharon Stone, Ronny Cox, and Michael Ironside. The film is loosely based on the 1966 Philip K. Dick short story titled We Can Remember It for You Wholesale.

The film tells the story of a construction worker who suddenly finds himself embroiled in espionage on Mars and is unable to determine if the experiences are real or the result of memory implants. It was written by Ronald Shusett, Dan O’Bannon, Jon Povill, and Gary Goldman, and has won a Special Achievement Academy Award for its visual effects. The original score, composed by Jerry Goldsmith, won the BMI Film Music Award.

With a production budget of $50-$60 million, Total Recall was one of the most expensive films made at the time of its release, although estimates of its production budget vary and whether it ever actually held the record is not confirmed. 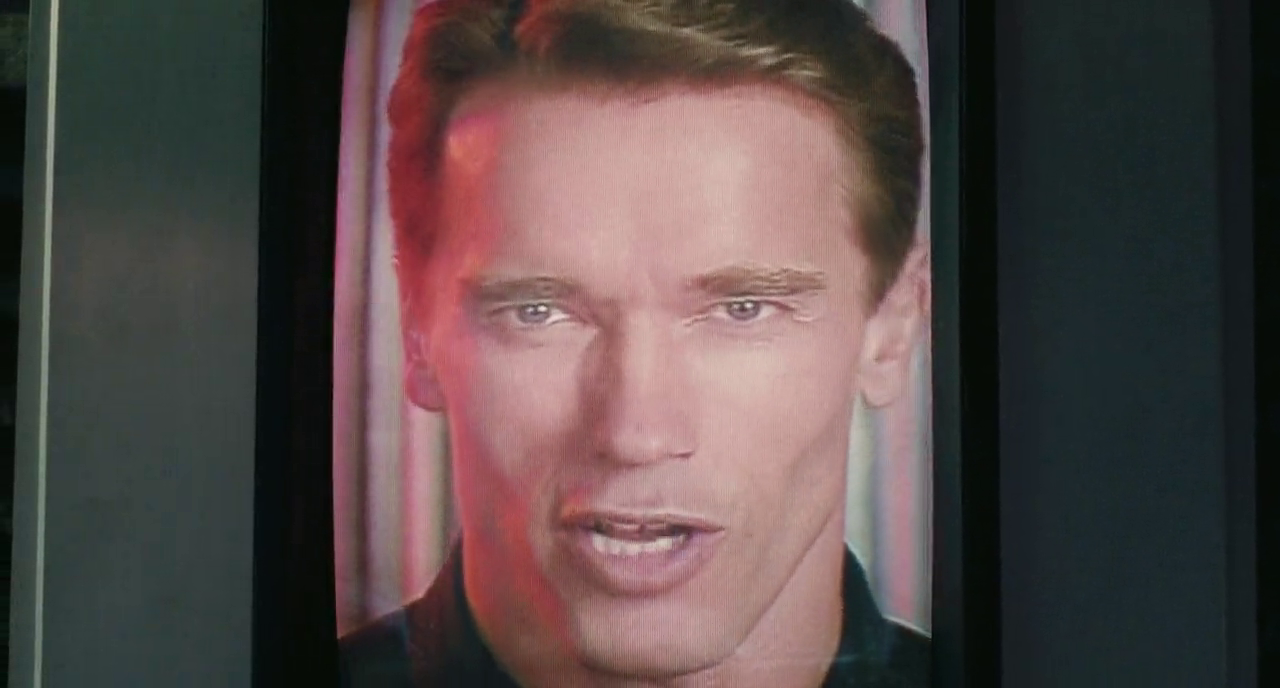 Total Recall is a movie that myself and a significant portion of my colleagues grew up with. Each having their own reason for considering this film to be a significant part of their childhood, my personal attribution with it strictly centers itself around the concept of virtual getaways like this, and remembering the woman with three breasts (I was a teenager when I first saw this movie). The movie is pretty intense at times, offers a look into some technologies that could happen well within our lifetime, and becomes a fun venture to re-visit from time to time.

Released by Lionsgate Films and StudioCanal, the UHD release of Total Recall is made available with a 1.85:1 aspect ratio. The video presentation of this particular release was pretty fucking spectacular! Sitting down with this release, I found myself re-visiting many of the scenes in my head as I tried to really recall what they looked like back in the VHS days, and everything looked exactly as my mind had interpreted it back in the day. There are a few moments where scene elements are considerably over-saturated; but it wasn’t too distracting from the overall presentation; and my jaw basically sat on the floor in awe as I watched along. 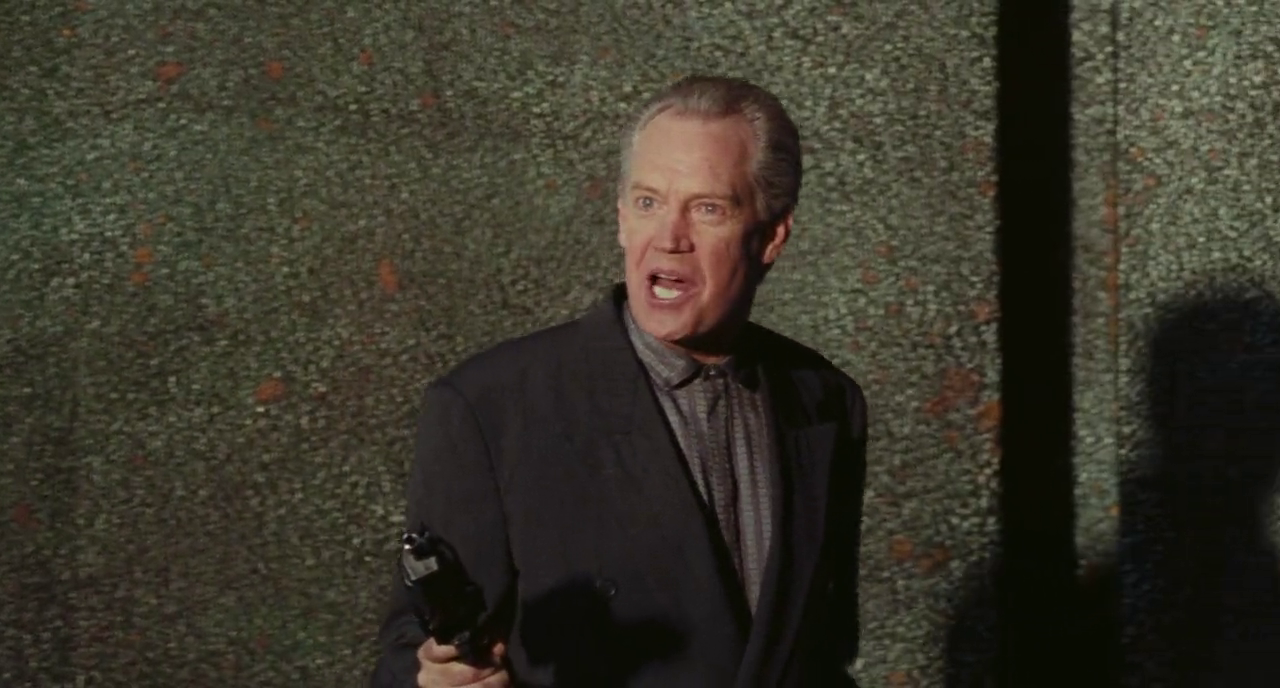 Packaged with an English Dolby Atmos audio track, the 4K UHD release of Total Recall offers an audible perspective that I never really imagined happening. With a good number of pieces playing into that elevation channel, the movie sounded great and boasted a powerful presence as it roared through my home theater system. The transitions from channel to channel were effortless and did a great job with its immersive qualities. The dialogue was clean, clear and easily understandable without any need to adjust the volume levels to make up for the inability to hear the characters talk. 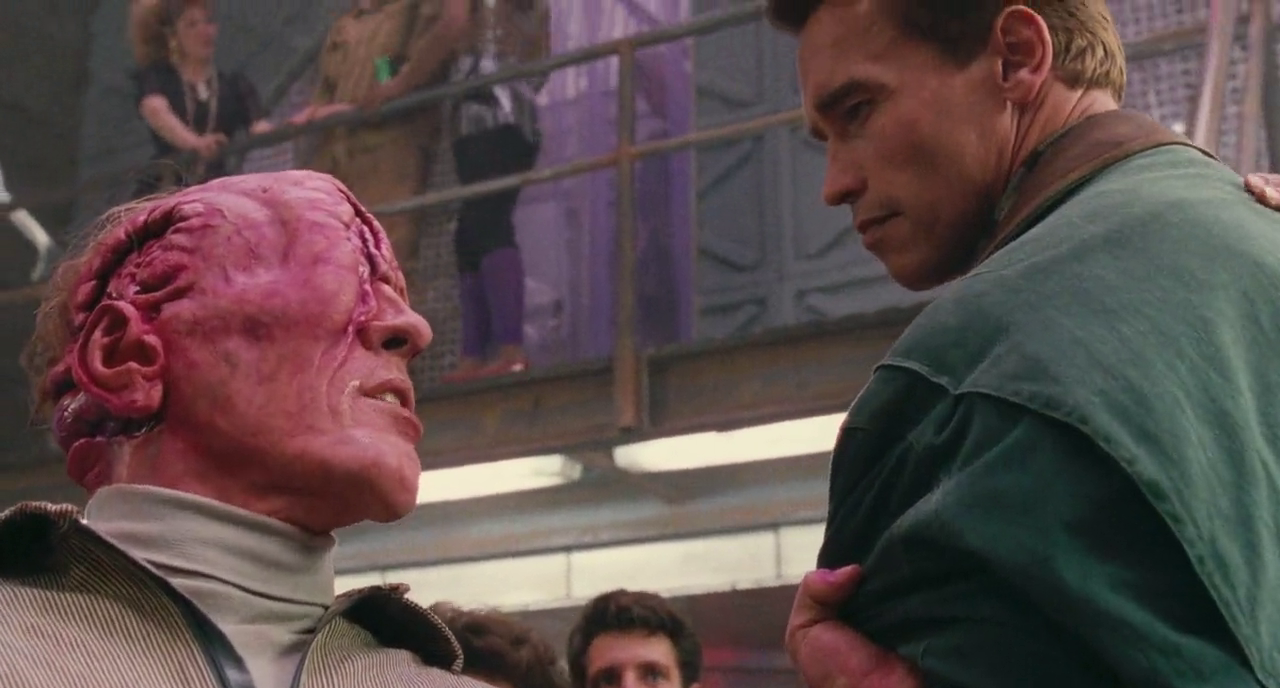 The packaging for the 4K UHD release of Total Recall is that of a three-disc amaray UHD case.  With the two outer-most discs being the standardized copies of the film, and the one in the center of the case being a dedicated bonus feature disc.  Each of the discs include a different piece of artwork that’s different from each other, and different from that as the case art.  There is a digital copy that’s been included, as well as a slipcover that’s been made available in the initial pressing of the release. 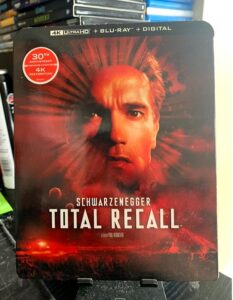 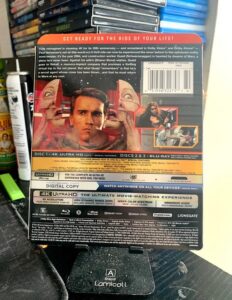 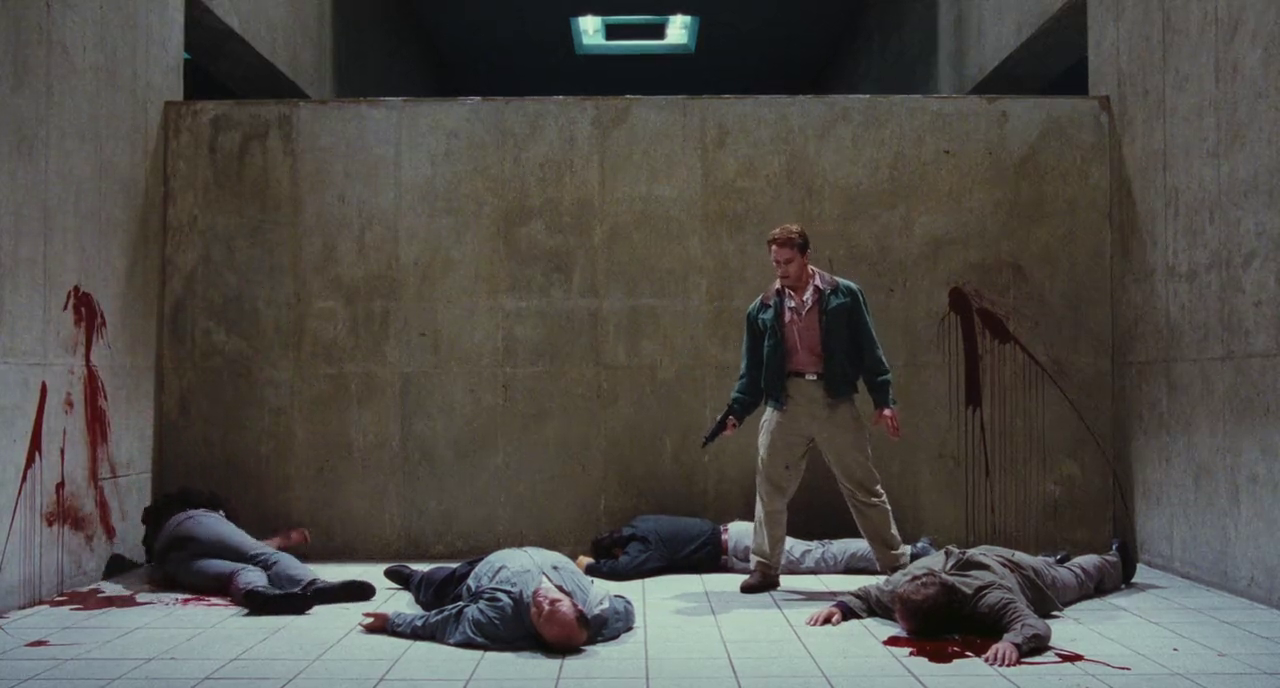 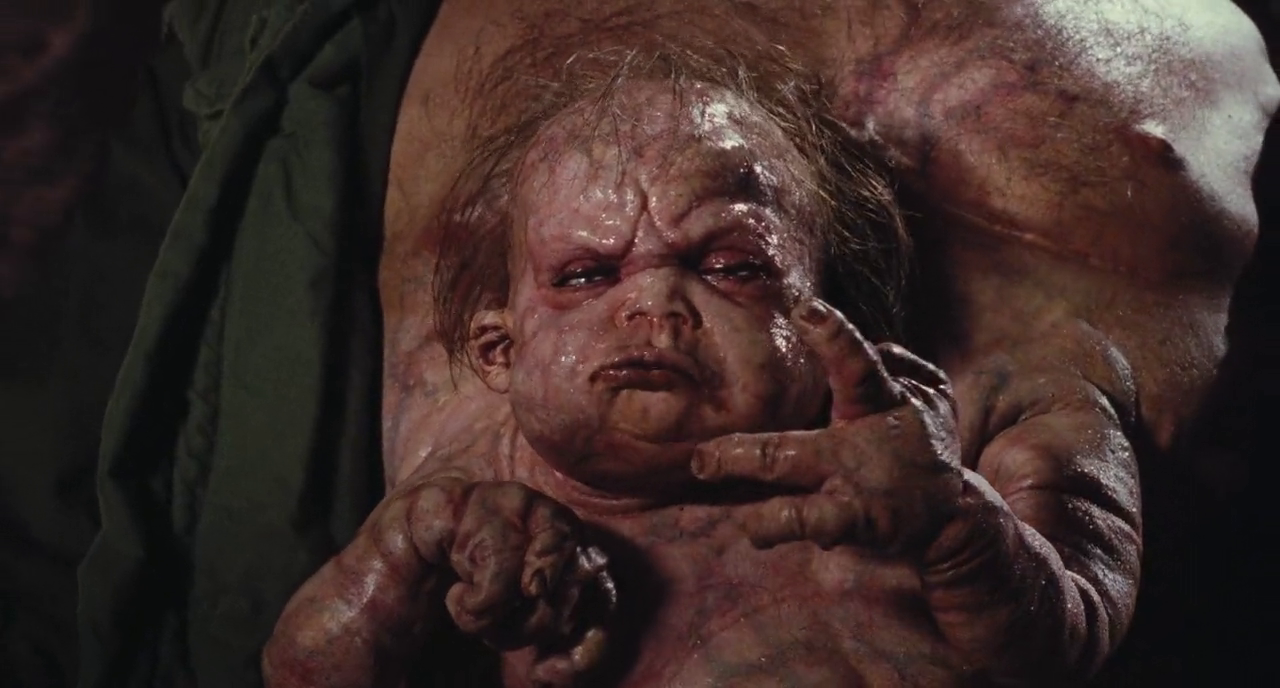 I was beyond ecstatic at the thought of upgrading my old DVD copy of this movie to the 4K UHD format.  Total Recall played a pretty heavy part of the films I watched throughout my youth; and the storyline is one that I will always enjoy re-visiting when the moment strikes.  The video and audio presentation of the UHD release were spectacular and without a doubt the best that this movie has ever looked.  The bonus material included really went above and beyond, and honestly all UHD releases should follow this setup as an example with special features.  If you’re looking to add this to your collection, I would without a doubt recommend picking it up.  Total Recall is available on 4K UHD today.