Every Blu-ray collector has a copy of Guardians of the Galaxy or Jurassic Park or Avatar, but what about the thousands of lesser known films available on Blu-ray, from all over the world? With so many options to choose from, how do you find that diamond in the rough that will set you apart from other collectors? Well, take a look at our list of the Top Ten Blu-rays You’ve Never Heard Of, and maybe you will find a few new Blu-rays for your wish list this year! 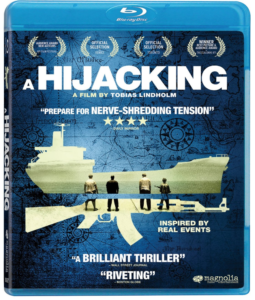 Captain Phillips is probably the most well-known film about a Somali hijacking, but the Danish film A Hijacking is certainly the most well-made and grittiest, most realistic version of this story that you have never heard of. The film is entirely in Danish, so you will need to read subtitles if you don’t speak the language, but it is a suprisingly beautiful movie for a smaller Blu-ray release. The audio and picture
quality on this release are outstanding, as is the movie itself, so if you are looking for a Captain Phillips alternative, this is definitely a Blu-ray that you will want to pick up for your collection. If you are in the US, stick with the Magnolia Films release, as it is a better transfer than the UK’s Arrow Video transfer.

2.) Michael Jordan to the Max

Not everyone is a sports fan, but Michael Jordan to the Max is one of the best sounding Blu-ray releases available today. The picture quality is obviously outstanding, coming from an IMAX film, but the audio is what makes this lesser-known release a must-have. To the Max packs a DTS-HD Master Audio 5.1 track, but it feels like there are at least double that number of speakers around the room. If you have ever wanted to experience what it feels like to be in a packed NBA arena during the NBA Finals, this is as good as it gets. When I think reference audio, I think Michael Jordan to the Max. It will out-perform any theatrical Blu-ray release that you own. 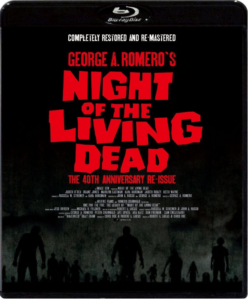 Night of the Living Dead is a horror classic, and is absolutely the most influential movie in terms of the uber-popular “zombie” genre, so for this reason alone you should own this film. In fact, this is probably the one movie on this list that most people have heard of. However, there are many different versions of the Blu-ray, and they all feature different transfers, so there are numerous UK, European, and US releases which do not do this classic justice. The Japanese import from Happinet is by far the best version available today. It is region-free, so it will work on any US/EU Blu-ray player, and even though it is cropped on all four sides, it is absolutely the best looking version of this film, and is a must-have for horror fans. It can be a bit difficult to find for a good price, but that is the fun of collecting. If you want the best Blu-ray version of this classic film, start digging! 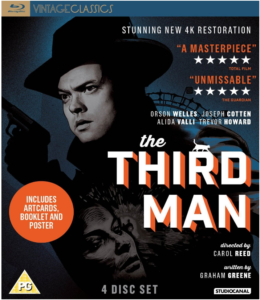 Following the same theme of best available transfers of classics, The Third Man has gained notoriety in the collector community for being one of the most coveted Criterion Collection releases, as it has been out-of-print for some time now and can command upwards of $100 online. However, there is a better transfer available, with packaging that is just as nice and full of special features, and it comes from StudioCanal, based in the UK. This is also a region-free release (able to be played on any Blu-ray player), and it features a cleaner 4K transfer, a beautiful slipcover case, and loads of special features. Being available for under $15 on Amazon UK (versus $100+ for the Criterion), this is the best release of The Third Man available on Blu-ray. Just be sure to buy the UK StudioCanal version (linked here), and not the version available on the Amazon US site. They are vastly different transfers. 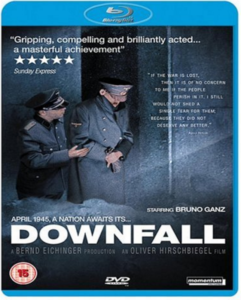 Downfall is another foreign language film, with the only Region A release being a Canadian combo pack, but it is easy enough to find. I consider this one one of my hidden gems, because it is absolutely one of the best WWII films ever made, but I would guarantee most of the Internet has seen it’s most famous scene. If you have seen an “Angry Hitler” video online with funny subtitles, this is where that meme originated from. The subject matter can be difficult to swallow, as it follows Adolf Hitler’s last days in his German bunker, waiting and slowly losing his mind as the Russians and Americans close in on his underground lair. Besides the excellent filmmaking, this Blu-ray release is also gorgeous on the screen and features some excellent audio. It is a great film to show off your display’s contrast, black levels, and color scale, as it is shot primarily underground in damp, gray tunnels. This will really put your new screen to the test, and it is also a must-have for history buffs. One note, this release is entirely in German and does feature subtitles throughout, and there has not been a US Blu-ray release. However, you can find the imported Region Free release on Amazon. 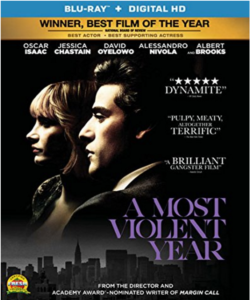 Despite winning the National Board of Review’s Best Film, Best Actor (Oscar Isaac), and Best Supporting Actress (Jessica Chastain) awards in 2014, A Most Violent Year flew well under the radar and opened in theaters to middling box office returns. Its Blu-ray release was fairly uneventful, and you do not see it show up in many collections. However, with a powerful cast led by Isaac, Chastain, and featuring Albert Brooks and David Oyelowo, A Most Violent Year is an excellent film, in the vein of another overlooked but well-done film of recent years, Killing Them Softly. The Blu-ray release featured an excellent slipcover (most likely out-of-print now) and has some excellent, sepia-toned picture quality. The color tones may throw some viewers for a loop, but it was an intended choice by the cinematographer to relate to the film’s setting and time period, and this Blu-ray release is an excellent test piece for any HD display. 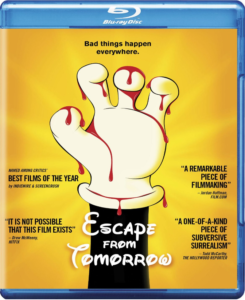 Escape from Tomorrow is one of those films that had a ton of hype in the festival circuit and the horror community, and then it slowly faded into obscurity upon release. The Blu-ray is not very common, so it can be a bit difficult to find for a good price (I found my copy on eBay for under $15) but it is well worth the search. The film is a horror movie that was shot covertly within Disneyworld and Disneyland, without the knowledge of Disney. This could explain its fade into obscurity, as Disney did have some issues with the film, although they later chose to ignore it. The film is shot entirely in black and white, and although it was shot fairly lo-fi, it features some really nice black and white picture. Black and white films are a special interest for me, and I love the way they look in 1080p on Blu-ray. Escape from Tomorrow delivers an excellent black and white Blu-ray experience. If that doesn’t sell you, it is worth finding for its cultural significance and great backstory as well.

Every great collector and movie lover enjoys a good documentary every now and then, and Restrepo is a top-notch example. The film focuses on the war in Afghanistan, featuring some of the most dangerous assignments and front-line platoons in the war on terror. The filmmakers were both on assignment for Vanity Fair and had first-hand experiences with the war, which makes for an incredible documentary experience. Besides the film’s content, the Blu-ray release can be had for fairly cheap, but I think it is often overlooked because Restrepo is featured on Netflix seemingly every time I log-in. However, streaming this movie over your slow WiFi connection does not do it justice, and the Blu-ray is an incredible at-home viewing experience. The picture quality is top notch, but the audio track makes you feel as if you are walking the streets of Kabul and is near-reference quality. This should be the first documentary you pick up on Blu-ray if you want to start collecting the genre. 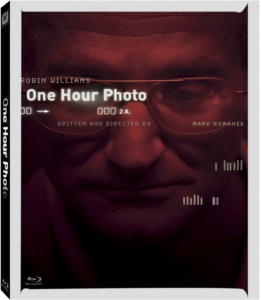 One Hour Photo may be a recognizable movie, but there are few collectors who know about the quality of the Blu-ray release. I included this film in the list for a few reasons, but the biggest being that it has an excellent slipcover and packaging, especially for a film of this caliber. It is a fairly average movie, with a great, creepy performance by Robin Williams, but it is by no means a classic. However, for whatever reason, Fox decided to release One Hour Photo on Blu-ray with special care. The creepy artwork on the slipcover (just getting a slipcover on an average catalog release like this is already a win for collectors) and the attention to detail even on the interior artwork, makes this an excellent release to show off on a shelf. Even with the great attention to packaging, One Hour Photo certainly flew under the radar, and Fox should receive more recognition for the way they handled this Blu-ray release. 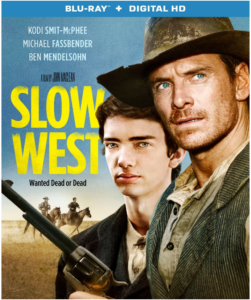 The Western genre has fallen out of favor in recent years, but the indie film community (and Quentin Tarantino) has picked up the slack with films like The Keeping Room, The Homesman, and of course, Slow West. The film features excellent performances from Michael Fassbender and Kodi Smit-McPhee as a pair of travelers making their way across the old West together. It is a quick watch, coming in at under 90 minutes, and a few of the well choreographed and beautifully shot, bloody fight scenes will leave you grasping for more. The film was transferred to Blu-ray beautifully, and if you were sore from the lack of scenery and long, panning shots we were promised in The Hateful Eight, then Slow West can pick up that slack for you. Multiple sequences feature the beautiful scenery of the American West, and the film is a marvel to look at. Audio is also excellent when it comes into play, and the ending sequence is truly one for the home theater enthusiast – you will not be disappointed in Slow West on Blu-ray.