Tomb Raider is a 2018 action-adventure film that was directed by Roar Uthaug, with a screenplay written by Geneva Robertson-Dworet and Alastair Skiddons, from a story by Evan Daugherty and Robertson-Dworet. It is based on the 2013 video game of the same name, with some elements of its sequel by Crystal Dynamics, and is a reboot of the Tomb Raider film series. The film stars Alicia Vikander as Lara Croft, who embarks on a perilous journey to her father’s last known destination, hoping to solve the mystery of his disappearance. Dominic West, Walton Goggins, Daniel Wu, and Kristin Scott Thomas also appear in supporting roles.

Overall, the film received mixed reviews from film critics, with some describing the plot as “paint-by-numbers”, and others praising the grittiness and realistic take on the franchise and Wikander’s performance. The characterization of Croft drew a polarized response, some described her as a “capable, powerful, and unobjectified heroine” while others called her bland, and a “punching bag and onlooker.”

This new entry into the Tomb Raider franchise, being that it’s a reboot of the character, storyline and universe that surrounds it, wasn’t all that bad.  Sure, the film lacks quite a bit in inspired originality; but, if you take this movie and separate it from everything we’ve grown to love about the saga throughout the years, it was pretty enjoyable.  Filled with various amounts of action sequences, and an origin story that really should have been done a lot better, we venture with Lara Croft to a mythical island located somewhere off the cost of Japan.  This movie, at least what it felt like, created the foundation for an extended cinematic universe featuring the eccentric adventurer; allowing them to not only expand upon her adventures, but to allow her to develop into something that at least resembles the personality of the character we’ve experienced over the years. 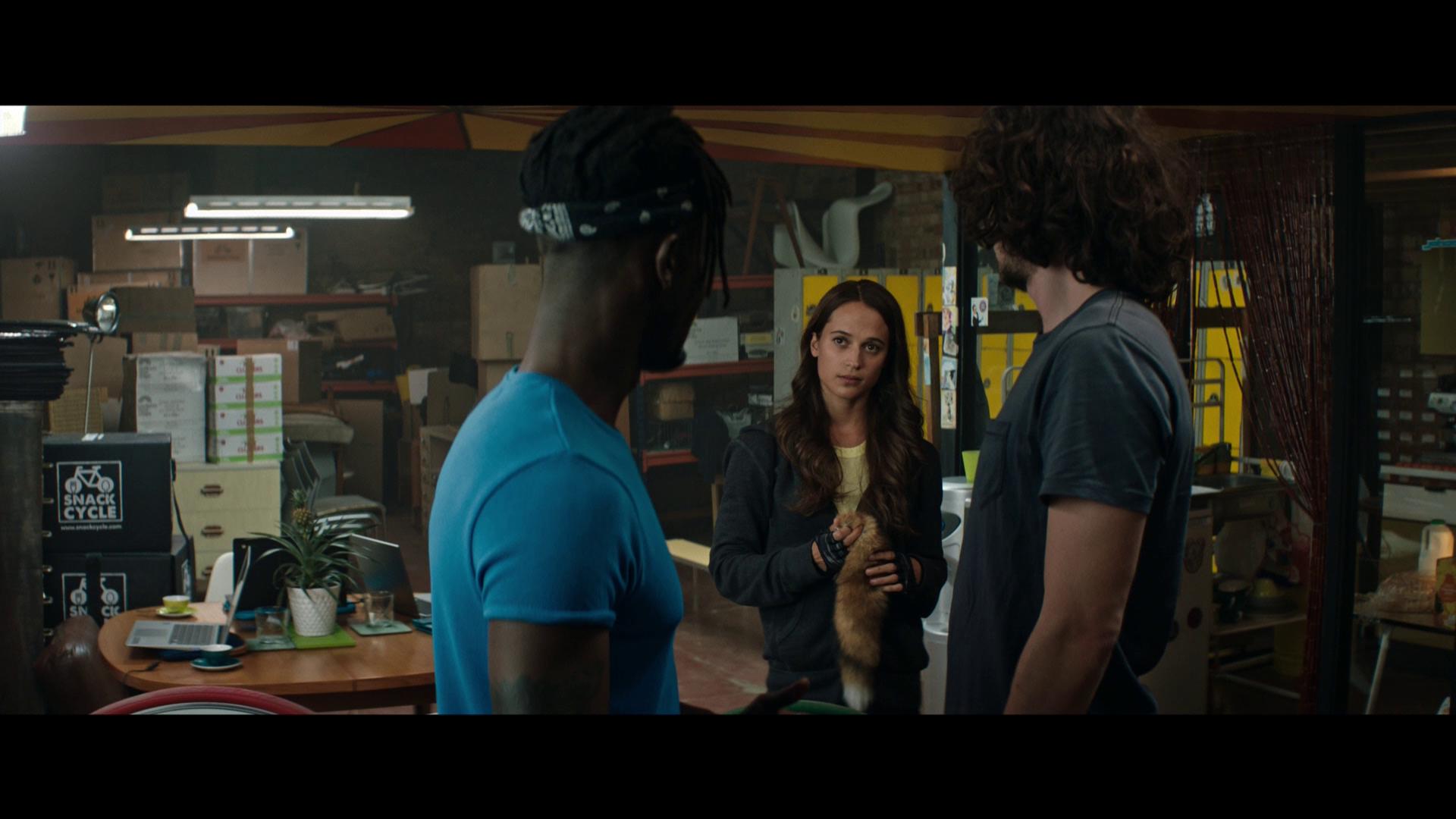 The Blu-ray release of Tomb Raider looked pretty damn good as it played out across my living room television.  Offering a variety of views from the inner-city experiences of the characters, to the jaw-droppingly beautiful jungle sequences that where carried out as she and her crew make their way trying to find this tomb that she learns of from the memoirs of her father.  There were a couple of scenes that played out as they made their way through the ancient ruins that proved to be a little difficult to visually see; but it wasn’t completely horrible as the ambient lighting made everything visible for the most part.  There should have been just a tad more on those sequences. 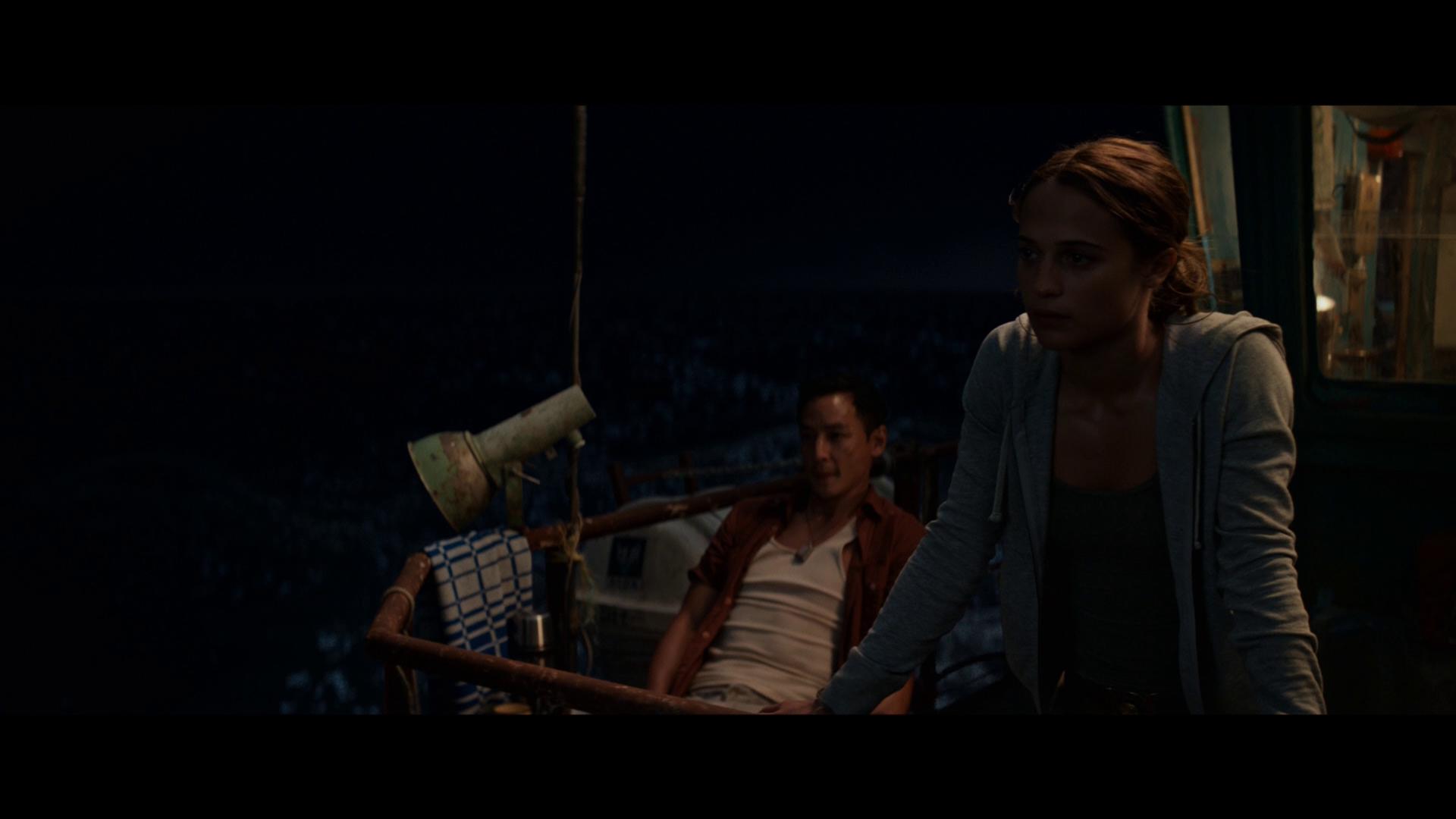 Packaged with a Dolby Atmos audio track, Tomb Raider provides its audiences with an absolutely all out immersive experience that envelops its viewers right from the get-go.  Making proper use of the camera’s placement and transitioning from channel to channel, the work that went into mastering this track is most certainly noticeable and easily appreciated by anyone and everyone that’s able to make use of the technology through their home theater systems.  The dialogue of the film was cleanly presented as everyone that spoke was able to be heard and understood without having to manually adjust the volume levels as it progressed, and the more intense scenes really did a number in emphasizing the seriousness with the musical accompaniment and sound effects as they would power house their way through the appropriate channels.

The Blu-ray release of Tomb Raider comes packaged in your standard two-disc Blu-ray amaray case.  Within that case is the standard Blu-ray copy of the film as well as the standard DVD copy.  Both discs do not feature any artwork that’s related to the film outside of the standard release text and solid colored background.  It should be noted that they did opt with a green background for these discs to make them semi-relatable to the movie, as opposed to going with the standardized blue background.  There is also a digital copy redemption pamphlet that’s been included for the various streaming options as well as a slipcover that’s been made available with the original pressing of the release that features the same piece of artwork that’s provided on the case art.

The Blu-ray release of Tomb Raider only comes packaged with a few special features that allows for some exploration into the storyline, answering some questions that may have been raised while watching through it.  The overall primary focus of the features that have been included is directed more at the work that went into making this film, as well as some history of the titular character.  The content that is made available, I felt it to be pretty fulfilling and really enjoyable from start to finish.  Included with this release is: 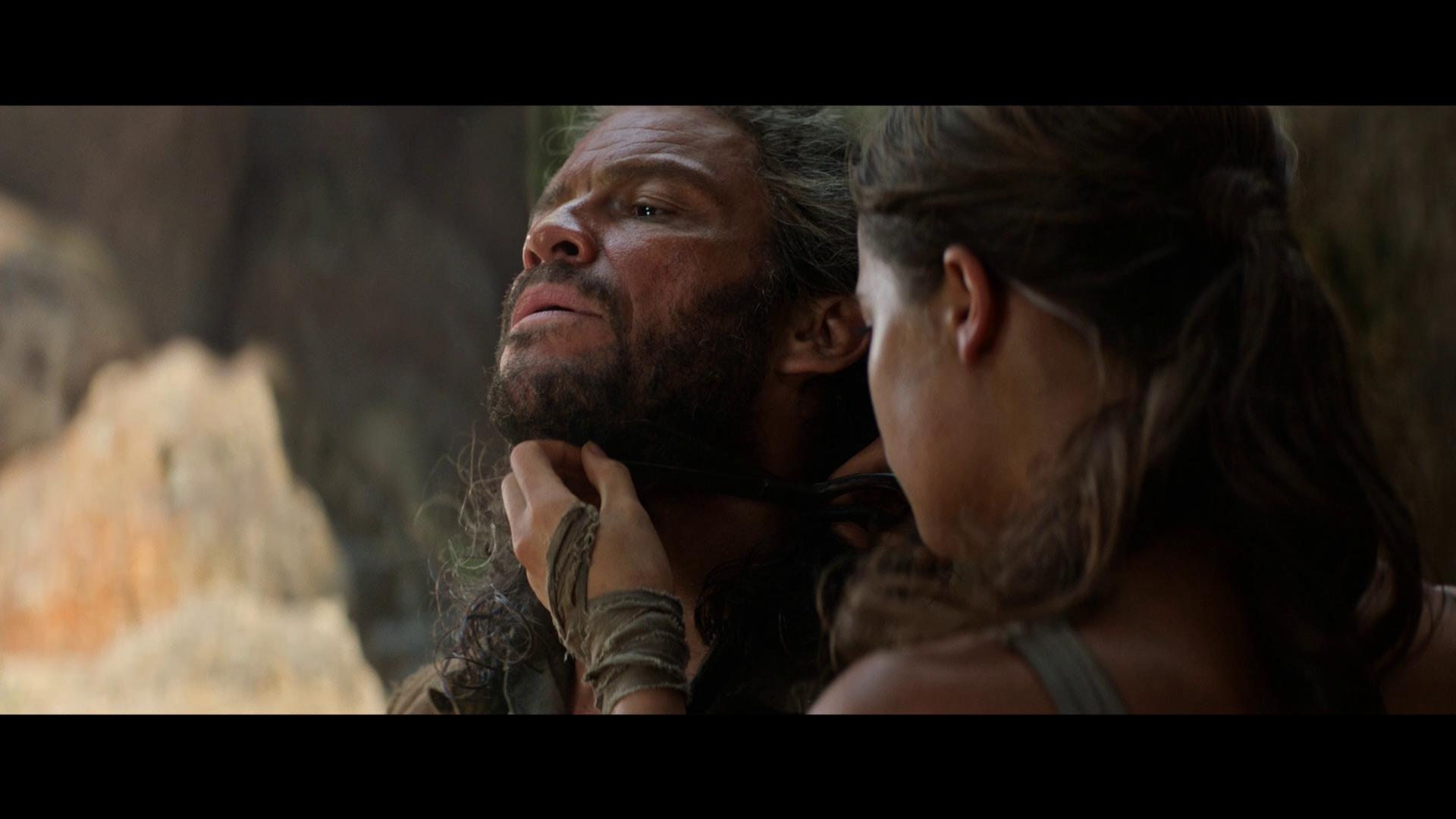 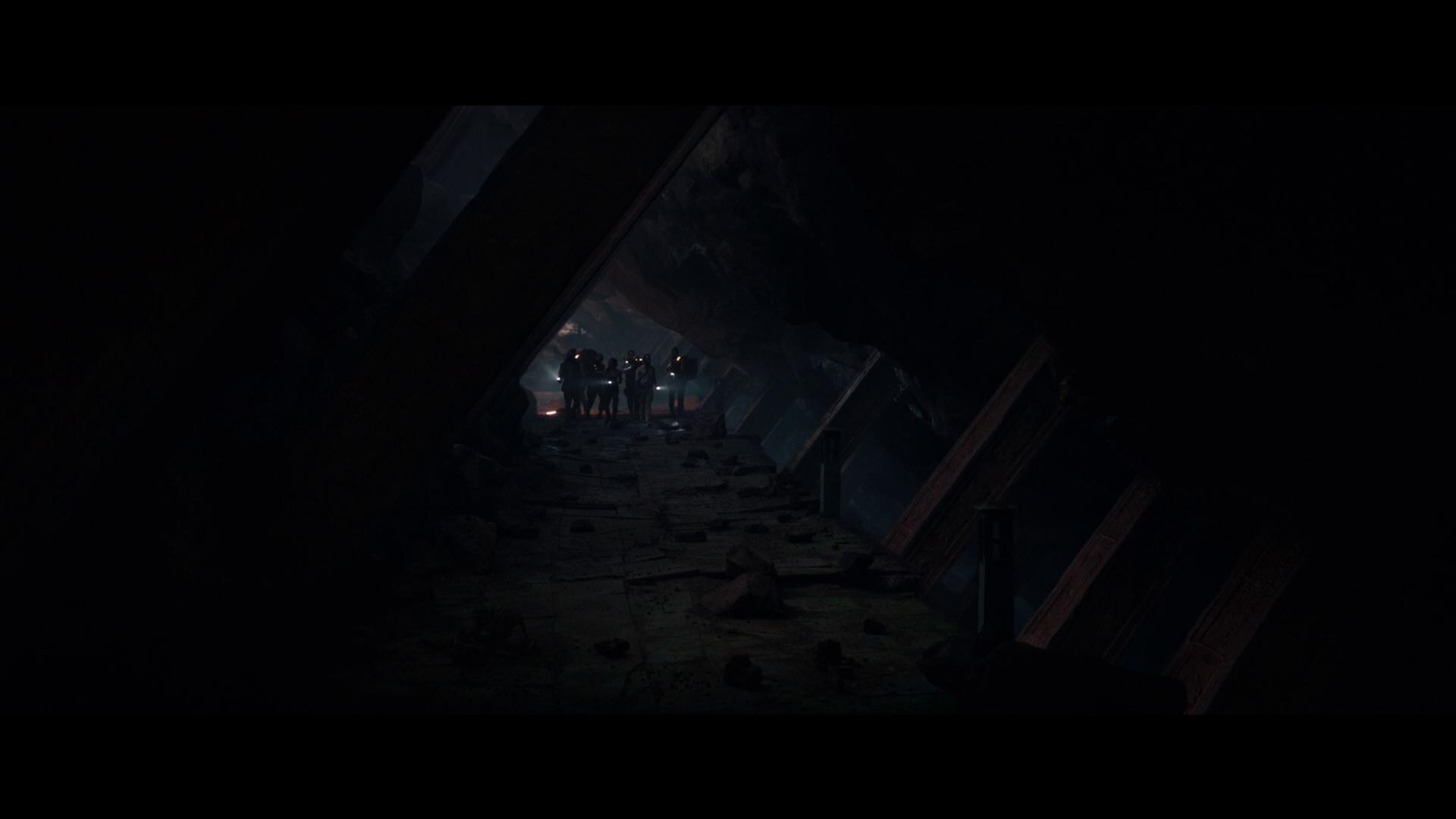 I was really glad that I got the opportunity to sit down with Tomb Raider because this is a saga that I had grown up with the video games, and enjoyed the overall amount of cheese that accompanied the previously released Angelina Jolie films.  Sure, this movie doesn’t really live up to the experiences that we had with the character in the previous “universe”, but this movie felt to be pretty well on par with the experiences we’re getting out of the current generation of Tomb Raider video games.  The movie opens us up to the possibility of more to be made down the road, expanding the cinematic universe that surrounds the character, and I’m pretty excited to see where they end up taking things from here.  The presentation, both video and sound, of this release were really on point and made for quite the experience from start to finish.  The special features were really nice as they showed and allowed for an appreciation for the work that went on behind the scenes.  I do wish that they would have included a feature audio commentary to accompany the film as well.  If you’re considering grabbing this film for your collection, I’d definitely recommend checking it out.  Tomb Raider is available on 4K UHD, and Blu-ray today! 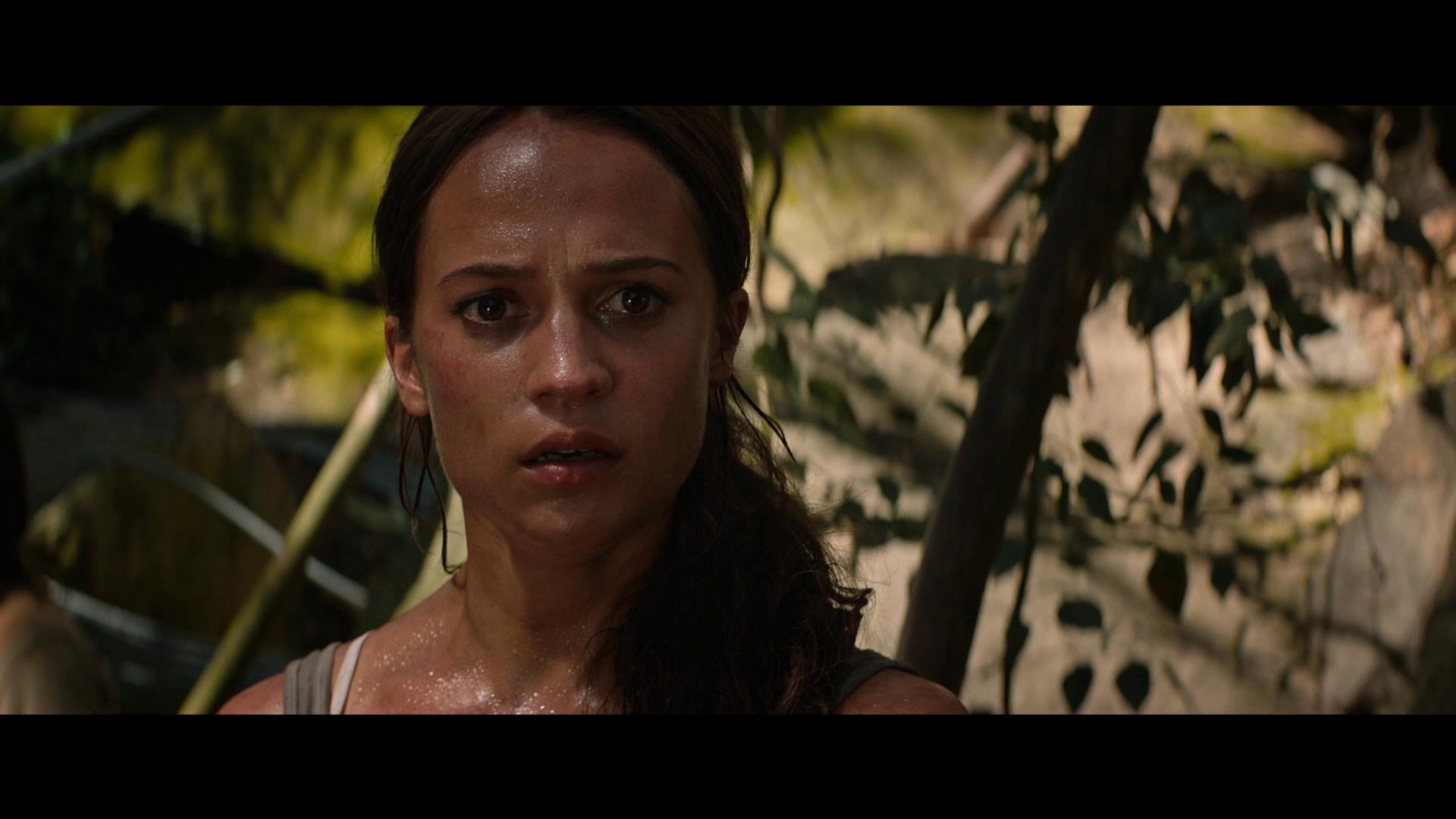