Have you ever wondered what big name Hollywood actors do in their down-time? If the tabloid magazines at the checkout register are any indication, celebrities are just like you and I. Obviously, they are so cool they would never have nerdy pastimes like Dungeons and Dragons and if they did they certainly wouldn’t admit it, would they? I guess Vin Diesel isn’t your average celebrity; he has enough clout that he can actually turn his D&D character into a big budget Hollywood film.  This is how The Last Witch Hunter was born.

The Last Witch Hunter starts in the 13th century with our hero Kaulder and a group of warriors attempting to storm the bastion of the Witch Queen, who is responsible for the creation of the Black Plague. Ultimately they are victorious, but Kaulder gets “cursed” with immortality. Even with the death of the Queen, magic and witches survive and throughout the next 800 years our hero does what he can to keep them in check along with the help of a secret religious order known as The Axe and Cross.

In present times Kaulder is seemingly having the time of his life, he has a nice place, fast cars, and all the stewardesses he can handle. That is until his closest friend and adviser the 36th Dolan (played by Michael Caine) is seemingly murdered and then it’s up to Kaulder to hunt the culprit down. Does any of this sound over familiar or generic? That’s because it is, throughout the whole film not one part of the story will surprise you. It’s probably one of if not the most formulaic movies I have ever seen story-wise. This doesn’t make it a terrible film by any means, just that if you watch quite a few in this genre you’ll know every plot point before it happens, even when there are supposed to be “twists”.

If you enjoy movies about witches, mysticism, magic, and one bad-ass character tearing everyone up, then you’ll like this just the same. Perhaps the screen writer just happened to have  a Blade/Constantine marathon before he sat down to write. The world building was excellent for what little it showed and could have even delved more into it. I actually think this franchise instead of the sequel they left open would make an excellent television series or something to be on Netflix. Having Kaulder solve different types of murders and hunt down these other hidden evils using some awesome weaponry and new gorgeous witch sidekick could work quite well. 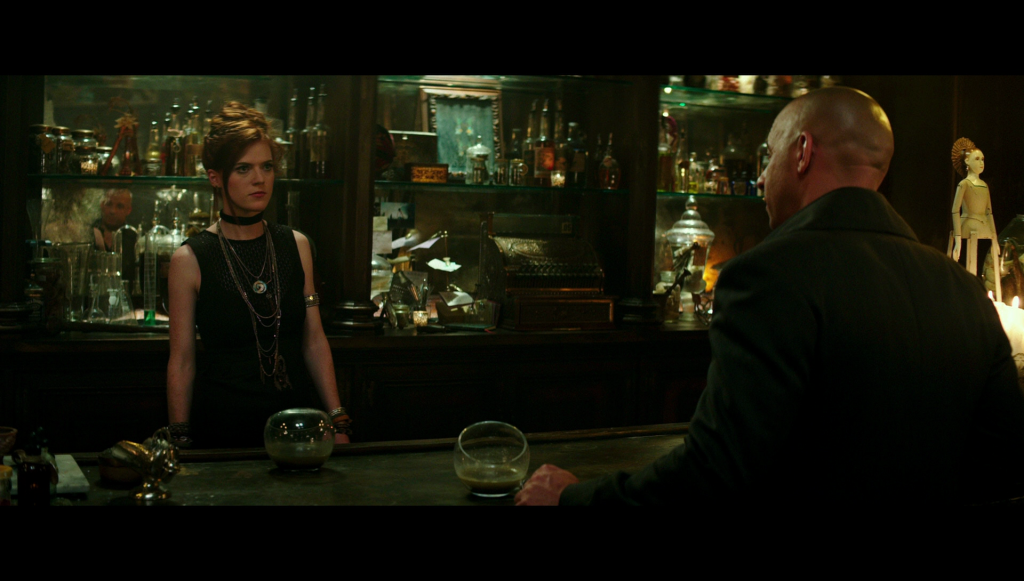 A few of the scenes in this film are the best shots I have ever seen on Blu-ray. The colors are spectacular , bright, and vivid. There are some darker scenes towards the end that don’t seem to have quite the detail that the early film does. This film was digitally shot with Arri Alexa cameras and looks great other than a few quibbles which most either won’t notice or won’t care. For the amount of CGI expected in a film like this it is nice to see so much practical work, the designers and effects staff did a great job.

At the present I only have a 5.1 surround set-up and this is one of the few movies that I would have to say where it isn’t enough.  This has an impressive 7.1 DTS:X mix that really pushes all the speakers perfectly.  All the dialogue is crisp and clear with no dropout.  During the action scenes and any with multiple people the rear speakers seemed to come alive.  I can only imagine what a proper setup can do with this film.

Crafting the Magic: The Last Witch Hunter (30:20)  These are my favorite types of features.  Not only do they show how they shoot certain shots, but they let us regular viewers get a peek inside the actor interaction.  They discuss how the movie was only possible due to Vin Diesel’s participation as actor and producer and how dedicated he is in his work.  He also talks about his D&D obsession and how his character came to the big screen.  The producers and directors also talk about the mythology and how they created everything from scratch.  If you liked the film or are interested in some inner working this is certainly worth spending 30 minutes to check out.

Animated Short Films – The Origins of the Axe and Cross (9:52) Features four shorts narrated by Michael Caine.  Each one has a different animator and composer that gives a little insight into the Axe and Cross.  They are only about two and a half minutes long, but they don’t add much of anything to the story.  If you are one that likes animation then you may want to watch just to see a couple different animated takes on the characters.

Sizzle Reel (1:36) Just a short video of highlights with the cover of Paint It Black that was over the end credits.

Commentary with Breck Eisner: I listened to about 35 minutes.  Eisner provides a lot of information about the film.  He goes over the different aspects of where they shot and how much was practical vs digital.  He also talks about why and how he got actors Michael Caine and Elijah Wood on board.  I am not normally one for commentaries but what Eisner talked about was very informative and will certainly be interesting to those wanting to know more about the film or production in general.

Deleted Scenes (5:42)  Two scenes in which only the first is worth watching and adds to the story.  It shows Belial at Chloe’s bar before Kaulder shows up. 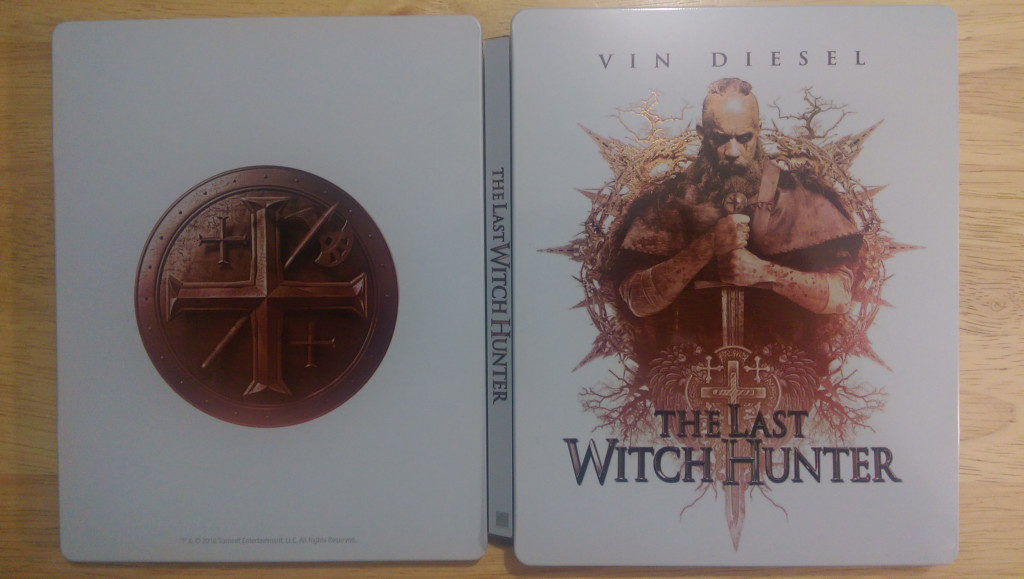 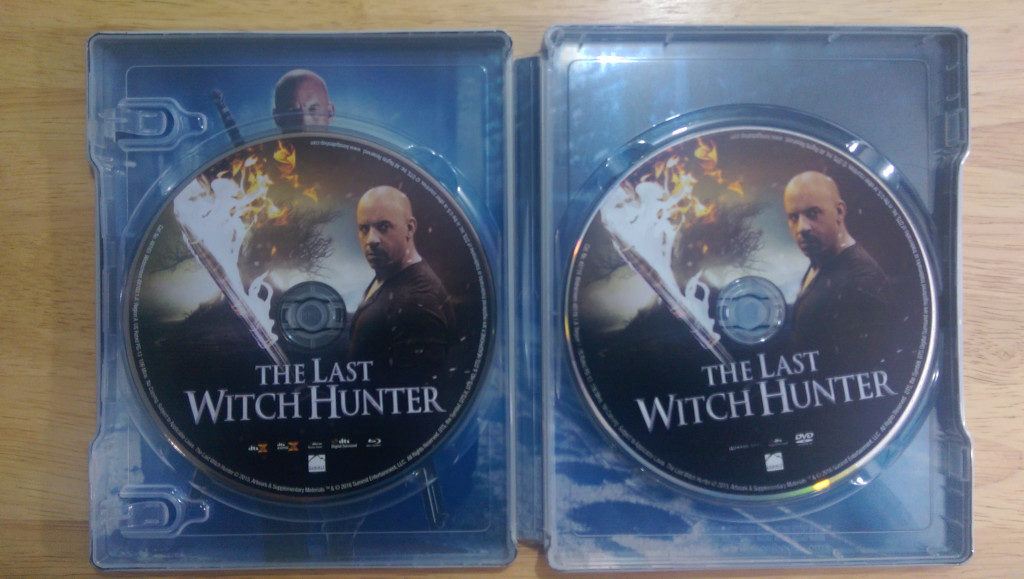 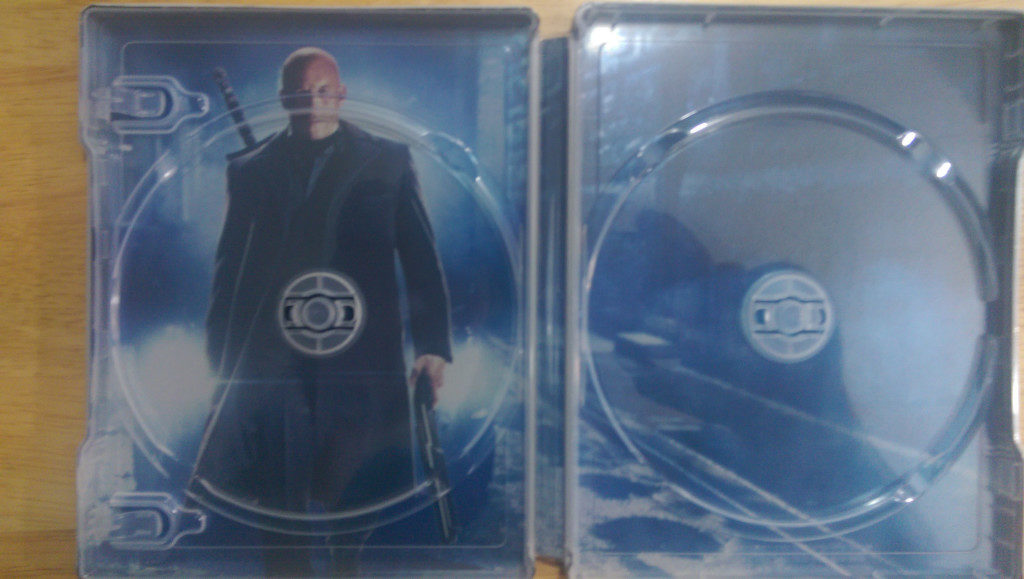 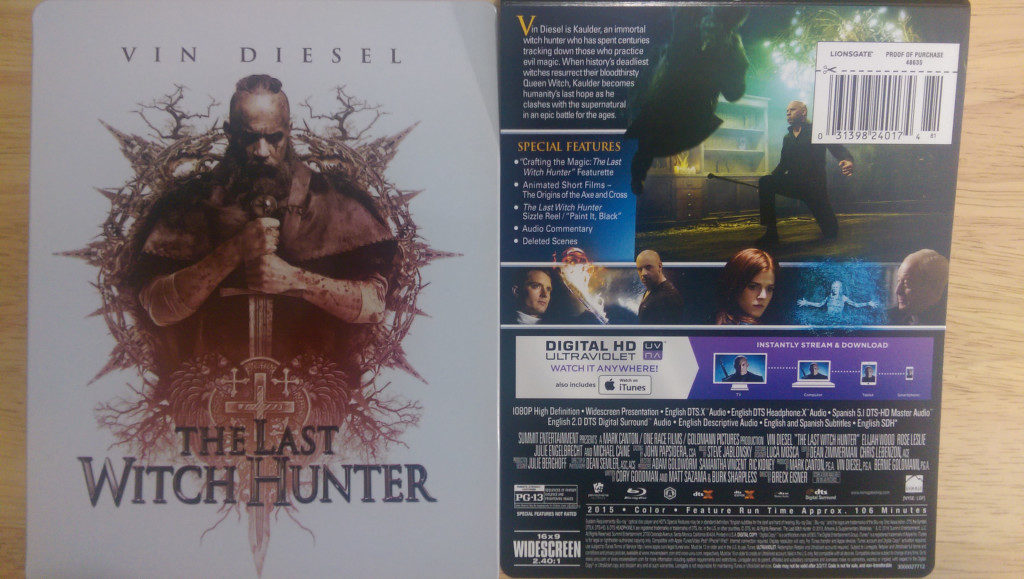 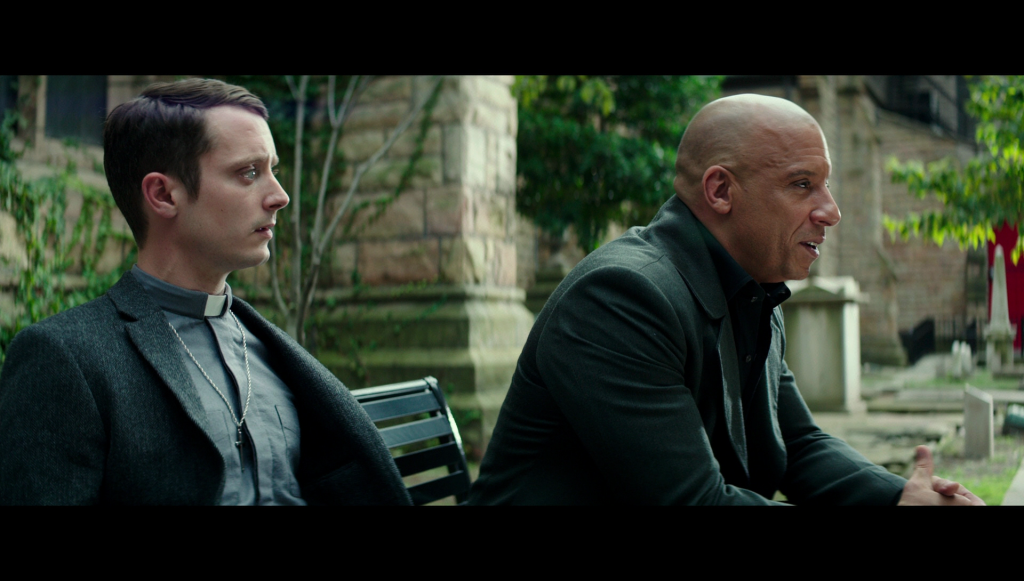 To me The Last Witch Hunter is an average film story wise and I think most scores reflect that.  What isn’t innately inherent is the intricacies interwoven inside itself.  There is a nice bit of world building and mythology started.  This could easily be turned into something great in the future, unfortunately the mixed reviews may preclude that however.  What you do get with this Blu-ray is a good popcorn movie for someone that likes the fantasy genre.  The picture and audio quality are superb and even though we are late in the Blu-ray cycle to be talking about reference quality stuff, this could certainly fit the bill for those considering a purchase.  I ordered this Steelbook on release for $19.99 from Best Buy and it has since gone up.  The Steel itself is really good looking, it’s very glossy.  I’m not the biggest Steelbook fan so I won’t give a price recommendation like I normally do as it seems that value can vary from collector to collector.  The regular version is also available at Amazon and I have seen it as low as $15 which I would easily jump on if you have interest.  We also can’t forget about the 4K version either; this movie looked so great in Blu-ray that I am really looking forward to when I can be able to upgrade my setup and can’t wait to see how these films will look with full HDR. 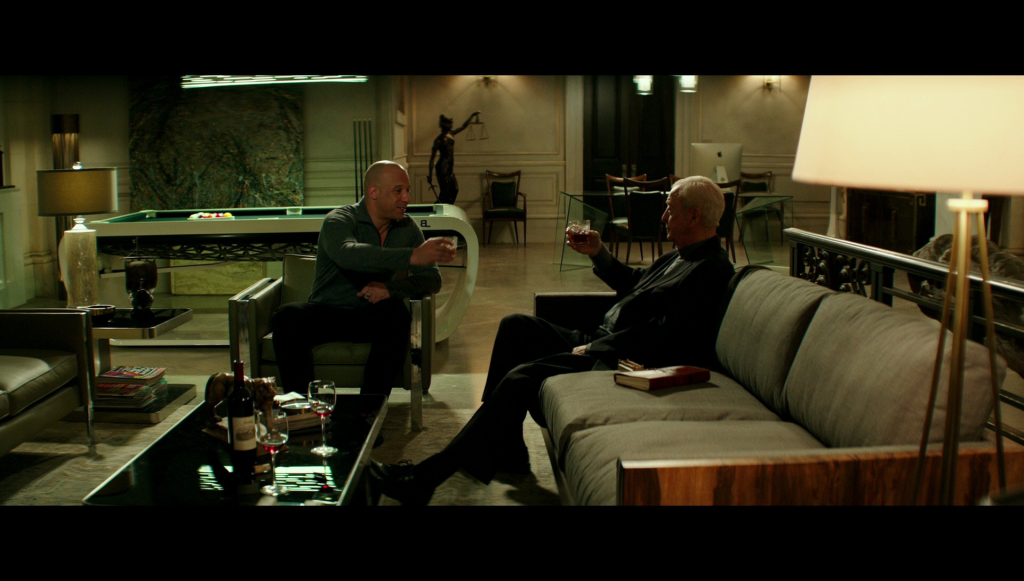