The Witch (or as it was stylized on screen as The VVitch: A New England Folktale) is a 2015 period supernatural horror film that was written and directed by Robert Eggers in his directorial debut. The film stars Anya Taylor-Joy, Ralph Ineson, Kate Dickie, Harvey Scrimshaw, Ellie Grainger, and Lucas Dawson. The Witch follows a Separatist family as they are encountering the forces of evil in the woods beyond their New England farm, forces that may either be real or completely imaginary.

Taking place during the 1630’s in New England, English settler William and his family — wife Katherine, daughter Thomasin, son Caleb, and fraternal twins Mercy and Jonas — are banished from a Puritan Plymouth colony over a religious dispute. They build a farm near a large, and very secluded forest and Katherine has a newborn child, Samuel. One day, Thomasin is playing peekaboo with Samuel when the baby suddenly disappears. It is later revealed that a witch had stolen the unbaptized Samuel and that night kills him and uses his blood and fat to make a flying ointment.

An international co-production between the United States and Canada, the film made its original premiere at the 2015 Sundance Film Festival on January 27, 2015, and was widely released by A24 Films on February 19, 2016. The film received positive reviews and was considered to be a box office success, grossing $40 million against an operating budget of $4 million. 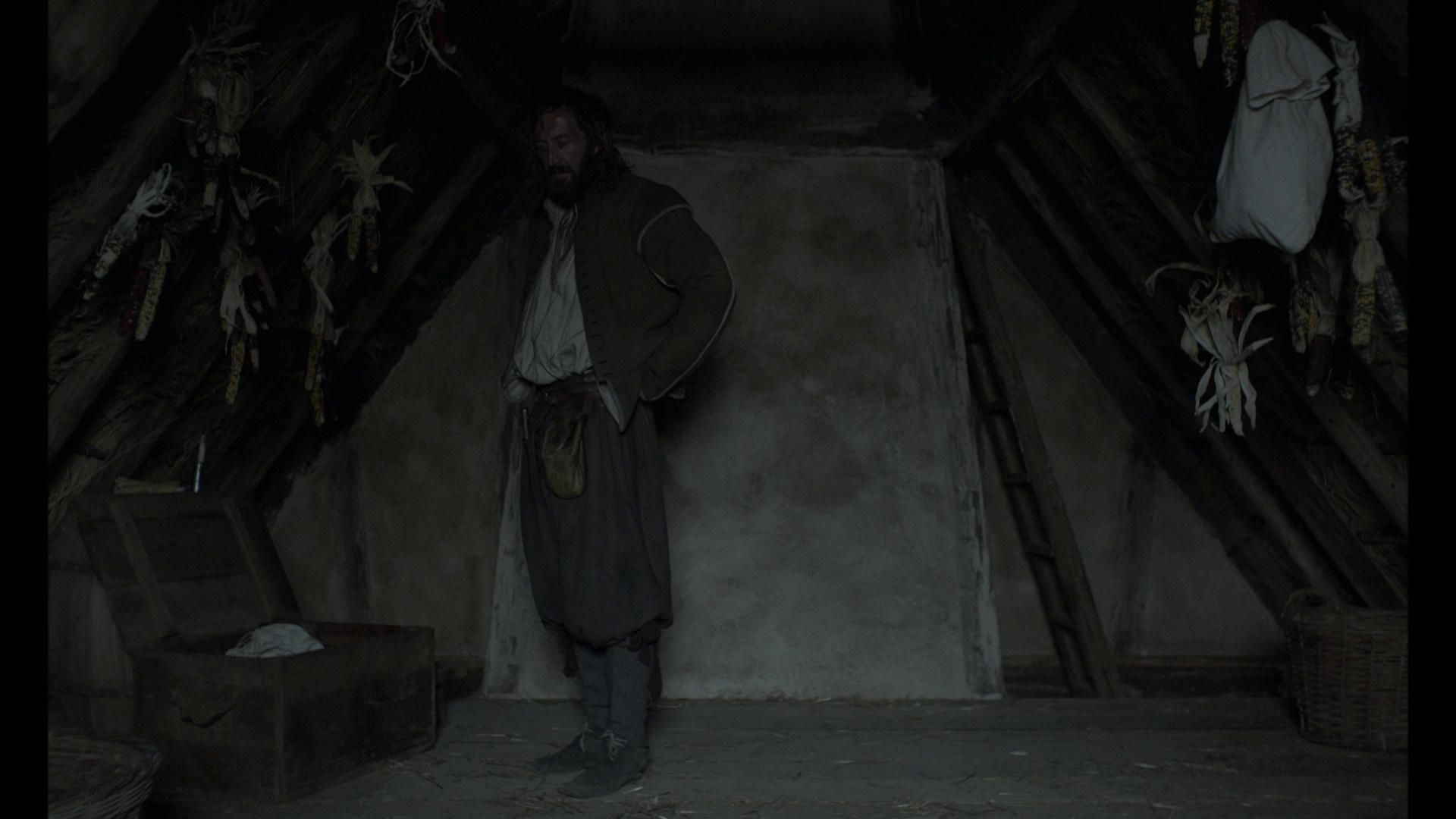 The Witch is a movie that features a terror that’s really unlike the majority of experiences we see from within the genre. Playing into the imagination and overall mentality that accompanies the various beliefs of this time period, the darker ambiance of the film really does a great job at invoking the fear, and playing with the minds and imaginations of audience members alike. The movie does take a little bit to get into, and certainly isn’t something that everybody will enjoy; but, this opportunity to revisit the movie in 4K really brought some new aspects to the story to life and made both my wife and I appreciate it even more.

Made available in a 1.66:1 2160p presentation courtesy of Lionsgate Films, the 4K UHD copy of The Witch brings a much more fascinating look into the folklore that accompanies this story. Giving viewers a much more detailed look into the aesthetics of the time period, viewers are able to appreciate some of the work and attention to detail that went into planning and executing the costuming efforts of the movie. The washed out color tones to the movie offer more of a distinct visualization of mid-17th century experiences (at least according to the history books that I’ve seen). Overall, I can certainly attest to the fact that this scan offers a considerable amount of improvement over the previously released Blu-ray copies.

Bundled with an English DTS-HD Master Audio 5.1 audio mix, the 4K UHD release of The Witch doesn’t necessarily offer anything that would be considered to be earth-shattering; however the overall utilization of the lower frequencies helped to create and evolve the landscape and scenic elements to the experiences that were had, and offered a considerable amount of immersion for viewers. Playing more into the mind of the viewer, the lack of surround channels with the track doesn’t deter from the overall experience, and my wife and I absolutely had a great time with the track. The dialogue is spoken cleanly, and the characters are able to be heard and understood without the need to adjust the volume as it continues onward. 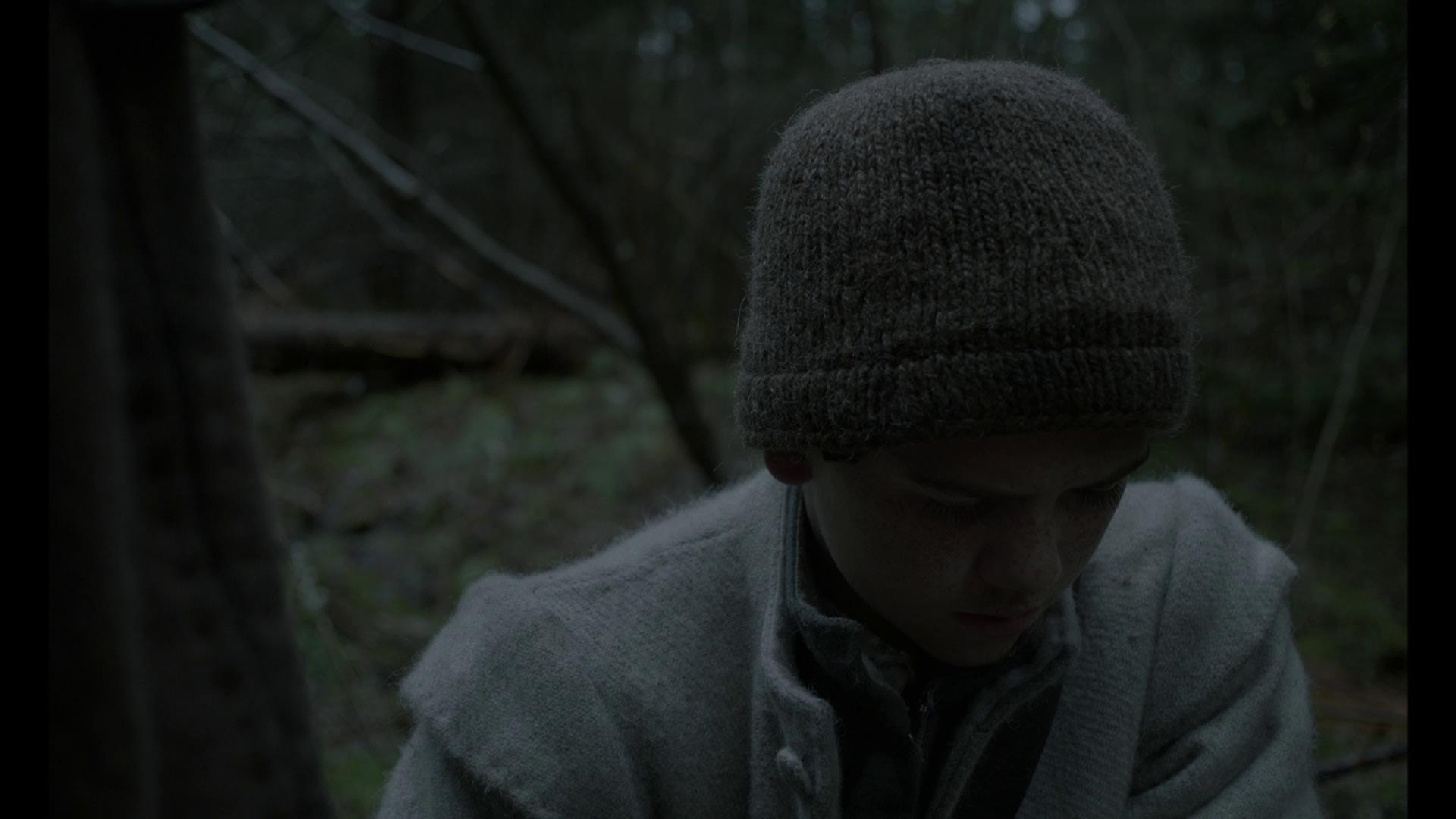 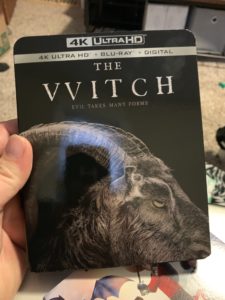 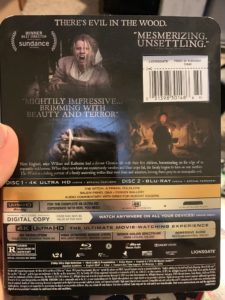 There are a few special features that are included on the 4K copy of The Witch. The content that’s been included offers a small look into the storyline, the folktale from within, and the overall experiences that were had and shared with the cast and crew members while they were making the movie. Included with this release is: 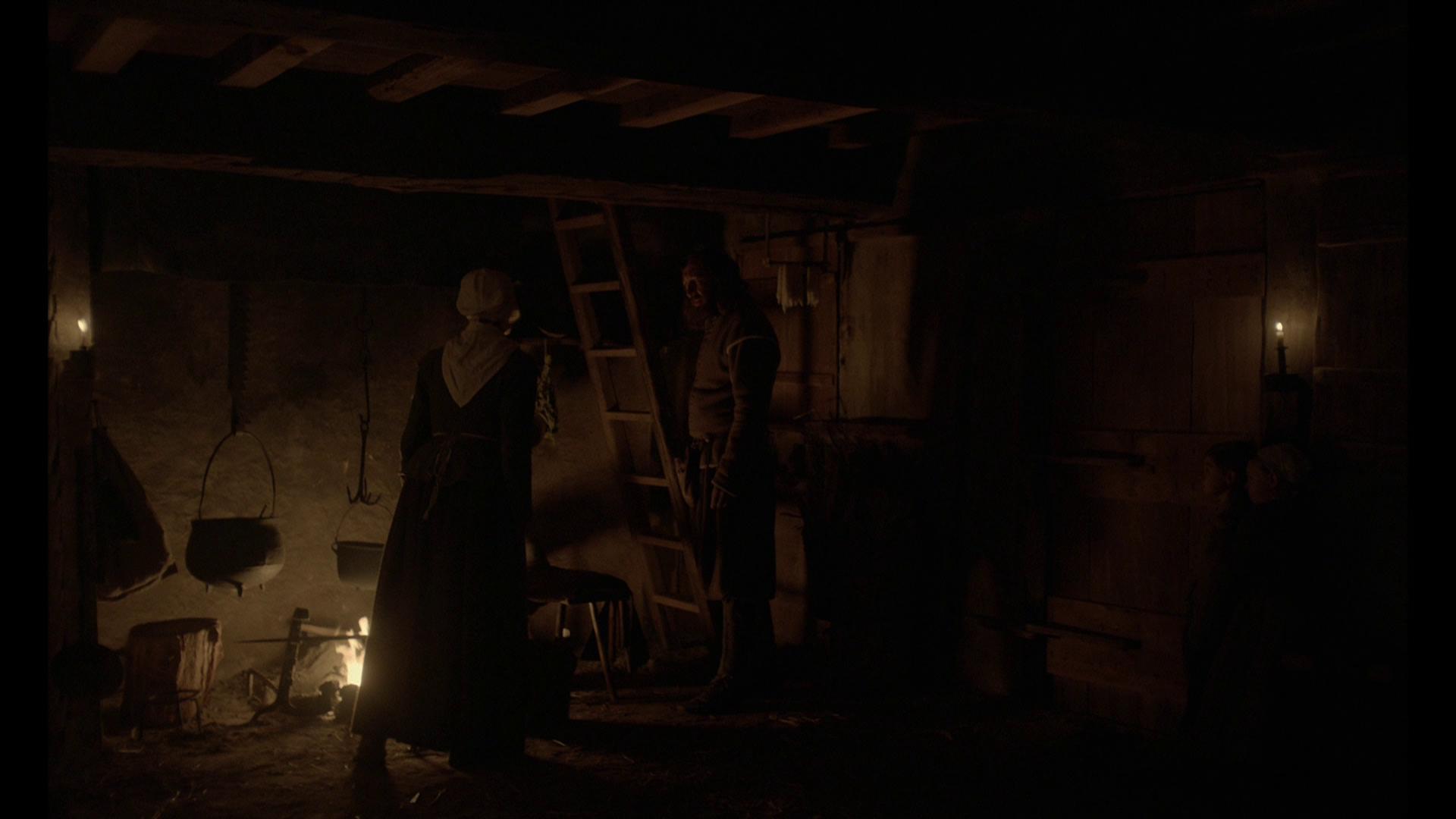 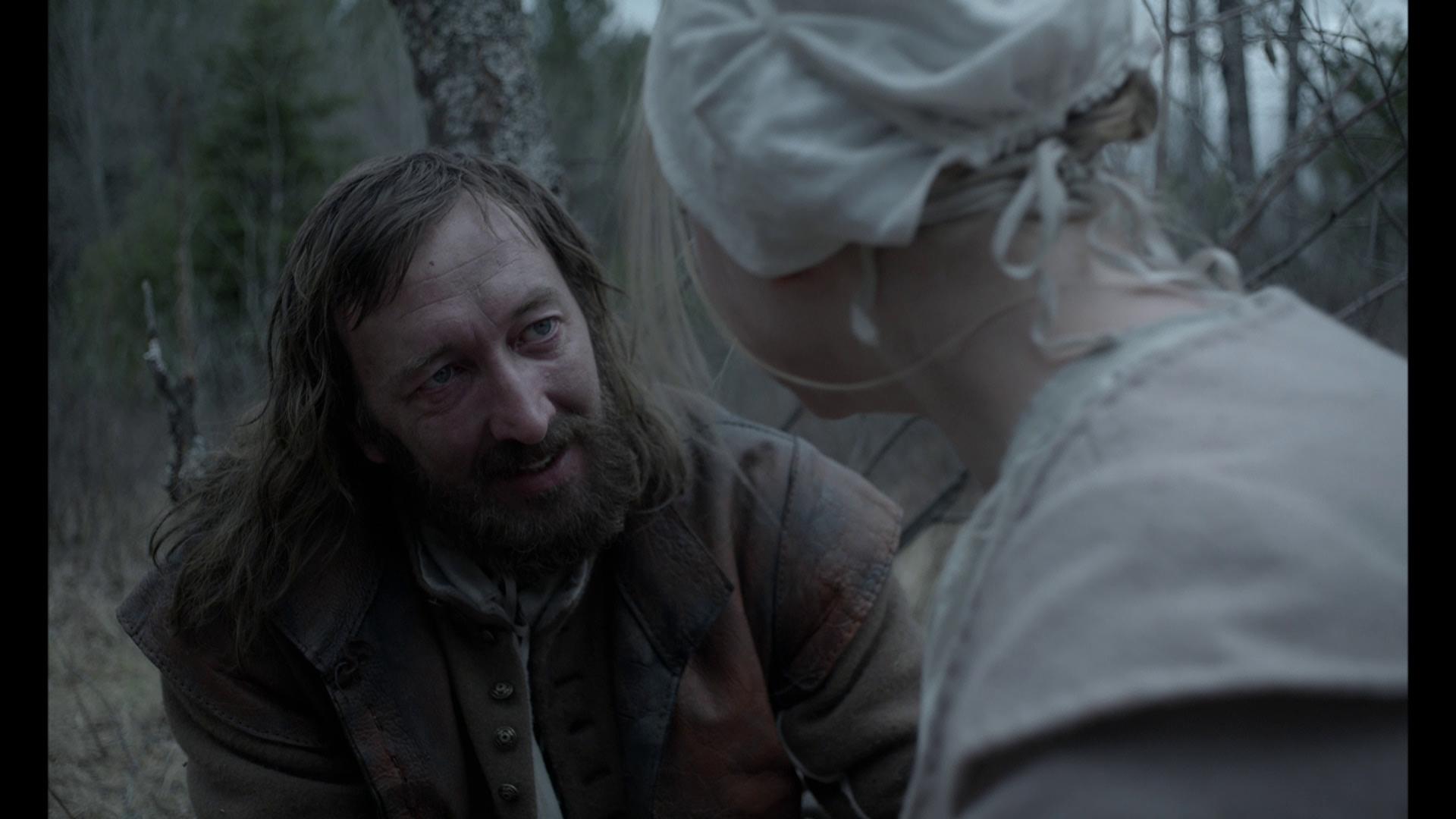 I’ll be first to admit that when The Witch had originally dropped a few years ago, I was quite bored with the story and overall experience. I can’t really recall what kind of frame of mind I was in then; but after sitting down to this the other night, I can say that it’s become one of my personal favorites. The audio and visual presentation of the 4K UHD release were exceptionally handled, and offered an extremely clean look into everything. The supplements could’ve been handled better, but I can also assume that this release was a quick cash grab given the finer details of the release. Regardless, the improvements are certainly there, and I would definitely say that upgrading The Witch to 4K UHD is definitely worth the money. 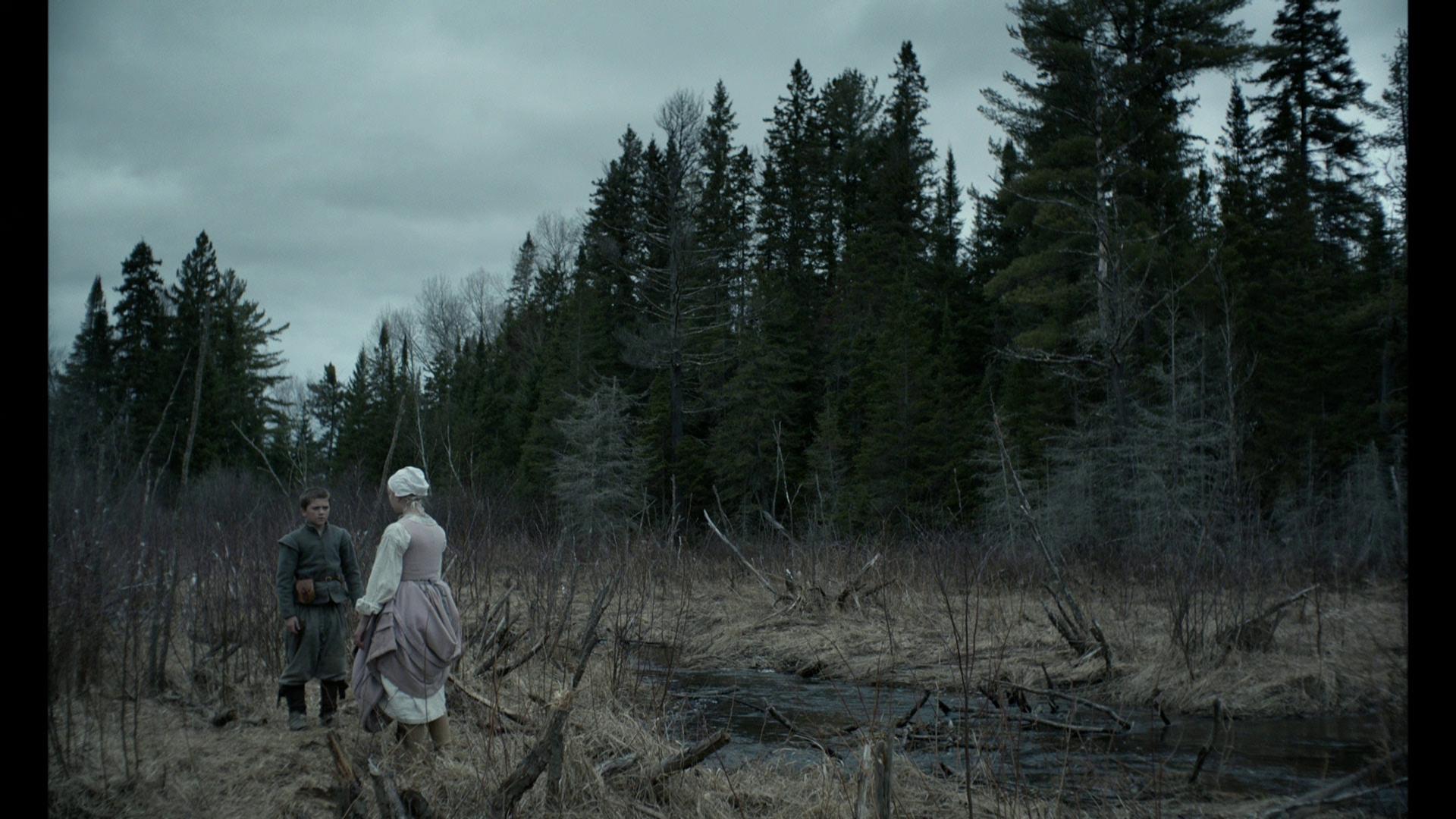