Just imagine a dessert that resembles a cross between ice cream and marshmallow cream. It is sweet, creamy, and filling. Even better, this dessert has no calories. You can eat as much as this dessert as you want and not put on weight. You would in fact even lose weight. How popular would this delectable dessert be? That, my friends, would be The Stuff.

Also, be sure to check out our exclusive giveaway of The Stuff Blu-ray from Arrow Video!

The Stuff is a 1985 horror-comedy cult classic directed by Larry Cohen. We have a new dessert called “The Stuff” that comes straight out of the ground. It looks like a mixture of ice cream, yogurt and marshmallow crème. Everybody loves the taste of it and it is extremely addictive. People also find that they lose weight when they eat more of it because it is very filling and calorie free. There is no way there could be any downside to it, or could there? 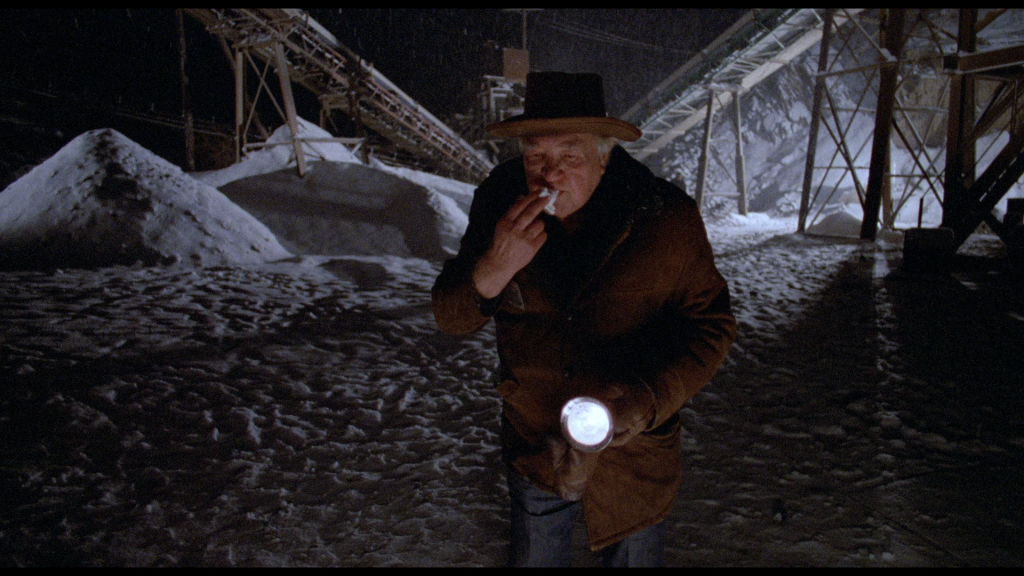 As a result of these traits, The Stuff beats the ever-loving snot out of the ice cream industry. In response the ice cream industry leaders hire an industrial saboteur to investigate it so they can find a way to beat it. At the same time, we have a young boy who has witnessed The Stuff moving around on its own. Through the saboteur and this young boy, we start to learn that there is might be something far more dangerous in this dessert than meets the taste buds. 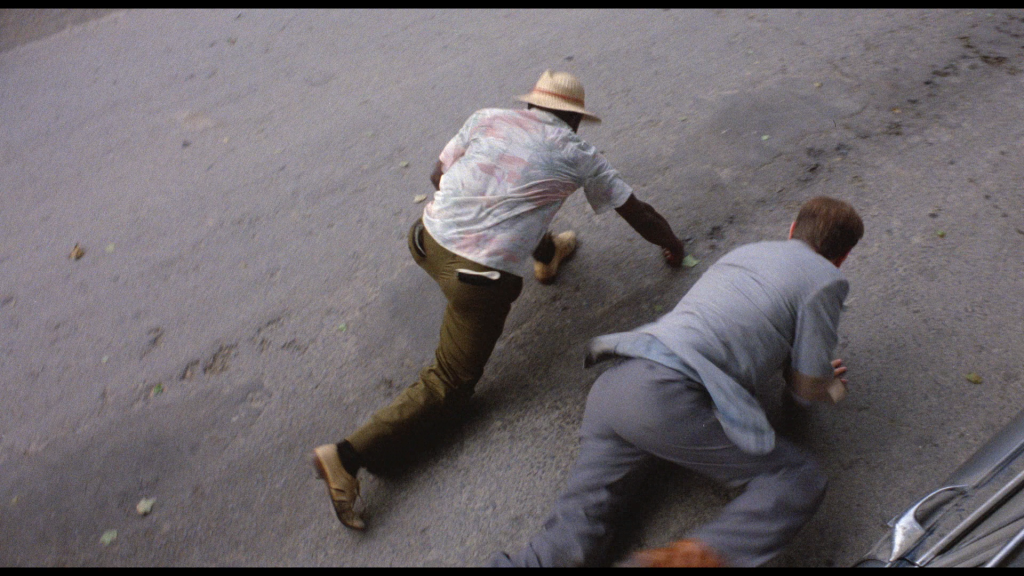 Through the course of the movie, we learn that this deadly dessert can move on its own and might have its own agenda. Consuming The Stuff in mass quantities might be playing right into the hands of the dessert itself. And to think this substance didn’t even come from Monsanto!

The young boy, Jason, is stuck between a rock and a hard place. Having witnessed the dessert moving by itself, he is disturbed and is afraid to eat it, but his whole family is within the grip of the dessert. They all eat it and eventually move to a diet of nothing but The Stuff. They don’t sleep or get tired, they just eat more of it. Being completely under the thrall of The Stuff, they try to force Jason to eat it and join them as well. 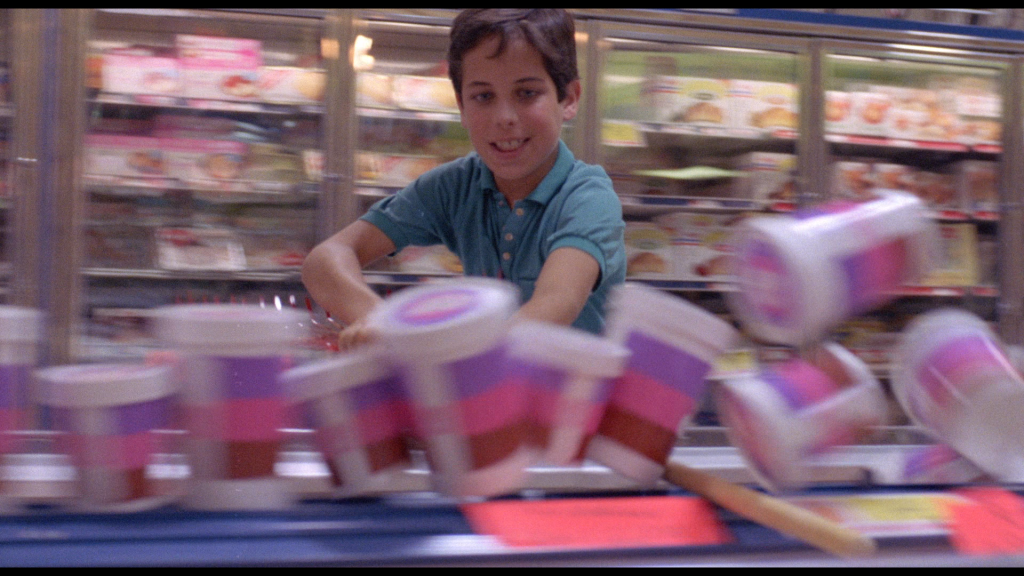 For the limited screen time they get, I think Jason’s family is a truly strong point of the movie and they play their part well, especially the father. I wasn’t a huge fan of Jason himself, but the father made up for those scenes for me. I really loved how he delivered his lines and the facial expressions he gave the camera. His performance stole the show in most of the family scenes for me with him just perfectly fitting the tone of the movie. 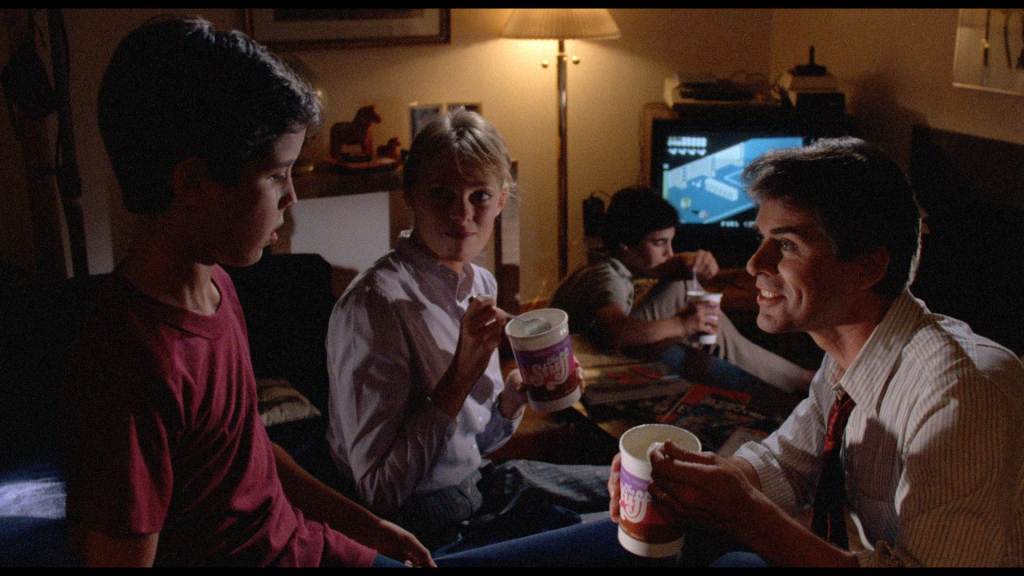 Our other main protagonist, Mo, is the strongest character of them all. He is our previously mentioned saboteur and he starts out with no stake in the matter other than a paycheck. We get to see him develop a deeper interest and horror as he unpeels layer after layer of trouble with this dessert. As he progresses, is also the most interesting and entertaining of them all. He is really the highlight of the movie anytime he is on screen. His accent and intonations are great for the character. He’s borders on normal, but reminds us from time to time that he is a little weird. Along with this the voice he uses works great for the situations. 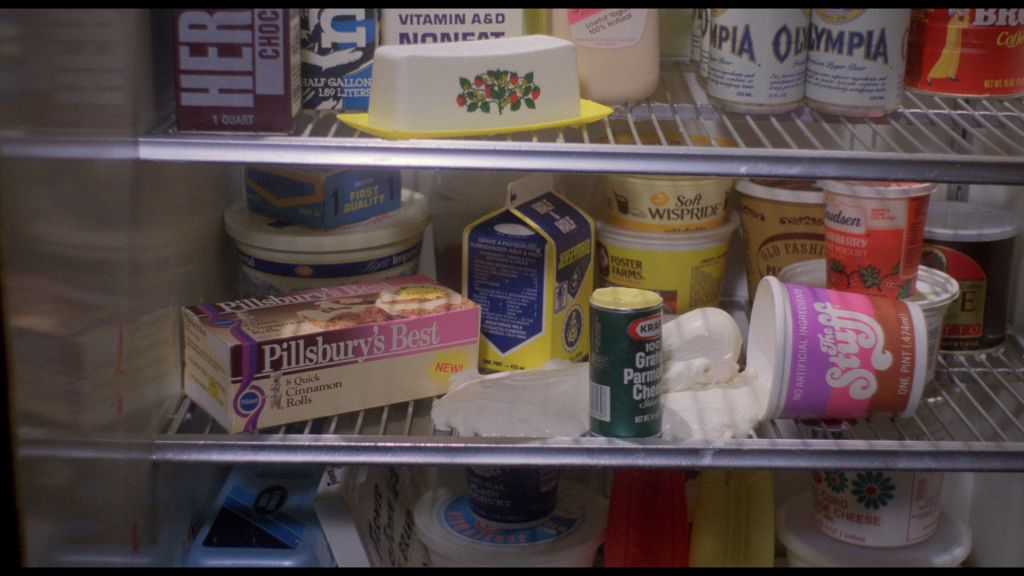 Overall, the movie might have been labeled a horror movie, but I think its as much comedy and satire as anything else. This is what makes it still work to this day. The not-so-subtle attack on consumerism and American gluttony plays out pretty well and still fits today. Sure it is silly at times, but the movie effectively shows how people want to avoid looking for any downside in something that seems too good to be true. 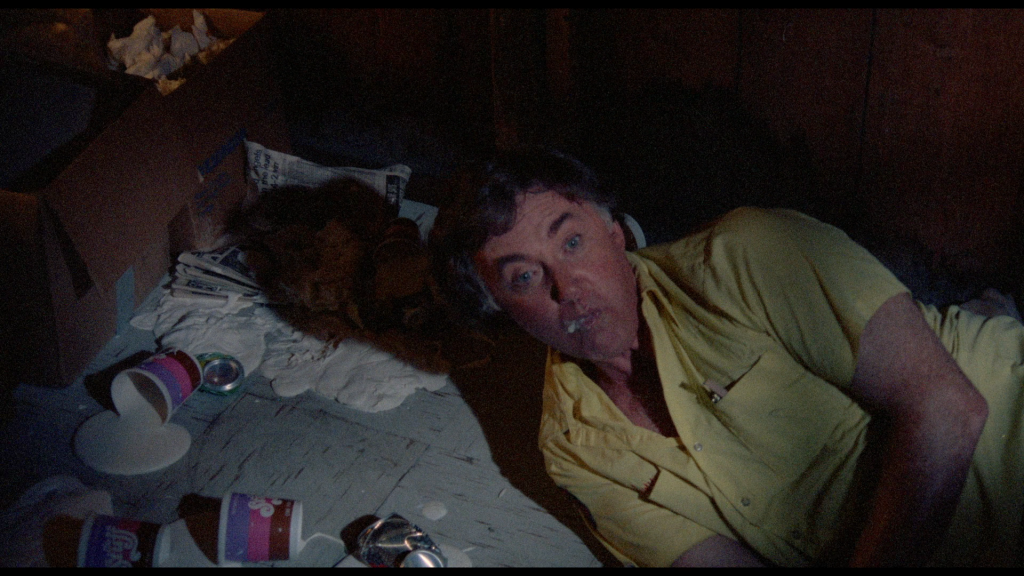 The movie makes the most of an absurd set up and Michael Moriarty’s energy for what results in quite a fun ride with some horror elements mixed in. While, I personally think the end starts to drag until the last few scenes, the movie as whole is paced quite well and effectively entertains. The satire adds an extra layer to the movie to enhance it upon repeat viewings and longevity. It all makes for something worth viewing and for cult classic fans a movie worth owning and revisiting over time.

I will say that the picture for this release surprises me a little. This is a cult classic coming from the mid-80s. With that said, I have to hand it to Arrow as the picture quality is quite good. While there is plenty of grain, it seems to be a very true grain and the images are actually quite sharp. The colors look solid and there are no apparent artifacts from DNR or any other artificial image doctoring technology.

This package includes English language audio track in the form of LPCM Mono. The overall quality is solid while not outstanding. Dialogue is always clear and the background effects and score are consistently clean without artifacts.

Trailer Commentary – Darren Bousman offers up his take on the movie.

Can’t Get Enough of the Stuff – Documentary with Larry Cohen (director), Paul Kurta (producer), Andrea Marrovicci (Nicole in the movie), and Steve Neill (makeup). In this documentary, they explore the creation and the ideas behind the movie. 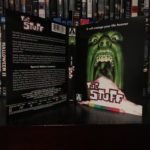 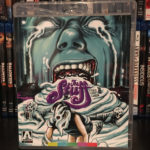 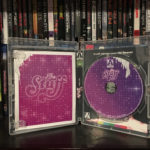 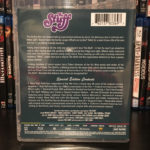 Booklet – Featuring an essay on the film as well as illustrations and stills from it.

Honestly, the documentary is the main feature that I dug. It’s a pretty good look at how Larry Cohen came up with the idea and the vision behind the film. Andrea Marrovicci had some interesting input on what it was like to act in this production. None of the other features on the disc were especially impressive, but the booklet was a nice piece. As always, the reversible cover art is a great feature and.  This and the booklet push the special features out of being middle of the road.

This is a gem of the 80s, but it is probably not for everyone. It is every bit as interesting as a satire as it is a horror comedy. The offbeat humor plays to the lead actor’s strengths well and the concept is just ridiculous enough. I think anyone who enjoys horror comedies should see this film and this is a good release to pickup. The special features are nice, but probably not good enough to warrant an upgrade alone. The audio and visuals are very good and this is likely the best it will look for a long time to come. So, if you like the movie and want improved technical qualities, it’s a must buy. If you have never seen it, you might want to see it first just to gauge whether or not it is your kind of thing.