The Shape of Water is a 2017 American fantasy drama film that was directed by Guillermo del Toro and written by del Toro and Vanessa Taylor. The film stars Sally Hawkins, Michael Shannon, Richard Jenkins, Doug Jones, Michael Stuhlbarg, and Octavia Spencer and is set in Baltimore in 1962. The story follows a mute custodian at a high-security government laboratory who falls in love with a captured humanoid amphibian creature.

The film was screened in the main competition section of the 74th Venice International Film Festival, where it premiered on August 31, 2017 and was awarded the Golden Lion for being the best film in the competition. It also screened at the 2017 Toronto International Film Festival, and began a limited release in two theaters in New York City on December 1, 2017, before expanding from December 8, 2017, and has grossed $148 million worldwide. A novelization by del Toro and Daniel Kraus was published on March 6, 2018.

The Shape of Water received critical acclaim for its performances, screenplay, direction, visuals, production design, and musical score, with many critics calling it del Toro’s best work since Pan’s Labyrinth; the American Film Institute selected it as one of the top ten films of the year. The film has also received a number of awards and nominations, including thirteen nominations at the 90th Academy Awards, where it won Best Picture, Best Director, Best Original Score, and Best Production Design. It was also nominated for seven awards at the 75th Golden Globe Awards, winning for Best Director, and Best Original Score. At the 71st British Academy Film Awards, it received twelve nominations and won three awards, including Best Director. The film also earned fourteen nominations at the 23rd Critics’ Choice Awards and won four awards, including Best Picture and Best Director. 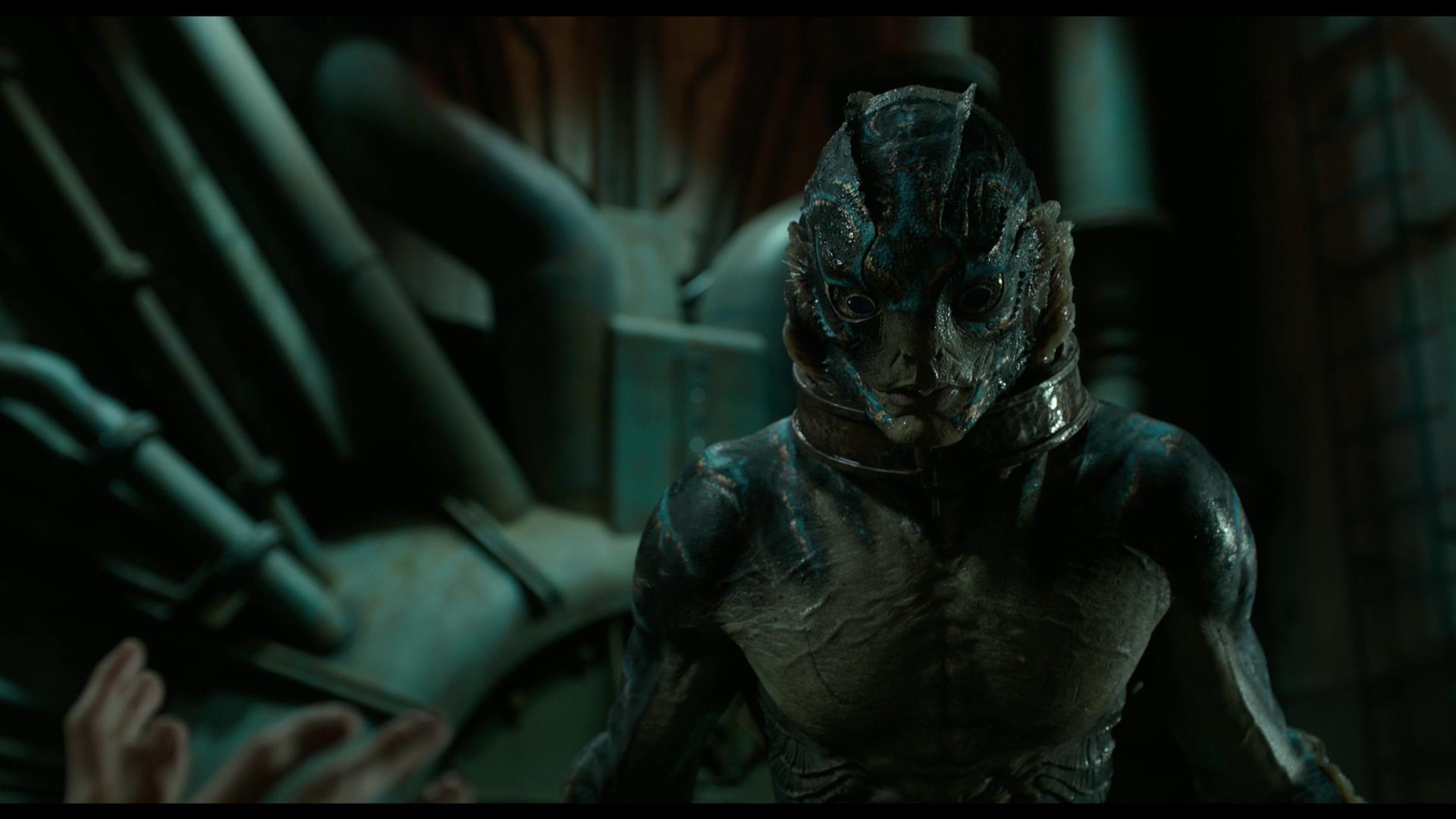 Immediately upon seeing some of the promotional material that had gotten released for The Shape of Water, I knew that I wanted to see it.  Hell, before even knowing that the creature was modeled from that of The Creature From The Black Lagoon, the film presented itself almost as if it were an origin story for Abe Sapien from Hellboy.  That said, with this movie, we’re immediately drawn into the life of Elisa Esposito and her routines.  As she eventually grows to know the creature more, we are pulled right into the overall romantic interest that she has with the creature.  The story of this film is presented very nicely and does a beautiful job at not only grabbing your attention, but keeping it throughout to the end of the film.  Do I think that The Shape of Water was Best Picture worthy?  Absolutely not, as I personally felt that Three Billboards Outside Ebbing, Missouri was a much, much better film; but, I’m not anyone that’s important when it comes to that decision and that’s just my personal opinion. 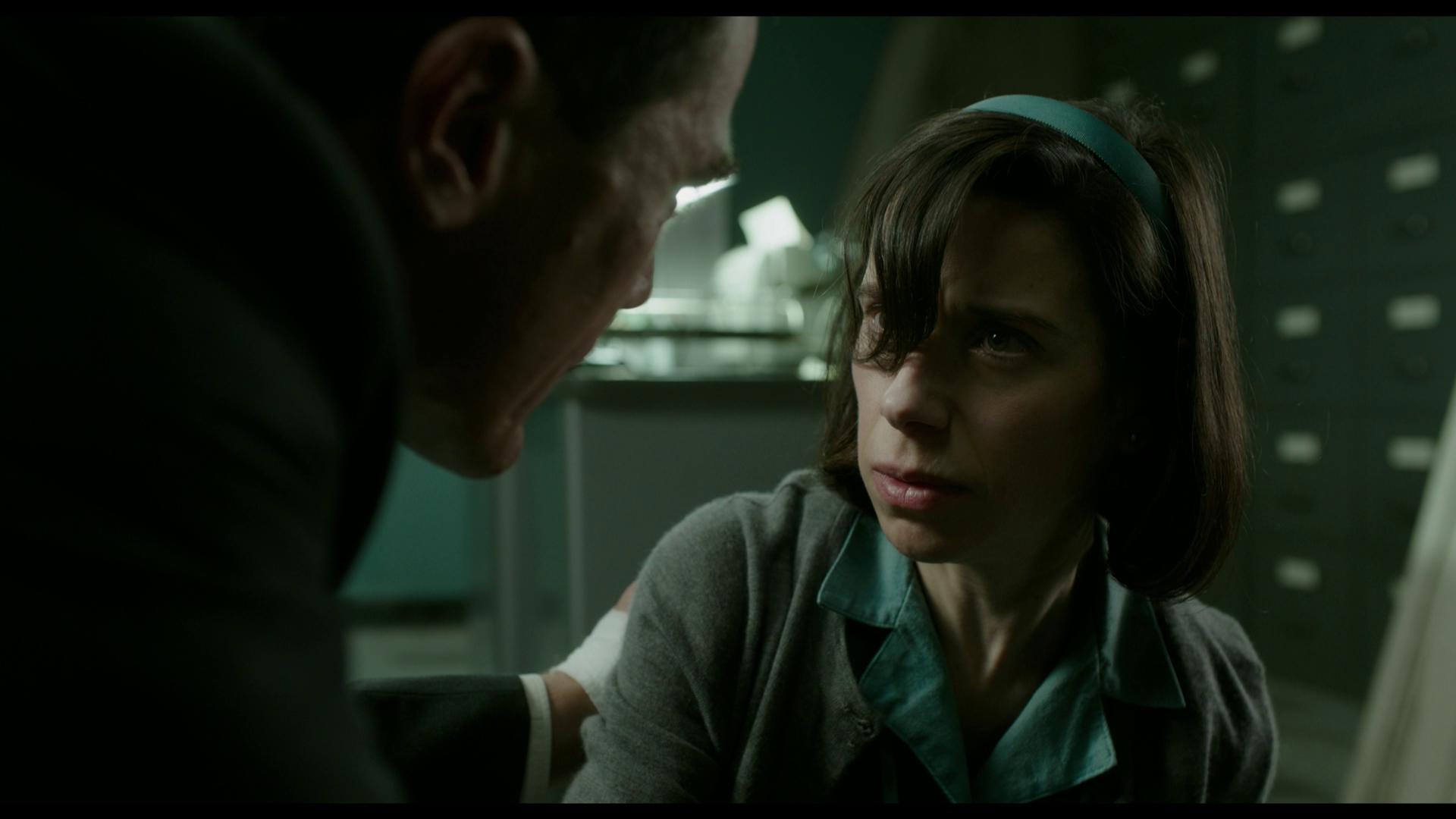 The standard Blu-ray release of The Shape of Water looked absolutely beautiful as it played out across my living room television.  The variety of colors that surrounded not only the main character, but those who surround her in life.  The various, more distinct features of the creature really looked great on my living room tv as my wife and I were able to see every nook and cranny.  During the sequences that featured lower than your standard levels of lighting, there was just enough ambient lighting to allow audiences to visually see and understand everything as it progressed. 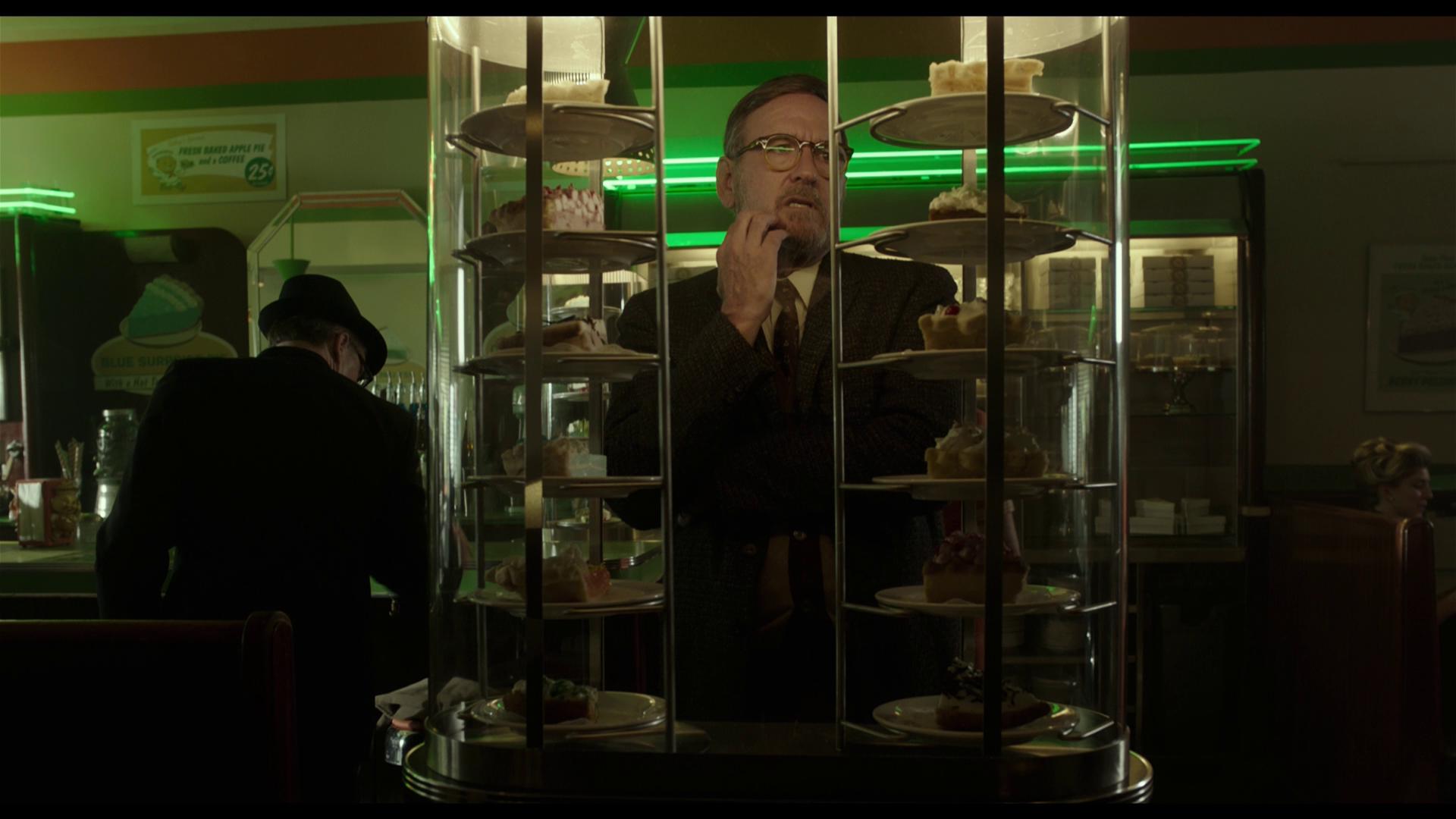 Packaged with a DTS-HD Master Audio 5.1 audio track, The Shape of Water does everything that it can within its power to offer an all out immersive experience for its viewers.  While the audio track was clean and clear and able to be understood without having to manually adjust the volume levels, I feel that this movie would have done better with a 7.1 track.  With the inclusion of the surround channels, it would have done a much better job at placing the audience in the middle of the story as Elisa got to know the creature.  The dialogue was clean, and everybody spoke clearly throughout the movie, making sure that nothing got missed throughout. 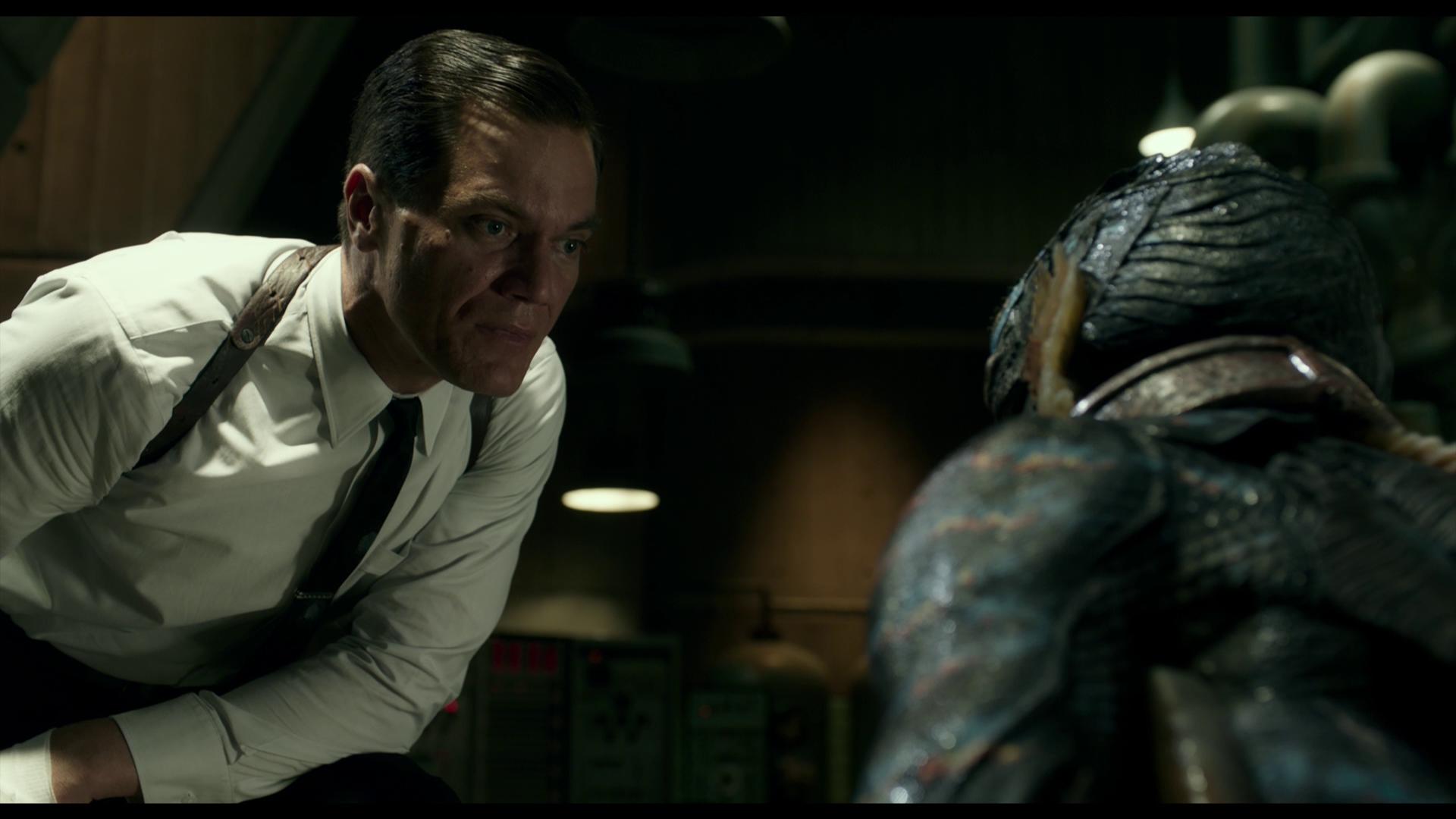 The Blu-ray release of The Shape of Water comes packaged in your standard two-disc Blu-ray amaray case.  Within that case is the standard Blu-ray copy of the film as well as the standard DVD copy of the film.  Neither of the discs feature any artwork whatsoever outside of the standard release text and the blue or white background respectively.  A digital copy redemption pamphlet has been included for streaming options, as well as a slipcover that’s been made available during the initial print run that features the same piece of artwork that’s featured on the case art. 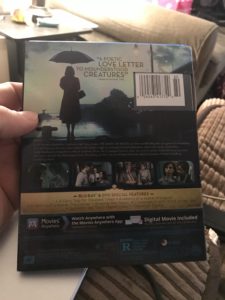 I was pleasantly surprised to see the content that was included on this release of The Shape of Water.  The content that’s been provided offers a nice expanded view into the story as well as a look into the work that went into making this film.  Included with this release is: 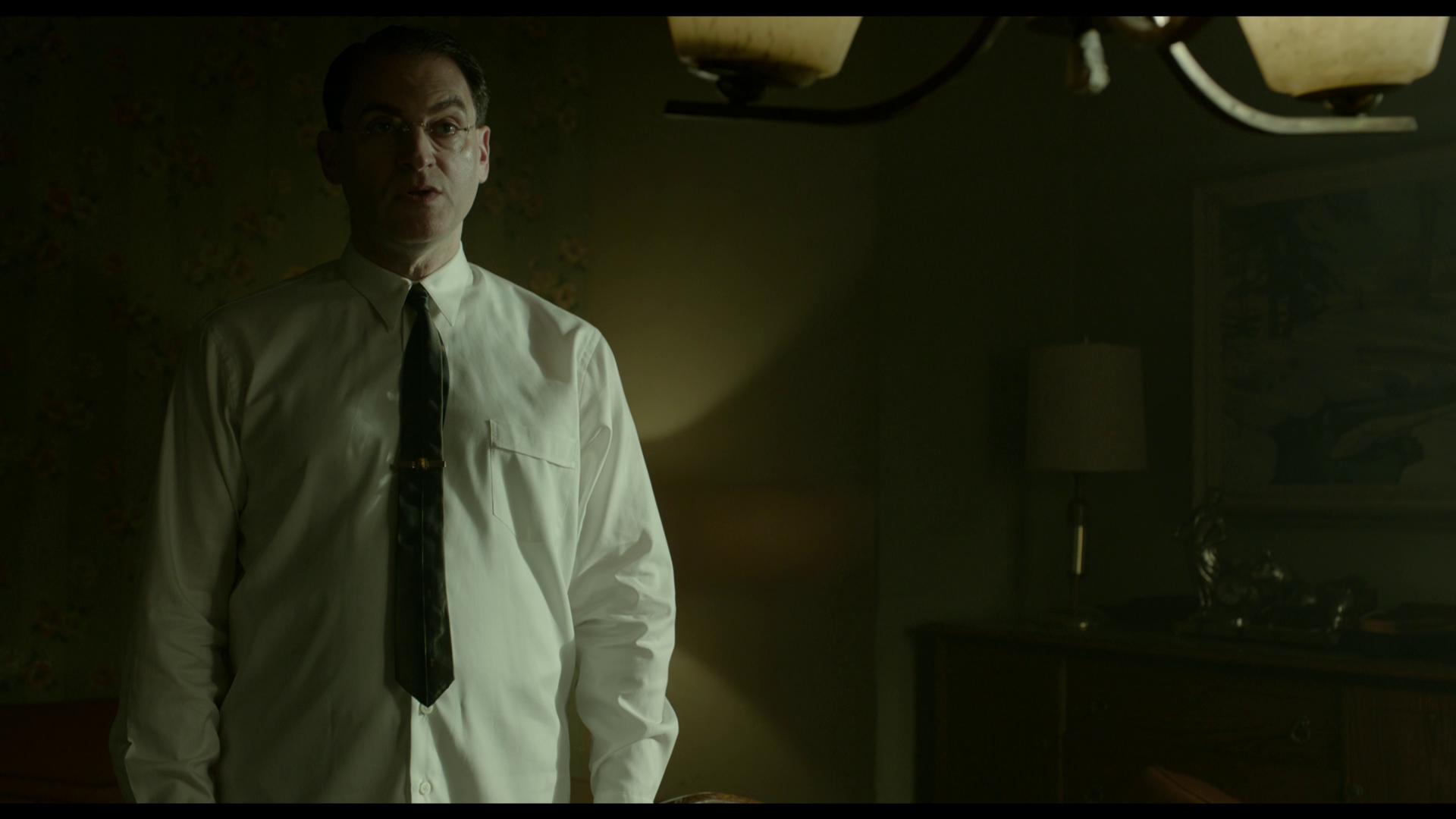 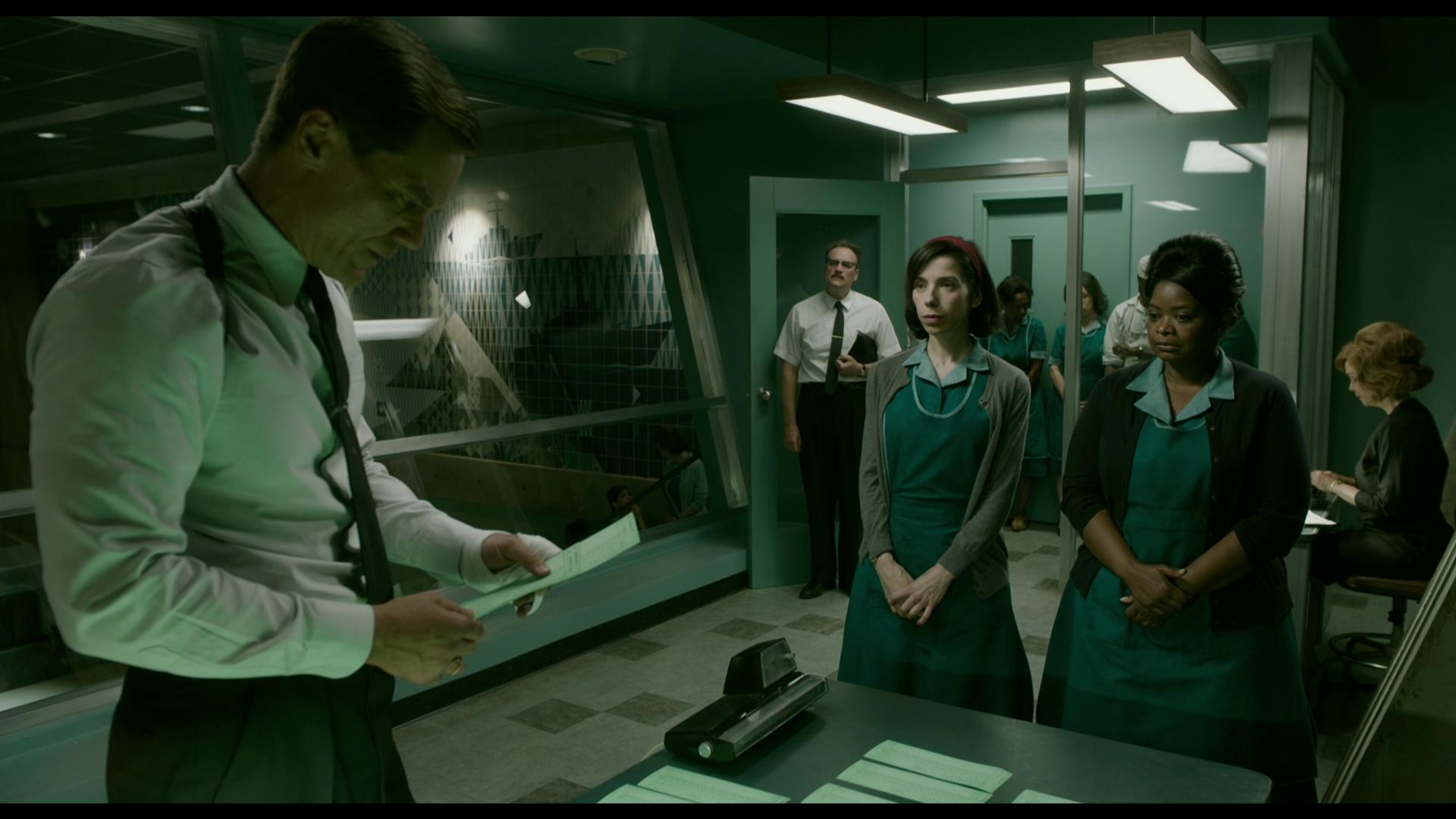 Overall, I found The Shape of Water to be an enjoyable film.  Taking a similar story to Beauty & The Beast and completely changing the elements around, we are given a romantic film that is beautifully presented and does a phenomenal job at capturing the audience from the start.  The visual and audible presentation of the Blu-ray were really nicely done, and beautifully captured the artistic elements from beginning to end.  Although, I do feel that this movie would have been significantly better with at least a 7.1 audio track.  The special features are really nice, and offer a much deeper view into the film at hand.  If you’re on the fence about grabbing this release for your collection, I’d highly recommend checking it out.  The Shape of Water is available on 4K UHD, Blu-ray and DVD. 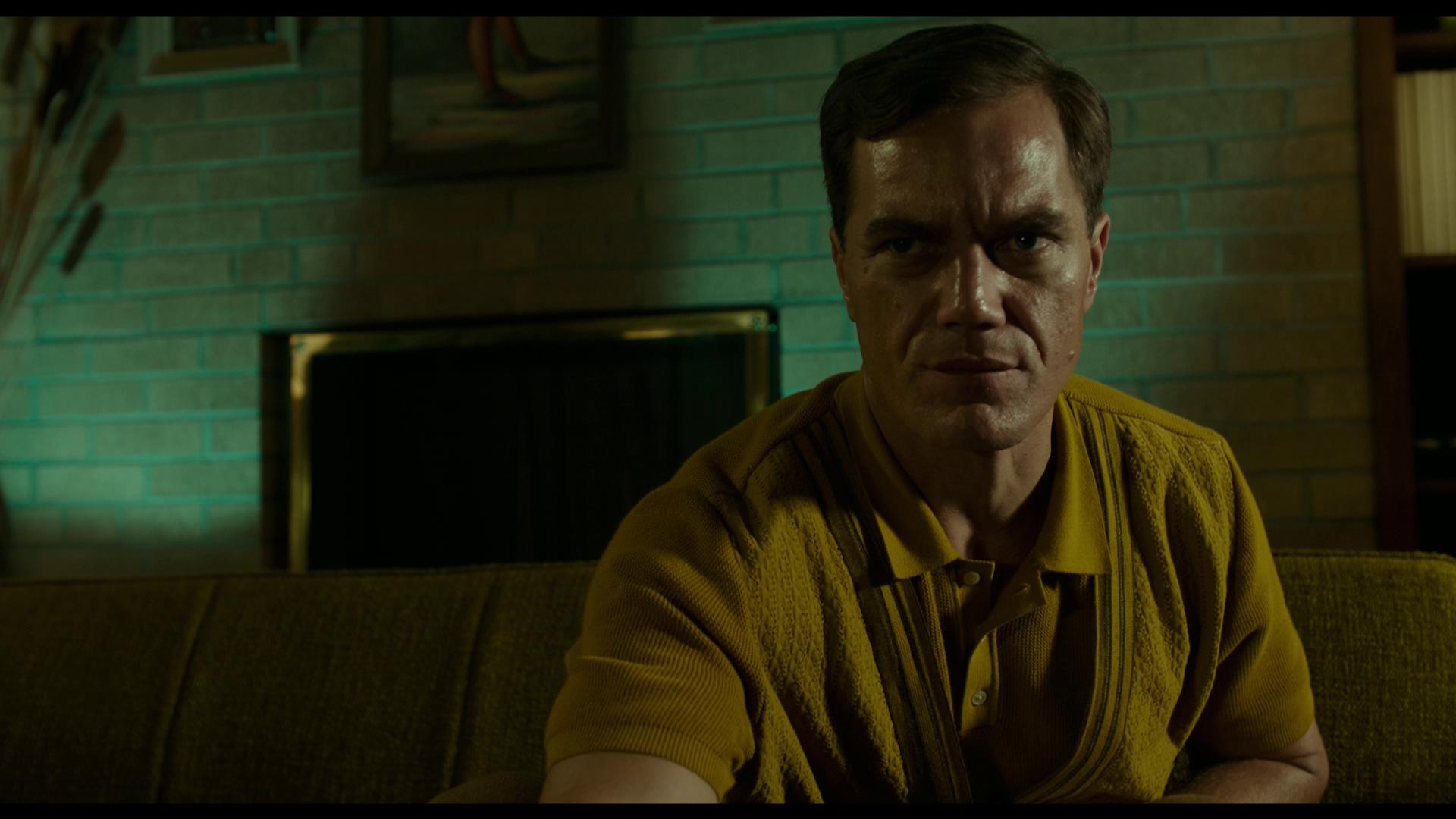