Ethan Hawke and Paul Giamatti are both very well-known and respected actors in Hollywood, with hundreds of credits between them. Unfortunately, they are not very choosy actors, and as good as some of their roles may be (Hawke in Training Day and Predestination and Giamatti in Cinderella Man and  Straight Outta Compton) they have plenty of stinkers as well. The Phenom falls into the latter; it is just not very good. 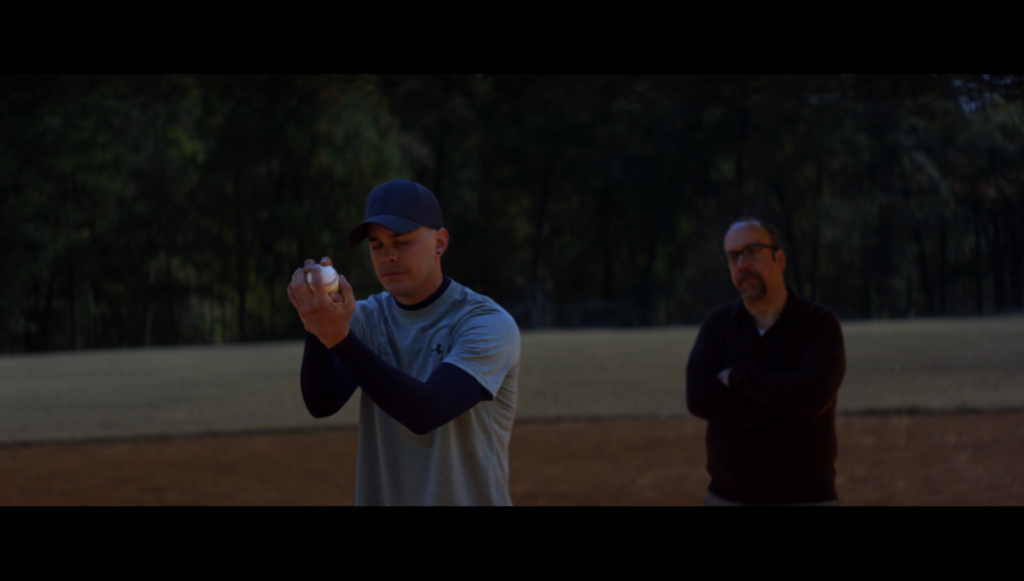 The Phenom follows Hopper Gibson (Johnny Simmons), an extremely talented young baseball pitcher who had a brief stint in the Major Leagues before a mental breakdown knocked him back to the minors, and the relationship between Hopper and his abusive father, Hopper Sr. (Hawke). As Hopper struggles to reach his full potential and his talent crumbles under the constant abuse from his father, he enlists the help of a well-known sports therapist, Dr. Mobley (Giamatti), to help him get back to the Major League level and put his father behind him. If you are looking for a sports movie, look elsewhere; baseball plays second fiddle to the psychological drama and too many long, drawn-out conversations. 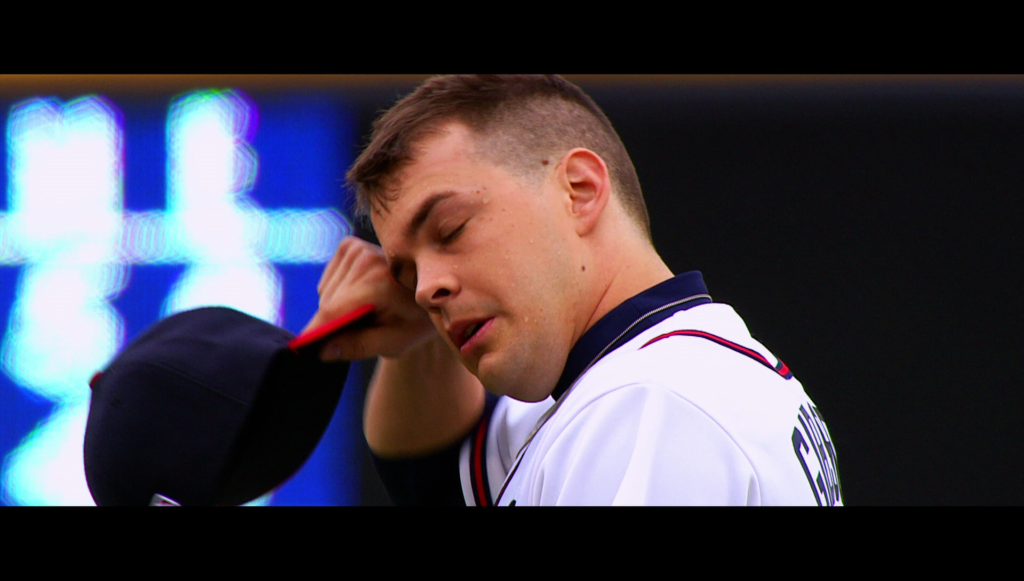 I was excited headed into The Phenom for its subject matter, as I coach baseball, play baseball, and have watched 90% of the Boston Red Sox games this season so far (Mookie Betts for MVP!), but The Phenom really just uses baseball as the backdrop for a drama about a toxic father/son relationship. Baseball could have been substituted for work, school, math league, robotics club; really anything that a father and son would be involved in. Having seen my fair share of toxic relationships between father and son in baseball over the years, it surely can have a serious effect on a young player’s mentality, but a lot of the struggle happens on the mound, when you are all alone with just your thoughts.Sadly, The Phenom opted to skip any scenes like that, and rather than focusing on the game of baseball and how your mentality is half the battle, we were treated to 90 minutes of conversations on the therapist’s couch. This is not what I was expecting, and it does not make for an effective film, as you can see below. 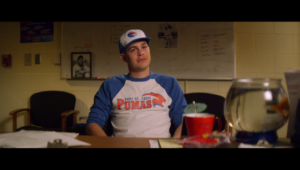 Half The Film Is Spent… 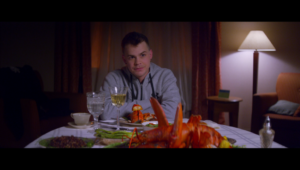 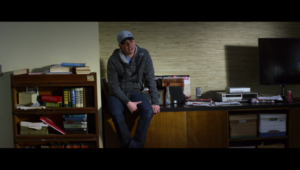 I will give props to Johnny Simmons, who plays the main character Hopper, as he does a good job playing the role of a young pitcher struggling with mental blocks. As someone who has dealt with this in various players I have coached, he portrayed the issue accurately while in game, but like I said, this was not explored nearly enough, as baseball stadiums were replaced by therapist offices for most of the film.

For a film shot digitally in the last year or two, The Phenom struggles mightily with digital noise during the entirety of the film. There are quite a few darker moments, in dimly lit rooms or outside at night, and the amount of noise in some of these shots is distracting. I cannot find much information on how The Phenom was shot, but it was either a product of poor camera work or a poor Blu-ray transfer, and either way, it simply looks bad whenever the lights go down.

For the rest of the film, the picture is decent enough, but it really does not do the format justice. Colors are just okay, and brightness and contrast are an obvious issue, which contributes to the noise. While The Phenom will still look about the same as many Blu-ray transfers out there, it is more on par with some of the first Blu-ray releases, where compression and smaller 25 GB discs made for lesser transfers than we can achieve today. This is certainly not a great disc to showcase your new TV.

The audio in The Phenom is average, and does it’s job. Nearly the entire film is driven by dialogue, and long one-on-one conversations. It will be important to have a solid center speaker to get the most of the DTS-HD Master Audio 5.1 mix included with this release, but other than that, a full surround sound system would not get much work. Like much else about this release, the audio quality is unremarkable, and probably below average. To be fair, there is not much to judge on with the way the film was constructed, but this is probably a Blu-ray release that would be fine on a simple stereo system or soundbar setup. 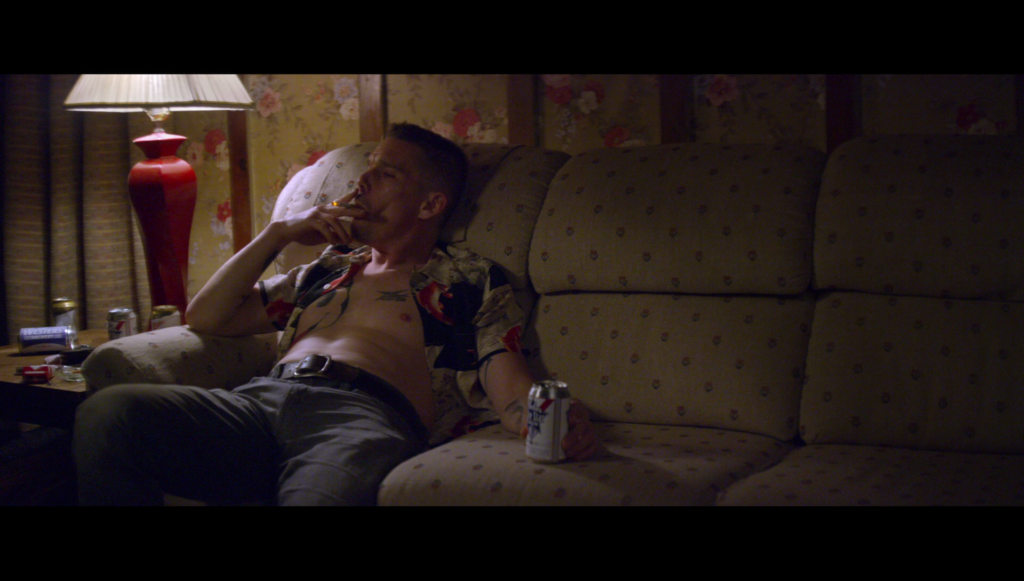 The Phenom comes packaged with a nicely embossed slipcover, with a solid Blu-ray case with a clasp underneath. This is not an eco-case, so it is nice and sturdy, but there is just a single Blu-ray disc included with this purchase. There is no DVD or digital copy of this film in the Blu-ray packaging. 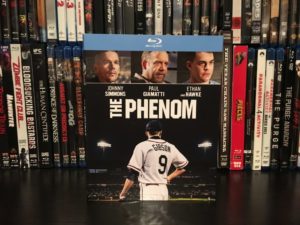 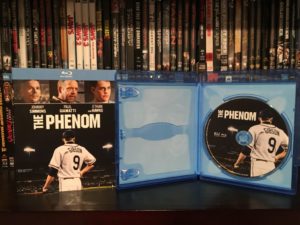 Special features are extremely weak, with the only video feature being a 10 minute spot on the cast. There are some digital stills included, and trailers for other Image Entertainment releases, but there are simply not enough features to warrant a physical purchase of the film. If that is a deciding factor in your purchases, you will want to skip The Phenom on Blu-ray. 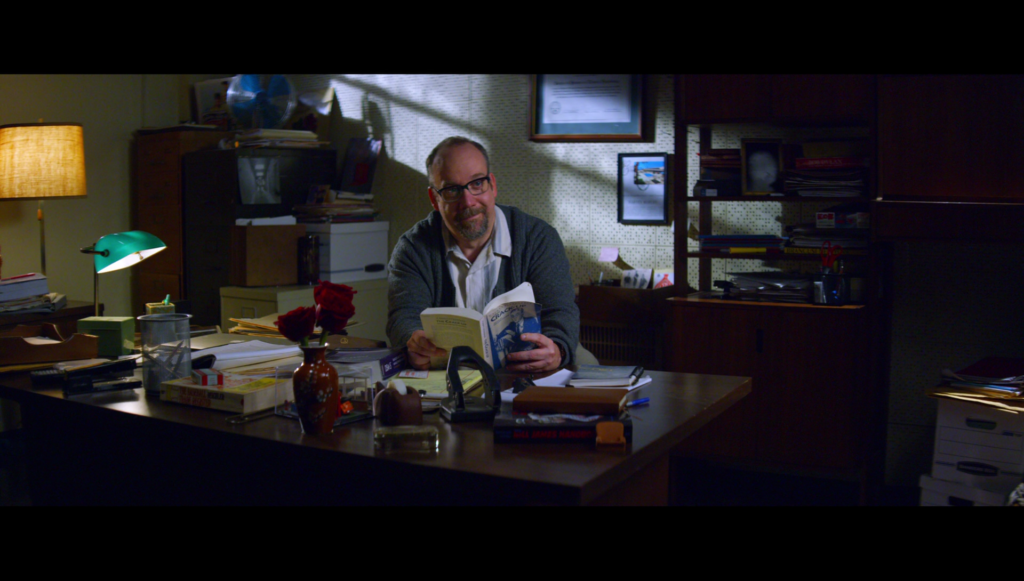 I cannot recommend a purchase of this Blu-ray release, for a few reasons. First, the visual quality is fairly poor for a newer movie, and it does not do the Blu-ray format justice. Secondly, the packaging is decent enough, but with just a single Blu-ray disc, no digital copy, and basically no special features, it is destined for the bargain bin, Finally, the film is just not that good. If you really enjoy psychological dramas or therapist/patient relationships, The Phenom could be worth a rental, but I have a feeling this will be a $5 title and a Netflix addition in no time at all. You can find The Phenom on Blu-ray at Amazon but at a ridiculous $30 at release, please do not spend that much. If you absolutely need to own this film, find it in the $5.99 bins or wait for the inevitable Amazon price drop.