The Nun is a 2018 American Gothic supernatural horror film that was directed by Corin Hardy and written by Gary Dauberman, adapted from a story by Dauberman and James Wan. A spin-off of 2016’s The Conjuring 2, and the fifth installment in The Conjuring Universe, the film stars Demian Bichir, Taissa Farmiga, Jonas Bloquet, Bonnie Aarons, and Charlotte Hope. The plot follows a Roman Catholic priest and a nun in her novitiate as they uncover an unholy secret in 1952 Romania.

Principal photography for the film began in May 2017 in Bucharest, Romania, and during filming, the set was blessed by a Roman Catholic clergyman. The Nun was released in the United States on September 7, 2018, by Warner Bros. Pictures. It received generally mixed reviews, with praise for its performances and atmosphere, but criticism for its weak narrative and over-reliance on jump-scares. Despite this, the film was a major box office success, grossing approximately $365 million worldwide, thus becoming the highest-grossing film of the series. 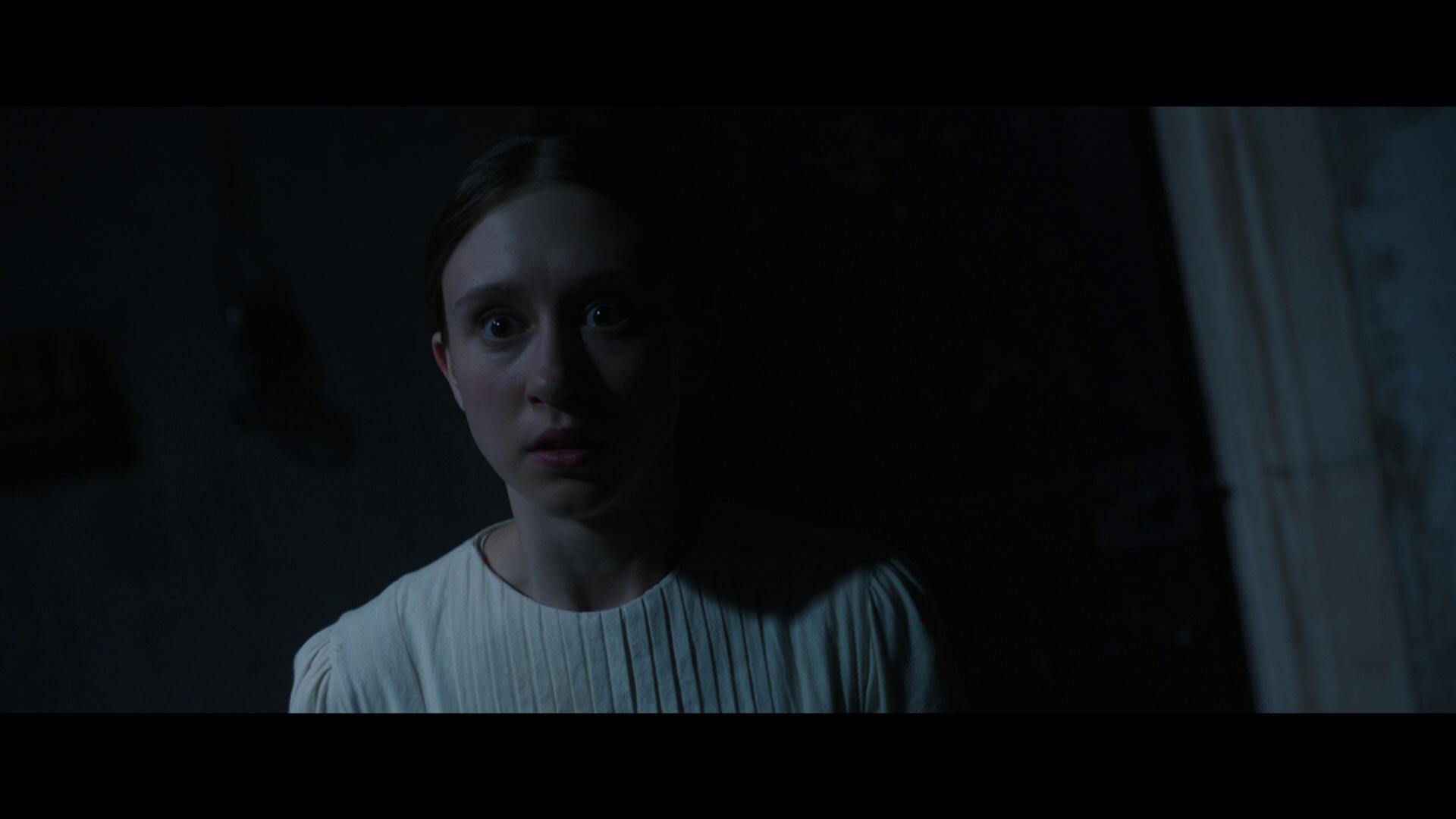 The Nun that had a considerable amount of potential from the various promotional material that was shared out prior to and during its theatrical run; however, it ultimately failed to deliver in its overall sense of logic and narrative.  It does come out of the gate pretty strong with an interesting enough backstory that ultimately falls apart after the first third of the film has progressed, simply relying on jump scares and and a really messy plot line.  The performances were absolutely fantastic, and the various set pieces really looked great as it played out on my living room television; but, in all reality, they really should stop it with this universe and bring some more creative ideas to the table. 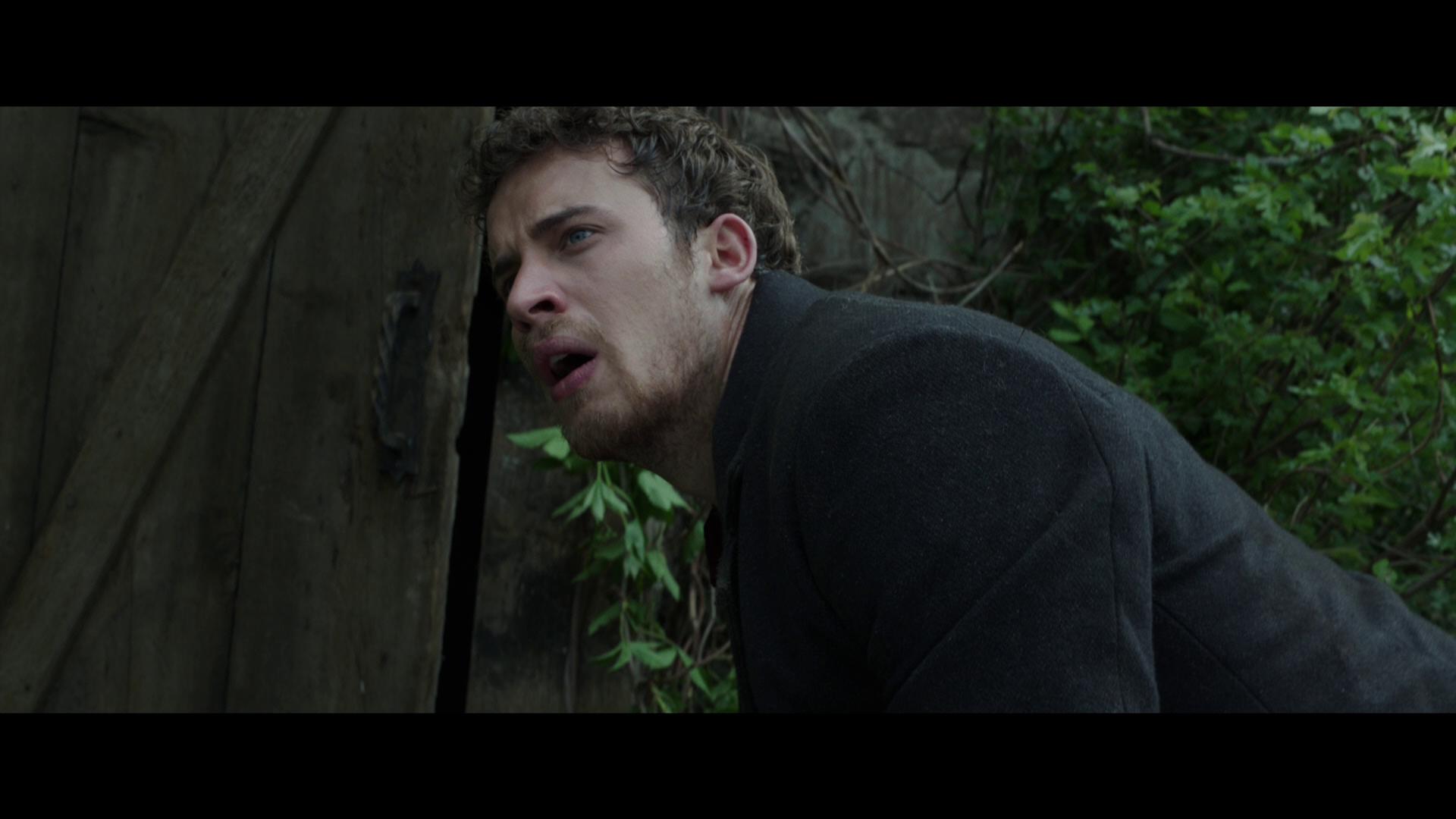 Overall, the visual presentation that’s provided with the Blu-ray release of The Nun was pretty impressive considering the predominantly dark sequences that take place as the main characters venture into their quest.  With just enough ambient lighting, my wife and I were able to see and understand everything as it progressed.  The CGI effects, particularly those of the supernatural elements blended into the more realistic parts of the scenes really well, allowing for them to feel as real as you could imagine.  Colors aren’t considerably robust with the release; however that helps with the overall scenic tone of the period in which the film takes place.  The darker elements aren’t too terribly impressive; however, that is one of the benefits of the 4K release that will help that release stand out in comparison to this release. 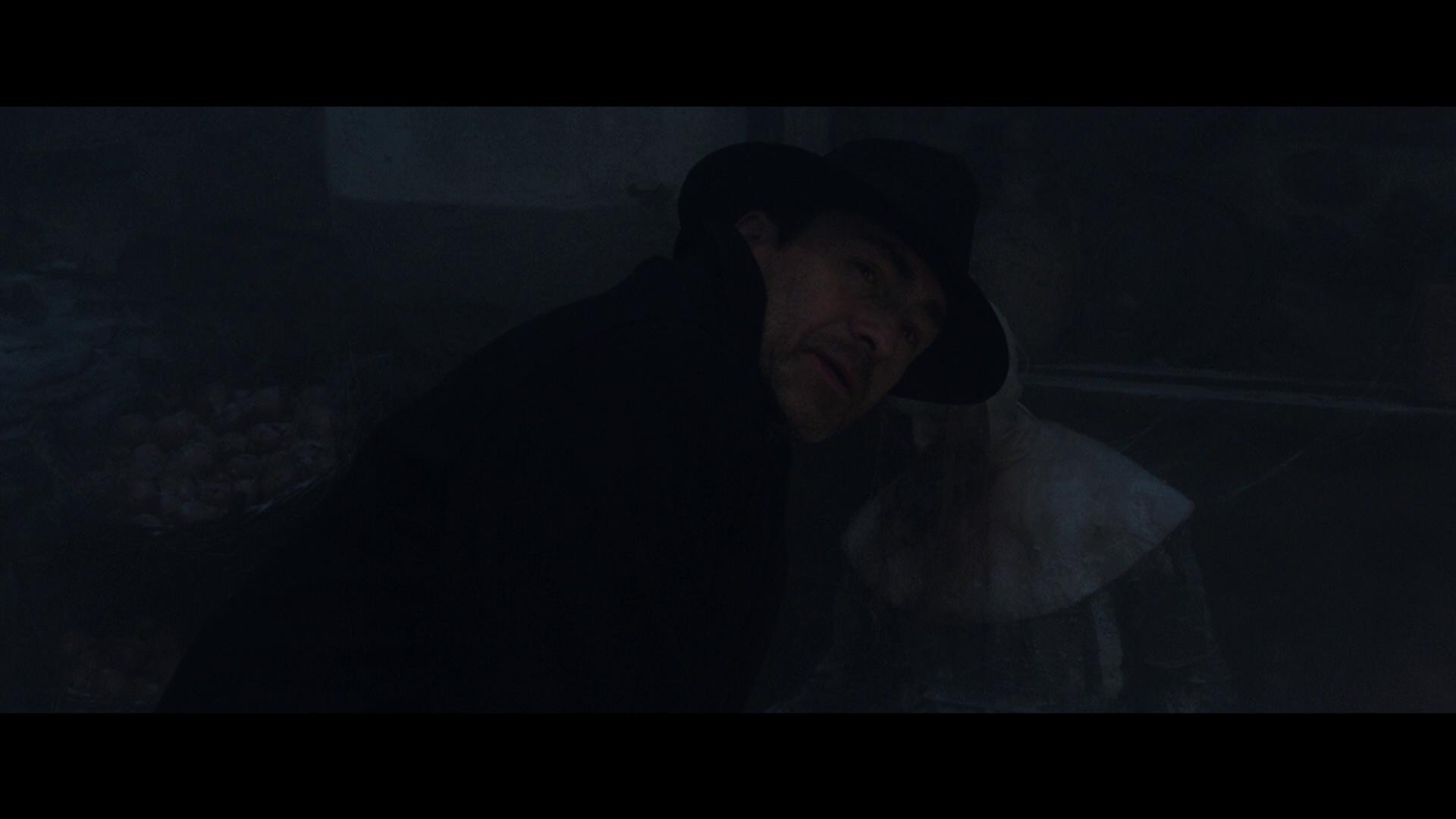 Packaged with an English Dolby Atmos audio track, the Blu-ray release of The Nun certainly gives its viewers an all out immersive experience.  With its use of the rear channels and the elevation aspect, it really does a great job at placing you right into the middle of everything and in relaying the overall “creepy” feeling that accompanies the underlying storyline.  The quick surprises from the jump scares were very powerful and did a great job at catching my wife and I off guard.  Lastly, the dialogue is spoken cleanly, and my wife and I were able to hear and understand everything without any need to increase the volume levels at all. 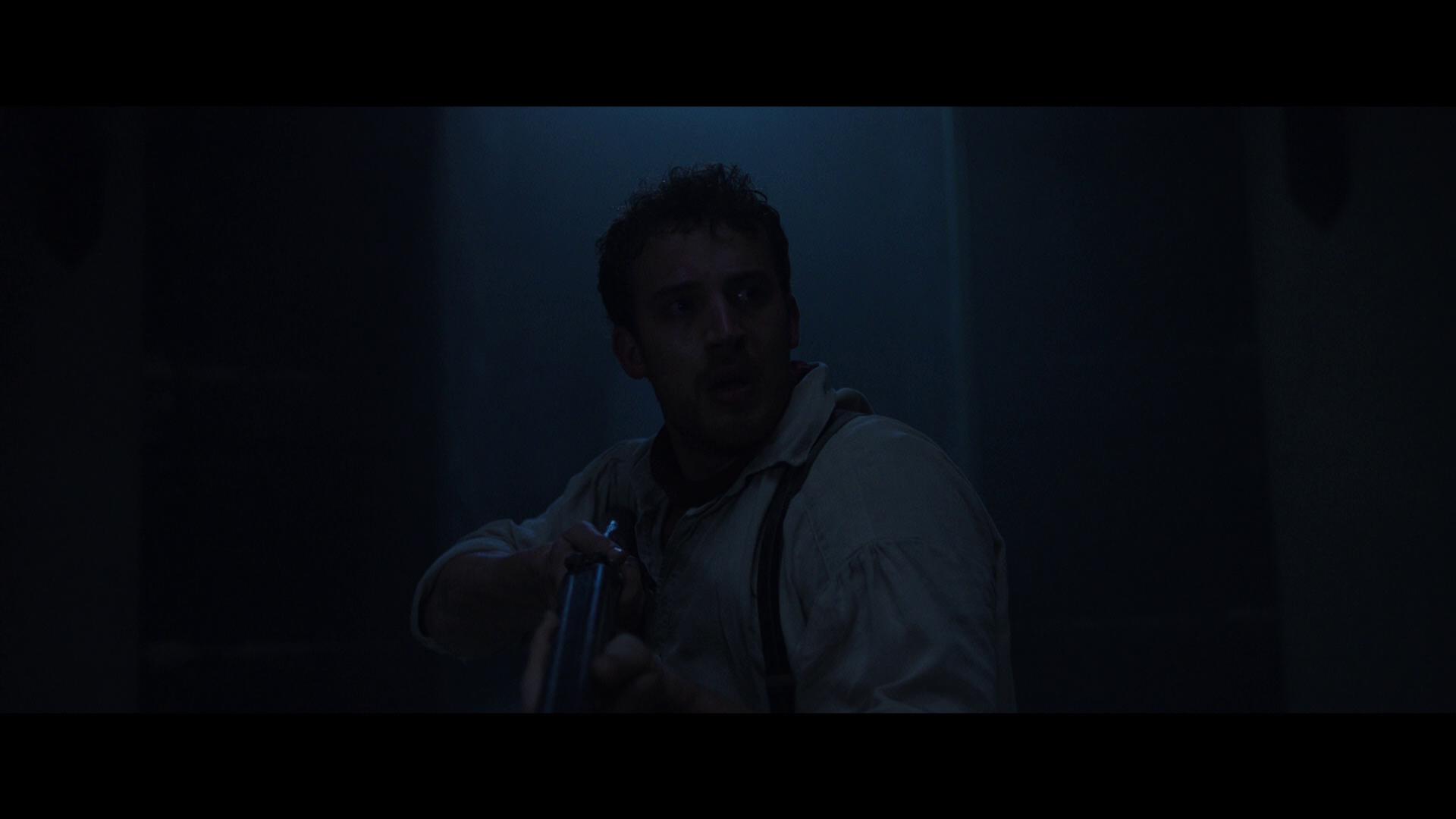 The Blu-ray release of The Nun comes packaged in your standard two-disc Blu-ray amaray case.  Within that case is the Blu-ray copy of the movie as well as the expected DVD copy of the movie.  Neither of the discs really feature any artwork for the film as they only bear the standard release text and generically solid colored background.  There is a digital copy redemption pamphlet that’s been included for the various streaming platforms as well as a slipcover that’s been made available during the original pressing of the release that features the same artwork that’s been included on the case. 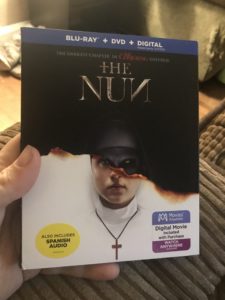 There are a handful of special features that were included with this release of The Nun.  While they do offer an interesting look into the main “spook” of the movie, they really do not offer much substance for further exploration of the film; nor do they really offer any kind of shared experiences that the cast and crew had during the production phases of the movie.  Included with this release is: 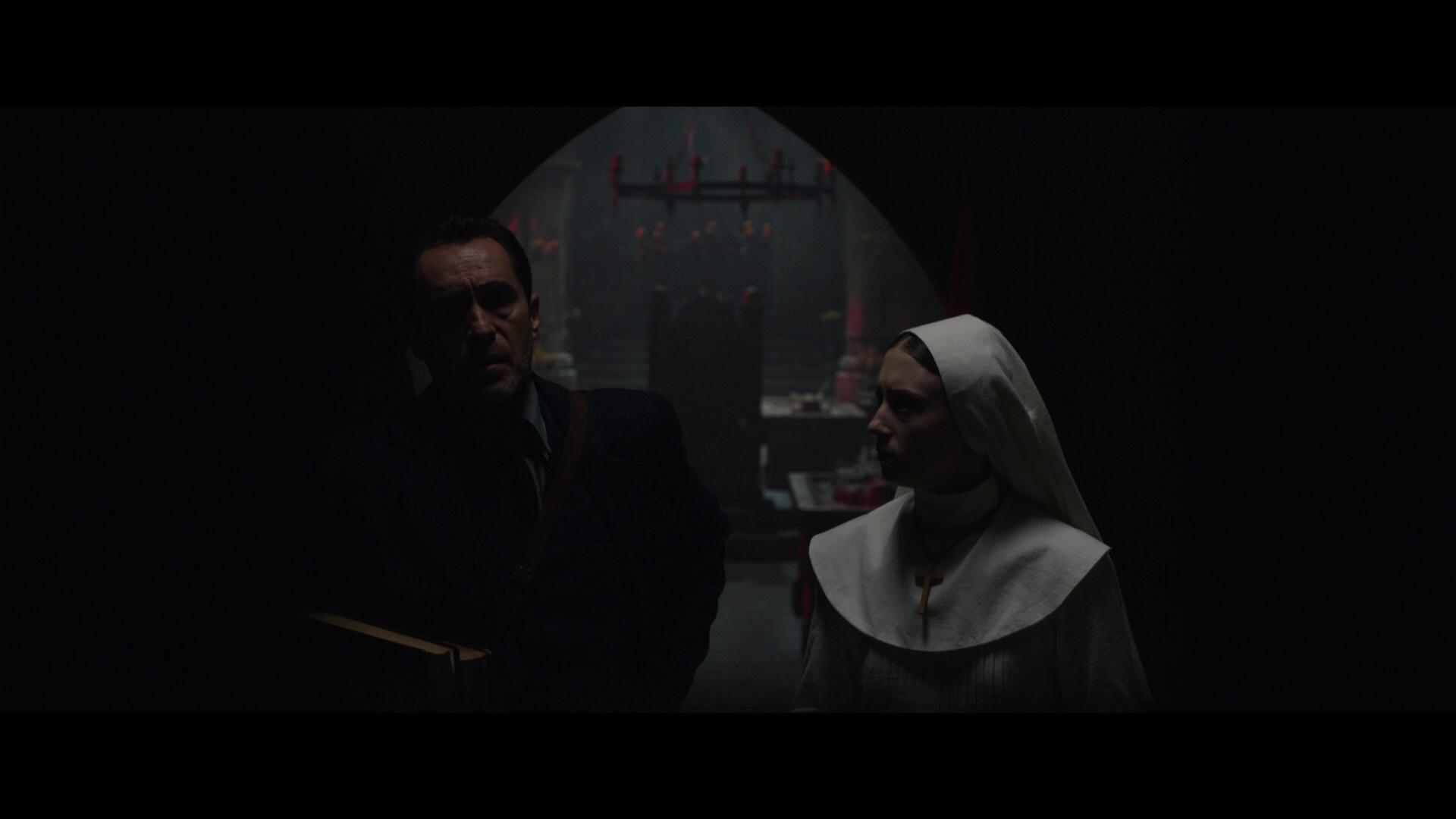 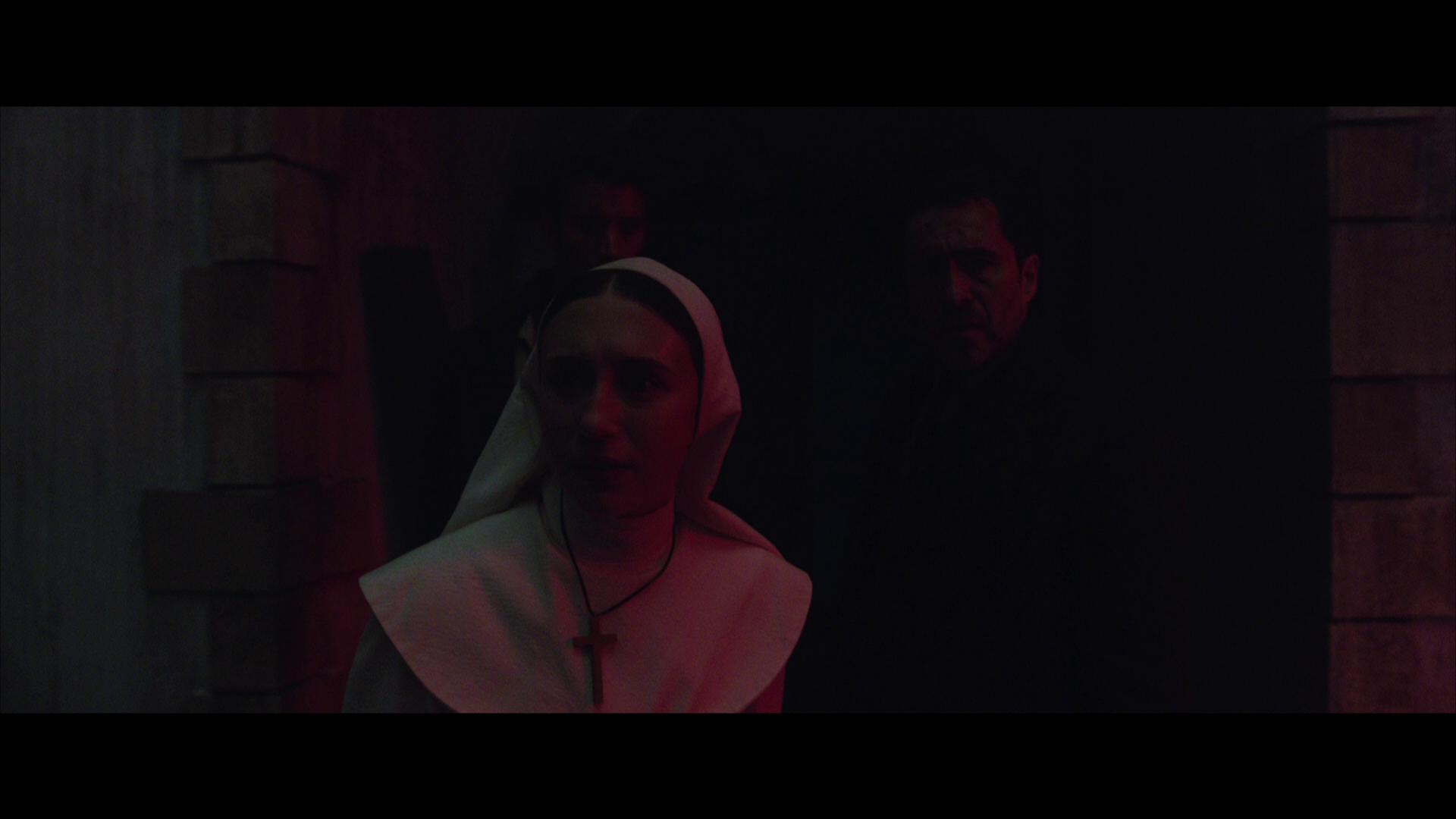 Overall, I was pretty underwhelmed with The Nun.  With its solid start as it looked into the origination of the main scare of the movie, after that the storyline really lacked a lot of substance or composure and ultimately fell apart.  Its reliance upon those jump scares really distracted from the potential experience that could have been had, and honestly speaking, I would have liked to have seen more of a deeper dive into the origin story while the supernatural elements were occurring.  The visual and audio presentation of the Blu-ray release was really well done, especially with that Dolby Atmos track.  There really could have been more in terms of additional content as I would have loved to have seen more of a look into the storyline as well as the experiences shared with the cast and crew.  If you’re considering this release for your collection, I’d recommend waiting for it to go on sale.  The Nun is available on 4K UHD and Blu-ray. 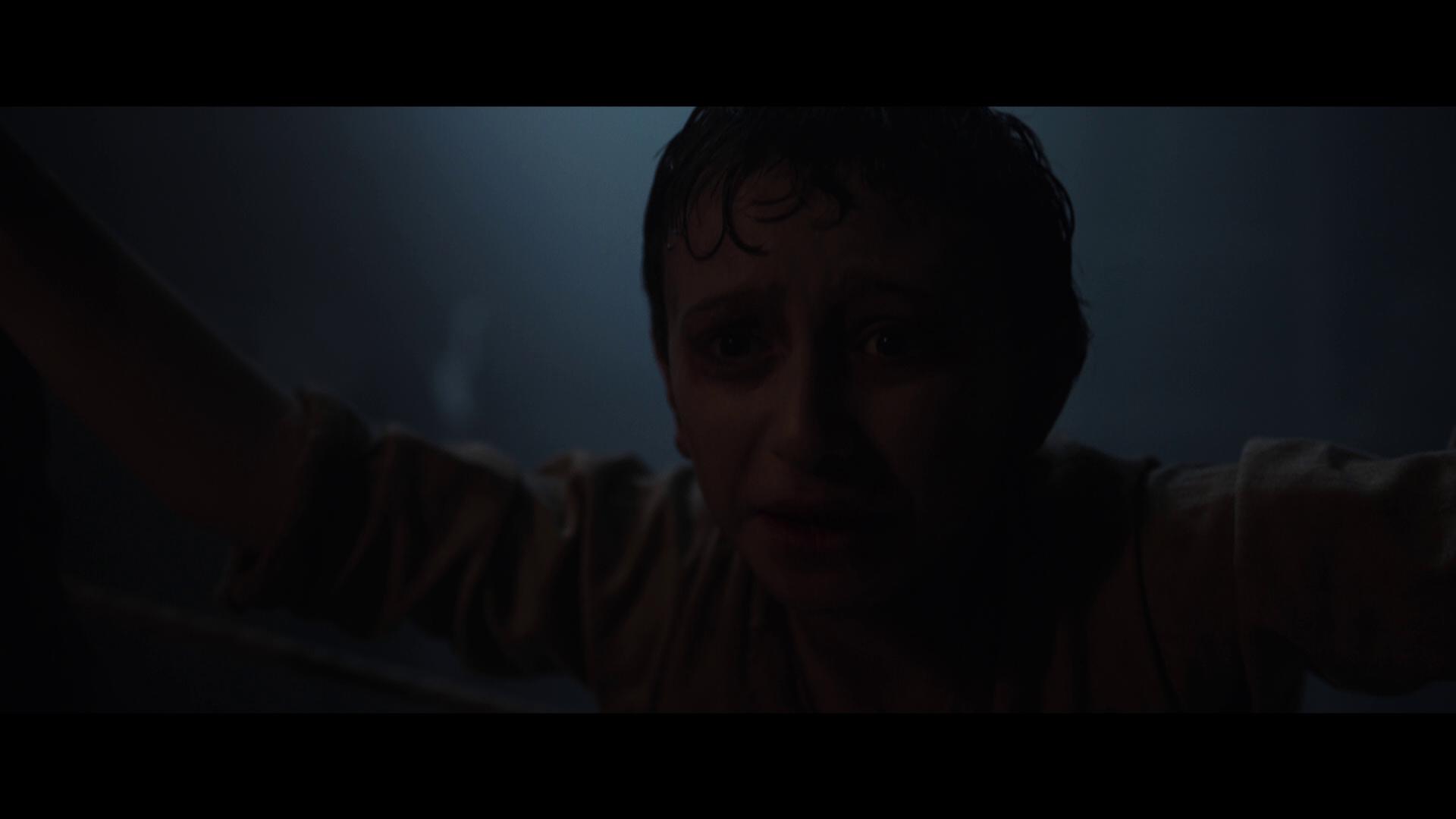