When I think of objectively competent actors, Russell Crowe and Ryan Gosling are two names that quickly spring to mind. With films such as A Beautiful Mind, LA Confidential, Drive, and Blue Valentine under their belts, these two men have proven themselves as extremely capable actors in their own right. When I first heard of The Nice Guys, featuring Crowe and Gosling in starring roles, I was more than eager to see the result. Luckily, what we have here is more than simply good acting chemistry; The Nice Guys presents a perfect blend of style, charm, and an overall hilarious tone to make it one of the more memorable pictures to be released this year.

The Nice Guys follows the classic “buddy-cop film” template in that the plot focuses on two individuals, Jackson Healy (Crowe) and Holland March (Gosling), who initially do not get along, but must work together to solve an increasingly complex mystery. Healy works as a sort of private mercenary, “taking care” of people in exchange for payment, and March works as a shoddy private investigator. While investigating a missing girl named Amelia, March is approached by Healy, beaten, and told to stop searching for her, as he was hired to prevent any investigation regarding her. However, after later being attacked by two thugs in his home, and questioned about the whereabouts of Amelia, Healy finds March again and asks him to resume his search for her. As they investigate together, they begin to uncover a conspiracy involving a political pornographic film that Amelia participated in, the increasing automobile air pollution in the area, and deaths of anyone involved in the making of the film.

One of the aspects of The Nice Guys that I found particularly attractive was the late 70s setting. Set in 1977 Los Angeles, the film features accurately decorated sets, cars of the era, and a slightly washed-out color palette to create a lovely atmosphere that does an excellent job of taking you back. The wardrobe and hairstyles choices also complement the time period. 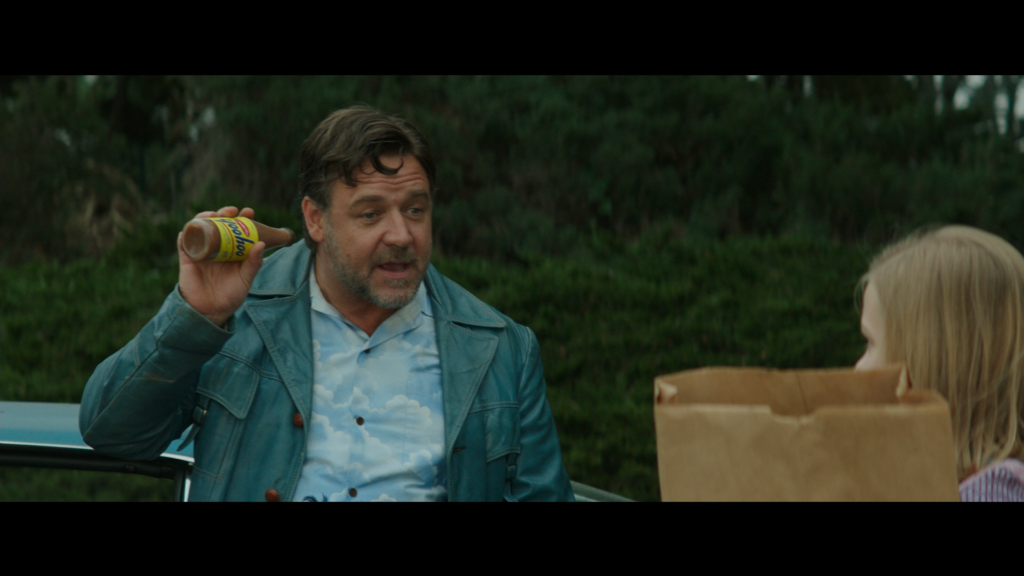 This film is honestly the funniest I’ve seen this year (granted, I don’t get out to the theaters very often these days), with plenty of clever banter between the film’s leads, as well as multiple inclusions of black comedy that, though some could find a bit offensive, I found to be roaringly funny. The chemistry between Crowe and Gosling is simply beautiful, and aside from the already interesting setting and engaging story, it’s amusing enough just seeing these two interact. The lighter tone of the film in spite of darker subject matter alludes slightly to another Shane Black film, Iron Man 3, and in my opinion it’s always nice to see stylistic elements consistent among a filmmakers repertoire. Also welcome to my viewing experience was the incorporation of deeper meanings and messages in the form of examples set by children in the film. Seeing hardened, grown men taking second thoughts for the sake of the innocent always manages to tug a bit on the heartstrings, and differentiates the film from purely being coarse entertainment. Smart, funny, and terrifically acted, The Nice Guys excels on almost every aspect of a quality comedy film.

It’s almost as if The Nice Guys took all the good qualities of a film created in the 1970s, and combined it with modern cinematography techniques to create a sort of “neo-antique” quality in terms of video presentation. There is a subtle glow about the picture the hearkens back to films of an earlier time, emphasizing the brighter color palette without sacrificing any detail or clarity. The film really does look excellent; as is more and more typical with newer releases, video quality is cloudless, vibrant, and overall quite sharp. I wouldn’t say there is a perfect amount of contrast in terms of color dynamics; some of the darker scenes are a tad lacking in vibrancy, but as a whole there is little to complain about in this transfer. 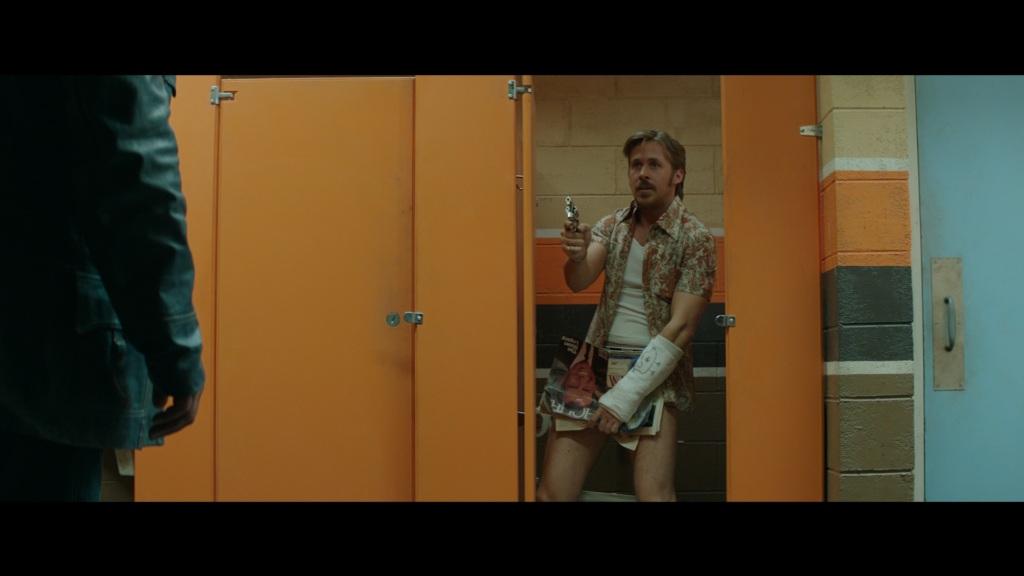 I didn’t quite expect the amount of action and chaos present in the film (I consider it a pleasant surprise), but the quality of the audio does a superb courtesy to the happenings of the movie. Tire squeals, shotgun blasts, and tables breaking under the weight of dropped corpses all sound appropriately clear with just the right amount of punch. Dialogue sounds well-recorded, and any environmental ambience feels justly mixed. I wouldn’t necessarily say the audio is exemplary reference-quality, but will certainly provide a more-than-adequate listening experience. 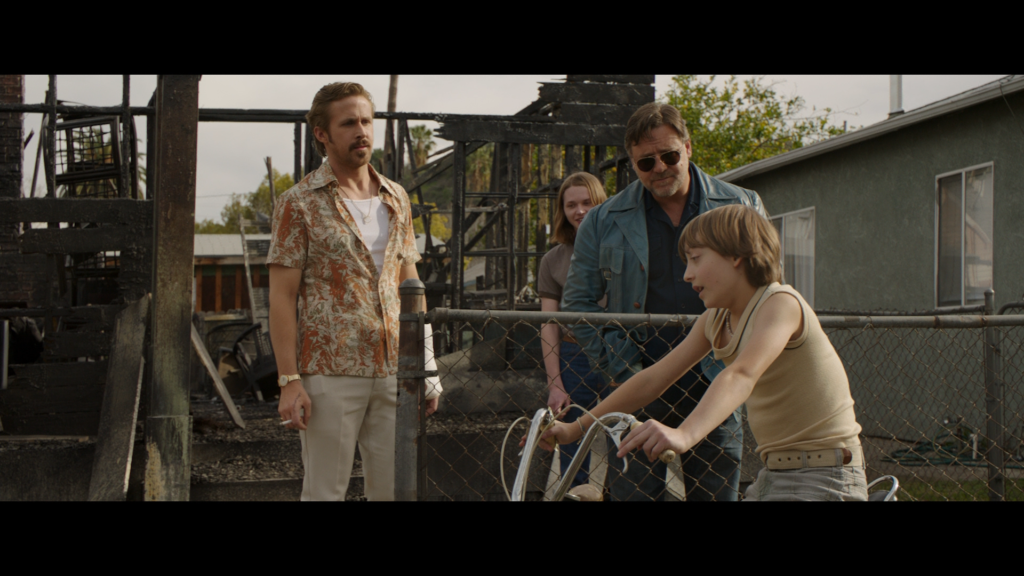 This release features pretty standard and basic packaging with an eco-case, a Blu-Ray copy of the film, and a DVD copy of the film. An Ultraviolet digital copy code is also included. 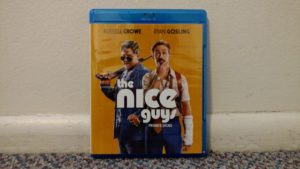 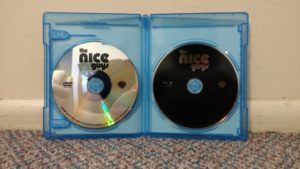 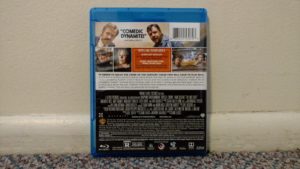 As far as special features go, this release is extremely lacking with only two short featurettes included. There’s Always Bet on Black, focusing on director Shane Black with extra bits from the cast and other associated crew, and then there’s Worst. Detectives. Ever. Making The Nice Guys, giving a brief documentation of the making of the film. I guess it’s understandable, seeing as the film performed rather poorly at the box office (earning $57 million from a $50 million budget). I imagine Warner felt there wasn’t much of demand for additional behind-the-scenes features. 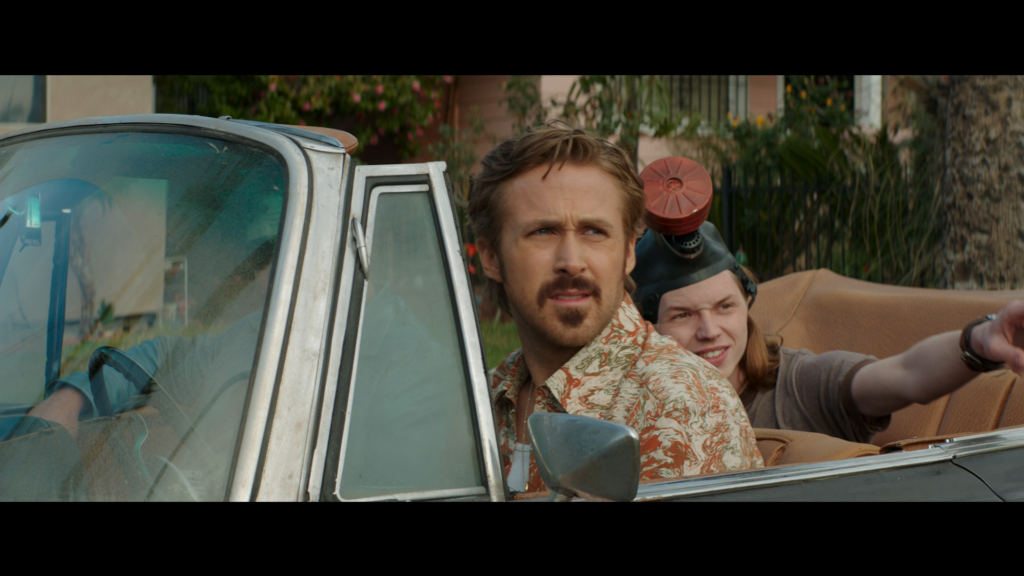 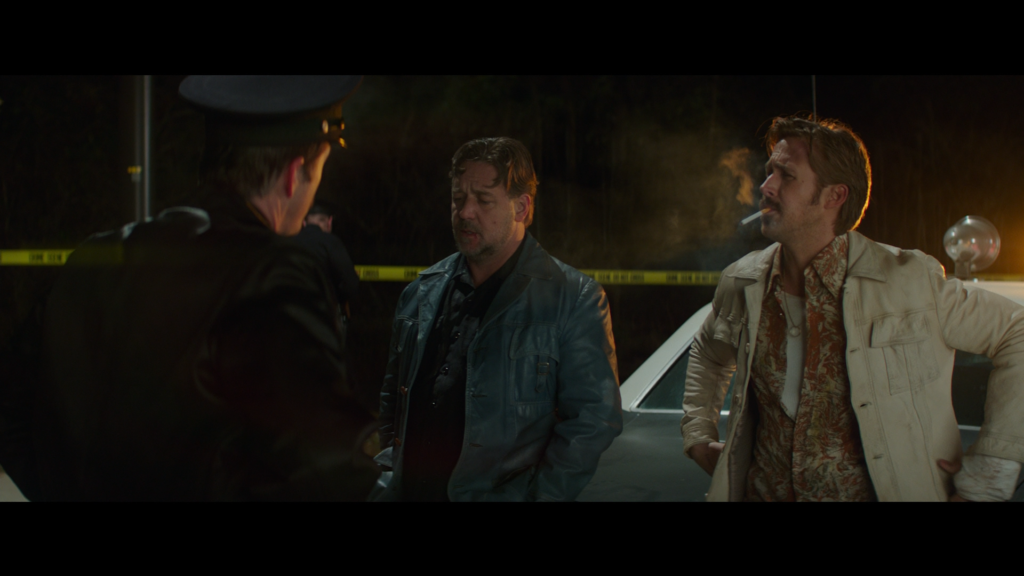 Aside from this being a fairly bare-bones release from Warner, that doesn’t distract from the fact that The Nice Guys is one of the best comedies to come out this year, if not the best. Crowe and Gosling have exceptional chemistry together, and with a decently engaging story and plenty of character and retroistic charm, this film is definitely worth picking up.