Low-budget horror movies are a guilty pleasure of mine, going back to my teenage years and growing with the release of the Saw movies, Paranormal Activity, The Purge, and revisiting old favorites like The Evil Dead, The Blair Witch Project, and The Texas Chainsaw Massacre. These films are all proof that a big budget and well known director are not necessary to create a genuinely terrifying film experience. With these aforementioned movies doing well, there is yet a lower tier of horror, where the B-movies and shoestring budgets thrive, often looking more like home movies than feature films. With the recent developments in digital filmmaking, more and more of these shoestring budget films are getting made, and for the lucky few that do get picked up by distributors, there has been a decent following. The Mind’s Eye is one such film, directed by Joe Begos, who previously directed the small budget horror movie Almost Human (not the awful TV show with Karl Urban). The Mind’s Eye has received mostly negative reviews, and outside of a small niche of staunch supporters I don’t see where the positives come from in this film. 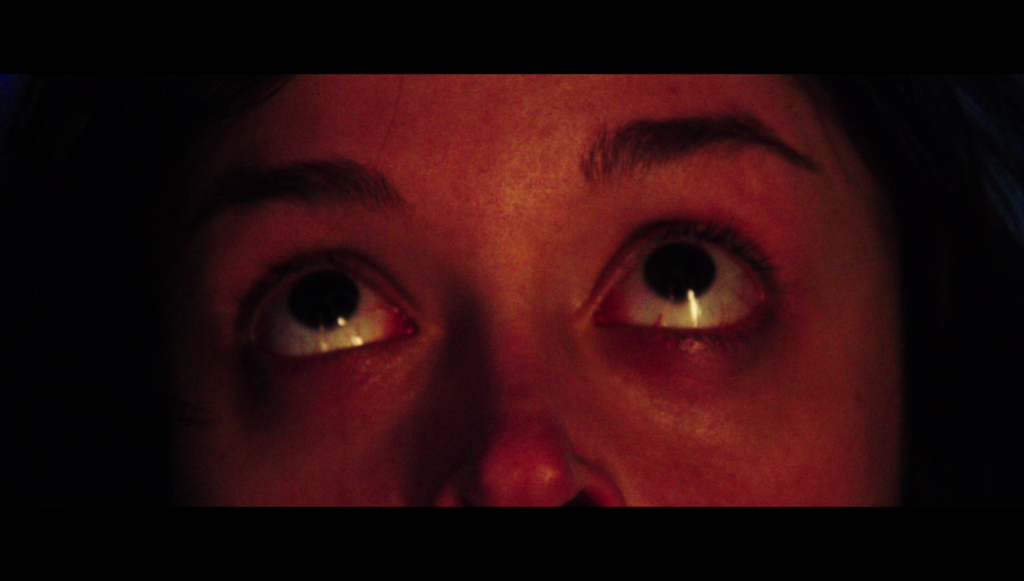 The Mind’s Eye follows Zack and Rachel, two pshyco-kinetic (meaning they can move things with their minds) 20-somethings who are on the run from an evil Dr. Slovak, who runs a Psycho-Kinetic Institute with evil intentions. It all breaks down into a simple structure, where Dr. Slovak convinces Zack to come to the Institute, and he agrees, because he is in love with Rachel. Of course, Dr. Slovak only wants to harness both their powers for evil, and away we go. It is pretty standard fare, and the quote on the front cover stating that this is “The best Scanners sequel we never got” may be the best argument for David Cronenberg never having made a sequel to his 1981 cult classic. If this is as good as a Scanners sequel would be, its best to leave the original alone. 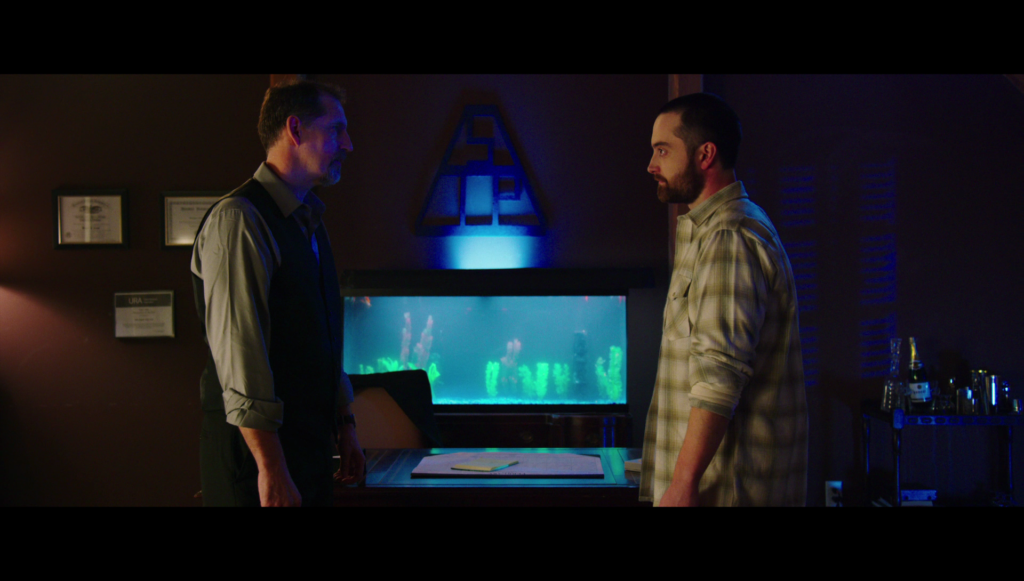 For the most part, there is a very amateur feel to The Mind’s Eye, where dialogue is poorly constructed, many shots are over-exaggerated to the point of ridiculousness, and the plot and storyline just sort of happens, with little to no explanation for the events. A lot of the gore is exaggerated past any point of reality, which can look cool, but sort of distracts from what is happening. I’m all for exploding heads, but they need to still serve a purpose; gore for gore’s sake just doesn’t do it for me. The over-used bright colors that seem to dominate every scene want to add some substance, but instead, they add more headaches. I wanted to like The Mind’s Eye so badly, and I went in completely blind without having read a single review or synopsis, but I just could not get into it. Your experiences may vary, but personally, I would love to have back my 90 minutes and give another low-budget horror movie a shot.

The video transfer for The Mind’s Eye looks a lot like an Saturday Night Live digital short, or essentially any high-production quality YouTube video. That is to say, it does not look or feel like a feature film, and is much cleaner and obviously digital than any major studio release. It doesn’t look bad, and online research shows that it was shot by Director Begos on a Red Camera, which has become the standard for lower budget, independent digital filmmaking. There are style choice by Begos that make the film feel cheaper than it probably is, and for a darker movie (in tone) like The Mind’s Eye, it would have been cool to have a grittier picture than the extremely clean transfer presented here by Image Entertainment. 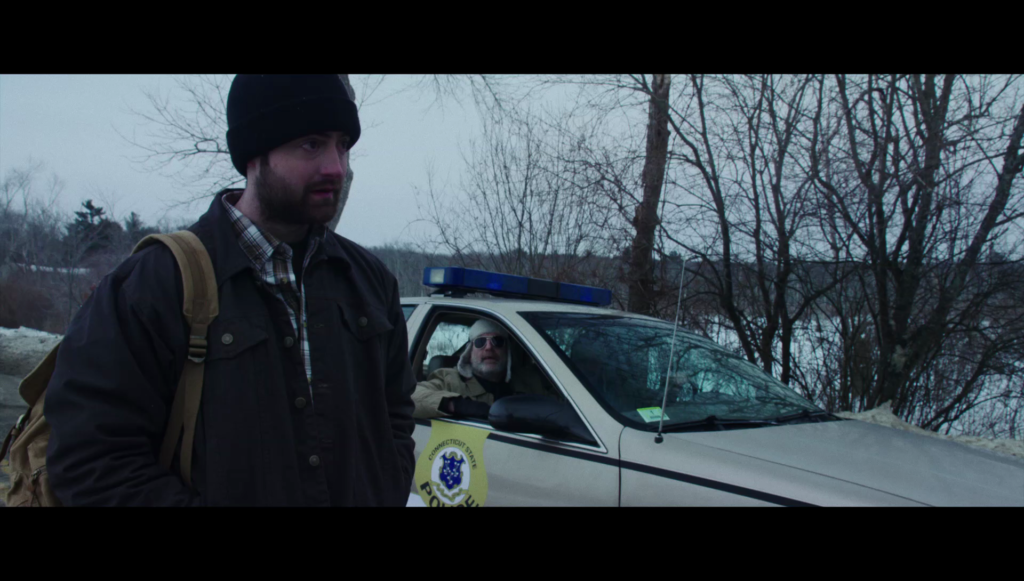 The Mind’s Eye is not a visual masterpiece by any means, but the picture quality of the Blu-ray is good enough for a film of this caliber, and it looks clean and smooth in 1080p. I’m being nitpicky when I talk about the look and feel, and some viewers may really enjoy that style of filming, but for me I would have liked a grittier picture.

Before the film starts, after the production company slides, there is a message for viewers in large, bold-faced letters proclaiming “This Film Should Be Played Loud”. This may have been a fun little addition to the film, but as a home theater enthusiast, this was a red flag. I immediately thought that the film had volume issues with its mix, as what other reason would there be to give that suggestion before it starts? Unfortunately, I do think that this message could have had a placebo effect on me, as I did notice various instances where I just did not feel like I was getting the most out of my home theater and the Blu-ray technology. 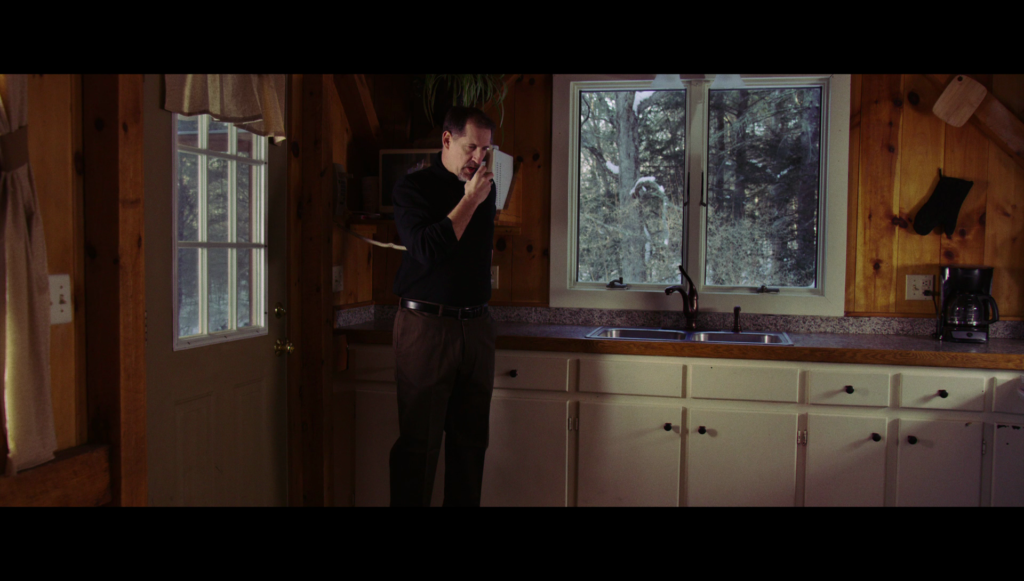 I would be interested to see someone else’s take, who could watch the film without this message, and see if it was the placebo playing tricks with my mind, or a real issue with the audio. Either way, I can’t say that the disclaimer helped the experience at all, and playing The Mind’s Eye at the same volume I play every Blu-ray produced subpar results, and that should not be the case. If the audio was mixed right the first time, there would be no need to adjust anything for volume.

The Mind’s Eye comes packaged in a Blu-ray snap case, with just a single Blu-ray disc and no digital copy or DVD. The cover art is stylish and has a very 80s horror B-movie vibe to it, but other than that, the packaging would not be a real draw for a purchase. 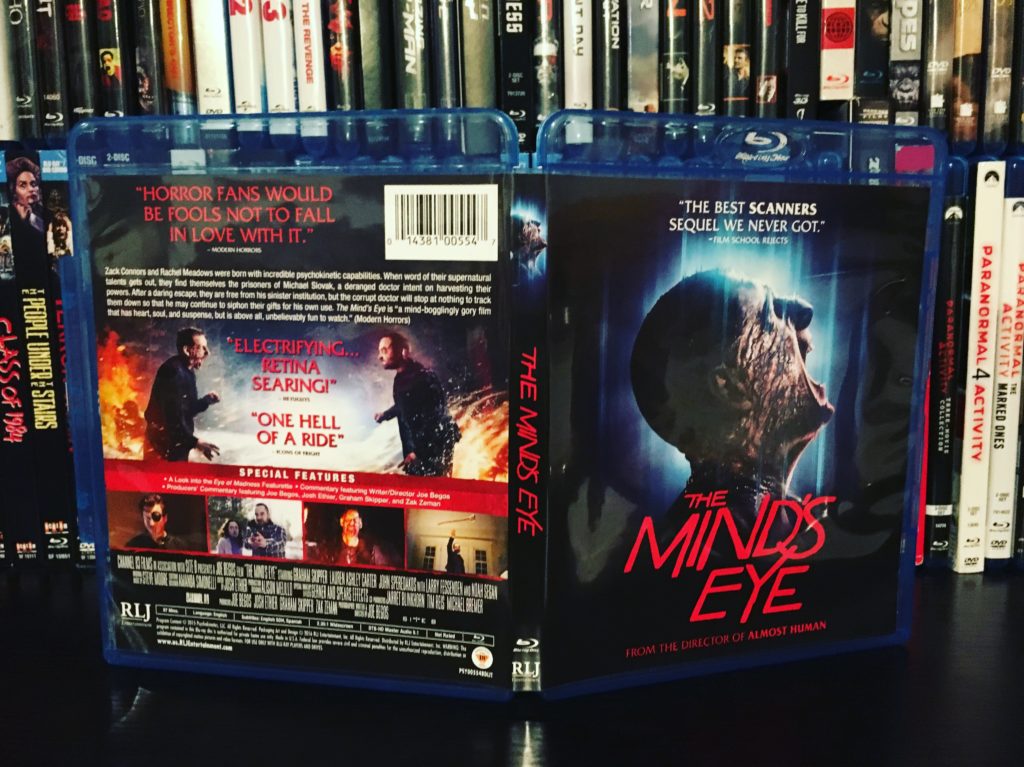 As for special features, The Mind’s Eye is limited, as one would expect from a low-budget indie film like this. There are dual commentary tracks, with one featuring Writer/Director Joe Begos, and the other featuring Begos, Josh Ethier, Graham Skipper, and Zak Zeman. There is also a short video featurette that serves as an inside look into the film. Either way, the features and packaging are not near unique enough to make this release standout in the crowd. 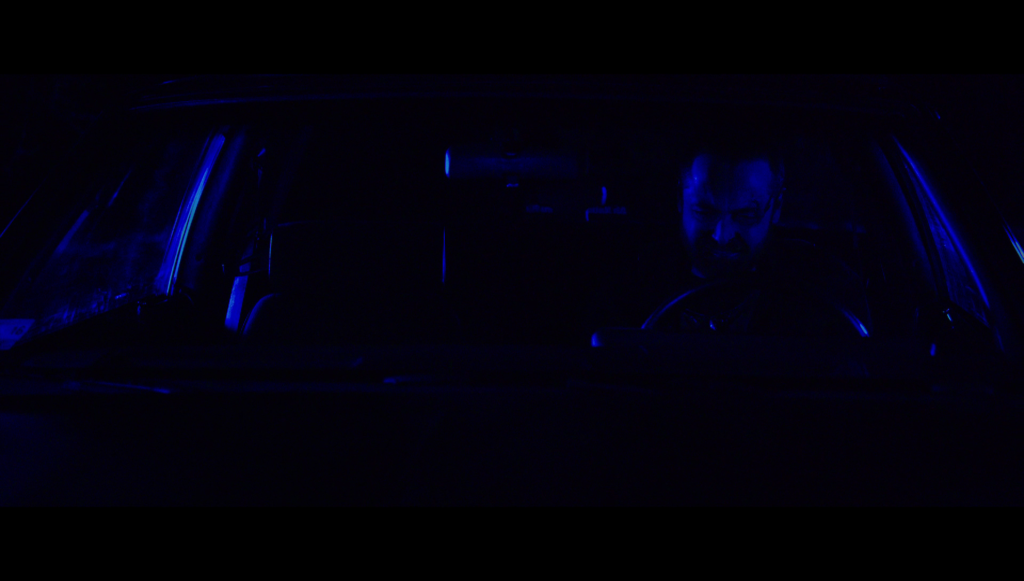 With just average video and audio, pretty standard packaging and lackluster features, coupled with the poor movie as a whole, it is hard to recommend The Mind’s Eye as a Blu-ray purchase. I would suggest renting this first, or maybe grabbing it on some streaming service in the coming months, and if you do have a great experience, pick it up then. I would definitely not blind-buy the film, as it is just not that good. As a saving grace, the release day price was just $12.99, so this should easily be a sub-$10 title very soon, which would be good news for those who do end up enjoying this release. If you want to take a leap of faith, The Mind’s Eye can be purchased on Amazon, available now, although as of posting this review, there seems to be a 1-2 month delay on shipments. I would be speculating, but I would not be surprised if sales were low, and it was pulled. Who knows; but this could become a rare, OOP title if that is the case.