The Meg is a 2018 science fiction action thriller film that was directed by Jon Turteltaub with a screenplay written by Dean Georgaris, Jon Hoeber, and Erich Hoeber, loosely based on the 1997 book titled Meg: A Novel of Deep Terror by Steve Alten. The film stars Jason Statham, Li Bingbing, Rainn Wilson, Ruby Rose, Winston Chao, and Cliff Curtis. In the film, it follows a group of scientists who encounter a 75-foot-long megalodon shark while on a rescue mission at the floor of the Pacific Ocean.

Walt Disney Studios originally purchased the film rights to the book in the 1990s, but after several years in development hell, the rights landed at Warner Bros. the film was eventually greenly in 2015. Turteltaub and much of the cast joined by September 2016, and filming began the following month in New Zealand and ended in Sanya, China in January 2017.

A Chinese-American co-production, The Meg was released in both countries on August 10, 2018, in RealD 3D. It has grossed over $527 million worldwide and received mixed reviews from critics, with some describing it as an entertaining B-movie and others calling it “neither good enough or bad enough” to be fun. 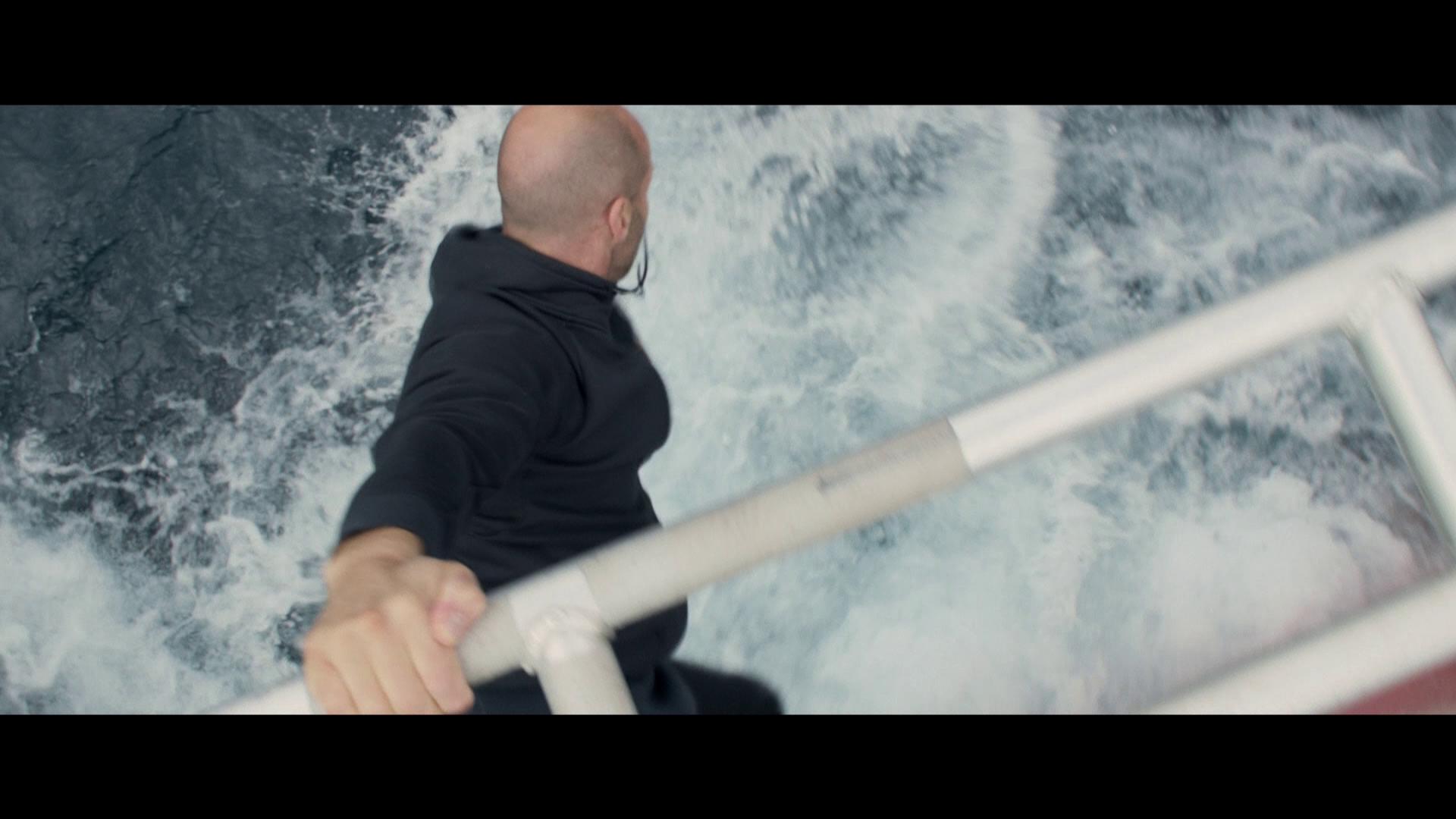 The Meg is a movie that really tries to set itself up as a new B-movie adventure, however it ultimately lacks the cheese and thrills that often accompanies movies like this.  There is a good amount of the silly or summer fun that was promised; however, after seeing that they cut out a lot of the sequences to make it have the PG-13 rating, it could have been a lot better had they opted to keep the footage and accept the R rating.  There’s a lot of care-free action sequences as you would expect with Jason Statham at the helm, and with the overall amount of goofiness, I can certainly attest to and appreciate that this was an experience that didn’t require my full attention. 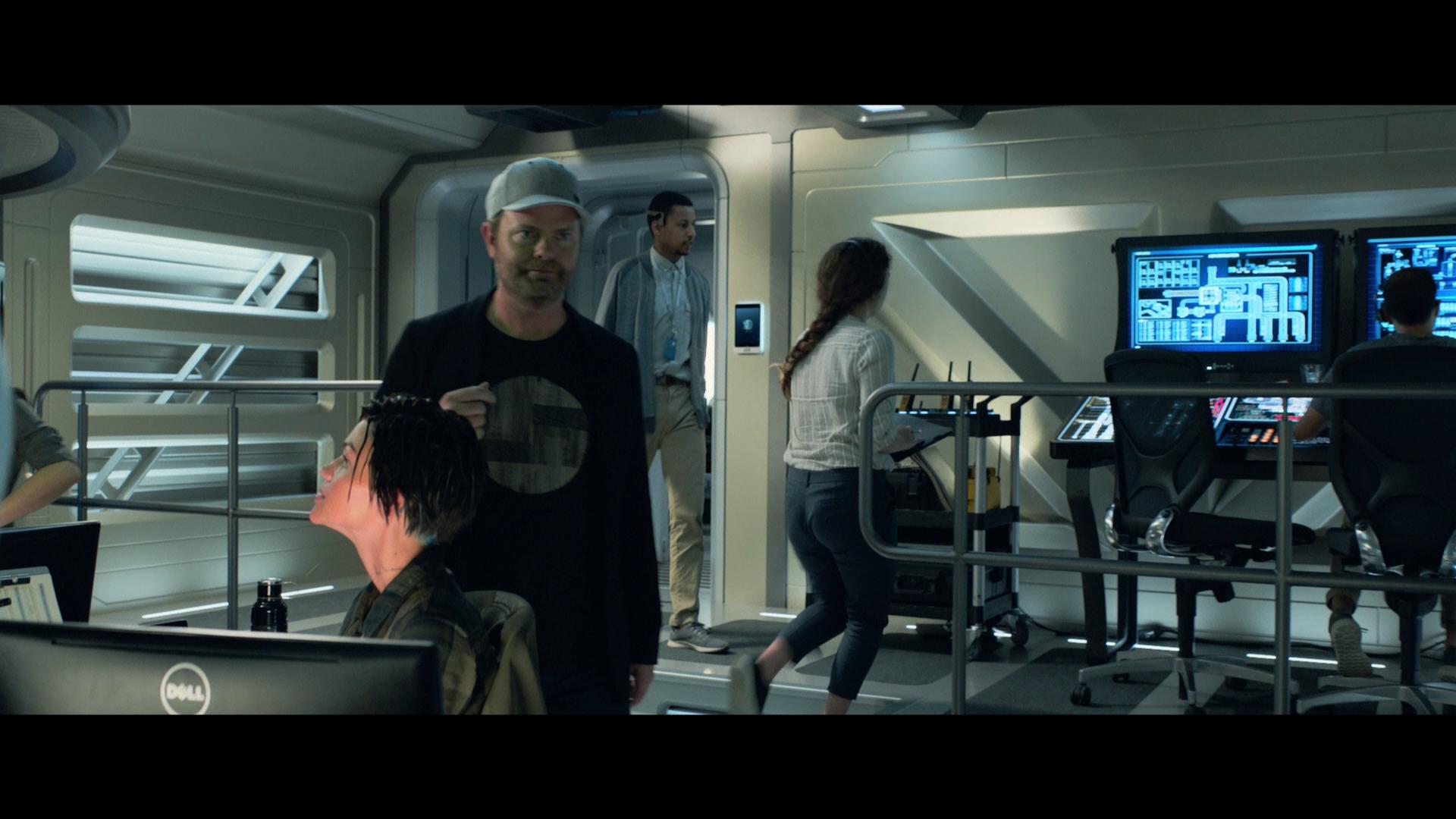 With its 1080p presentation brought to us from Warner Bros. Pictures, The Meg really gives its viewers a bright and vibrant presentation that surely captures the accompanying intensity of having to fend off a shark this big.  The action sequences that were obviously computer-generated blended into the scenery quite well, allowing them to feel all that more real and helped with the immersion factor.  The gigantic shark had a nice realistic feeling to it, that my wife and I were able to really appreciate some of the work that went into making this movie.  I can only imagine how crazy this release looks on the 4K UHD copy that’s being released today too. 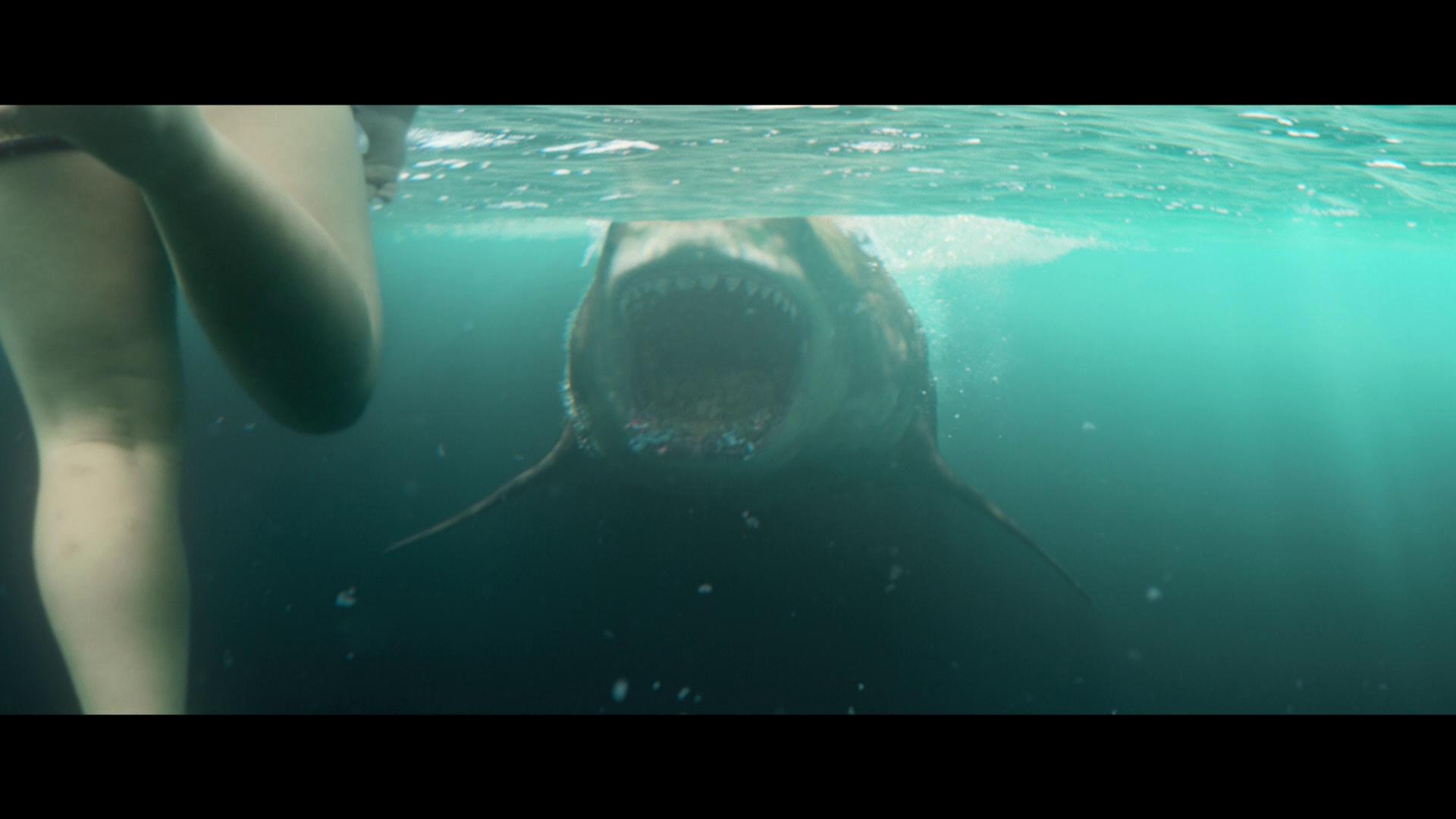 Bundled with an English Dolby Atmos audio track, the Blu-ray release of The Meg offers an absolutely all out immersive audio experience for its viewers that are able to make use of the technology behind the track.  Certainly utilizing every channel to its fullest capacity, coupled with the smooth transitions from channel to channel, this movie does a fantastic job at placing the viewers right in the middle of everything and ensuring that they feel like they’re experiencing this as if it were really happening in front of them.  The dialogue is spoken cleanly, ensuring that the characters are able to be heard and understood without the need to adjust the volume levels at all throughout. 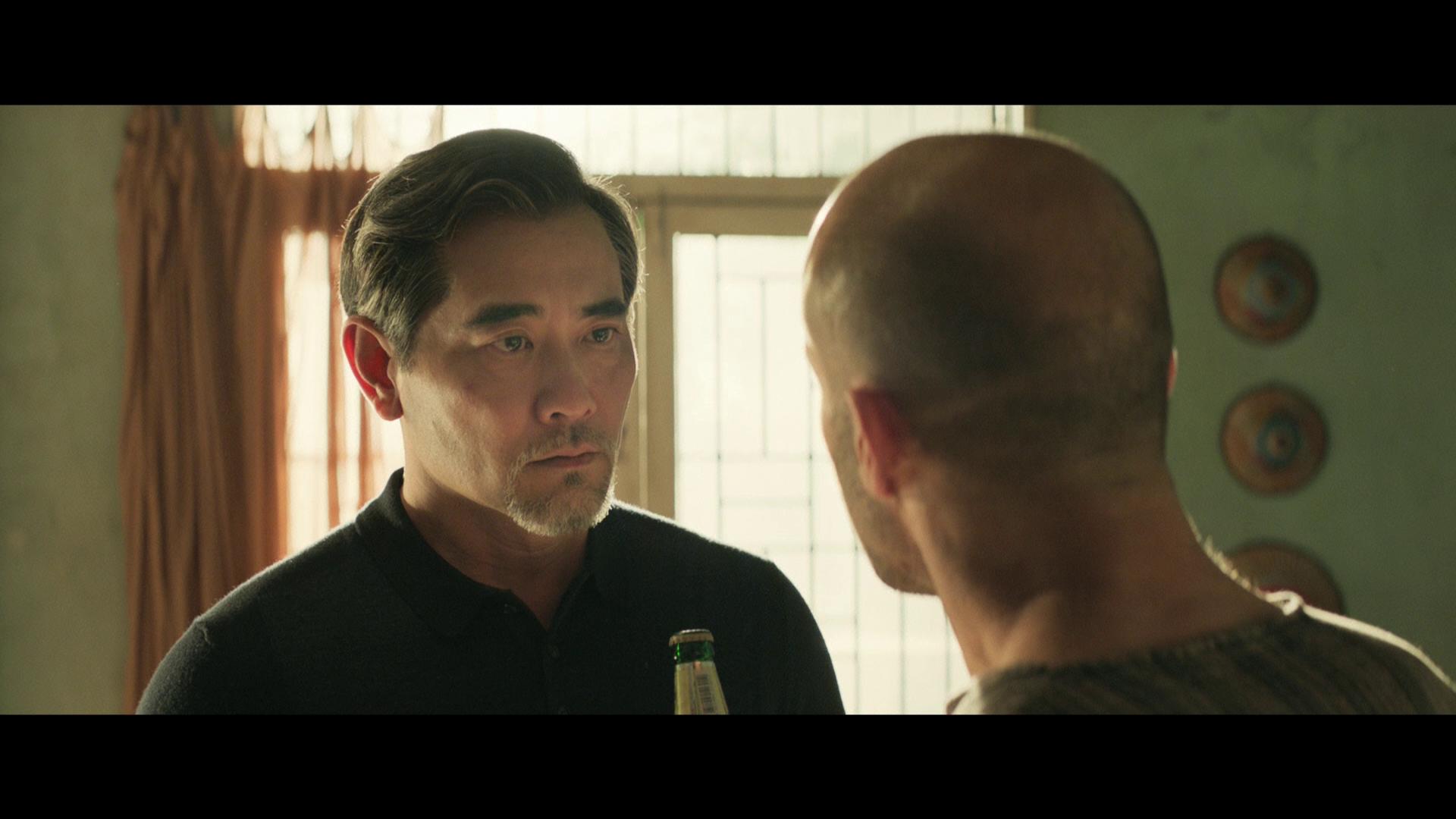 The Blu-ray release of The Meg comes packaged in your standard two-disc Blu-ray amaray case.  Within that case is the standard Blu-ray copy of the movie as well as the standard DVD copy, both discs featuring the same piece of artwork between the two and is related to the movie, and completely different from that of the case art.  There’s also a digital copy redemption pamphlet that’s been included for the various streaming platforms as well as a slipcover that’s been made available during the original pressing that features the same piece of artwork that’s been included on the case art. 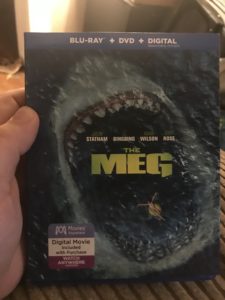 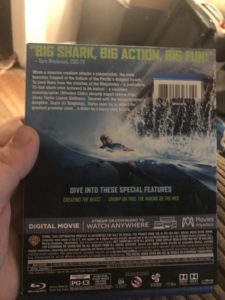 There are only a couple of additional features that have been included on the Blu-ray release of The Meg.  The content focuses primarily on the work that went into making the movie, and the experiences that the cast members shared in making the movie; with none of it really showing much of any kind of expansion upon the storyline.  Included with this release is: 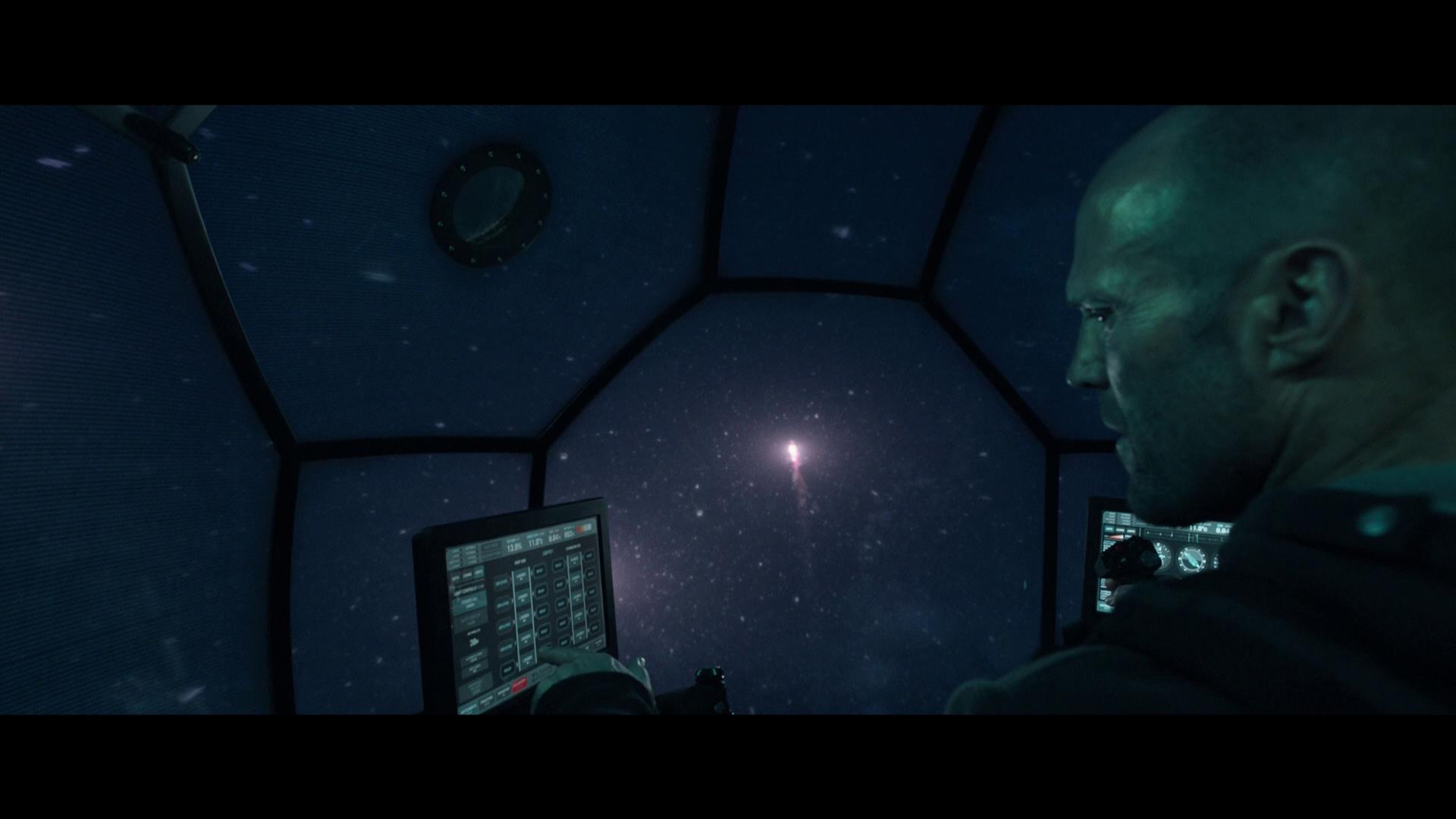 Overall, I really wish that they didn’t cut so much from The Meg to give it the PG13 rating, as I think it would have done a lot better with the R rating as the cut material really deterred from the overall experience.  The story is goofy as hell, and there’s a lot of stupid action that comes with the fact that Jason Statham is in this movie.  The video and audio presentation of the Blu-ray release was absolutely top notch, and I can really only imagine how awesome this release will look on 4K UHD.  There’s only a couple of additional features that come with the release, and I wish there could have been more, maybe some deleted scenes so we could have seen what could have been?  If you’re considering this release for your collection, I would absolutely recommend it if you’re a fan of B-movies and the stupid action that Statham always delivers upon.  The Meg is available on 4K UHD, 3D Blu-ray, and Blu-ray today. 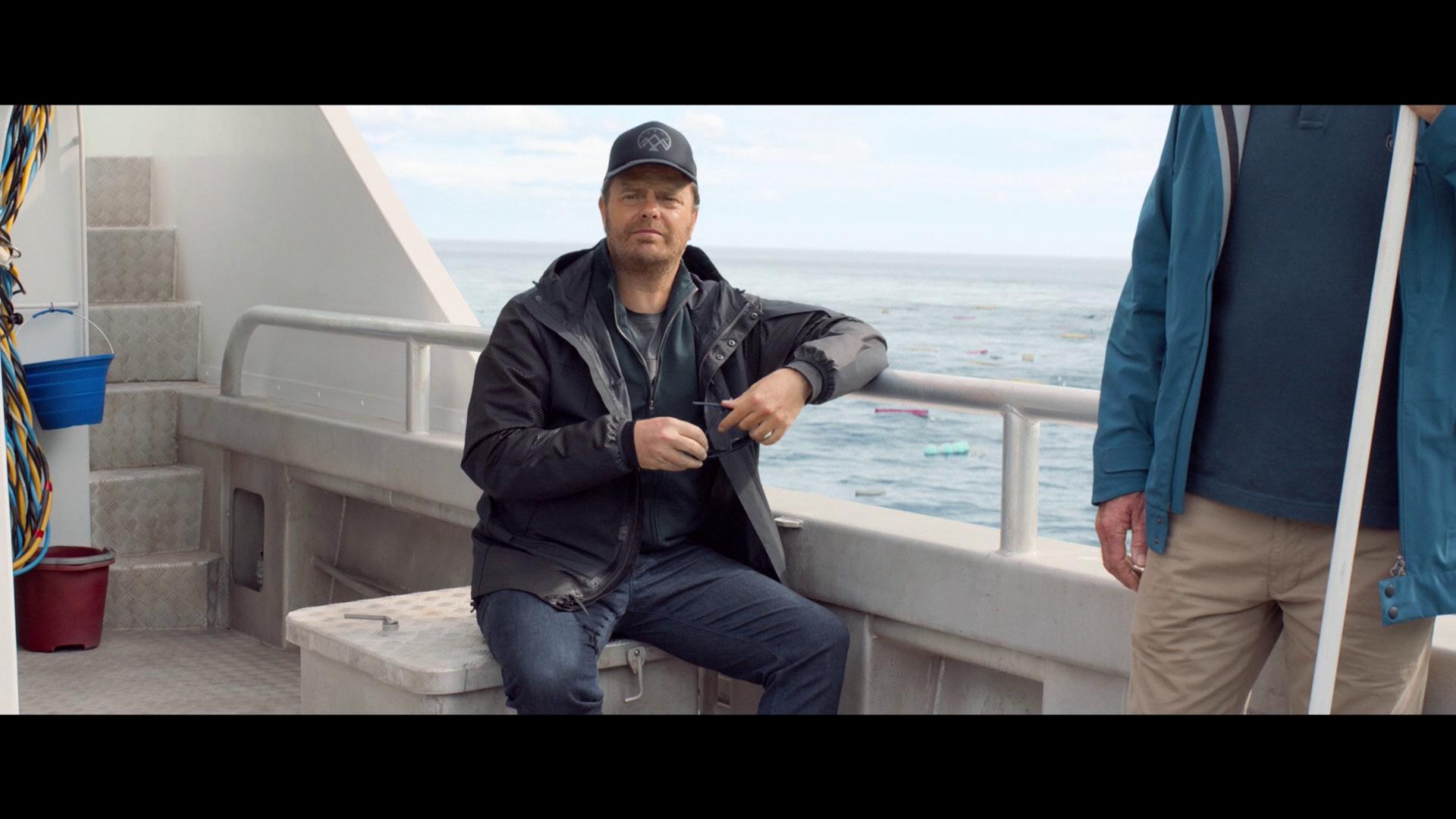