Many of us movie buffs are aware of the gigantic film that was The Martian, which blew through 2015 snagging up big box office returns and many notable awards. That movie followed Matt Damon’s character as he was stranded on Mars, trying to survive until another crew could be sent to save him. Now, imagine if instead of trying to just survive a race against time, there was something the crew uncovered on the Red Planet as well. Don’t get me wrong, these are very different and distinct films, although there are some interesting similarities in the production and set design. I think I certainly appreciate what The Last Days on Mars is able to do with just a fraction of the budget that The Martian had, especially now that I am seeing it for the second time. For reference, Matt Damon alone earned 2 and a half times the budget of this film. 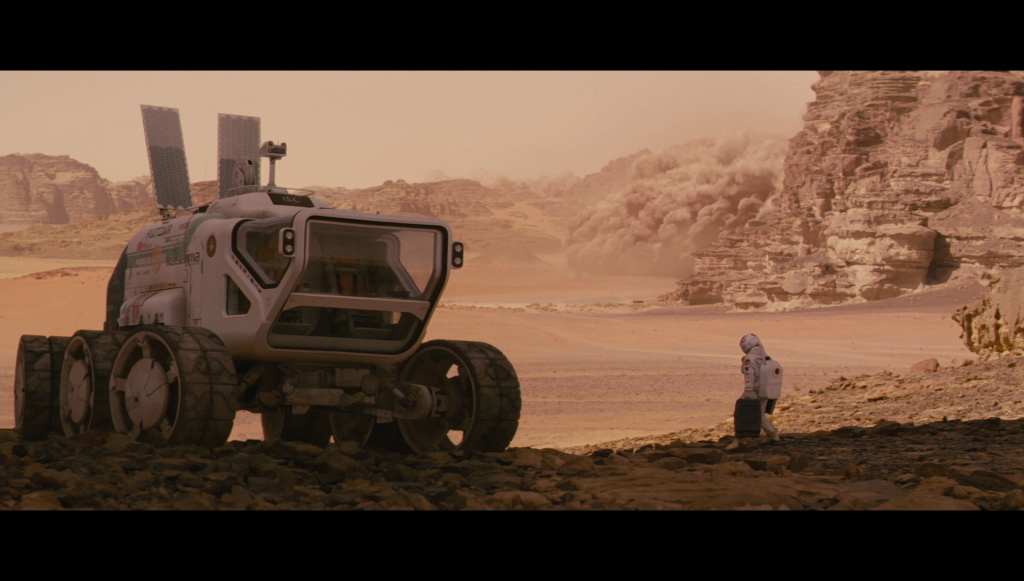 The story centers on a team of multi-cultural scientists just finishing up their six month deployment before they return home and another team takes their place. Their goal was to find signs of life and take samples at various parts of the planet. One of the members has been doing research on the side and seemingly finds something important. What they discover soon threatens their very existence. If you have read my previous reviews I am not one to put a lot of spoilers in. I want to give readers an overview and ultimately let them decide if it is worth purchasing since there are many varying degrees to what kinds of movies people like. That’s why I am not going to go into detail about what they are up against. The film is done well enough where, although familiar, there are enough differences and nuances to make everything stand on its own.

This movie is certainly not your typical horror fare. Instead of relying on unknown actors it takes ones that are more accustomed to drama or even theater productions and puts them in uncomfortable and uncharted territory. What you end up with are really stellar performances from just about everyone, but especially Olivia Miller and Liev Schreiber. To be fair, I have never see Schreiber in anything I haven’t thought he was excellent in. He was one of the lone bright spots in the disaster that is X-Men Origins: Wolverine. 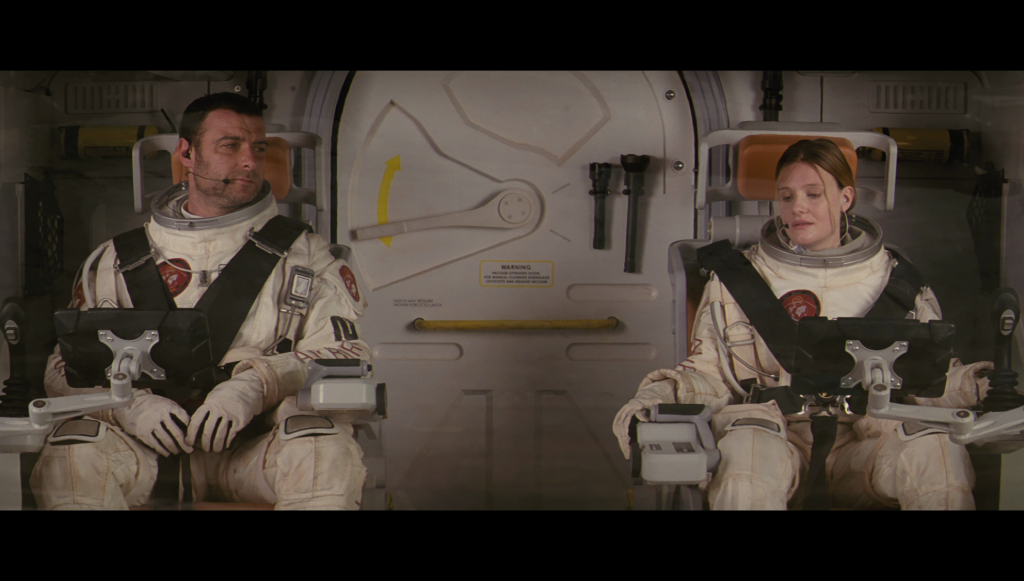 I was pleasantly surprised while watching this film. I have watched a lot of horror movies and expected this to be something more run of the mill, especially since I had never heard about it prior to blind buying. I suppose that this is due to it being a UK film and not really having a US release. Not only are there some legitimate scares, but what set’s it apart is atmosphere. It also helps that the production values are top notch and the acting and characters are much improved over what you normally get in this genre with this type of budget.

This was shot on 35mm film and looks great throughout.  Of course, being set on Mars there are a lot of oranges and reds in the film’s color scheme.  Even on the interior shots, that palette stays the same.  There is some grain present, although it never detracts from the clarity, and everything has great detail.  A few of the night scenes and darker interior sequences can get a little blurry, but it is nothing that keeps viewers from enjoying the film.  The visuals and production (as previously stated) are all done very well.  Even though this film doesn’t have that big Hollywood money, you’ll never be worried about bad CGI or or sloppy set pieces. 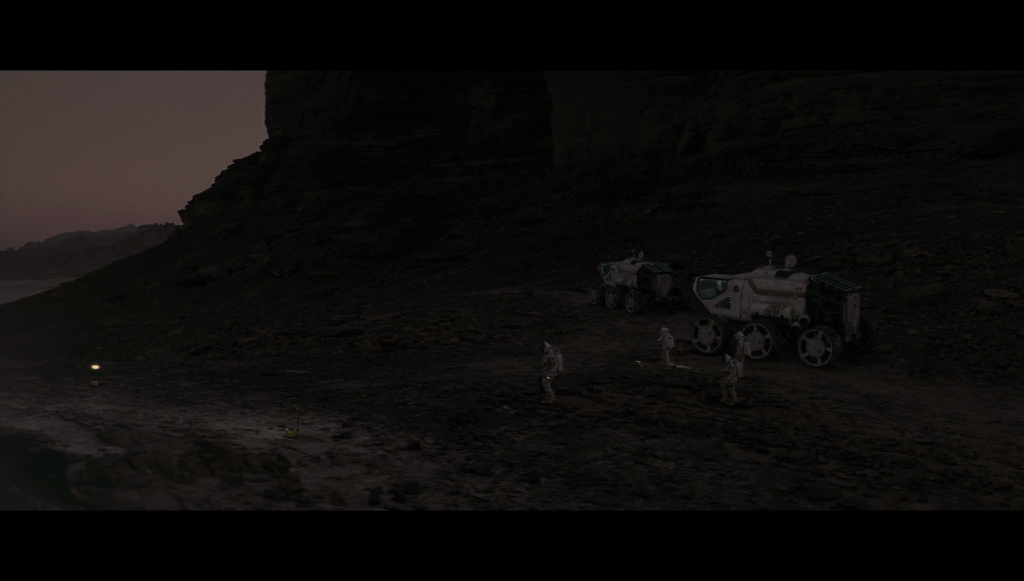 The score is what you are used to hearing in a typical horror film.  It doesn’t try to be cute and experiment, which is good if you don’t want to be distracted by it.  It certainly performs it’s duties well.  What is better than normal are the sound effects.  A lot of them are subtle but they really convey what the tone of the film and come through nice and clear.  Everything comes through all the speakers beautifully and the audio mix compliments the film nicely.

The making of The Last Days on Mars (15:17)  This feature has interviews with the director and each of the cast members.  It goes through what drew them to the script and what some of the scenes were like on the set.  It also details what it was like working in the desert in Jordan in heavy space suits.  Worth checking out if you liked the film.

Analyzing the Visual effects (6:00)  This shows a bunch of nice comparison shots for the effects in the film,  Unfortunately, it has no narration or description of what we are seeing.  It would have been much nicer if they had a designer breaking down the different shots and explaining how they were made or why they went in a certain direction.

Behind the Scenes Comparison (4:01)  A quick featurette showing what certain shots looked like with the crew filming the scene.  Nothing interesting of note other than seeing what some of the base shots look like without the digital effects tweaked in yet.

AXIS TV: A Look at The Last Days on Mars (3:11)  A combination of the trailer and making of to give a short description detailing what audiences can expect from the film. 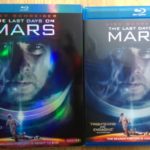 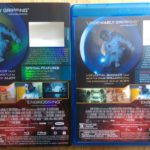 I was pleasantly surprised by The Last Days on Mars.  I picked it up as a blind buy for $10, mostly for the shiny holographic slipcover that Magnet offers at times.  I would highly recommend this film for the $8 Amazon is asking for at this time, slipcover or not. Some horror fans might be a little dismayed by additional drama and character building in the film. If you are a fan of gory and violent horror, this one is probably not for you, but anyone that likes to mix genres should find this horror/sci-fi/drama film highly entertaining.  The technical specs are definitely up to snuff for anyone concerned with those areas as well. 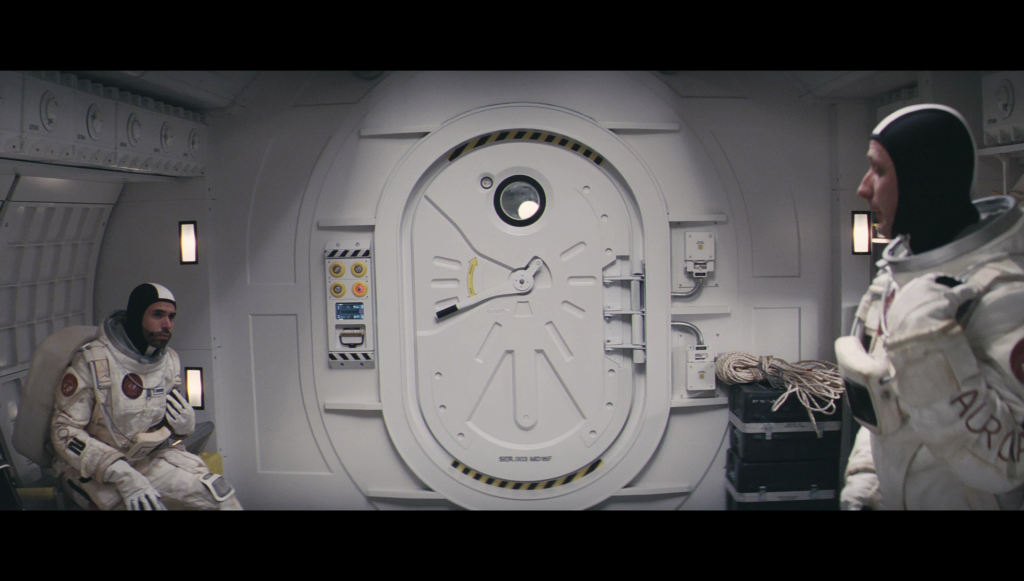