Ice Pirates is certainly one of the most unique movies I have ever seen. Riding the coattails of Star Wars in the 1980s, MGM released Ice Pirates with what I believe were good intentions. At face value, it was intended to be a fun science fiction film originally marketed towards families, with its humor inspired by characters like Han Solo, C-3P0, and Lando Calrissian. However, it opened to very low critical reviews and middling box office returns, which makes it a prime candidate for revisiting as it attained cult status over the past 30 years. Warner Archive brought the film back to life on Blu-ray, and did a great job introducing this film to this generation’s audience.

Ice Pirates is not a good movie. By any traditional means, it is a total disaster. The CGI is terrible, the plot is ridiculous, and the sets look like they were taken from the leftovers of Escape from New York or Mad Max. The costumes and makeup look like rubber Halloween masks on the alien characters, and Ron Perlman wears dangly earrings and a pirate bandana for the entire film. There is no discernible plot. It is utter ridiculousness all around.

Ok, so now that is out of the way. 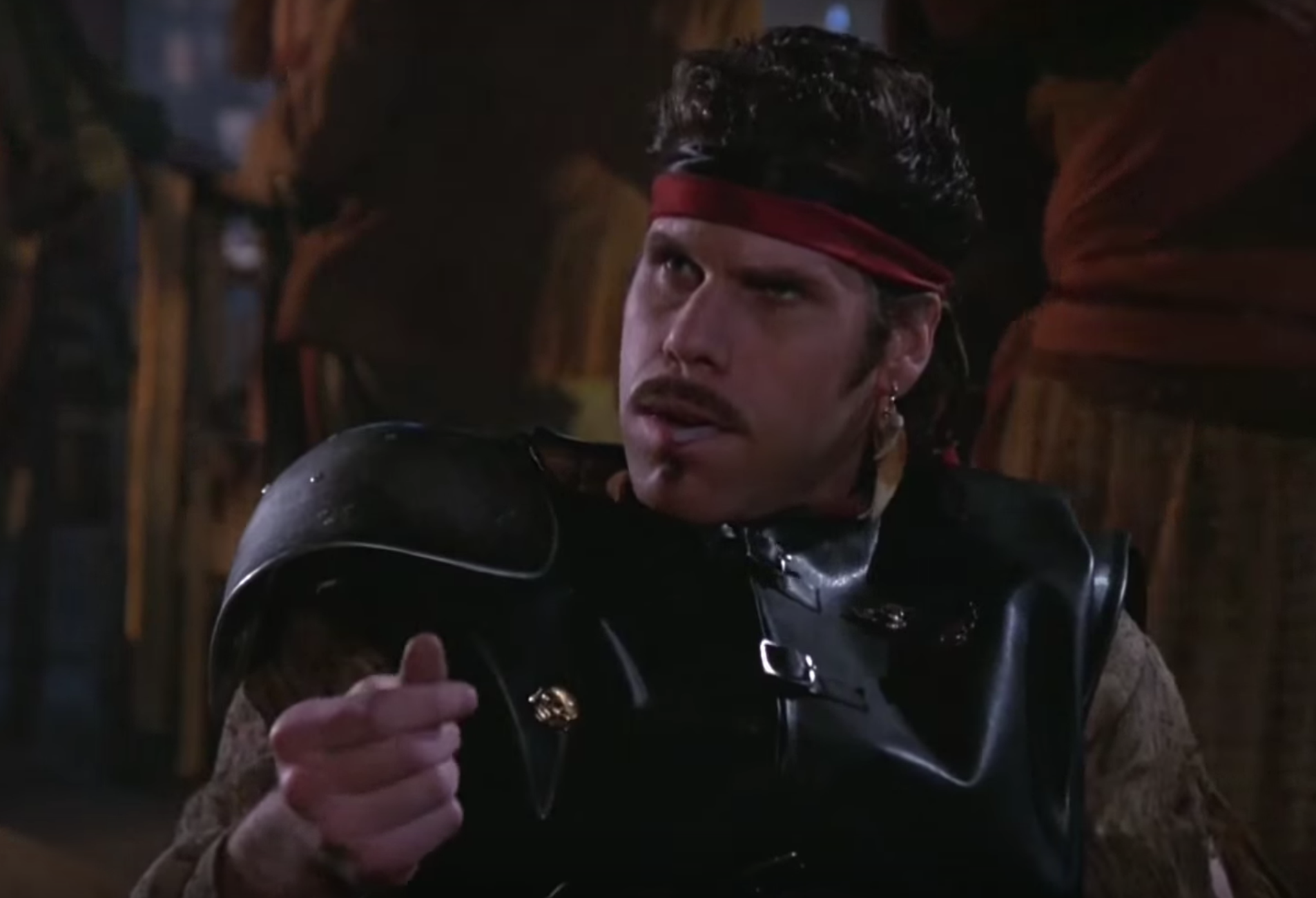 The best thing about Ice Pirates is that it never tries to be great, which is what makes it so fun to watch. It is a PG-rated movie which features a castration scene, a graphic decapitation, lost limbs, and lots of sexual humor. The 80s were certainly a different time for families! But this is what makes it worth revisiting for an older audience. It has a lot to offer comedically to those of us who understand the dark humor, racial jokes, and sexual  innuendos which would go over a child’s head.

The action scenes are excellent, and the bad effects make them even better. There are gratuitous explosions, plenty of death, violence, and enough one-liners to make Roddy Piper smile. The rare moments which require some CGI assistance are great, because you can actually see the faint box around the CGI spaceships where they would have been inserted into the picture. It’s like bad photoshop where you can see a faint outline of the original image, and it’s hilarious to watch.

The droids are some of the best parts of the film. There are enough types of droids to make George Lucas jealous, and they all serve a purpose and have their shining moments. There is a great scene where two robots fight in a kung-fu style battle, and another where the pirates run into a robot pimp, who offers to show them “The finest titties on Mithra, blood”. The film also features a pseudo sex scene near the end, where the phrases “I think I should take my saber out”, and “It’s so stiff” are muttered. Again, this was a PG-rated family comedy. Ah, the 80s.

Other highlights include an interrogation where a feather is the torture device on a decapitated (but living) head, an action/fight sequence in what looks like a sound room full of dry ice, a massive time-jumping fight scene at the film’s conclusion, and plenty of computers and “future” devices that look like they would be out of place even in the 80s. Confused yet? You will be when the movie ends, and it sure is an ending worth waiting for!

Ice Pirates is a perfect mess, full of hilarious moments, interesting characters, and an all-star cast strung together into a somewhat coherent motion picture. What more can you ask for?

The picture quality for this release isn’t going to win any awards, but for a 30 year-old movie that had not seen the light of day in quite some time, Warner Archive did a nice job with the transfer. It is grain heavy, which is nice and stays consistent with the time period. There was certainly a lot of work put into the transfer. When comparing it to past releases which were full of artifacts and noise, this transfer is a much improved 2K restoration. I do believe that this is an excellent representation of the original theatrical presentation of Ice Pirates. 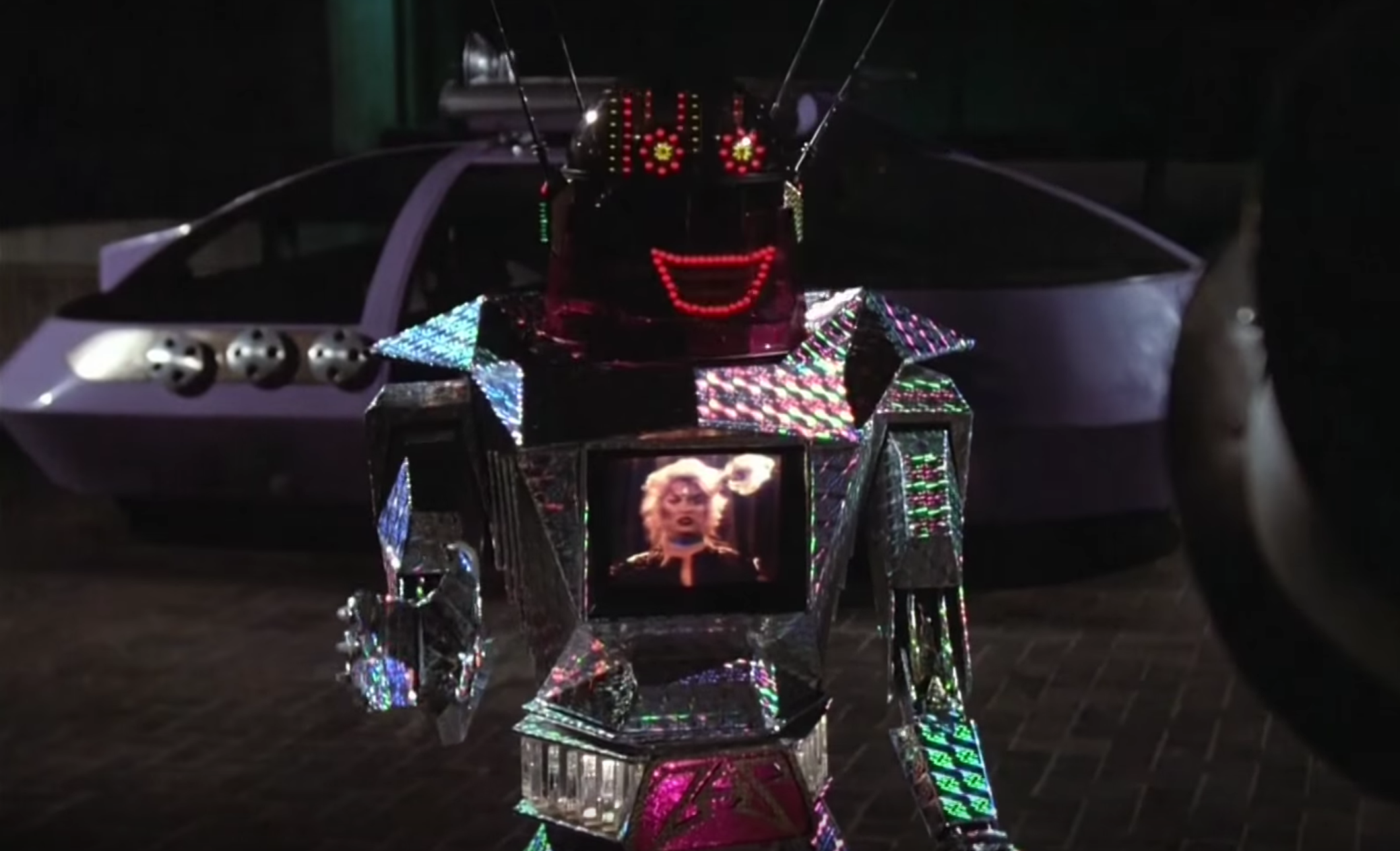 The movie is presented in a 1.85:1 aspect ratio, so it will fill your entire screen on a typical 16:9 HDTV display. Everything here is pretty standard for a movie from this time period, but I do like the fact that the movie was not messed with to bring it up to date, and it was allowed to thrive in its original formatting. I give it a higher score simply based on the fact that this movie was previously only seen on various older, messy home media formats, and the Blu-ray is a worthy upgrade, even from the DVD.

Ice Pirates‘ original audio track was a mono track, which is outdated but important to get the filmmaker’s original sound across. Warner took the mono track and updated it just enough for modern systems, turning it into a booming 2.0 DTS-HD Master Audio track. Dialogue is clear as day, even with limited channels, and the cheesy 80s sound effects sound great. I do think a 5.1 Master Track would not have done much to improve upon the original mono track, so Warner made a good choice to only upgrade the audio enough to bring it into the modern-day.

This is not a release that you would buy for the packaging or features. The packaging is a standard, one-disc amaray case, with some nice cover art, but that is all you get. The disc features the same art as the cover, and there is no inside artwork. 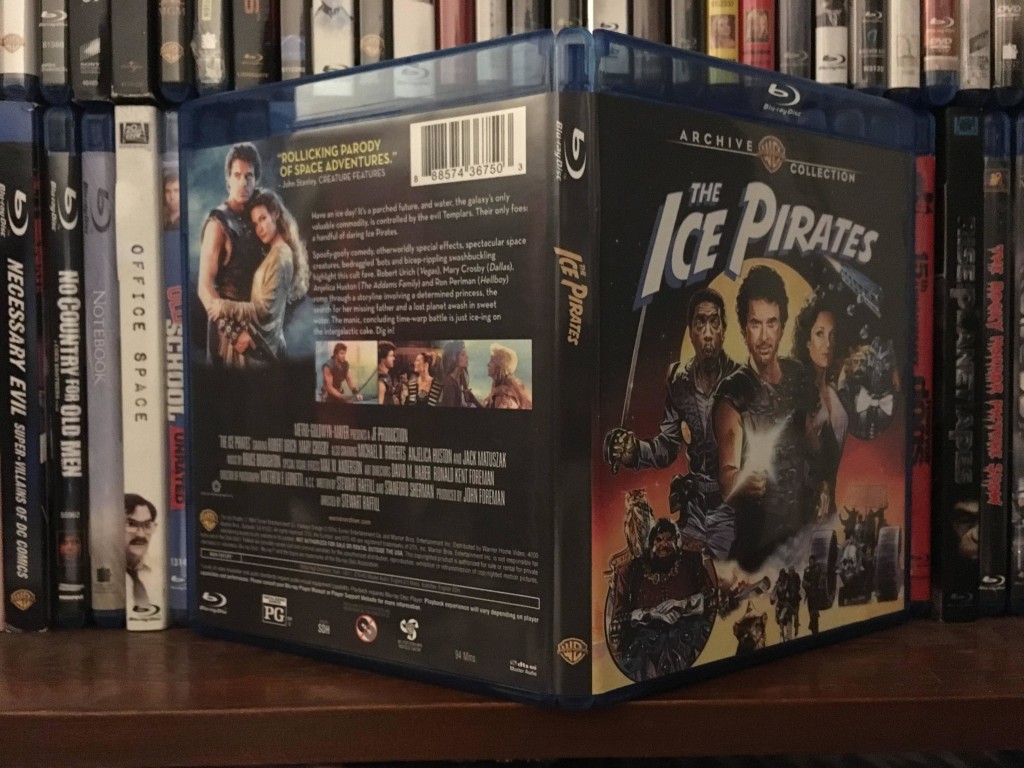 The only feature on this release is the theatrical trailer. That being said, the reason to buy Ice Pirates is not for a commentary track or a behind the scenes look. As interesting as those would be, they simply may not be available for a more obscure film such as this, and I do not believe that a lack of features or special packaging should deter you from buying this film.

Ice Pirates is a new favorite of mine. I went into this review not expecting a whole lot, and my low expectations were crushed by how much I enjoyed this film. I am not one to typically jump on the “So bad it’s good” bandwagon, but Ice Pirates may have converted me. It is so much fun, so ridiculous in concept and execution, and it is the perfect movie for families with older kids, or for a movie night with some friends. I cannot recommend this to everyone, but there are certainly plenty of our readers who would appreciate Ice Pirates for what it is and enjoy this one immensely.