Discussions of Abel Ferrara’s career usually center around Ms. 45, King of New York, and Bad Lieutenant, a trifecta of gritty dives into urban life through the eyes of a disturbed series of characters. Ferrara has a natural gift for the illuminating the street-level view of the world, and despite a somewhat erratic filmography, has managed to leave an indelible mark on American cinema. His work has managed to strike that rare balance between the artful savant and the shock and awe of the grindhouse auteur, and while many of his films explore this dichotomy, none reveal a more drastic clash between style and substance than his debut film: The Driller Killer. 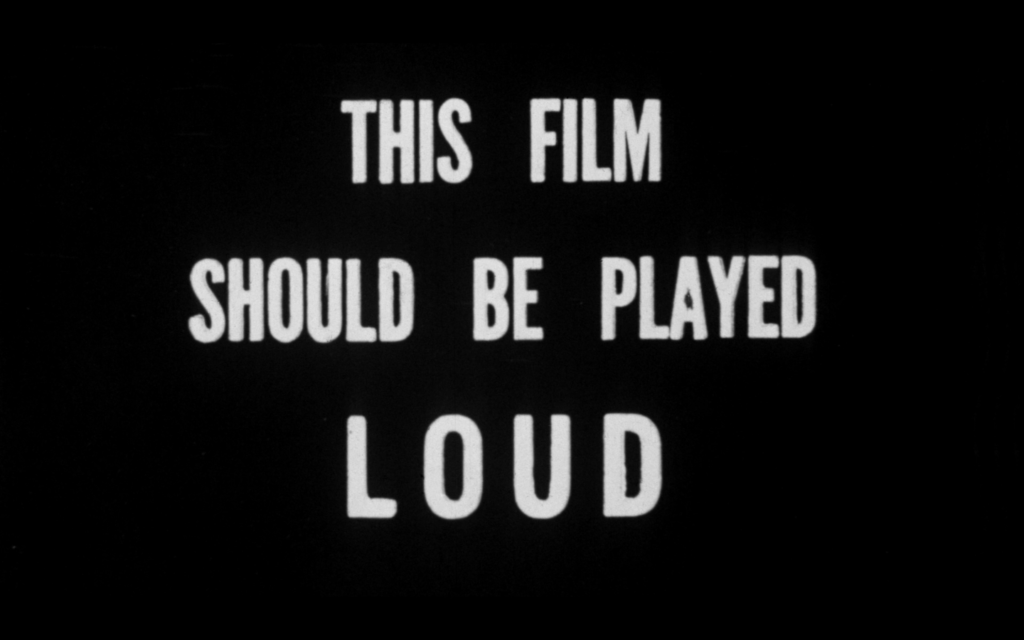 Filmed on the cheap in 1977 and ’78, Ferrara made extensive use of his own Union Square apartment as well as places nearby owned by friends to shoot his debut feature and, like another film I reviewed recently, C.H.U.D., the audience gets an in depth look at the New York that was back in the halcyon days of punk rock. Beyond the time frame, the film is perhaps best known for its placement on the infamous list of “Video Nasties” in the United Kingdom, a collection of films that violated the U.K.’s decency laws and were banned outright or cut down to various lengths to get by the censors. This wave of gore heavy, sexualized, and otherwise “strange” films maintain an aura of cult credibility even today. Keeping up their track record of dragging the crazy and the cult into the light of high definition, Arrow Video has brought The Driller Killer to Blu-ray. Is it worth the deep dive into grindhouse mayhem? Let’s take a look.

Artist Reno Miller (played deftly by Ferrara himself) lives with a pair of girlfriends in a Union Square apartment where he is nearly completion of his latest painting. Making a scant living on his artwork, Reno oscillates between extreme boredom and explosive bouts of inspiration, with bouts of drug use in between. Under growing pressure to finish the piece and make enough to pay rent, Reno demands an advance on his latest project, and when that doesn’t come through, his rage escalates. Compounding his frustration, a punk band moves in downstairs and plays through the night, denying Reno any solace to sleep or work. As his fits begin to take a toll on his relationships, latent violent instincts come to light and Reno comes face to face with the killer inside. 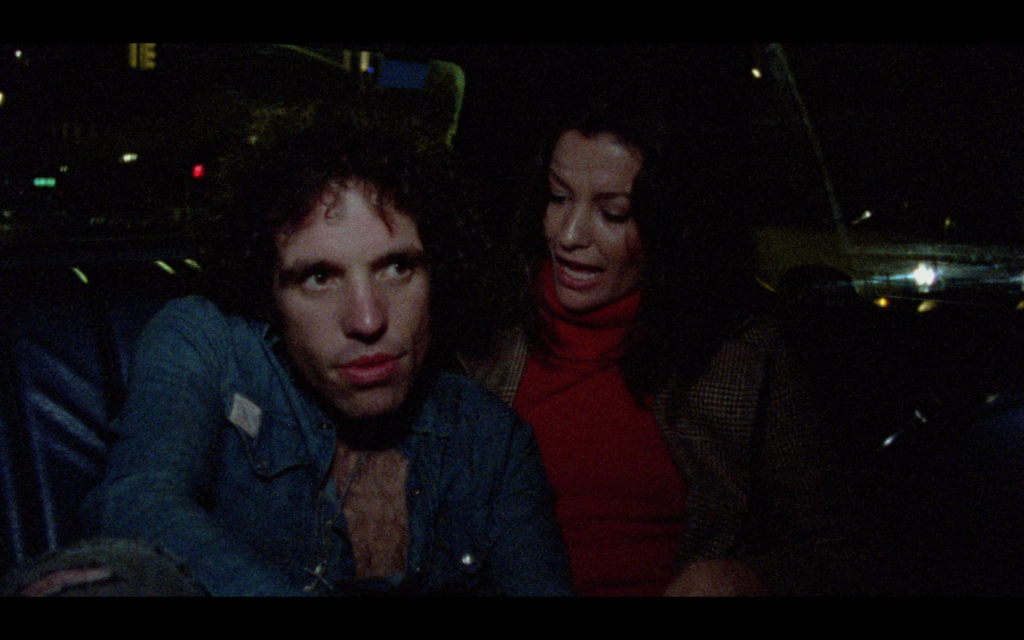 Ferrara’s film is frantic and edited with very little regard for continuity, but where this may fall apart in a more traditional narrative, Ferrara’s erratic style gives the film a kinetic energy that dovetails in well with the degeneration of Reno’s moral code and his psyche. The transformation from brooding artist into deranged killer is the crux of the film, and much of the style that Ferrara brings to the table enhances the narrative. Sidetracks into the apartment of the band playing in the building give the audience time to brood on the developments that have come so far and further enhance the shifting mood of the film. 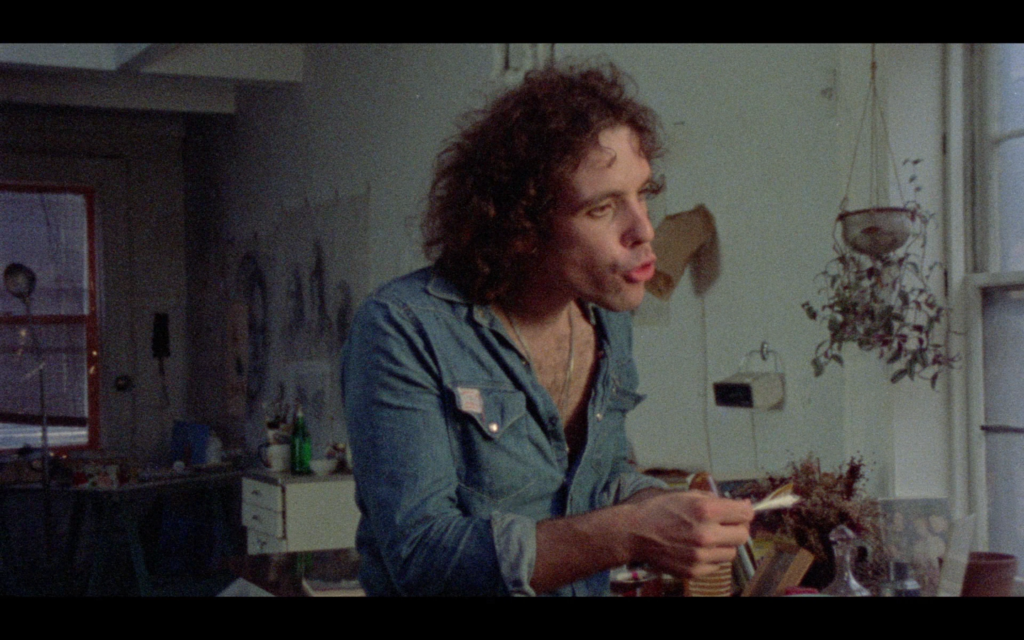 Shot on 16mm film, The Driller Killer arrives in high definition in a faithful presentation of the film from its original elements. Markedly cheaper than film stock used for most features, Ferrara’s tight budget for the film likely necessitated the use of 16mm. While the film itself suffers from a lack of detail and clarity that’s endemic to the film used, I cannot fault Arrow’s presentation of the film, as it faithfully captures the essence of the film with what is likely its sharpest presentation to date. A new 4k scan of both the theatrical and the “pre-release” cut of the film has been prepared for this release, and each can be seen in a choice of aspect ratios: 1.85:1 and 1:37.1. The inclusion of the “pre-release” cut is unique to this release of the film as it includes material Ferrara deliberately left on the cutting floor. On a whole, this is a strong presentation of a print marred with problems endemic not only to the stock used but also to the wear and tear of time gone by. I would find it hard to believe that fans of Ferrara’s other works and “video nasties” as a whole will be anything other than thrilled.

Where the visuals receive a bevy of options, each  of the films is accompanied by the same uncompressed mono track. While this maintains a faithful presentation of the film, it is difficult not to feel disappointed that an attempt wasn’t made to utilize a dynamic range for a film which uses music so effectively. The mono track itself is well balanced and plays without issues, but is otherwise unremarkable. 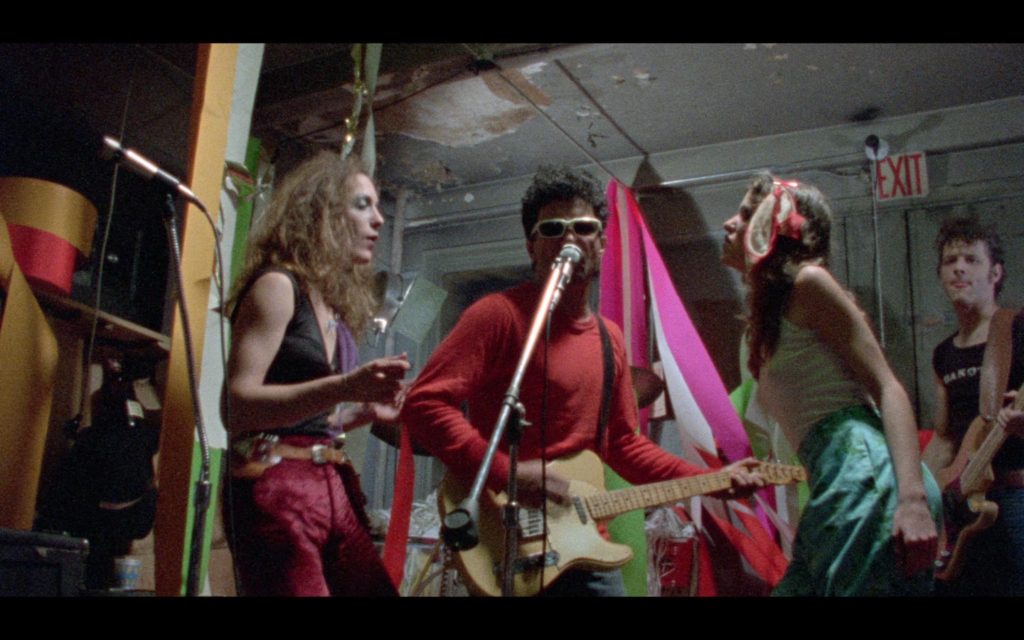 Beyond the fantastic visual presentation, Arrow delivers the goods on this release with two fantastic featurettes. Willing and Abel: Ferraraology 101 is a tour through the filmography which makes up Ferrara’s career, presented by Alexandra Heller-Nicholas who previously had authored a book on Ferrara’s cult classic follow-up film Ms. 45.  The other, Mulberry St, is a feature-length documentary presented by Ferrara himself, as he tours and discusses the locations used in shooting for the film. This documentary is a fascinating piece of time travel where Ferrara brings alive a New York that has now been lost to history. In addition, a new interview with Ferrara and a new audio commentary track by Ferrara and Brad Stevens, a Ferrara expert, was recorded for this release. From Arrow’s database:

• Audio commentary by director and star Abel Ferrara, moderated by Brad Stevens (author of Abel Ferrara: The Moral Vision) and recorded exclusively for this release

• Willing and Abel: Ferraraology 101, a new visual essay guide to the films and career of Ferrara by Alexandra Heller-Nicholas, author of Cultographies: Ms. 45

• Mulberry St., Ferrara’s feature-length 2010 documentary portrait of the New York location that has played a key role in his life and work, available on home video in the UK for the first time ever 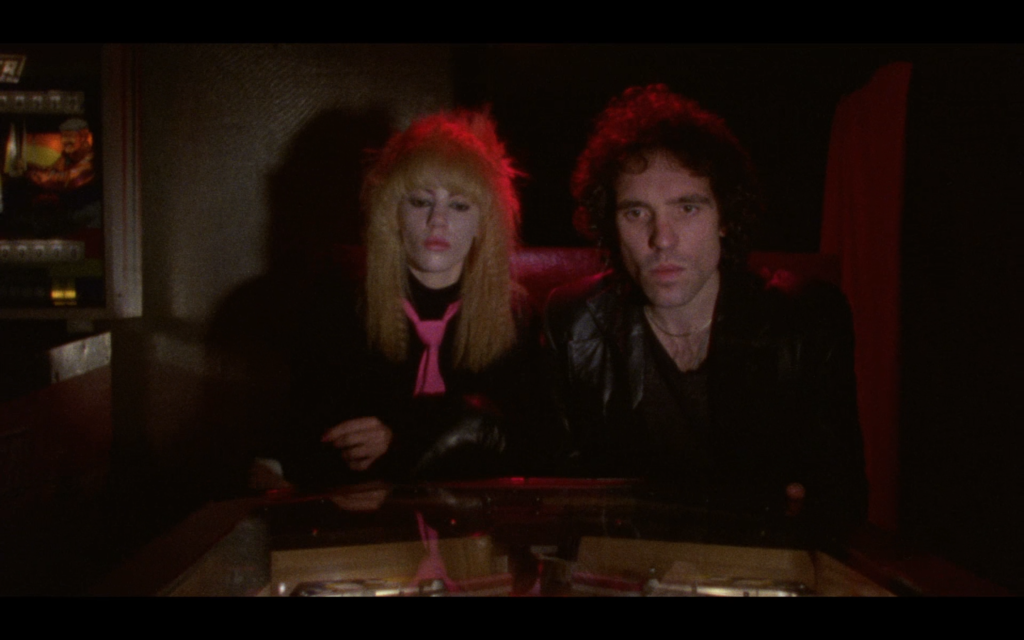 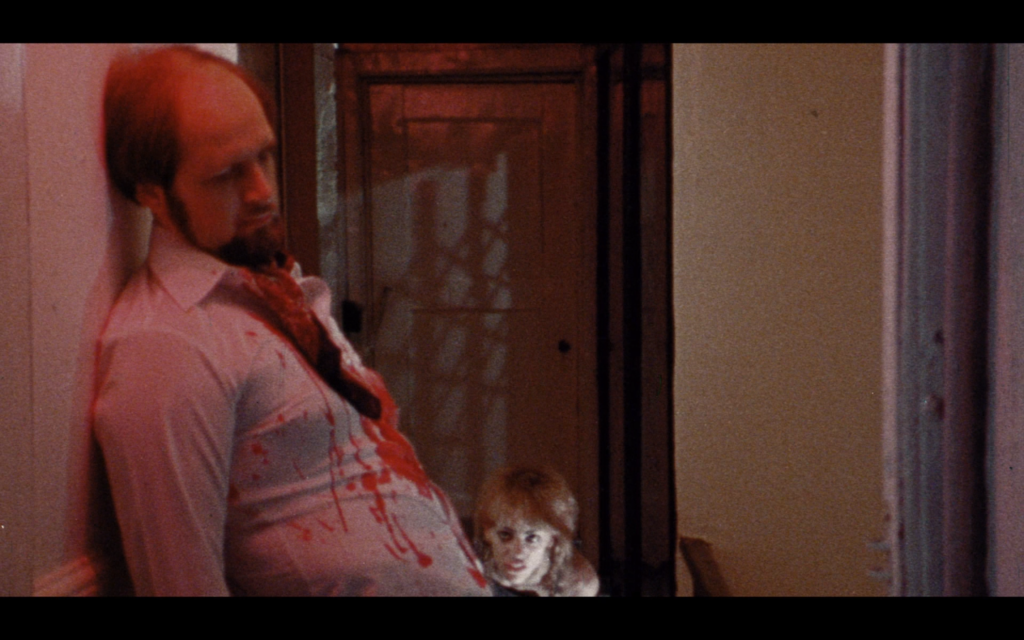 While somewhat amateurish compared to his later works, Ferrara’s The Driller Killer still demonstrates a deft hand at the beginning of what would be a stellar career in film. For this release, Arrow has compiled a strong visual presentation with a variety of presentation options that will be sure to please Ferrara fans and cult film aficionados alike. Pairing the stellar release with two very strong featurettes, one a full-length documentary focused on the locations in the film, makes this release one of Arrow’s best to date.